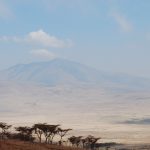 Tanzania: Hiking to the top of Moyo Hill, you pass by an array of birds which fly from shrub to shrub; mousebirds squeak as you approach; fiscals are perching on a nearby stump; wagtails run away without too much concern; the stray oriole is spotted on a whistling thorn.

Standing at the edge of the hill, you overlook the Rift Valley; the lands seem to lead to eternity. Pieces of hay float through the air, thirty to fifty meters high, spiraling down like nature’s confetti. African black swifts soar in the distance with companions; an occasional raptor can be spotted in the clouds. A sunbird flies by, lands on a nearby flower. The organism is no bigger than your middle finger.

Tanzania: Lake Manyara is your destination. Walking in a large open savanna, alongside zebras, wildebeest, and gazelles; blacksmith plovers amaze you with their brilliantly decorated plumage, seemingly imitating a penguin. After passing giant wildebeest skulls, an oversized Marabou stork flies from afar, landing only twenty meters away. This animal is only a few inches shorter than you.

Approaching the lake, thousands of flamingos come into sight. You want to get closer, so you walk beyond the floodplain and onto the muddy lake bed, which is covered in a crunchy white surface of salts. You walk for ten minutes into the middle of a barren wasteland, and you cannot see anything accept white and blue in the distance. This can’t be real, but it is.  Eventually, the flamingos fly away, all at once—a pink out! What an incredible sight…as you walk back to shore, a large flock of pelicans form overhead.

Tanzania: As the Land Cruiser nears Tarangire, new species of animals appear. Guinea fowl forage on the roadside; superb starlings sparkle blue and orange as they fly past; the terrain vastly changes as the environment becomes more arid, lower in elevation. Inside Tarangire, your Land Cruiser drifts off away from the crowd of safari tourists, traveling on dirt roads that seem impossible to pass.

The vehicle bounces up and down, shifts left and right; the adrenaline rush is unexplainable. You reach the highest point of the park, and the view is amazing. Numerous acacia trees shade the distant elephants, giraffes, and lions. You arrive at a massive baobab tree, where hundreds of water buffalo stare you down. Time to turn around! Buffalo weavers hidden in trees attempt to conceal their bright orange, black and white plumage. Leaving is not an option in your mind.

The experiences are extraordinary and endless. Those described spanned approximately ten hours.  I’ve been here for more than two weeks. Tanzania… 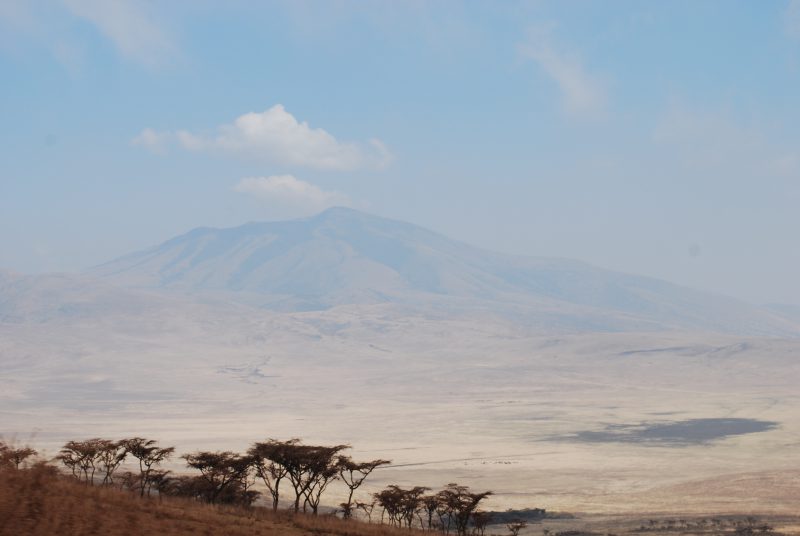