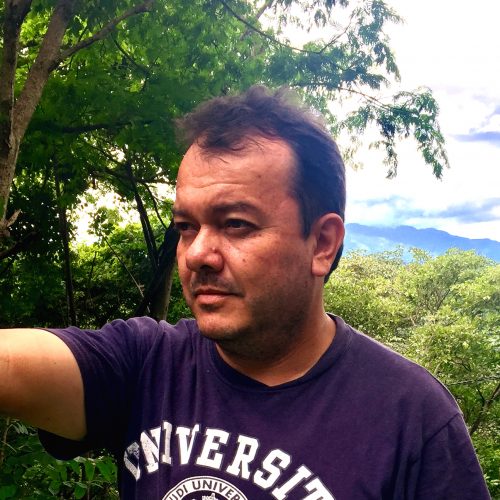 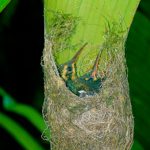 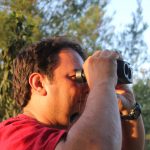 Lowland Hummingbirds Are Moving Up… Is Global Warming the Culprit?

Dr. Avalos will be submitting this observation as a scientific note for publication.

One of the most evident and immediate consequences of global warming is the rapid shift in distribution ranges of plant and animal species. There is recent highland habitat colonization by species usually found in lowland environments. The recent arrival of the Keel-billed Toucan to Monteverde in Costa Rica is one of many examples. Bats are also experiencing elevation changes in their distribution, and are moving up.

The consequences of such changes in the abundance and distribution of plants and animals are unknown, although we may predict local extinctions in the short term, especially in species with small distribution ranges and very specialized habitat requirements.  We also expect that species that depend on transient resources such as flower nectar will be some of the first ones to be impacted by global warming. Mountain areas serve as a refuge for lowland species, as they remain relatively cooler in comparison to lowland habitats during times of climate change.

Hummingbirds are among the first species to respond to these changes due to their high metabolic requirements for food resources, especially nectar. Hummingbirds have a considerable capacity to adapt almost instantaneously to changes in the spatial and temporal distribution of nectar. Some species consume several times their body weight in nectar, and also rely on small insects to complement their diet (thus the old joke, “You eat like a hummingbird,” is not really a compliment; it means that you eat a lot!) It is common to see hummingbirds stealing insects from spider webs. They need the protein, but their fuel comes from sugar.

During Directed Research last April, I had the chance to observe the Long-billed Hermit (Phaethornis longirostris) feeding on flowers of Giant Thistle Cirsium subcoriaceum at Cerro de la Muerte, at  2,900m of elevation on the Caribbean side of the continental divide of Costa Rica. The Long-billed Hermit is a characteristic lowland rainforest species, and within Costa Rica, it is typically found in the humid lowlands of the Caribbean and South Pacific slope from sea level up to 1,200 m (thus, Cerro was twice as high). This is your classic tropical hummingbird, and as such, it has been the subject of studies on bird pollination and bird-plant co-evolution in the tropics. It uses a feeding strategy called “trap-lining”, which consists in following a route of flowers, rarely returning to the same flower patch in one day. 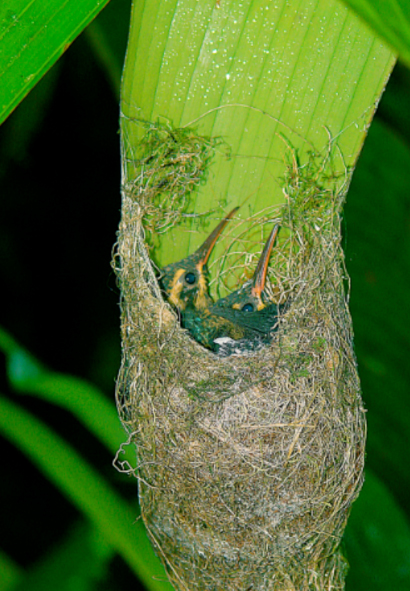 As a group, hermit hummingbirds have curved beaks and less flamboyant plumage relative to their non-hermit relatives (which usually have more metallic colors and short, straight beaks), and are sluggish and sometimes lazy, since they do not defend flower resources (non-hermits are more aggressive, usually defend a good patch of flowers, and are capable of incredible flying maneuvers). Hermits build their nests hanging from the tip of palm leaves (see photograph), usually laying two eggs. As the chicks increase in size, their beaks also increase in length. Female hummingbirds feed them with a nectar soup sprinkled with insect body parts. Male hummingbirds do not help rearing the young. The Long-billed Hermit is a typical trap-liner, ranging from central Mexico and Central America, to the tropical rainforest of northwestern Colombia, western Venezuela, western Ecuador and Peru, and Amazonian Bolivia and Brazil.

What is a lowland rainforest species doing at Cerro de La Muerte? 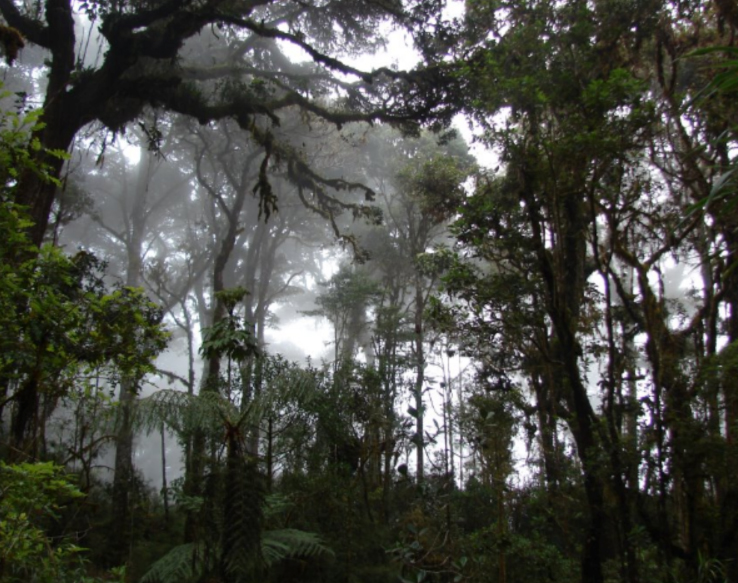 Cerro is dominated by oak forests and páramo ecosystems. Temperatures range from 25°-0°C, and may approach -5oC before dawn and 28oC at midday during the dry season. The dry season lasts from November-April, and the wet season reaches a peak during September-October.  At the end of the dry season there is a blooming peak for most hummingbird-pollinated plants. The Caribbean side of Cerro de la Muerte has closed, continuous forests, buffered by Tapantí-Macizo de la Muerte National Park and Rio Macho Forest Reserve. The maintenance of continuous biological corridors between the highlands and the lowlands will be critical in the near future for the conservation of lowland species. Although trap-lining hummingbirds have been traditionally considered incapable of thriving in the highlands (mainly because of high energy requirements associated with withstanding low temperatures), temperature increases in the lowlands (combined with habitat loss) may push some species out of their normal ranges into the highlands, where they could benefit from transient peaks in nectar resources.

This is one sign of how what we do is linked in many subtle ways to the natural world. Our consumption patterns and the way we relate to the land is becoming the most important selective pressure on biodiversity. 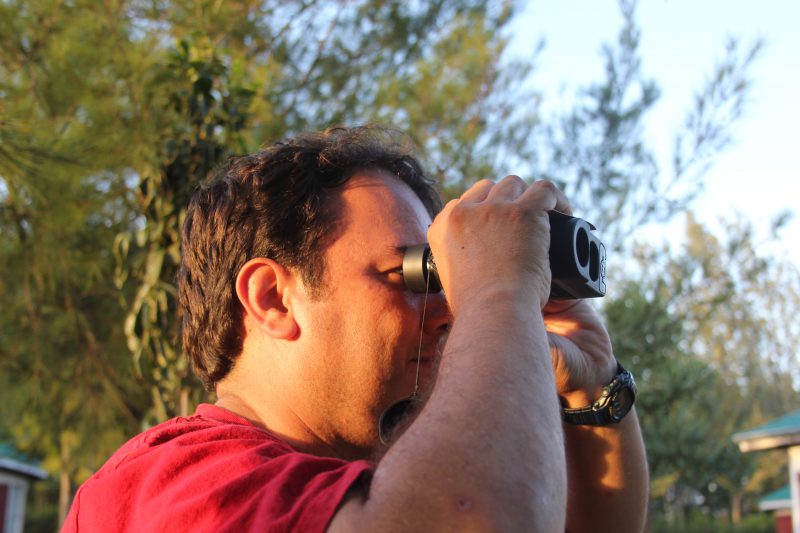