Becky Halvorsen, SFS East Africa Fall ’10, has a thrilling story about camping in the Serengeti:

“One of the night guards, named Askari Bora, spoke hardly any English but he made fantastic animal noises,” she said. “He did a particularly awesome hyena impression. ‘Fisi hehehehehehe, Askari Bora BAM BAM BAM,’ he would say, while pantomiming thwacking a hyena with his club. During the middle of the night I woke up to that cackling hyena noise. All I could think was, ‘Askari Bora, it is the middle of the night, why are you making animal noises outside our tent?’ Then I heard a roar and I realized that wasn’t a human making those noises! When we got up in the morning we were told that lions had killed a zebra on one side of camp and the hyenas on the other side were trying to steal their kill. We were in the middle of a battle for dinner! It made me appreciate our night guards all the more.”

This was exactly what she had signed on for. When she chose SFS Kenya/Tanzania over other study abroad programs, she was hoping for close encounters with the beautiful and unique animals of the savanna – elephants, lions, wildebeest, hyenas, zebras, giraffes, hippos, and more.

However, she was also seeking an experience that would go beyond any sort of typical safari tourist experience. “I wanted to be working and living with the local people,” she said. 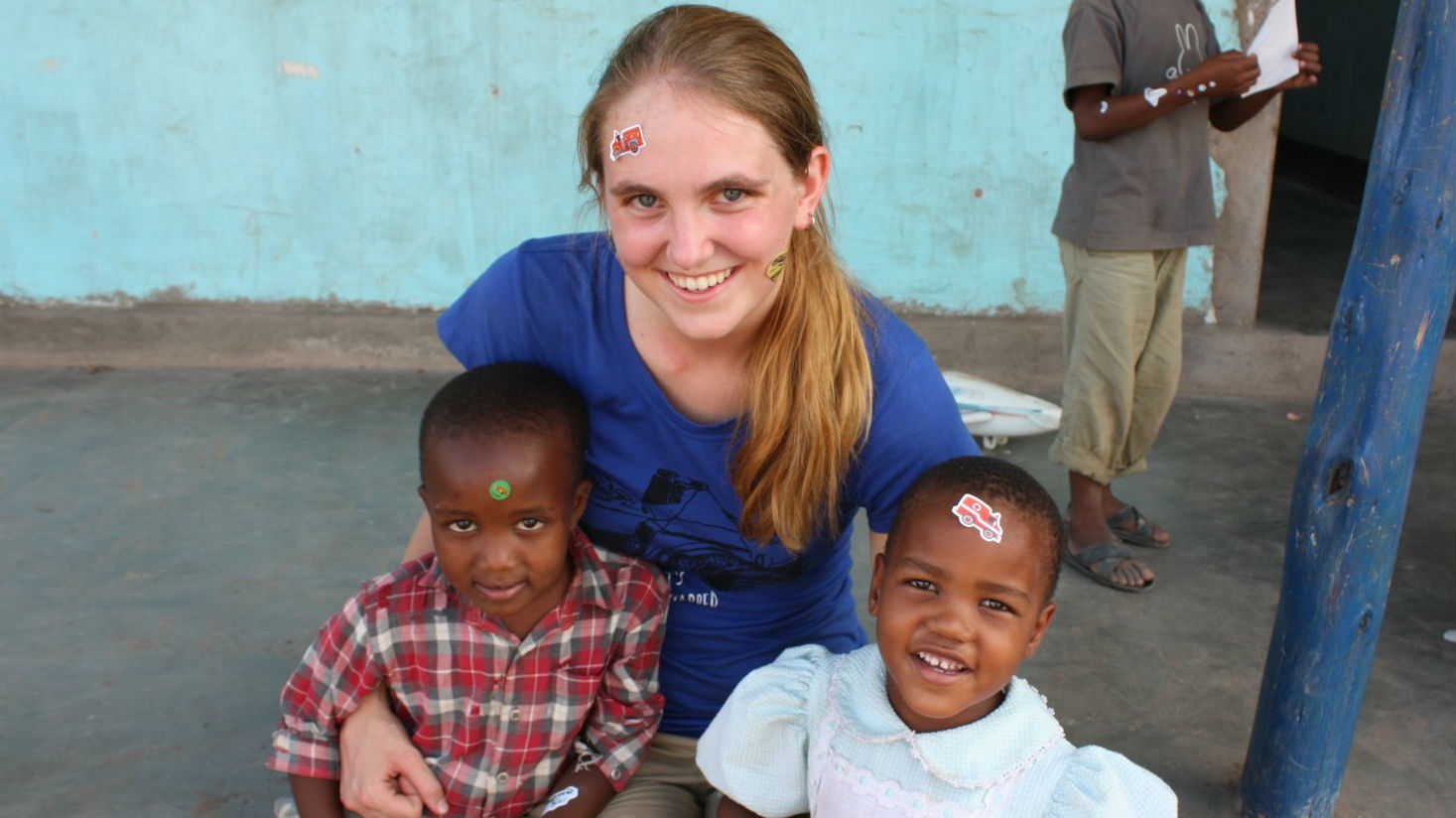 Becky’s semester in Kenya and Tanzania provided her with opportunities to get to know some of the Maasai villagers, including a day-long homestay with a local family. “I spent the morning playing with a little four year old girl. We played head-shoulders-knees-and-toes in Swahili, we drew in the dirt, and we played other games common with little kids at home. When we were walking to the river to get water, she held my hand. At one point, her little brother came up a tried to take my other hand. She stopped him and redirected him to Kate, the other SFS student, with a comment that I could not quite understand, but the gist of it was: this is my mzungu, or white person, you can have that one.”

“I ended up falling in love with the people there,” said Becky. “It was one of the experiences that helped me make up my mind about pursuing a career in medicine.”

This July, Becky is returning to Kenya with SFS to participate in the field practicum in public health and environment. She is looking forward to spending more time focusing on the environmental issues that affect the health of rural Kenyan communities, like access to clean water and quality health services.

After the program, she will spend six months volunteering with Nyumbani Village, a self-sustained community that pairs orphans and elders who have lost their families to the HIV pandemic. “It will be another life changing experience and I think I will come out of it feeling more prepared to conquer even bigger goals, including medical school, which I will start in the fall,” she said.

Good luck, Becky, with all your future adventures!