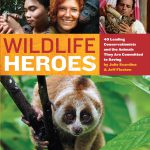 Jeffrey Flocken (SFS Kenya Summer ’90) is the DC Office Director at the International Fund for Animal Welfare. He recently coauthored a book called Wildlife Heroes with fellow conservationist Julie Scardina that has been featured on the TODAY SHOW, the Tonight Show with Jay Leno, NPR, and Sirius Radio, and has received endorsements from celebrities like Ted Danson, Jack Hanna and Dr. Jane Goodall. All profits from the book will support wildlife conservation efforts.

I had always wanted to help wildlife; however, I wasn’t sure in what capacity. SFS offered the opportunity to experience conservation first-hand and get a feel for what it would mean to work in the field as a wildlife researcher. I’d always dreamed of studying wildlife in Africa. SFS was exactly what I was looking for. 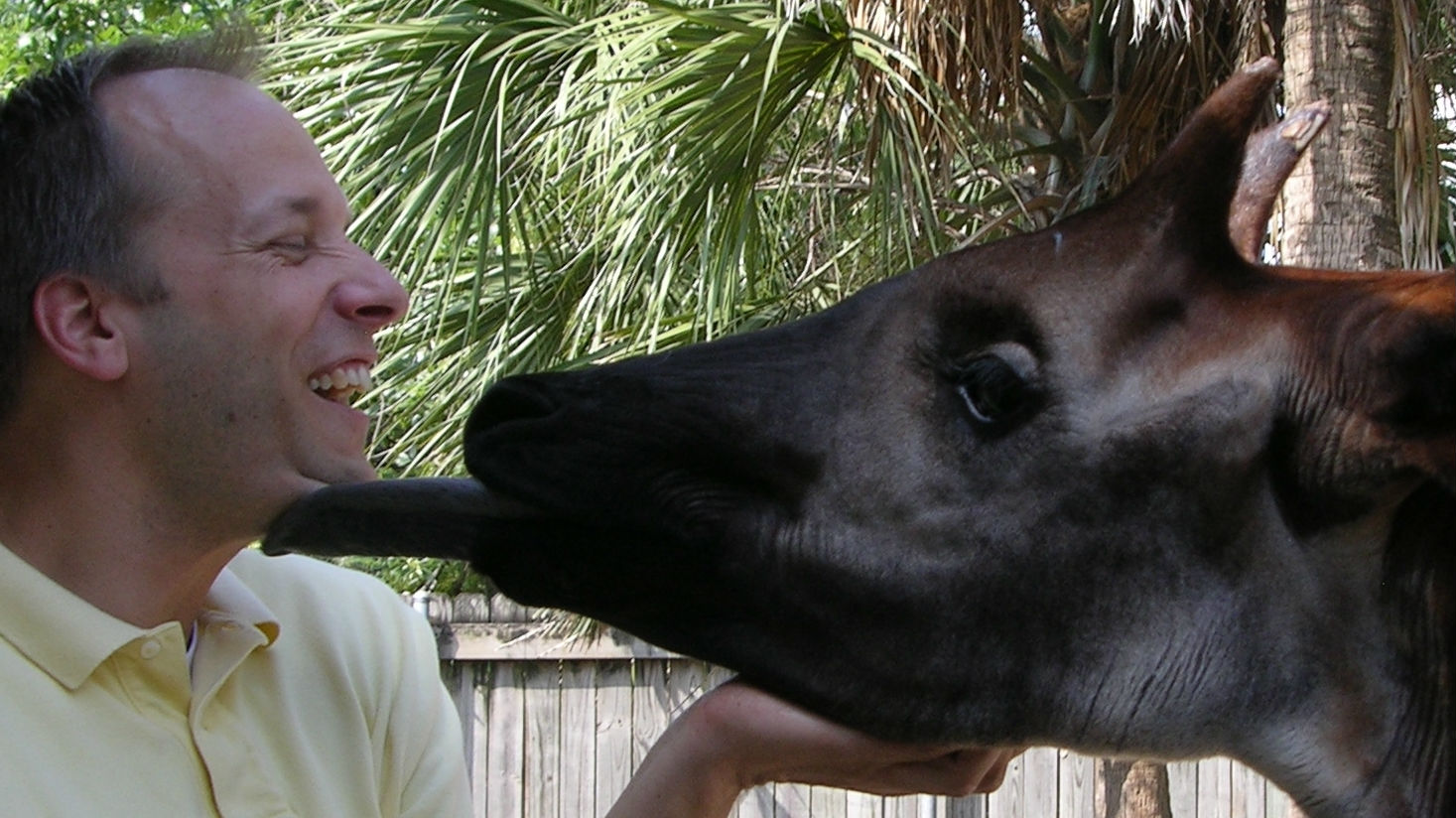 The course attracted amazing people! I actually met and shared a hut with a student who ended up being the best man in my wedding fifteen years later. He was the first vegetarian I had ever met, and he inspired me to give up meat as well (22 years and still going). We bonded over the experience of studying in Africa and our passion for wildlife conservation, and we stayed friends for years. He died tragically of cancer two years ago, but before he did he worked in the Peace Corps and started an organization in southern Africa helping people with AIDS. Since graduating, I have run into other students and instructors from my class who have also devoted their lives to wildlife conservation and the environmental movement.

The funny thing is, although I was looking to gain field experience, and I really did love it, my time at SFS helped me decide that I, personally, could do more good for conservation with policy work than with field research. As soon as I got back to the University of Michigan, I switched my focus from science to pre-law and have been doing wildlife conservation from a policy and education perspective ever since. Some of my career highlights have included spending two months in India filming a documentary on tigers, creating the flagship endangered species program for a national conservation group, traveling the Brazilian Pantanal for an educational wildlife expedition, and working for the U.S. government on an annual 10-million dollar grant program to help internationally endangered species.

Five years ago, I was offered the job of DC Office Director for the International Fund for Animal Welfare (IFAW). In this position, I head-up U.S. policy for an international organization that carries out wildlife conservation and animal welfare projects in over thirty countries around the world. I work with a staff of dedicated professionals (lobbyists, lawyers, communicators, and policy experts) who analyze opportunities for creating or improving U.S. wildlife policy to better conserve wildlife and promote animal welfare. This means working with government officials, businesses, scientists, congressmen, or fellow conservationists — whatever is necessary to promote and advance sound wildlife practices in the U.S. I was also one of the lead authors on a petition to list African lions as Endangered under the US Endangered Species Act – which if successful, will save hundreds of imperiled lions from needless deaths every year.

I saw my first wild elephants when I was on the SFS course in Kenya. Now, many years later, I was directly part of a victory that will stop thousands of elephant ivory pieces from being sold online. My office speared-headed an investigation into U.S. websites being used as platforms for buying and selling endangered species and their parts, in particular the sale of elephant ivory. As a direct result of our work, the world’s largest buyer-seller website, eBay, agreed to ban ivory on all their sites. This victory means fewer opportunities for selling ivory from poached elephants, a species still seriously threatened with extinction.

Recently, I ventured into new career territory: wildlife author. I coauthored a book called Wildlife Heroes with a fellow conservationist Julie Scardina. In it, we profile 40 real-life conservationists and the animals — and the threats to biodiversity — that they are dedicated to working on. We wrote the book because we’ve both been so inspired by individuals we’ve come into contact with around the world saving animals, and we wanted to share their stories. The wildlife crisis our world faces is huge, but luckily there are amazing individuals tackling the problem.

Sales have happily surpassed expectations. Apparently people are eager to hear inspiring stories about helping animals, as we’re on our third printing since it was released in March 2012. It helps that we’ve gotten good media attention from outlets including the TODAY SHOW, the Tonight Show with Jay Leno, NPR, and Sirius Radio, as well as endorsements from celebrities like Ted Danson, Jack Hanna and Dr. Jane Goodall. And, my coauthor and I are giving 100% of our profits to wildlife conservation, so all sales help animals, which I think makes people feel good about buying the book itself.

Interviewing 40 of my personal heroes was amazing. Many I already knew from my own wildlife conservation career, but every one of them inspired me all over again after learning anew about their unique contributions to saving wildlife. I am so obsessed with animals that I can’t help but be starry-eyed when I talk to people who have dedicated their lives to saving them.

Without a doubt, I got where I am today because I am passionate and committed to wildlife conservation. I always knew what I wanted to do, and I pursued it with vigor, taking advantage of every opportunity to learn more about the field and meet people involved in it. For anyone interested in pursuing a career path like mine, I advise you to network aggressively and don’t be afraid to take chances. And most importantly, take advantage of every opportunity to get out into the field and see the animals you are working to protect. That is what keeps you motivated! 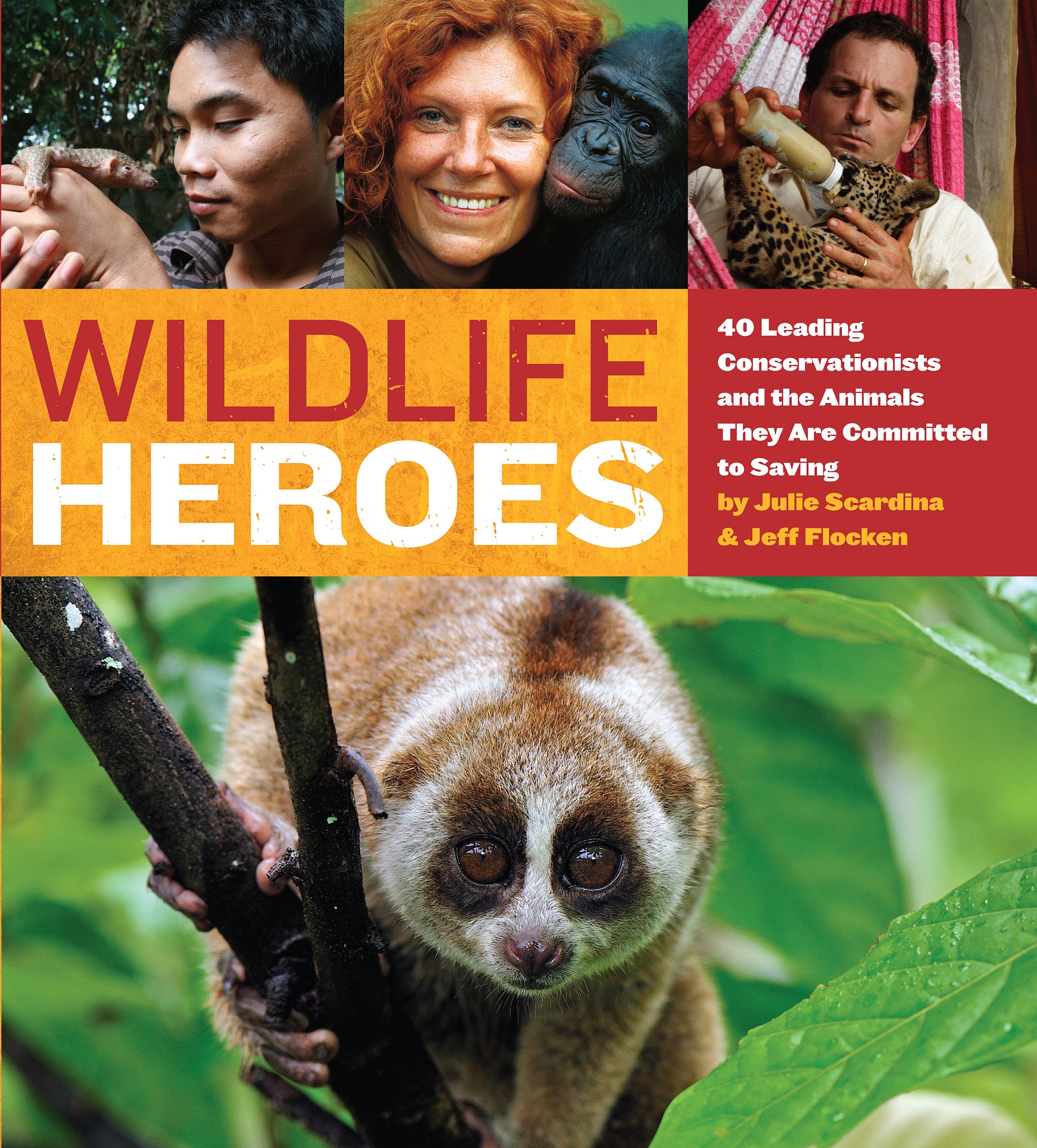 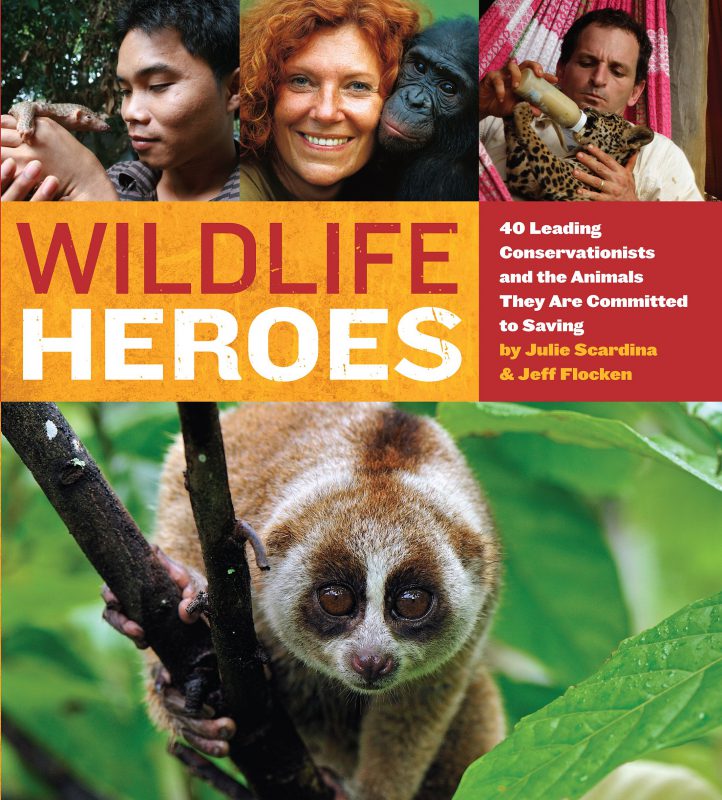