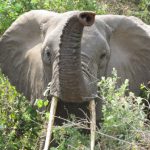 The Tanzania summer II course is designed equip students with the field skills to scientifically approach wildlife conservation. After a day of orientation, students were ready to hit the road. We began with field learning on vegetation assessments.  For a scientist and conservationist, systematically observing nature is critical. To achieve this, students spent two days in Lake Manyara National Park doing field observations and developing ecological questions and hypotheses under my guidance.

On the social-economic policy front, John Mwamhanga has been teaching students participatory skills for assessment of human-wildlife conflicts and natural resource use. Recently, students were able to learn the techniques of preventing soil erosion by participating in laying out contours in efforts to address siltation in Lake Manyara National Park.  In an all faculty-led traveling lecture, students were exposed to the intricacies of running a tourist souvenir business with a talk by one of the curio business managers.

Later we took a tour with the division warden wildlife officer in Mto wa Mbu game hunting block, where students were enlightened on how sport and subsistence game hunting is managed in Tanzania. Eye opening lectures on bush-meat and wildlife-livestock interface have been offered by the faculty. Tomorrow we host a lion expert for a talk on lion ecology. Kudos to the students, as they have shown tremendous interest on this course. 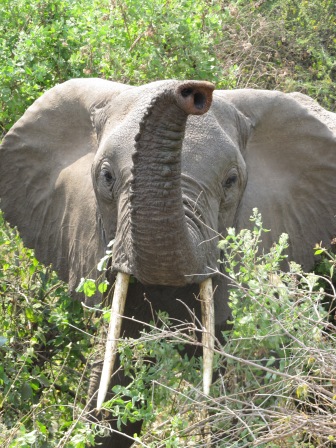