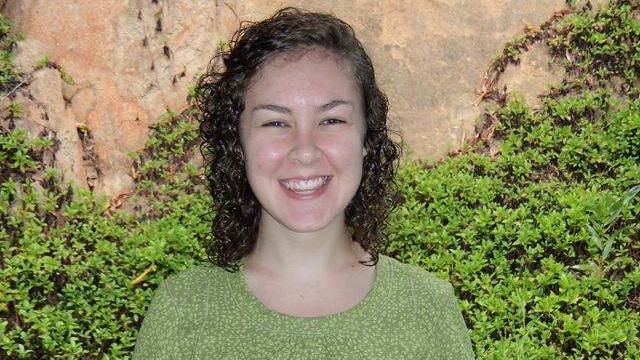 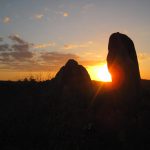 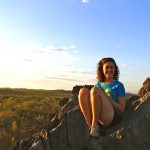 What the Sky Can Show

After living in the rainforest for 5 weeks, we got a break from the dense trees, leeches, and, well I would say rain, but it has been particularly dry so far, and took a trip to a town called Chillagoe on the edge of the Outback. It was neat to get to see a bit of the quintessential Australia, but I think now I am glad to be living in the rainforest, even with its multitudes of leeches and minimal kangaroos. 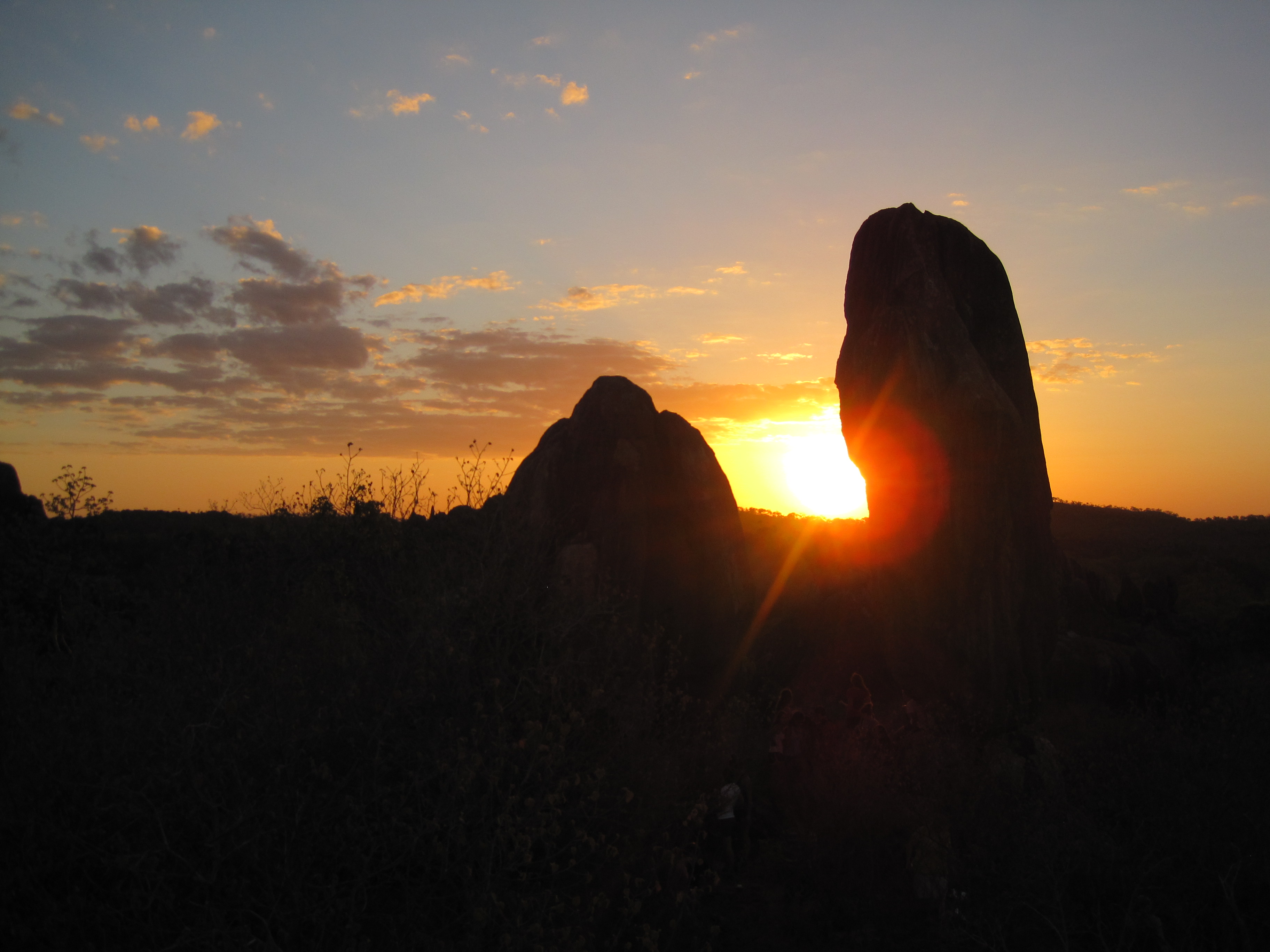 Chillagoe was hot and dusty, but the best parts of the trip — and what made it wonderful for me — were during the mornings and evenings.  When the sun was down, it was markedly cooler and the most spectacular beauty came out.  Late in our first afternoon there, we went to Balancing Rock for a lecture.  Like many little excursions on this trip, I did not know what the place would be like.  The beauty in the park ended up being twofold.  First, there were amazing rock formations.  It was called Balancing Rock because two massive rock formations had been eroded away in such a way to look as if they were precariously balancing on too-small tips.  Second, because we went in the late afternoon, the sun was just beginning to set.  The sky lit up in oranges and reds and made the rocks huge, black silhouettes. 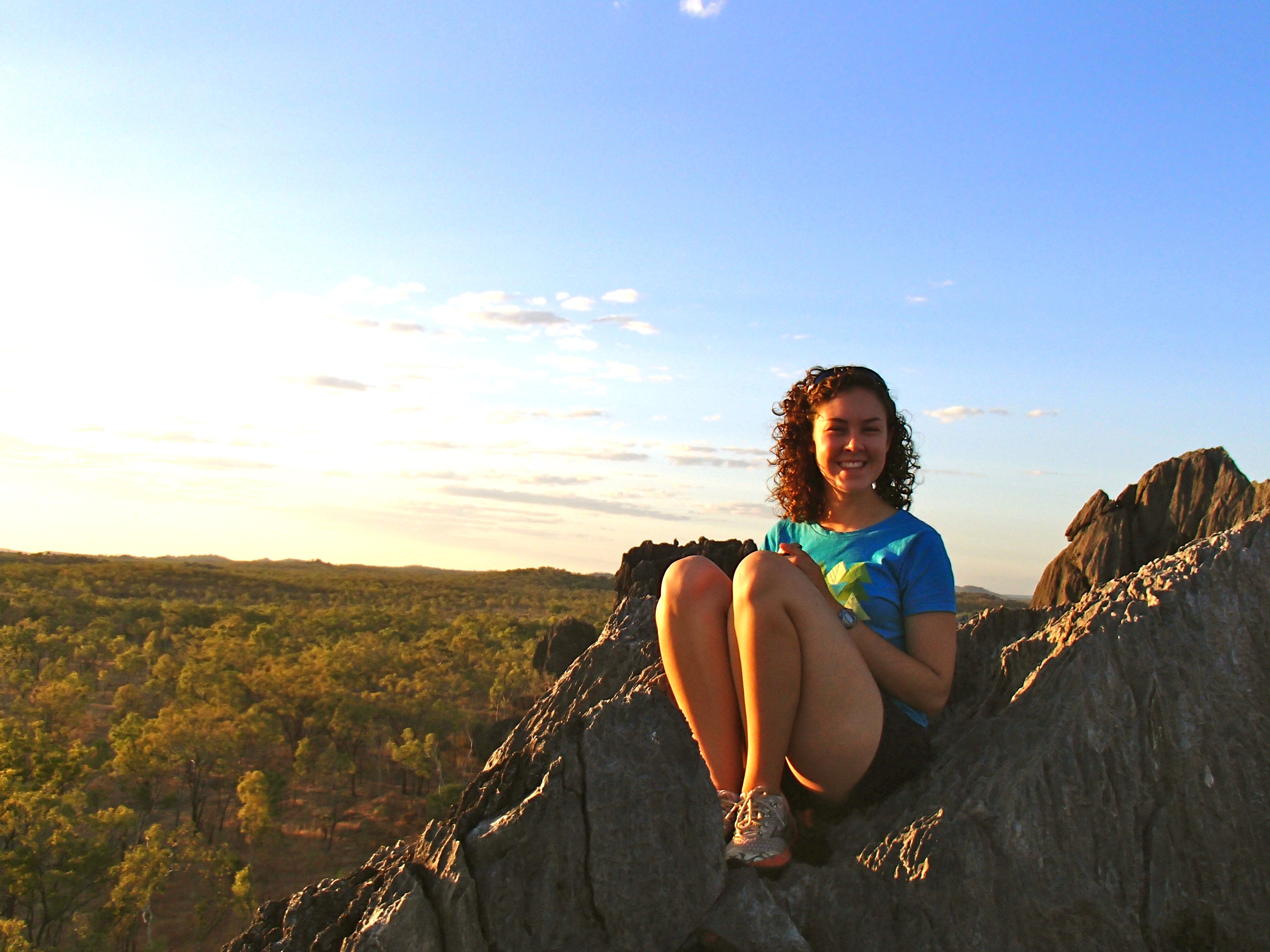 The next morning, at 5:00, several other students and I rose out of bed to watch the sunrise.  However, in order to really watch it come up over the horizon, we had to climb up several rather large hills.  The night before, when we were planning this excursion, we were hoping that this would be a different morning run workout with a spectacular break in the middle.  Instead it turned into a bushwhacking adventure. We had to make our way through rocky terrain with few to no paths and lots of dry, scratchy low brush.  And, to make it better, it was still completely dark for the first 25 minutes of the hike.  After scaling the first hill, we realized that we needed to climb another two in order to see the horizon.  This made the hike take a bit longer than we expected, but it was entirely worth it.  We could see out over the scraggly tress of the outback for miles, and watched the sky get lighter and lighter until the sun finally burst over the horizon and began to send shoots of light over the landscape.

The sun created a spectacular show with its setting and rising, but in between, the stars showed their own beauty.  While in the rainforest, I can see that the stars are beautiful, but there are only a few places at the Center where there is a big enough gap in the tree canopy to see many of them and many nights are cloudy, so I am not constantly reminded of how amazing they are. In Chillagoe, there are none of these limitations.  The first night, our ecology professor pointed out certain constellations and other features of the night sky.  The most spectacular was the cloudy streak of the Milky Way running straight through the sky.  Less obviously spectacular, but still amazing, was the Andromeda Galaxy.  We had to use binoculars to see the tiny paintbrush smear indicating the millions of clustered stars.

It was nice to return to the cooler rainforest, but I will not soon forget the sky’s spectacle in Chillagoe. 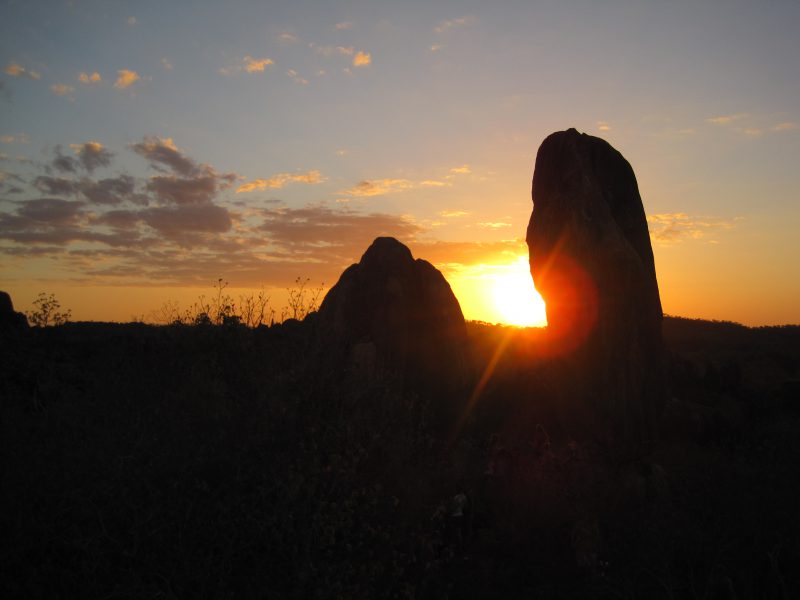 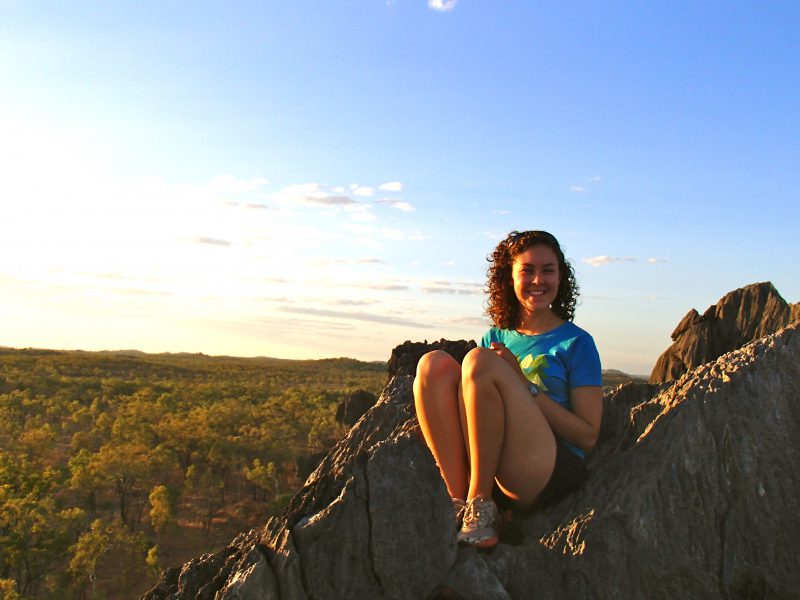