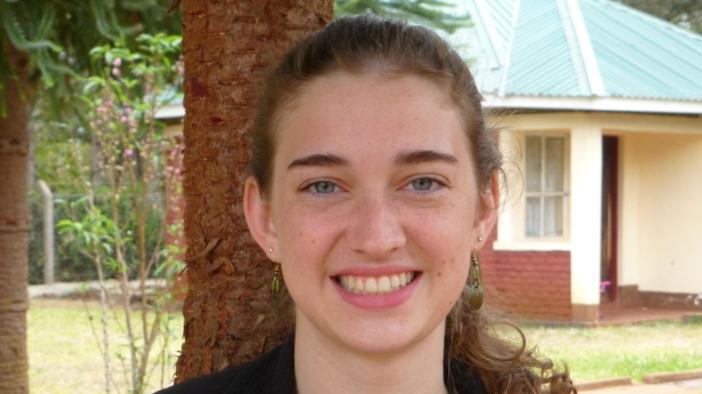 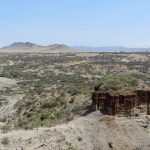 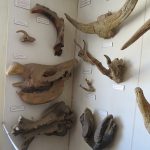 The Cradle of Mankind

How one could possibly describe a trip like the one we have just returned from is beyond my imagination. To say I am a changed person is both an understatement and a cliché statement, since such things are said all the time. All I can say is I felt more peace of mind and invigoration from life than even before.

Driving through Ngorongoro Conservation Area to reach Olduvai Gorge, the landscape changes from green and colorful (for the dry season, anyway) to a barren land of dust and dry. There is a point at which you can see a sharp line where the soil changes from grey, dry dirt to red, fine dust, which coats your body, hair, and everything else available (iPods included). 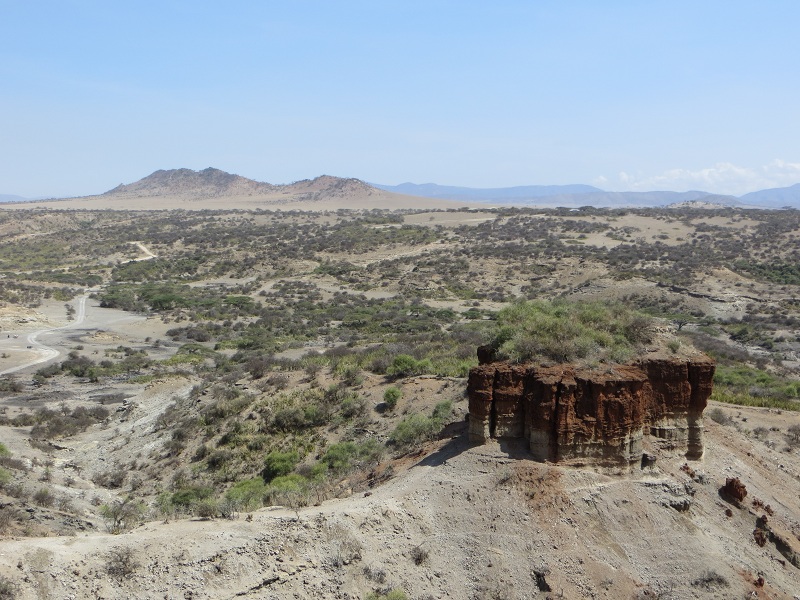 We arrived at the Gorge at approximately 10:00AM on Saturday. Olduvai—Oldupai in the original Maasai—is named after the sisal plant that is prevalent in the gorge. Though the Gorge is not overly spectacular to look at, there is a vague perception in that vast, dry wasteland, of the slowly turning sands of time, which gives one a feeling of complete insignificance. As our guide spoke of the peoples who have come before us, I looked out over the harsh landscape and saw, in my mind’s eye, ghosts of these early people walking across the unforgiving land in the presence of prehistoric megafauna and the volcanoes which made the preservation of their remains possible. 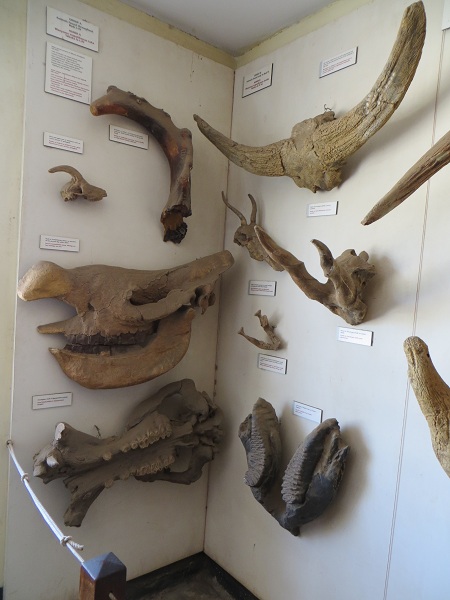 The gorge does have a small butte or “monolith” which shows the distinct rock layers, demarcating different eras of geologic history. The most recent layer, “Layer 5,” has been completely eroded, and Layers 3 and 4 did not reveal any fossils, because the conditions were not appropriate for fossilization, thus fossil remains are missing from a period of the Gorge’s history. The older layers, Layers 1, 2, and the basalt basement, house the multitude of finds which have occurred at Olduvai Gorge. Unfortunately, the only impressive remains available for viewing at Olduvai Visitor’s Center are those of the megafauna who coexisted with early humans, along with some replicas of footprint finds and skulls. Regardless, visiting the Cradle of Mankind before lunchtime is not an experience to be dismissed! After Olduvai, our convoy of SFS Land Cruisers continued on through the dusty landscape toward the gate of Serengeti National Park. 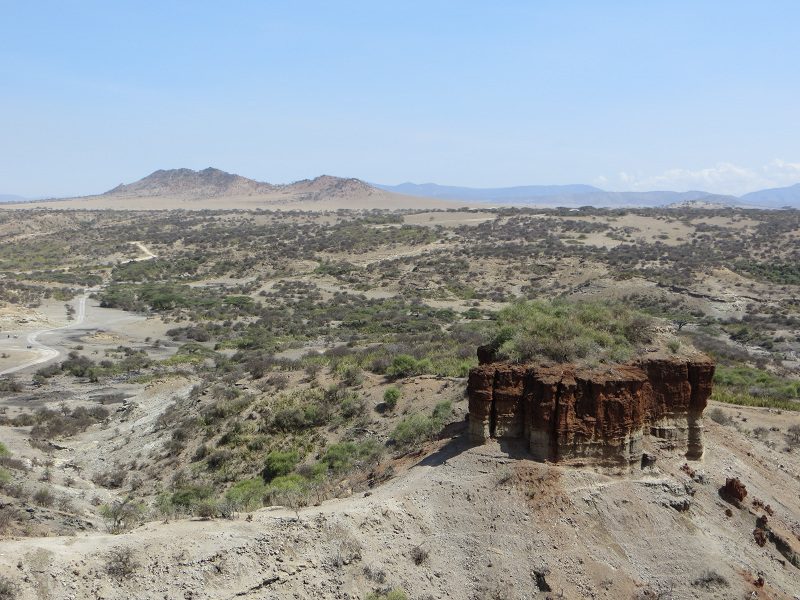