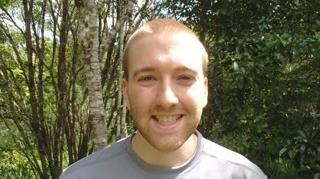 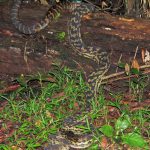 One of the first times the class of Wet 2013 ever sat together was for a lesson on how to treat snakebites. In short, all of us must carry two ace bandages at all times in case we are gnawed on. The staff made sure we perfected our methods by tightly mummifying the arm or leg of a seatmate, and afterwards let us know that the chances of us needing to actually do this are extremely slim—in fact, the number of students bitten by snakes in the last semester was as high as the number of snakes that were bitten by students: zero. We were relieved to hear this, and I assumed that snakes were going to be nothing but a very rare sighting on a bad day.

The next day, a snake laid out in the middle of the path to our cabin and didn’t move for almost twenty-four hours.

The day after, a few of us spotted our first python — roughly eight feet long, by our novice estimations. This python was seen again for two days straight, and was replaced by a slightly smaller python quite closer to the student center for three more days. We have almost all nearly stepped on our fair share of small black slitherers, and a group of about ten hiking students managed to be split down the middle by one rude crossing carpet python. I could not tell you the exact number of snakes I’ve seen so far, and I’ve only been here for two weeks. I can just say that I can count on my left hand how many days I haven’t seen a snake.

Nine of the ten most poisonous snakes in the world live in Australia. What’s more: the number one most poisonous genus of snake in the world, the Taipan, lives right around here, in Queensland, and one of the more taxonomy-oriented of us claims to have seen it here while waiting for a cab. It should be no secret that the Atherton Tablelands has snakes aplenty, and it can really be only a matter of minutes on a night walk before you spot one.

Here’s the thing, though: nobody minds one bit. There are 31 of us here and not one of us has hesitated to step just a little tiny bit closer to get a good look at a snake. In fact, a majority of us will come running to the excited shout of somebody spotting a species we haven’t seen before, and the number of photos and videos our group has collected of pythons alone would probably outnumber the photos and home videos up in your attic. We are a small army of men and women who have read a handbook on the most venomous creatures on Earth and thought that it would make a good checklist.

It’s not hard to understand this phenomenon. As any student or alumni of Rainforest Studies would attest, snakes are absolutely gorgeous creatures. They’re a VIP club of reptiles whose ancestors have looked at their primitive legs, asked, “I don’t really need these, do I?” and then wiggled their way through the jungle, eventually developing into a versatile wavy stick of an animal that can survive in just about any warm and wet habitat without needing a single extremity to do it. And how fascinating it is to watch them move! They range from progression via squiggling to a thick sliding powerhouse, seeming to just glide across the ground like a wet subway. My personal favorite are the tree snakes; the most likely to not be noticed until they take a swing at your face, but also the most hypnotic thing to watch, gyrating its head up into the air until it reaches a branch, hooking its body to it and continuing along. They’re also a little dopey— when I spotted one on the ground during one of my walks, I invited a friend to watch it swirl up to dry branches, only to have them snap off and send the snake down to the earth like a wet rag.

I must admit I never expected to gush about snakes before I came here. I also never expected to see so many, but being in the middle of a diamond of biodiversity, even for only two weeks, has made me realize that it’s easy to have your breath taken away by what bumps in the night. The presence of the most venomous creatures in this rainforest may jilt a handful of parents, but we know that we’re not exactly in their line of fire. We are here to observe and appreciate, to understand and assist, and all of us are doing that with utmost respect. I myself can already imagine trying to explain to my friends at home the beauty of these snakes, twirling a fork into a little twister as an attempt to imitate the hypnotic tree snake. 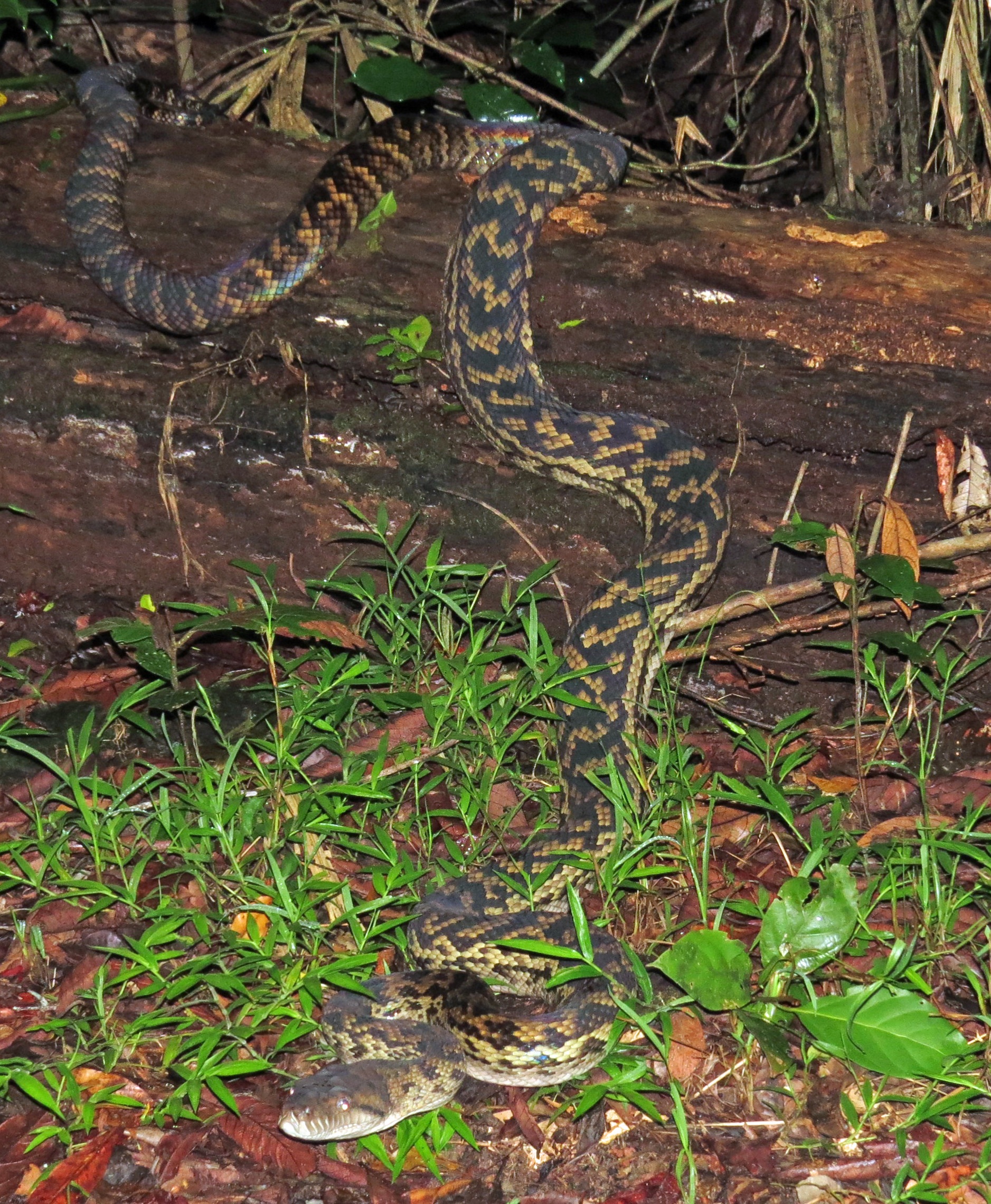 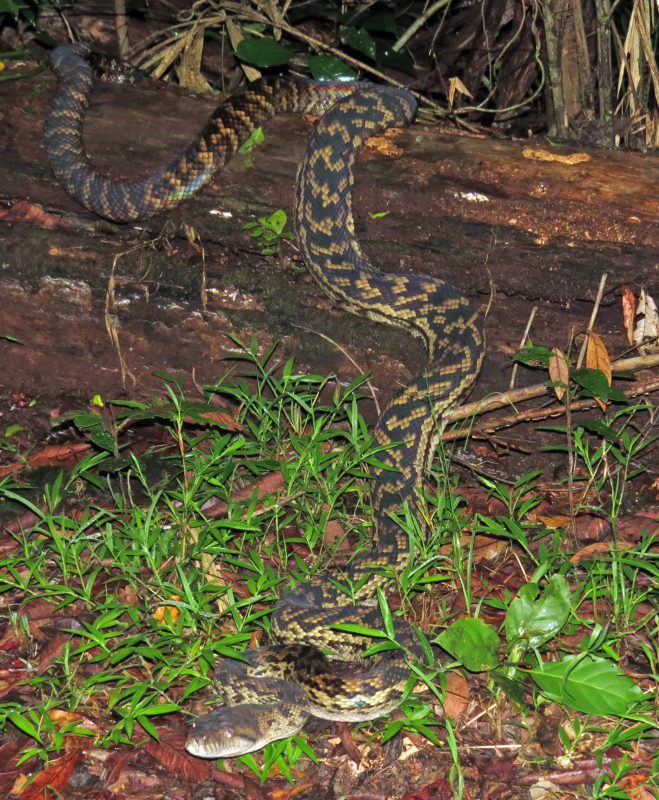