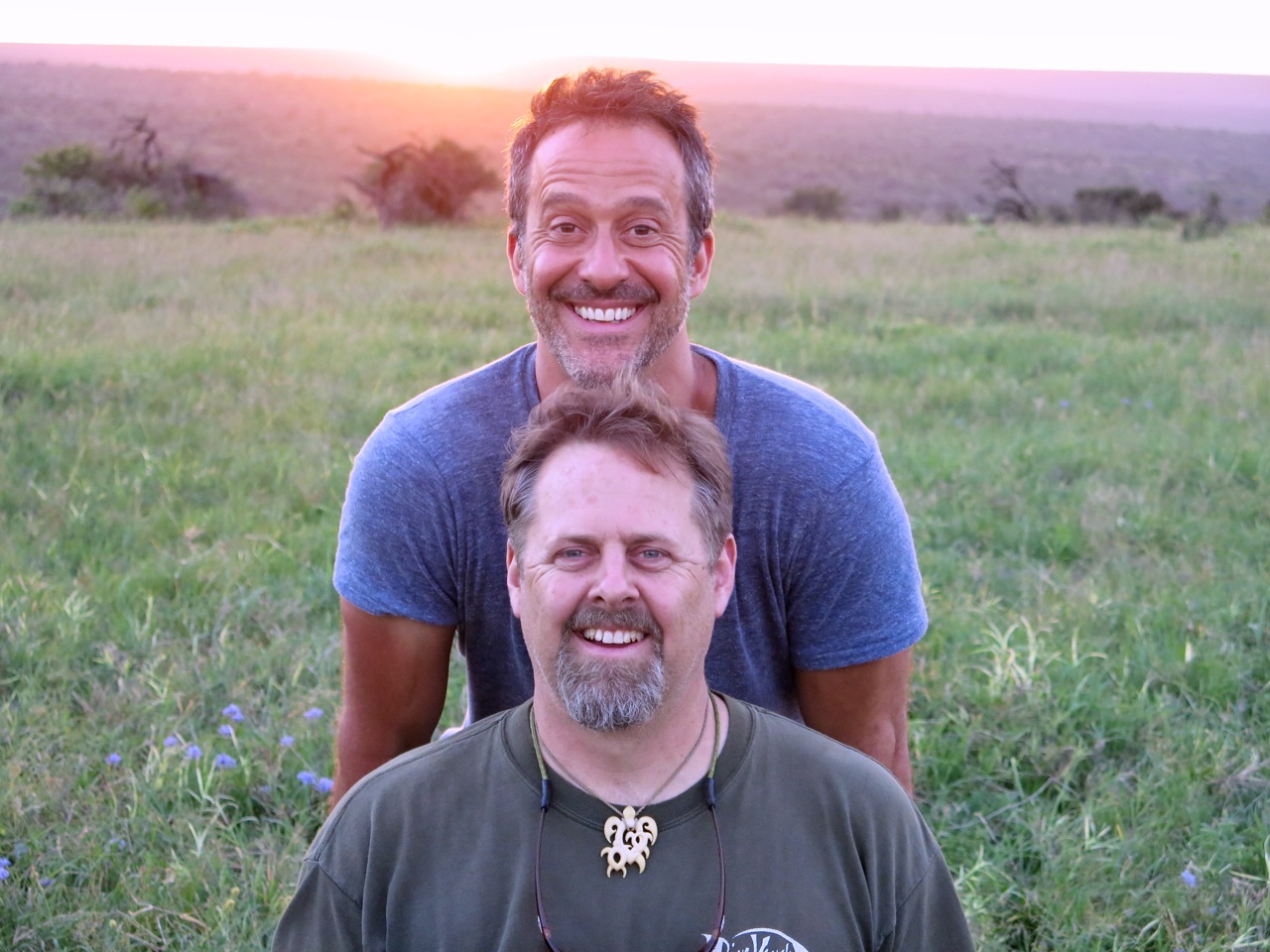 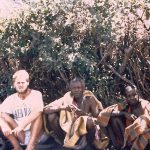 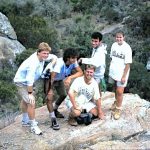 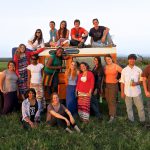 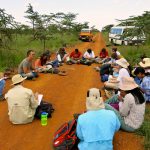 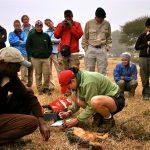 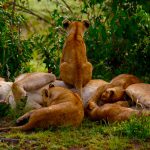 This September will mark 26 years since I first visited Kenya as part of the SFS Wildlife Management Studies semester program. In a pre-Facebook/Skype era, none of the 18 students knew much about the other until we arrived at the airport in Nairobi. Over the next three months, the experiences we would all share fostered a special bond of friendship among us; however, I could never have fully appreciated how my friendship with one of the other students, Todd Palmer (pictured above, top), would continue on right up to today. 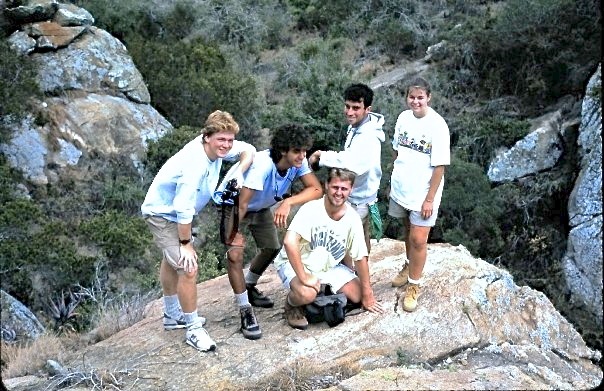 As SFS students in 1987 we were very different, and very similar. He was a junior at Oberlin College, having grown up with siblings in a Quaker community. I had just graduated from University of Delaware, an only child raised by a single mom in inner city Philadelphia. What we both shared was a passion for the outdoors, a keen interest in wildlife and ecology, and a fondness for singing any song we had ever heard as loud as we could, with or without an audience.  As we became fast friends in Kenya, our SFS experience helped to validate that we were on the correct path to realizing our dreams.

The paths we chose, like us, were very different. Todd has created an amazing academic career, and has recently received tenure as an Associate Professor in the Department of Biology at University of Florida. After we finished the SFS semester, Todd graduated from Oberlin and in 1990/91 went back to teach a Population and Community Ecology course for SFS in Kenya. He eventually went on to graduate school and completed his Ph.D. at UC-Davis while doing research in Kenya on the mechanisms of coexistence between four species of ants and Acacia drepanolobium, and the role of ant and plant mutualisms. Interestingly enough, while students at SFS, both of our independent projects were focused on the ecology of Acacia drepanolobium. With papers in Nature and Science, research featured in the New York Times on three occasions, and five major National Science Foundation grants, including a NSF career grant, Todd has put himself in a great place in which to educate and inspire others.

My path was less traditional. After SFS, I started graduate school at Humboldt State University. After one semester I left to pursue seasonal field research positions. After working as a sea-kayak guide in Baja, and as  National Marine Fisheries Service fur seal observer in the Pribilof Islands, I eventually ended up helping to monitor endangered Hawaiian monk seals on Midway Atoll. Living there for 4 years and working on projects as diverse as the impacts of marine debris in albatross to habitat restoration, I went on to work for a non-profit ecotourism organization based in San Francisco, Oceanic Society. With Oceanic Society I led ecotourism and volunteer research projects focused on sea turtles, coral reefs, and seabirds, in places as diverse as Tonga, Micronesia, Belize, and Suriname. After 24 years away from school I finally went back to finish my Master’s degree, and just a few weeks ago I received my M.S. from Harvard University’s Extension School.

This past May, Dr. Palmer (as he is known by his students) and I just taught a field ecology program in Laikipia, Kenya to a group of 19 undergraduates from the University of Florida. In some respects we have come full circle. We both have been lucky enough to create opportunities that have allow us to return to Kenya multiple times over the years. In fact, this is the 6th student group that Todd and I have worked with in Kenya since we started teaching together in Kenya at Mpala Research Center in the summer of 2002. What was different about this student group in May, however, was that for the first time there was not a single student in the program that had been born when we first came to Kenya with SFS in 1987! 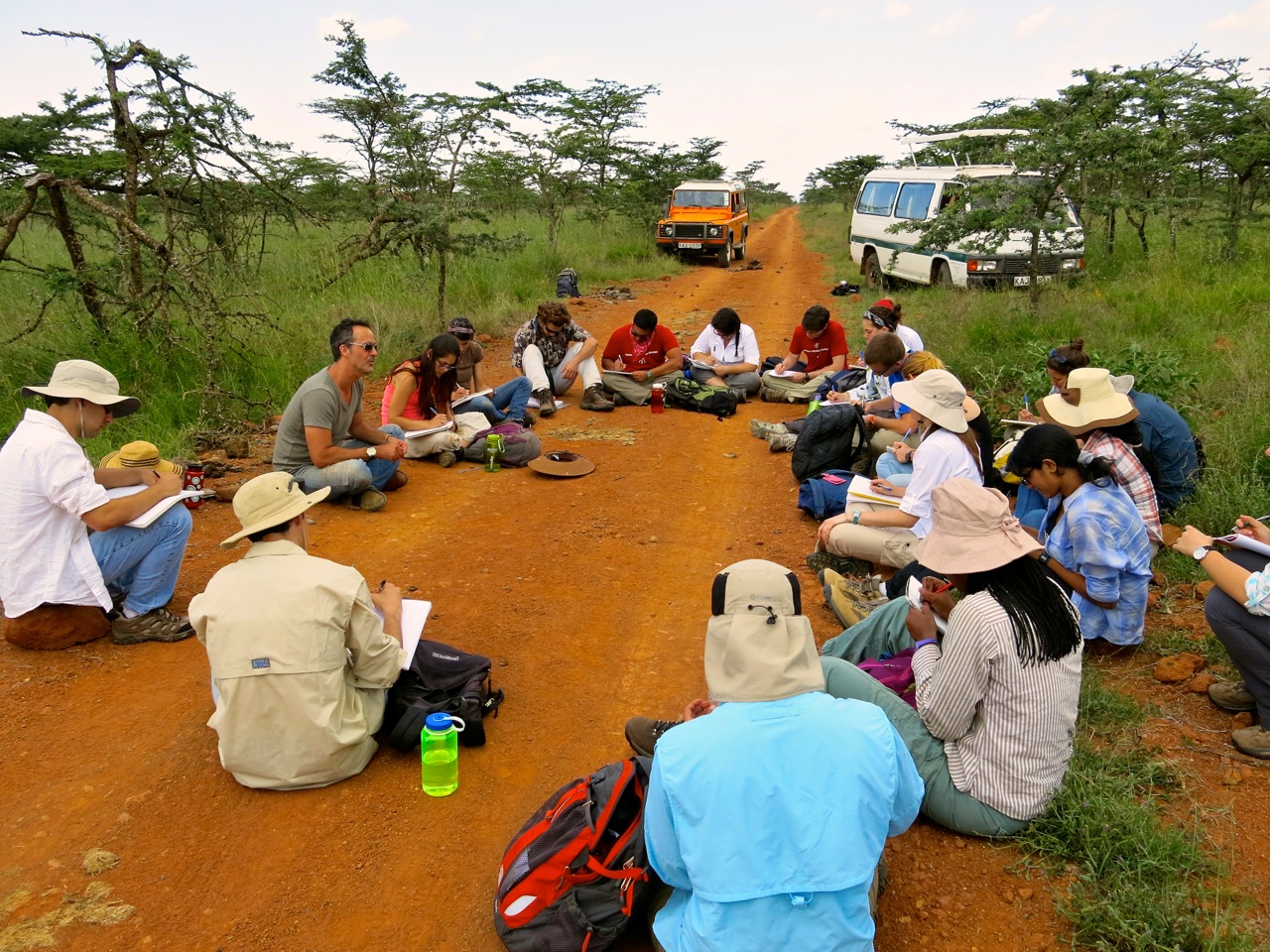 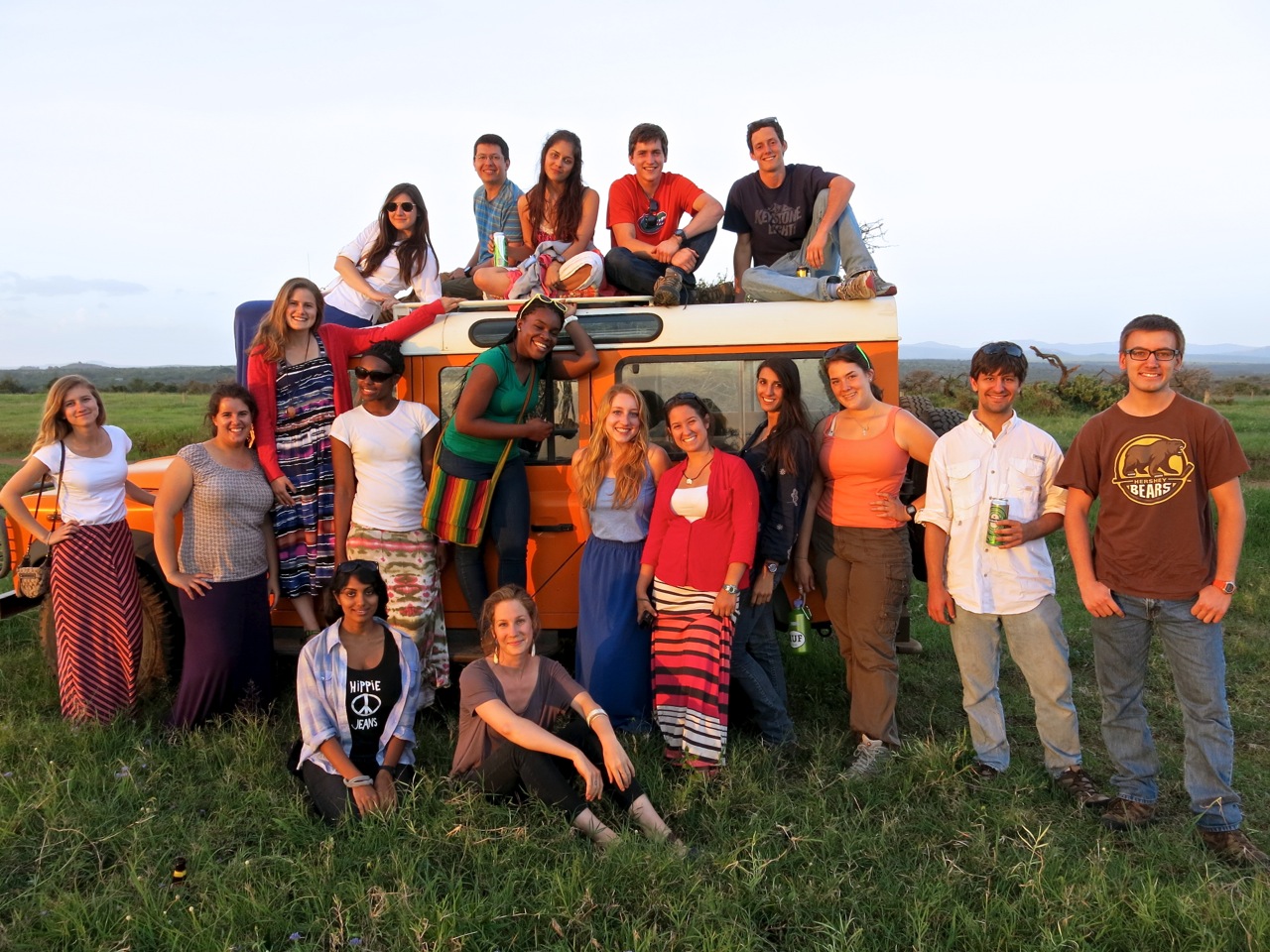 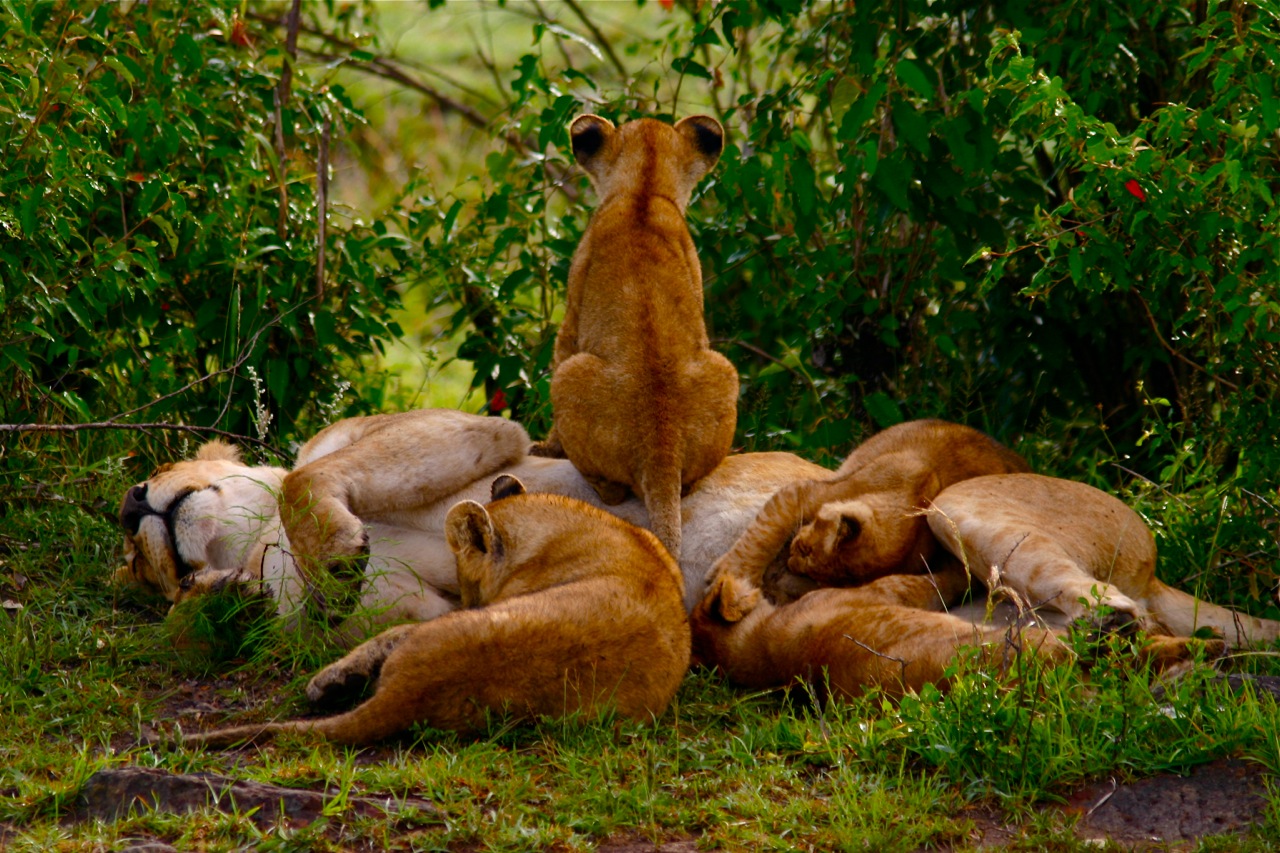 One thing that I believe contributes to both Todd and I succeeding as field instructors in Kenya is that we vividly remember our SFS experience where our primary instructor, David Wilkie, both inspired us and gave us lots of freedom to fully explore the “classroom” we were living in. We try to recreate that environment for our students by helping them to fully engage in an experiential learning program. We expect them to create a caring and exploratory learning community where all viewpoints can be collectively examined. Whenever possible, we also integrate a service component into our program to reinforce the understanding that successful wildlife conservation requires firsthand knowledge of the human component of the environment you are studying. Additionally, we both believe that art can be an effective way for students to become better observers and interpreters of the natural world. For that reason, each of our student programs has always included an artist’s (writer or illustrator) involvement.

I remember distinctly in 1987, about 2 months into our SFS program, Todd asking me “Wouldn’t it be so cool if we end up coming back to Kenya and teaching students?” 26 years later, both Todd and I feel privileged to be working in Kenya, to have such an amazing backdrop we can utilize to inspire a future generation of conservationists, allowing us to be re-inspired by their desire to make the world a better place. We are reminded daily of how our youthful dreams were ignited by a similar experience at SFS, enabling us as adults not to be discouraged by challenges we encounter along the way, as we realize both old and newly created dreams. 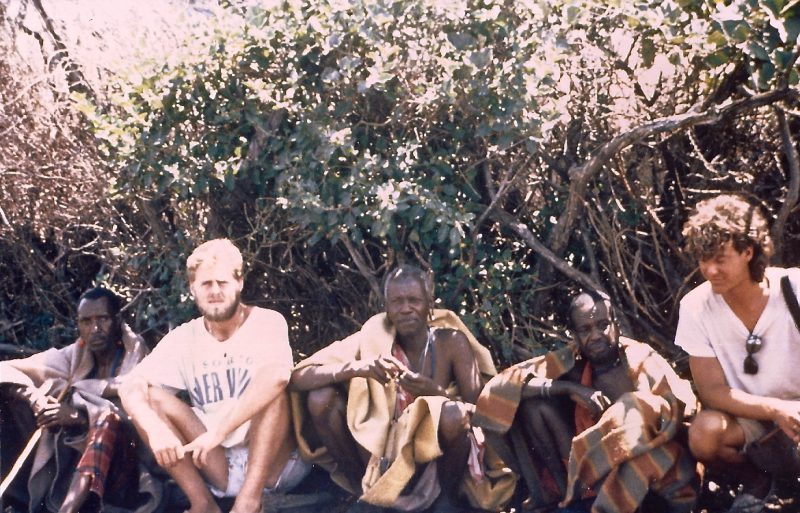 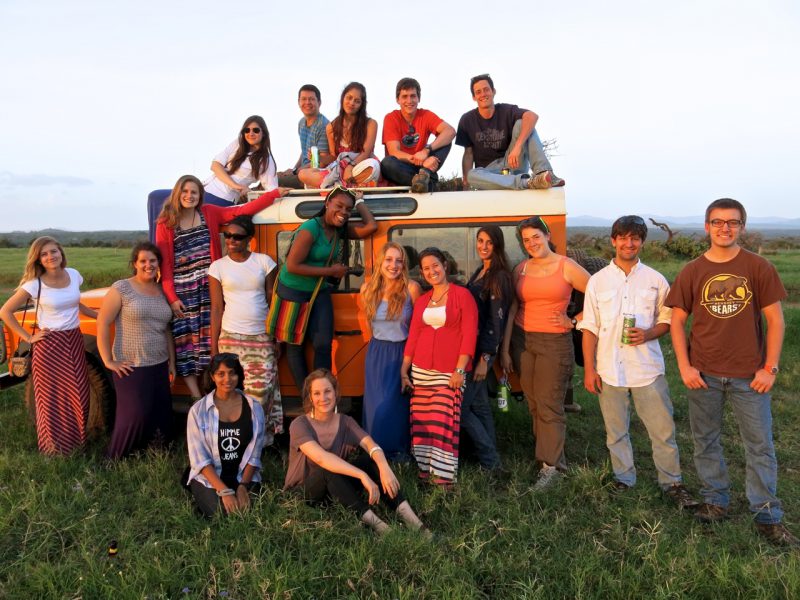 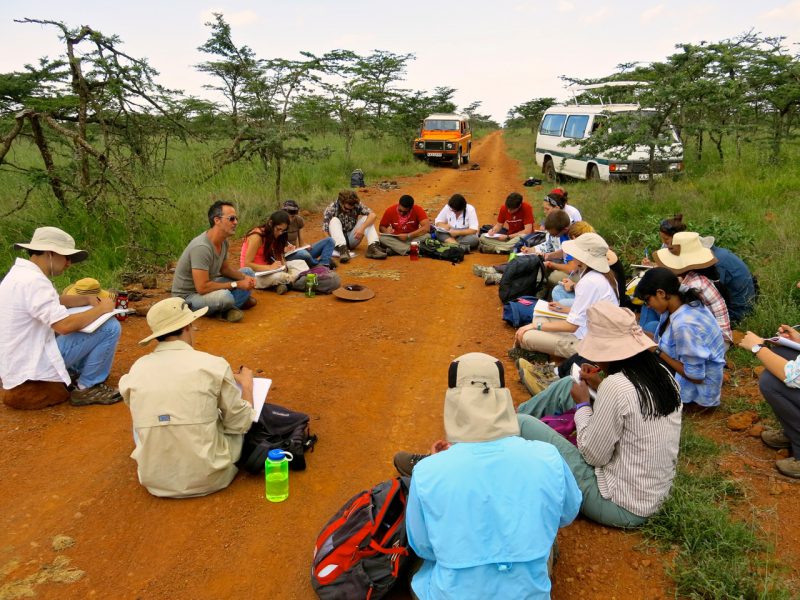 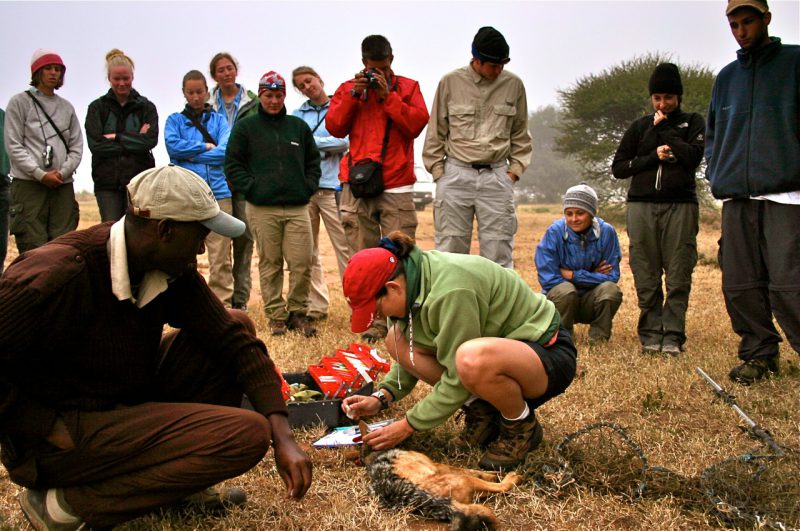 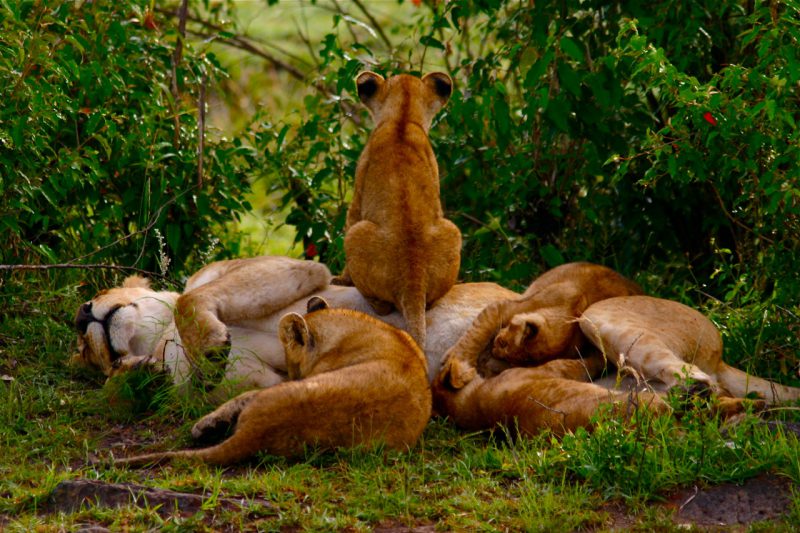