This report come after the switch of students between Tanzania and Kenya as part of the East Africa program aimed at enriching students’ experiences on conservation issues, especially on wildlife in both countries. 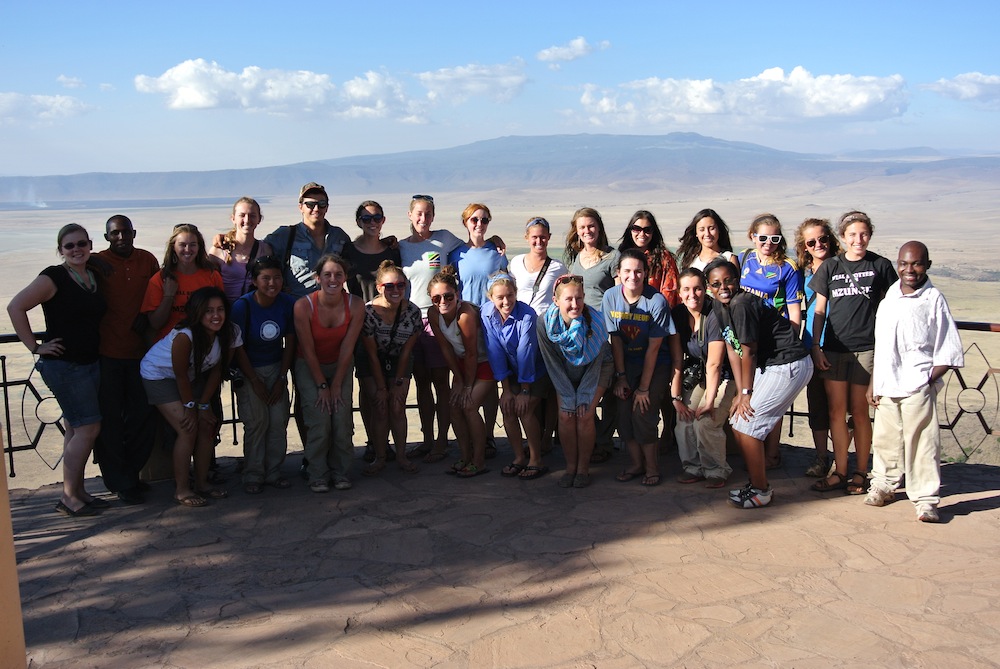 As part of familiarization in their new area for students from Kenya, students went for a traveling lecture, which covered the stretch from our Moyo Hill Camp to the Mto Wa Mbu irrigation scheme where all three faculty led the discussions on an overview of Tarangire-Manyara ecosystem, focusing on conservation challenges facing the ecosystem and an opportunities available to enhance conservation activities in the area. For more exposure on wildlife conservation in Tanzania, students visited Manyara National Park where ecological and management aspects were taught by respective faculty. Also they had an opportunity to visit Ngorongoro Conservation Area to learn about land and resource tenure regimes in Tanzania as a case study.

During this visit, students were given a talk by Chief Tourism Officer Mr. Asante Melita. Ngorongoro Conservation Area was established in 1959 as “an experimental” multiple land use area where people coexist with protected wildlife. Therefore, the Maasai’s pastoral mode of life, which is regarded as compatible to wildlife, was adopted as appropriate practice in Ngorongoro.  The Ngorongoro Conservation Area is managed by Ngorongoro Conservation Area Authority, the Tanzanian government institution under the Ministry of Natural Resources and Tourism. Its three core objectives are: (i) the sustainable conservation of biodiversity, (ii). safeguarding the rights of indigenous people—the Maasai, and (iii) promoting tourism.

The Ngorongoro Conservation Area Authority, on behalf of the government, owns, manages, and controls the use of land and all other natural resources. The local people have an access to use resources in specific areas, such as land for settlements; water; trees for construction and fire wood; grasses for thatching houses and livestock grazing; herbs for medicine; and livestock are allowed to go down the crater for mineral salt licking. Strictly cultivation is not allowed in the area.

The main question is: how long will Ngorongoro continue to be an “experimental” multiple land use area? Currently the management faces the task of balancing its core objectives in the presence of emerging challenges that it did not anticipate when it was established in 1959. These challenges include rapid population increases; changing lifestyles, such as the aspiration of the Maasai to modernized lifestyles associated with the human rights concerns; blooming tourism and need for investments in the area; and the existence of human-wildlife conflicts.

More research on resources status, utilization, and human action impacts should be conducted, as well as establishing socio-political dialogue between the Authority and the local people on how the resources can be managed and utilized sustainably in the area. Hopeful through this, the Ngorongoro model can last longer.