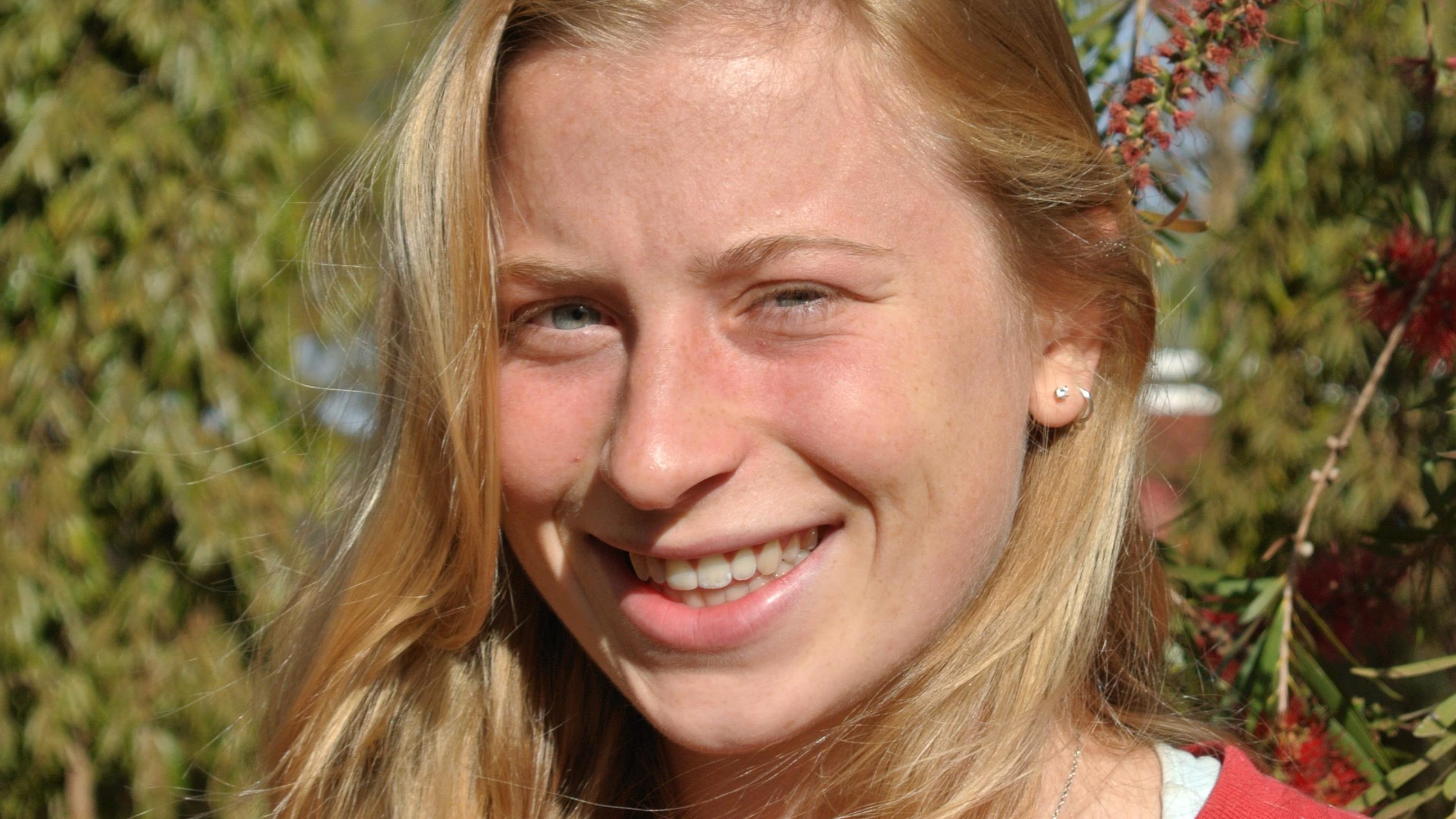 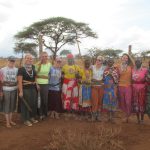 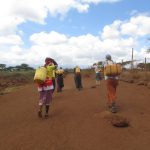 Today we spent the day with a local Maasai family for our Kenyan homestay. The Maasai are the native tribe that inhabits most of the area of southern Kenya where we live. They are historically a pastoralist people, although with land use changing drastically in East Africa in the past several decades, they have become more agro-pastoralist. We have visited several Maasai bomas in the past and they have all had a similar feel—a homestead with multiple huts within one Acacia-thorn fence surrounding the whole thing—but until today the longest we’d stayed was a couple of hours. Today, we really got the feel for Maasai living. However, we were not only onlookers but participators, too. 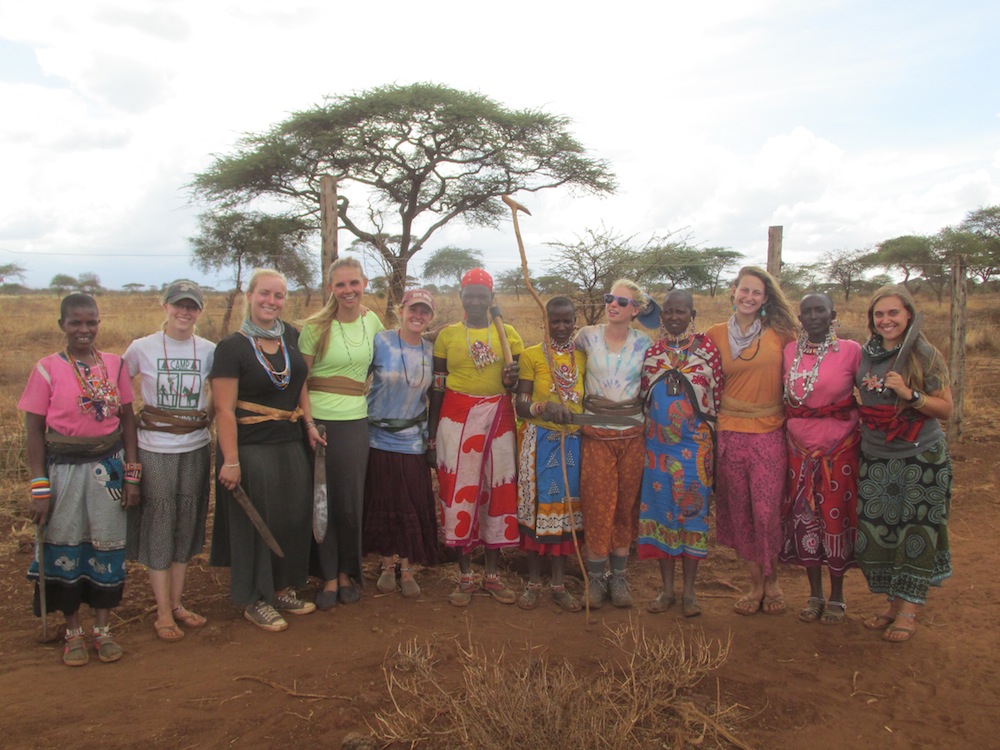 When we arrived this morning, we were immediately surrounded by the ten children that live in the boma with our two mamas, Margaret and Susannah. Margaret and Susannah share a husband, a boma, and all the responsibilities that come with that. By the end of the day, we realized that the boma “neighborhood” was quite an amazing community.

Our first task was to fetch water (chota maji) from the river nearby. The river itself was relatively close to our boma, and right outside Kilimanjaro Base Camp. In fact it was so close that we almost completely disregarded the rumors we’d heard regarding the difficulty of walking long distances carrying full jerry cans. Almost. The minute we stuggled to pull the full cans up to our heads, secured by a leather rope, the walk back to the boma seemed much longer. And longer it was. I was sweating within the first three minutes as the mid-morning sun beat down on us. Our group must’ve looked quite the sight—eight wazungus staggering down the dirt path as our mamas looked on, trying to help us balance our loads when we stumbled. It was fun.

We finally got back to our boma, and of course the next activity was to take more chai. Our limited Kiswahili works well for these simple conversations when we can just respond, “Ndiyo! Nzuri sana! Asante!” (Yes! Very good! Thank you!) Yet today Kiswahili wasn’t the only language barrier. Kimaasai is the Maasai native language and when I couldn’t follow their fast conversations, I could at least blame it on me not knowing Kimaasai instead of not understanding Kiswahili. Unfortunately I didn’t come away from the day learning much Kismaasai—except for a lullaby that we repeated for hours, singing to the almost two year old, Digika. I still have it stuck in my head.

After more chai, we followed our mamas into the tomato fields, armed with sacks to collect weeds from the crops. We worked in the sun for a while, filling all the bags, and then carried the bags back to our boma on our heads, utilizing the same head strap technique. The rest of our neighbors were also there with all of the collected weeds to feed to the cows—the community feel to it was really neat.

We were hungry after the few hours of work, and when we returned to our boma we began to make lunch (after boiling and taking more chai, of course). The hut that our mama lives in is small and dark, with only one small crack as a window to let sunlight in and smoke from the cooking fire out. It would’ve been a cramped space for one person to cook in—the two mamas, two students, and the children were quite the squeeze. We made ugali and mboga (a mix of cabbage, tomatoes, and onions). Ugali is hard to explain. It looks like mashed potatoes but is more the consistency of really thick oatmeal or grits. It doesn’t have much flavor, but combined with mboga it is tasty enough and extremely filling.

At our homestay with the Iraqw families in Tanzania we didn’t do much after lunch—it was a lot of pumzika, pumzika, pumzika (rest). Today we pumzika-ed for about ten minutes, playing with the kids, before our mamas initiated our next chore. “Twendeni!” (Let’s go!) Our leather carrying straps were wrapped around our waists and we left our boma in search of firewood. As with the other chores, collecting firewood is a community event, so we went off with our neighbors (both the mamas and the girls in my program). Five minutes into the walk, there were suddenly three giraffes (twiga watatu) browsing twenty meters from us. We walked parallel with them until we arrived at our designated firewood-chopping area. Our mamas had brought machetes with them, and we stood by feeling useless  as they swung the hatchets against dead branches, the wood making high pinging sounds.

The wood we collected for about an hour wasn’t nice New England pine wood where the worst injury you get is sticky, sappy fingers. We were dealing with Acacia thorns up the wazoo and my cut up fingers are proof of how tough these Maasai women are. The highlight of my firewood-collecting experience was watching my mama rig her own rope to carry the wood with from vines. She used several standard slip knots to construct her handiwork, and contrary to my fear that the vines would break as we walked home, it was a masterpiece. 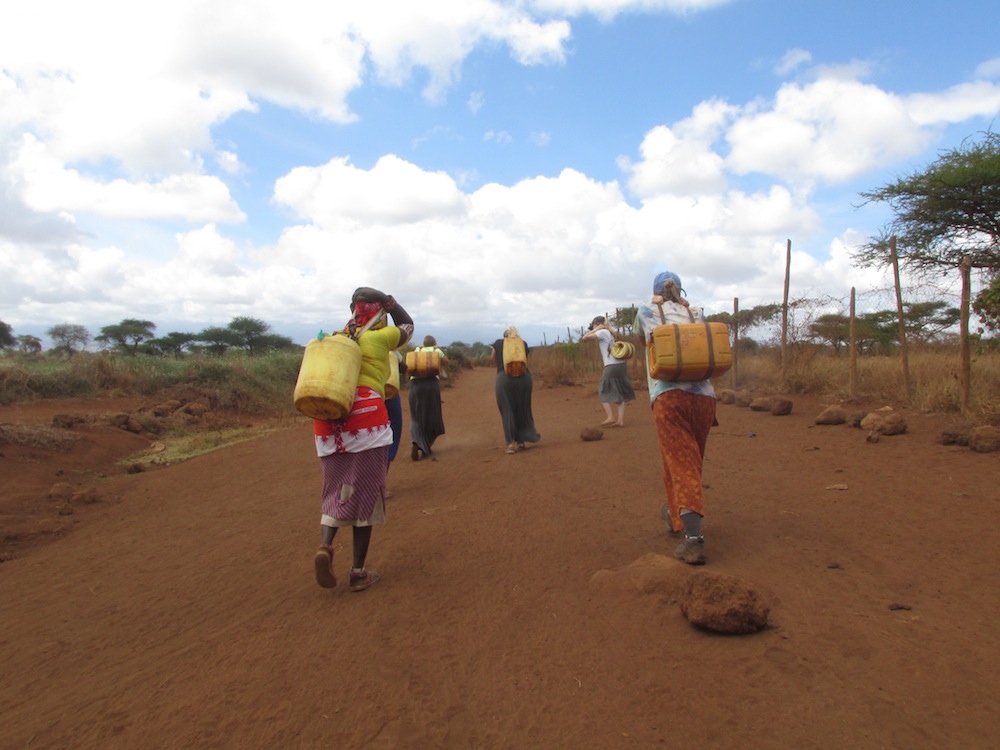 The rain started while we walked back to the boma, carrying our bundles of stick on our heads. It was a nice relief from the hot sun, and our motley crew smiled and laughed (that language is international) as our shirts soaked through, wet and dirty. We returned to our boma, saying goodbye to our neighbors and heading for shelter in the small hut. Then, of course, we drank more chai.

The time to walk home to our camp came too quickly. After saying goodbye to the kids, who had continuously stolen my sunglasses and camera all day to take selfies, the mamas walked us home. Margaret held my hand and we sung the Maasai lullaby the whole way. 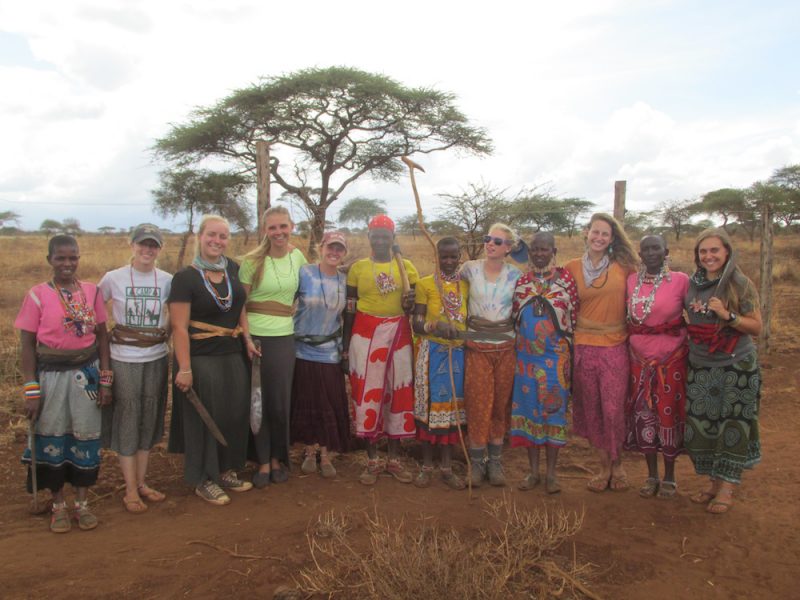 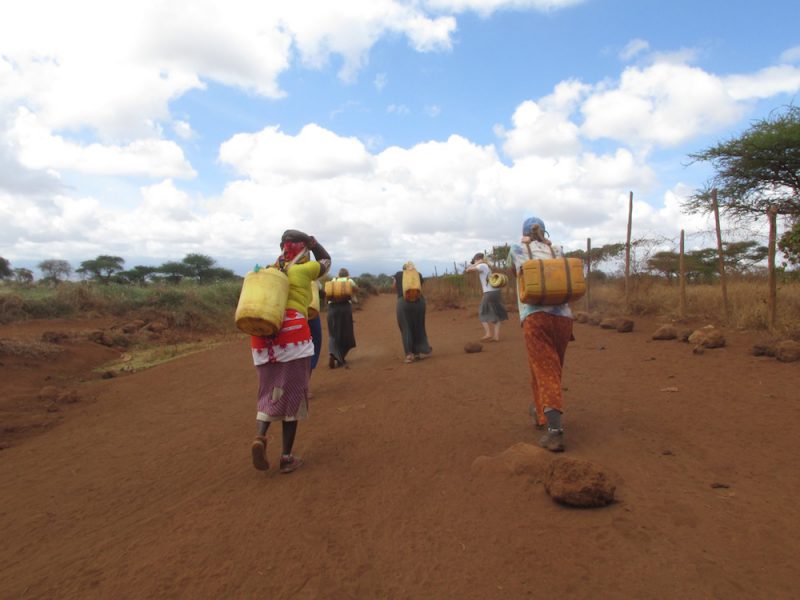