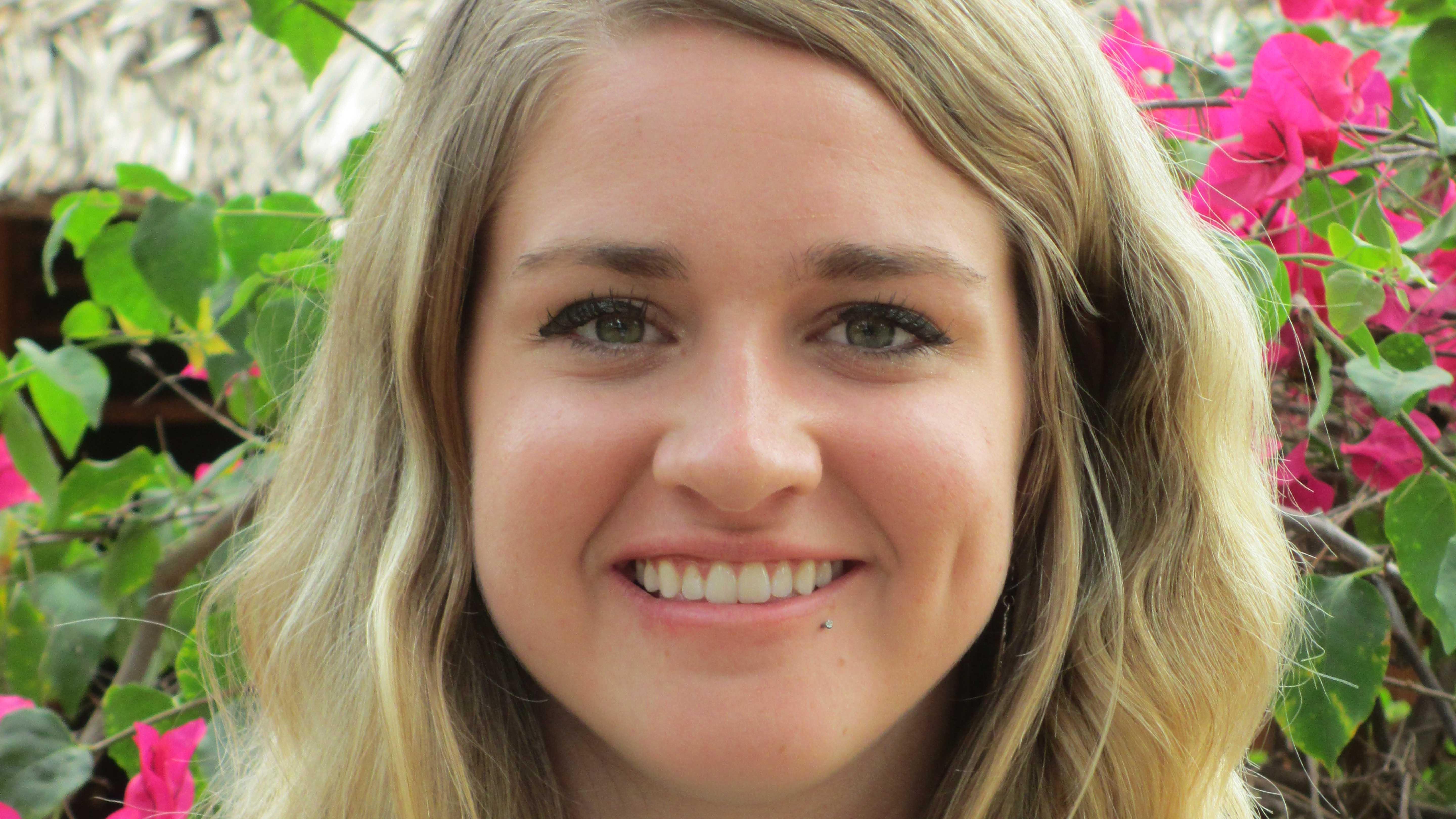 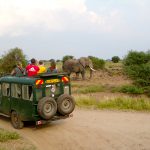 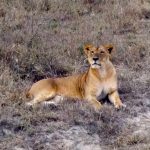 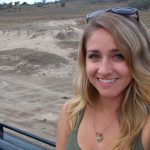 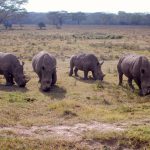 Time has gone by so fast and it’s sad to realize how soon we will be leaving our Kenyan home. There are so many things to be missed here at the Kilimanjaro Bush Camp (KBC). The wildlife in our camp is so entertaining and great to observe for a study break: the baboons are hilarious and mischievous with super complicated social structures.; bats love to swoop over your head as you study in the library; the birds are always getting into the chumba and trying to steal from the peanut butter jars and container of sugar. But my favorite little critters are the nocturnal bush babies. There’s something exciting about walking under the beautiful, clear stars and spotting a bush baby’s eyes staring at you between nighttime festivities. Not to mention that they are so cute when they jump around from tree to tree!

I would have to say the most entertaining moment of finals week was the actual testing period. I heard movement behind a wall and saw what looked like a black tube being pulled off a shelf by, whom I thought was, an employee.  I tried to keep my focus on the exam but after hearing a loud noise and glancing back up, I saw what it actually was: a few brave baboons took advantage of our vulnerability and jumped into the opening below the roof of the chumba and into the food serving area. A large male jumped onto the cabinet and was dragging a large branch of bananas!

One of the students alerted the Student Affairs Manager and the baboons were scared one by one out of the roof area. But that didn’t stop them!  As soon as silence was regained, they would creep up to the chumba and into the roof to fetch more bananas. (I couldn’t help but think of that movie Signs, with the aliens creeping around the house and on the roof making random noises. It was actually kind of creepy!  You hear a thud,  see a figure walking on the ceiling pillars, and then pans get clanked and they leap 15 feet to the ground.) The professor kept guard for a while and after four times of ambush and banana theft, they finally had enough and went back to pacing around in the camp foraging for food.  That’s one way of being reminded you’re in East Africa!

Prior to exam week, expedition took place in Lake Nakuru!  It was so fun, almost like a mini vacation. It was great to see new wildlife such as the black rhino, the white rhino, a leopard, lions, waterbuck, flamingos, and many more.  Lake Nakuru National Park is unique in that it is fenced completely keeping wildlife in and “unwanted” humans, like poachers, out. The park is considered to be a rhino sanctuary with both black and white rhinos thriving.  The degree of endangerment on these majestic creatures requires full time security and even armed park ranger lookouts at night. Seeing the rhinos was wonderful, and we actually had the chance to see a rhino preparing to give birth! That’s something truly breathtaking, especially knowing the danger of extinction these creatures face. Because labor takes so long, we were not able to witness the actual birth but just knowing a new being was brought into the world is enough. 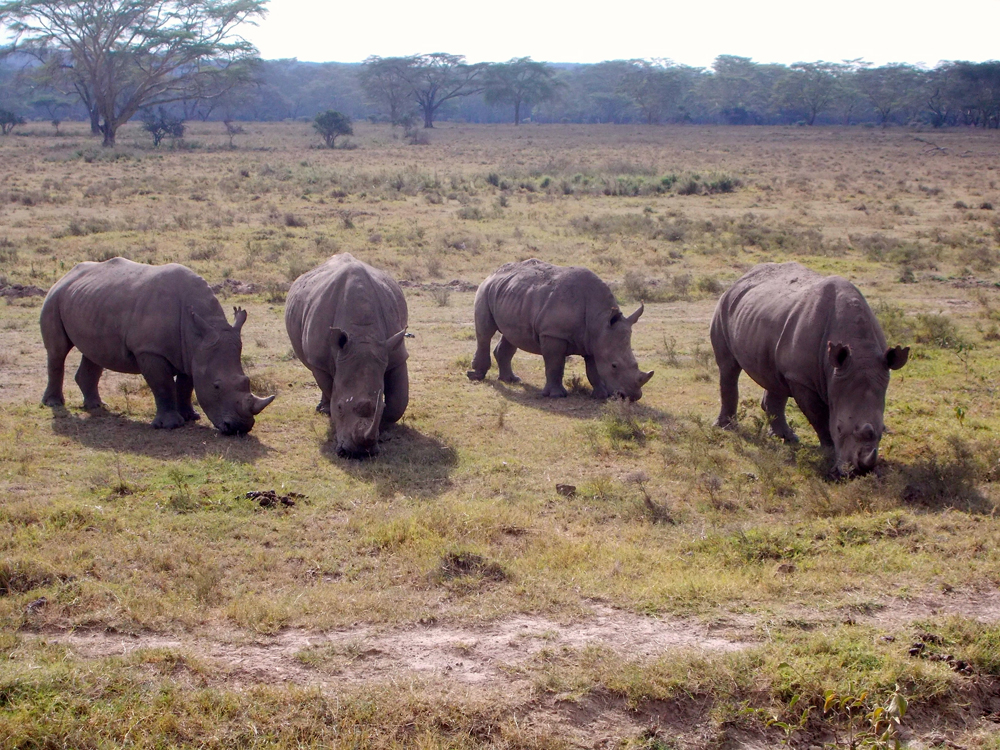 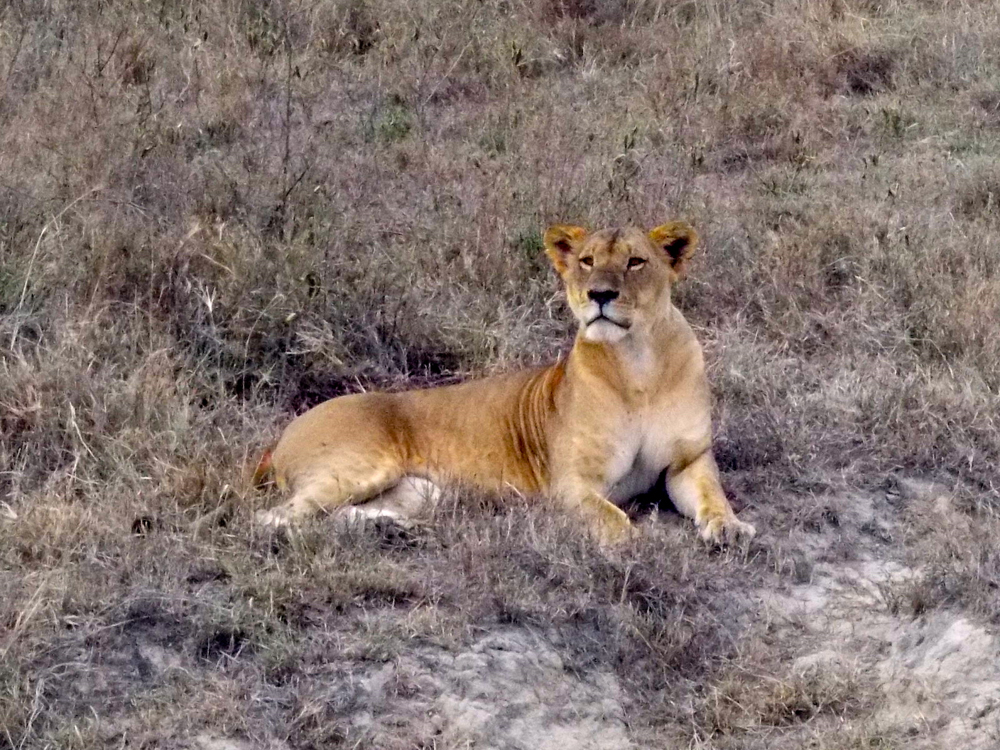 We took many game drives through the park and I would have to say that seeing the lions were the highlight of each drive.  As they napped in the sun, it almost made you want to empathize with them as your house cats laying in the sunlight… but then they would stand, stretch, and hunt not mice, but warthogs and antelope. Not your typical house cat! Both times we watched a lioness hunt, the prey got away but it was still an amazing experience to see a wild lioness stalk her desired meal. 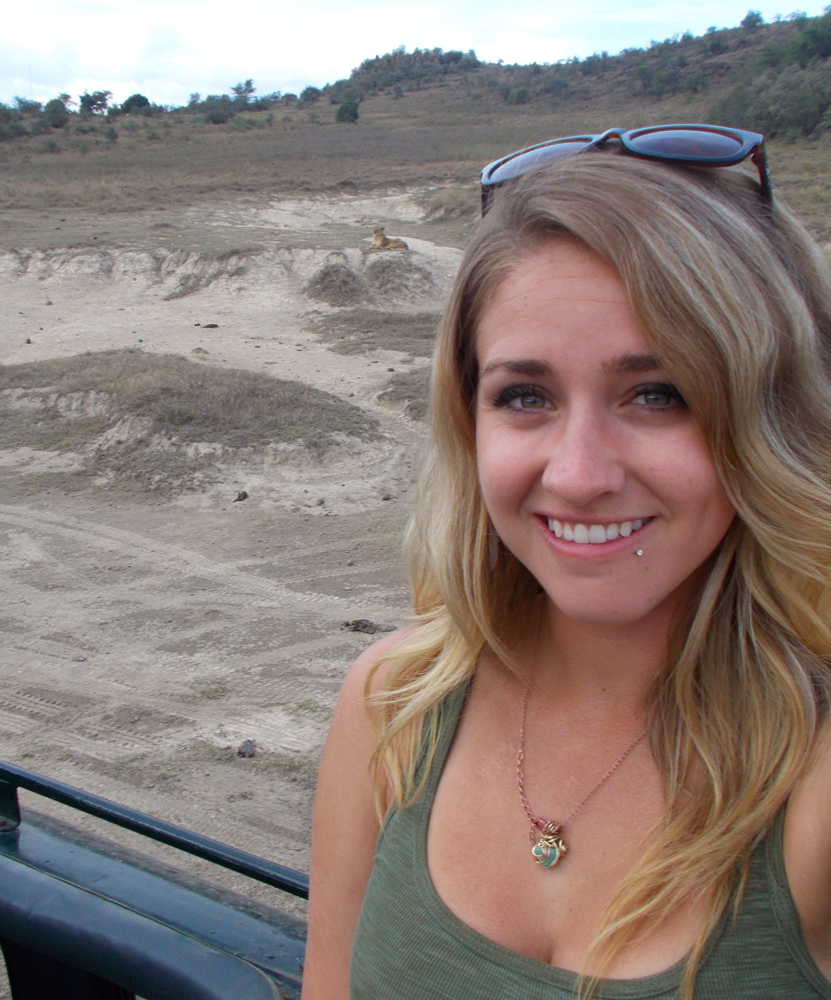 I personally came to East Africa specifically to observe the majestic wild elephant. Being my absolute favorite animal and passion behind my future career goals, we were able to see so many while in Amboseli National Park.  In the beginning of the program, the first wild elephant was spotted and my jaw dropped. I literally wanted to cry!  It’s nothing compared to seeing one at the zoo. This beautiful male was free to go and do whatever he wanted. In my opinion, this is how people should be viewing wildlife: by visiting them in their natural habitat.

This first half of the program has touched on some amazing topics I think will benefit my future career in elephant conservation, and I feel so privileged to have this opportunity. The people here are amazing and I have met so many friends I know I will have in my life forever. Loving Kenya and so excited to experience Tanzania next week! 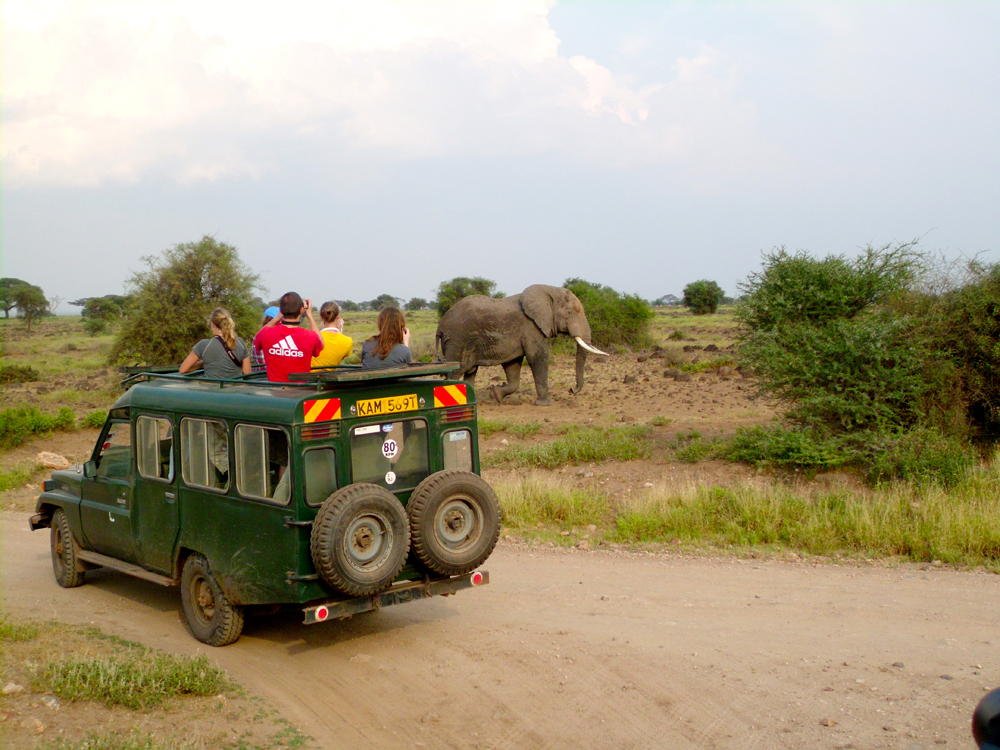 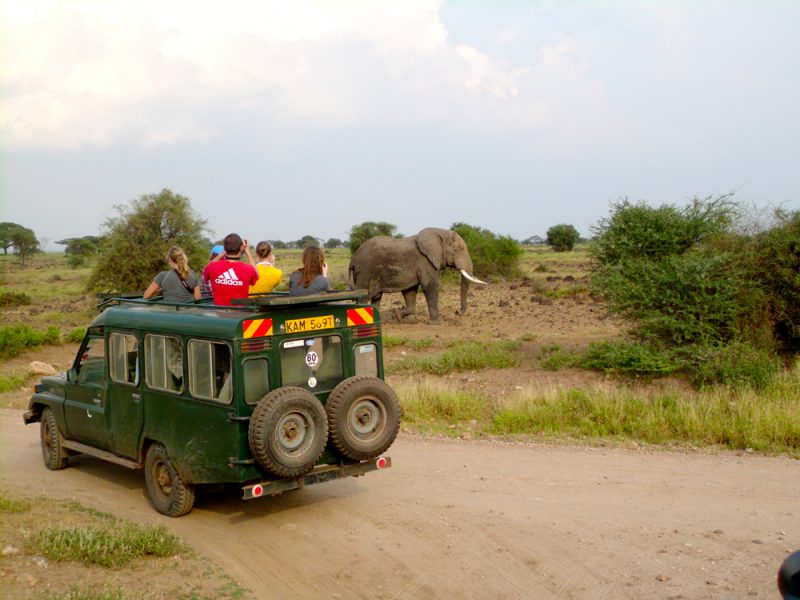 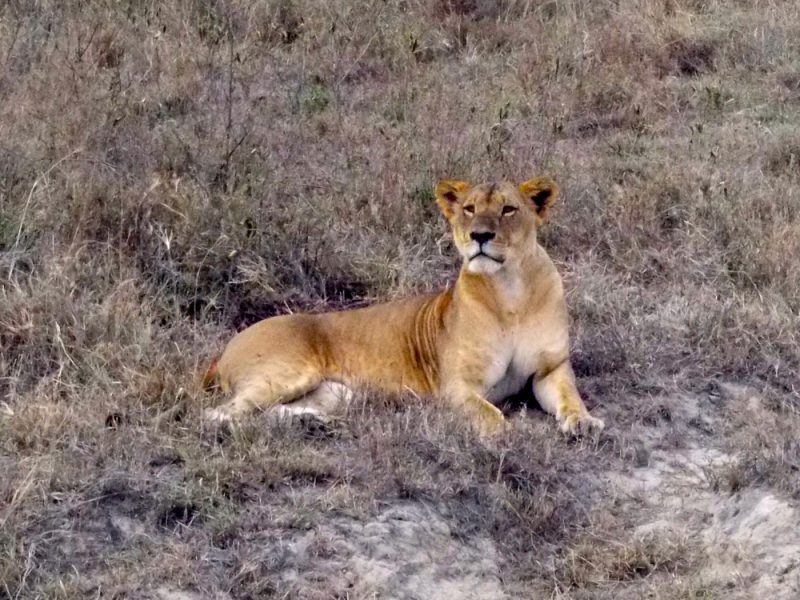 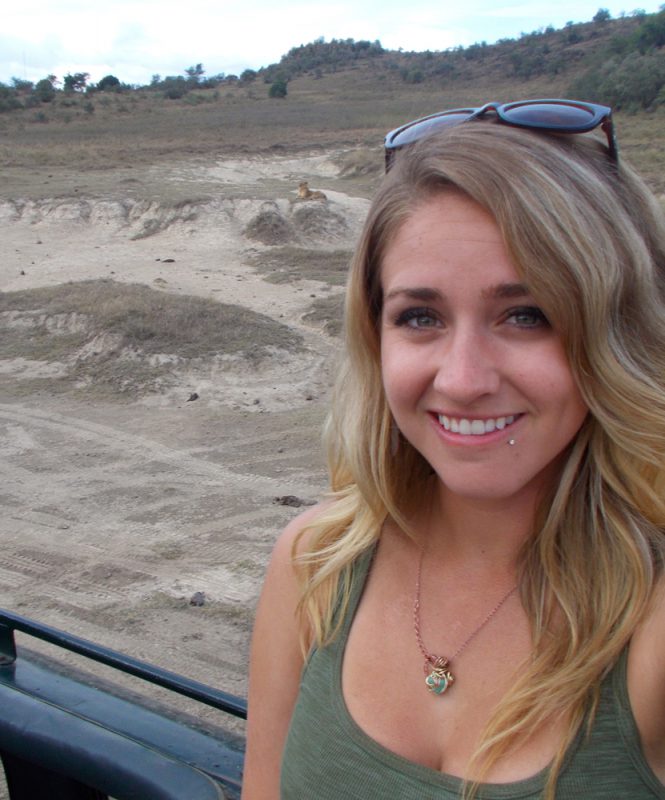 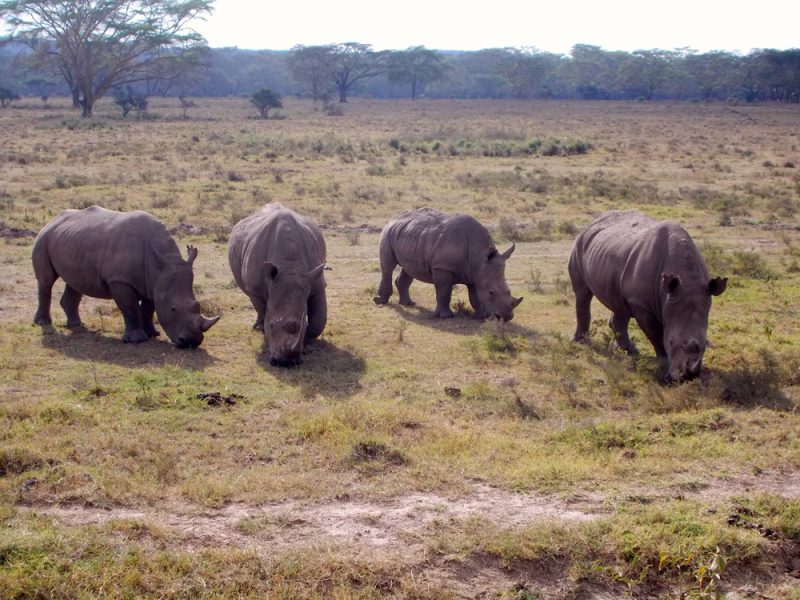