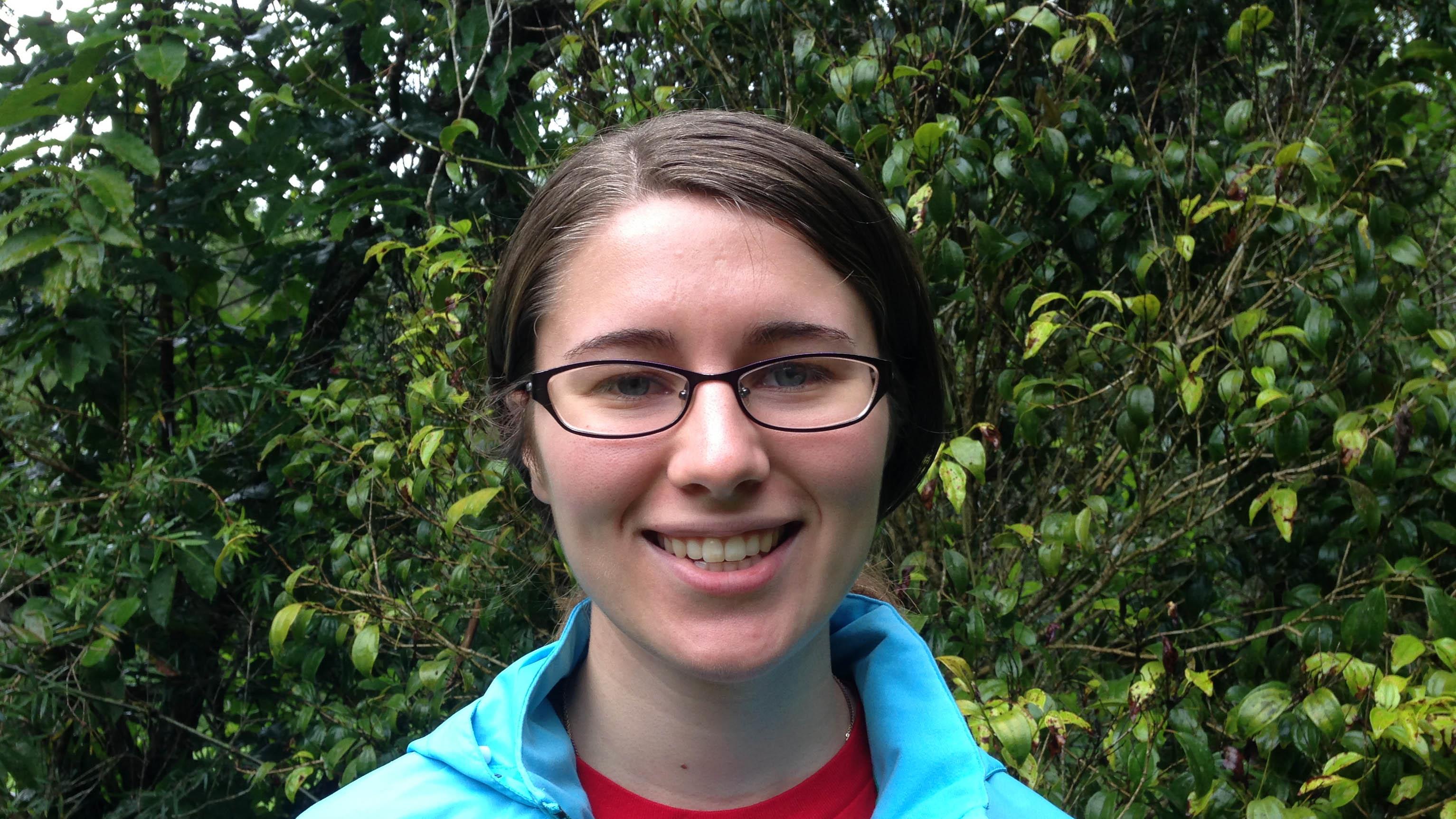 What did you like most about the SFS experience?
I liked how much was packed into this experience. Every day held a new adventure. We went into the field quite a bit to supplement the lectures and even took two camping trips—one to the Daintree Rainforest and one to Chillagoe, the edge of the Outback.

Every Sunday is our free day, but there was always an option to go out and do something, like visit Yungaburra, a cute, nearby town, or swim at Lake Eacham, or do the waterfall circuit. I did a homestay with a local family. We took three weekend trips to Cairns, and during one of them, many of us went snorkeling and diving on the Great Barrier Reef. The mid-semester break gave me the opportunity to travel west and south to hike and travel with friends. 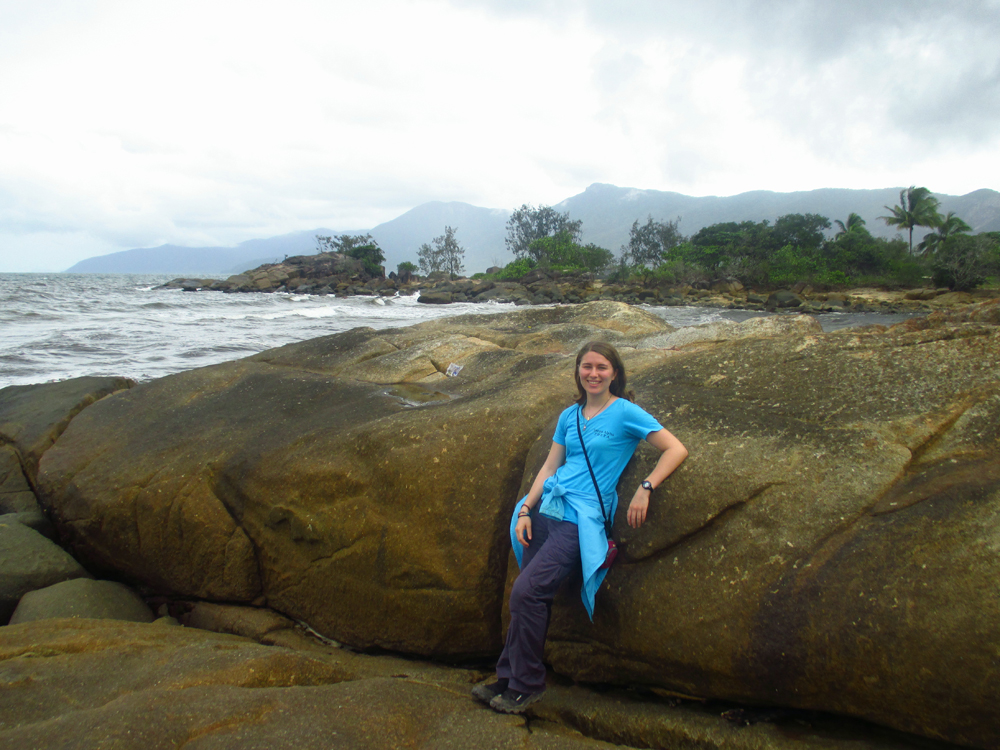 The Directed Research has also been a fantastic experience. And even if we didn’t go anywhere for several days, the Centre was never boring. I’ve never laughed so much in my life. You’re around the other students so much that you become really close. It’s hard to explain just how great every day has been and how much I’ve truly experienced. I know that I’ve seen and done more than if I had just gone to another university. I’ve lived in the rainforest. How many of my peers can say that?

You’ve been in the country for a full semester—tell us your impression of it now.
My impression has not changed much.  It’s just gotten stronger.  Having interacted with people from the community and just by being out and about, I now have more experience with the friendly nature of Australians.  Also, I thought the country was beautiful when I landed, but I had no idea just how beautiful it could be.  I still can’t get over the views I see every day. Things are expensive here, and it rains a bit more than I thought it would, but all in all, it’s a rather amazing country.

What is life at the field station really like?  What are the best and the most challenging parts of living at a remote field station?
Living at the field station has been an incredible experience. Besides living in the midst of the rainforest and all that entails with critters and greenness, a big part of life at the field station is being with your fellow students. You get really close with one another, but it’s not like you have to be friends with every single person there. Some people find space an issue. It is true that you might not be able to find alone time every day and you don’t have your own space to escape to, so that’s something to be prepared for.

There’s also the responsibility that comes with living at the station. You’re assigned cleaning tasks every week and you have to help with meal set-ups and clean-ups every few days. There is a curfew, but you can’t really go off the property anyway. Keeping the shared spaces for everyone’s use is also a rather hard task at times. These things might seem like low points, but really it just added to the experience. This is our home and it’s our responsibility to keep it clean and organized.

It’s also about working as a team. In order to live here, you have to be willing to lend a helping hand and be part of a large group. The internet might be the biggest challenge. It’s a remote field station so the internet is a bit temperamental. At times it just won’t work, usually when it’s raining (and being in the rainforest, that was a large portion of the time). If it does work, you’ll still have to be patient and fight with it every step of the way. This makes researching a bit problematic. However, it is possible. You can use a phone card on the student phone and mail goes out regularly, so communication with the outside world is not a problem.

All in all, it doesn’t really feel like school (despite all the lectures). It actually feels like camp, but with delicious food.  The experience is really unique and I’d recommend it to not only those who want to do field research later in life but also just to those who want to try something different for a semester.

What ended up being your biggest challenge this semester both academically and culturally?
Directed Research was the biggest challenge academically, because it’s such a big project. But other than that, my biggest challenge was writing the social science paper. A great thing about the program is that it’s not all biological sciences. One class integrates economics and politics. For that class, we were social scientists, which was something new for me. Having never written from a social science perspective, I didn’t really know what to put in the papers or what my thesis or conclusions should be. It’s tough to learn something new, but I’m a better student for knowing it now.

There wasn’t a big culture difference so I would say I didn’t really face any cultural challenges. However, practicing self control when facing all the goodies at smoko was tough!  Smoko is a mid-morning break that includes tea, cookies, cake, and sandwiches. We had smokos whenever we were working with the community, which was usually weekly.

What is the best memory you have from the semester?  Give some highlights.
This is not a fair question because I have so many fantastic memories, even from day one when I met everyone at the group flight and we had to race through the airport together. From there it’s been one crazy day after another. I’ve never laughed so much in my life or seen such amazing sights. So I will describe just one of the countless good times I’ve had during this semester.

We visited the Daintree Rainforest to do research. However, the program, while being rather structured, always allots some free/fun time. After we were done researching, we got to chill on a beach for a couple hours. It was so cool to see the landscape go right from rainforest to beach. I walked along the water’s edge and collected shells. A few people were opening coconuts. People were just generally goofing off, but then someone brought out a soccer ball. And the fun began. There were ten or twelve of us playing a game of beach soccer, and things got intense! One of our professors even played with us. I remember wishing it didn’t have to end, but too soon our SAM was calling us back to the vans. Point being, this has been the best three months of my life so far.

Give three adjectives that best describe how you are feeling right now.
Excited and happy yet tired (since I just finished my DR paper last night).