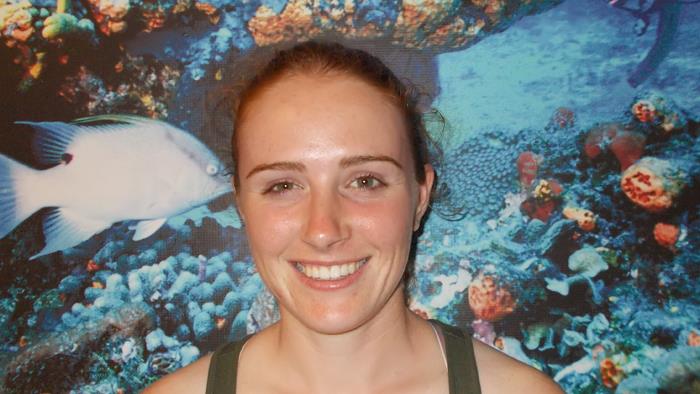 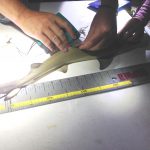 A Taste of Field Research

When I applied to The School for Field Studies summer program in TCI, I wanted to learn about field research and marine biology, two things I had never experienced. I’ve always wanted to do field research but never had a chance to work with any of my professors in the field. Coming here, I knew I would have a chance to learn techniques and get hands-on experience, but I didn’t expect to be helping with ongoing research run by one of the faculty members, Dr. Aaron Henderson.

When the signups for “sharking” (SFS Center for Marine Resource Studies speak for catching and tagging sharks) went up, I jumped at the chance to help with this research project.  We left right after dinner and loaded up the van with nets, tagging tools, and a measuring stick. Once we reached our sharking site, the other students and I helped set out the net. Then we waited for a shark to swim by and get caught. Not even ten minutes after setting the net the water splashed and the poles anchoring the net went down. We had a shark! Aaron went out with one of the other students to disentangle the shark and brought it onshore. It was a recaptured shark from a previous year, so it didn’t need to be tagged or have a genetic sample taken. We took measurements and compared those to the last time it was captured. The shark’s name was “Baby Amanda.” She was two years old and several pounds heavier.

After releasing Baby Amanda, we caught five other baby sharks that night — all new ones, so they were tagged and had a genetic sample taken for further study. I not only learned about shark research that night, but I got a behind the scenes look at what life is like as a field researcher. 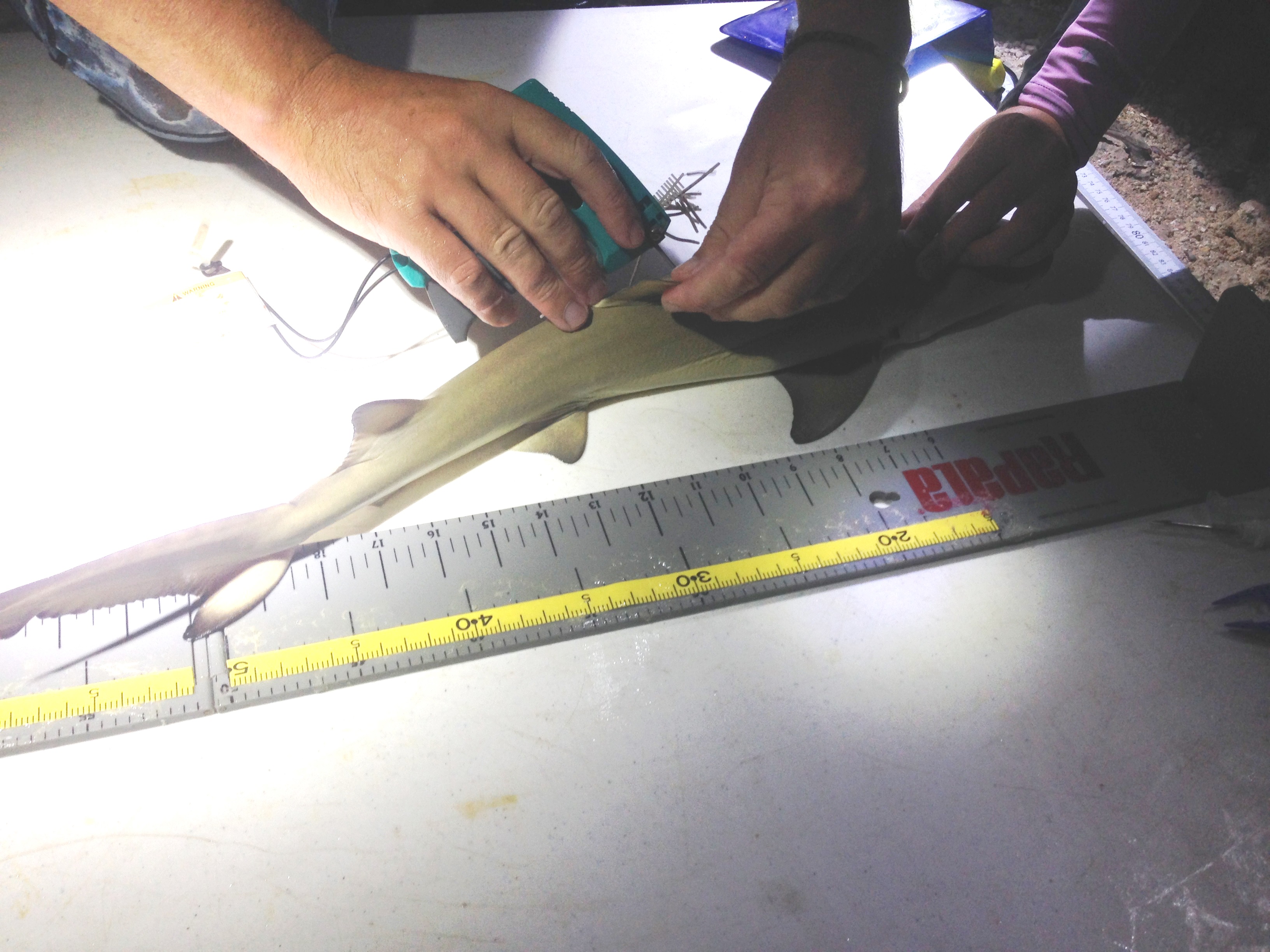 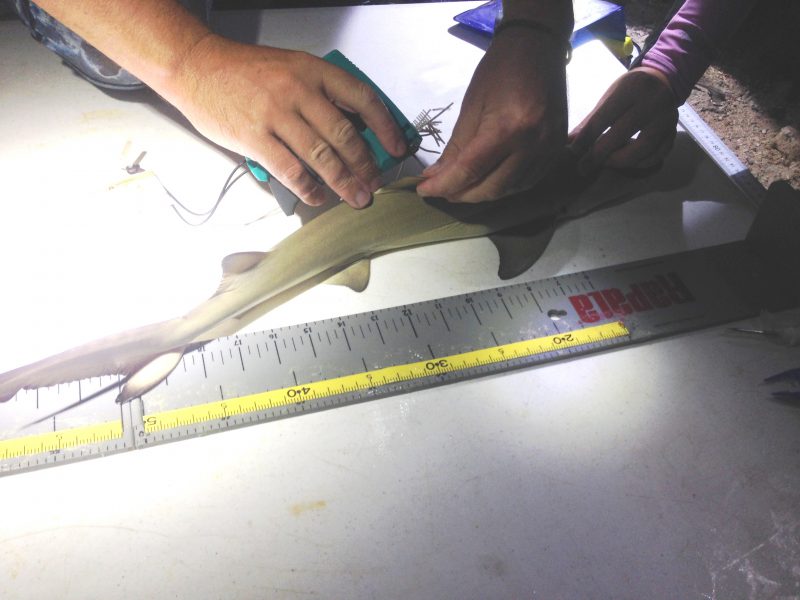