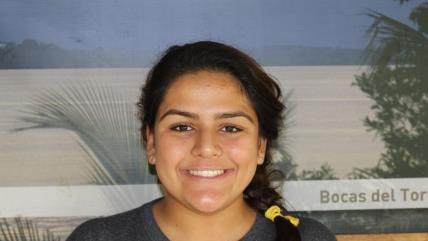 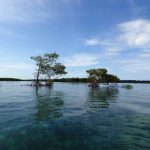 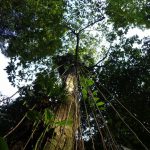 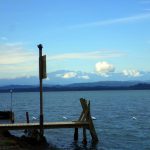 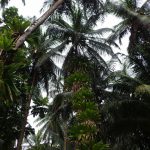 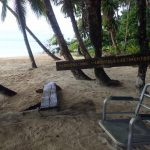 It is now somehow the middle of October. Over the past six weeks, we have learned a lot about both marine and rainforest organisms, as well as survey techniques. We have also visited communities on the surrounding islands and have gotten to play around with some awesome children from the Popa Dos community. The first time we visited there, we toured their community and learned about their traditions and customs. We also started throwing a frisbee around, so we returned to the community this past Friday to teach them how to play ultimate Frisbee. Some of the kids have serious skills; they are at least ten times better than I am at throwing a Frisbee. Some of the kids also took a break from the grueling heat to color in pictures of sea turtles, and to later play bingo while eating homemade johnny cakes (a roll of bread that is made with a touch of honey).

The next day we visited paradise, also known as the Zapatillas Cays, in the Bastimentos National Marine Park as a field trip for our classes. The island is a palm forest surrounded by coral reefs that inhabit a Marine Protected Area. We completed a survey and snorkeled in the area that was full of various types of fish and coral. I saw some familiar faces, but I also saw many species I have never seen before; not only that, but also those species were in huge schools. I have never experienced swimming near a large school of fish and only to look over my shoulder and see two other schools right next to each other. 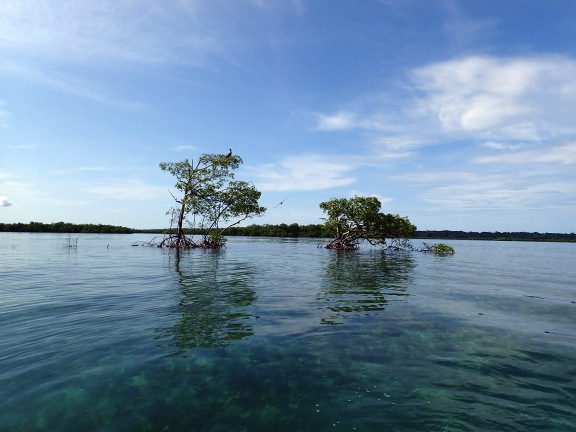 We did a rapid biodiversity assessment along the nature trail that had an abundance of epiphyte-covered coconut trees and wild parrots. I’ve never seen so many coconut trees, nor so many epiphytes before; it was a true palm forest. You know when you look at something and think about how it needs to be photographed to try to capture its beauty (it happens to me a lot)… well, that feeling applied to every minute we spent near that island. It rained for part of the day, which just made everything seem more alive.  There were fallen palm trees with lime colored algae growing on the side, which contrasted with the red tinted thin roots and the yellow leaves that twisted above the clear, turquoise water. 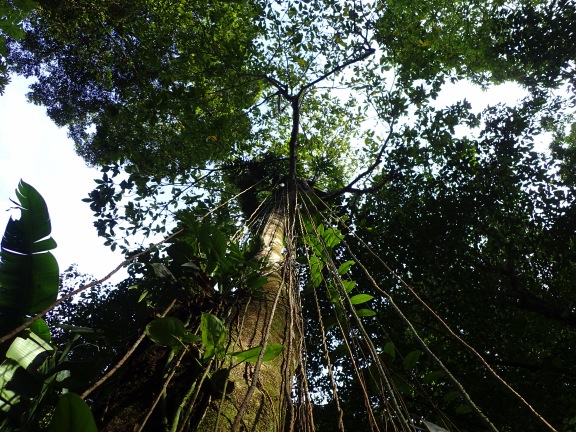 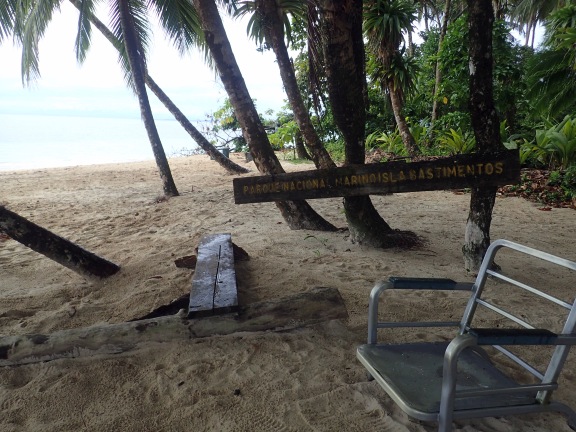 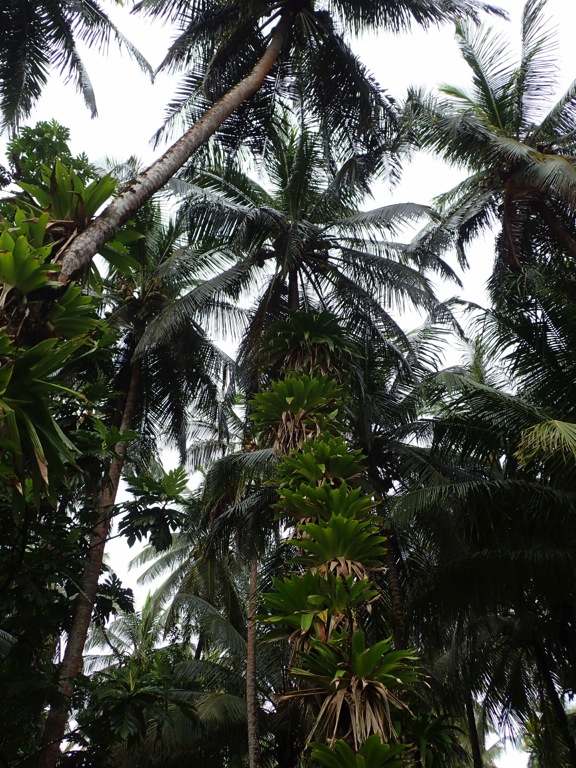 It is the rainy season, which means it rains everyday. I love the rain, and it is normally a nice break from the intense heat. At any given time if you look across the water, you can see white, puffy clouds illuminating around the Talamanca Mountains, with dark grey clouds woven in. During and after the rain, the turquoise colors pop out of the water, the reflection of clouds on the glassy water disappear and are instead replaced by a single white line running across the water. I have not yet gotten over how beautiful and amazing Bocas is. We are halfway through our time here and although we don’t spend much time in town, I’m starting to somewhat feel like a local. I see familiar faces and dogs as I walk to the supermarkets where I know what is found in the different aisles; it is a very cool feeling. 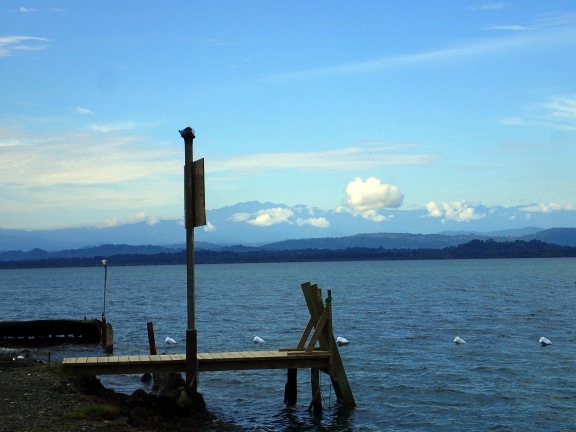