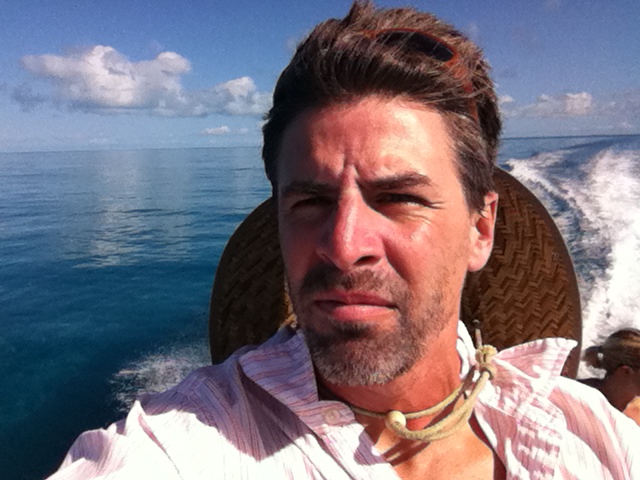 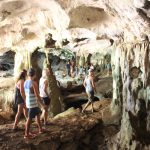 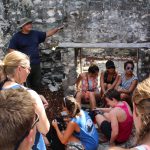 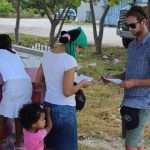 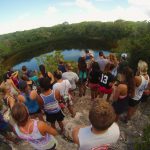 Trip to Middle and North Caicos

Thirty-three students from the SFS Center for Marine Resource Studies on South Caicos traded their dive masks and fins for flip-flops and survey forms, recently spending four days visiting our neighboring islands, where they learned about the territory’s rich cultural and natural history, before conducting interviews on how people perceive marine resource management and tourism in the Turks and Caicos Islands (TCI).

After setting up camp in Kew, North Caicos, the students were taken on a tour of Middle Caicos by local botanist Bryan Naqqi, highlighted by a visit to the Conch Bar Caves, home to four species of bats: the buffy flower bat, Cuban fruit bat, Waterhouse’s big eared bat, and Redman’s long-tongued bat, as well as an endemic species of shrimp. They also visited Wade’s Green Plantation, a plantation on North Caicos that was, from the late 1700s until 1830, the center of a Loyalist community who had fled the colonies during the American Revolutionary War. Mr. Naqqi’s rich storytelling brought the plantation back to life, and students were most impacted by a harrowing tale of a slave escaping with his nine-year-old son to Haiti. They ended their visit with a trip to the TCI Government Farm, where Mr. Naqqi leads an effort to save the endangered Caicos pine, the national tree of the TCI. Its range in the TCI has been reduced by over 90% through fires, floods, and the invasive pine tortoise scale insect. Mr. Naqqi and his team are working to raise scale-resilient pines, as well as collecting pinecones which are being stored by London’s Kew Gardens Millenium Seed Bank Project. 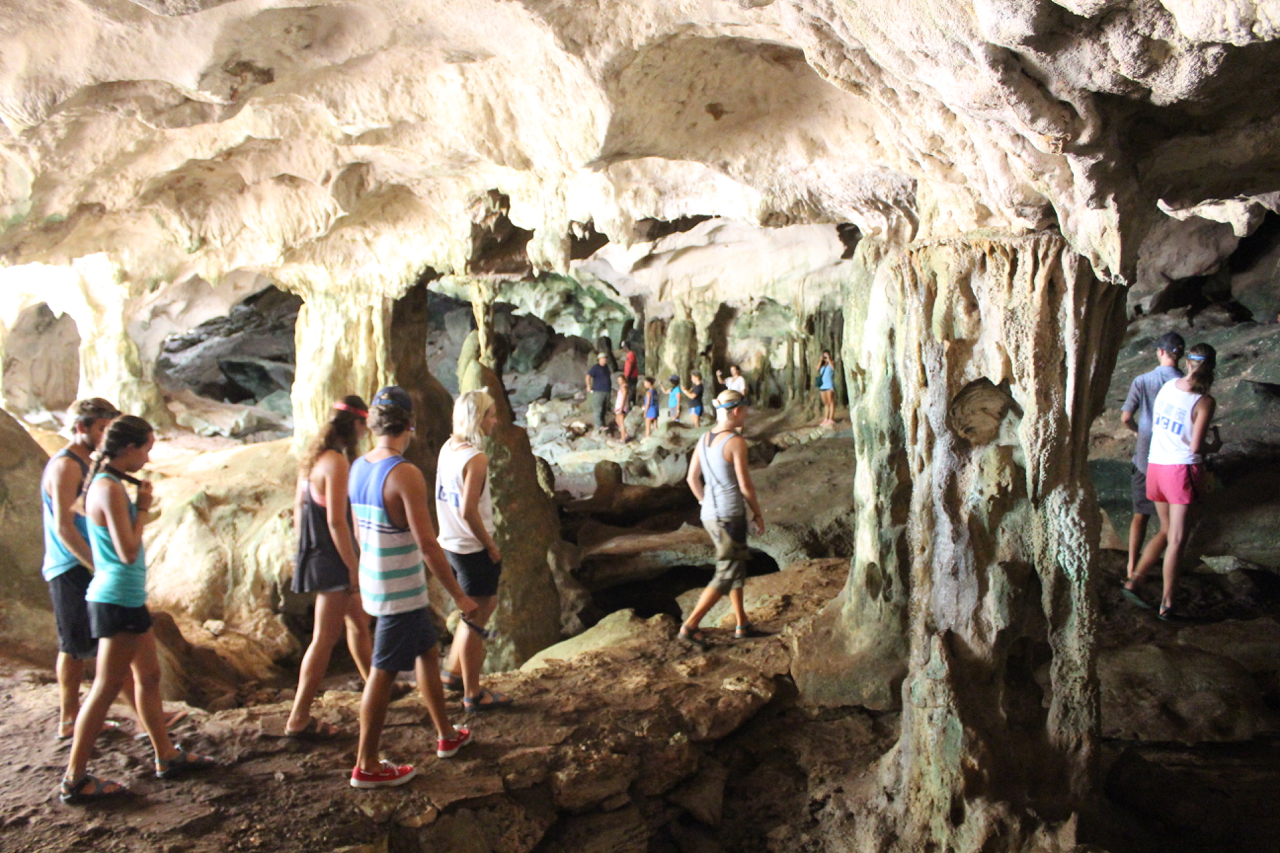 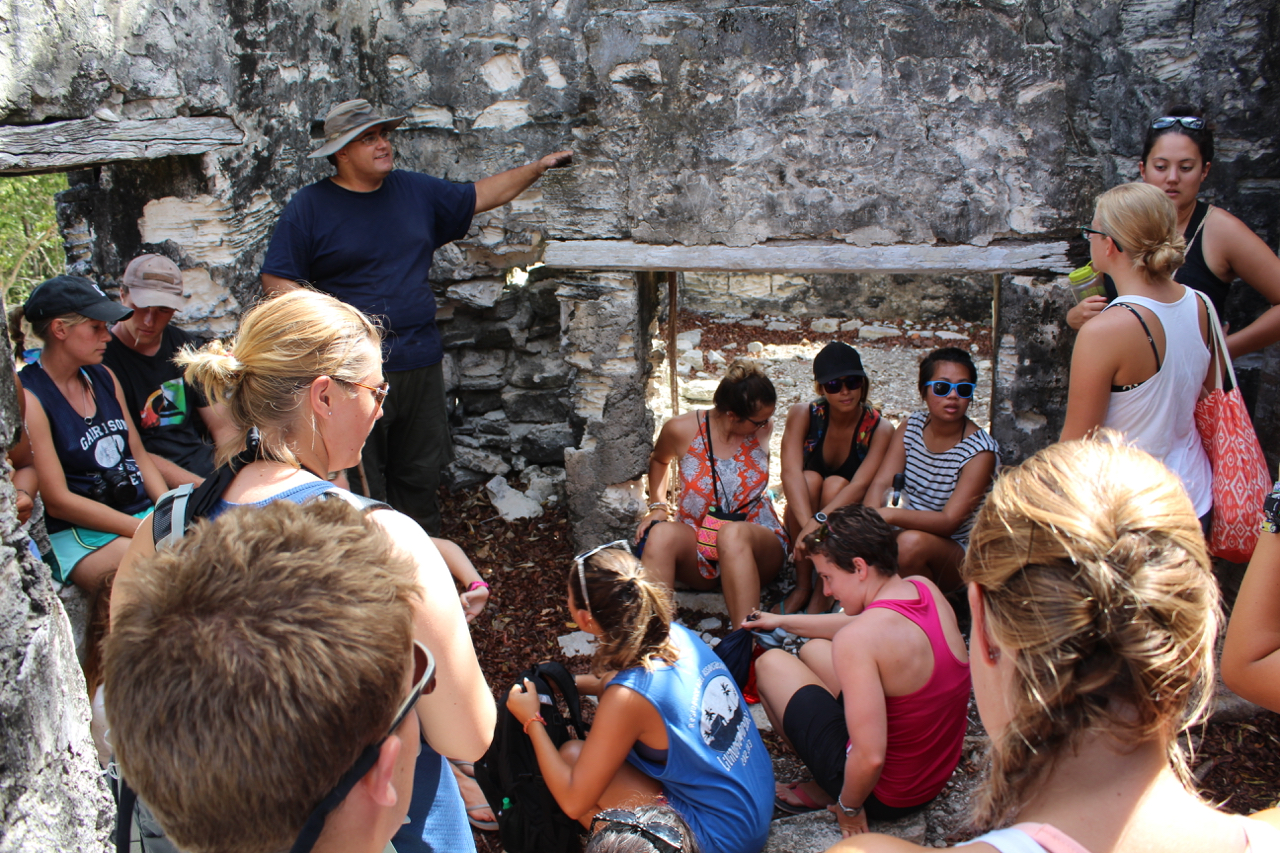 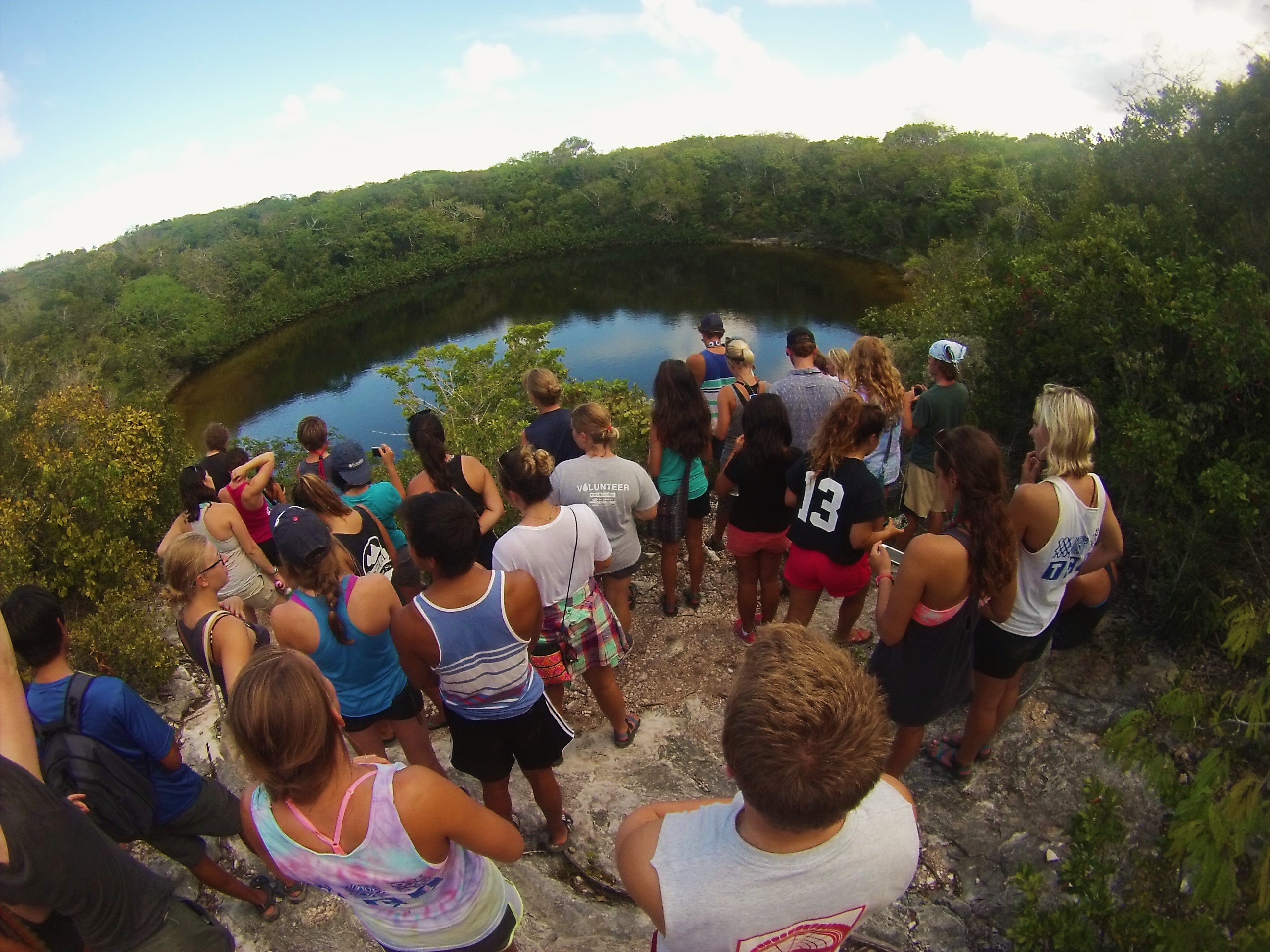 After two days taking in the peace and quiet of North and Middle Caicos, the students descended upon bustling Providenciales, the center of TCI’s burgeoning tourism industry. There, they conducted a public perception survey on marine resource health and tourism for my Environmental Policy and Socioeconomic Values course. Following the design known as Q-Method, or simply Q, the students developed a 15-statement survey as the keystone project of their first case study. The survey measures how much respondents agree or disagree on a range of environmentally-focused statements from how environmentally friendly they felt Providenciales’ resorts and hotels are, to the role of education in securing a stable future for the territory’s marine environment, to how large a threat a changing climate is to the TCI.

Split into six groups, the surveyors collected 332 interviews from residents, tourists, and even themselves. Q is a high-bias survey method that seeks to capture a range of perspectives within a population, rather than more “traditional” approaches that try to explain general trends across populations. And though the data is only beginning to be examined, there are already clear indications that both tourists and TCI residents recognize that keeping Providenciales’ coral reefs and coastal areas healthy is central to the health and success of the territory’s tourism industry. With the help of several students, I am preparing the data for publication as well as a summary report which will be shared with the TCI government from the students’ work. For most, it will be their first opportunity in preparing a manuscript for peer-review. For all, the time spent off South will be a warm memory they won’t soon forget. 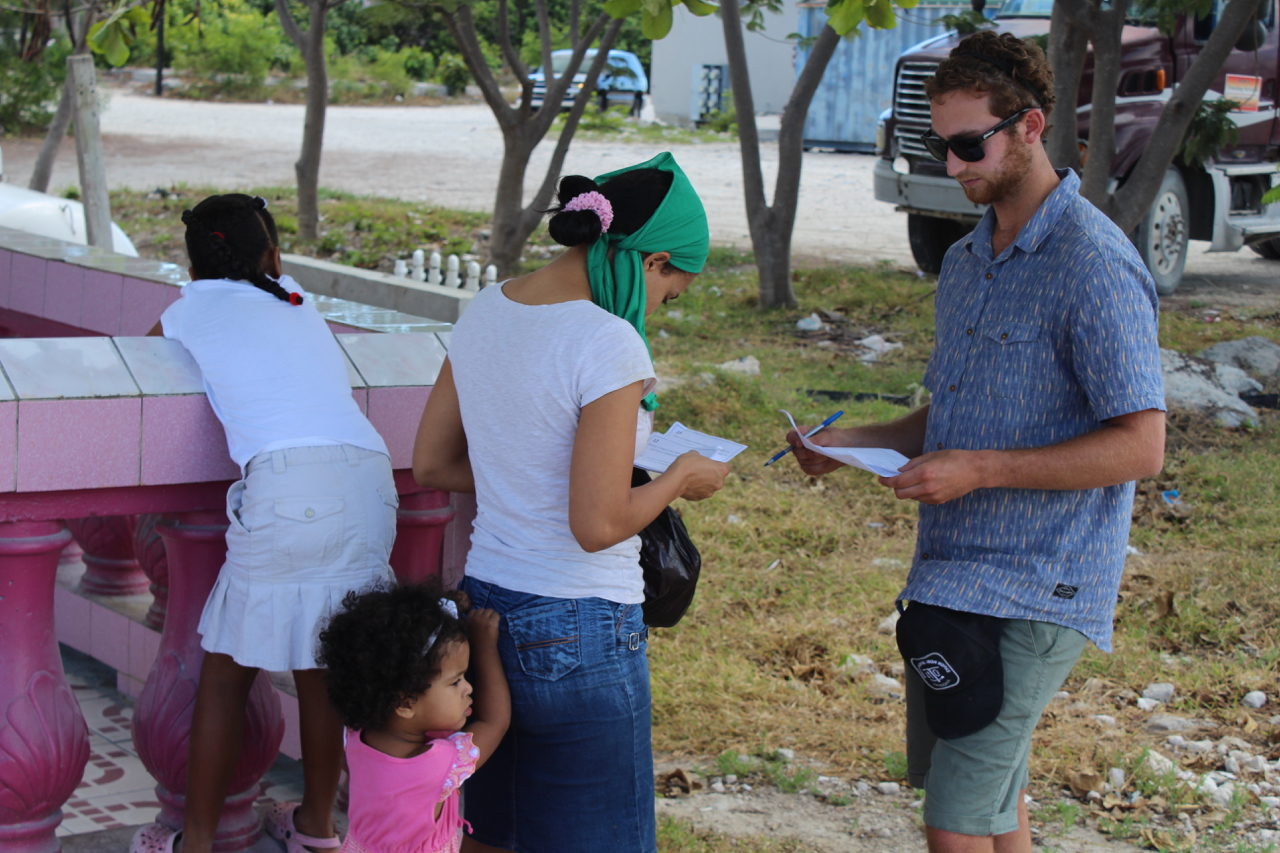 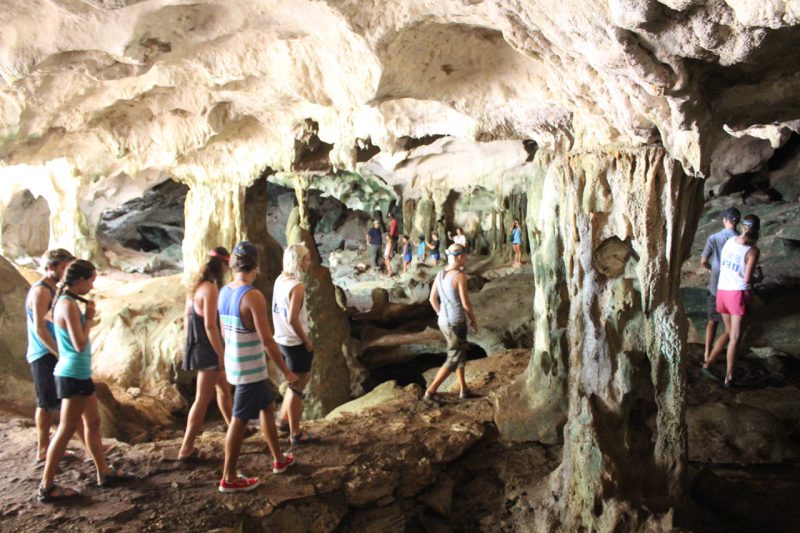 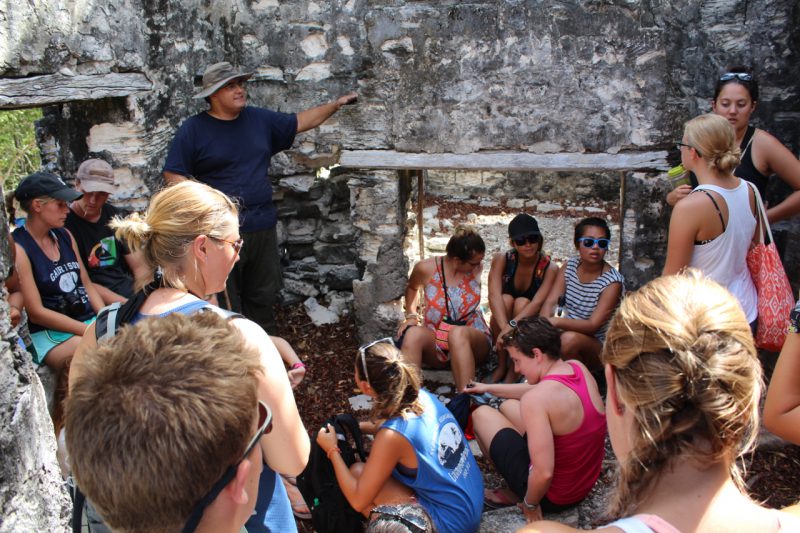 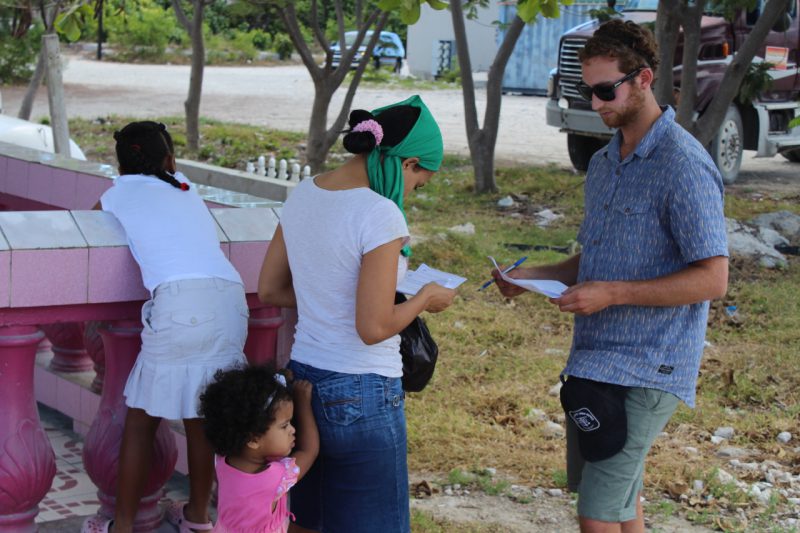 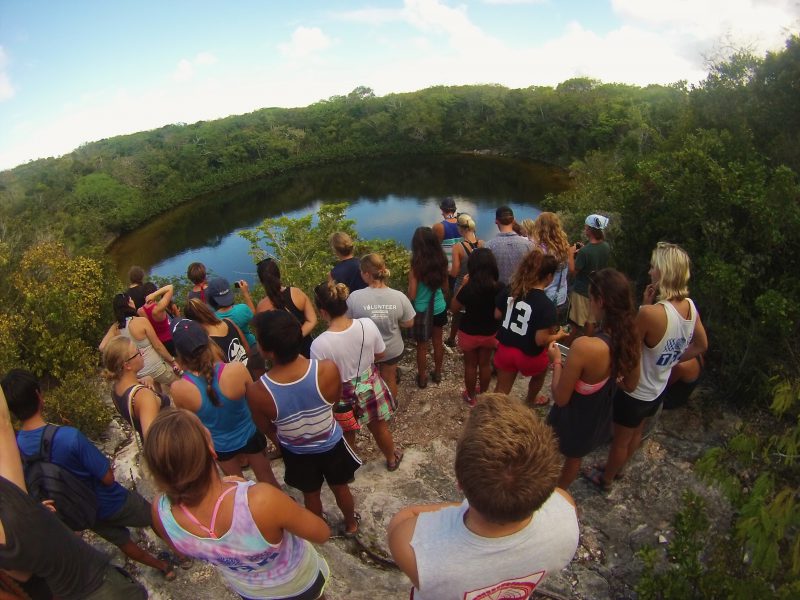