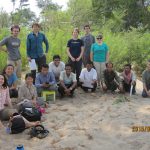 Where the Mekong Meets the 3S

After spending one month in Siem Reap, our cohort of students is heading off on a four week trip around Cambodia and the Mekong Delta.

Our first stop is Stung Treng town where the Mekong River meets its three major tributaries, known as the 3S (Sekong, Sesan, and Srepok rivers). More than a 30 km stretch of the Mekong from Stung Treng to the Cambodia-Laos border has been designated as a Ramsar site, a wetland of international importance for its biodiversity and conservation values.

At dawn, our students, staff and faculty members visited the Stung Treng’s largest landing site where fishers from the Mekong and the 3S bring their catch to sell to middle women who then sell the fish at a local market every morning. The purpose of our visit was to increase the students’ understanding of the incredible fish diversity of the Mekong and its tributaries, to practice fish identification skills, and to improve their knowledge on endangered fish species under protection of both national and international protocols. 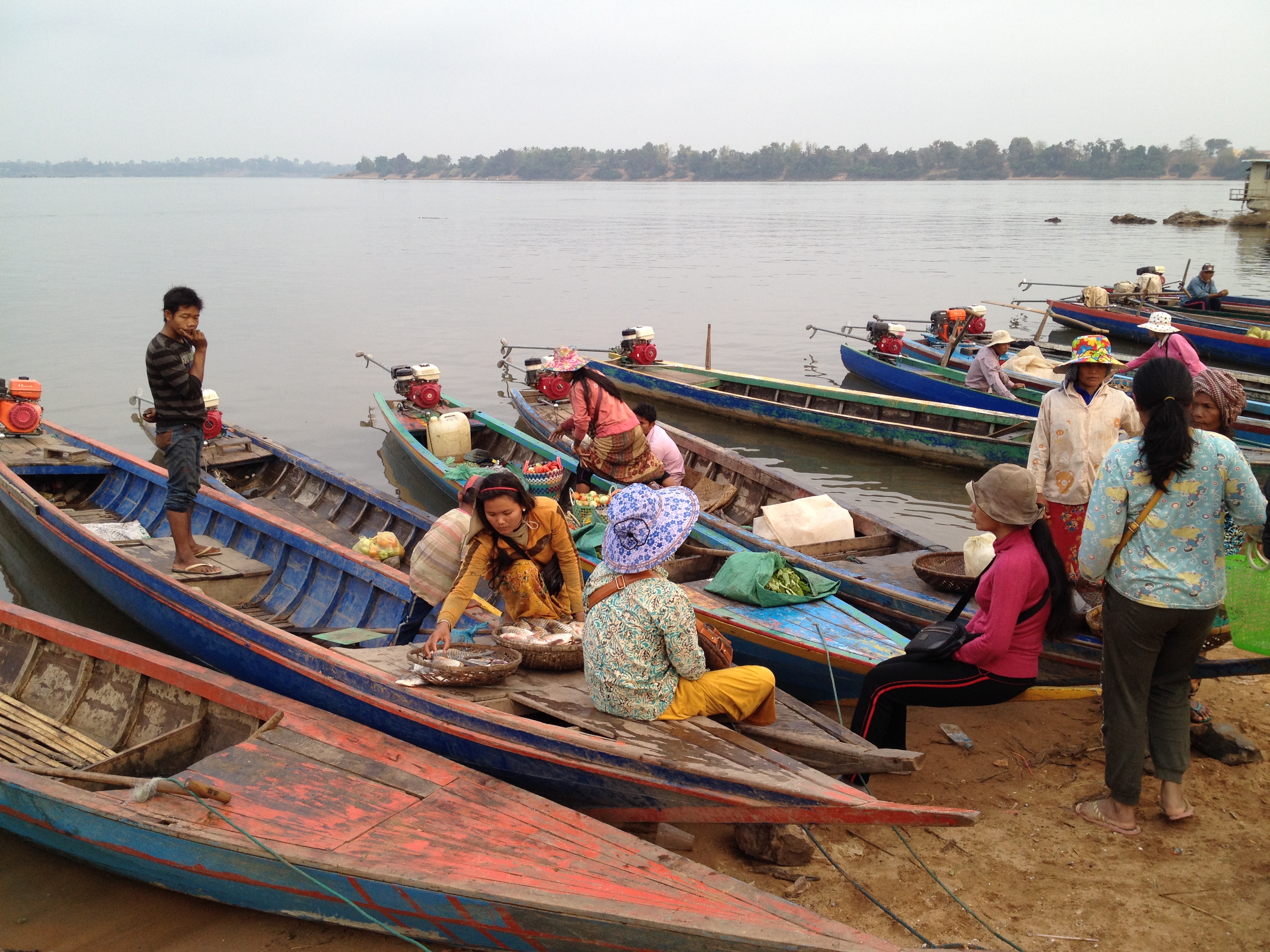 For the field trip exercise, the students were divided into three groups and each was assigned a fish family and given a reference sheet with pictures and the names of fish in that family. Each group was tasked to find and identify as many fish from the assigned fish family as possible among the fish being sold at the landing site. Each team consisted of three students; one member was responsible for fish species identification, another student was responsible for taking notes (about size and numbers of each species identify), and the other student was responsible for taking pictures of the fish identified. In addition, each team was also tasked with exploring and investigating the presence and abundance of endangered and threatened fish species that were caught and sold at the landing site.

After spending an hour at the landing site conducting the fish exercise – investigating the diversity of common fish species and exploring the status of the endangered fish species caught from the Mekong and 3S rivers – we headed to the Department of Environment (DoE). At the DoE, we met with officials who are in charge of the Ramsar site. Students interviewed the officials about the status and trends of the site’s endangered fish species as well as management plans and conservation efforts in the Ramsar site. The officials mentioned that the five-year management plan has been drafted and submitted to the Stung Treng provincial governor for approval. They also stated that rangers and local communities are employed to implement daily patrol of the Ramsar site. Their major challenge is the lack of funds to support the conservation efforts, ranging from expenses for supplies (such as boats and gas) to stipends for local communities participating in the efforts.

After meeting with the DoE officials, we headed to a fishing village located in the Ramsar site where we met with rangers who are responsible for patrolling a conservation zone adjacent to their village. The rangers showed us the conservation zone boundary identified by red flags hung 10 meters above the river surface. These flags will be moved to different locations during the wet season or high water period. We learned from the rangers that performing patrolling activities is very challenging because there is very low number of rangers for a very large area of wetland to patrol.

We then stopped at Kratie town, where we visited the giant turtle conservation site and Irrawaddy dolphin pool. Our next destination was Phnom Penh, the capital city of Cambodia where we attended guest lectures provided by senior staff of Conservation International and Fishery Administration. In addition to these academic activities, students also participated in several cultural activities including visits to the Killing Fields, S21 prison, Khmer Rouge tribunal, Royal University of Phnom Penh, National Museum, and Royal Palace. Our next destination was Kampot, a coastal provincial town where students visited mangrove forests and a national park to learn about aspects of livelihoods, development, and conservation, and where the three aspects could meet. In particular, they learned where the boundary of a “good” development should be.

Next week, we are heading to the final destination of our trip, the Mekong Delta in Vietnam! 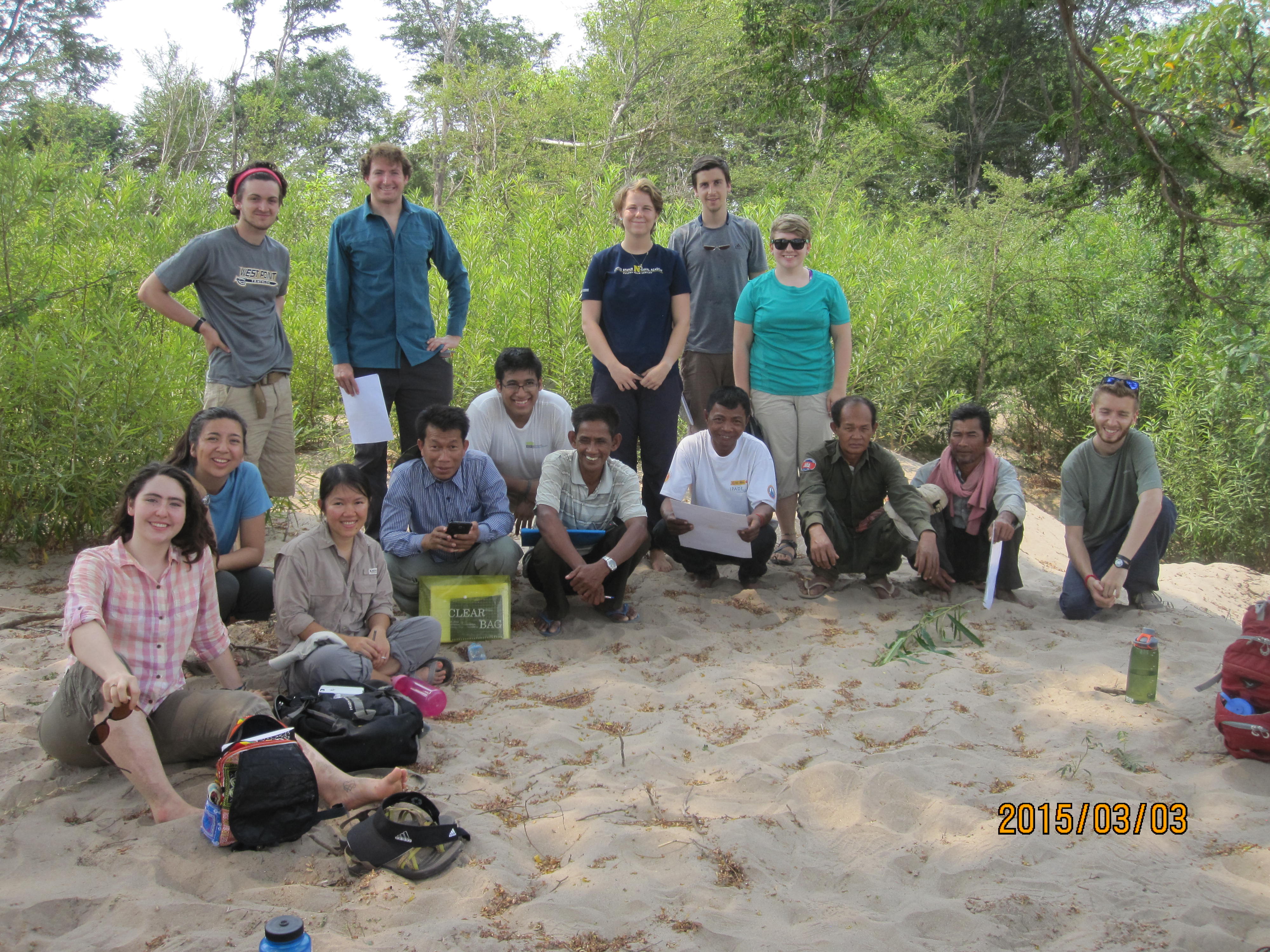 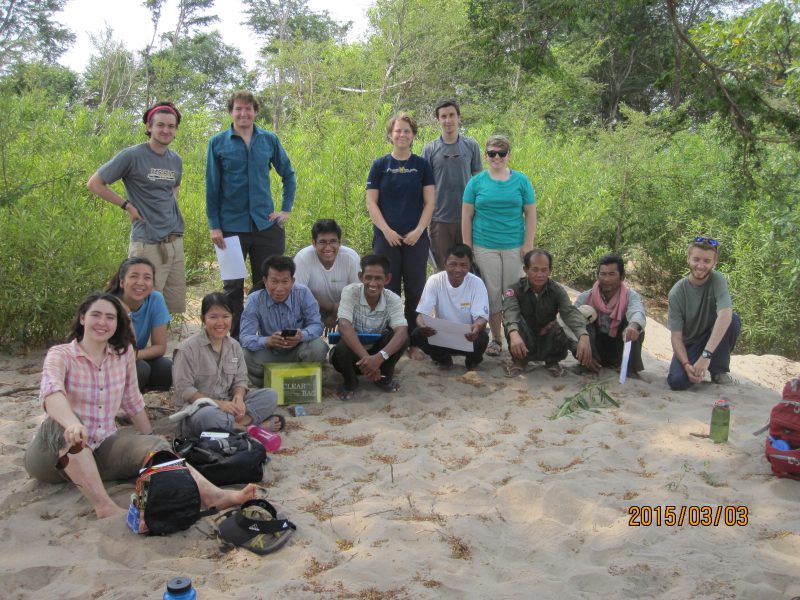