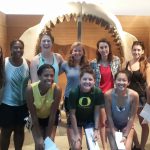 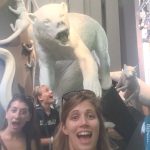 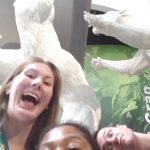 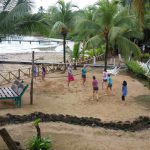 Our fall 2015 students arrived to Panama City on a very rainy, hot, and humid day. However, as each student exited the customs area, they were greeted with smiles, a hearty handshake, and a miniature Panamanian flag. It was wonderful to see all of their backpacks adorned with the flags walking through the airport. I loved that although they had not yet exited the airport, they were excited and proud to have the Panamanian flag on their packs.

The clouds parted the next day just in time for our tour of Panamá City, which included the Panamá Canal, Panamá Viejo, Casco Viejo, and the Biomuseo. At the Miraflores locks, students were able to see several large tankers enter and exit the locks. In addition, they were able to learn about the economic importance of the canal and the role it has played in shaping the history and culture Panamá. After an eventful morning, we drove over to Panamá Viejo where students were able to walk around and climb the ruins, which date back to 1519. 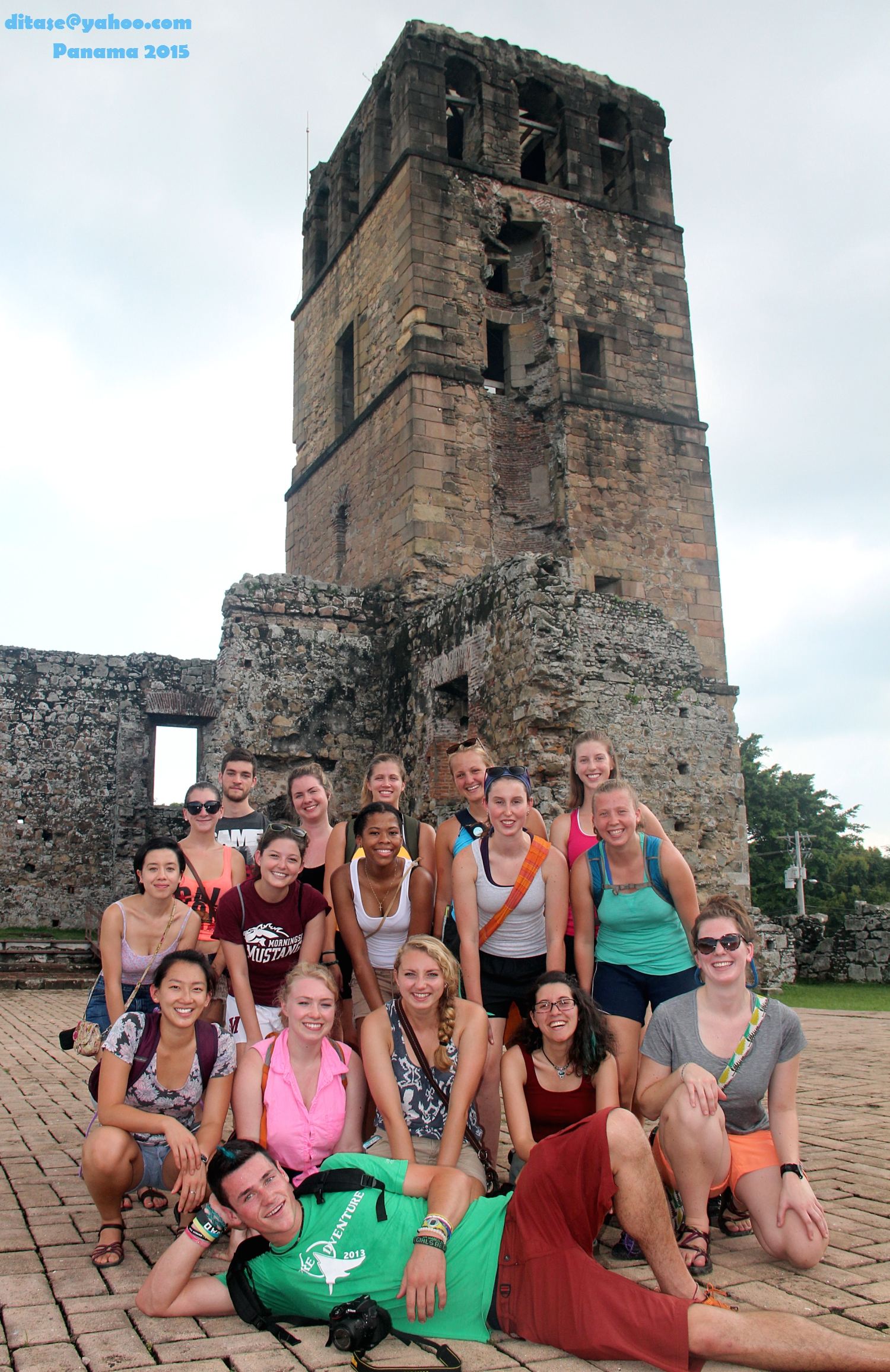 The fall 2015 TIBS Panama cohort in front of the Tower in Panama Viejo.

In the little time I have spent with this group, I have learned one very important detail; they love food! Luckily, they chose to come to Panamá where the food is always delicious. Students were treated to sancocho, a traditional Panamanian soup, patacones or fried plantains, rice and beans, fresh fish, pollo guisado (stewed chicken), yucca, fresh papaya, and a variety of tropical juices. Food has been the focal point of our time thus far and we already have requests for cooking classes to learn how to make traditional Panamanian meals.

The last two stops on our tour in Panamá City were Casco Viejo and the new Biomuseo or Museum of Biodiversity, designed by Frank Ghery. While touring Casco Viejo, students witnessed first hand an historic neighborhood in the throws of gentrification and the opposition to development by the hundreds of people and their families who have lived there for generations. The economic divide between rich and poor as it relates to the effects of tourism on local communities is a theme that students will explore throughout the semester.

Our tour ended at the Biomuseo, which gave students a better understanding of the biological and geological importance of the Isthmus of Panamá. As we rounded the corner of the entrance to the fossil room, a wave of excitement rustled through my bones, as there in front of us was a gigantic Megalodon fossil, excavated from the location of the new Panama Canal locks. I am certain that no one else expressed as much joy at the site of this marvel, but at least they got a good laugh at watching me geek-out for a few moments. I am happy to report that all of our students correctly answered that the Panamá land bridge formed roughly 3 million years ago which led to the division of the Atlantic and Pacific oceans thereby altering ocean circulation and weather patterns. The Biomuseo gave students a great opportunity to understand how this tiny piece of land we call Panamá changed the world forever. 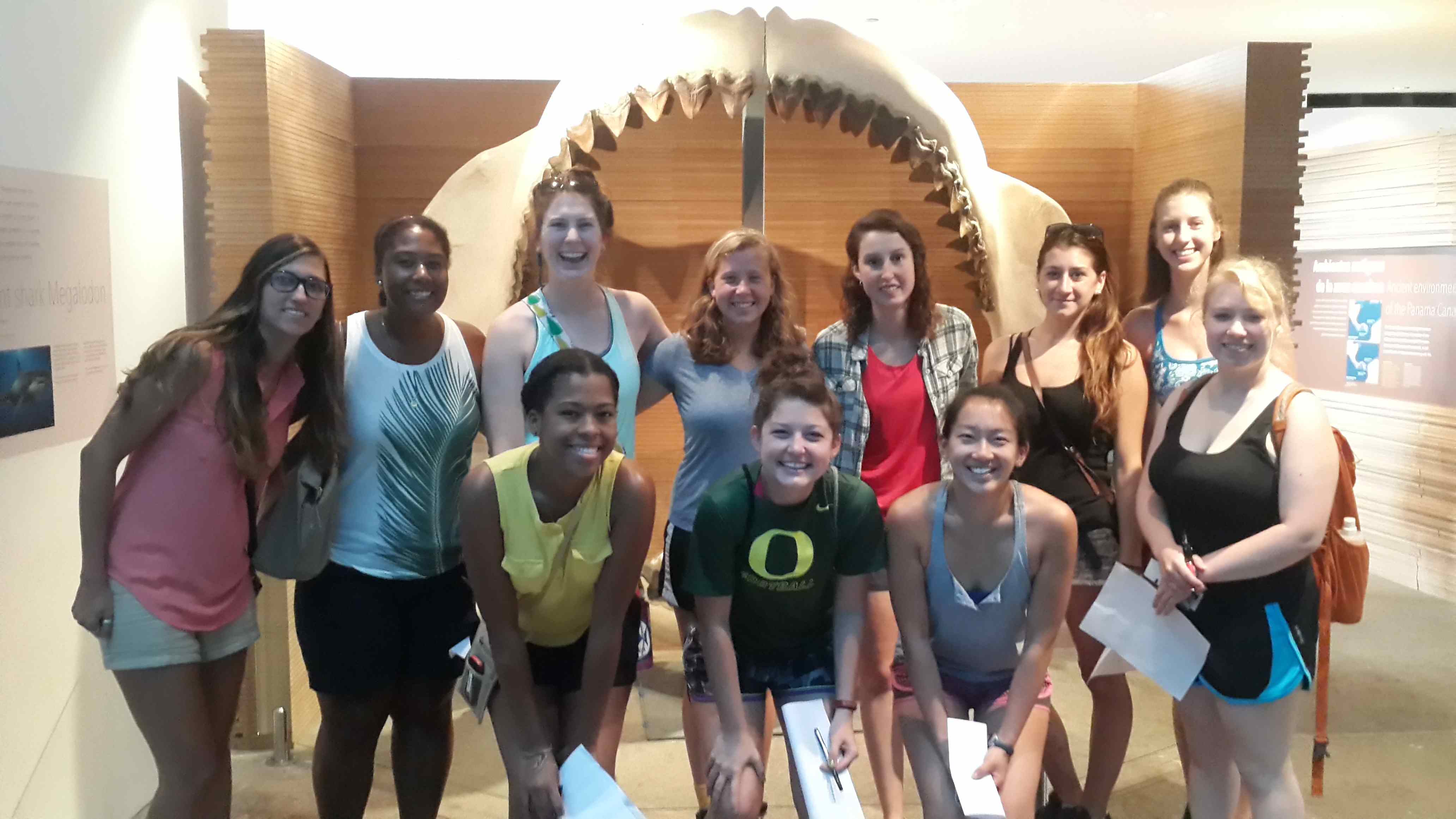 Professors Maldonado, Scott and students in front of the gigantic Megalodon fossil at the Biomuseo in Panamá City. Below, Student selfies at the Biomuseo in the faux taxidermy room highlighting extant and extinct animals that have crossed the Isthmus of Panamá. 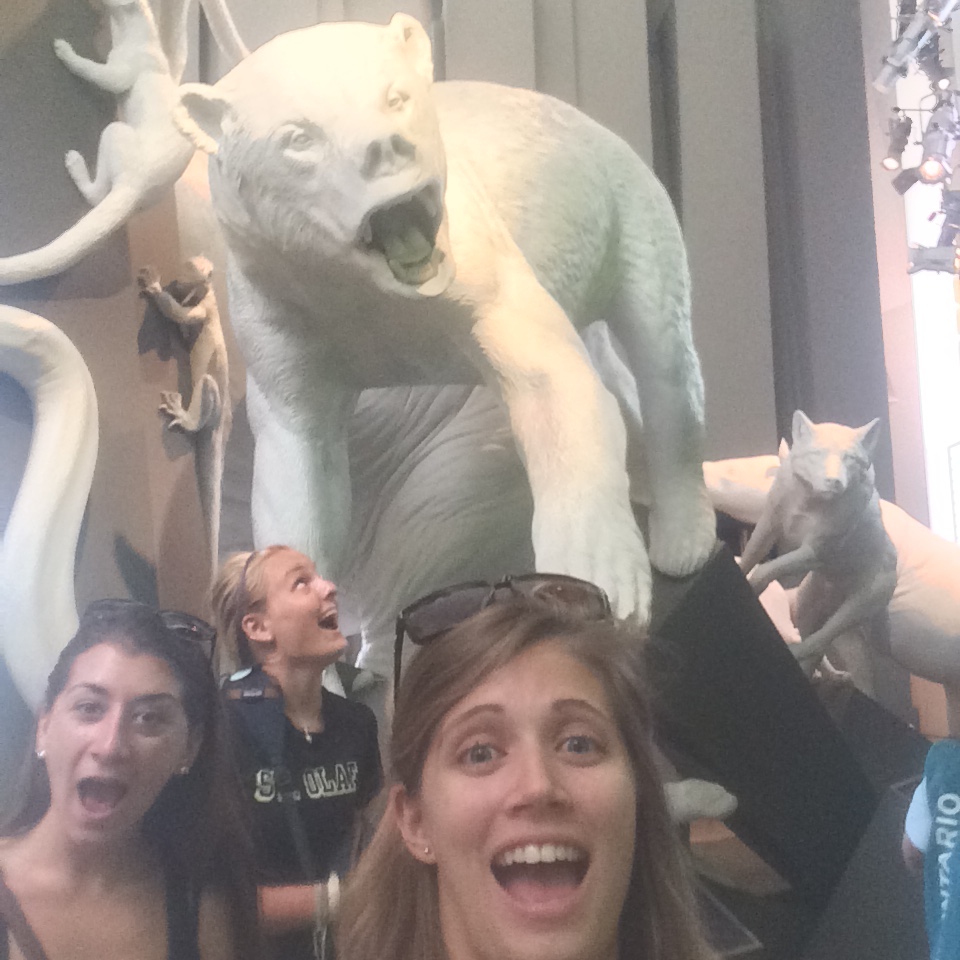 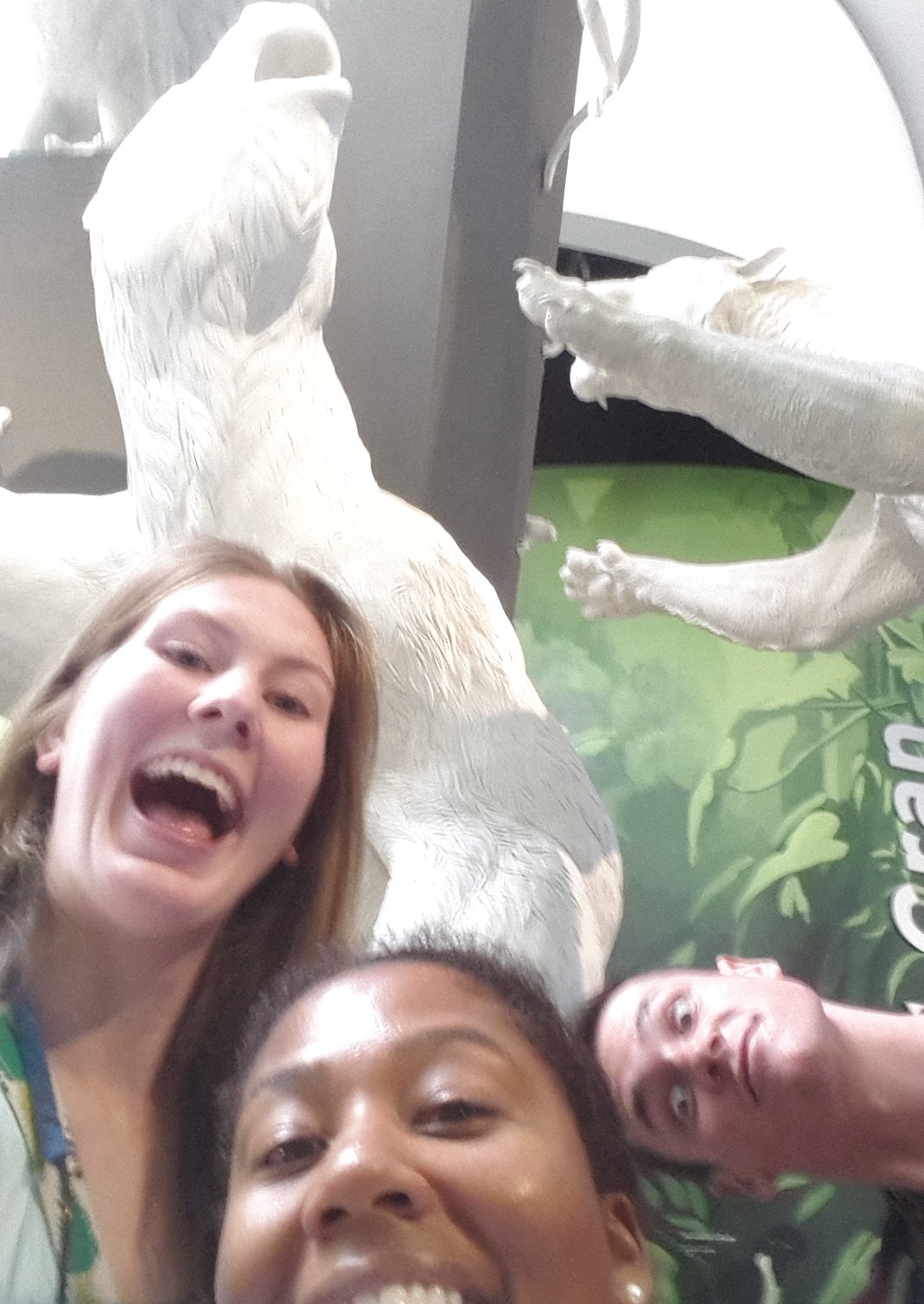 It’s hard to believe that our group arrived to Bocas just a few days ago. The students have already explored the bay by stand up paddle board, played volleyball in the front yard, gone for a dip in the pool and strolled along the shore in front of our new center. I am so thrilled for all of the students and the new experiences they are about to encounter. We are perfectly positioned to offer our students the highest quality academic experience. It is going to be an amazing semester at the new SFS Tropical Island Biodiversity Studies (TIBS) Center. 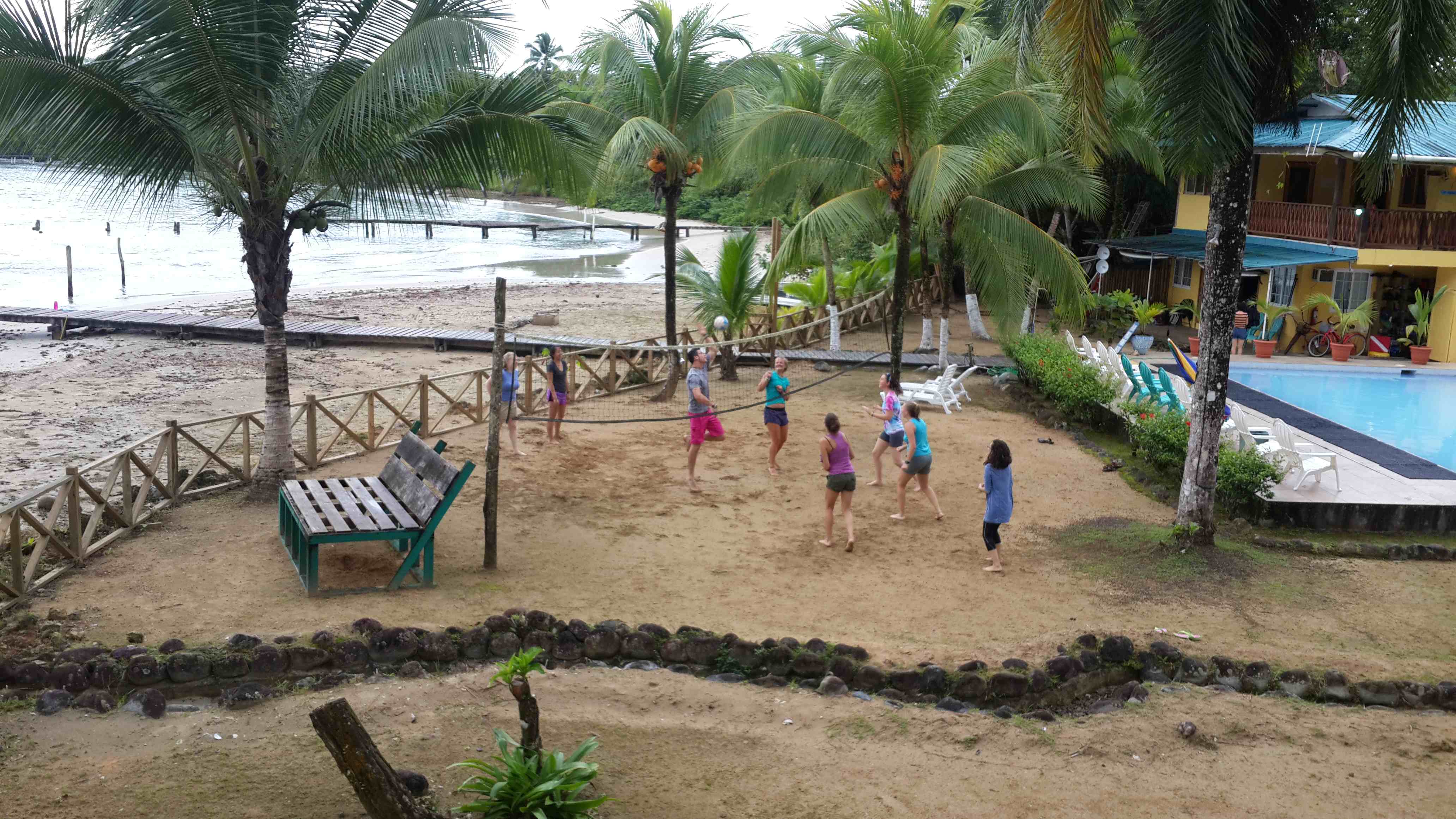 Students enjoy a fun game of volleyball on the SFS TIBS beach. 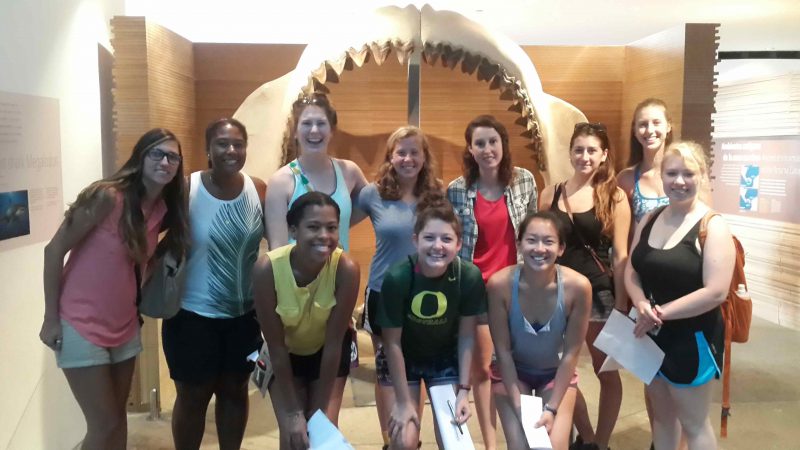 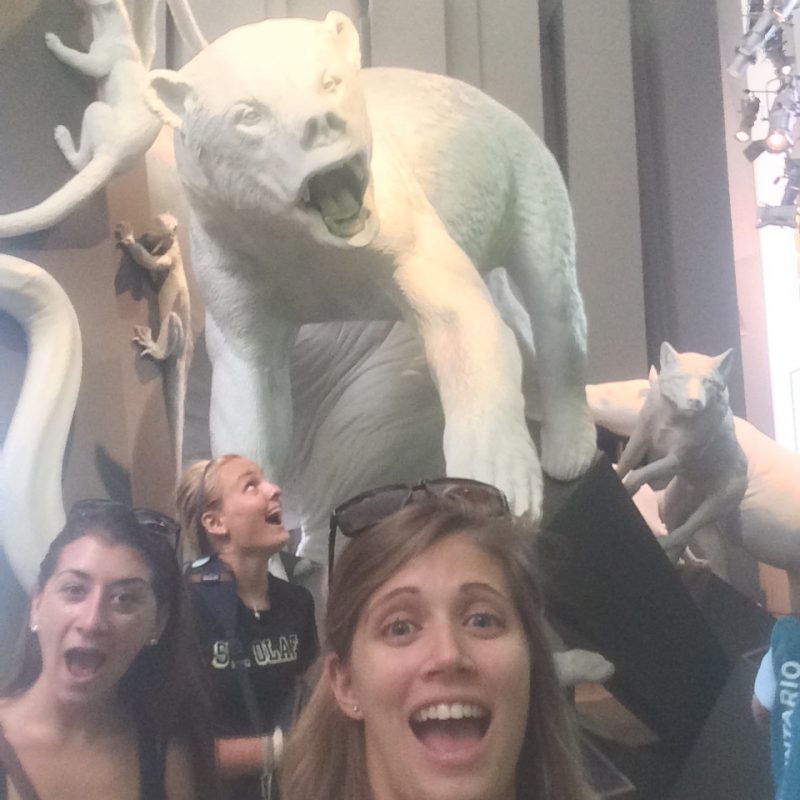 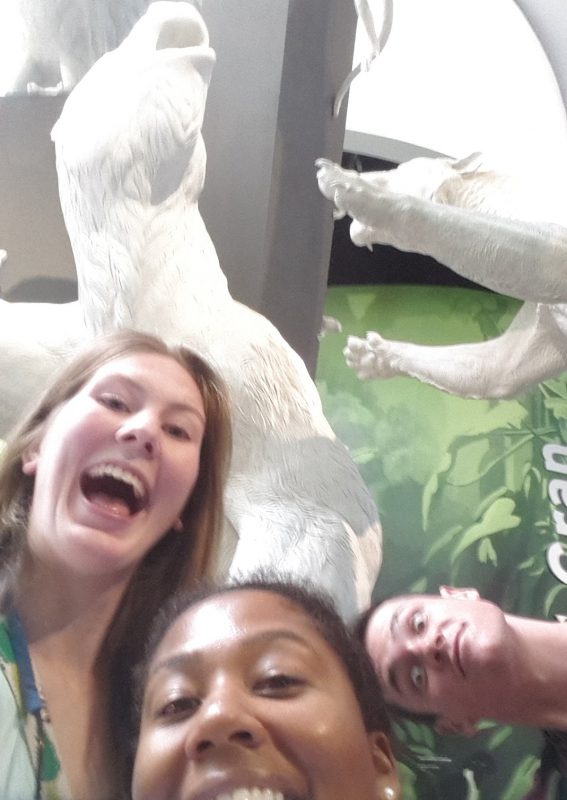 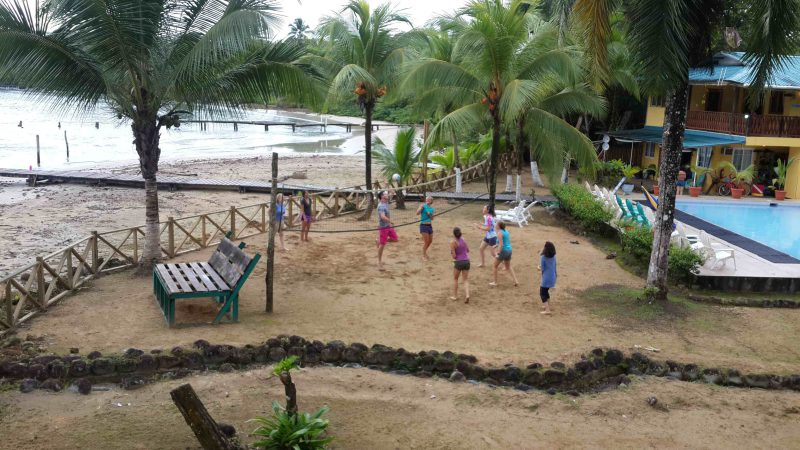