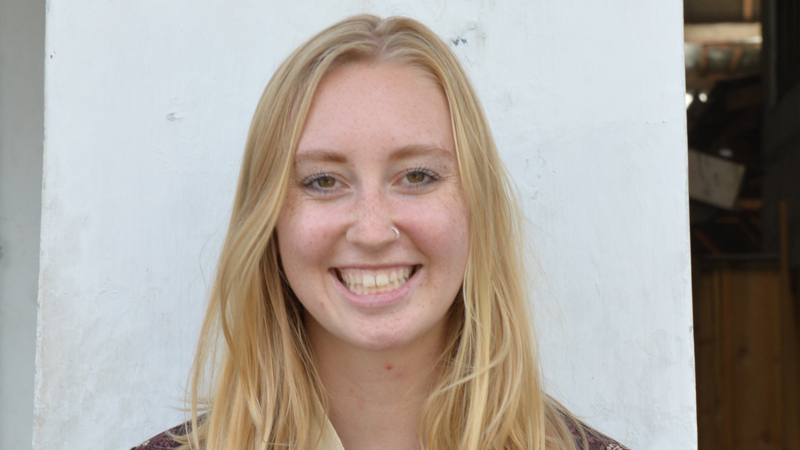 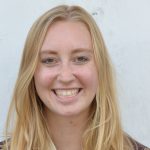 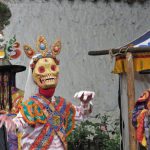 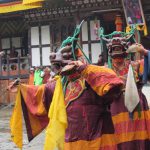 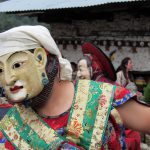 This Thursday our group ventured to our first local tsechu, a traditional Bhutanese festival. The tsechu was held about thirty minutes away from our field station at the oldest temple in the Bumthang valley, Tamshing. The temple has paintings created by the only Bhutanese treasure revealer. Treasure revealers are those who uncover ‘treasures’, commonly seen as teachings that are hidden in the hills from historically significant religious figures such as Guru Rimpoche. The Bhutanese treasure revealer, Terton Pemalingpa, lived during the 15th century.

Outside of the temple, the festivities for the tsechu were underway. Various masked figures littered the dance floor while clown creatures frolicked and fell for the comedy portion of the entertainment. One performer was dressed as Drukpa Kinley, also known as the divine madman. He is a religious teacher who used shock and sexual humor to portray important messages of Buddhism. He is known for making fun of his subjects, being drunk quite often, and using obscene gestures. Because of this, the phallus is a commonly utilized symbol throughout Bhutan. 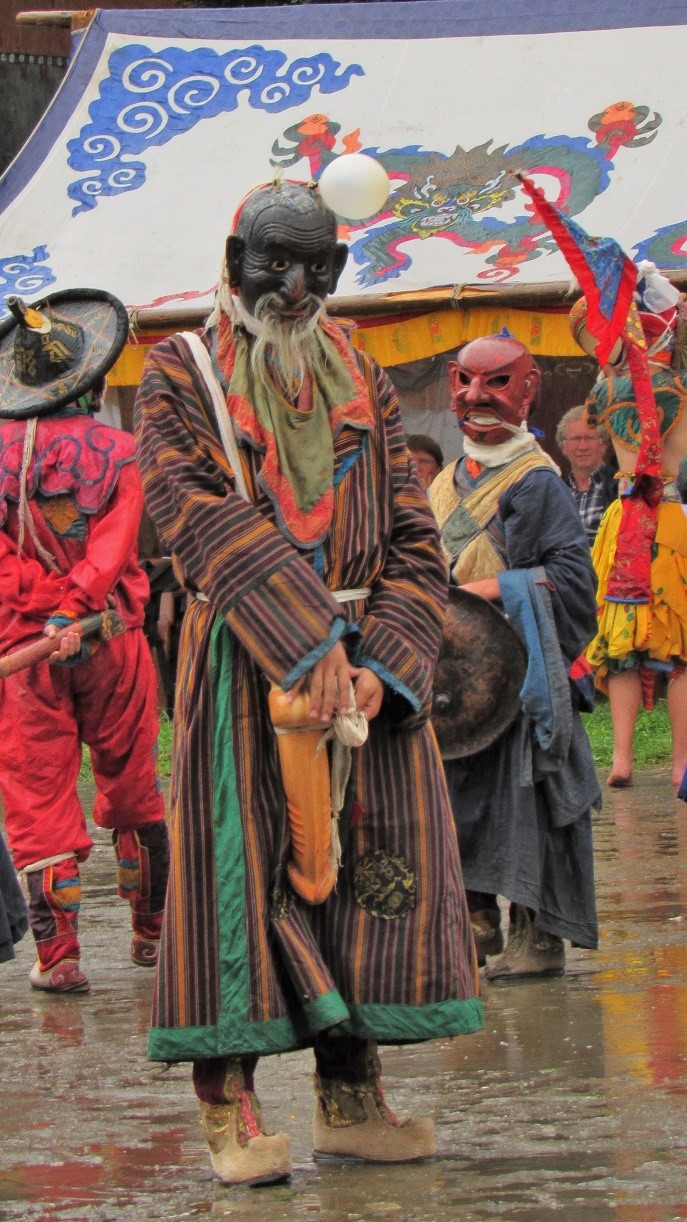 The booming sound of drums, low octave chants, and structured dances with intricate costumes truly revealed the power of religion and culture in this part of the world. Many tsechus are held during the fall, so it appears that our group will have many opportunities to visit these sorts of gatherings throughout our semester. 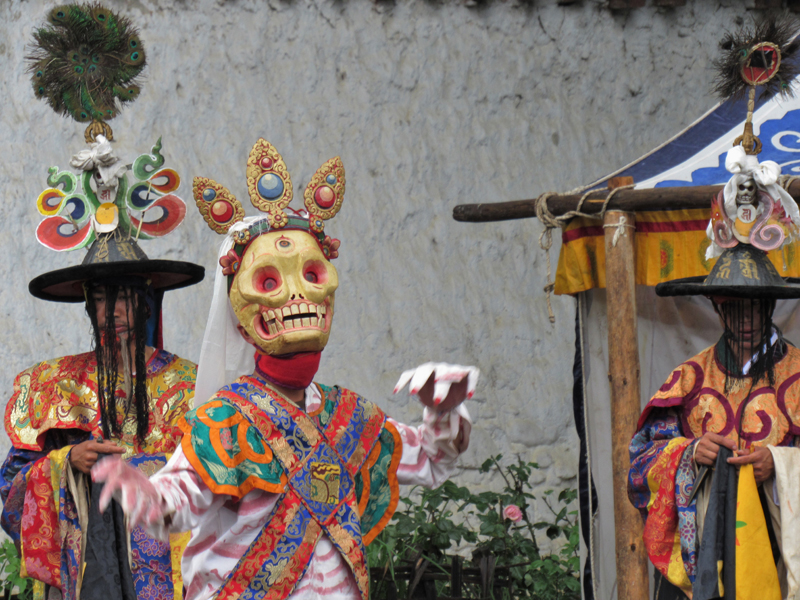 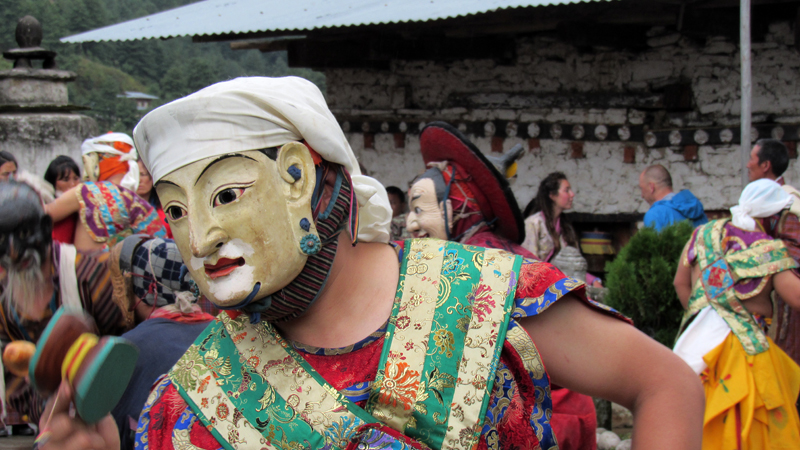 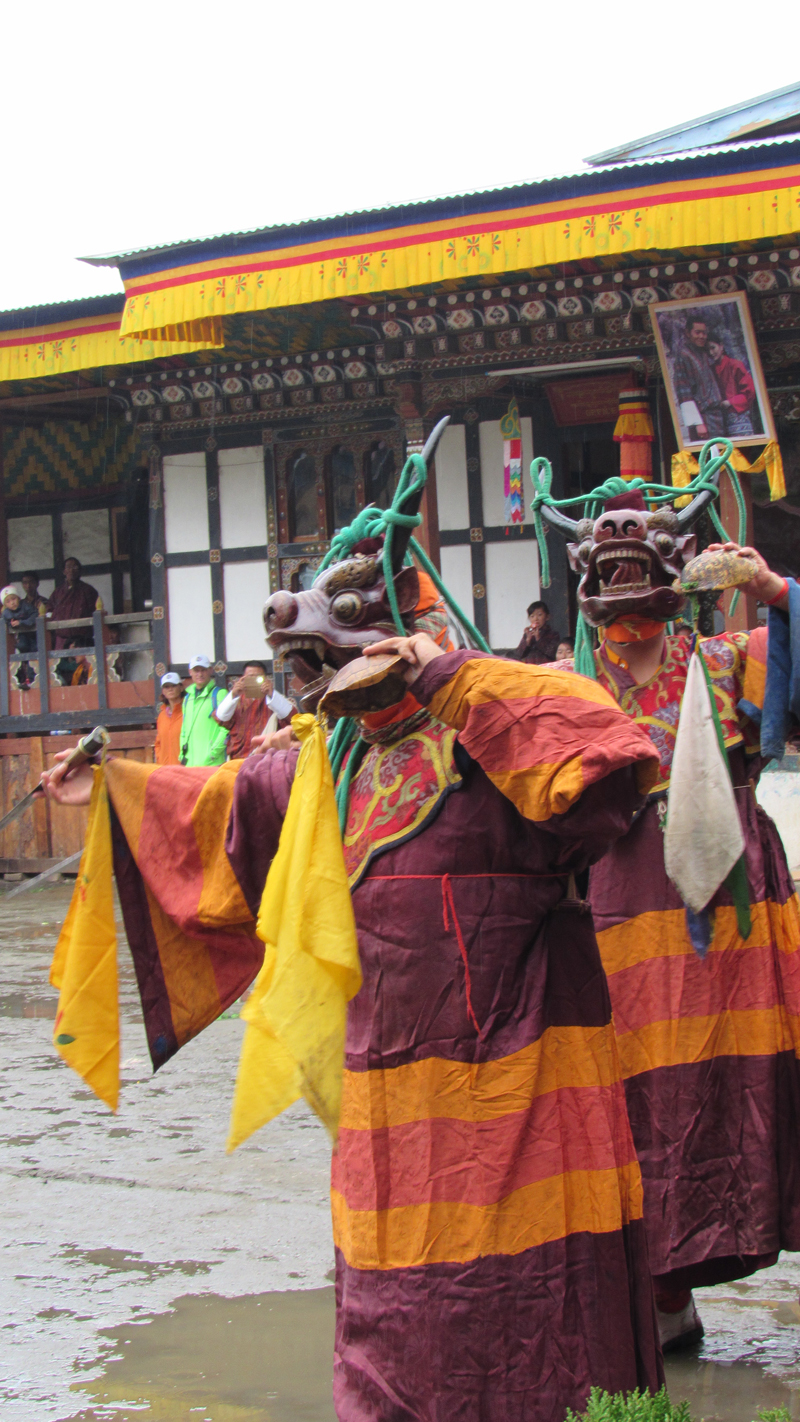 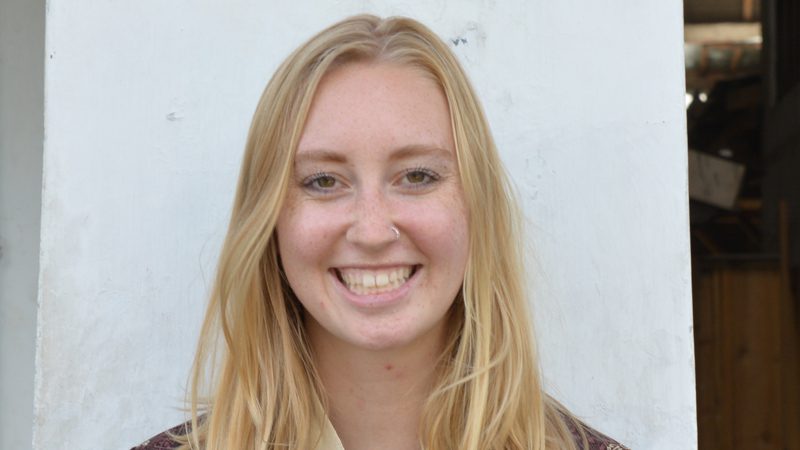 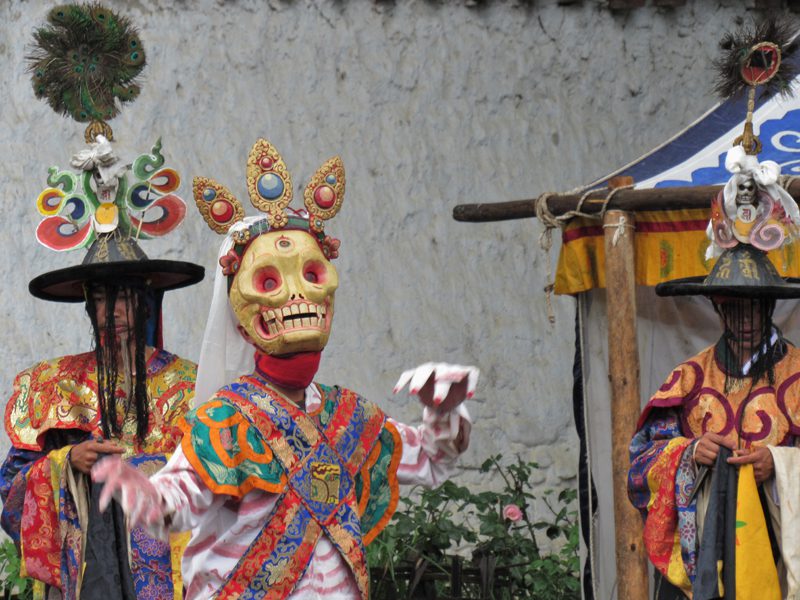 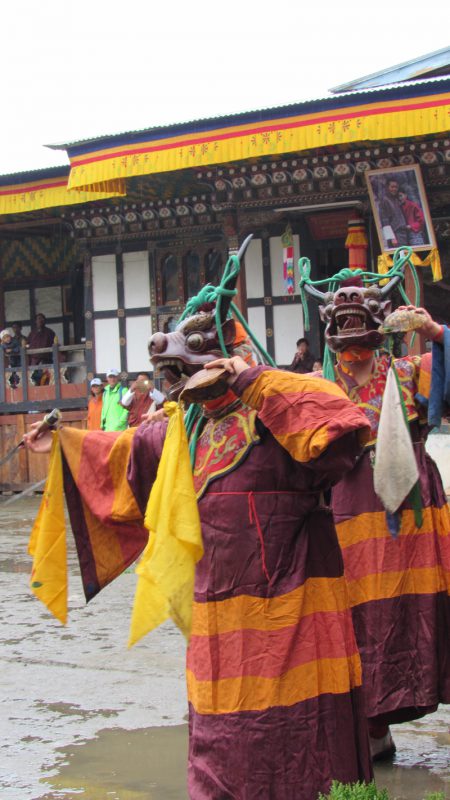 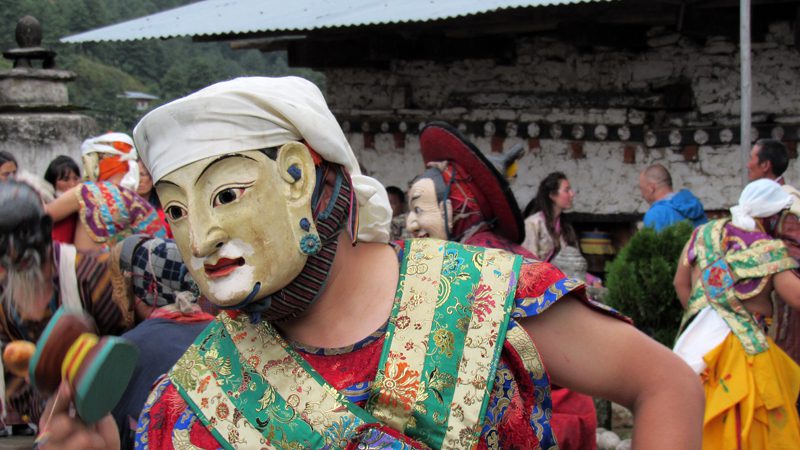