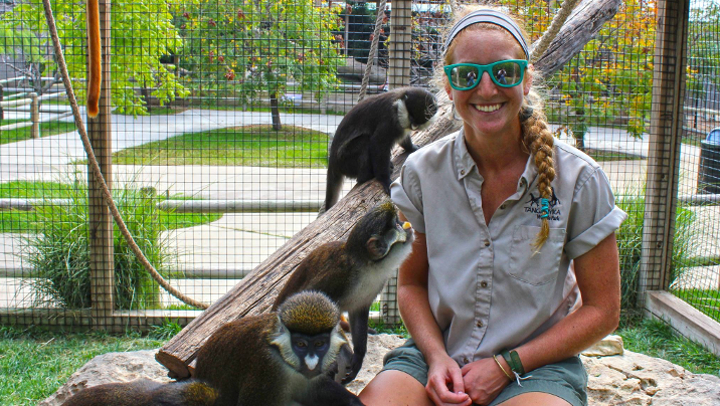 Why did you choose SFS as a study abroad program?

Ever since I was in second grade I had a dream to go to Africa and see the animals I had read so much about. SFS allowed not only a chance for me to fulfill that dream, but also to study these animals in their natural habitats. A program like SFS that heavily emphasizes getting out of the classroom and venturing into the national parks as well as working with local communities was very appealing to me.

Reflecting back on your time in the program, what did you gain from your SFS experience?

My experiences with this program were numerous, invaluable, and life-altering. Perhaps my biggest take-away was the amazing attitudes and perspectives of local African people. The rural areas of Kenya and Tanzania in which we studied are inhabited primarily by people who have very little, yet conveyed extreme happiness and gratitude for what they did have. They have a saying, “There is no rush in Africa,” and I have tried to live by that mantra since leaving. The local people I encountered changed my perspective on my own life, and encouraged me to enjoy every single day and appreciate the little things.

I learned a lot about myself during my months abroad as well. Having the opportunity to learn with students from all over the United States from local guides, who helped us as we interviewed farmers, has given me the confidence to go out on my own and work with new people. I was able to move across the country away from my family and friends to a new place where I knew no one for the job I have now without worrying about whether or not I would be lonely or unable to make new friends.

What is your most profound or lasting memory from your SFS program?

My first six weeks of the program were spent in Kenya. We lived down the road from Amboseli National Park, so we frequently went there for safaris for class. The purpose of one of our trips there was to participate in an annual census count of all the large mammals. We were given a quadrant of the park and six of us piled into a truck driven by our Swahili mwalimu (professor). We spent four hours driving around counting over 400 zebras, numerous elephants, and gazelles. As we drove back to the park headquarters, we jammed to music while taking in the beautiful landscape of Africa. While waiting for the other groups to return, we watched a Chelsea soccer game in a room full of every enthused, traditionally dressed Massai warriors. This was an amazing experience because we weren’t just taking notes for class—we were actively helping the park and collecting real scientific data that could be used. And the dance party/safari on the ride back was pretty unforgettable.

My second six weeks was spent in Tanzania. We were lucky enough to spend a week camping in tents on the plains of the Serengeti. Nothing separated us from the wildlife; we just had our trustee Askaris (night guards). The most vivid memory I have is from a morning safari during which we had to stop and sit in the middle of a road for thirty minutes because we were completely surround by hundreds of White-bearded Wildebeest. We were fortunate enough to be there during the great migration. It was an unbelievable experience to see that many animals in one of the most magical places on earth.

What advice would you give to a prospective SFS student?

GO! You will never have a chance to get so much experience with amazing people in such amazing places. When you do go, take advantage of every opportunity that presents itself while you are abroad—do not have any regrets that you missed out. Don’t be afraid to get yourself out there and make friends with the locals, they will be the most interesting and friendliest people you will ever meet!

What do you do for work?

I am a primate keeper, which basically means I take care of about 5 different species of lesser apes, guenon, and lemurs. Every morning I feed the animals and clean their enclosures, train the animals for veterinary procedures, work on maintenance of exhibits, and educate the public as they hand feed our ring-tailed lemurs craisins on Lemur Island!

Did your SFS experience contribute to where you ended up?

My experience confirmed how much I loved animals and how much I wanted to work with them and learn as much as I could. Being a zookeeper has allowed me to spend everyday surrounded by species that remind me of my SFS trip.

What advice do you have for other SFS alumni looking to get into your field?

It is all about the experience in the zoo world. There are husbandry internships, and there are also internships that focus on training and research. The more versatile you are the better it looks to an employer.