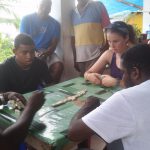 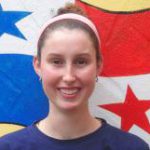 At home in the States, I equate playing dominoes with hanging out in a senior center or attending my grandmother’s bridge club. When I first went to Isla Bastimientos, however, I saw a completely new game. Players smacked their tiles on the table, spectators yelled encouragement for established masters of the game, and trash talk accompanied every new round. That night, after returning to our Center on Isla Colon, three of my fellow students and I dug an old set of dominoes out from under a pile of games in our student lounge. Without really understanding what we were doing, we formed teams and started playing.

At first our plays were random, we matched numbers and tried not to screw over our partners too badly, but we often got stuck – unable to play anything and were forced to start over. When I first came to Panama, I lacked an understanding of the complex social, ecological, and geographic forces at play here. I jumped into the experience but was unable to organize my observations without a framework in which to place them. 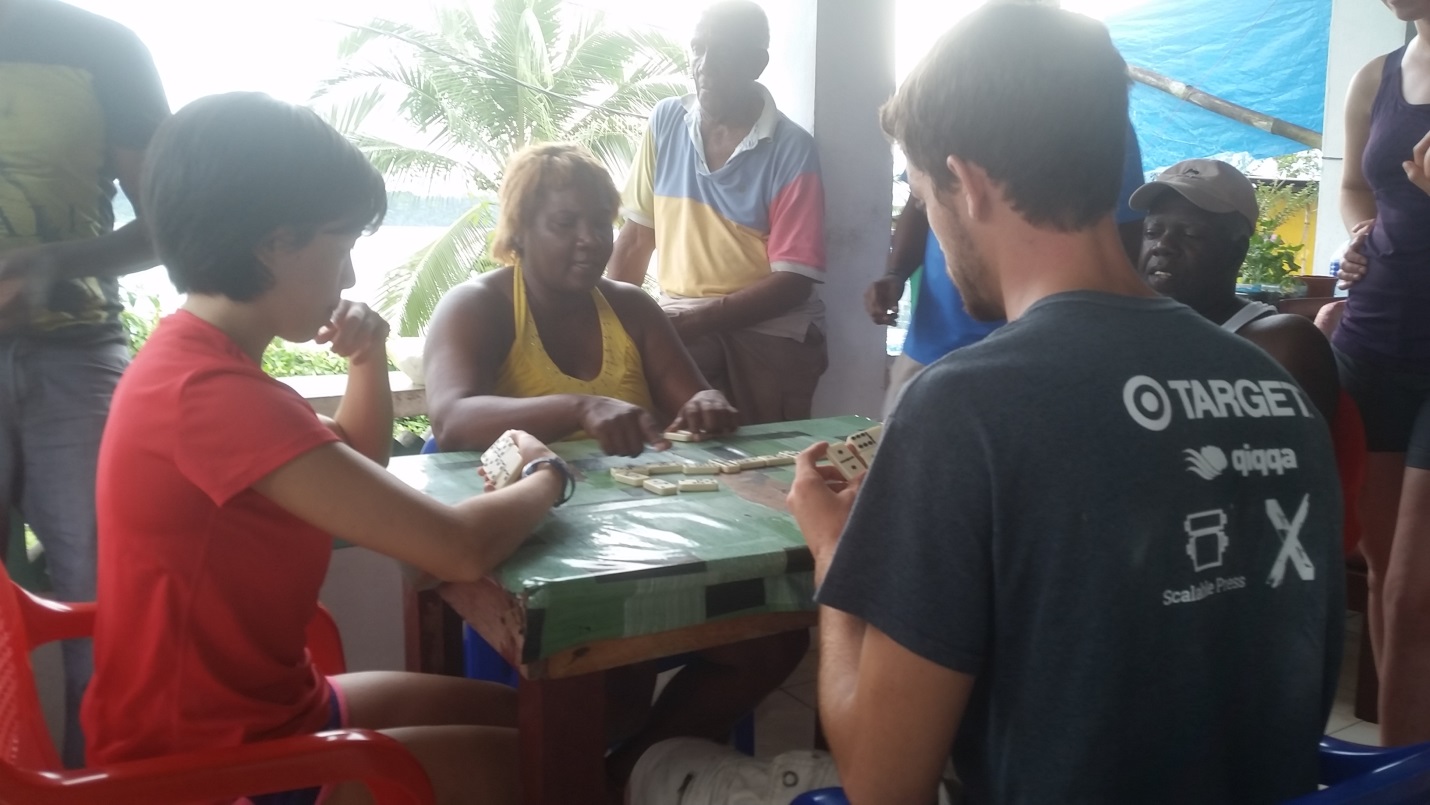 Our teams practiced dominoes during lunch breaks and in the evenings. When the power went out, we played with headlamps. We slowly learned our partners’ playing patterns and how to avoid getting ourselves stuck. When we gained enough confidence, we went back and asked to join the locals’ game on Bastimientos. When we sat down at the small table on front porch of one of the player’s homes, we quickly realized we were not nearly as good as we thought we were. After all our practice we had only a hazy understanding of how to play. The locals knew what play you would make before you did and they played an entire round in the time it normally took us to take a single turn. Our version of the game was child’s play compared to their strategy and depth of knowledge. After their initial laughter at our mistakes, they split up our teams and played with us, teaching us the rules of thumb for communicating with your partner and blocking your opponents’ plays.

The start of our semester in Panama was not entirely dedicated to the improvement of our game, however. In our first weeks at the Center we grew accustomed to our new home. Our professors taught us about biodiversity assessments and the role of the United Fruit Company in the development of Bocas del Toro. We wrote lab reports, practiced field methodology, and read journal articles. I now had a framework through which to understand the new culture in which I was immersed. I had a context for the ethnic diversity and lingering distrust of Americans I was experiencing. In the end though, the true insight I have gained about my new home has come from locals. In a recent field exercise, Cristina, a Ngobe woman from the community of Bahia Roja, told us about the impact a new resort has had on her family. This kind of testimony trumps reading an article every time.

My dominoes game has come a long way from the haphazard plays I made in September with my fellow American students, but I still have a lot to learn. Practicing at home only got me so far. At some point, I had to go out into the world and ask for a new perspective. This afternoon, when I get out of class, I’ll call a water taxi and head back to Bastimientos to play dominoes and just maybe, I‘ll learn something else as well while I’m there. 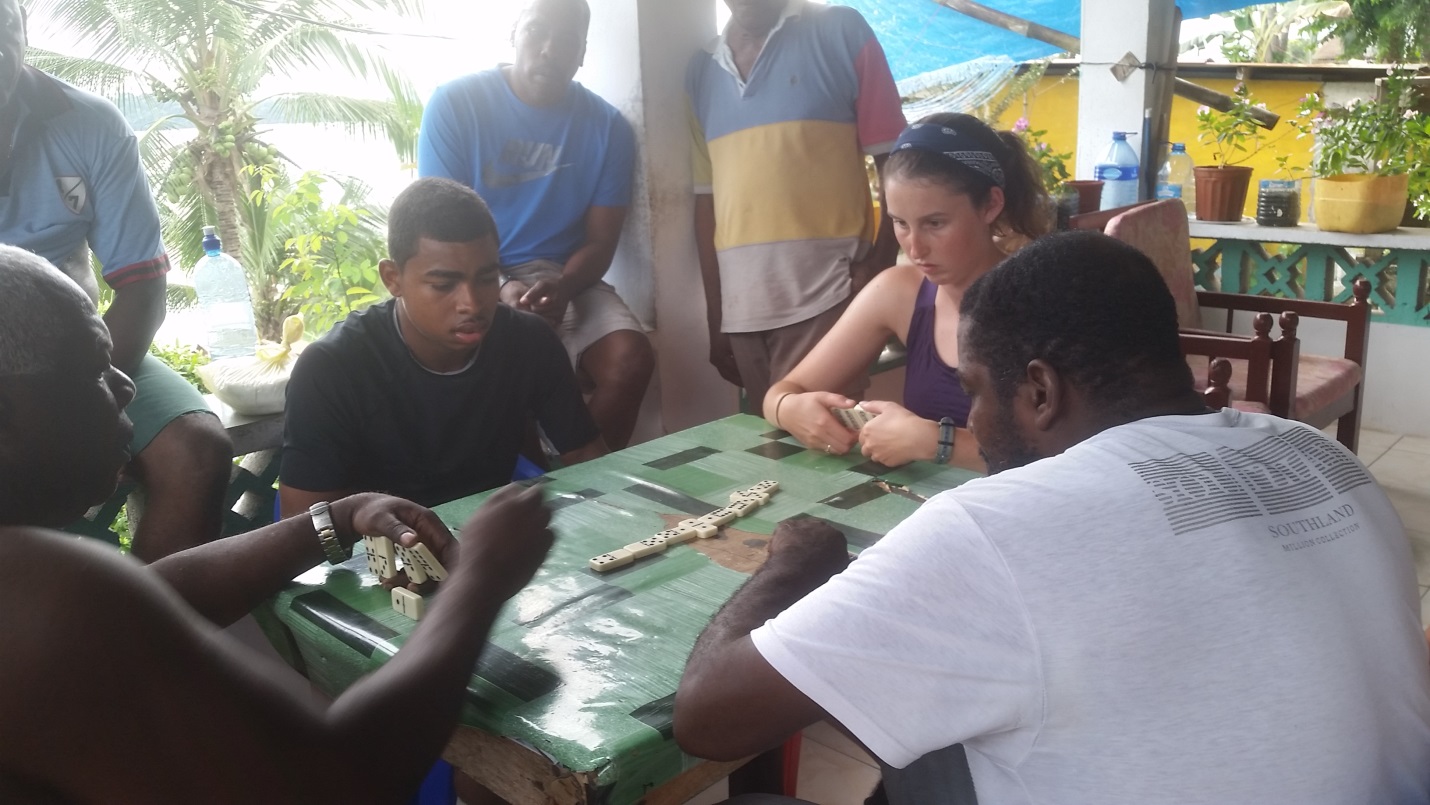 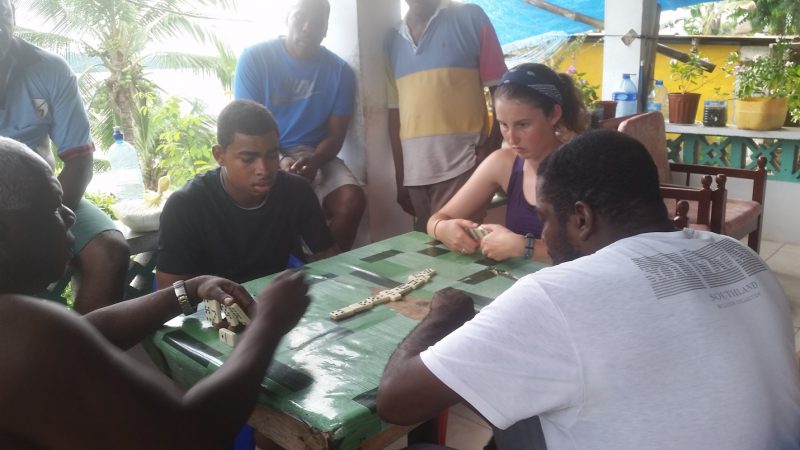 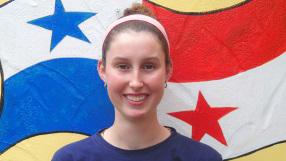