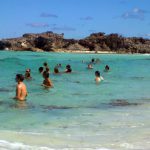 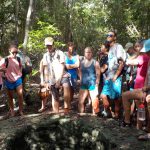 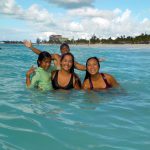 October was an exciting month for the SFS Center for Marine Resource Studies (CMRS)! All 36 students, four interns, one Student Affairs Manager, and our Environmental Policy and Socioeconomic Values professor (me) embarked on a four-day field trip that included visits to our neighboring islands: Middle Caicos, North Caicos, and Providenciales. Each island painted a remarkably different picture of the Turks and Caicos.

North Caicos, often referred to as the “breadbasket of the TCI,” is stunningly green and lush when compared with desertified South Caicos. The island receives plenty of rain, and our tented students used rainflies (and plenty of mosquito repellent) to help us cope with the elements over the two nights we camped on North. While there, we were fortunate to visit the Caicos Pine Restoration Project where dedicated local foresters are working to protect an endangered indigenous tree. We also received a tour of Wade’s Green, a well-preserved Loyalist sugar plantation dating back to 1789. 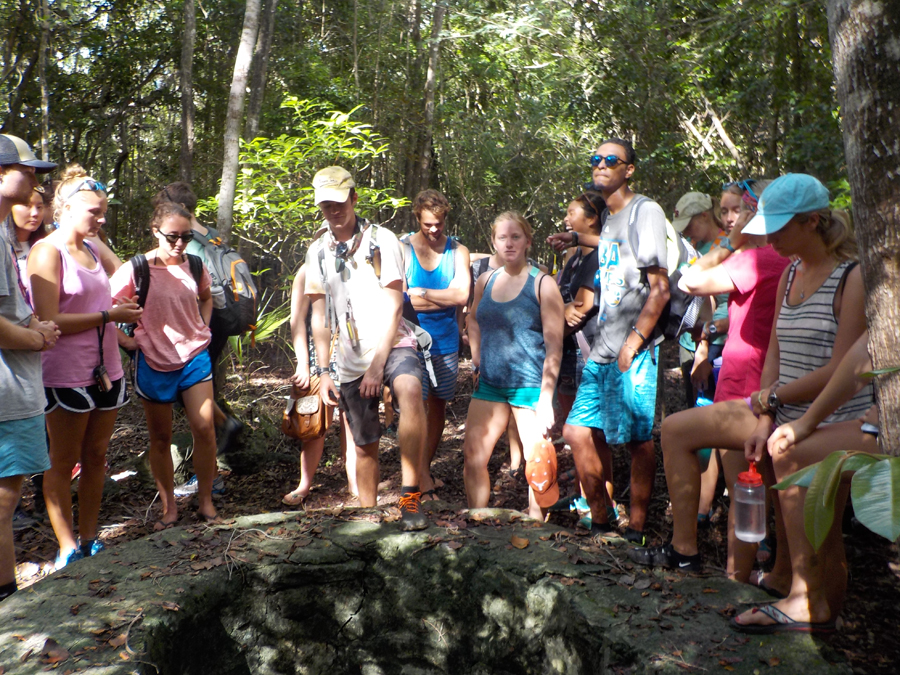 Gathered around a 200 year-old well, students listened to our guide’s stories about the everyday lives of the dozens of slaves exploited at Wade’s Green (North Caicos).

On Middle Caicos, we had the opportunity to visit the Conch Bar Caves, a place where Lucayan indigenous people held religious ceremonies. This is one of few places in TCI that is actively associated with its largely decimated pre-Colombian past. On the second day of our trip, we returned to Middle to spend a few hours relaxing, playing Frisbee on the beach, and/or body-surfing in the gorgeous waves. 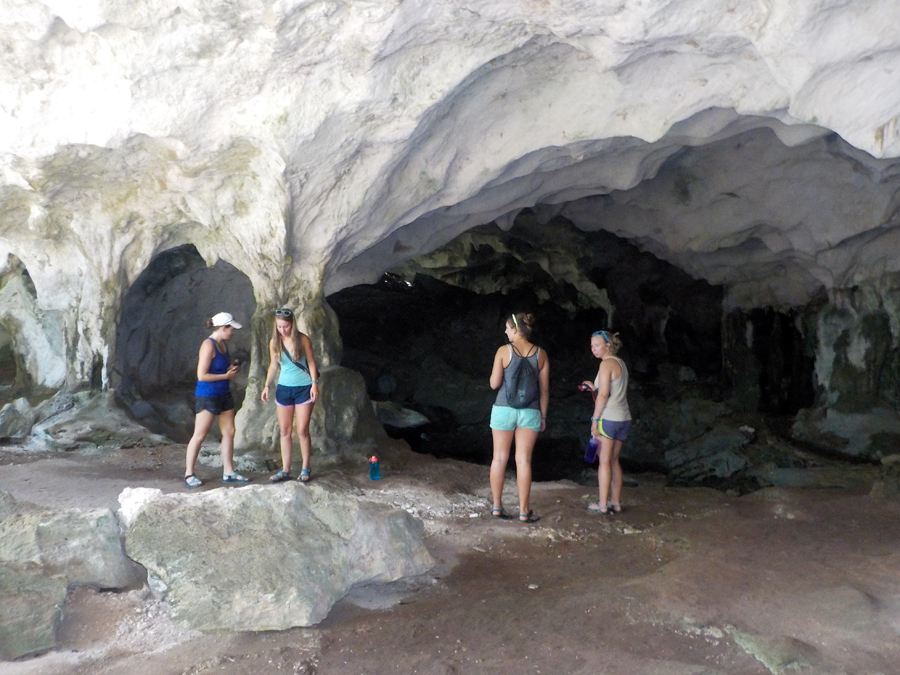 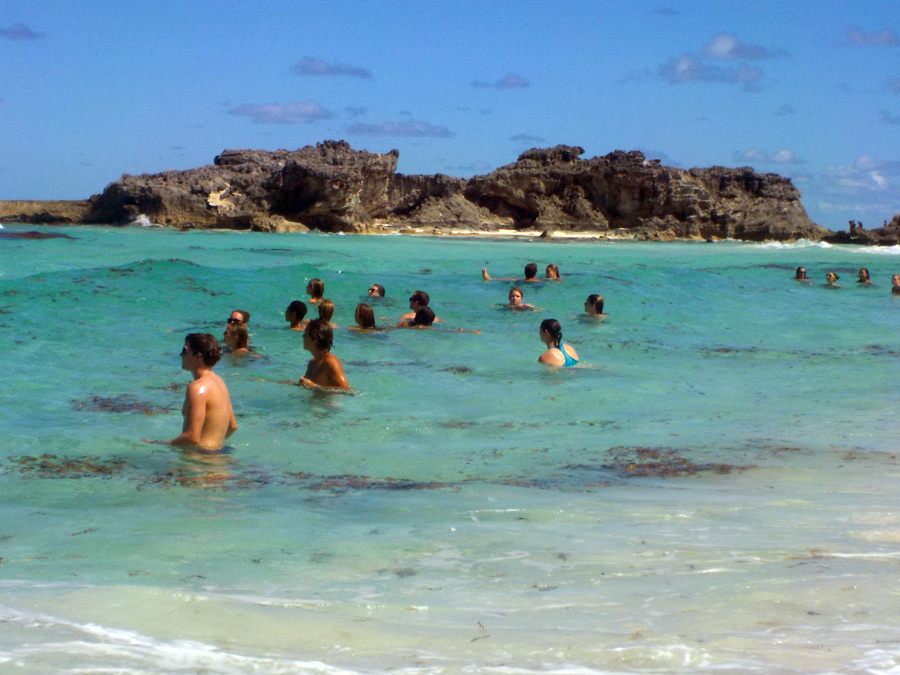 Students enjoy some well-deserved relaxation (and a bath!) at Mudjin Harbor (Middle Caicos).

The final stop on our trip, Providenciales (“Provo”), drew a sharp contrast between relatively undeveloped North and Middle Caicos. Provo is the most populous island in TCI, and over the past thirty years has been developed largely to attract foreign tourism. While in Provo, students donned their hats, re-applied their sunscreen, and grabbed their clipboards to conduct approximately 125 surveys with tourists: on the beach, near the shops, and at hotels and casinos. The surveys were designed to determine tourists’ relative knowledge of Marine Protected Areas (“What are they?”), as well as their rates of seafood consumption (“How many times per week?”). Students later combined all data and used their findings to write individual reports about tourism and tourist trends in Provo. After they were finished surveying, however, it was back to the beach for one last dip in the cool turquoise waters of Grace Bay. 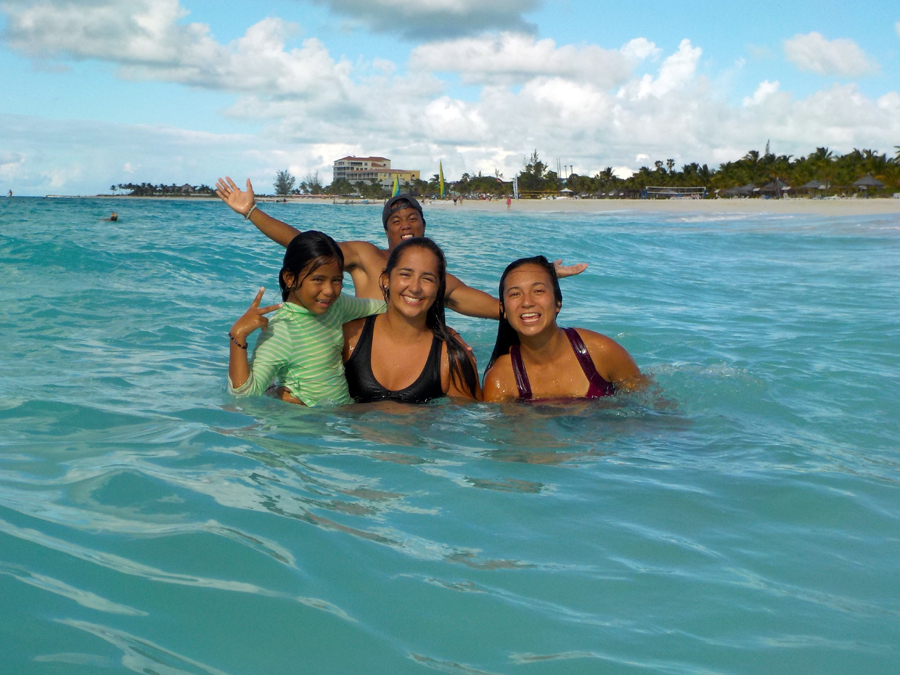 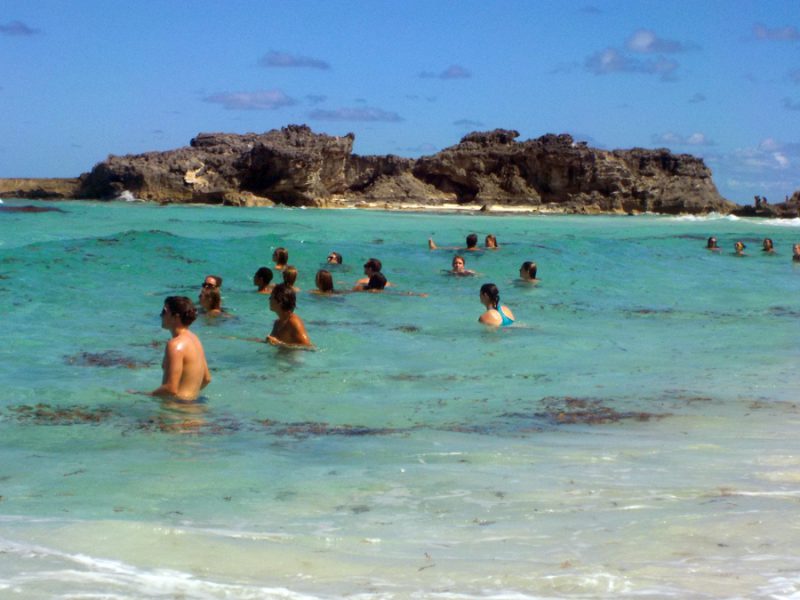 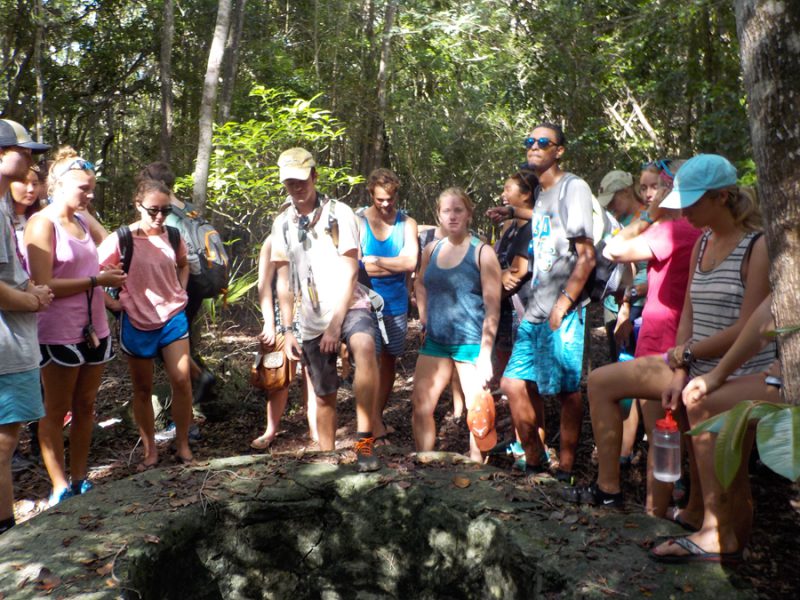 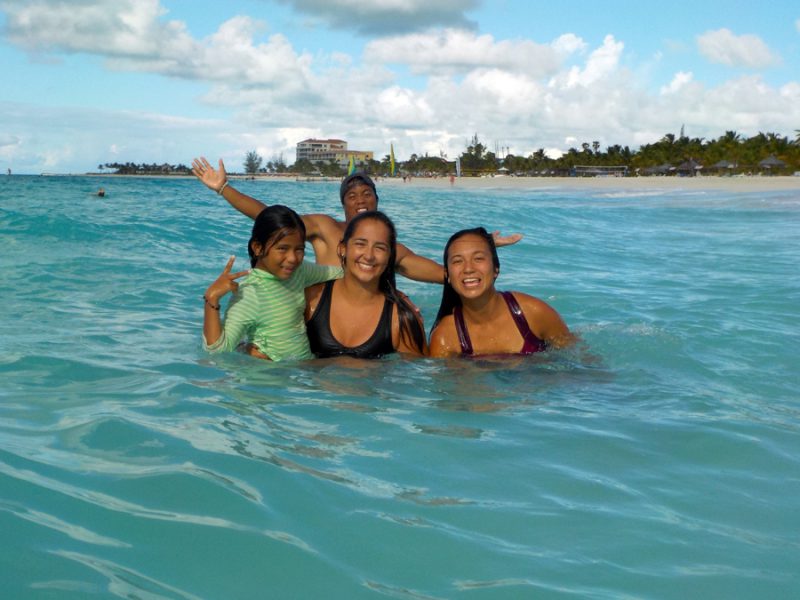