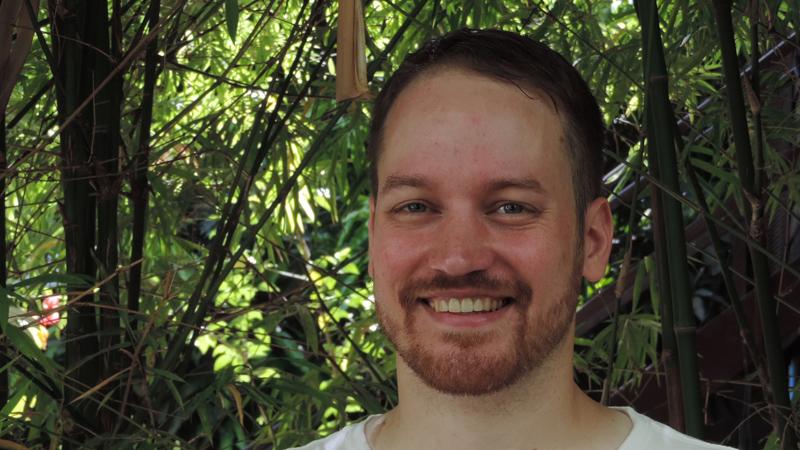 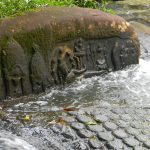 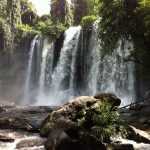 Finals are finally finished and we have moved into the ultimate stage of our program: Directed Research. I am part of a team that is trying to find out more information about two villages, Anlong Thom and Phum Thmey, which are located within Phnom Kulen National Park.

The park itself is beautiful and attracts an incredible number of tourists every year, but more than that it is an incredibly important place for the people of Cambodia historically, spiritually, culturally, and environmentally. Phnom Kulen is the site where Jayavarman II was declared the first God King of what would become the vast Khmer Empire. The rivers are filled with sacred carvings, many depicting creation stories or symbols of fertility such as carvings of the yoni and the linga. As water from these rivers flows over the sacred carvings it becomes transformed, blessed, sacred itself, and was used historically to water the crops of ancient Angkor. Today as in the past, water from Phnom Kulen flows into the lowlands giving life, although deforestation now threatens to diminish these water supplies. 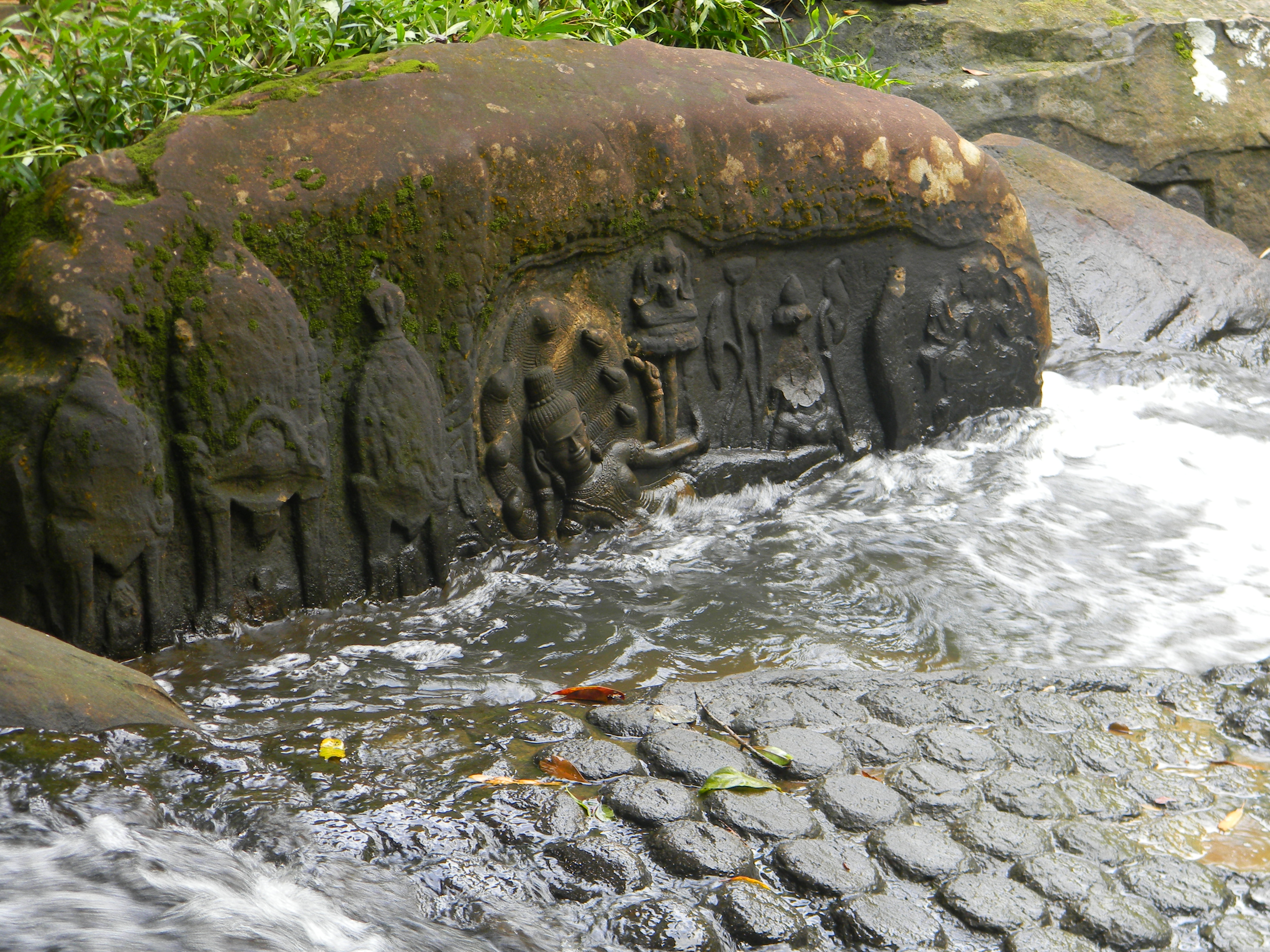 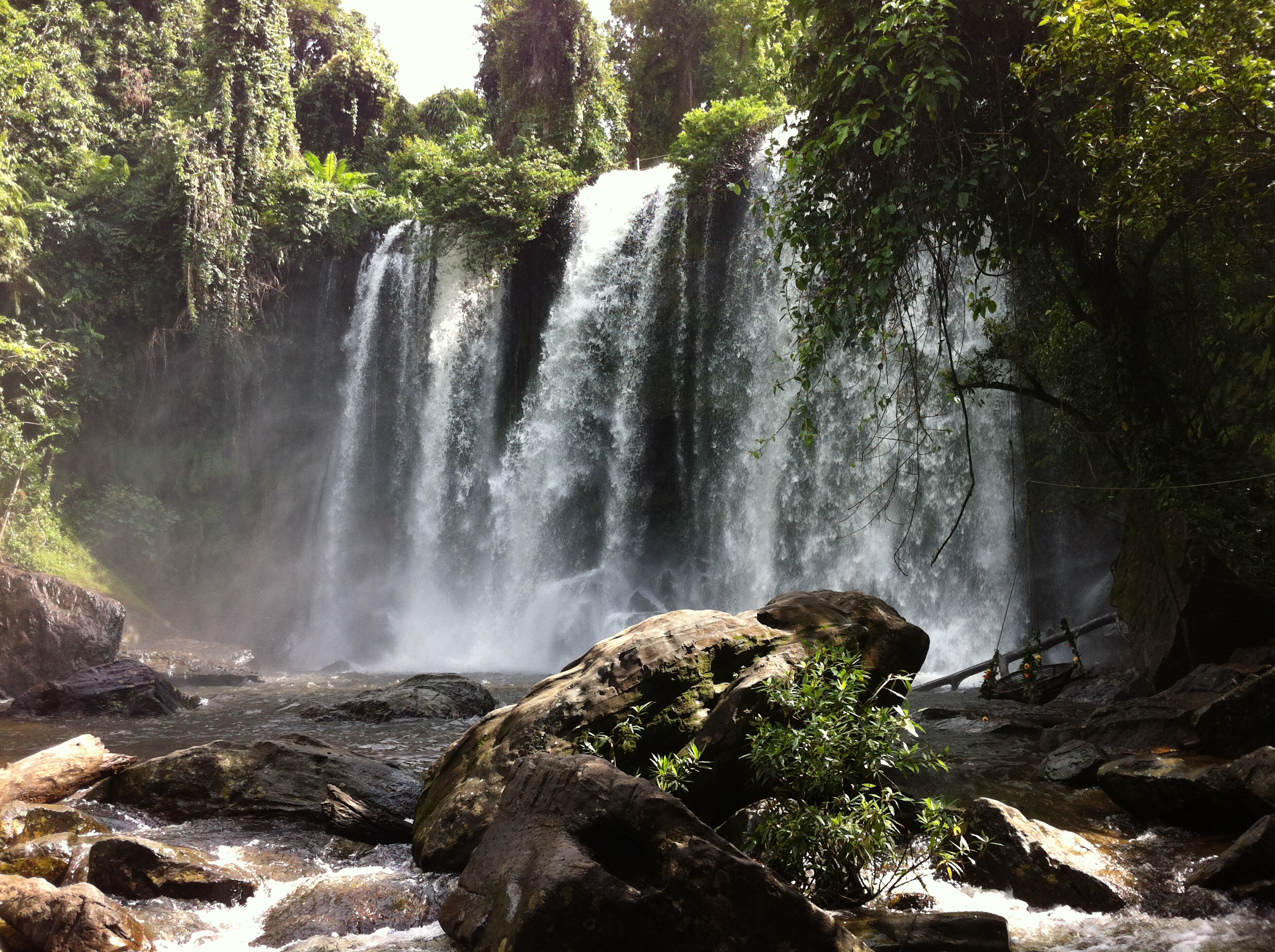 I feel very fortunate to be able to take part in the research that is happening this term at Phnom Kulen. For the first time in the history of this program we have been given special permission allowing us to conduct research up on top of the mountain, giving us access to Anlong Thom and Phum Thmey. The project I am involved in is focused on trying to document the origins, social histories, and changes in livelihoods and living conditions over time in the two villages.

Although I am enjoying learning more about both the people who live in Anlong Thom and Phum Thmey and the histories of their villages, it can be hard at times to hear about the recent past in Cambodia.

Even though all of Cambodia has been traumatically affected by a recent and lengthy period of tragedy and war, I feel that Phnom Kulen must have been one of the worst affected areas. The mountain saw a lot of heavy fighting from 1983 until 1995 and was one of the Khmer Rouge’s strongholds all the way up to as late as 1998, by some accounts. People were terrified of both armies, the Khmer Rouge and the state forces, that had invaded their home. To try to avoid the bullets and artillery being fired villagers slept in trenches that they dug underneath their houses, only coming out when hunger forced them to. Sometimes families would flee the villages completely and seek safety in the caves of the forest, usually two or three families to a cave, but that was hard living too. Of course while this war was going on the people still had to farm… one elder woman in Anlong Thom said simply, “how else would we eat?”. However, farming and life in general was made tougher in an area that had become riddled with landmines due to the fighting. Mines were laid by both sides in the conflict around the villages, throughout the forests, and sometimes even directly around the very farms that the villagers were trying to reach. One of the men from Anlong Thom that I interviewed said that “there was still heavy fighting here while people in other places of Cambodia were drinking coffee or going to nightclubs”.

Having a better understanding of some of the recent past makes me even more in awe of the warmth that I feel from villagers when I talk with them. I am always so thankful that so many people are willing to take time and sit down with me and tell me their stories.

Some of my favorite stories are about how Anlong Thom was created. So far the two main accounts are that the village was founded either by sea pirates or robbers that stole cattle from the lowlands, who would transport their stolen cattle to Thailand through the forest, or that it was named after a large pond that was formed by a natural dam that sambar and muntjac (think deer-like animals) would take refuge in from packs of wild dogs. I guess the stories aren’t mutually exclusive though so the pirate robbers could have named the village after the big pond where they saw all of the deer swimming. Hopefully I will find out more as our Directed Research continues. 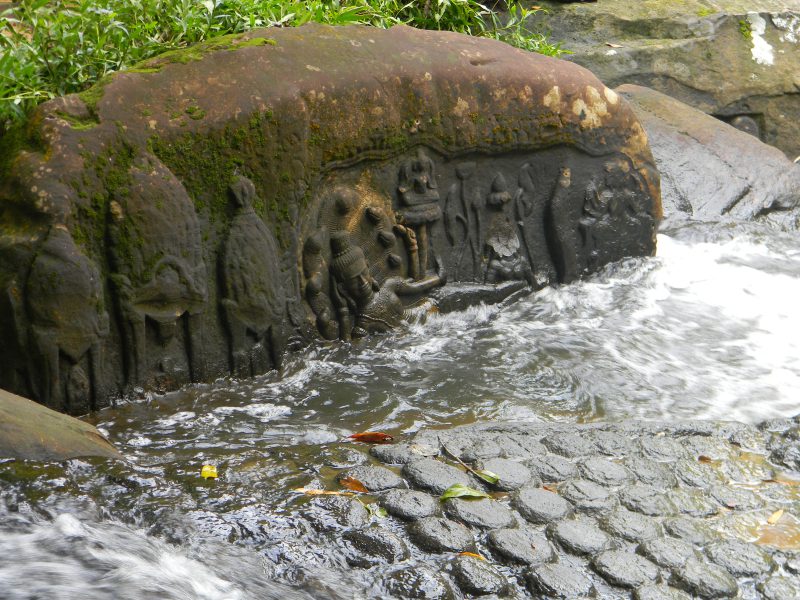 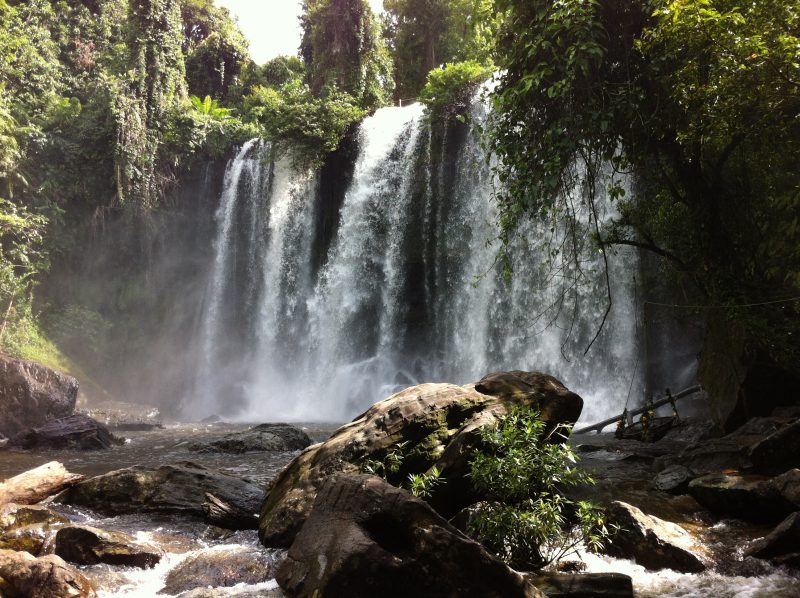