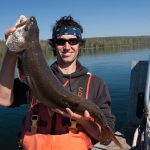 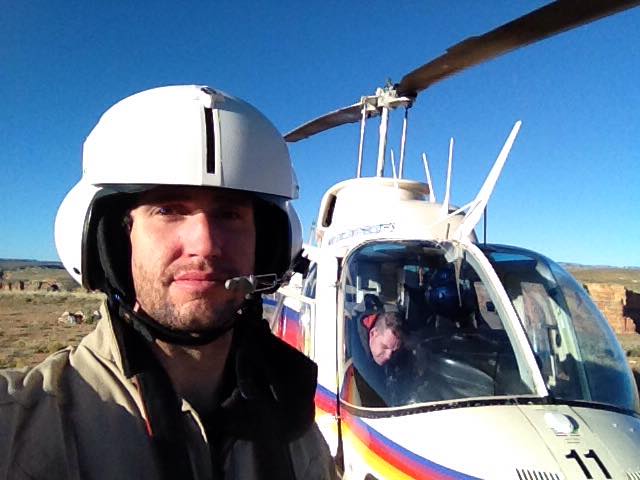 Why did you choose SFS as a study abroad program?
Unlike most SFS students, I completely lacked scientific experience — let alone field experience — when I applied in 2007. I was an English major, and my only exposure to ecology was the occasional book by E.O. Wilson or David Quammen. Still, I loved the outdoors and particularly wildlife, and I longed to surround myself in nature (maybe I’d read too much Thoreau). SFS Australia was the most remote study-abroad program I could find. I’m proof that, with some intellectual curiosity and hard work, you can succeed at SFS no matter your academic background.

Reflecting back on your time in the program, what did you gain from your SFS experience?
First, I gained familiarity with all kinds of vital scientific concepts: the ecological perils of habitat fragmentation and isolation; the value of wildlife corridors; the process of forest succession, and so on. I also became part of a wonderful like-minded community, and made friendships that I still value today. Perhaps most importantly, however, I came to understand the fundamentals of research, and developed a profound appreciation for the mental and sometimes physical rigor that goes into conducting a field study or experiment. I think laypeople — and I was certainly a layperson before SFS — think of science as something that happens in hygienic labs flooded with fluorescent light, conducted by people wearing white coats and latex gloves. I discovered that many scientists are more comfortable decked out in rain pants, covered in mud, and wielding a wrench. Setting up a study requires all kinds of problem-solving skills, many of them mechanical — how do you attach this radio-tag? measure this transect? fix the coffeemaker at 3 am? — and the best scientists have a good bit of engineer in them. As someone who writes about scientists every day, I’ve benefited from being able to talk intelligently and empathetically about just how dang hard fieldwork can be.

What is your most profound or lasting memory from your SFS program?
For my final project, I took part in a study that examined how bats use rainforest habitat. The fundamental challenge, of course, is that bats are nocturnal; lacking a budget for radio-tags, how the heck do you follow a bat through a pitch-black jungle at 2 am? Jess Wallace, our professor, devised an ingenious solution: Using a biodegradable adherent, we stuck tiny green glowsticks to the backs of captive bats, then turned them loose. Picture a half-dozen 20-year-olds charging through dense rainforest, their eyes fixed on a tiny green speck bobbing in utter blackness, their headlamp beams swinging wildly in pursuit, vaulting over red-bellied black snakes and dodging stinging trees, shouting out “canopy!” or “understory!” to another student striving desperately to simultaneously record data and keep up, everyone drenched in mud and pin-cushioned with thorns. It was beautiful, delirious mayhem. I’d never had so much fun.

What do you do for work?
I’m a freelance journalist who covers science and the environment, with a focus on wildlife conservation and fisheries management. I’ve written for a variety of publications, including Scientific American, Orion Magazine, High Country News, The Guardian, Earth Island Journal, and many others. In the last couple years I’ve covered enough species to fill a zoo — grizzly bears, salmon, wolverines, salamanders, bison, beavers, sea turtles, and lamprey, to name a few. It’s a blast.

What does that actually entail on a daily basis?
I spend my days trolling through the scientific literature, combing the tsunami of press releases that crash in my inbox, and perusing local newspapers in search of important stories the national press is missing. Primarily I’m looking for new studies or topics that might pique the interest of my editors and readers. I don’t do a lot of straight “gee-whiz” science reporting; much as I revere the pursuit of knowledge for its own sake, I prefer covering research with practical applications — for instance, how might this new technique for extracting DNA from scat help us protect mountain lions? I often have the opportunity to accompany scientists or government officials into the field; in the past year, my reporting has taken me to Alaska, Montana, Olympic National Park, Lake Tahoe, the Grand Canyon, and the Bahamas. You can learn a lot over the phone; still, nothing beats a high-quality field experience. 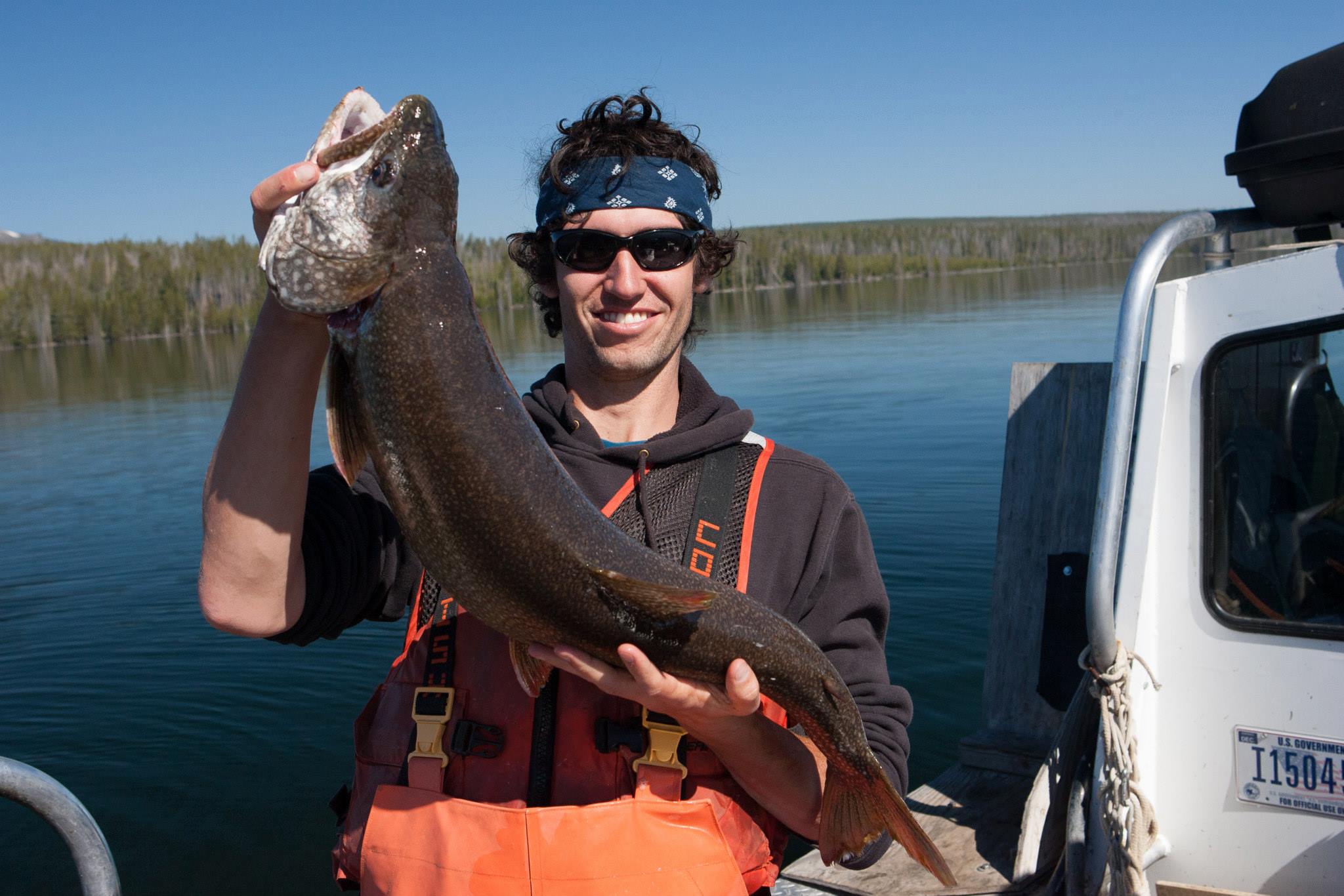 Did your SFS experience contribute to where you ended up?
Absolutely! In college, I knew I wanted to write; like many wandering English majors, however, I wasn’t quite sure what I was going to write about. SFS inspired my passion for biodiversity conservation and helped me channel my journalistic ambitions in a particular direction. Cheesy though it sounds, my path was settled a couple weeks into my SFS experience, the moment I first held a bat — its body warm, soft, trembling, and impossibly fragile in my hands. In that instant, I understood the true meaning of conservation — that animals are beings of flesh and blood, not just abstract numbers on a graph or providers of vague “ecosystems services” — and I knew that in some capacity I would devote my life to wildlife.

In 2013, I received a grant from the Solutions Journalism Network to write a series of stories about the Yellowstone to Yukon Conservation Initiative, or Y2Y, a 2,000-mile-long wildlife corridor that link up parks and protected areas throughout the Northern Rockies. The concept that underpins Y2Y — that isolated parks can’t meet the ecological needs of many species, and that corridors between habitat patches can help creatures migrate, mate, find food, and connect with other sub-populations — was one that I learned about during my time at SFS.

I vividly recall touring the properties of dairy ranchers and seeing these thin strips of green, often following riparian areas, that ran from one forest patch to another. The concept captured my imagination, and upon my return to college I set about researching other wildlife corridors, including Y2Y. Six years later, that long-term fascination became a grant and a two-month reporting trip through the Northern Rockies. Subsequently, I published stories about habitat connectivity in Orion Magazine, Earth Island Journal, Modern Farmer, Medium, Conservation Magazine, and other outlets. Reflecting upon those stories, I’m struck by how SFS shaped and informed them. Yes, I’m writing about grizzly bears on the prairies of Alberta and wolverines in the mountains of Montana, but I’m deploying fundamental conservation principles that I first encountered applied to cassowaries and tree kangaroos in Australian rainforest.

Are you professionally connected to other SFS folk?
Yes! Back in 2014, I was writing a story about salmon habitat restoration in the Columbia River Basin, and a couple of biologists took me out to see some projects in the Deschutes River. We went to inspect a fish weir manned by a few technicians, one of whom looked vaguely familiar from afar. Which she lifted her head, I realized that she was a fellow SFSer who’d collaborated on the bat project in Australia. To the confusion of the other biologists, we embraced on the riverbank, marveling at the serendipity of it all. Over dinner she offered some invaluable wisdom that helped inform the story. Hopefully those kinds of propitious coincidences will become more common as my SFS friends depart graduate school and advance through the ranks of academia and conservation.

What advice do you have for other SFS alumni looking to get into your field?
For starters, read constantly — not just scientific studies, but ecology’s representation in popular literature. Caroline Fraser’s Rewilding the World, David Quammen’s Song of the Dodo, and Jon Mooallem’s Wild Ones are indispensable additions to any conservation writer’s book shelf. It’s true that the current media landscape is a challenging one — rates are low, newspapers are dying, and myriad writers are competing for the same gigs. At the same time, the web has allowed an incredible diversity of new publications to flourish, all of which are hungry for new writers. (For details on how to break into those magazines and journals, check out a blog post I wrote in 2015 for Canadian Science Publishing.)

If you’re a scientist yourself, consider starting out by writing op-eds and dispatches about your own research, and the work of your friends, perhaps in a campus publication; then parlay those writing samples, or “clips” — your currency as a writer — into an internship or additional freelancing opportunities. It’s not the easiest career path in the world, but it’s among the most rewarding — and heck, the academic job market is pretty tough too! Science writing is certainly in flux, but in some ways there’s never been a more exciting time to break in.

Finally, if you’re a recent alumni seeking writing advice, or an older one interested in gaining some thoughtful, conscientious media coverage for your research, or if you just want to chat about media and conservation you can reach me at ben.a.goldfarb@gmail.com, or on Twitter at @ben_a_goldfarb. Looking forward to hearing from you! 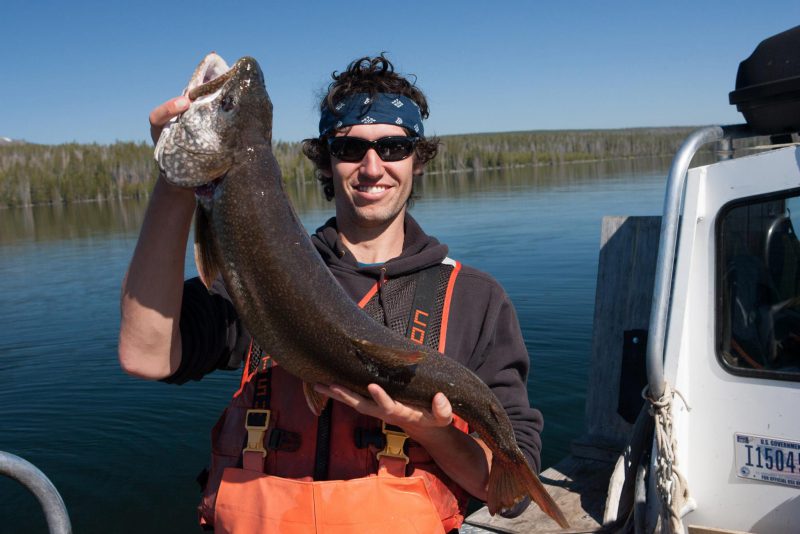