New 2017 Spring Semester Program to Increase Opportunities for Undergraduate Study and Research on Conservation, Biodiversity and Livelihoods in Bhutan 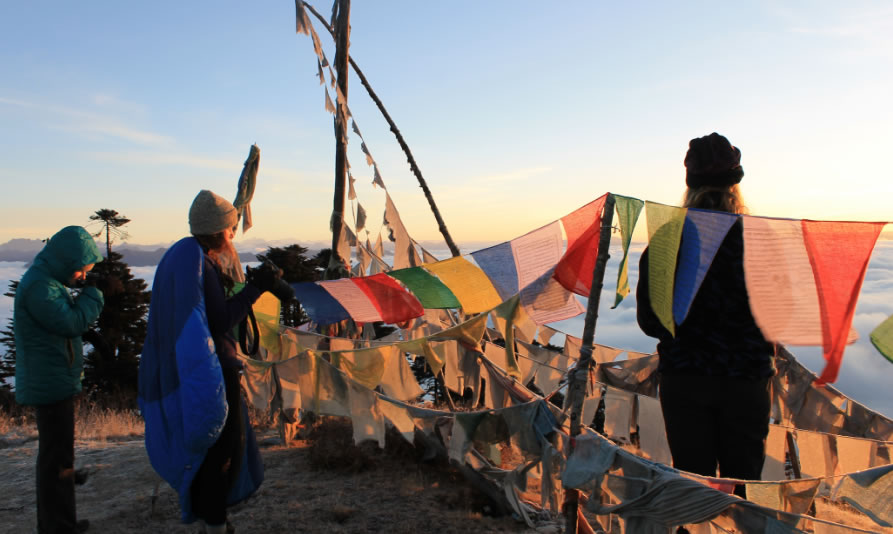 Since 2010, SFS and UWICE have offered “Eastern Himalayan Forests and Rural Livelihoods,” a six-week, six-credit summer program. Last September, they introduced “Himalayan Environment and Society in Transition,” an 18-credit fall semester program. Both programs examine how Bhutan’s society interacts with the natural world and study the country’s culture, religion, and history; rural development; ecology of the eastern Himalayas; biodiversity; resource management; and conservation techniques. Students conduct research projects in summer and semester programs on topics jointly selected by UWICE and SFS, the results of which are presented to stakeholders including the Royal Government of Bhutan’s Department of Forests and Park Services, government guests, and community leaders.

“Building on the long collaboration between SFS and UWICE, this new semester greatly increases our capacity to conduct research on issues that are important to Bhutan, such as biodiversity, rural-urban migration, and sustainable tourism,” says Dr. Jim Cramer, President of SFS. “We are pleased to play a role in the development of knowledge which will help shape the country’s future, and protect its culture, environment, and notion of Gross National Happiness.”

“Students complete these programs with a better understanding of our world and a stronger determination to work towards protecting it,” says Dr. Nawang Norbu, Director of UWICE. “To be part of a program which combines education, cross-cultural exchange, as well as such important environmental research, is rewarding indeed.”

Over six years, SFS programs have educated approximately 120 U.S. undergraduate students in Bhutan – a country with small but growing numbers of study abroad students and tourists. The 2015 Open Doors Report on International Educational Exchange indicates that in the 2013-14 academic year, 38 U.S. students studied in Bhutan, up from 26 in 2012-13. Annual tourism in Bhutan was estimated at 116,000 in 2013, according to the World Tourism Organization.

SFS is now accepting applications for the fall 2016 and spring 2017 semesters, as well as the 2016 summer session in Bhutan. For more information or to apply to SFS’ summer or semester educational programs in Bhutan, please visit fieldstudies.org/bhutan