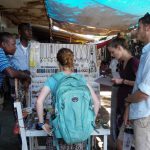 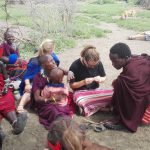 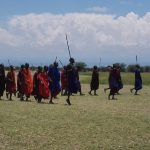 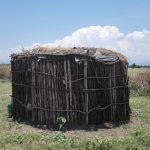 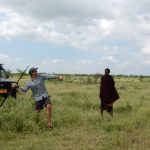 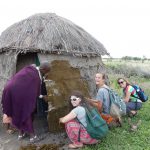 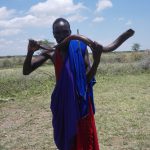 At the Center for Wildlife Management Studies (CWMS) in Tanzania, as with all other SFS Centers around the world, students take a Directed Research (DR) course which equips students with basic practical research skills. As part of DR course preparation, students are exposed to several techniques of collecting information that are applicable to their DR projects. Among them is how to collect social-related data using methods such as interviews, focus group discussions, and direct and indirect observations.

In the Spring 2016 program, students had the opportunity to go to the village of Mto wa Mbu (Swahili for River of Mosquitoes) to practice social data collection skills. The center of Mto wa Mbu village is dominated by small-scale souvenir shops aimed at tourists who pass through on their way to the famous wildlife parks of Tanzania (i.e. Lake Manyara National Park, Ngorongoro Crater, and the Serengeti). However, away from the town center there are beautiful grass plains and the Maasai, who are traditional pastoralists. In the village center, groups of students accompanied by local translators randomly interviewed people who sell souvenirs such as ebony wood carvings, paintings, and beaded jewelry. Students asked questions regarding how their businesses are linked with tourism and natural resource conservation. Though it was not a wide coverage interview, students found that local vendors are aware that tourists are attracted by the richness of natural resources available in this area, and that their businesses depend on tourism, but they don’t actively participate in conservation.

Students also had the opportunity to go to the outskirts of Mto wa Mbu to visit Maasai cultural bomas. Students had the opportunity to engage in daily activities done by their hosts such as herding livestock, practicing throwing spears to defend livestock against predators such as lions or hyenas, beading colorful necklaces and bangles, dancing to traditional songs, and constructing houses and livestock enclosures. Academically, the students used this activity as an opportunity to sharpen their observation skills (direct and indirect), but it was also a very entertaining activity.

The students observed that the Maasai livelihood depends very much on natural resources. For example, they use wood as a source of energy and as a construction material and during ceremonies they use wildlife parts, such as a kudu horn which can function like a trumpet. Through these field exercises, students acquired a better understanding of conducting social research. The students learned that for successful social-related data collection, researchers are required to: (1) establish a rapport with the interviewee before beginning the interview to break up shyness and build confidence and trust; (2) ensure they are paying attention to the respondent’s responses and actively listening; (3) be patient because some respondents are slow to understand the questions; (4) be keen observers regarding the respondent’s body language and verbal tone as this can have more meaning than the words of his or her response; (5) have a competent local guide who is fluent in both the local language and English; and (6) observe, adhere to, and respect local culture and norms as this builds acceptance and friendships with the local people who are the subject of the research. 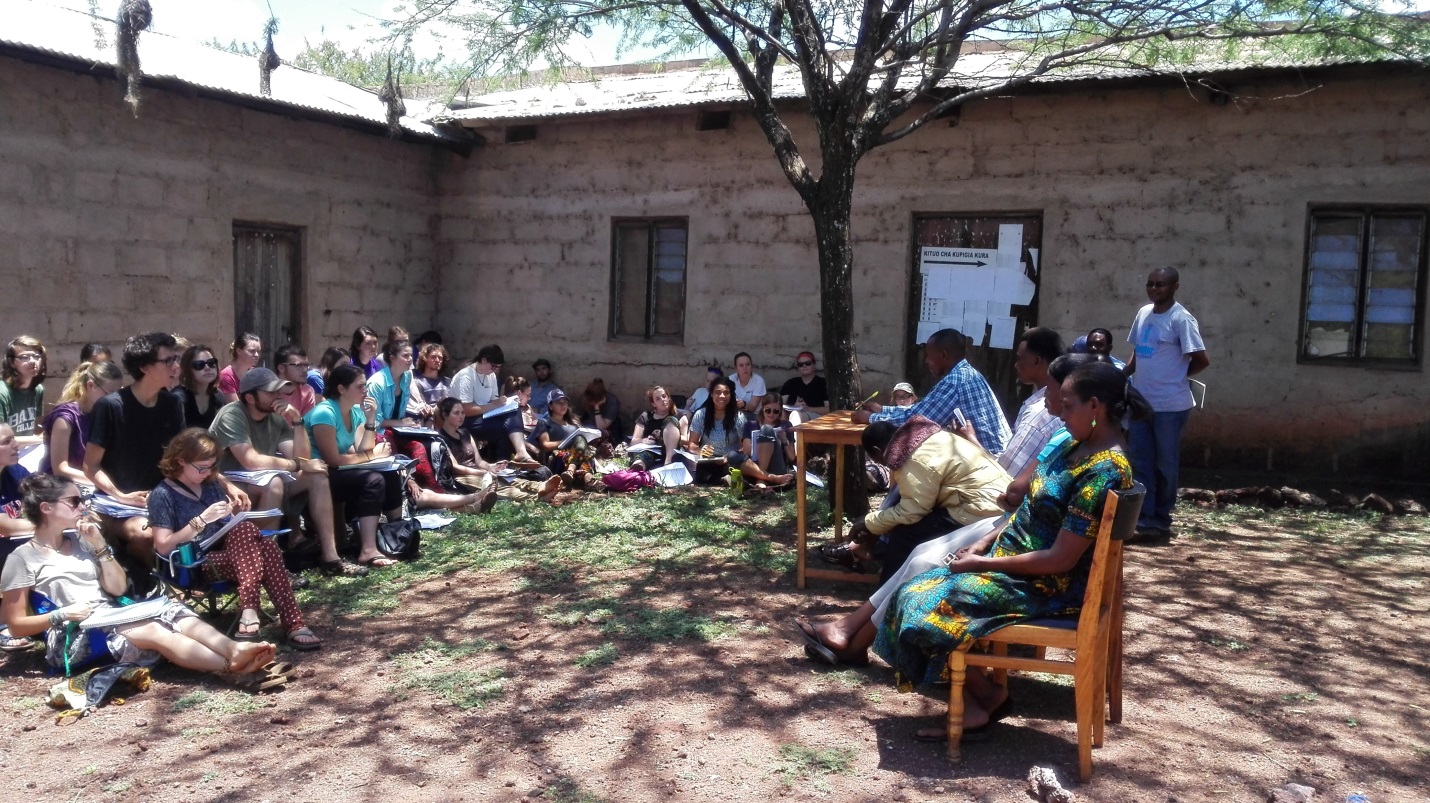 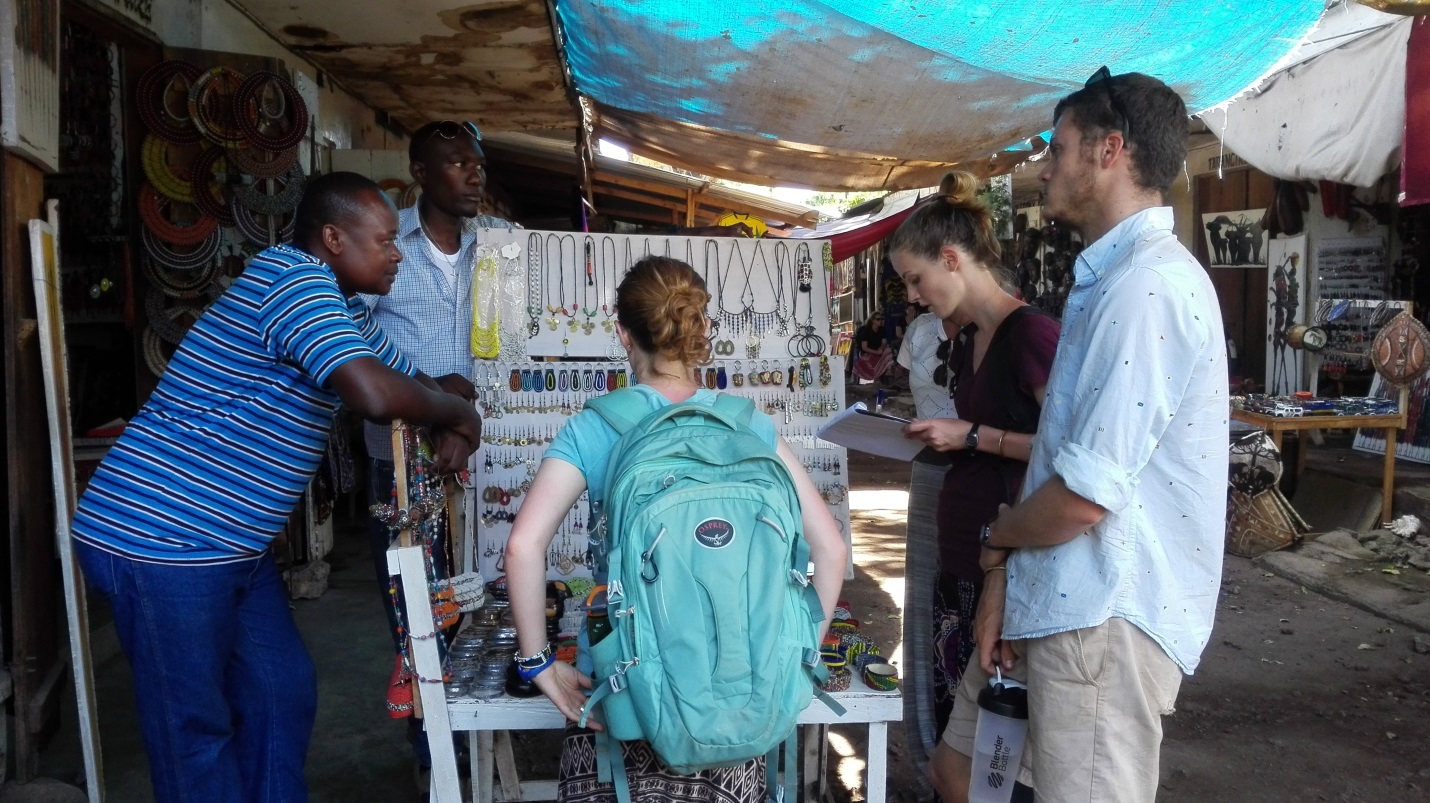 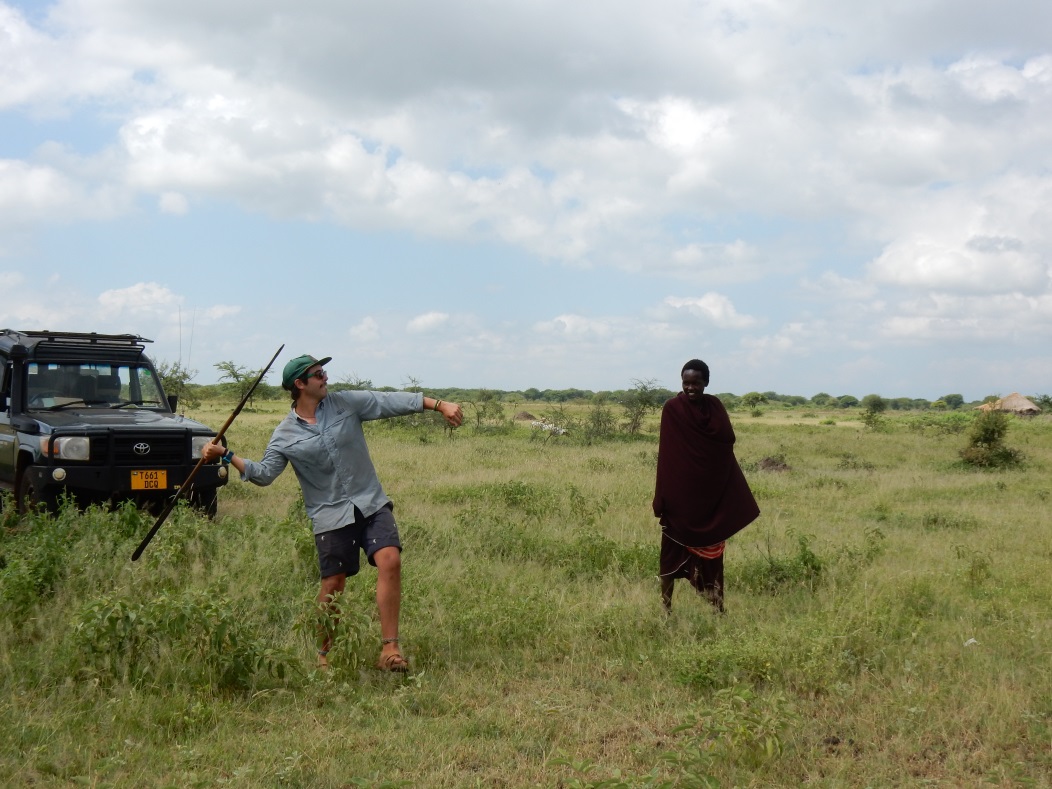 Students were coached by Maasai herdsman on how to throw a spear to kill livestock predators. Photo by Becky Gottlieb. 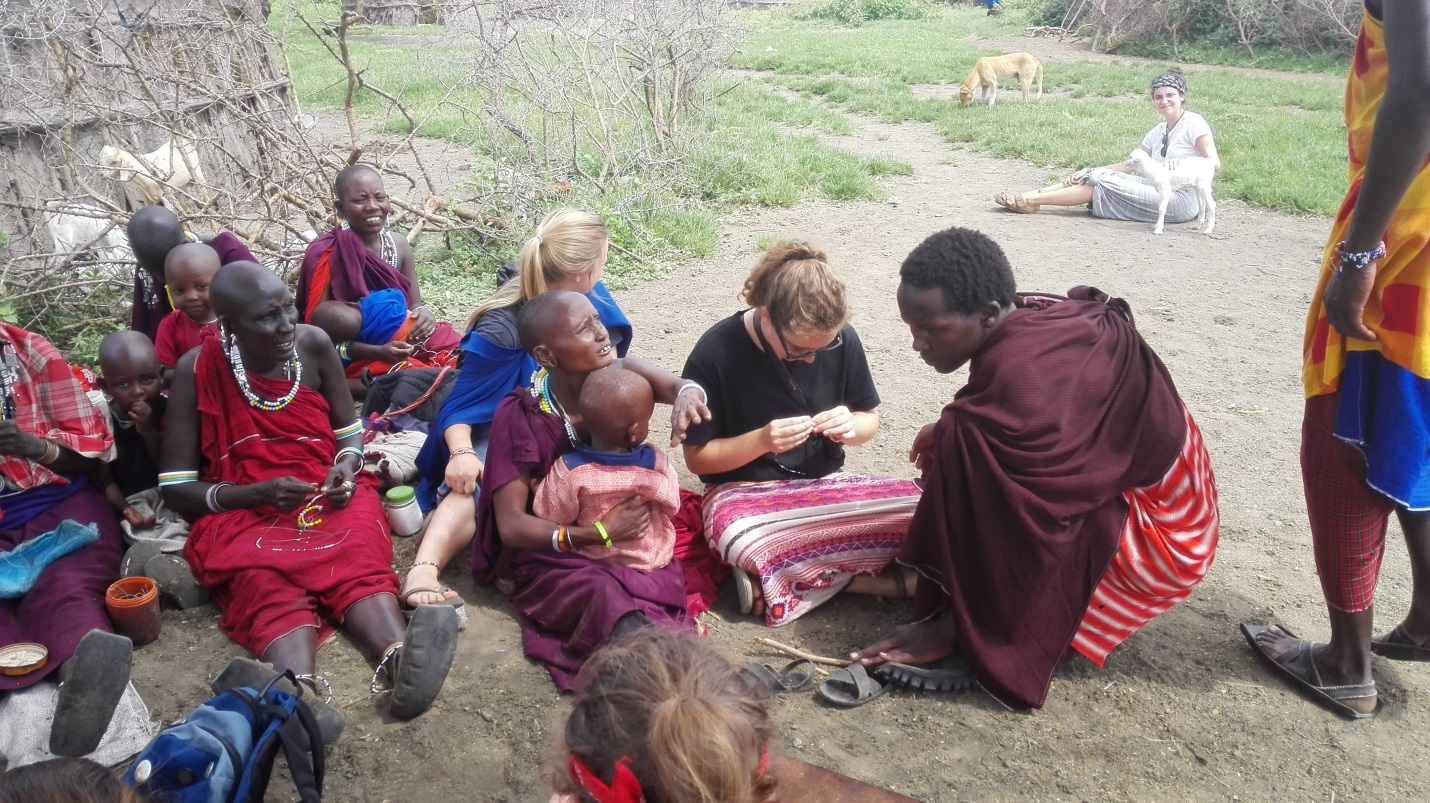 Students practiced how to make Maasai necklace and bangles. Photo by John Mwamhanga. 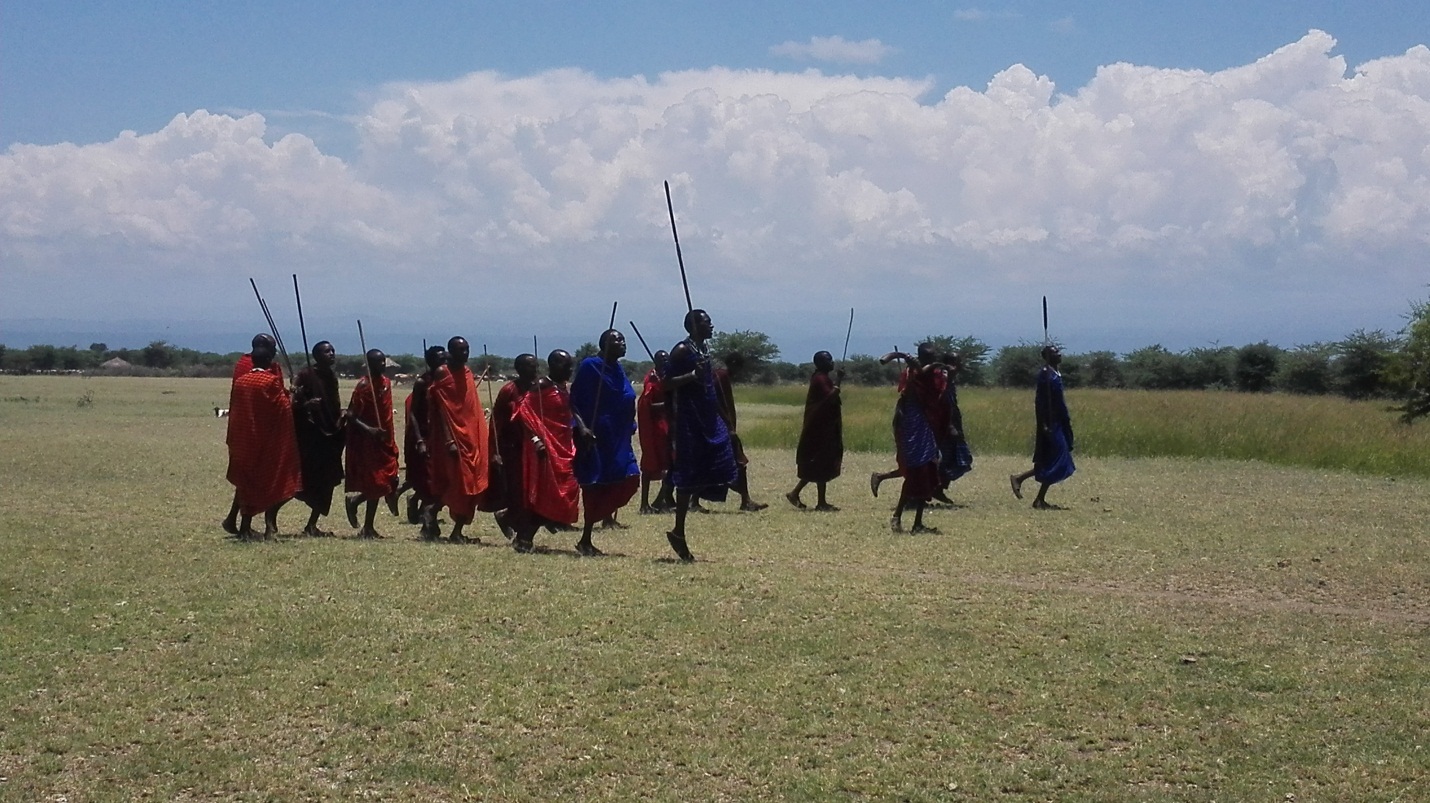 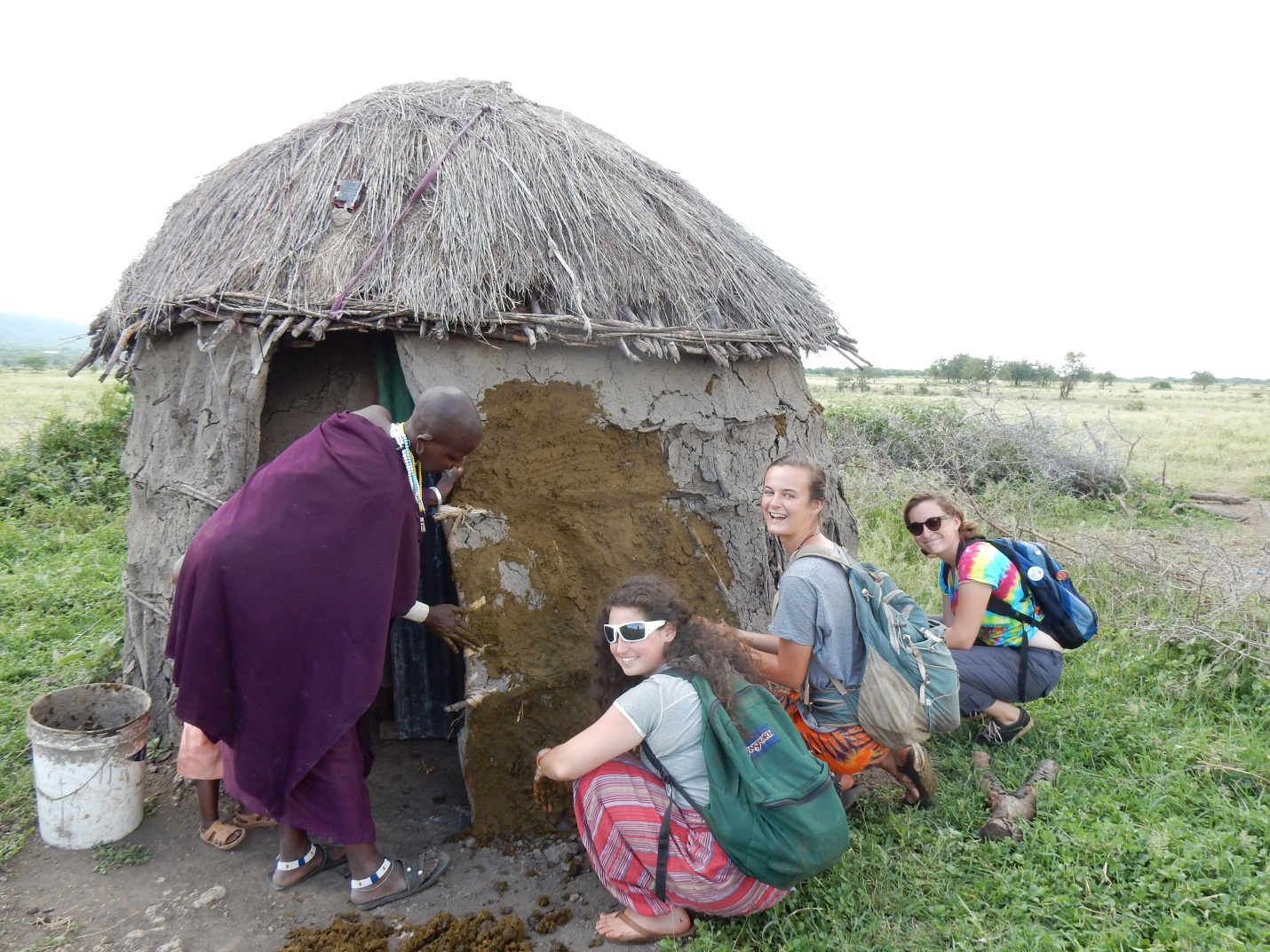 Maasai women taught the students how to construct homes using a mixture of cow dung and water. Photo by Becky Gottlieb. 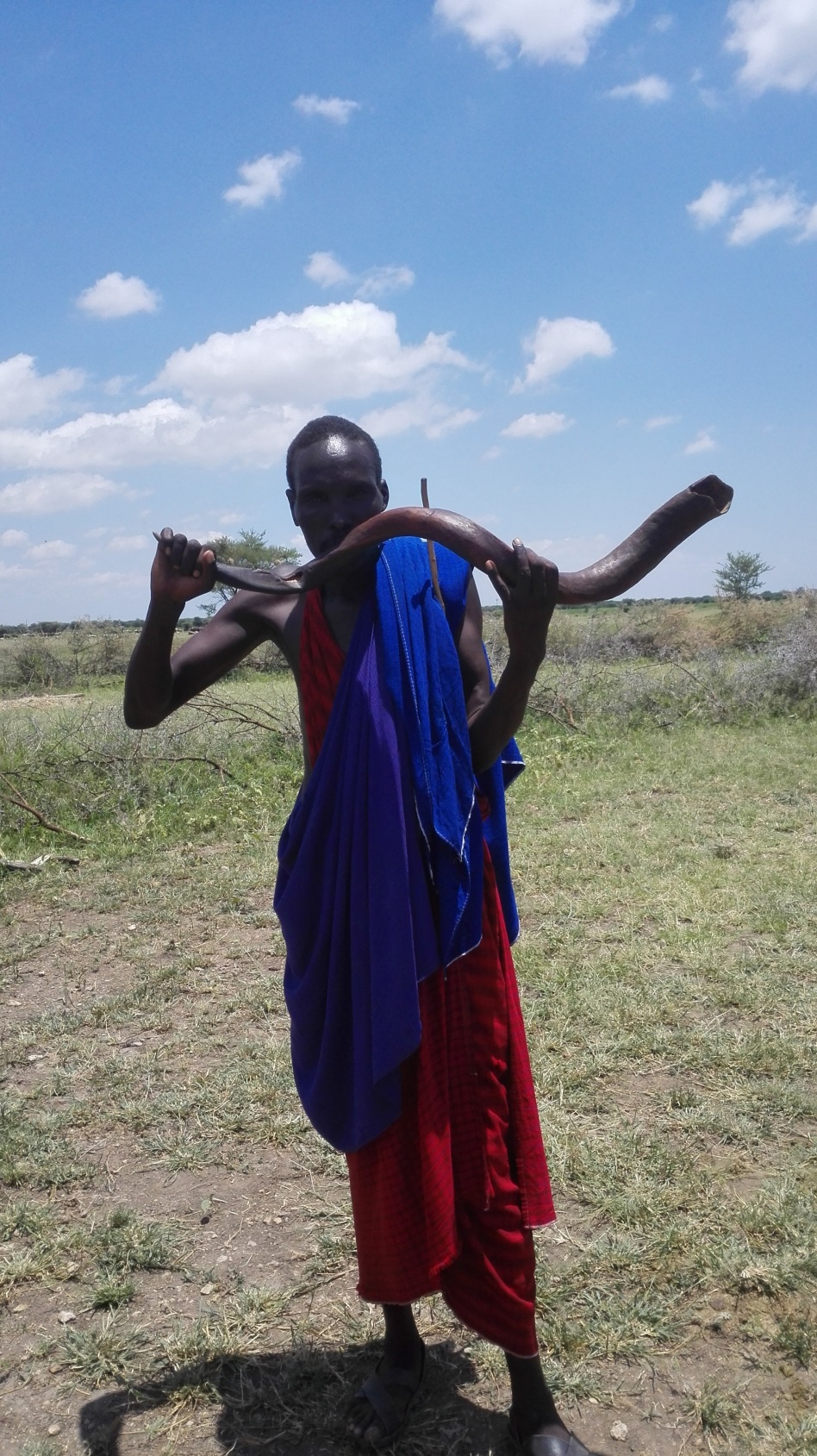 The Kudu horn used as a trumpet. Photo by John Mwamhanga. 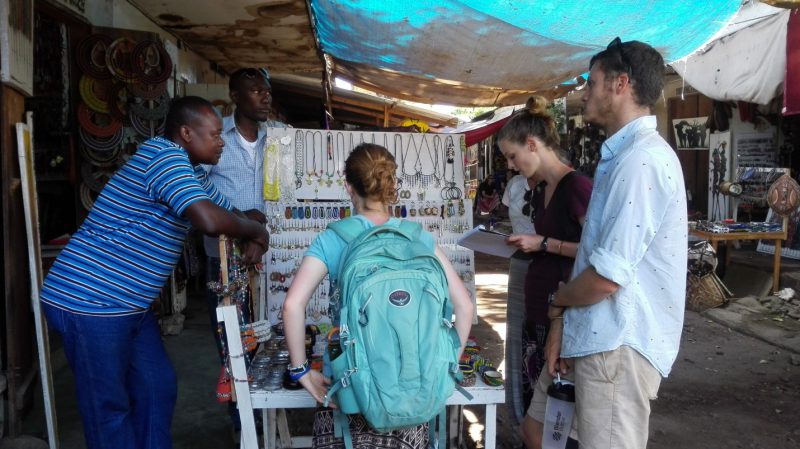 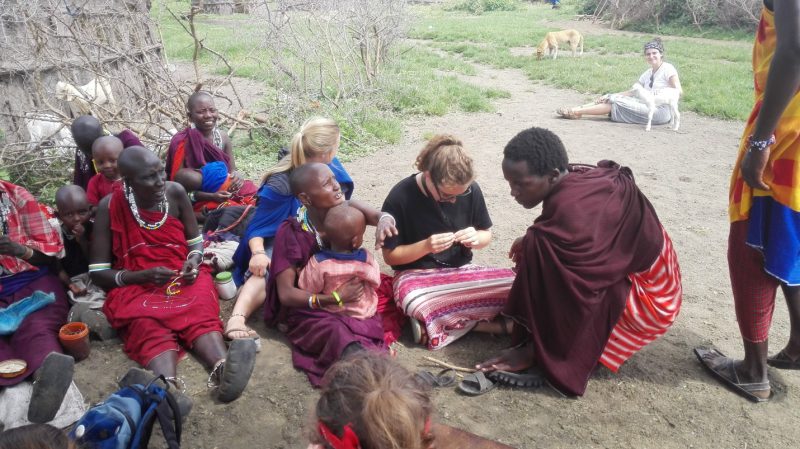 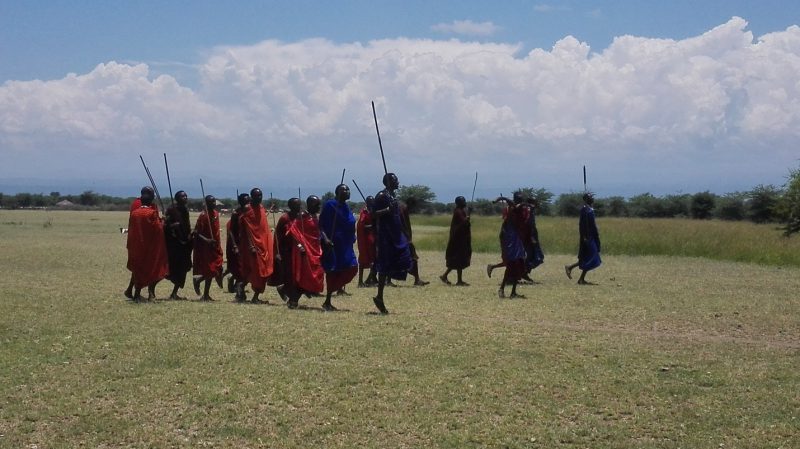 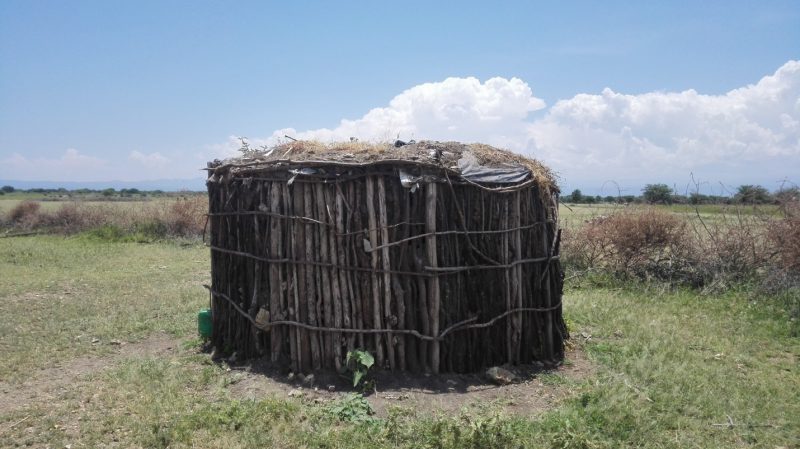 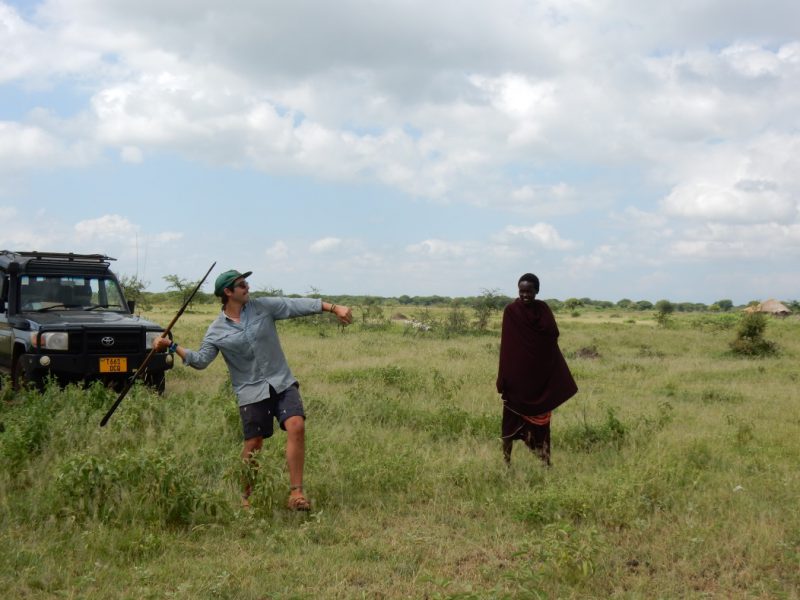 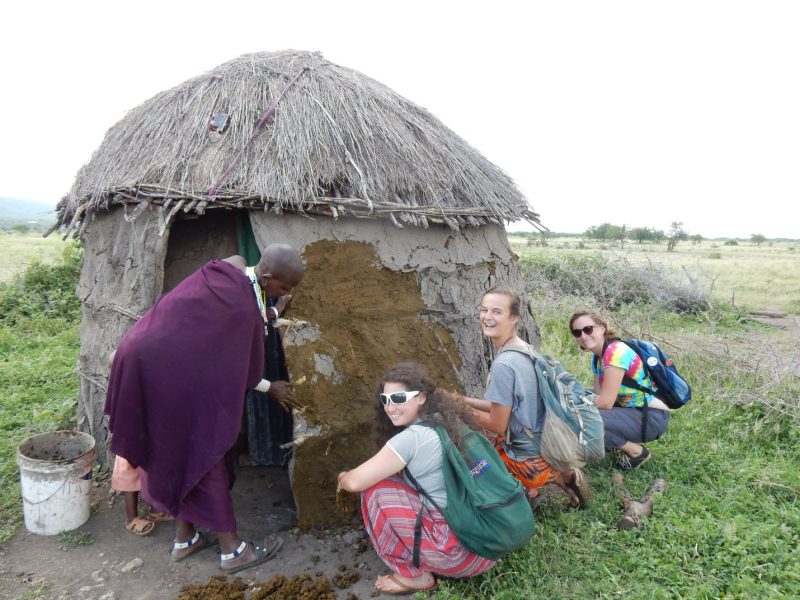 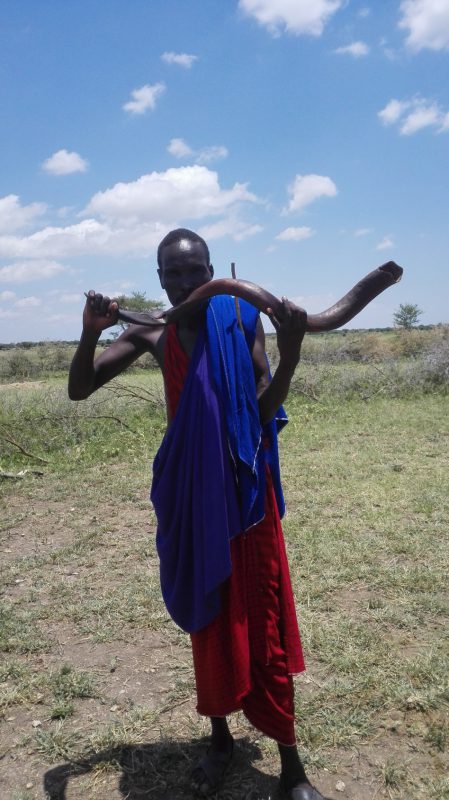