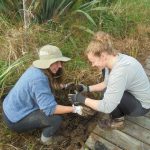 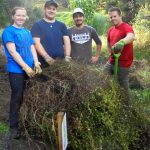 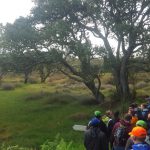 New Zealand and the Art of Giving Back

This week, students volunteered their time and effort with TREAT (Trees for the Evelyn and Atherton Tablelands); a grassroots and community-based organization devoted to replanting native plant species in an effort to restore degraded habitat and to create wildlife corridors. Students were not only granted a glimpse into some of the region’s beautifully restored corridors but they also had the opportunity to embed their hands in the dirt and while embedding themselves into an immensely collaborative community.

Initially, I was under the impression that the cohesive nature of community groups in the Tablelands was a one-of-a-kind phenomenon. It wasn’t until our students visited the township of Glorit on the North Island of New Zealand that I confirmed how the community-centred mindset transcends all boundaries.

Glorit is nestled amongst the hills that overlook the Kaipara Harbour and is home to Mataia and CUE (Cultivating, Understanding, Enlightenment) Haven; two properties where restoration efforts are in effect to enhance the quality of wetlands and kiwi habitat. After having been graciously embraced by the Maori community in Mototau days before, Glorit was the perfect place where students welcomed the chance to give back to the land and community. 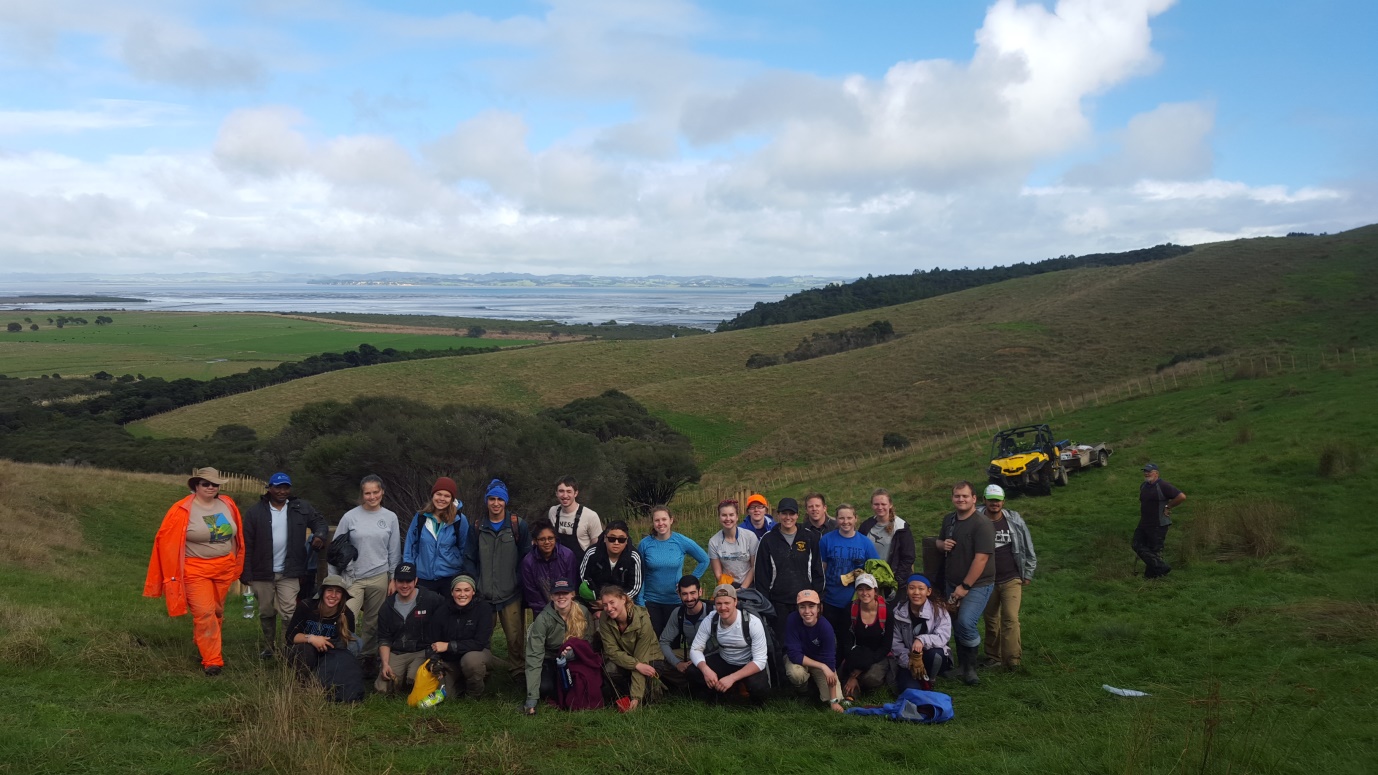 Posing in front of Kaipara Harbour after planting 1,200 trees at Mataia. Photo by Greg Francois

With gumboots donned and fresh work gloves on, students had the unique opportunity at CUE Haven, a restoration project, to plant tree seedlings in a restored wetland. Although it was a struggle to tramp through shin-high mud and to dig holes that would inevitably fill with muck again, there was such a positive group attitude as each student did their part in the dirt. The following morning, the group travelled to Mataia in an on again-off again rain shower and prepared to plant 1,200 trees on a steep, slick, and grassy slope. As the morning fog lifted, the most expansive view of Kaipara Harbour revealed itself and the students naturally settled into their element as the sun rose higher and the rain let off. 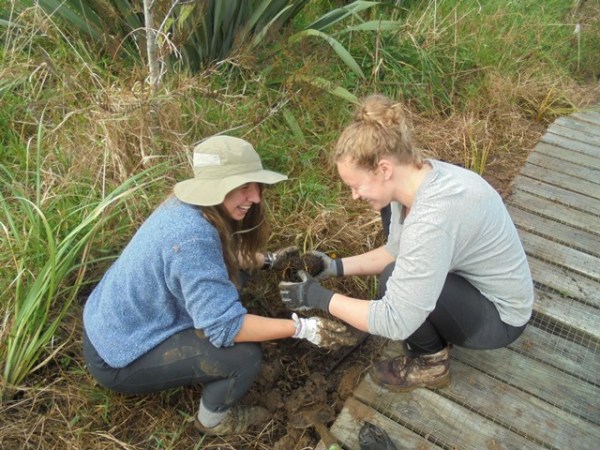 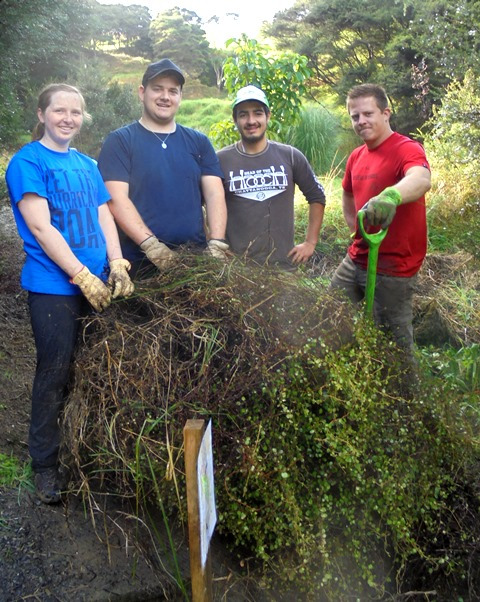 I firmly believe that in all aspects, serving one’s community is among the most selfless, invigorating, and inspirational of human interactions. Realistically, I think that the term “community service” sometimes carries with it a connotation that brings to mind dirt, sweat, and phrases like “manual labour”. Those thoughts alone can sometimes even serve as a deterrent to folks who might have the option to do something meaningful for their community but decide not to. Certainly, that is not the case with our students.

I am so grateful to be able to work with a group who not only welcomes the experience to serve their adopted communities, play in the dirt, and get sweaty, but do so with such excitement that evokes a true sense of solidarity. 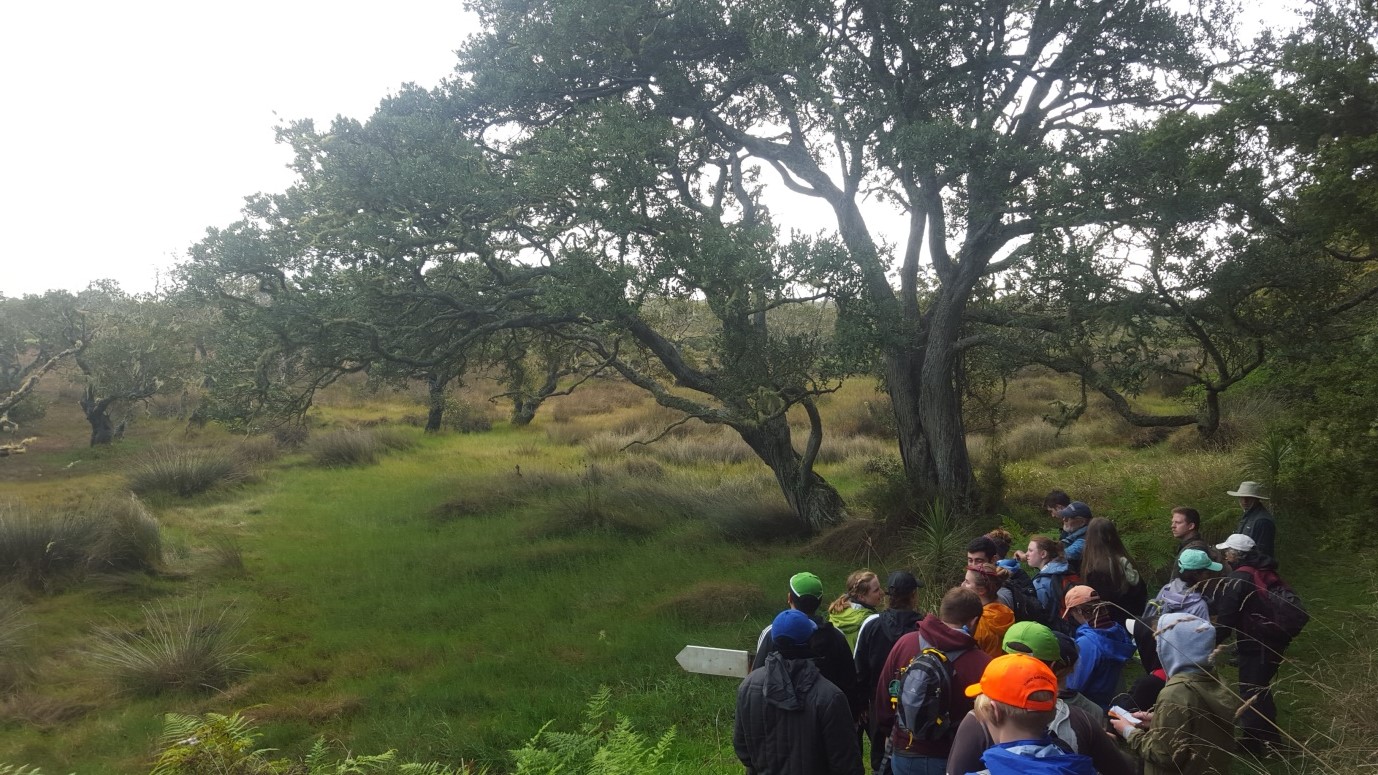 Exploring the coastline of Kaipara Harbour and learning how pest species are controlled to protect kiwi habitat. Photo by Greg Francois

For more information about our students’ visit to CUE Haven to join in the restoration efforts of landowners, Tom and Mahrukh Stazyk, visit the “What’s New” page at www.cuehaven.com. 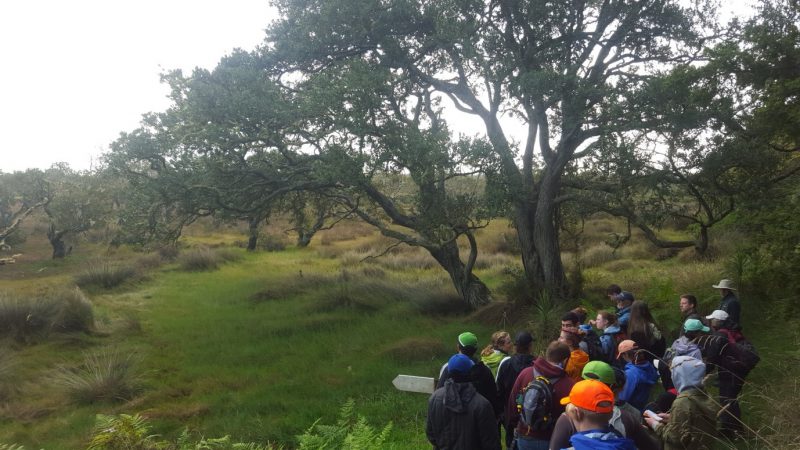