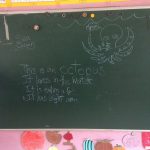 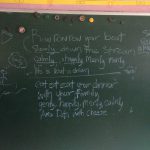 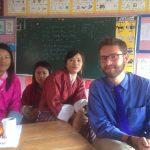 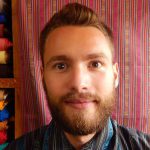 Going Back to Kindergarten in Bhutan

Both Maria and I told the SFS staff we were interested in education, so for our homestay day, Casey connected us with a family that was involved with local schooling. As it turned out, the father of our homestay host was the vice principal of Wangdue Chholing Lower Secondary School! He and I planned a full day visit for a future date at the school.

Before assembly, younger students played soccer and marbles, and older ones swept the classrooms and cut weeds with small scythes. As soon as a Bhutanese song began playing on the loudspeaker, students and staff in smart looking ghos and kiras lined up in neat rows. A student raised the Bhutanese flag, then everyone sang a morning prayer and a song.

After assembly, I gave the principal a few class supplies, and he introduced me to Tashizango, a PP (kindergarten) teacher, who told me her classroom was “very noisy.” English is the language of instruction in Bhutanese public schools; Tashizango encouraged and developed her students’ English speaking by letting them be social and exuberant: they spent the whole morning singing songs, moving around, reciting the alphabet, reading “Is this a Takin?” out loud, and performing an activity that Tashizango developed for her teacher training—she would call out a pupil and ask, in a sing-song voice, “how are you this morning?” and “what do you like?” The student would stand, and in remarkably confident and fluid English, report how they were, name a fruit they liked, and then pass it to another student. When it was my turn, I deviated from the pattern and said I liked pizza, sending some students into giggle fits.

The current English language unit was on animals: Tashizango would draw the animal on the board, and have the class compose a few sentences about it. While students did exercises on their own, she told me that she had a group-chat with all the students’ parents to help them keep track of their kids’ homework, and she also offered me a chance to teach. The class and I came up with a few English sentences about my favorite animal, the octopus. After a break for musical chairs, I went over “Row, row, row your boat,” and then made up my own version about eating Ema Datsi (Bhutan’s national dish of chilies and cheese) with your family. After class, I had lunch with a few teachers, and they offered me doma! I spent the rest of the day observing 7th and 8th grade classes, and was excited and surprised to see that Tupac’s poems “If I Die” and “The Rose That Grew From Concrete” were taught in English literature class. It was a fantastic day and a really special opportunity. 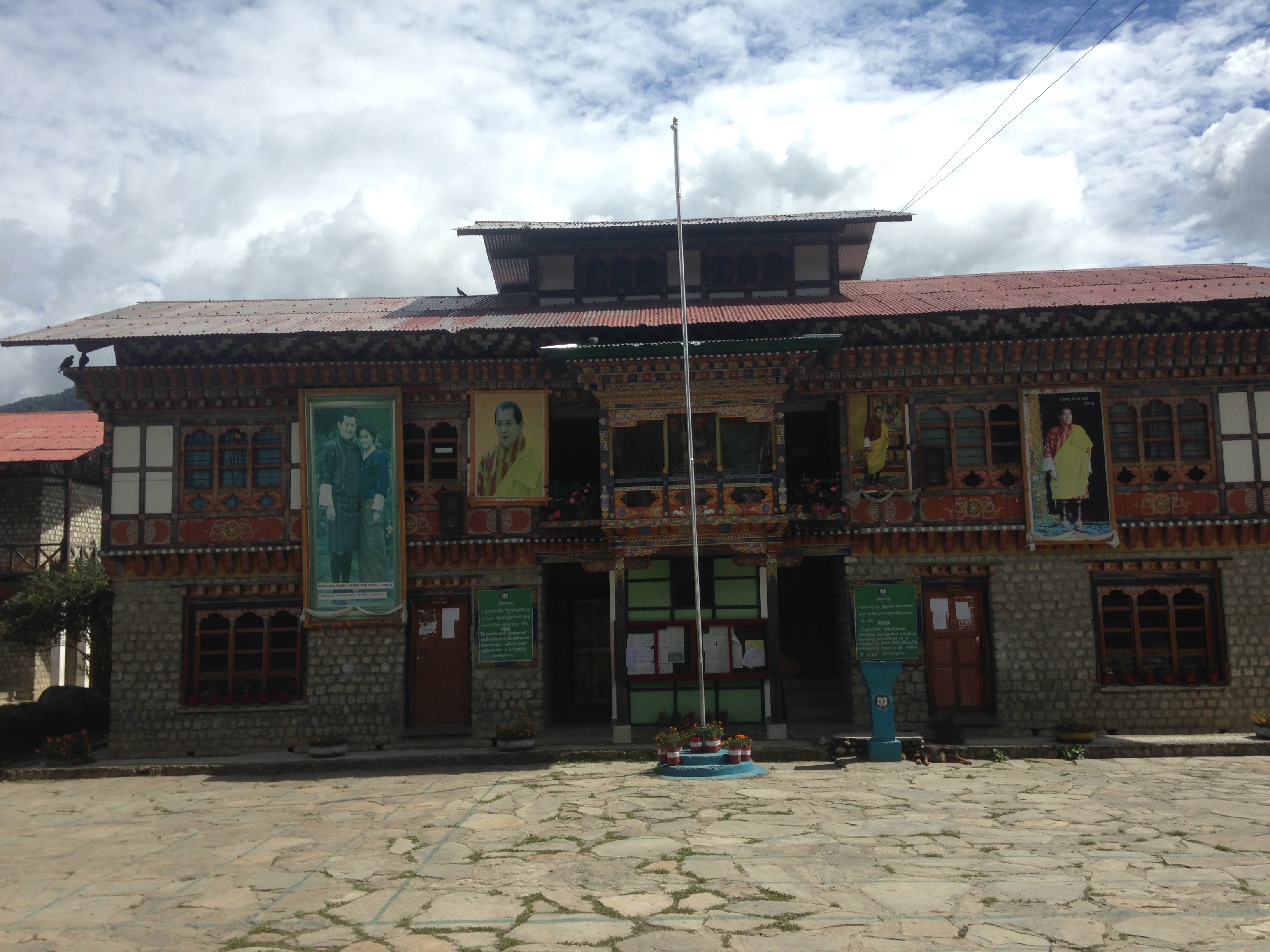 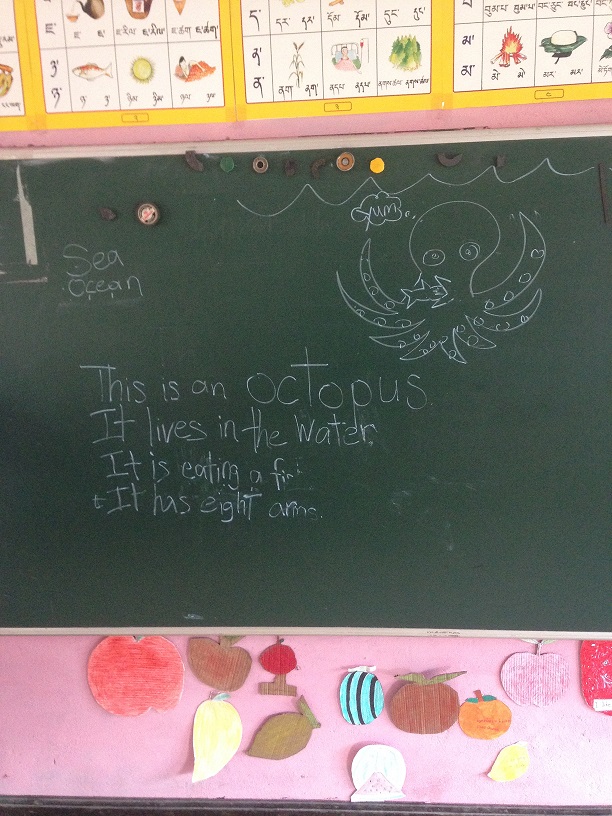 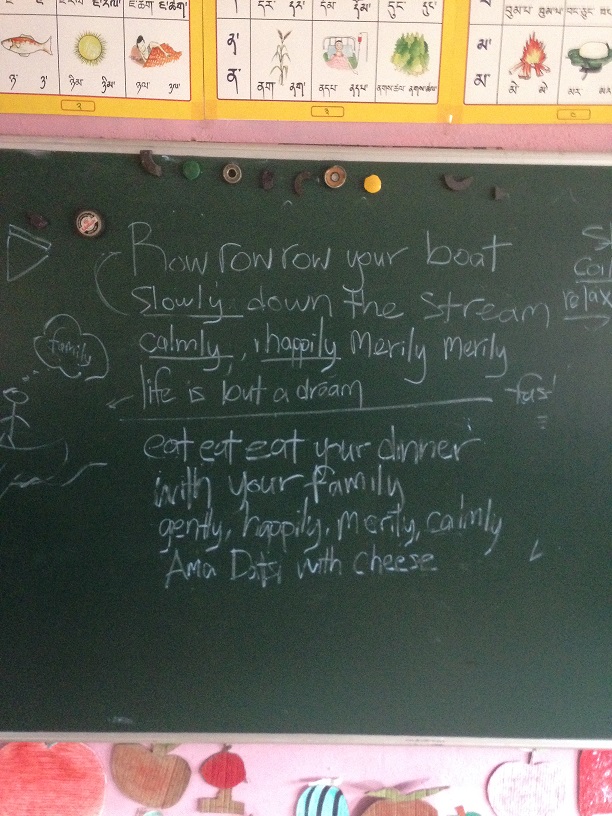 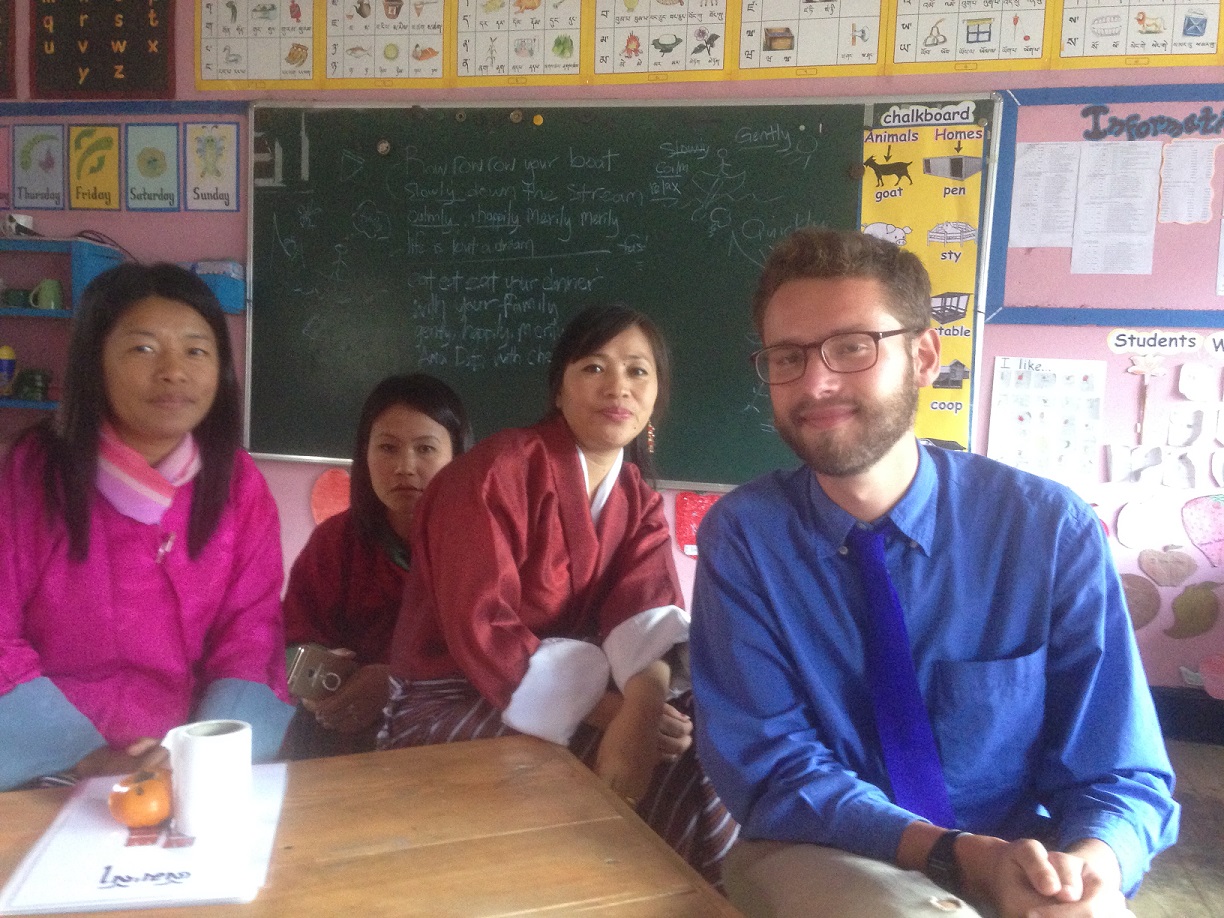 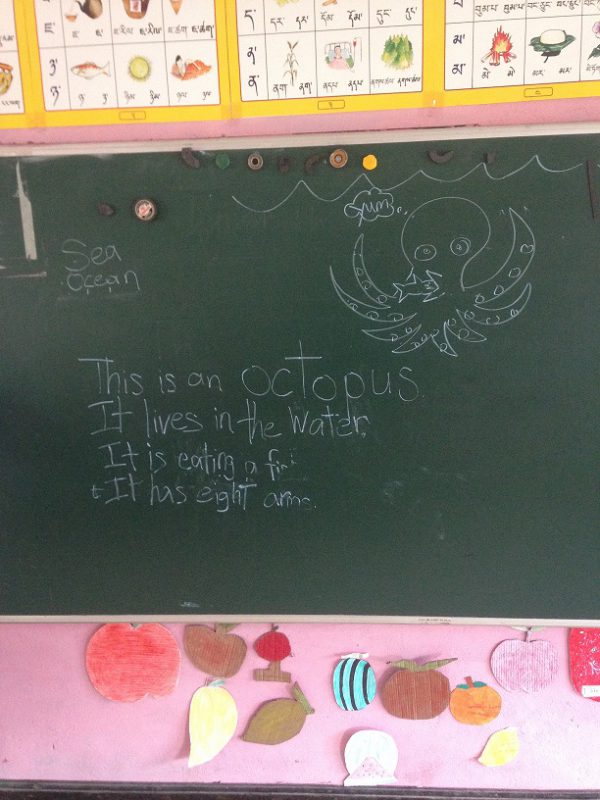 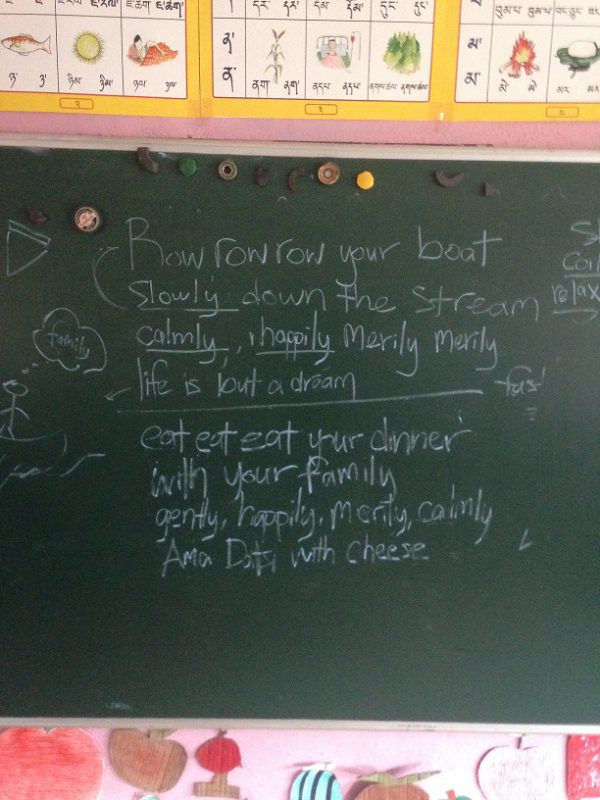 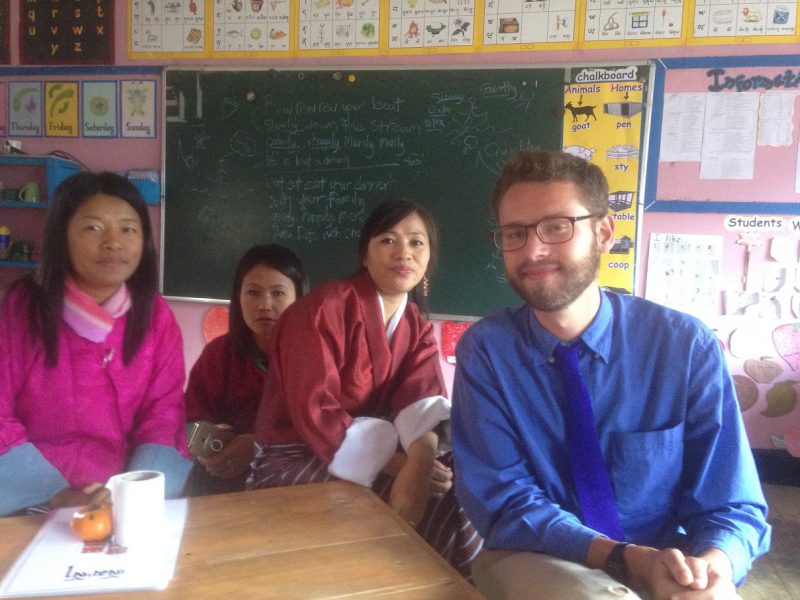 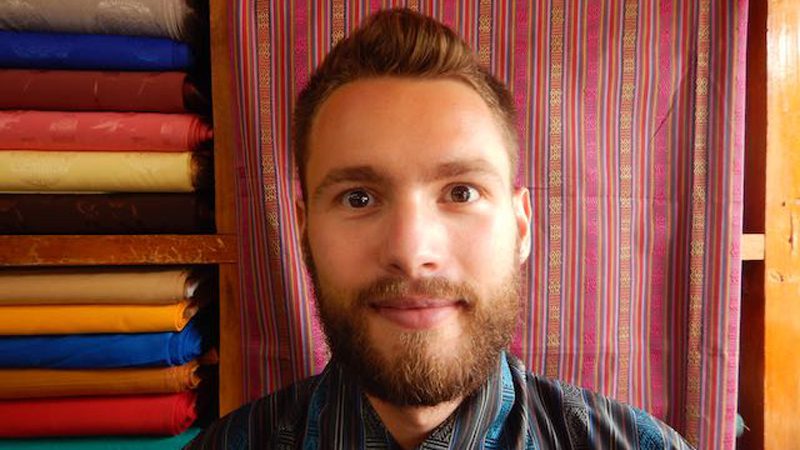