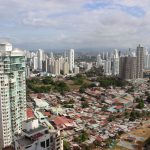 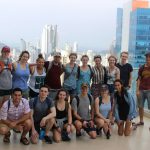 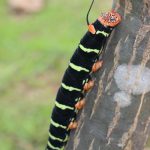 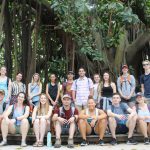 The spring 2017 TIBS student group has an infectious sense of wonderment that is felt on every outing, whether in the forest, in the community or in the ocean. They are curiously inquisitive, kind, and care deeply about their academics. Within this group of students, there is a strong desire to learn and to truly understand the underlying issues affecting this very small, island community known as Bocas. Through their community engagement activities, academic work and their ability to listen, they will no doubt further develop their understanding that conservation requires deep knowledge of government systems, social structures, culture and ecology. 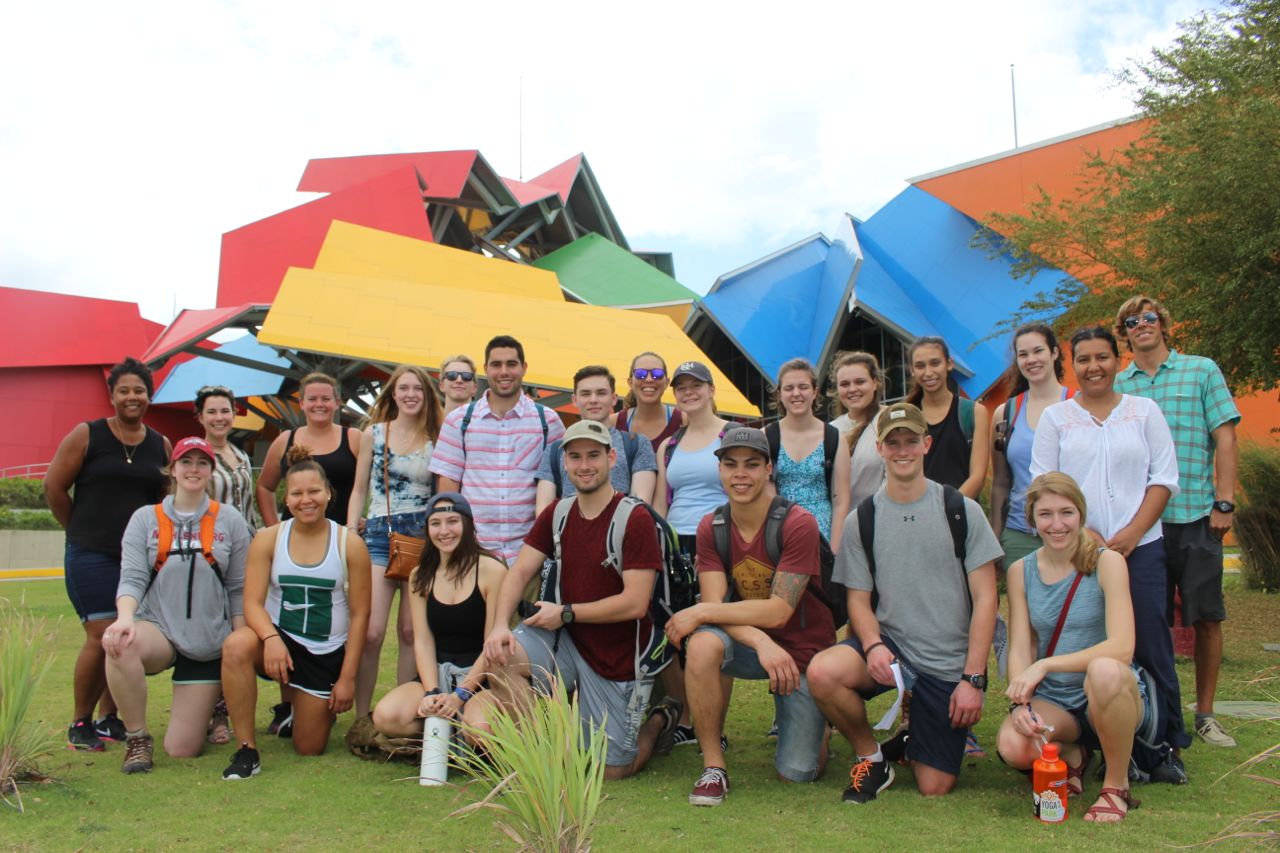 Students and staff pose for a photo at the Biomuseo in Panama City, Panamá

Every semester, I am fortunate to be able to introduce a new group of students to the language, culture and society of Panama. A question that I enjoy asking early on as part of this course is, “What were your perceptions of Panama and Panamanians prior to arriving here?” Some students are shy to answer, perhaps they are worried about offending, or being perceived as naive, but others speak up and say that the idea of Panama that they had in their minds is not at all what is now before their eyes. Thus begins our journey together to understand this beautifully complex country called Panamá.

After spending several days in Panama City, students fly to Bocas del Toro, a small archipelago located on the Northwest Caribbean coast of Panamá. The difference in environment, people, language, music and culture between Panamá City and Bocas is striking. Students overhear Guari-Guari, a language spoken predominantly by Afro-Caribbean locals, and are generally perplexed that English, Guari-Guari and Spanish are used interchangeably here in Bocas. Many students are also surprised at how “Caribbean” Bocas feels. Salsa is not widely danced here, but sounds of Reggaeton, Calypso and Soca can be heard booming from the discotheques across the bay every Sunday night.

The images most people from the U.S. receive of people from Latin America are extremely limited. Stereotypes of light brown people swaying to salsa music, and talking with sassy, fast accents are glorified in the media. Also glorified, in most magazines and television programs, both at home and here in Panamá, are standards of beauty that do not nearly represent the diversity of people who live here. This leads us to the next question that students must contemplate in order to understand the very complex ways in which race and ethnicity intersect with conservation, “What does a “real” Panamanian look like?”

As we stroll through town, this question of who “real” Panamanians are becomes even more confusing as students see and learn about the indigenous Ngöbe who along with Spanish speak their own language. The Ngöbe are holding on to their culture and language in the face of foreigners moving to Bocas who are developing and molding Bocas to reflect their own ideas about what this Caribbean destination should look like. Students pass by pizza shops, restaurants serving tacos and hamburgers, surf themed restaurants, Jamaican influenced tour operators, Balinese style clothing stores and Chinese grocery stores. All of this is enough to leave a newcomer very confused.

Who are the “real” Panamanians and why don’t we see them on main street? In a previous entry, I wrote that ‘Bocas, with its gorgeous backdrop of natural beauty and with its glaring social and environmental problems, is an intriguing, yet confusing place to be’. As students begin to delve into their coursework and spend more time in Bocas, they begin to ask some very important questions that are seemingly simple, but have underlying complex answers. Examples of questions are, “Where can we go to taste local food?”, “What do people here do if they want better quality goods?”, “What do people do if they get really sick?”, “Why can’t people send their children to the high school on Isla Colón?”, “How is trash processed here?”.

As the questions mount and the layers of “paradise” are peeled away, we are then able to first see people as people and as citizens who are trying to function under systems and structures that do not always work. We then take an inward look at U.S. systems and ask the same questions. Why are some people afforded excellent healthcare, good educations, safe places to live, and clean environments to raise their children while others are not? Who gets to decide who will have and who will not? 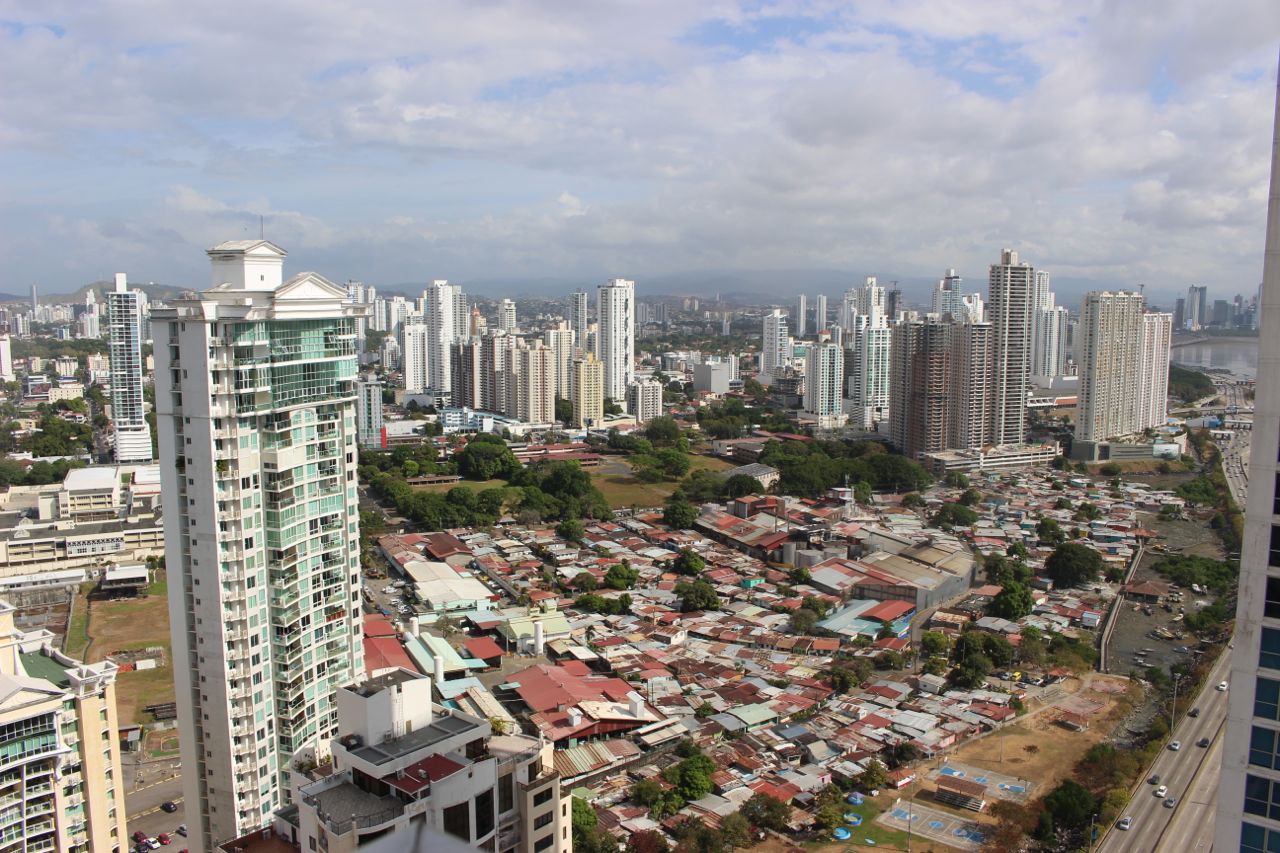 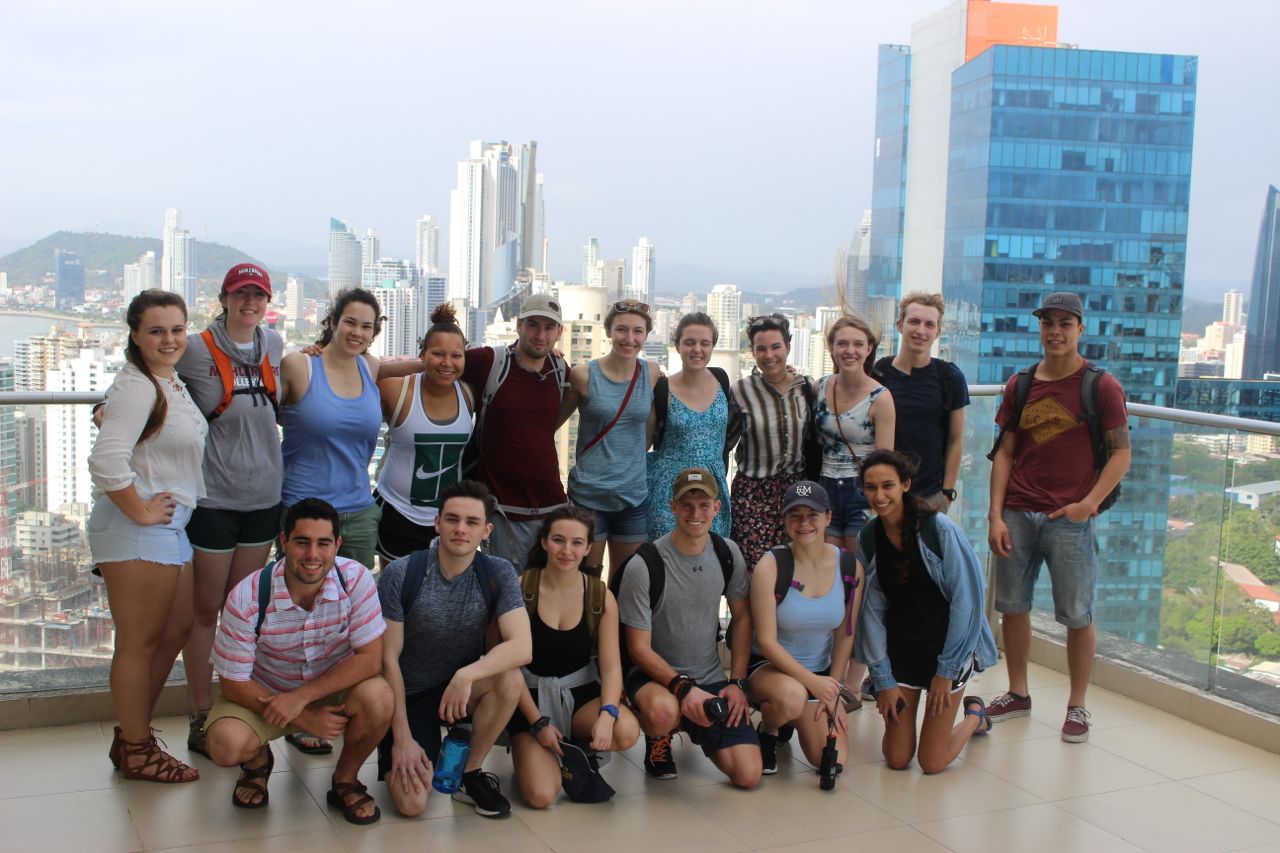 Returning to the original question, who are the “real” Panamanians, it begins to become clearer to many students that the images portrayed to tourists of Panamá do not necessarily represent or encompass all of the many different kinds of people who live in Panamá. Glaringly absent from these images are people of Indigenous and African decent. In Bocas, many people immigrate to retire or to start a business or just start over. They are often confused about what surrounds them in their new found paradise. After all, paradise is not supposed to have problems, it is not supposed to have trash, it should only provide, it should only nourish and it should only cater to those who can continue to craft these ideas of paradise and those who can’t afford these ideas should work harder to try to attain them. When we take a closer look and really examine these attitudes and problems, at some point we wind up finding ourselves staring back at us. Are we not part of the problem? Why did we come here? How are we helping? How are we hurting?

Policies surrounding healthcare, education, and the environment have shaped Bocas’ isolation and population demographics from the rest of Panama for decades. Prior to the mid-1990s, Bocas was essentially cut off from the rest of Panamá, as there was no road between Bocas and Panama City. The literature tells us that people from Bocas, many of whom are descendants of slaves brought here by the British in the mid-18th century and many of whom are descendants of people who arrived here from Jamaica, Barbados and China to work on the Panama Canal, were seen as “other” and were never fully accepted into Panamanian culture (Guerrón-Montero, 2006). To this day, the services and systems that are available to people in Bocas are entrenched in institutionalized practices of exclusion that have deep, historical roots.

These exclusionary practices have serious consequences for the natural environment of Bocas. When local people are disenfranchised and government systems that should advocate for people are unable to do so, the results, as we have witnessed in Bocas, are catastrophic. Unregulated tourism in conjunction with rapid, unsustainable development has meant that municipal systems, such as trash, sewage and electricity are overloaded. Tour operators with little knowledge of the ecosystems they visit may not properly warn tourists of their potential impacts on coral reefs. The environment is sold and packaged to tourists as a reason to come to Bocas and yet there are few access points and almost no opportunities to enable tourists to explore the forest with a licensed guide. In addition, the majority of tourists pass through never having to understand these systems or understand that their plastic water bottle is going to be burned, not recycled, because recycling does not exist here. After several weeks, our students begin to make a very important shift in their understanding of tourism and development, and how culture plays a role in our ability to practice conservation. 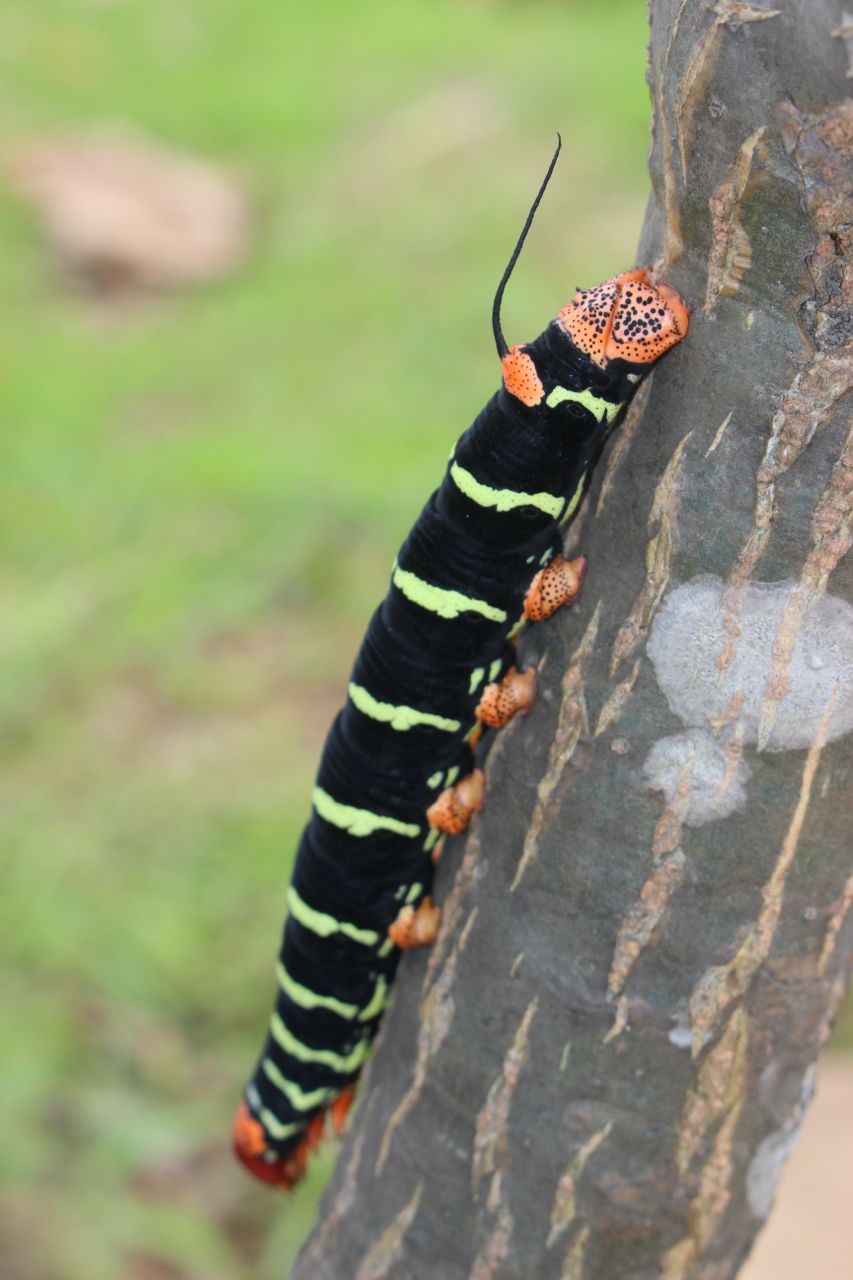 A caterpillar makes his way along a branch in Panama City near the Biomuseo. Photo courtesy of Cinda Scott

All of these issues can weigh heavy on our hearts. How do we empower students to look beyond these complicated and confusing images of the “real” Panamá to get them to understand that what is in front of them is indeed Panamá? First, we must look at this “paradise” and understand and dissect all of its parts, both the beautiful and the ugly. Second, students must have an understanding of the culture and history of Bocas and of Panamá as a whole, particularly if we intend to shift our attitudes and adopt a mind-set that allows us to see and understand the systems and frameworks that are already in place. Third, students must have a deeper understanding of race and ethnicity and how prejudice, racism and inequality not only infects social systems, but ultimately how it damages our ability to practice conservation.

We proudly teach our students from an interdisciplinary perspective that everything and everyone is interconnected. How we view and understand others and more importantly, how we understand the process of “othering” is of extreme importance if we wish to tackle our most serious environmental challenges both at home and in Panamá. 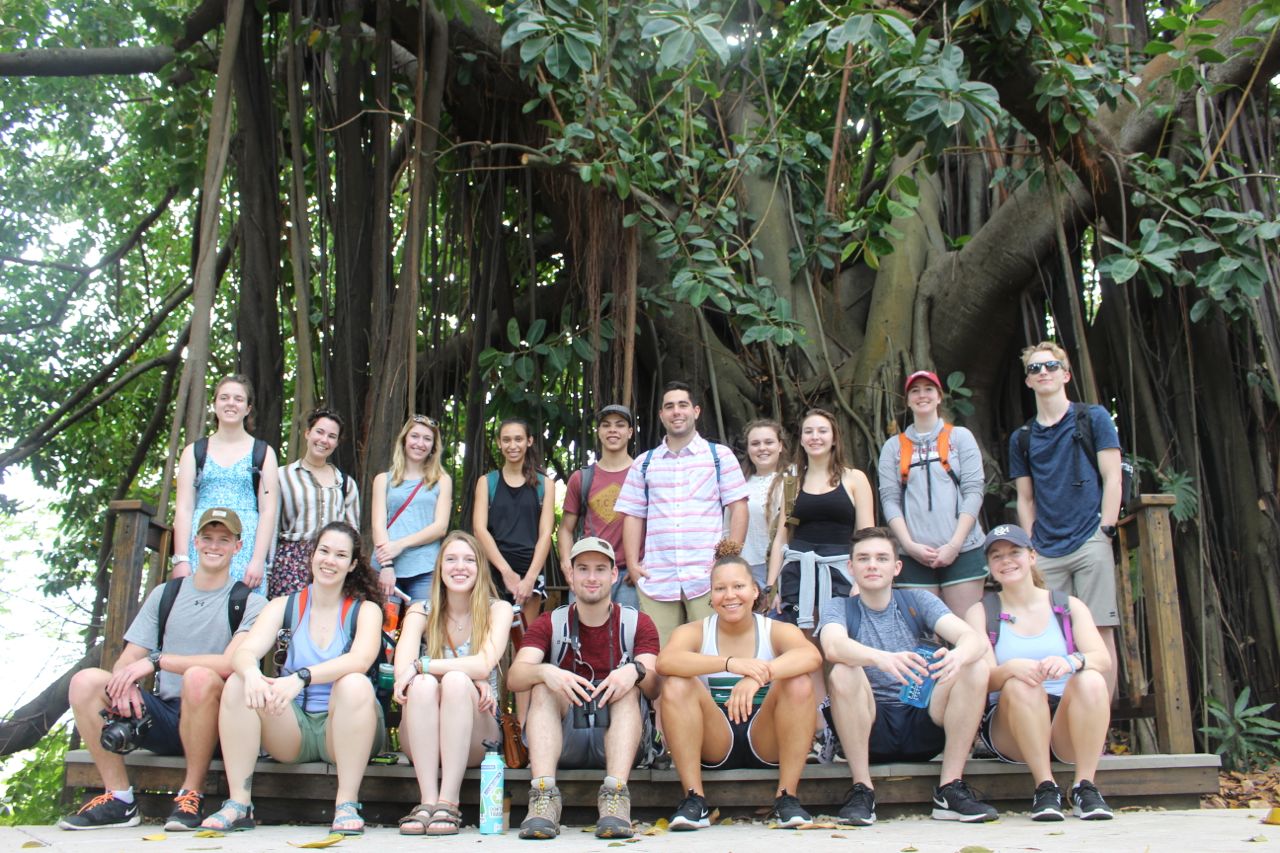 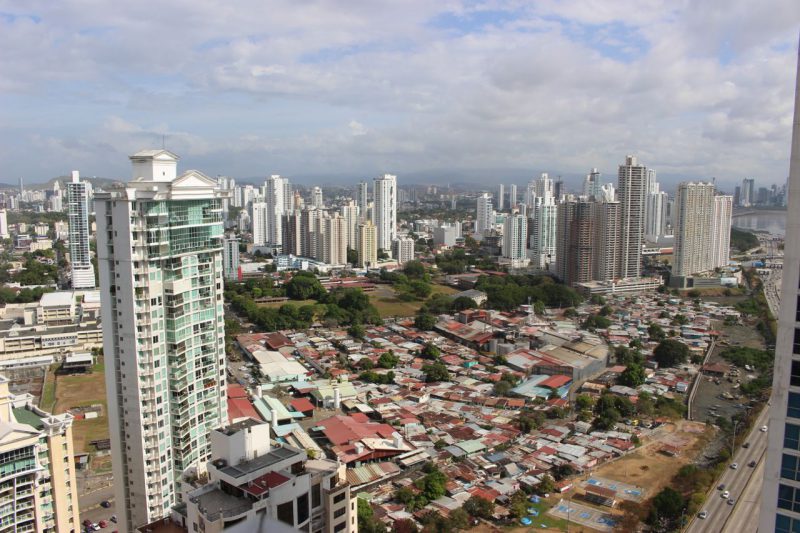 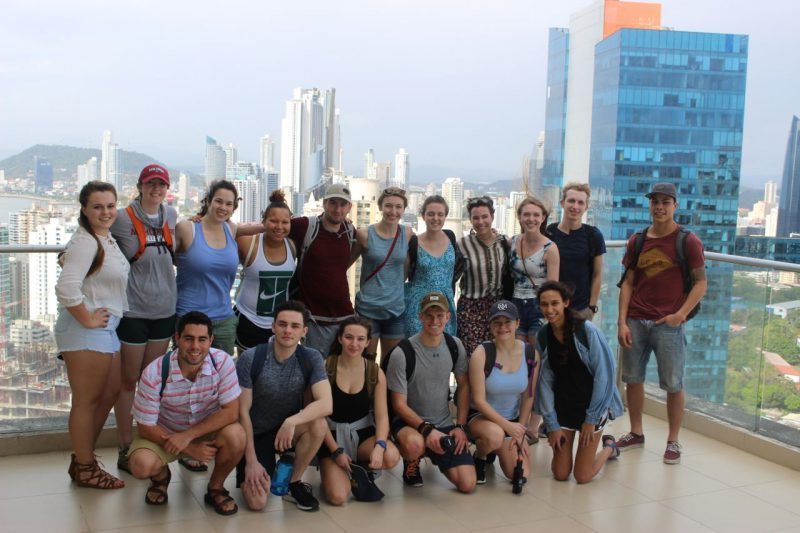 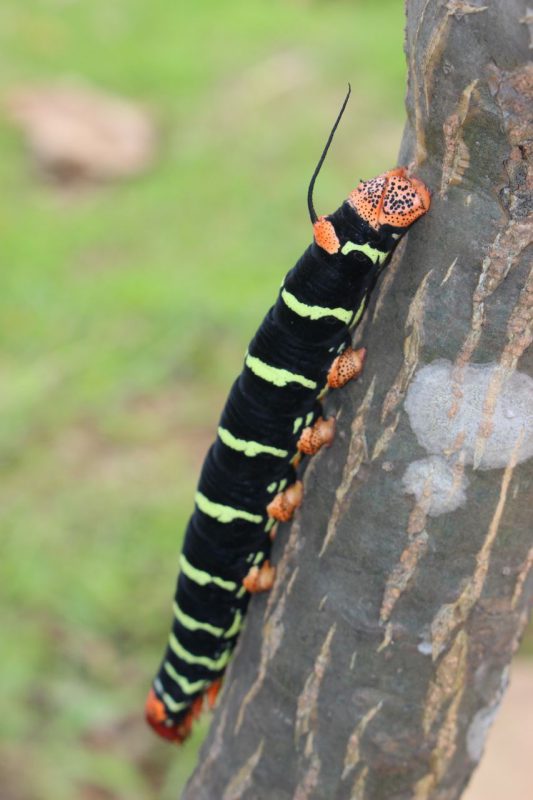 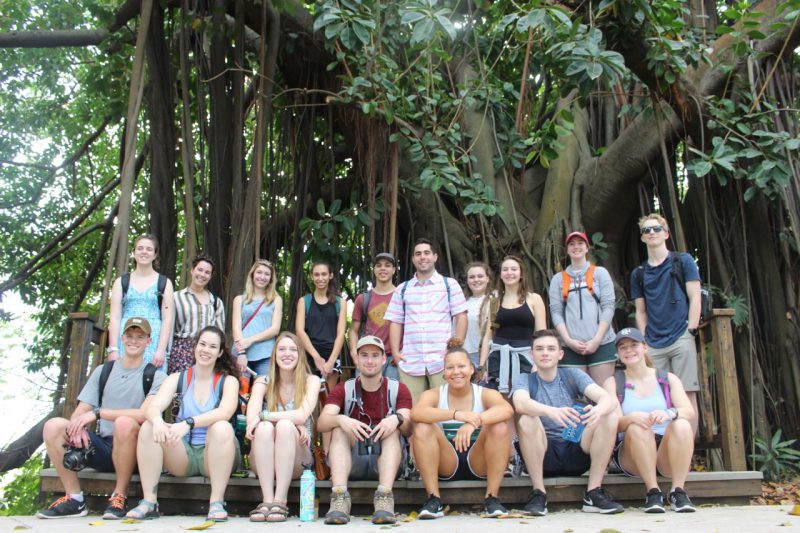