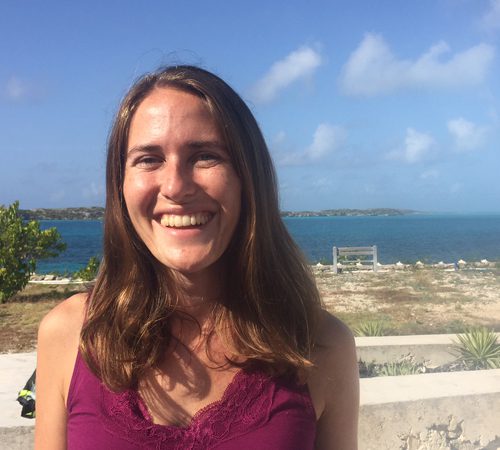 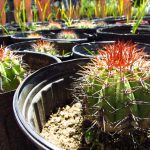 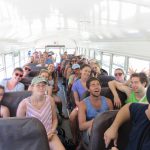 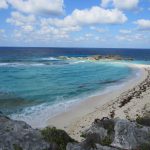 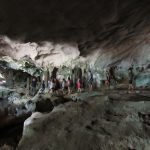 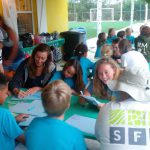 A Journey through the Turks and Caicos Islands

In mid-March we packed our bags, boarded the ferry in South Caicos, and explored three other islands in the TCI. Our first stop was on North Caicos, where we were met by Bryan ‘Naqqi’ Manco, Caicos Pine Recovery Project Manager with the TCI Department of Environmental and Coastal Resouces. Naqqi took us on a tour of environmental, geological, historical, and cultural sites on North and Middle Caicos. We first visited Wade’s Green, a plantation settled by Wade Stubbs, a Florida loyalist who relocated to the island after the American Revolutionary War. On the interior walls of one plantation building, we saw graffiti of ships believed to have been drawn by slaves who escaped to Haiti in the largest single slave escape in the Bahamian archipelago, in 1800. 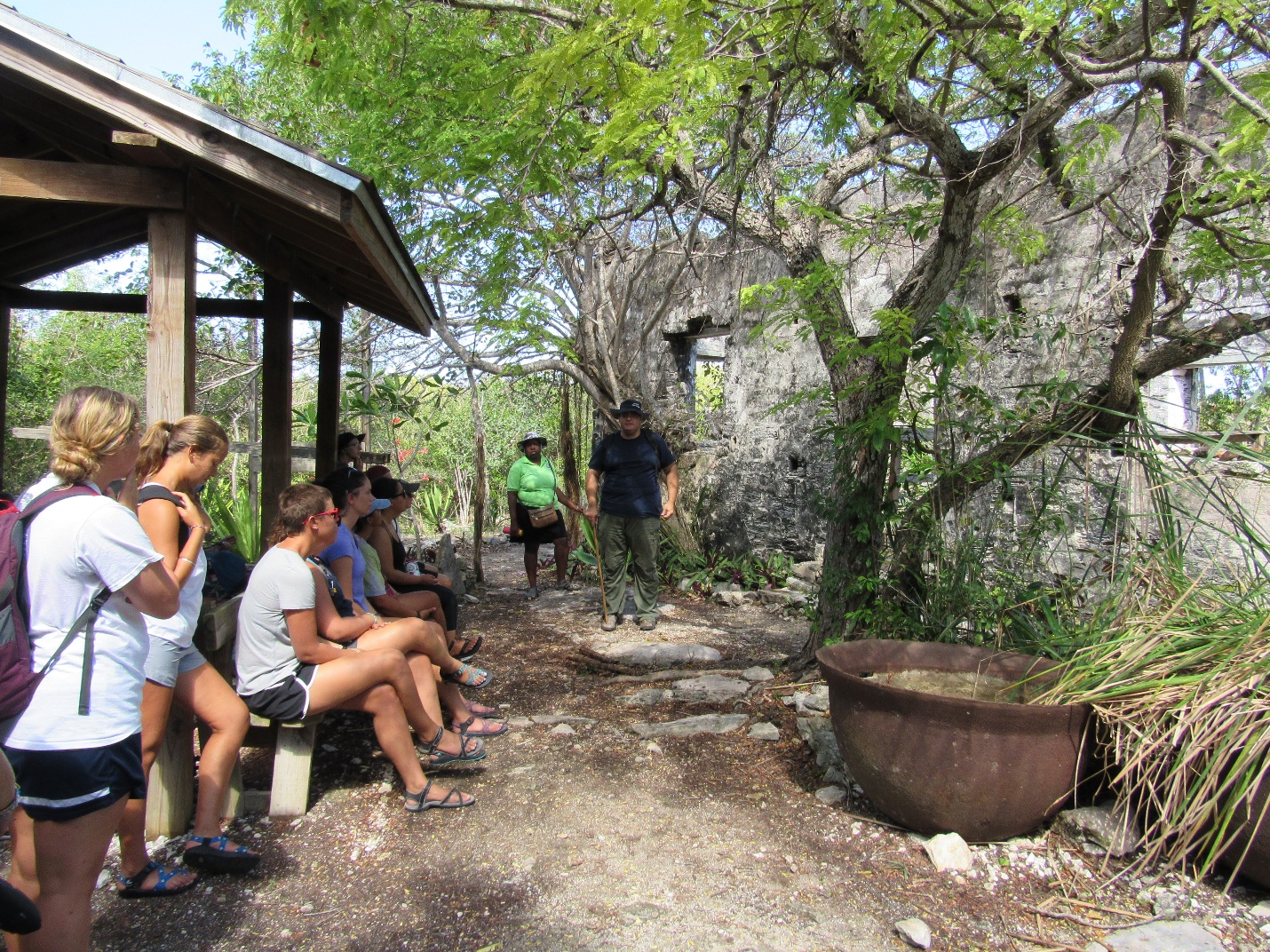 Our next stop was at the government farm, where we saw endemic species such as the Caicos Pine and Turks Head Cactus being raised in a nursery. These nursery-grown plants are used for research and native species recovery projects. Once known as the “Breadbasket of the TCI,” North Caicos is much more fertile than South Caicos. At the government farm we saw a range of species which have historically been grown for agricultural purposes, such as papaya, which we all had a chance to sample. 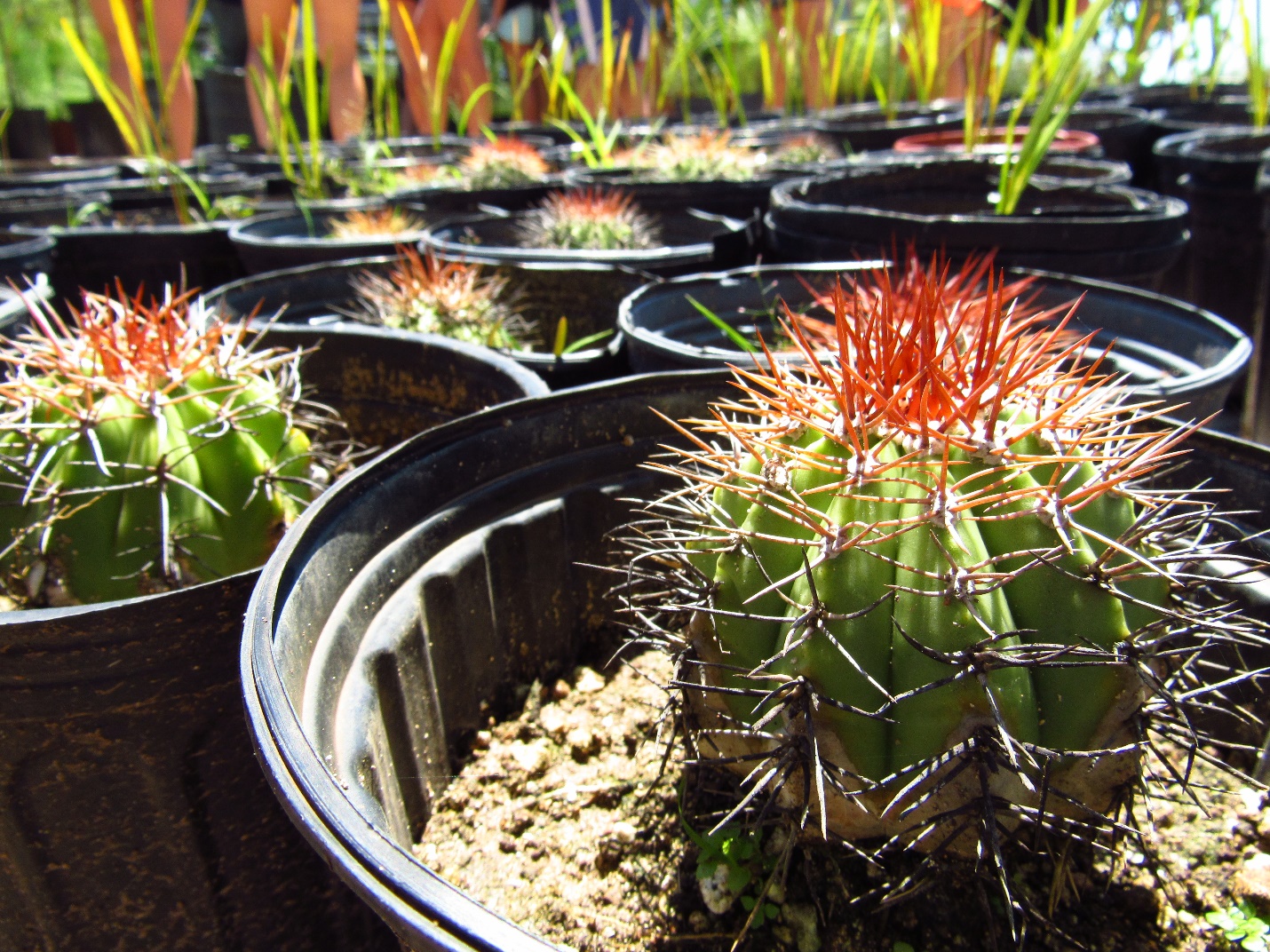 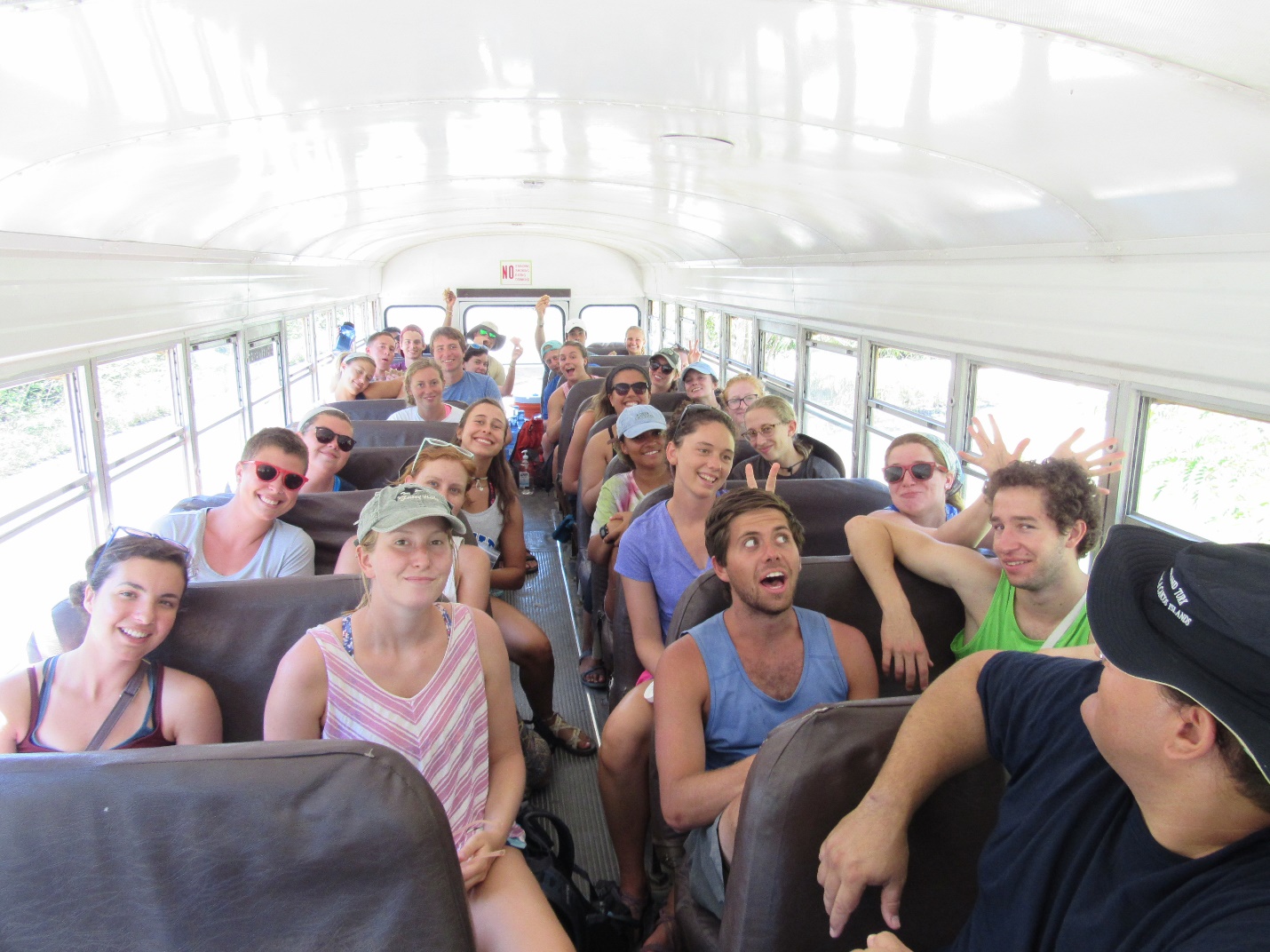 Having fun on the bus tour of North and Middle Caicos

North and Middle Caicos are a different world from South Caicos, with lush green vegetation, smaller settlements, and the country’s largest cave system. As we drove from North Caicos to Middle Caicos we witnessed these differences along a road surrounded by forests much more dense and green than vegetation on South. We saw areas where the native pine is being re-established, and passed by low-density settlements and a few ecotourism developments. Arriving at Mudjin Harbour on Middle Caicos, we had a chance to enjoy the breathtaking pocket beaches, ride a few waves in the turquoise waters, and take a break in a restaurant with a view. 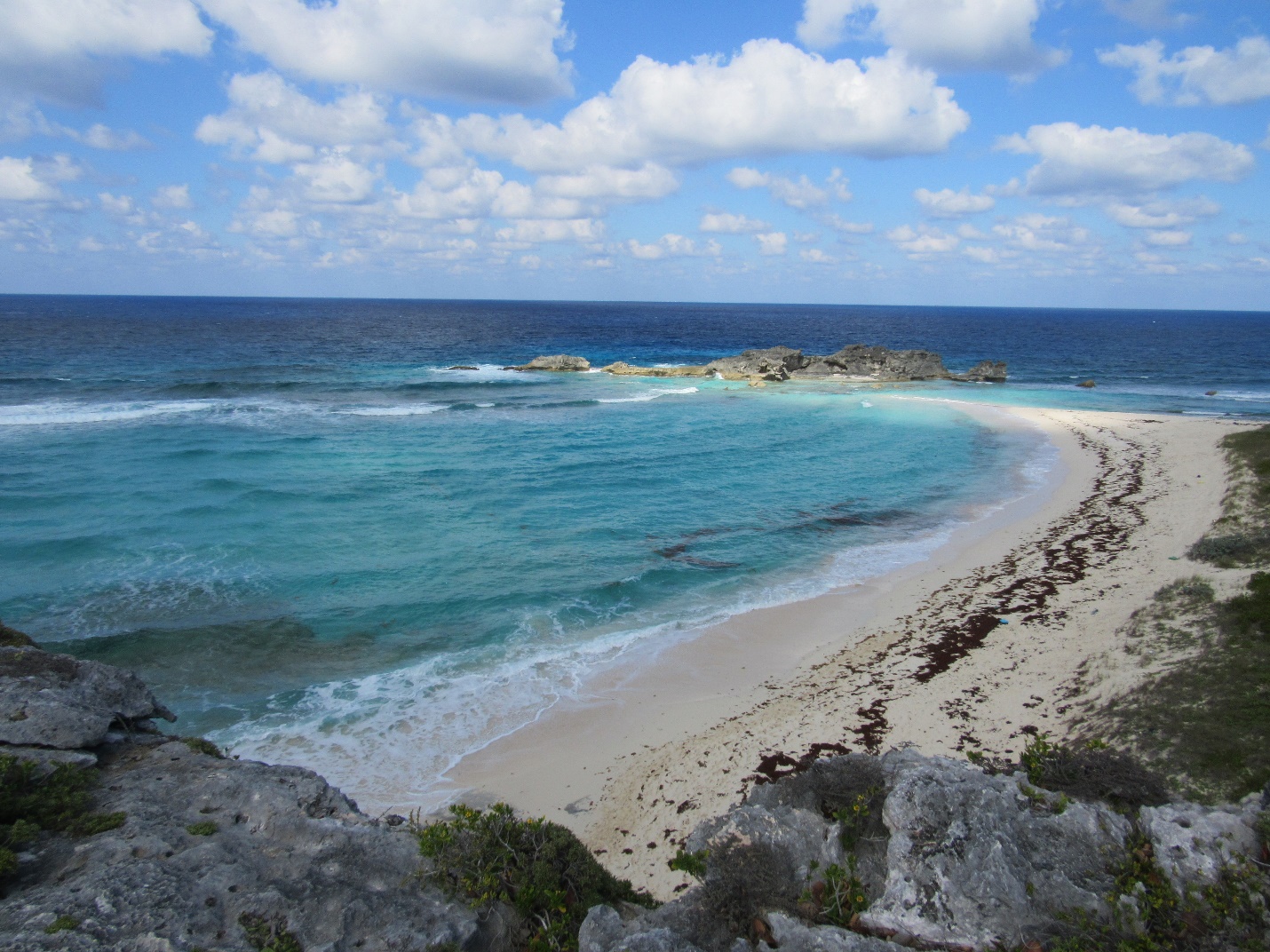 A view over the pocket beach at Mudjin Harbour on Middle Caicos, where students had a swim break on Monday afternoon

After relaxing at Mudjin Harbour, we boarded the bus again and headed to Conch Bar Caves, one of the largest cave system in the Caribbean region. This karst cave system has been used by humans since pre-Columbian times. Led by Naqqi and Demitri, known as the “caveman”, we saw unique formations of stalagmite and stalactite, including the “eggs and bacon” formation resulting from a steady flow of drips from stalactite. We also saw several species of bats living in the cave. 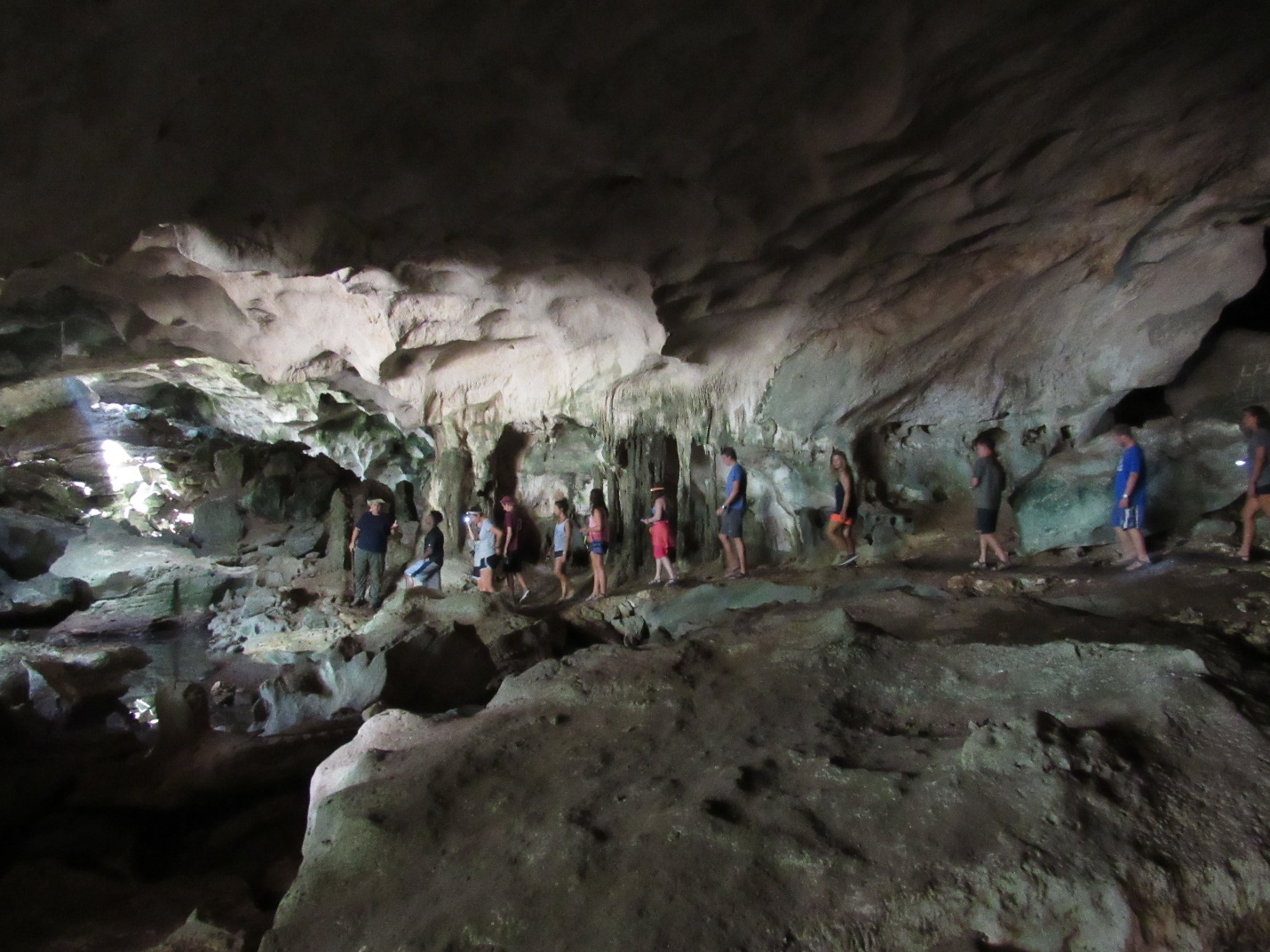 A tour of Conch Bar Caves on Middle Caicos

Back in the sunlight, we boarded the bus and headed back to North Caicos, where we were greeted by a typical TCI dinner of chicken, rice and peas, and macaroni casserole. Naqqi also made a special Indonesian-style vegan dinner, complete with chocolate cake with cashew frosting.

On Tuesday morning, we headed for Providenciales (Provo) by ferry. Arriving at our hotel, Ports of Call, we had lunch and prepared for an afternoon of surveying. In class, we had prepared a survey investigating tourists’ motivations for visiting Provo and economic impact in Providenciales. Armed with surveys, pens, and clipboards, we split into groups and headed out to the beaches and shopping centers to survey Provo visitors. Three hours later, with a total of 158 completed surveys, we reconvened briefly at the hotel before heading back out for a presentation on TCI culture by David Bowen. Formerly the Director of Culture for the TCI, Bowen showed us how he created the national dress of TCI, highlighting characteristics of each island’s unique culture and bringing them together to create unity in this diverse and disperse nation. He also demonstrated the national music of the TCI, called “Rake and Scrape”, played on instruments such as the saw, harmonica, tambourine, and accordion.

After dinner at the hotel, Ethlyn Gibbs-Williams from the Turks and Caicos National Trust, an environmental non-profit which manages sites of cultural and natural heritage in the TCI, gave a short presentation on her work and answered students’ questions in an informal pool-side setting. After a full day of activity, students enjoyed a bit of free time and a good night of sleep.

In our final portion of the field trip, we headed to Provo Primary School for community outreach on Wednesday morning. We set up activity stations to teach primary school students about birds living in the TCI. It was a great opportunity for SFS students to connect with kids living in Provo, passing their passion for environmental protection to the younger generation. 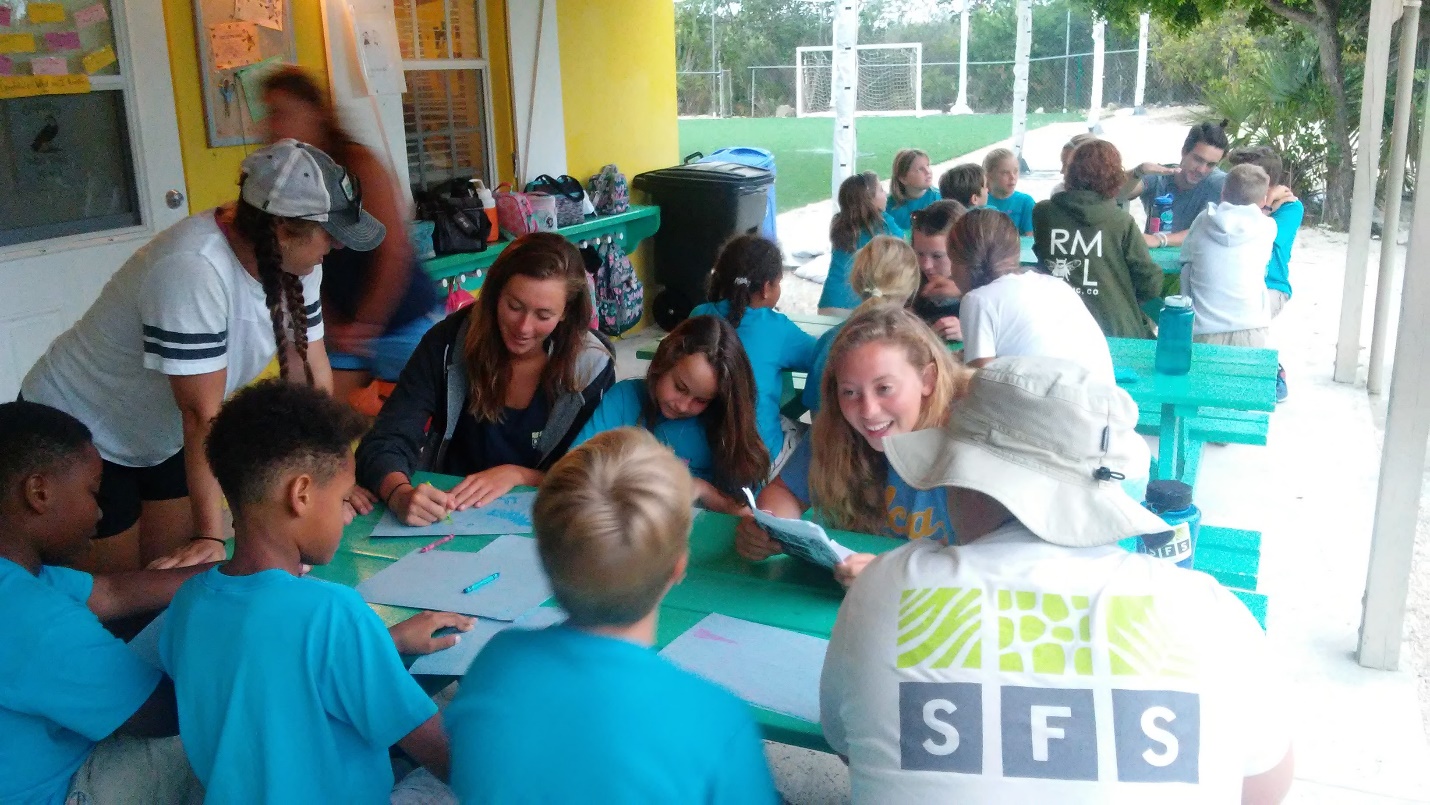 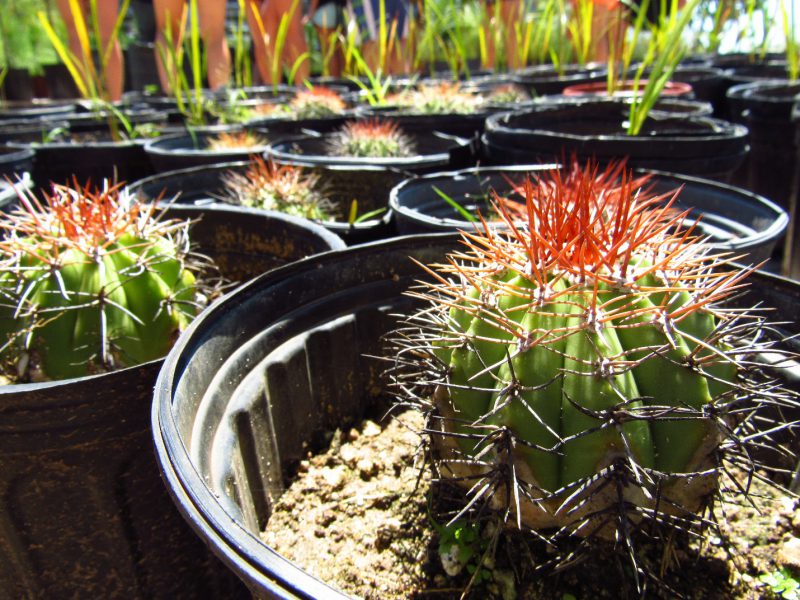 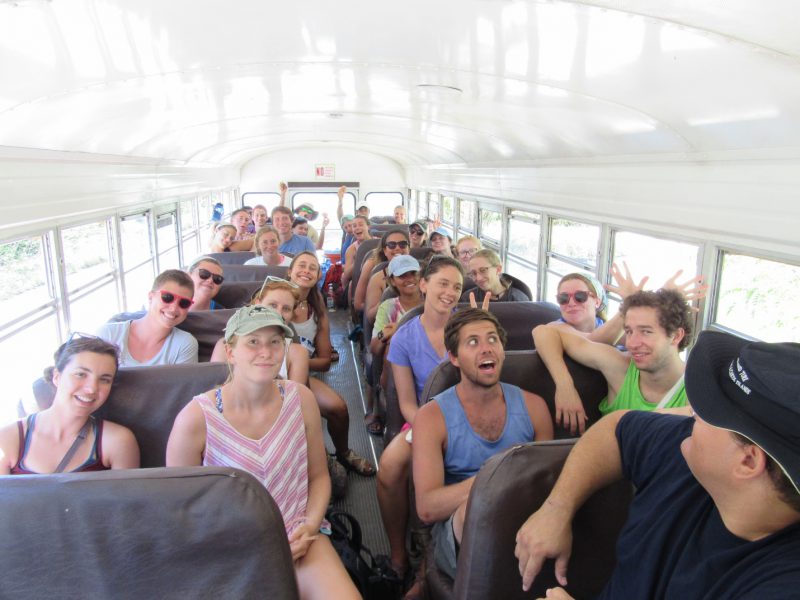 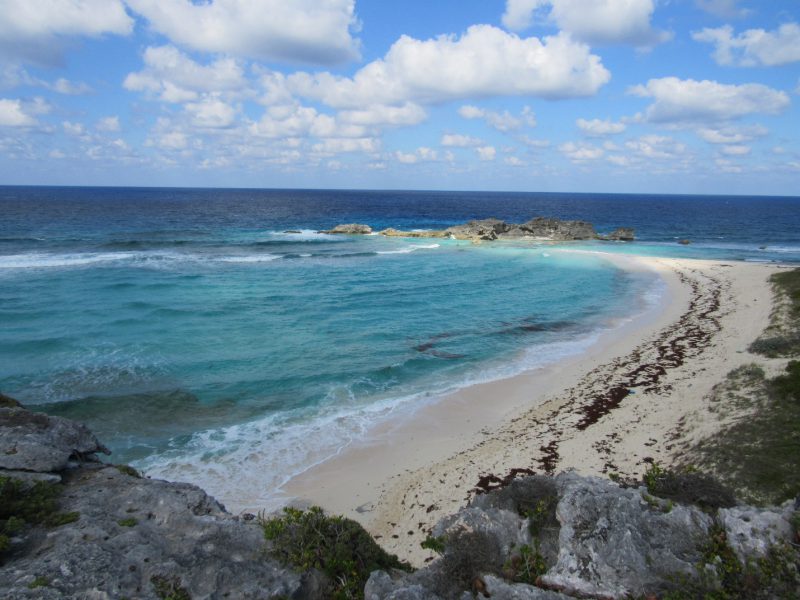 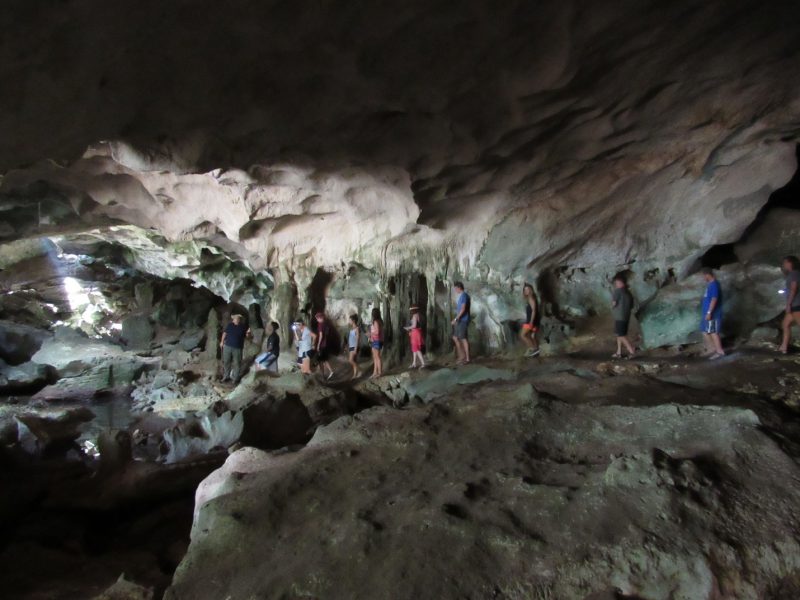 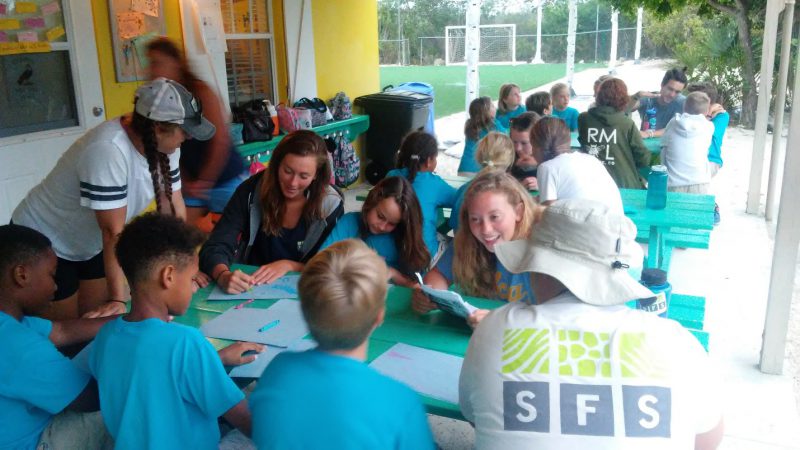