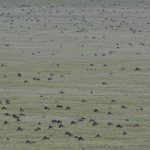 Starting early in the morning, we made our way through the clouds and the Afromontane forest and arrived at the rim of the Ngorongoro Caldera. After taking some pictures of the breathtaking views over this large and complete caldera, we descended with our Landcruisers via a steep road and explored the vast grasslands of the Ngorongoro. We were fortunate as we all spotted at least one of the well-protected black rhinoceros – a species that was once widely distributed but has been decimated in many parts of Africa because of illegal hunting to satisfy the demand for its horn. It’s difficult to comprehend that the deep-rooted but illogical belief in the curing powers associated with its horn still threatens this majestic species, of which there are only 5000 individuals left in the world.

We were amazed by the sightings of lions feeding on a wildebeest kill, a rare elephant bull whose tusks almost reached the ground, and numerous herbivores in the grasslands of the Ngorongoro Caldera. Additionally the Serengeti welcomed us with an incredible sight: a large fraction of the 1.3 million wildebeest and numerous zebras and gazelles were in the nutrient-rich short grass plains of the southern Serengeti and it was a delight driving past them as we made our way to our campsite in the central part of the Serengeti. 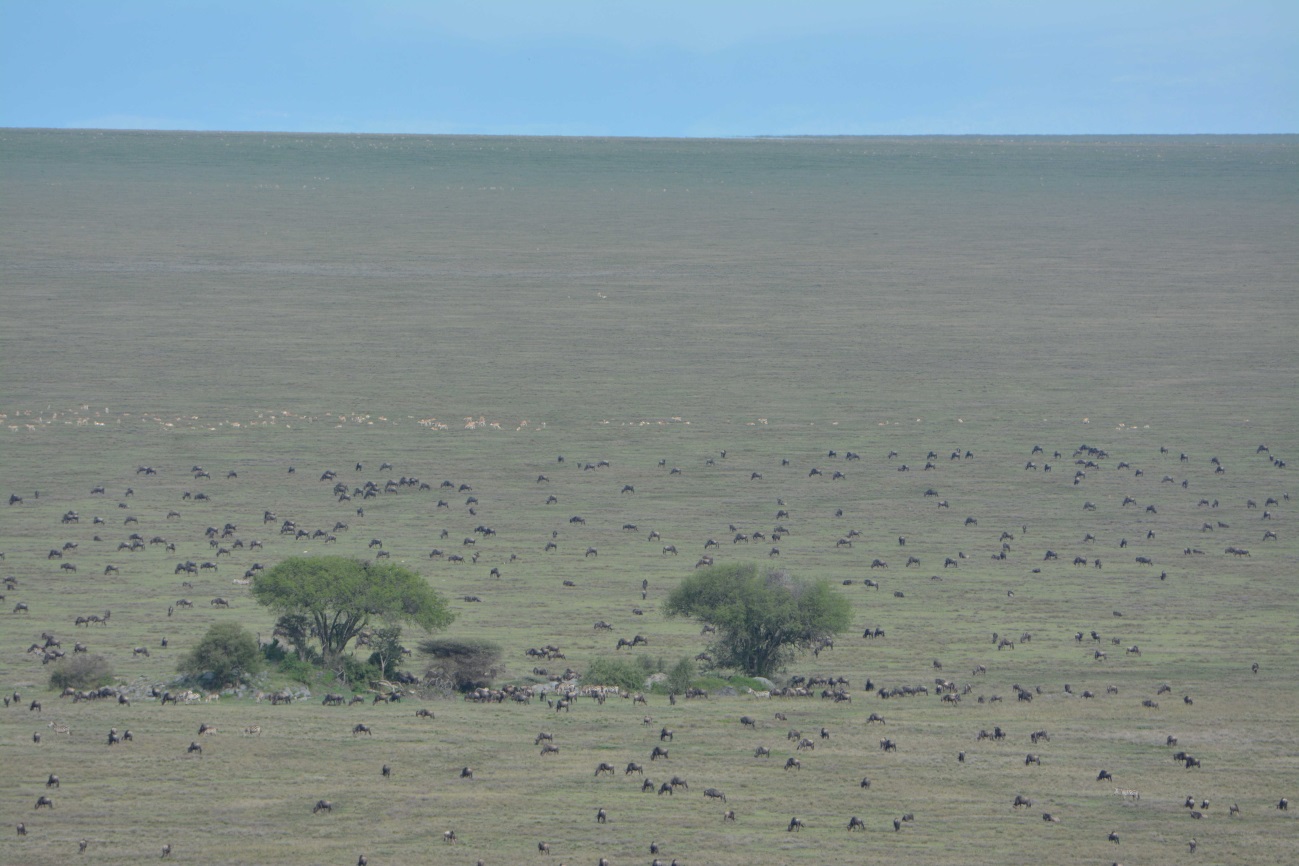 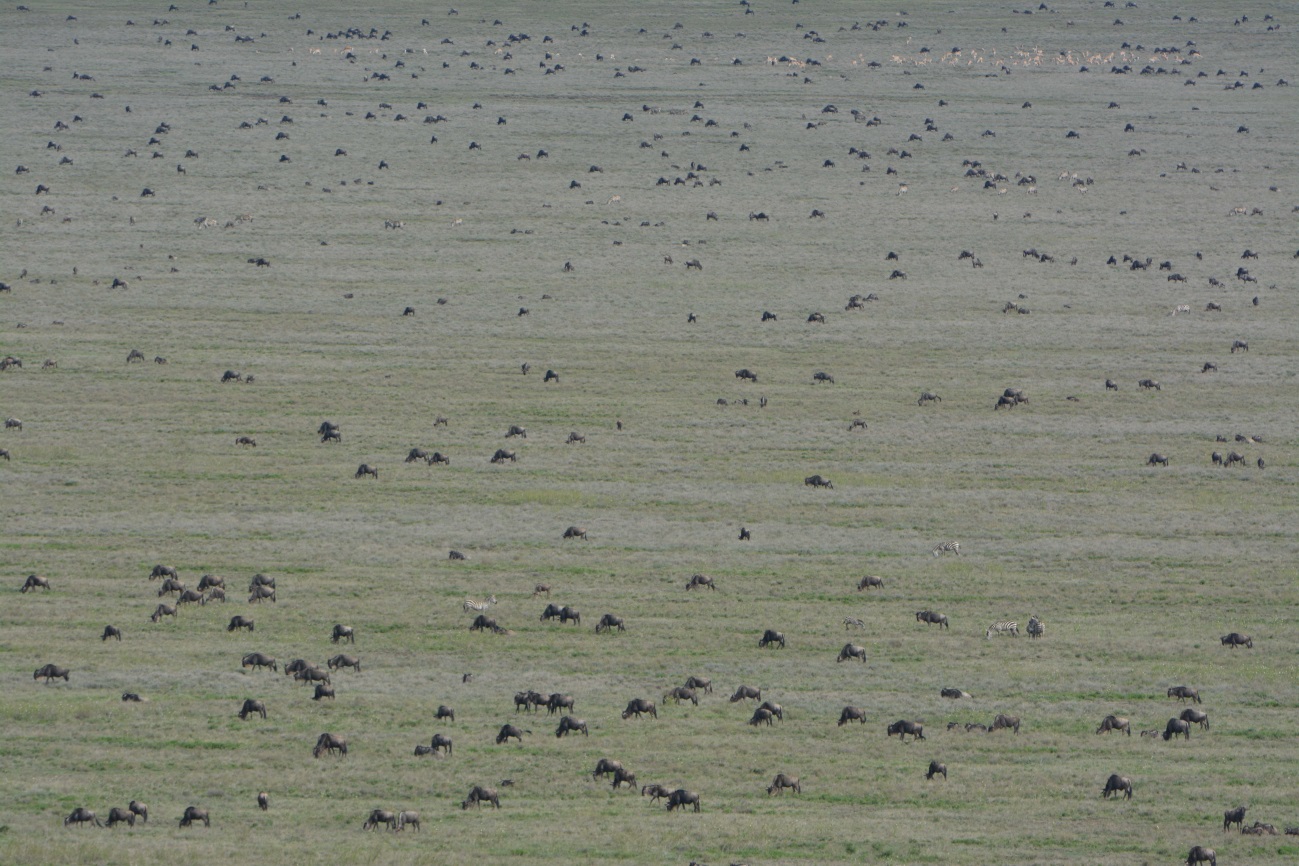 Although the majority of the grazing animals (following their annual movement routine) were located in the southern plains, the central part of the Serengeti did not fail to impress either. Even before leaving the campsite on the first morning, we observed a leopard feeding on a baboon while other baboons were mobbing the predator.

While studying and counting the diverse bird community and assessing the impact of tourist vehicles on animal behavior, we had numerous observations of small and large wildlife species ranging from chameleons and leopard tortoises crossing the roads to family herds of elephants enjoying the long, fresh grasses that flourished well after some substantial rains revived the landscape from the long drought lasting from November to February.

On our way back to the SFS Center, thousands of zebra and wildebeest as well as a sleepy lioness fringed the road in the southern plains. Our journey was halted at Oldupai Gorge where we had a short lecture on this archaeological site which includes the remains of several early hominids. After crossing the Ngorongoro Highlands – this time with clear views over the amazing landscape – we returned to Moyo Hill, where students are now eagerly studying for their final exams. 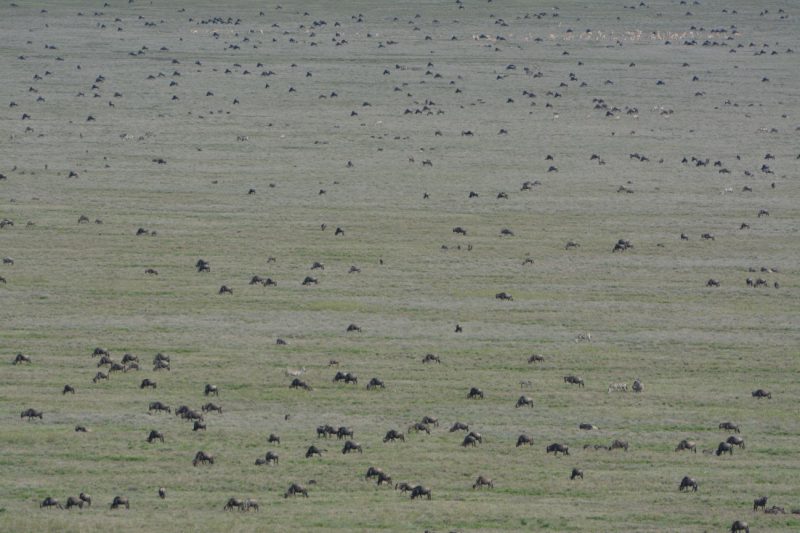