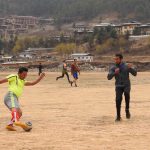 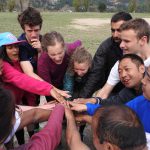 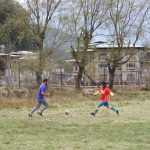 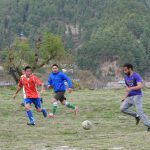 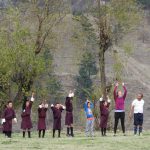 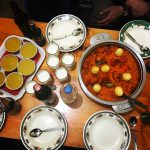 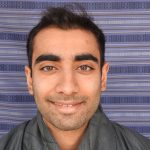 SFS vs UWICE: A Spirited Rivalry

We’ve been in Bhutan for nearly two months now, and it’s interesting to me how our group has become so accustomed to living in an environment that for many of us is so foreign. Some of the highlights since we’ve returned to UWICE in Bumthang from a trip to Mongar have been the SFS victory in the UWICE vs. SFS soccer game and the re-arrival of meat into the country, specifically chicken.

On March 29th SFS took on UWICE in our second soccer game of the season. Historically, SFS has only beaten UWICE one other time, and the games usually end in a commanding UWICE victory. However, this time the outcome was different.

UWICE got out to a hot start and scored 2 goals in the first half. However, our SFS team made some halftime adjustments and came out strong in the second half. Impressively, our team scored 4 goals in a row to take a convincing 4-2 lead. UWICE then answered back in the mid second half with another goal, trimming the lead to 4-3. We responded with yet another goal, bringing the final score to 5-3. Both teams fought hard, but ultimately SFS pulled out the victory against UWICE for only the second time in program history! After the match, all players went for post-game momos (local dumplings) at Sunny’s Momos. 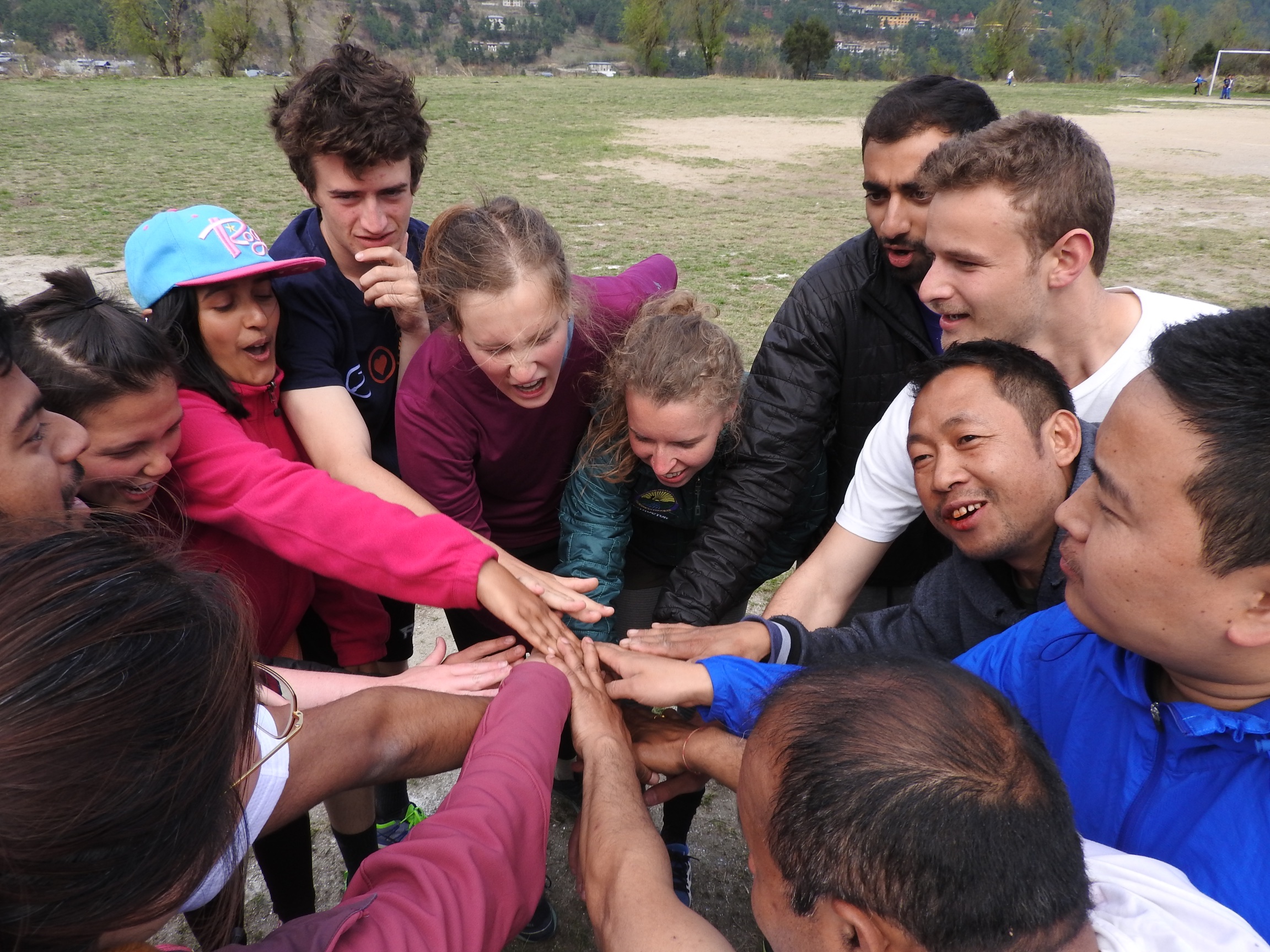 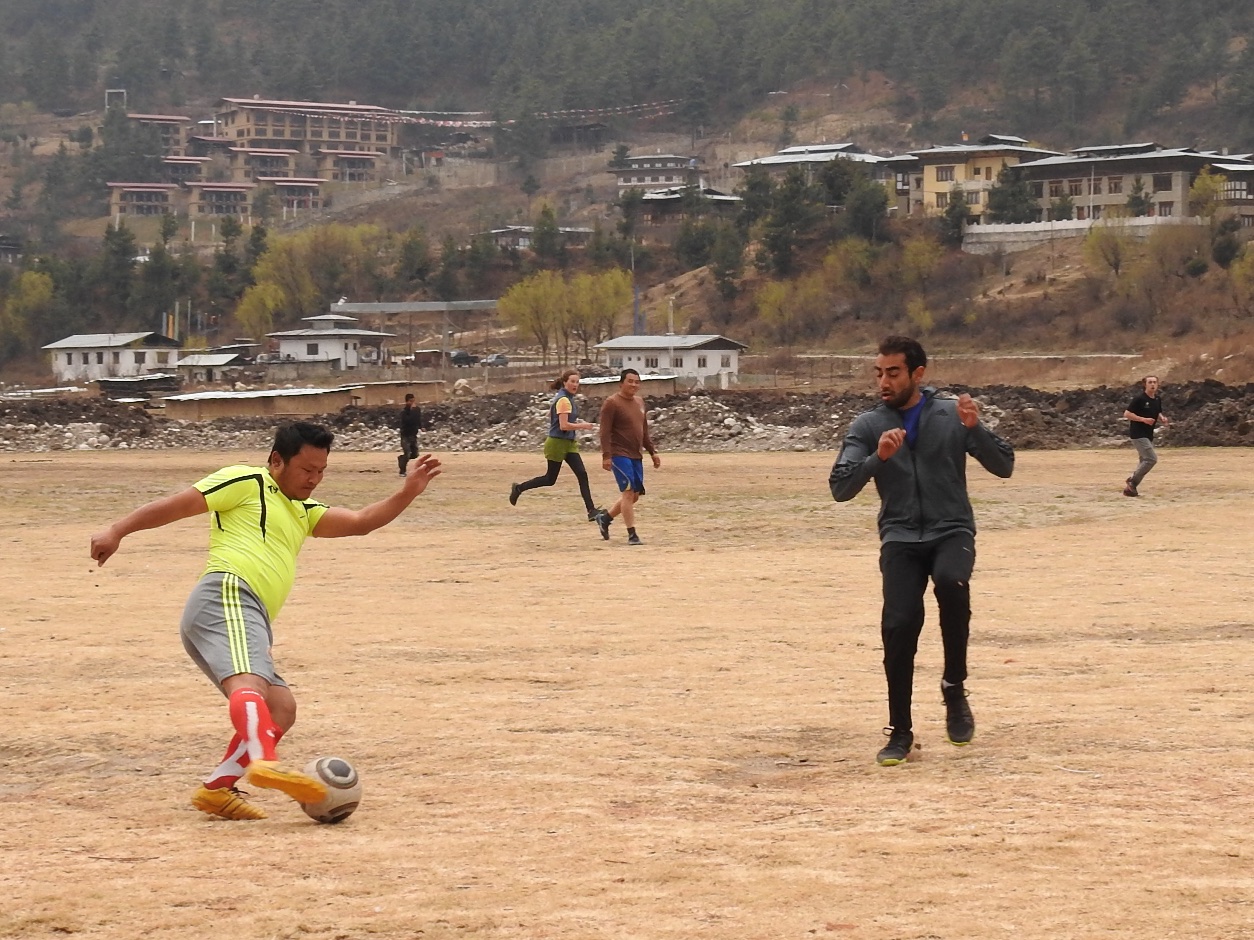 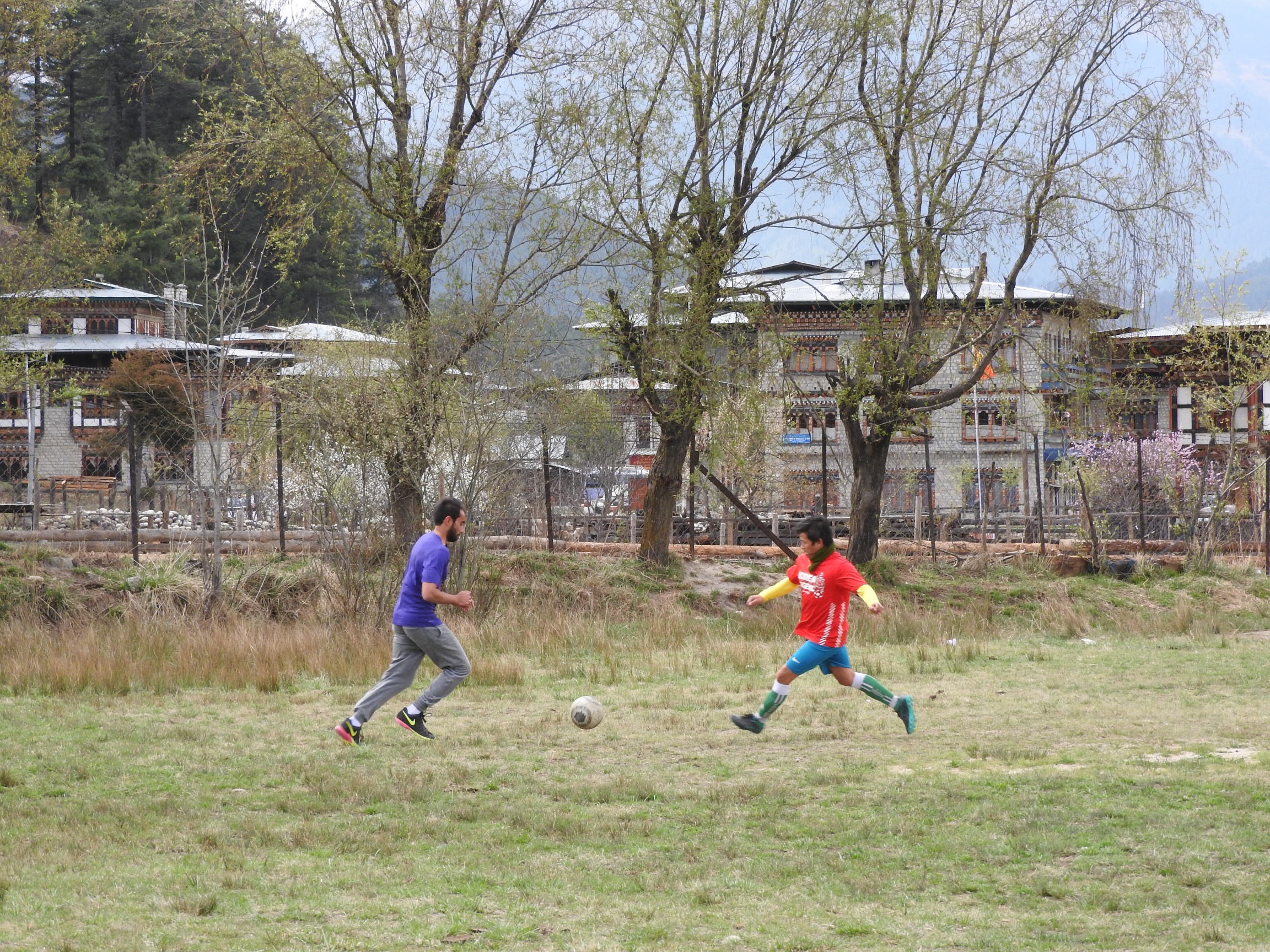 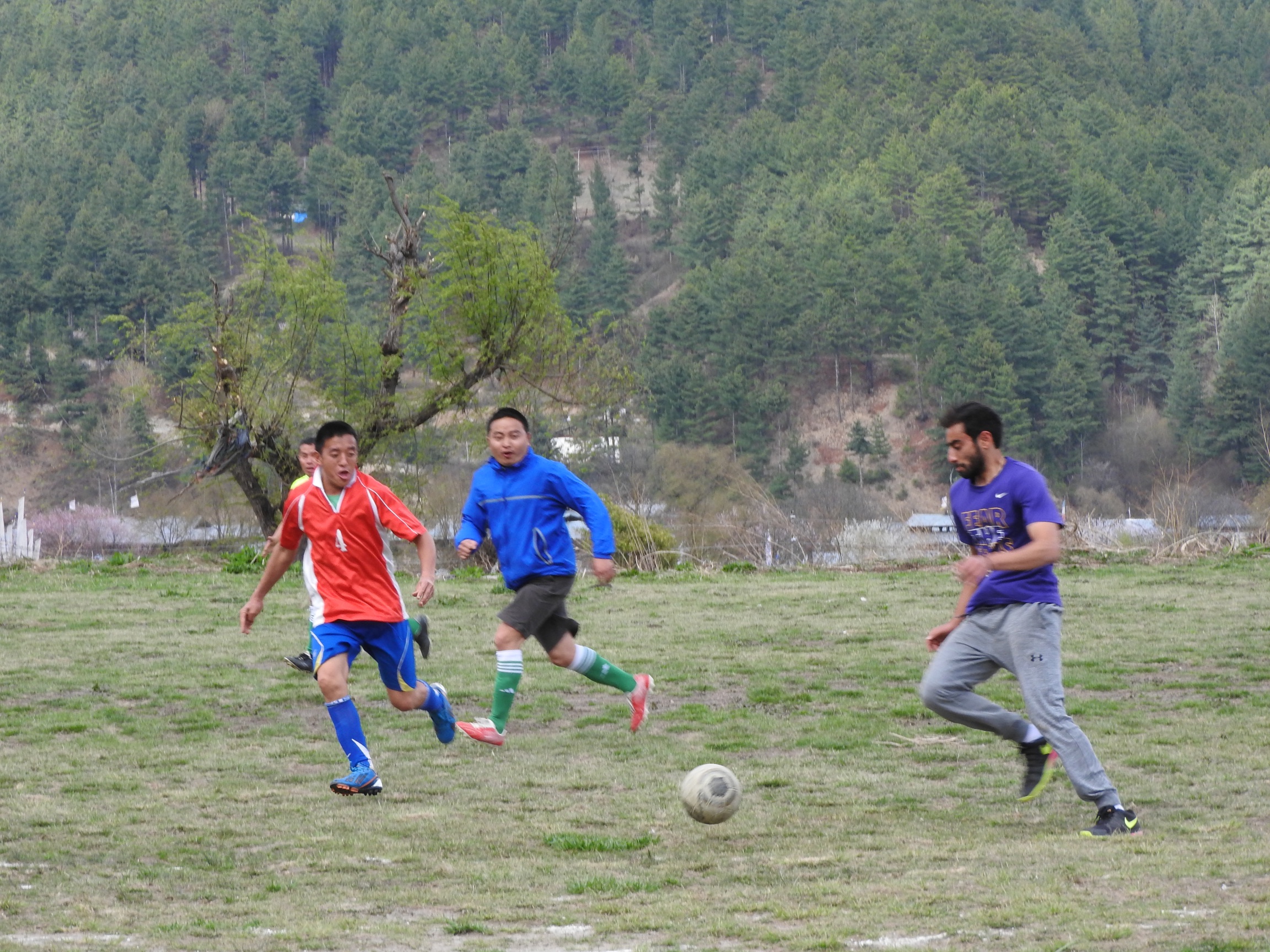 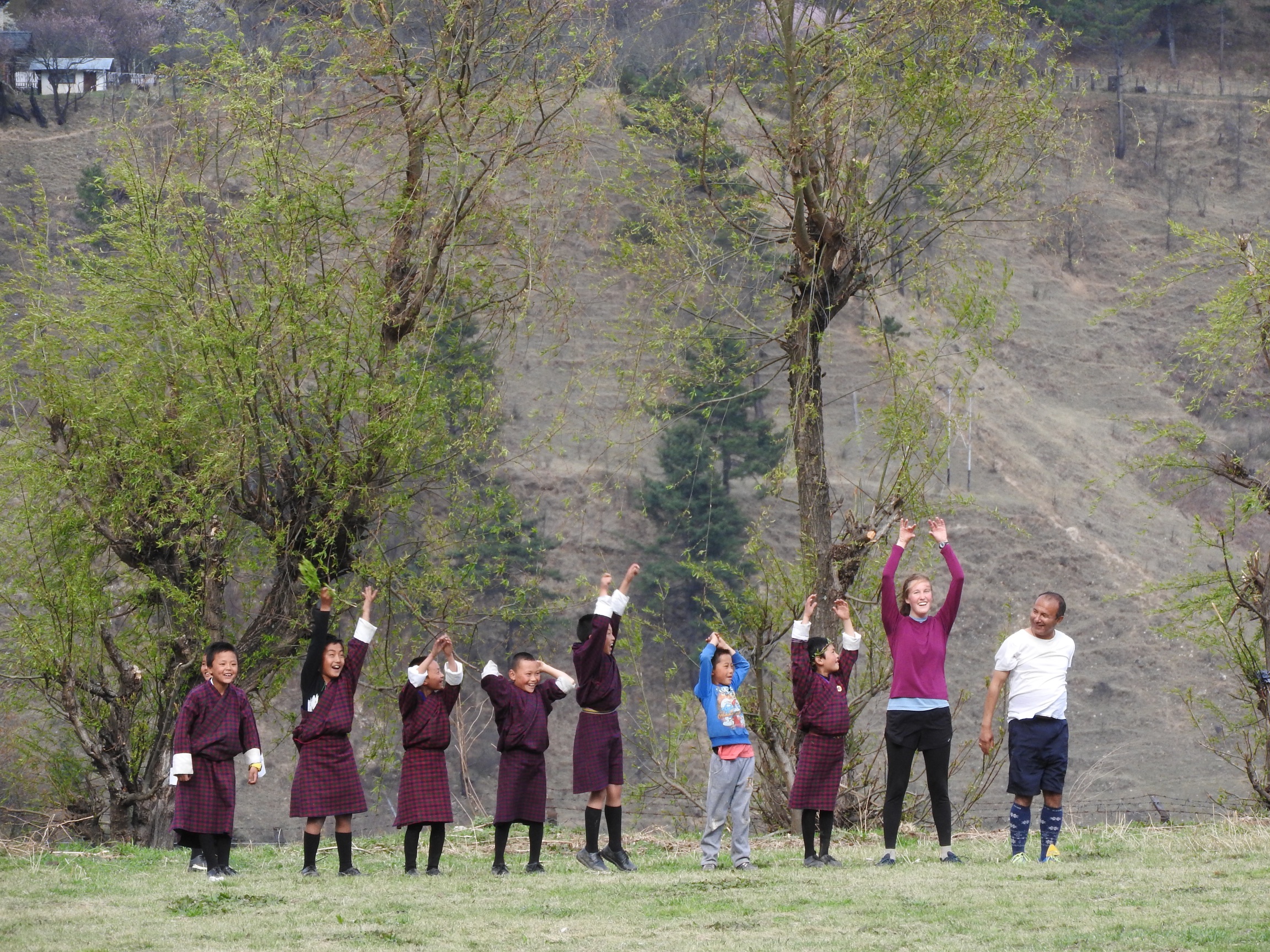 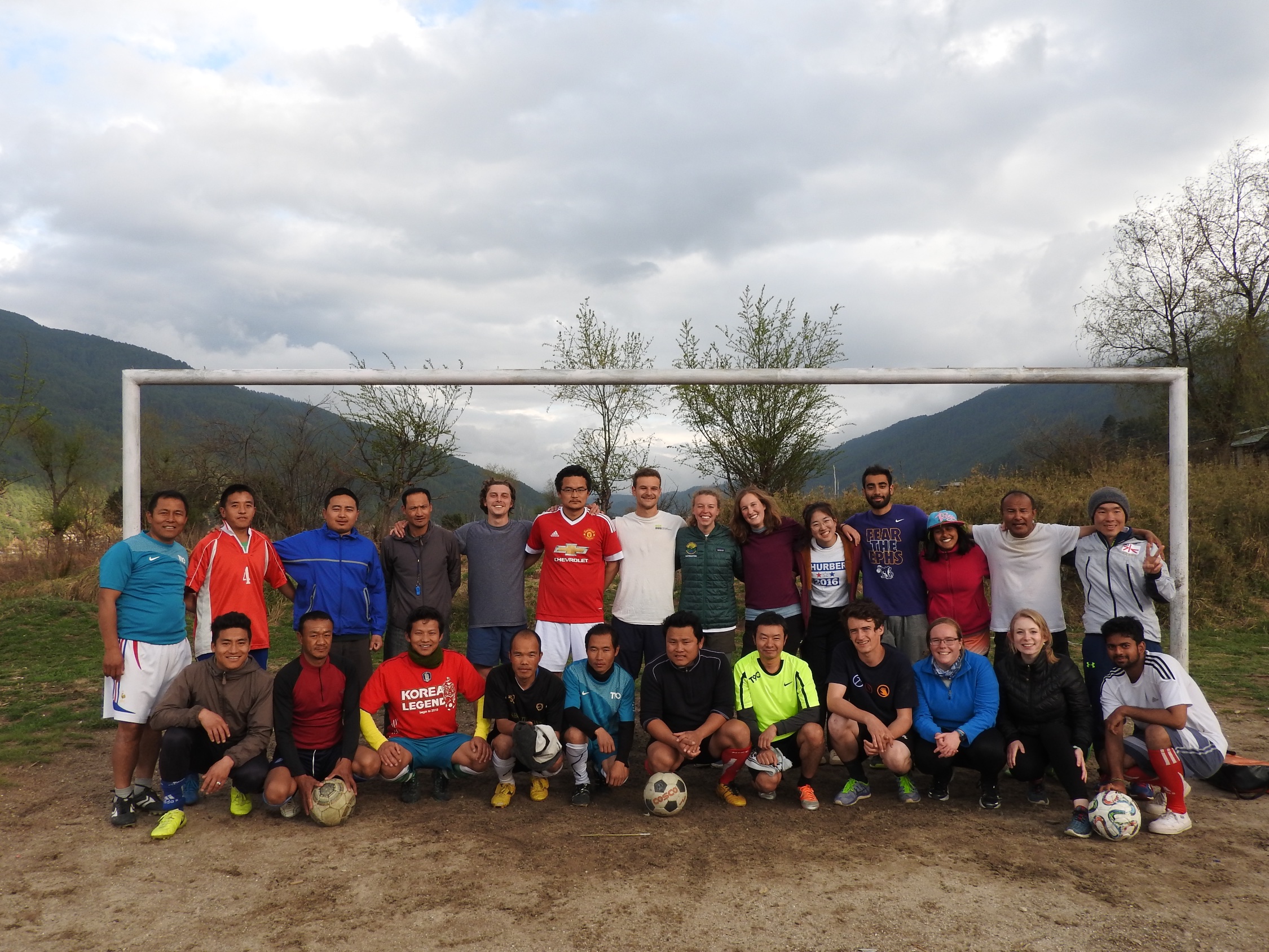 The second recent highlight was the return of meat. While there is a surprisingly high number of vegetarians in our group, there are a few group members (such as myself) who are quite fond of meat. For one month after the Tibetan Buddhist New Year known as Losar, there was a ban on selling meat in all of Bhutan. Some stored meat was still sold, but overall meat was extremely hard to find throughout the country. April 1st changed all of that. While the ban was lifted a few days earlier (even before the soccer match), it took some time to bring the meat over to Chamkhar, the local town near UWICE. On April 1st we went to Biryani Point for some chicken biryani. The biryani took almost 2 hours to make, but after that triumphant mouthful of chicken and rice the whole month long wait seemed completely worth it. Having the biryani gave me a refreshed outlook on the food in Bhutan, and the end of the meat ban has been a delicious and positive development! 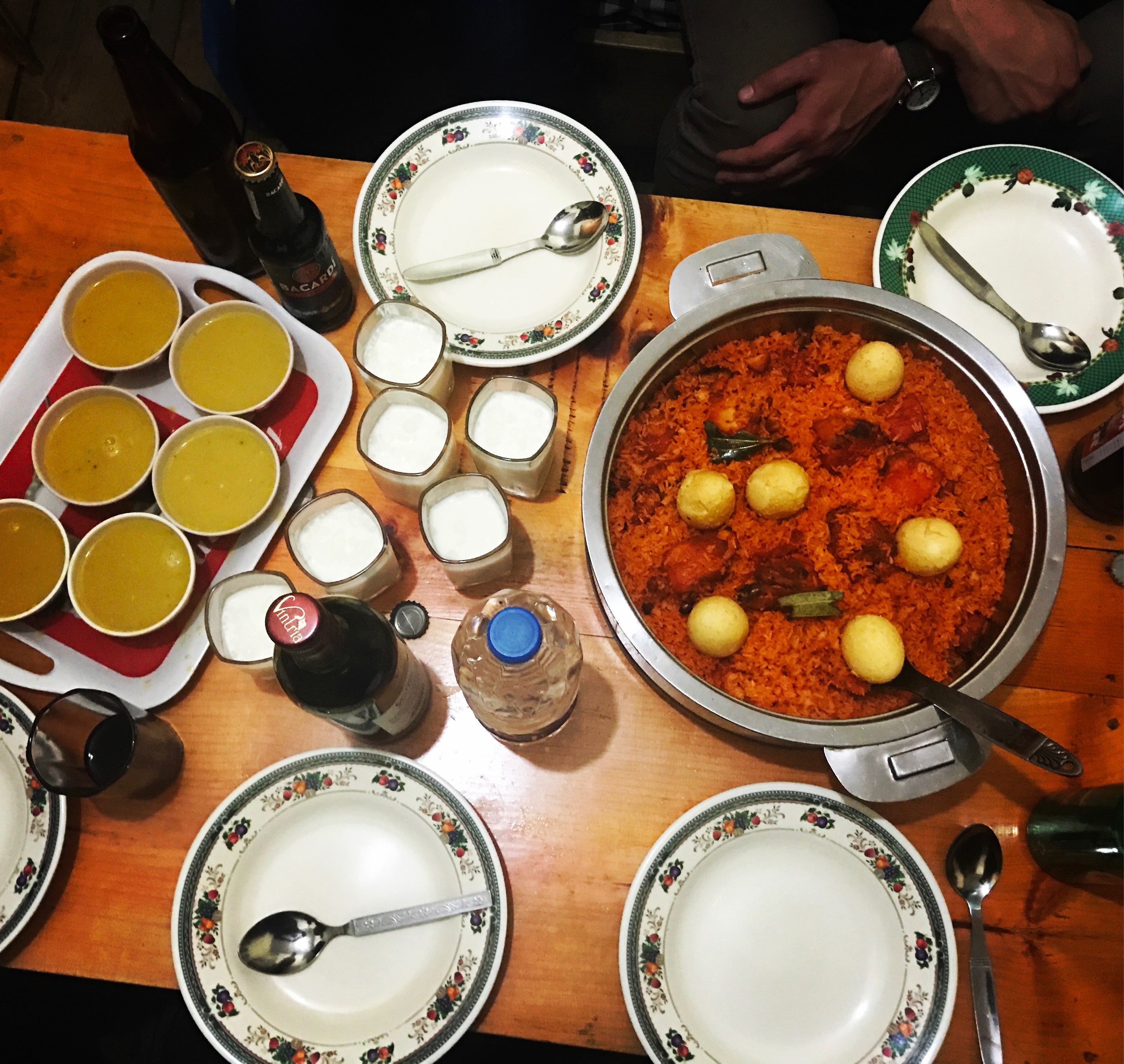 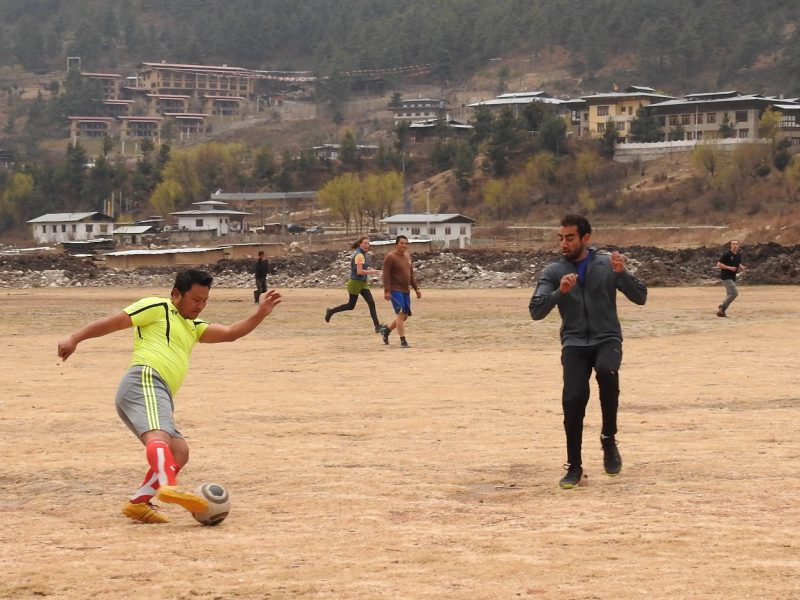 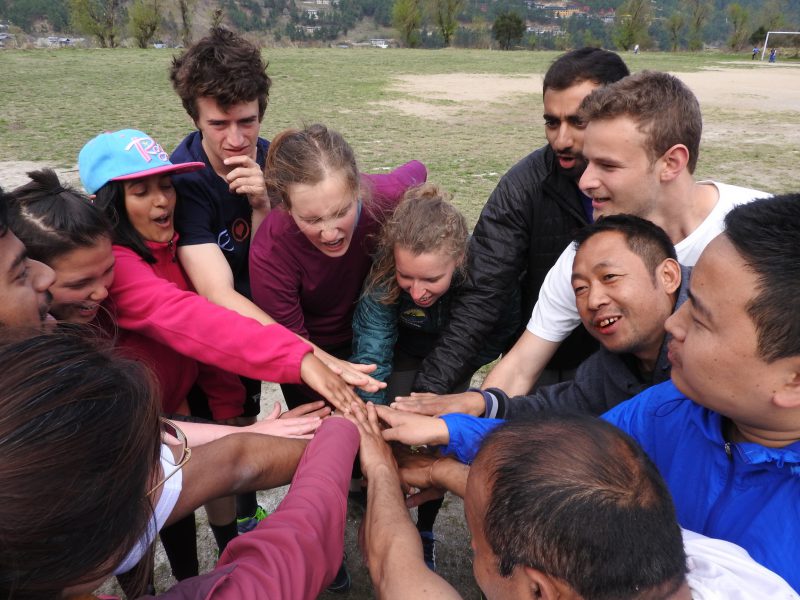 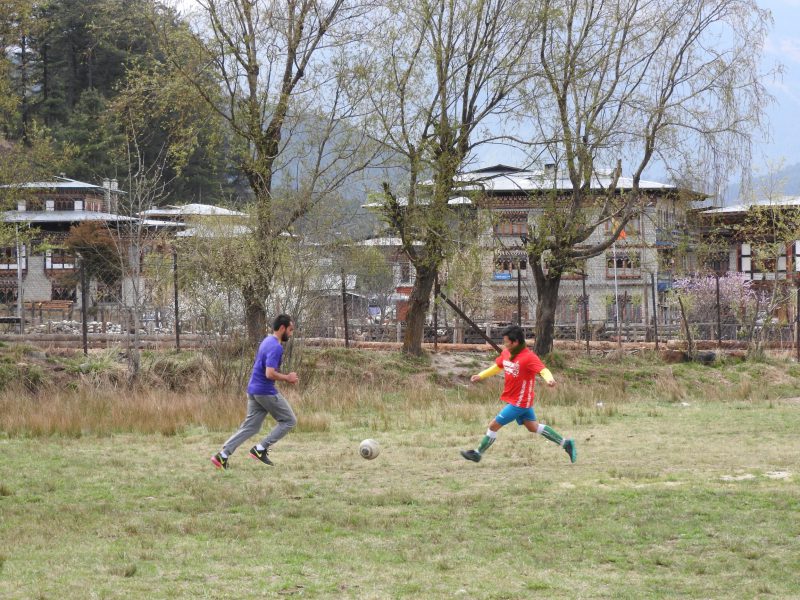 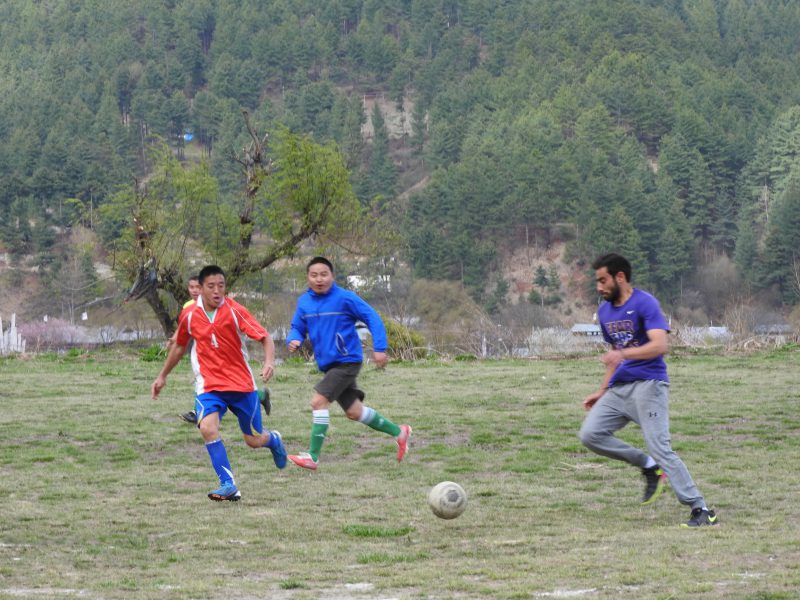 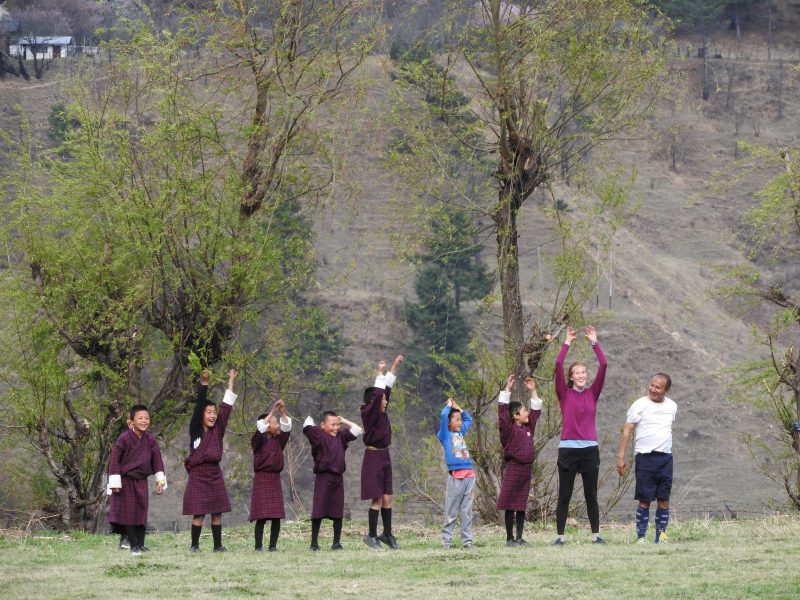 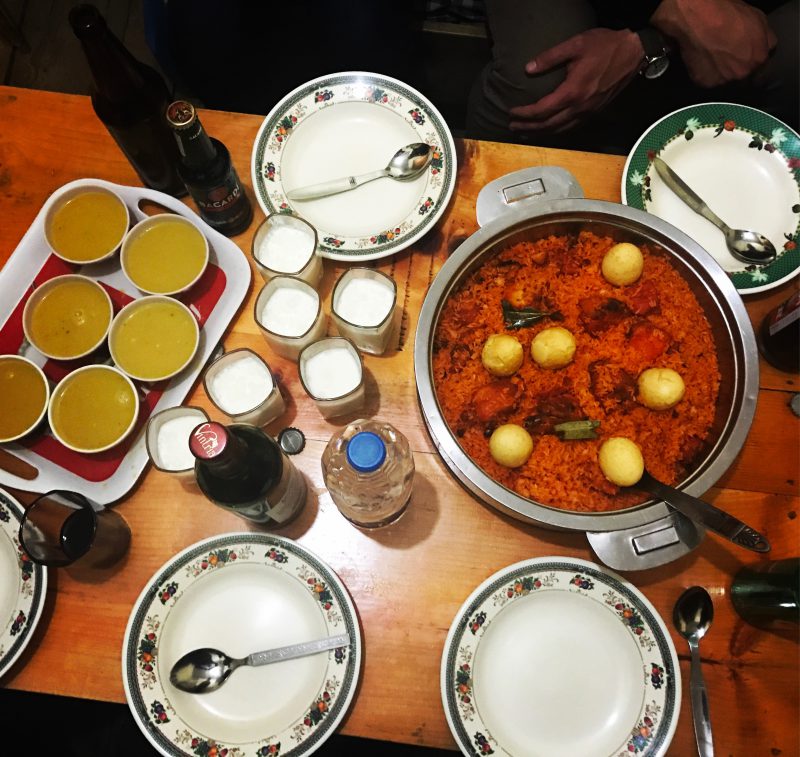 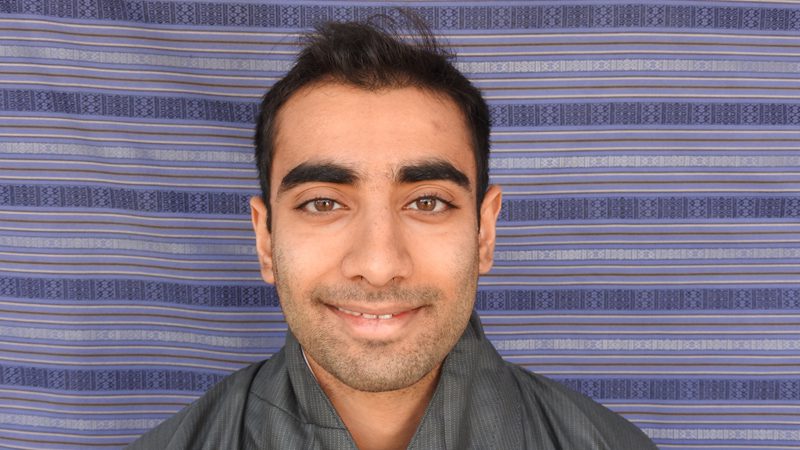