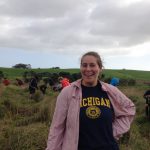 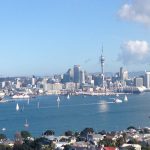 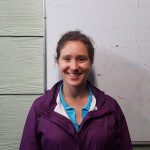 Because the consecutive plane rides from Minnesota to Cairns took a total of a day and a half, I had a lot of time to daydream during travel and wonder what it would be like to live in the Southern Hemisphere with both a new environment and new people. New Zealand is the furthest place you can get to from the Twin Cities, my home town, so I felt adventurous because I didn’t know what to expect and I would need a good reason to want to turn back.

When I arrived at “The Center” near Cairns, Australia and then ultimately in Auckland, I was instantly glad I had made the trip. The sights were amazing, the people in the program were friendly and had a lot of stories to tell, and I have always wanted to go to New Zealand. Before I left, I couldn’t explain why it had to be New Zealand if I were to travel, but just a few days into the program I understood, and the following snapshot of my journal should make it clear.

One of our first memories of New Zealand was made while staying with a Maori family at the Marae, an area of land on the north island of New Zealand. The family shared with us their culture and told us about what their land and the natural world means to them and why it is important to conserve the environment; the land takes care of people, so people should take care of the land, is a saying I heard several times as I was there. We got to know each other really well over the course of just three days through story-telling, skit night/talent show, and singing together. Our time with the Maori was too short and I miss them already! 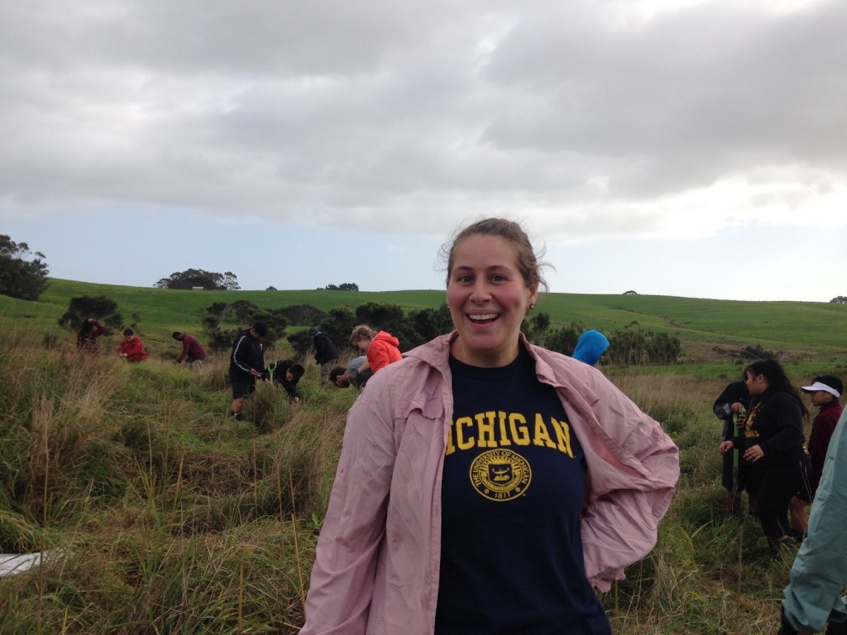 Our next stop was at CUE Haven in the town of Glorit not far from Auckland. “CUE” stands for “Cultivating Understanding and Enlightenment.” There, we planted baby Kauri trees to rebuild a Kauri forest that was once lost to agriculture. Between 25 or so of us SFS students and a class of middle schoolers who came to join us, we planted around 2,000 trees, many of them Kauri trees. The Kauri tree is important in the ecosystem because it provides habitat and food for several of New Zealand’s extensive species of birds, and Kauri forests are home to the endangered Kiwi, a bird that is symbolic of New Zealand. Earlier in the trip, we had gotten the opportunity to see grown-up Kauri forests with trees about 2,000 years old and requiring several people to reach around its diameter with arms stretched! It was a unique perspective to have seen 2,000-year-old adult Kauri trees and be planting baby ones. They will outlive us by several generations! 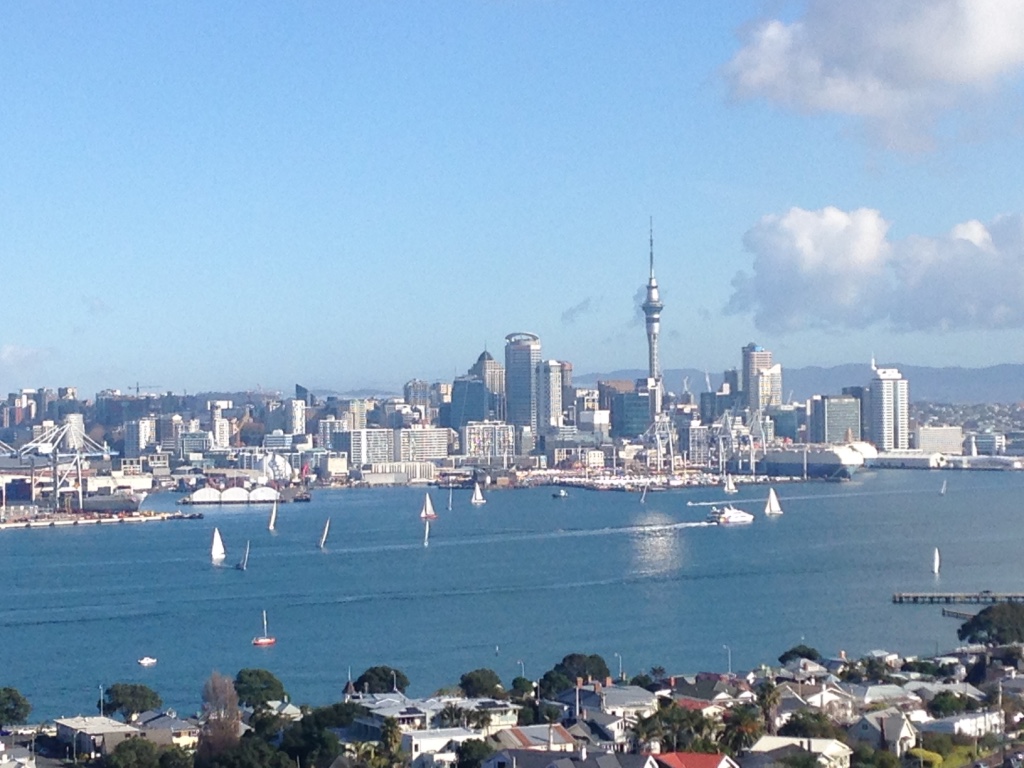 The last full day in New Zealand was “non-program time,” or in other words a free day. Some people went bungee jumping, some to Hobbiton, and some, myself included, to an island called Devenport. We were all looking forward to this day, but reaching it was bittersweet because it was the last day before heading off to Australia. Time in New Zealand went by super fast! I am looking forward to further exploring Australia, but I will miss New Zealand and always remember it.

A common theme that flashed into my mind was “similar but different.” Because humans have a lot more in common than we do different, even though the shape of electrical outlets or the flushing mechanisms of the toilet are different, I know it sounds corny but everyone laughs, cries, and has a story to tell. And it is an incredibly humbling experience not to be familiarized with things you use all the time, even if it must be figuring out how to flush the toilet. At the end of the day it doesn’t matter how something operates; it just matters that it operates, so you adjust to the punches that are rolled at you, and it is a good experience to be flexible. Also, it is refreshing to let go of outside communication by taking a break from my phone, the Internet, and especially my hometown. This way I can completely immerse myself in the “nature” of a new place, which makes me feel introspective and open to new ideas.

See you somewhere in this world,
Anna 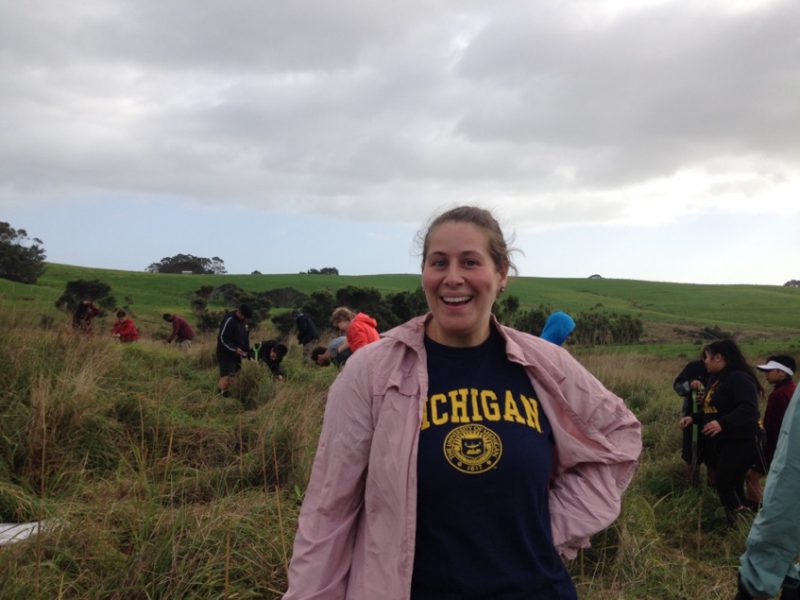 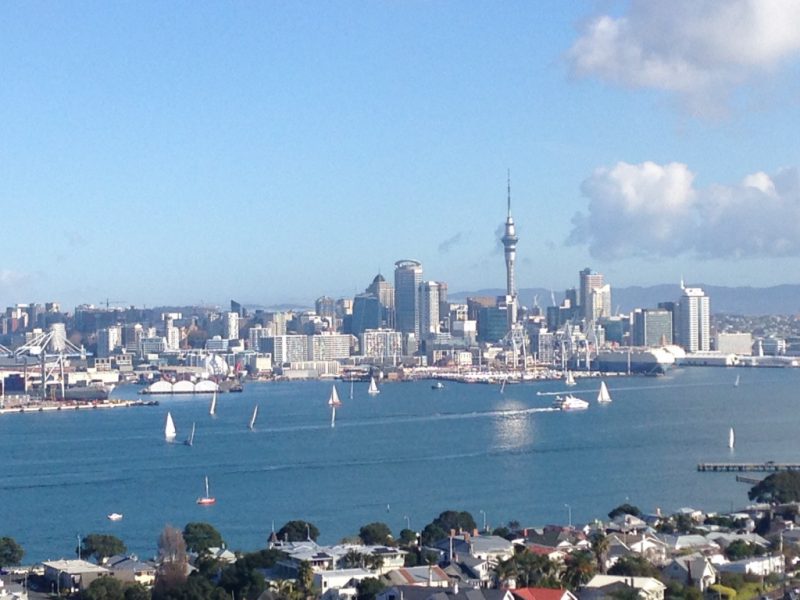 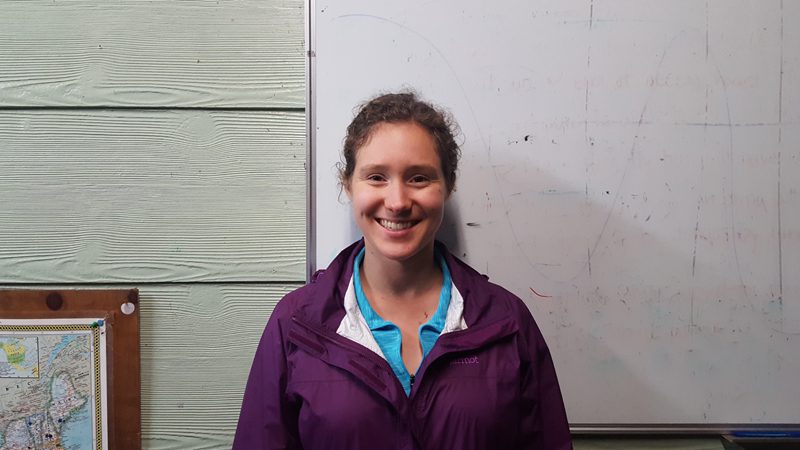