This year marks 10 years since SFS conducted the first Summer 1 trip to Aotearoa-New Zealand in 2007. Travelling back to the SFS Centre for Rainforest Studies (CRS) at the end of our 11th New Zealand sojourn, I’ve been reflecting on the ways in which the Kiwi component of the programme has developed over the decade.

The focus of our trip to Auckland and Northland remains the same – investigate the history of natural resource use, particularly of native forest, and present day strategies to conserve and restore native forest ecosystems. This is a wide brief that sees us ranging across diverse topics including biogeography, indigenous culture, European settlement patterns, agricultural land-uses, tourism, bio-security, predator control, revegetation and the roles of volunteer organisations, all in a quest to understand “what works where and why”.

Many of the key parts of the trip, and locations we visit, remain the same. Our visit to the Motatau valley, to the family marae of the extended Prime family at Waimahae, was as pivotal an experience for this year’s group of SFS students as it was for our first SFS group to visit in 2007. Tiritiri-Matangi Island, an open sanctuary for several threatened species, continues to be a highlight, giving an impression of what the New Zealand “bush” may have been like in pre-European times, before mammalian predators decimated the bird fauna. And this year, after several years’ hiatus, our group returned to the magnificent kauri forests at Waipoua. Tane Mahuta, the 2000 year old giant of the forest, remains as majestic as ever, though the spectre of kauri dieback disease hovers on his doorstep and it can only be hoped that all visitors are conscientious users of the boot sanitising station provided. 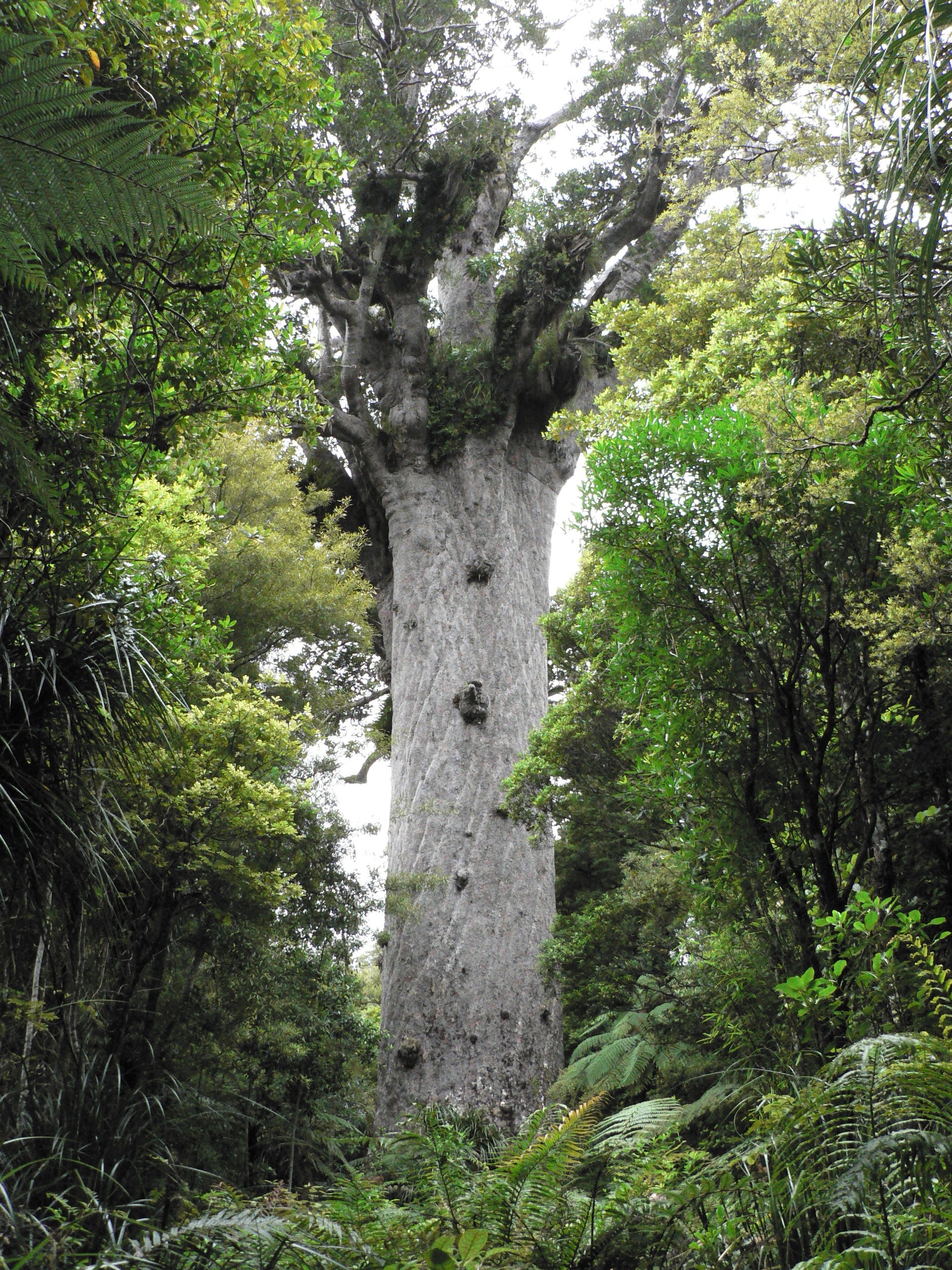 The opportunities we have in the programme have been enhanced through time. Four years ago we were lucky to be invited to a release of kiwi on a property, Mataia, on the Kaipara Harbour. The kiwi being released originated from Ngati Hine country in Northland, where we stay on Waimahae marae. Through that connection we were invited to participate. On that occasion we met the Adsheads and Stazys, who now host us at the small locality of Glorit on the Kaipara, where we volunteer planting trees on their two properties: Mataia and CUE Haven. Kiwi releases don’t happen every year, but since 2014 we have planted several thousand trees, some of which enhance kiwi habitat, while others restore forest cover and repair waterways. You can read about our 2017 efforts at CUE Haven at: https://cuehaven.com/2017/06/15/the-sfs-centre-for-rainforest-studies-13-15-june-2017/

As I make my way to the departure gate at Auckland International Airport, pondering the highlights of the trip, and the experience it offers our students, I am struck by a sign on the wall of an area under-going redevelopment. By 2044, the sign says, Auckland International Airport is expecting to welcome 40 million visitors through its gates each year. That is a very large number of people for a small country. Granted, 2044 is still some way off, and I will be long retired, but I couldn’t help but wonder how many of those millions will make their way north, to the forests of Waipoua. What will they find there, and will they, too, still be able to strain their necks to gaze up in awe at Tane Mahuta?