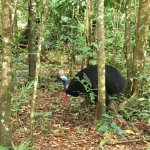 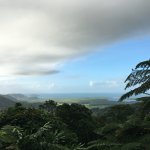 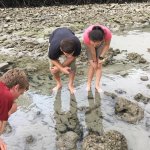 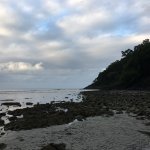 Terrestrial Leeches, Tim-Tams, and the Tablelands

Greetings from Australia! With our adventure-filled month quickly coming to a close, all of us here at the SFS center tucked deep in the rainforest have been soaking up every last moment. While New Zealand exceeded all of our expectations and our ten days there were filled with nothing but fun and beautiful landscapes, our last few weeks back in Australia have held their very own wild adventures.

A few of my fellow classmates could already be labeled “world traveler extraordinaire”, but for most of us (myself included), this trip carried us far outside the comforts of suburban Connecticut, the streets of Brooklyn, sunny Georgia and rainy Washington (to name a few). I imagine the staff has shared quite a few chuckles watching us interact with Australian wildlife for the first time. When many of us were first told about the presence of terrestrial leeches, we all thought to ourselves “oh, we’ll probably only see one or two”. After what was meant to be a peaceful walk through the rainforest left us covered in leeches and screaming like banshees any time a leaf grazed the backs of our necks, we realized Australia does not mess around. Most of the wildlife provides entertainment, though. Some of the boys have taken to catching moths and throwing them into the enormous web of our resident orb spider, and we have three brush turkeys (all named Charles) that hover around, waiting patiently for scraps of food to be dropped. Though snake sightings have been rare, an amethystine python affectionately named Joe wrapped his way around our griddle for a few hours, posing confidently as we crowded around to take pictures.

Free time at the center passes easily with exciting volleyball games, cards, and hide and seek, but most of our days are spent out and about. We had the opportunity to spend a Saturday morning at the Yungaburra markets (imagine farmers market meets art fair), which was prime time for souvenir shopping. At one point almost all 22 of us were crammed in the small Yungaburra grocery store, chattering excitably about the fun, uniquely Australian snacks. The cashier confusingly turned to me and asked, “…why are all of you buying tim-tams?” She couldn’t quite understand why these heavenly, Australian, chocolate-coated cookies were in such high demand. We walked away from the store with our bags full to the brim with tim-tams, gummy snakes, and ginger beer (don’t worry parents, its non-alcoholic). A class favorite is a cracker called “chicken crimpy”. After spending far too much time trying to figure out what flavor “crimpy” was supposed to be, we realized it was named after the crimped edges of the cracker. Plans have already been made to stuff our suitcases with these delectable treats for our long journeys back home. We were able to experience slightly more unique foods as well, as we tasted kangaroo, crocodile, and a dozen different exotic fruits.

In our final weeks here we’ve also had the opportunity to appreciate the beautiful Australian flora and fauna outside the SFS center. On a trip to the Daintree, the largest remaining patch of Australian rainforest, our eyes were peeled for the mysterious and elusive cassowary, a large flightless bird that can grow over five feet tall. Just as we were about to leave Daintree, we spotted a cassowary less than ten feet away from us in the parking lot and stood for what seemed like hours admiring its beauty. Australian natives were amused by our dumbfounded expressions as we rubbed our eyes to double check that a creature like that can actually exist, and that we had the privilege to see it. It was without a doubt one of my favorite moments on the trip. Though we have less than a week left here in Australia, I know without a doubt many more adventures are yet to come. 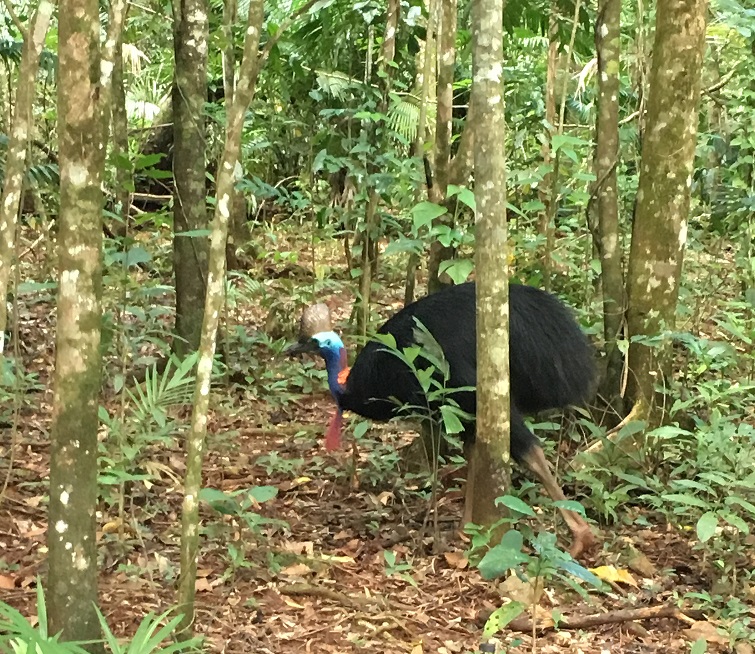 A large cassowary in the Daintree rainforest 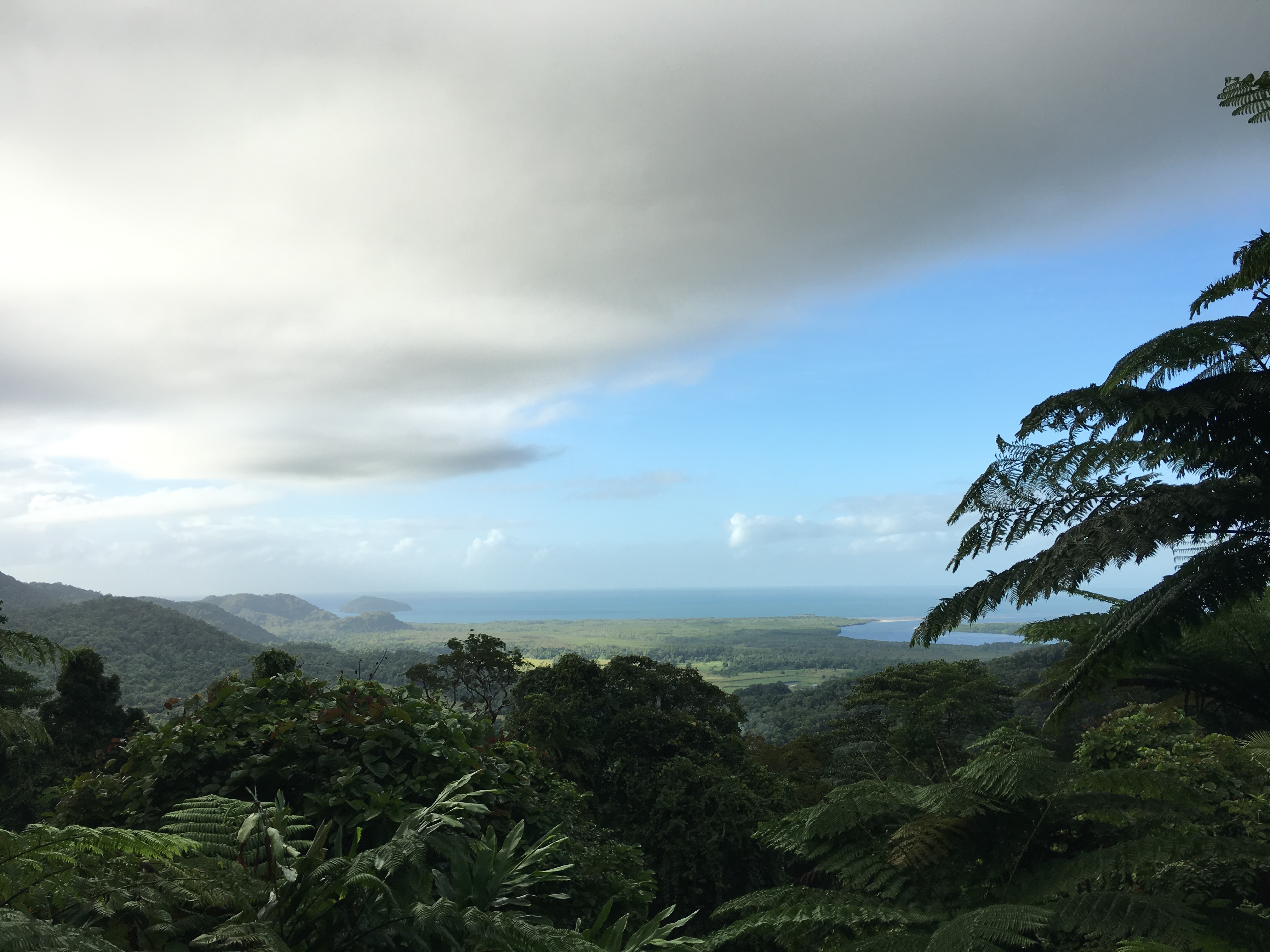 A beautiful overlook of the Daintree 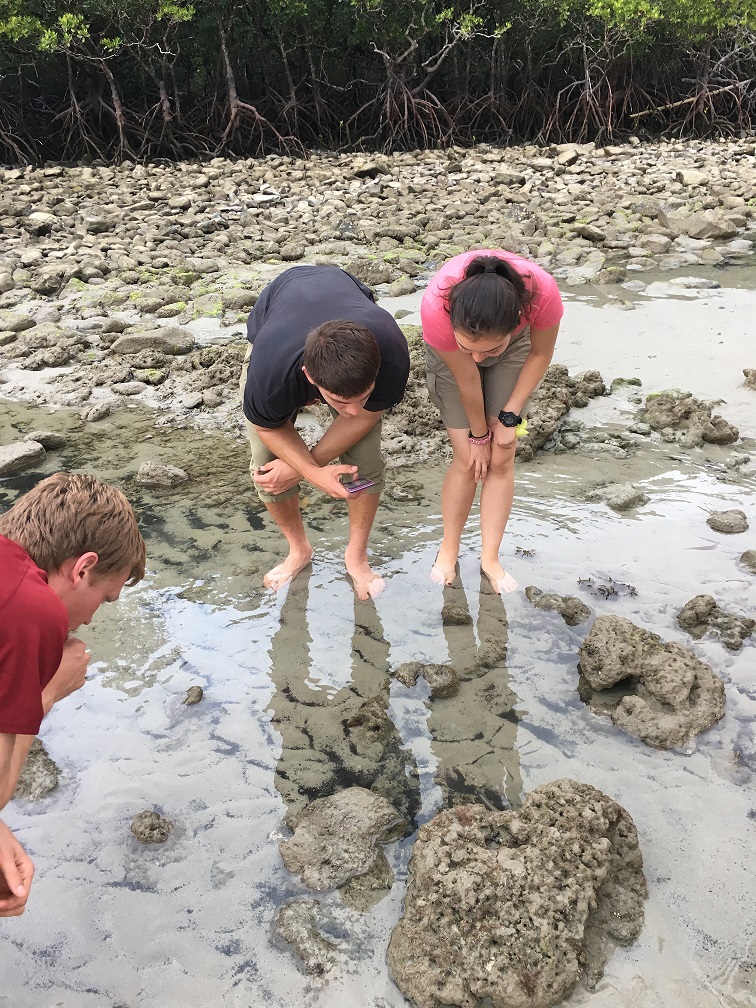 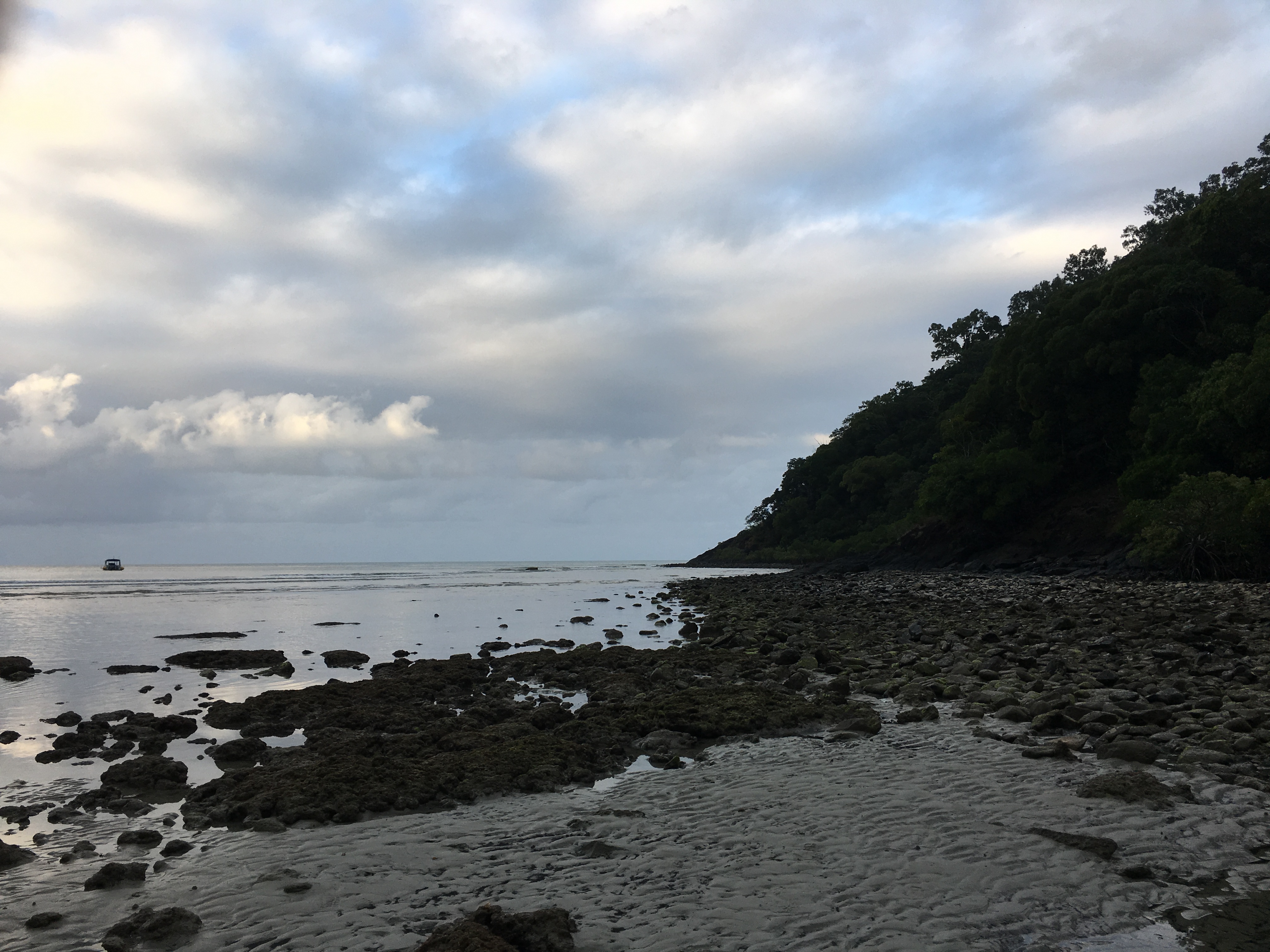 Where the rainforest meets the reef: Cape Tribulation 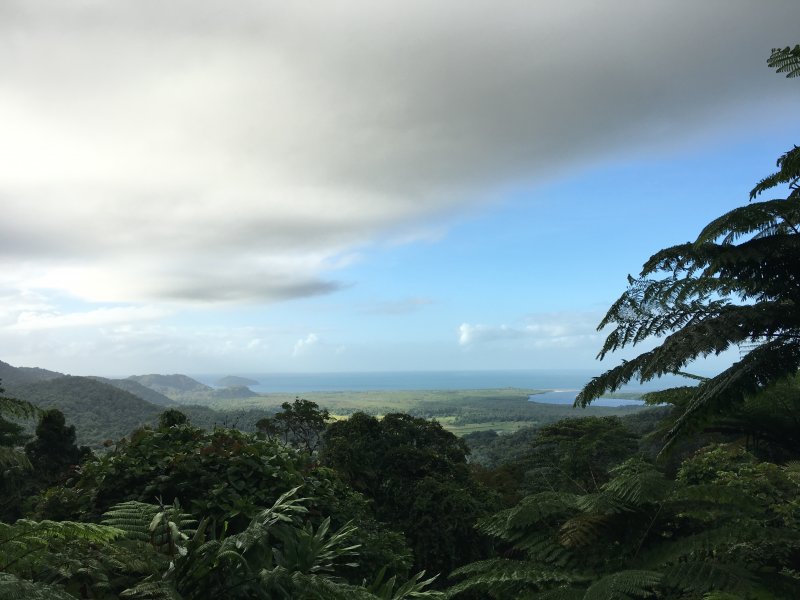 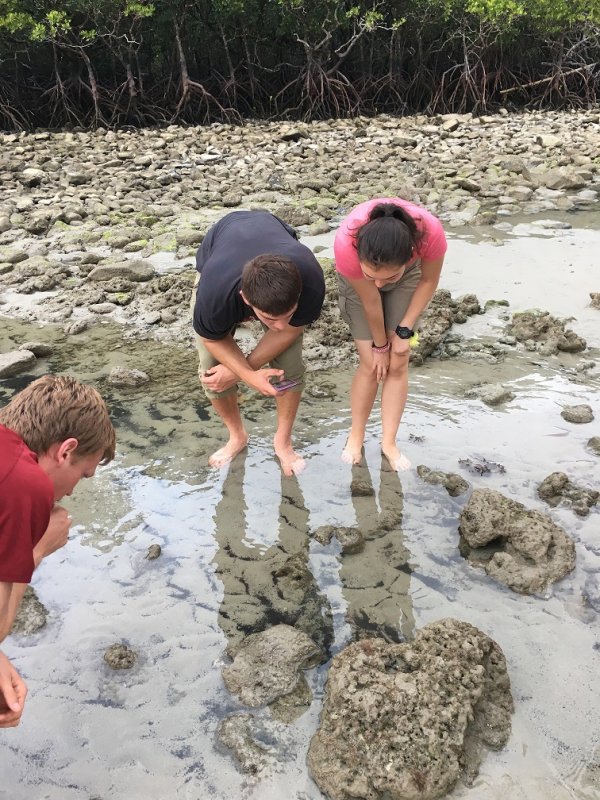 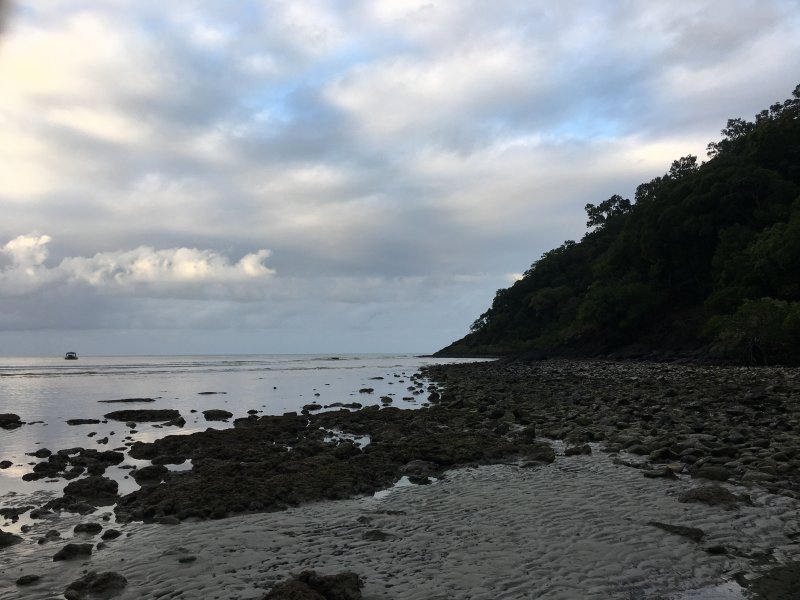