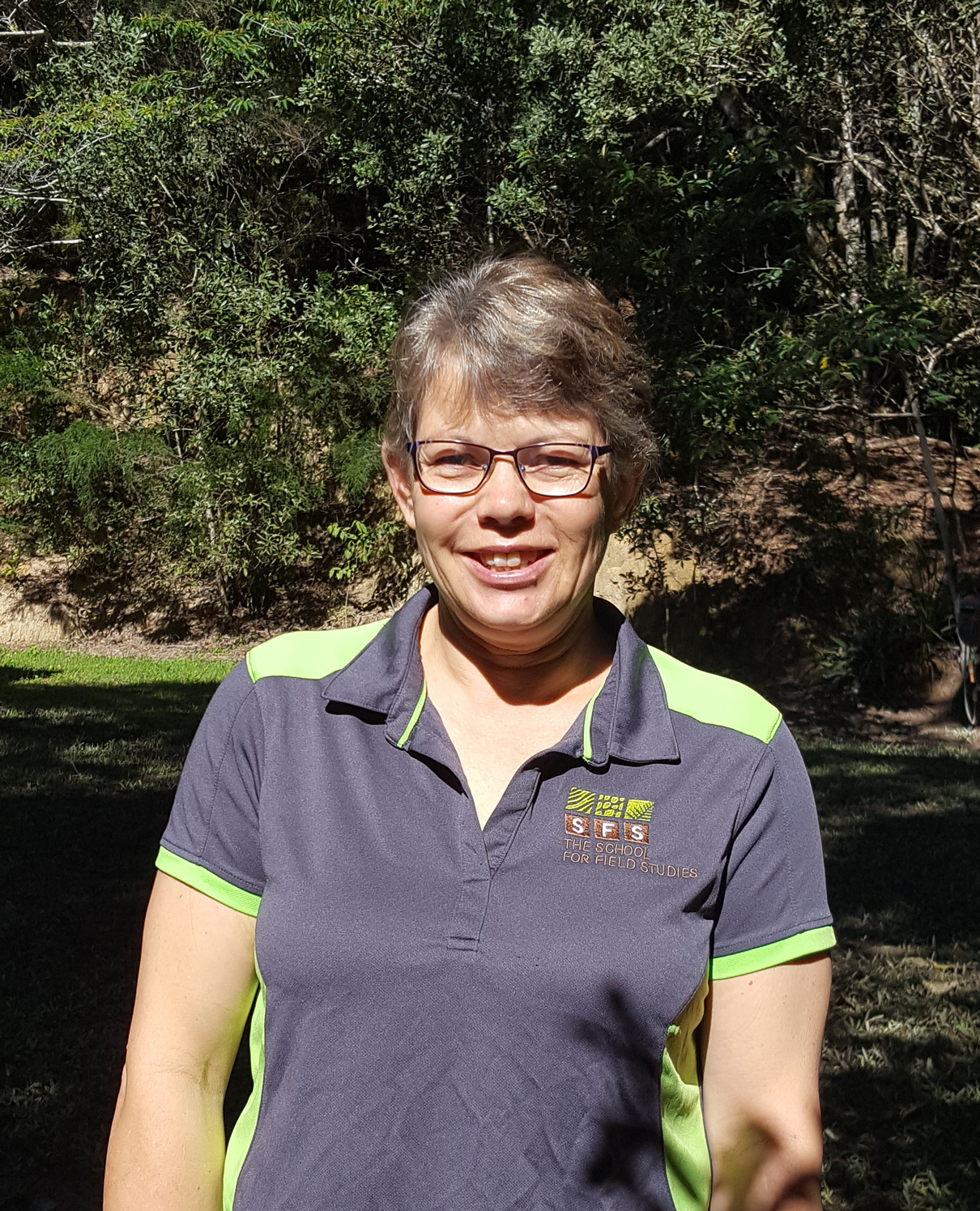 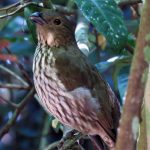 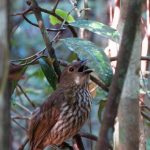 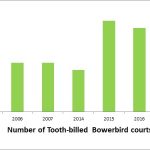 World-renowned for its bird watching opportunities, even listed in the “Top 100 Birding Sites of the World” by eminent natural history writer Dominic Couzens, the Wet Tropics bioregion of Queensland boasts 13 endemic species including its own Bird of Paradise, the Victoria’s Riflebird, and a suite of Bowerbird species. Nine of these endemics are common at our Centre for Rainforest Studies including the Tooth-billed Bowerbird.

Also known as “the stage-maker”, lekking Tooth-billed Bowerbird males clear patches on the forest floor on which they place as many as 180 leaves, bottom side up, in their efforts to attract females. Here they advertise, throughout daylight hours, with strident, ventriloqual calls, at times mimicking a range of other species and sounds. 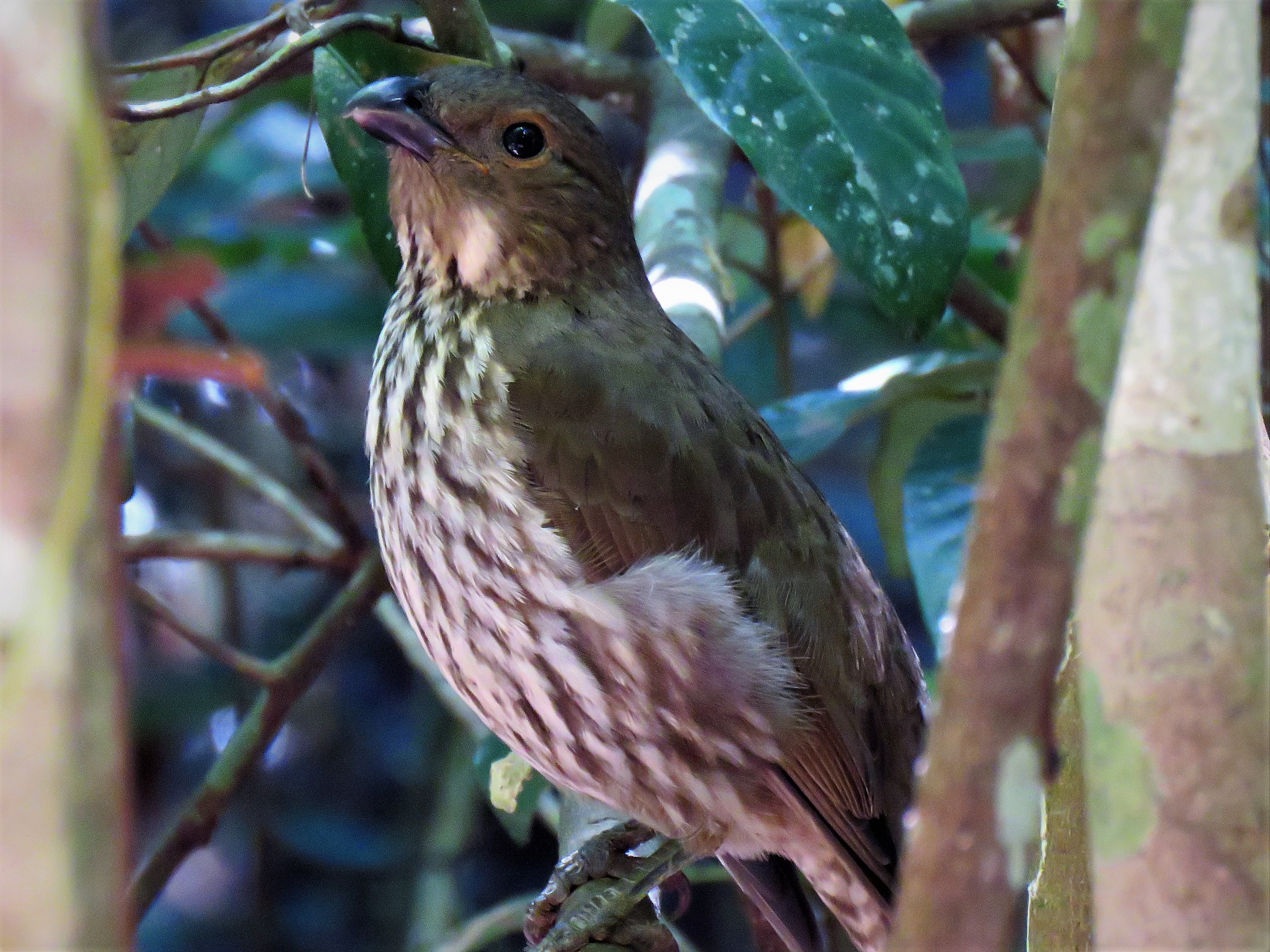 Unfortunately though, Tooth-billed Bowerbirds, as a Wet Tropics upland endemic, are a species that may be vulnerable to climate change. As well as the predicted increases to temperature and changes to rainfall, global climate change may also increase the severity of storm events, such as Cyclone Larry in 2006. Back in March 2006, Cyclone Larry caused some moderate damage to the SFS Centre and had a severe impact on the forest on the site. The numbers of Tooth-bills courting in the following season were reduced overall by 25% and, probably due to the late peak in fruiting that year, their courting season was delayed.

Since 2014, we have been assessing the Tooth-bills’ recovery from Cyclone Larry by investigating court numbers, and the number of leaves on court (a de facto measure of time budgets, linked to resource availability) around the rain-forested ridges of the CRS site and in the adjacent World Heritage Area. In a recent blog post, student Kayleigh McHugh reported on this year’s search for Tooth-bill courts, during the Ecology Field Exercise. Now, the results are in. How many did we find and what does this tell us about recovery from Cyclone Larry?

Overall, the news is good. In 2014, for the first time since the immediate aftermath of the cyclone, we comprehensively re-evaluated the number of Tooth-bill courts. We recorded only 21 courts; one less even than after the storm. We wondered whether resources in the surrounding forest were still recovering from the cyclone, or whether perhaps the predicted impacts of climate change were beginning to have an impact. In a telling demonstration of inter-year variability and the value of long-term monitoring, the 2015 season yielded a higher numbers of courts – 28, only one less than the 29 observed in 2005, before the cyclone. This year we have recorded a few less; 25, but our field exercise was conducted early in the Tooth-bill courtship season and there may yet be another few courts established. Though variable between leks, the overall average number of leaves on courts during our Field Exercise was 25, low compared to October in previous years. This further suggests that the season was not yet in full swing at least in some areas monitored.

The number of Tooth-bill court numbers at SFS-CRS appears to be sustained at close to pre-cyclone levels and we infer from this that they have recovered from Cyclone Larry. We will continue to monitor, during the remainder of this season and beyond, as part of a long-term bowerbird monitoring scheme organised by the Birdlife North Queensland organisation. This monitoring scheme has been established to detect changes in bowerbird populations and distributions that may result from climate change. 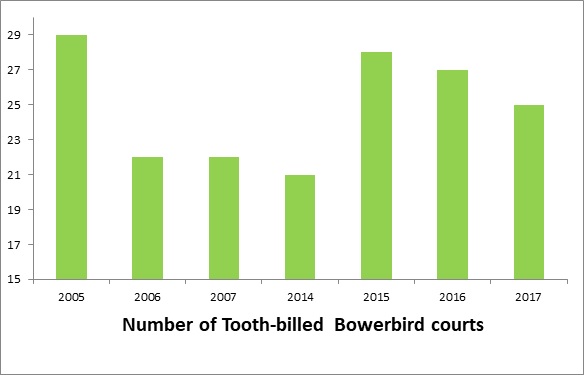 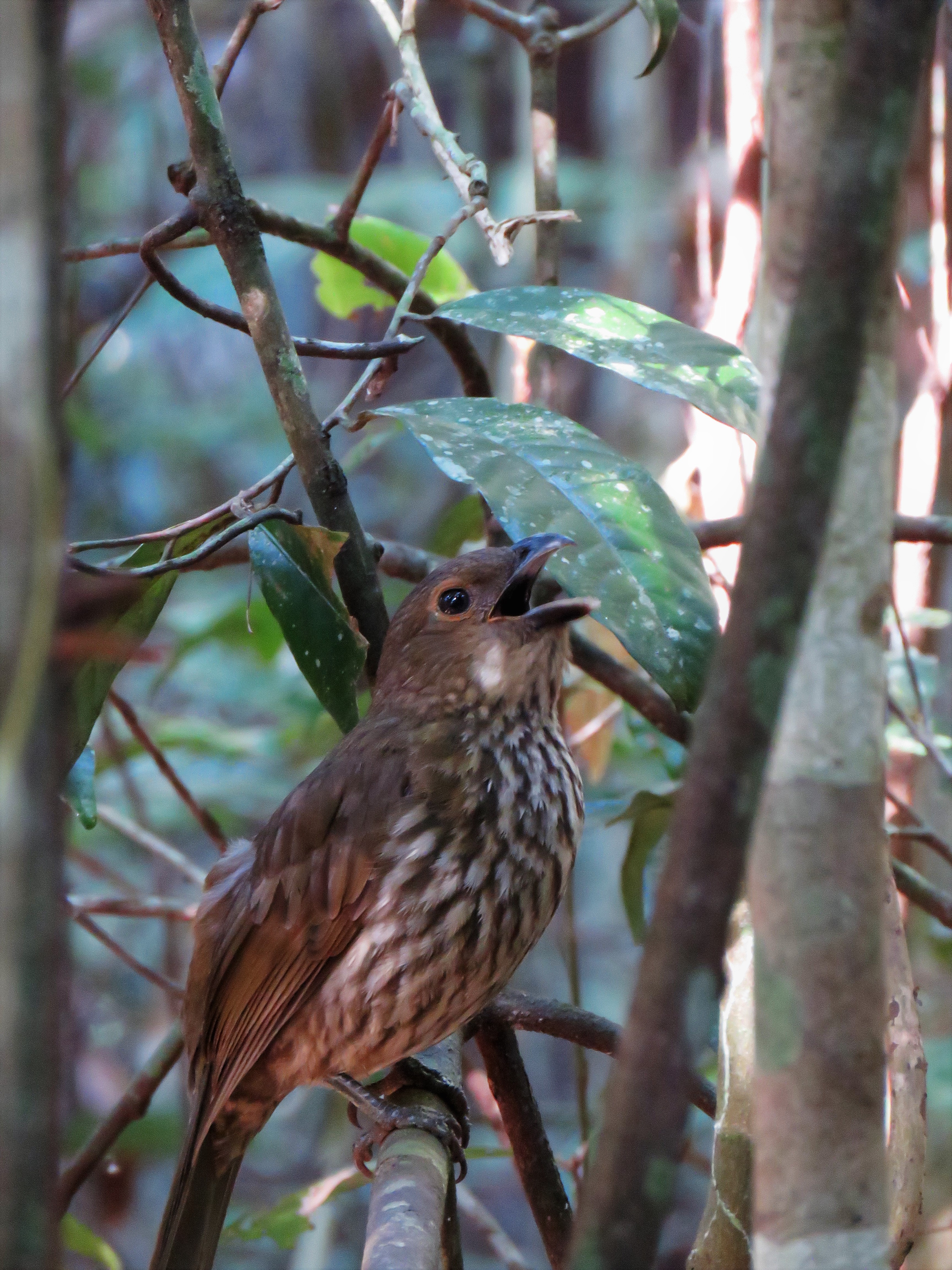 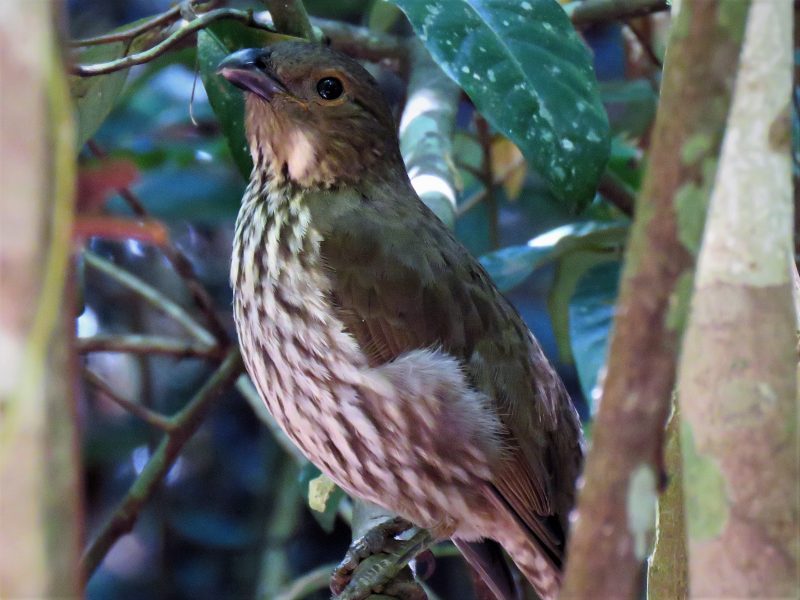 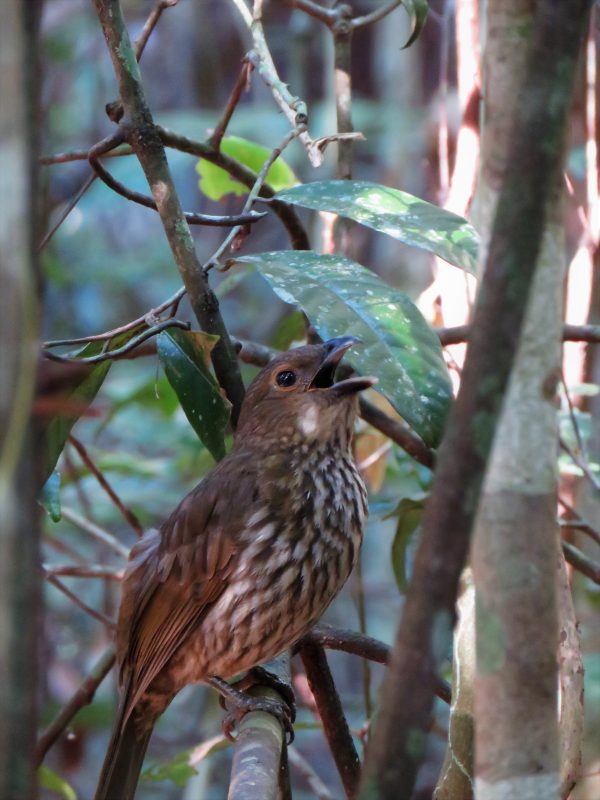