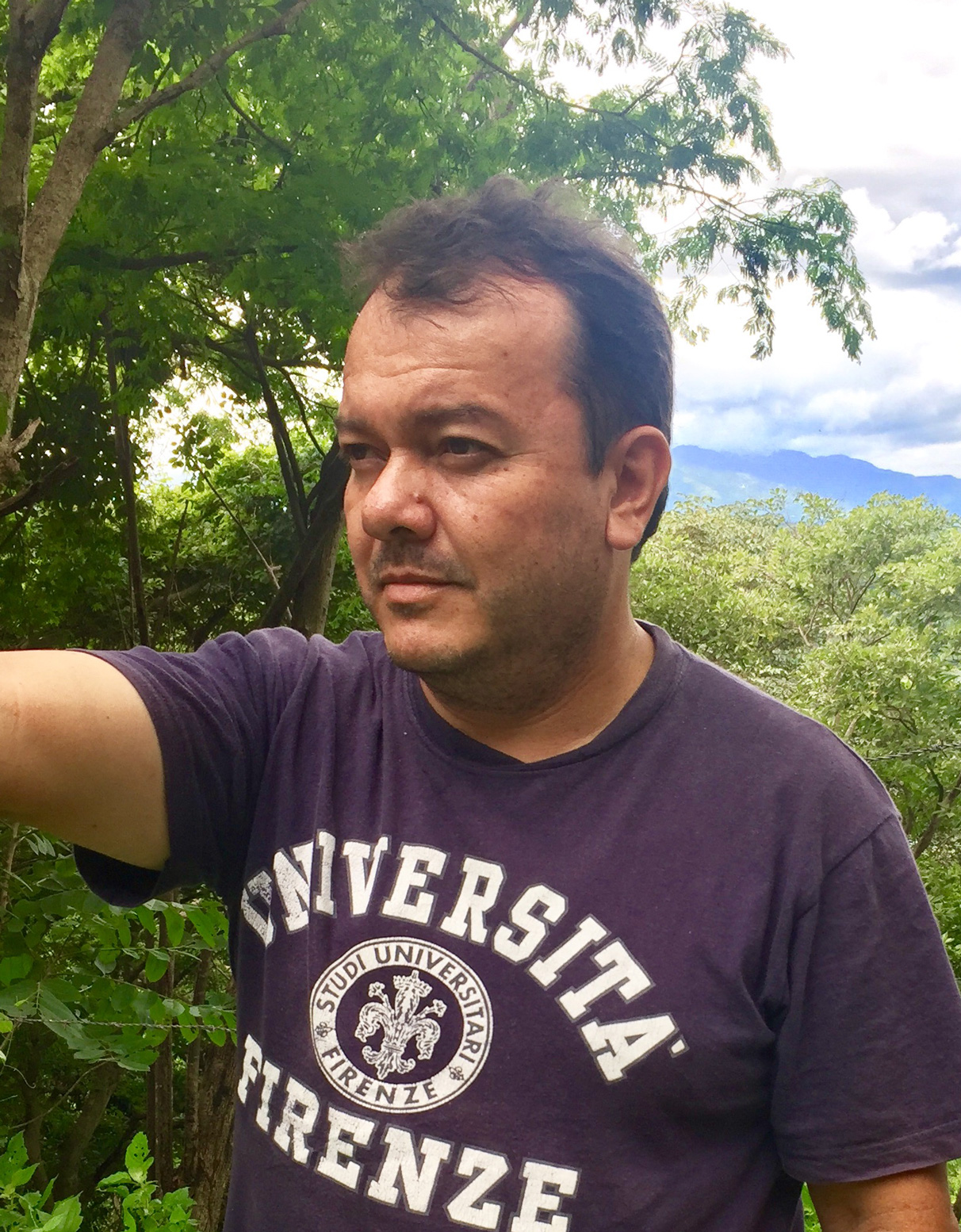 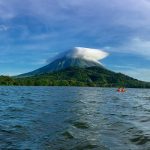 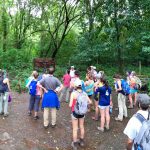 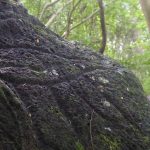 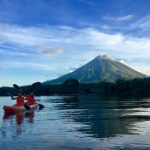 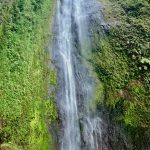 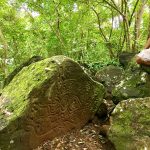 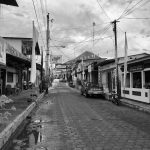 The Challenges of Ometepe

Last week, SFS Costa Rica went to the Island of Ometepe in Nicaragua, which is considered by many to be a tropical paradise and an oasis for peace.

Aside from an impressive landscape, dominated by two volcanoes separated by a narrow isthmus and surrounded by the waters of Lake Nicaragua, Ometepe represents a very concrete example of the challenges and the tensions created by the contrasting resource use of a land that is very fragile. People on Ometepe live a very simple life, closely dependent on having functional ecosystems guaranteeing good crops and sufficient water during the dry season. The island’s economy depends mostly on agriculture. Tourism is emerging strongly but still is concentrated in a few island towns such as Moyogalpa. The fertile soils of this island sustain a variety of crops (plantains, bananas, corn, beans, watermelons, avocados) and the production is so plentiful that neighboring cities in Nicaragua as well as countries such as Costa Rica, El Salvador, and Honduras, come to Ometepe to fill trucks with plantains and other produce. The lower slopes of the Maderas and Concepción Volcanoes maintain premontane forests, and the summit of Maderas is covered by cloud forests which feed an impressive 100m tall waterfall near the San Ramón Lodge. The challenging trails up the volcanoes, the cloud forests, the pristine springs and waterfalls, and the amazing views, are all attractants to visitors from all over the world.

Panorama of Ometepe Island with volcanoes Concepcion and Maderas in view during a morning kayak trip. Photo courtesy of Travis Walker

As if this were not enough, the island has several hundred petroglyphs scattered everywhere, whether in pastures such as agricultural fields or forest patches. These ancient artifacts reflect the mark of the indigenous peoples who colonized the island before Spanish contact. Their complex designs challenge the most brilliant archaeologists, who have failed to decipher their meaning. One in particular, called the Magnificent Stone, is located in Hacienda Magdalena. This most likely portrays the outline of the island with the two emerging volcanoes surrounded by the sun and what appears to be a bird. Circular and spiral designs, anthropomorphic figures and animals dominate other petroglyphs. Its real meaning and context are subject to interpretation, like much else on the island.

Students begin the walk to the petroglyphs with an introductory lecture at Finca Magdalena. Photo courtesy of Travis Walker 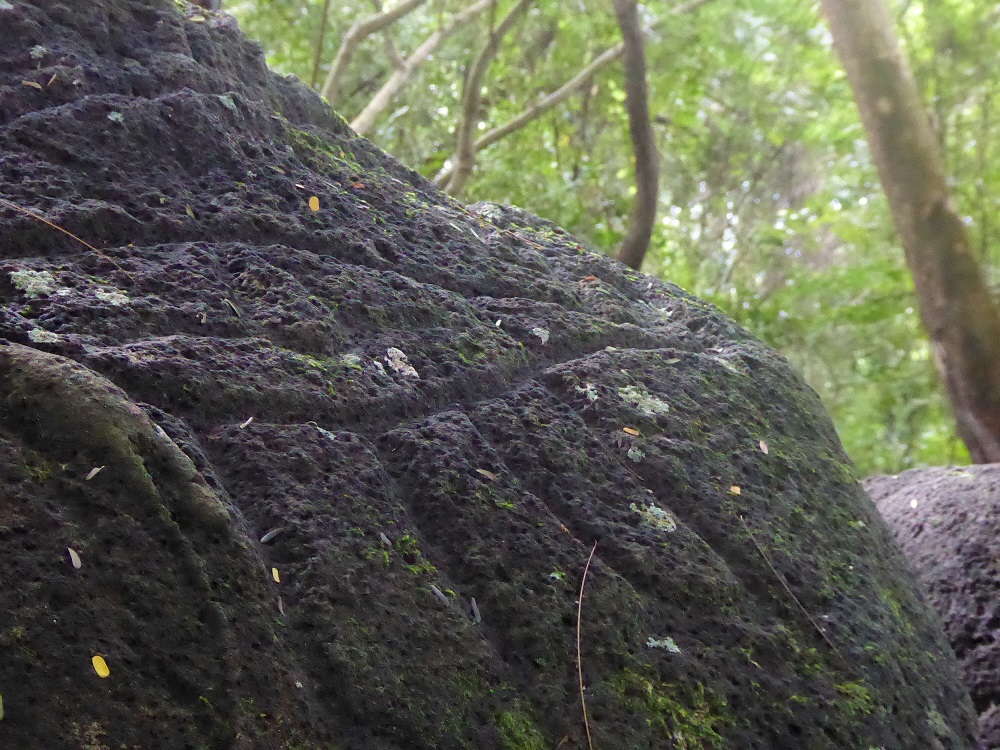 Interpreting the reality of a small microcosm like Ometepe is also a challenge. When we mix the complex geological history that created this landscape, together with the constant human, animal and floristic migration, and the current cultural, economic and social challenges of Ometepe today, inseparable from a very strong cultural heritage, and analyze the impact of tourism, climate change, and imposed political decisions such as the supposed project to build a interoceanic canal that would change everything, the question that arises is whether sustainability could provide a balance between all competing interests and challenges. The understanding of complex problems in the interface of the use of natural resources is undeniably subject to interpretation.

We hope that the people of Ometepe can interpret the complexity of the petroglyph they have at hand, and make the right decision in the near future since the challenges are many. We also hope that they learn from other people’s mistakes, not just their own, and direct the island towards a future that is fairer for all. Our students were exposed to this immense complexity, not with a discouraging approach that problems are too big to be solved, but rather with the conviction that a multidisciplinary approach is necessary to understand complex problems in a way that is culturally, economically and ecologically sustainable and that the solutions depend on a concerted and sustained effort from all parties. 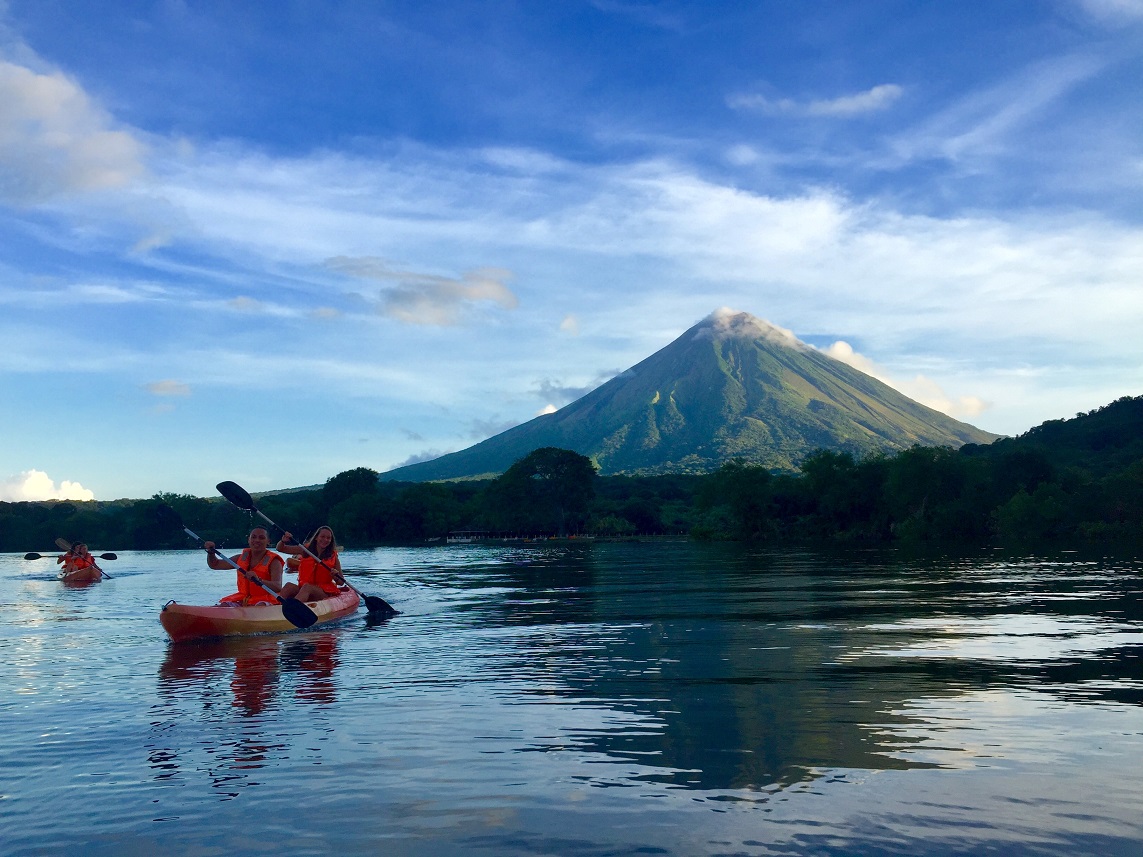 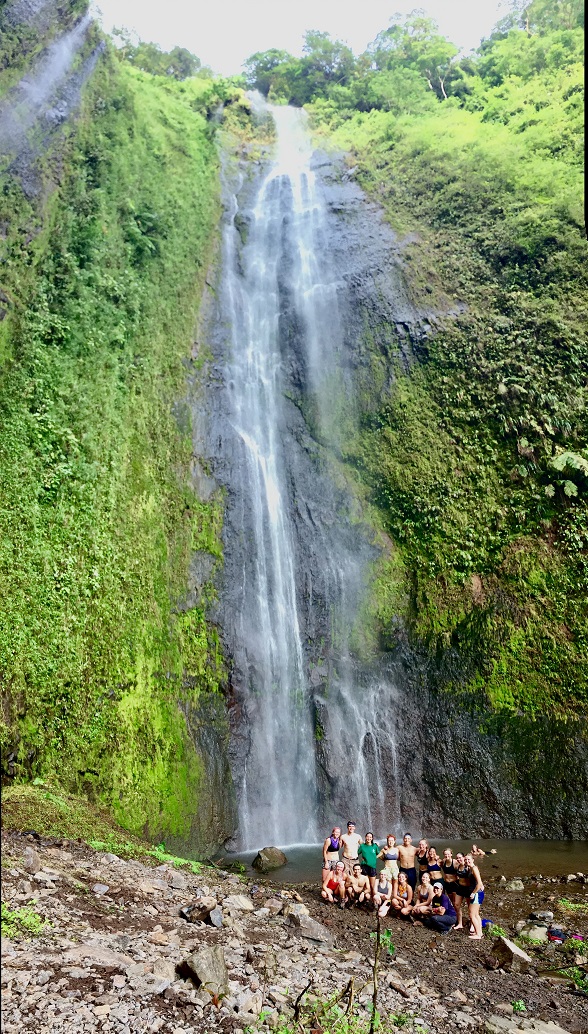 Students pause to refresh in the waterfall bath after a long hike near the San Ramon Lodge. Photo courtesy of Travis Walker 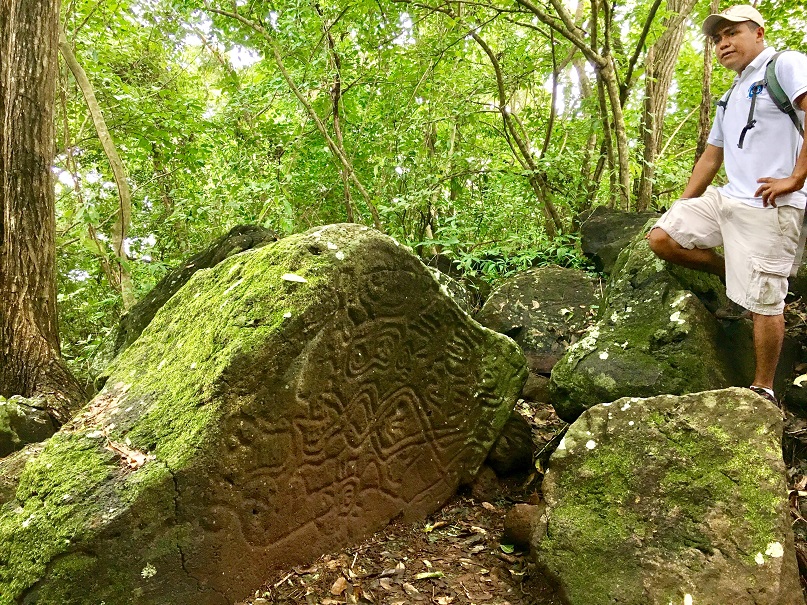 Petroglyph in the forest. Photo courtesy of Emma Waugh 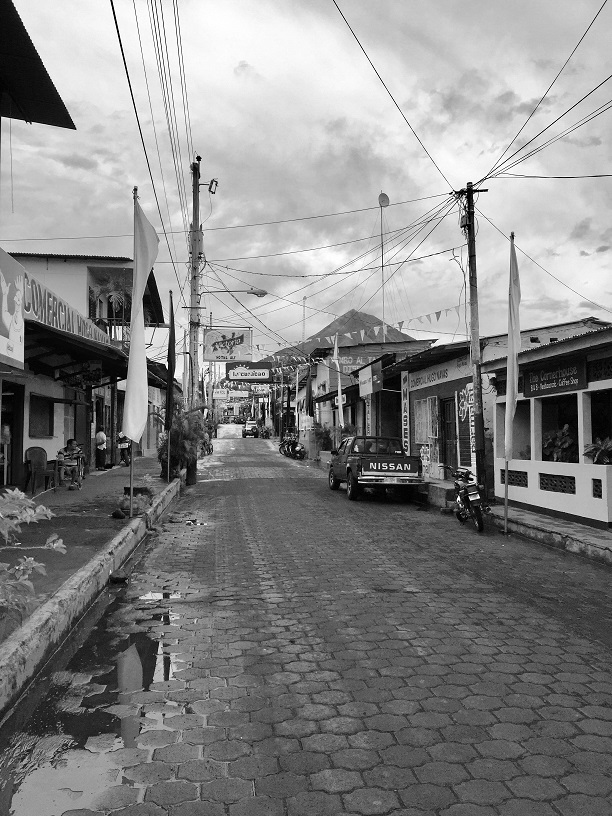 Downtown Moyogalpa with Volcano Concepcion in the background. Photo courtesy of Travis Walker 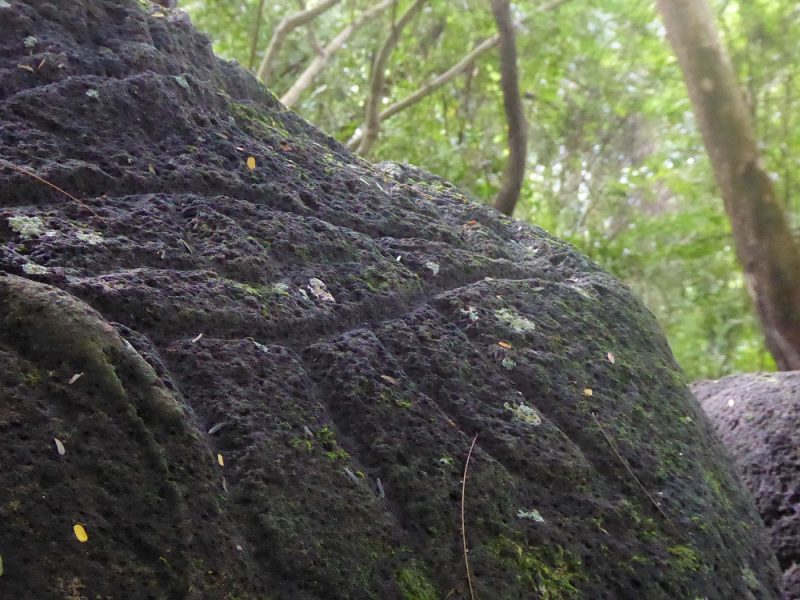 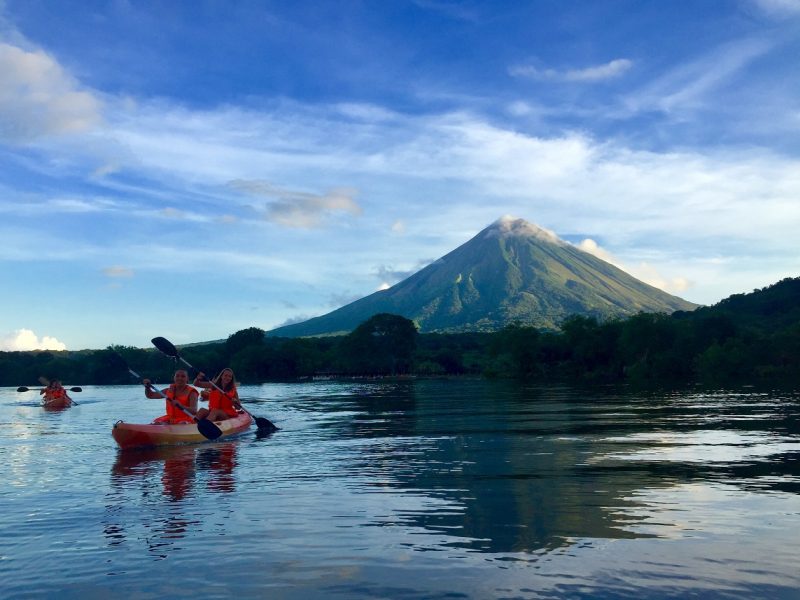 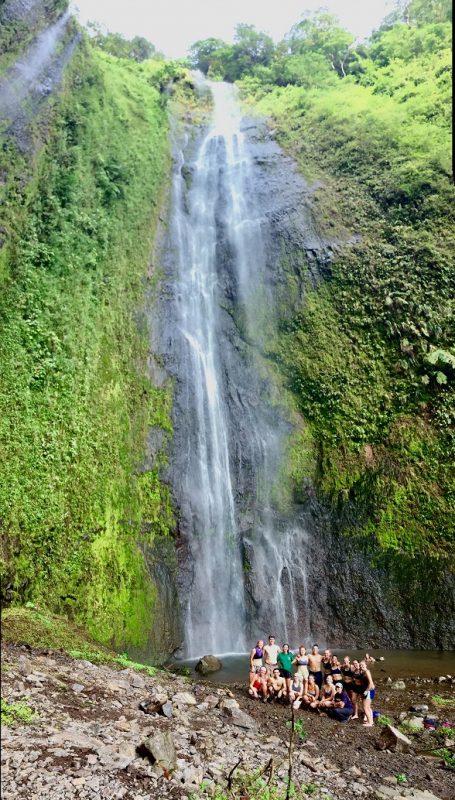 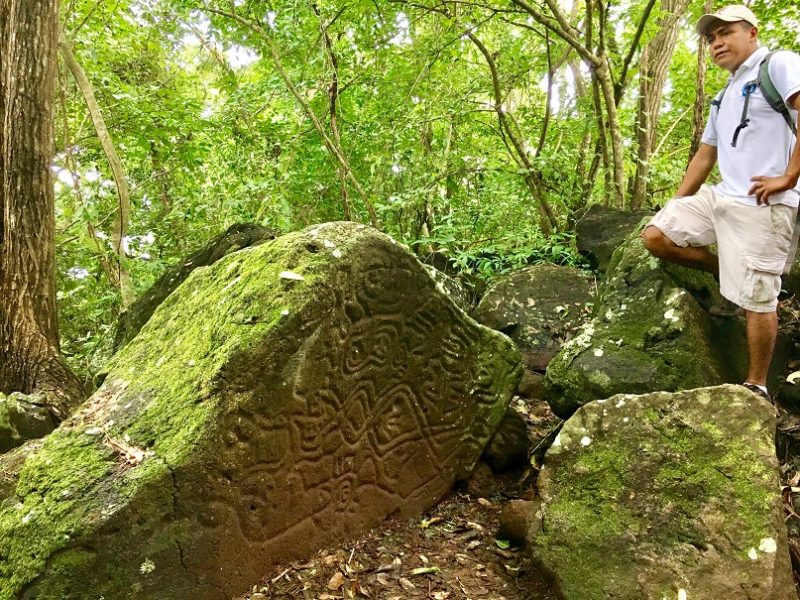 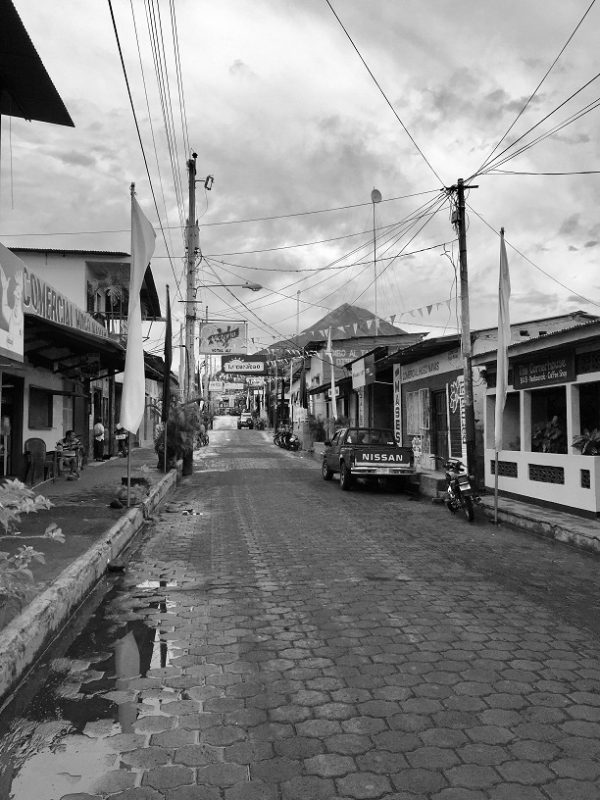