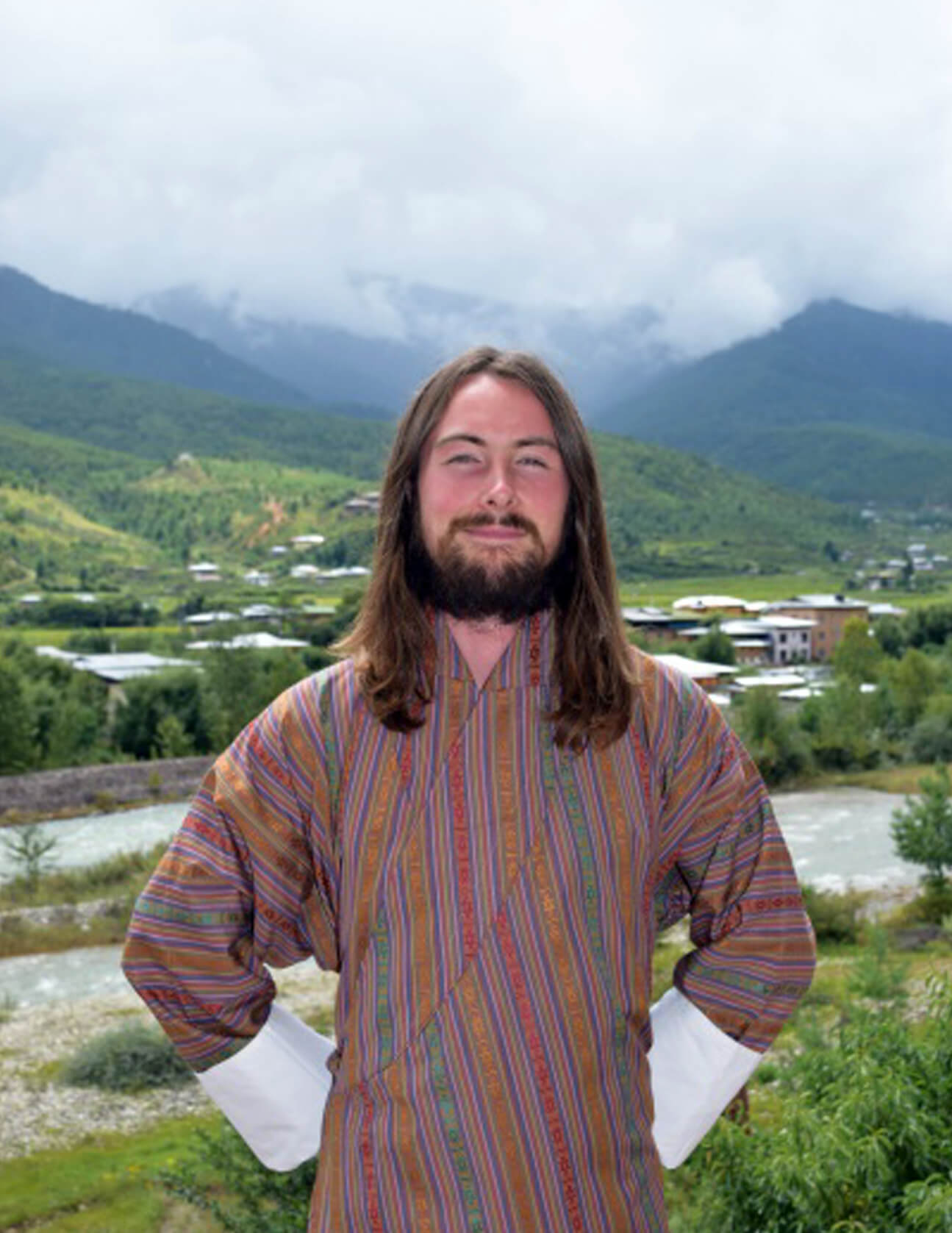 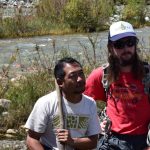 As the fall semester comes to a close, we asked student Finley Tevlin to share his final thoughts and impressions of the Bhutan program:

What did you like most about the SFS experience?
What I liked most about the SFS experience is the feeling that I’m not just a tourist. I feel like I received invaluable academic and cultural experiences through my classes, Directed Research, and just interacting with people, but I’m also giving back in the form of well-documented research on a topic of particular concern to this place at this time. It feels like a win-win, and it makes me happy that it’s going to continue with the next round of students to come.

You’ve been in the country for a full semester – tell us your impressions of it now.
After being in Bhutan for three months and change, it has really started to feel like home. The things which amazed me at first — the mountainous country, the timeless temples, the long darts, the toothless old men and mangy dogs — are all still just as incredible, but they shock me less. I think also that when I had just arrived, I half-expected to find a slice of heaven — some hidden kingdom where everyone is truly happy, and the natural environment and culture are flourishing. I suppose I have a more mature view on those things now. Now I see a small country with the same human problems as most developing countries, but with tremendously special culture and environment, and in the unique circumstance of taking an active and preventative stance towards development. That’s what makes it so precious to me.

What is life at the field station really like? What are the best and the most challenging parts of living at a remote field station?
Life at the former Galling Resort is the best. I have often thought of it like living in a monastery. An impressive, castle-like structure where all my peers and professors live together, learn together, eat and entertain together. No one is ever more than a loud holler away. It’s got all kinds of little nooks to hide in, and places to play. It’s got the mountainside right out the back door, and one of the larger urban centers in Bhutan (which isn’t saying much) just down the road. So, to me that’s the best of both worlds. The only really challenging parts are the erratic electricity and plumbing, and the uninvited roommates (bedbugs and rats) from time to time. But hey, rustic is what you signed up for, and offerings to the local spirits seem to be helping.

What ended up being your biggest challenge this semester both academically and culturally?
My biggest challenge this semester academically was Political Ecology. It’s a subject which I probably couldn’t have told you what it was even about before we started, and whose discourse is structured in a way that doesn’t necessarily match up with how I normally think. The class was significantly more challenging than all the other classes, but in the end, it stretched me the most, and because of that, I probably got the most out of it.

Culturally, I had very little trouble growing accustomed to sitting cross-legged on floor and drinking tea at all times of the day, but probably had the most trouble with not whistling. I’m a whistler by habit (often subconsciously), and though I was never scolded by anyone other than myself, it took me a while not to do it, especially outside at night (where I might conjure the demons).

What is the best memory you have from the semester? Give some highlights.
The memory which stands out most from all the others during the semester is circumambulating the inner temple of one of Bhutan’s most ancient Lhakhangs; Jambay Lhakhang in Bumthang. The place was surrounded by friendly old folks spinning prayer wheels who seemed not to have any plans other than praying all day, and inside, two small monks teasing each other and going about their duties, ignoring us chillips (foreigners). The stone doorstep to the inner sanctuary was worn down to the floor by the passing feet of more than a thousand years of worshipers, and the dark passageway through which I walked had large stones fitting together like an ancient puzzle, all worn down together into a slight bowl shape. The paintings on the walls of countless gurus whose names and deeds were probably only known to the highest of rinpoches (enlightened teachers), were faded into black like an underdeveloped picture, from the soot of a million incense sticks. I came out the other side and received my blessing from the lama not knowing what century it was.

Give three adjectives that best describe how you are feeling right now.
Learned, blessed, GNH-ified 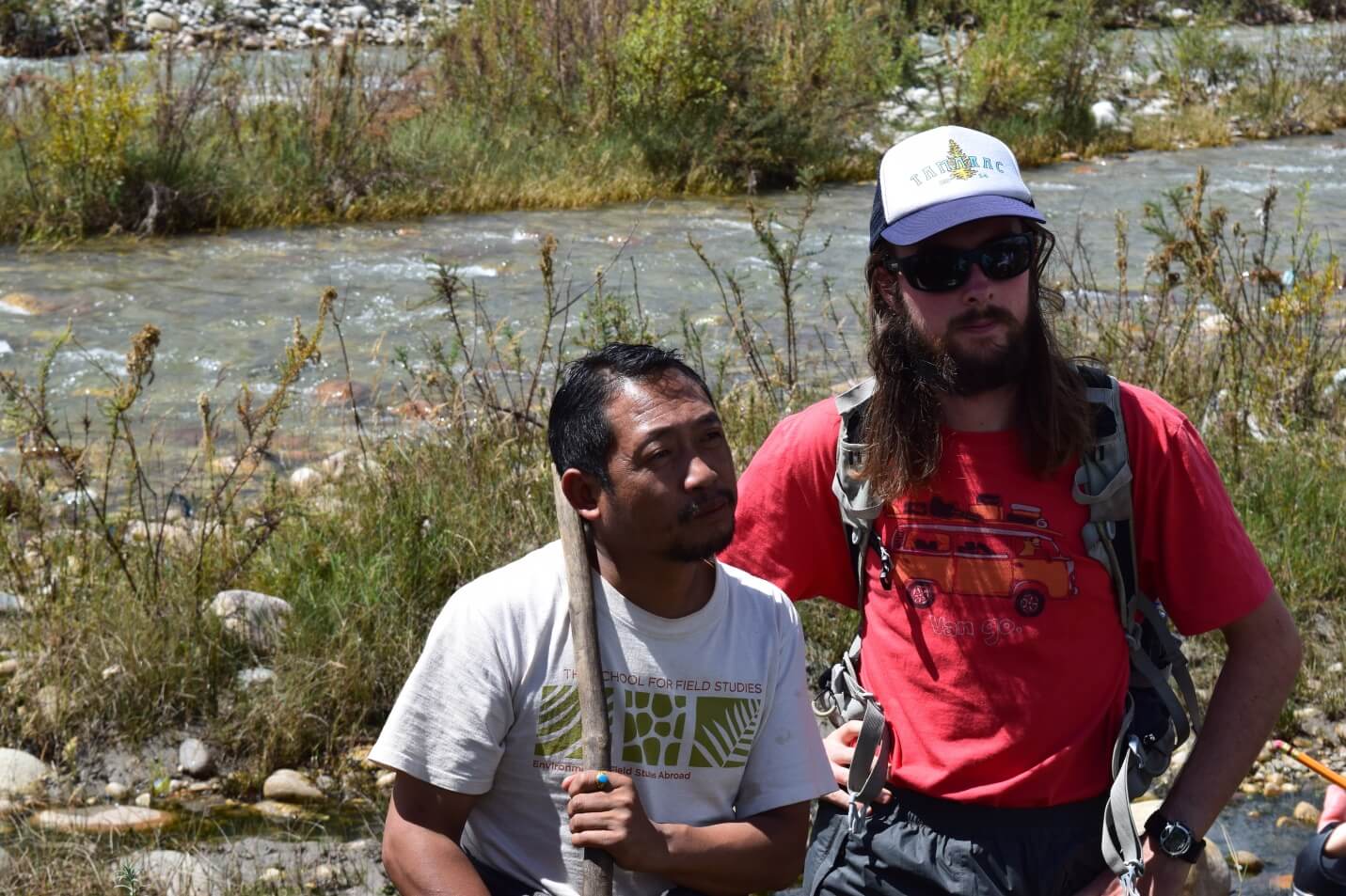 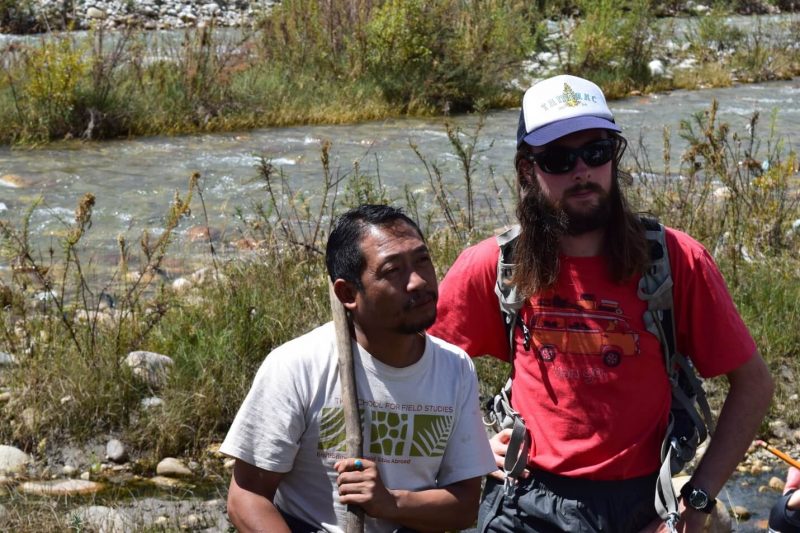