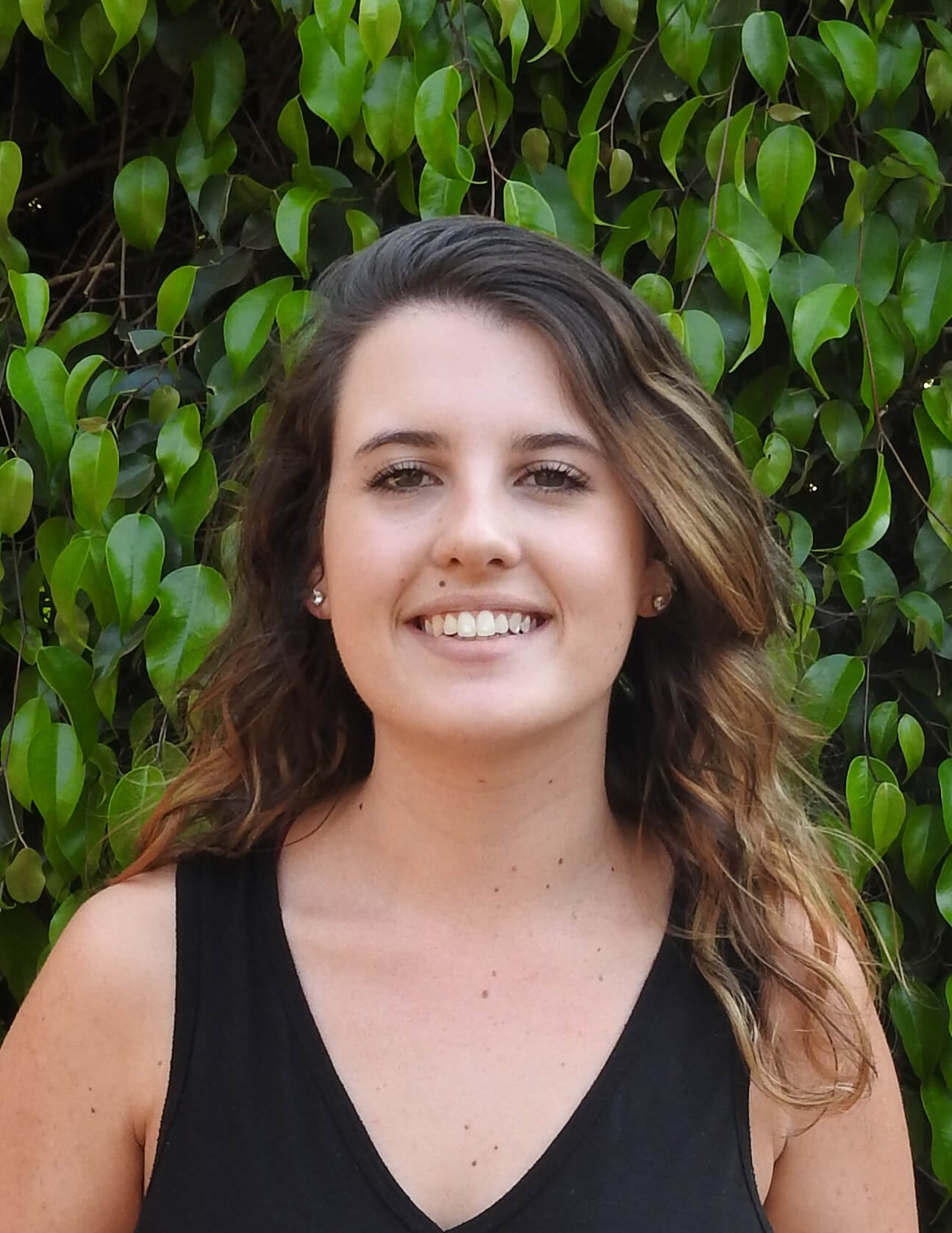 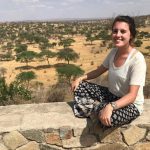 At the beginning of the fall semester, we asked student Michelle Latzer about her first impressions of Tanzania. Now, as the semester comes to a close, she shared her thoughts with us again.

What did you like most about the SFS experience?
I really enjoyed the authenticity of living and studying in Tanzania through SFS. We were able to see how the people of Tanzania actually live, as well as real issues the population faces. We also had a close relationship with Rhotia and surrounding communities, which made it easy to explore and learn about daily life. I also enjoyed the positive reputation SFS has in Tanzania. We were able to partake in amazing research studies and present our findings to the community, as well as influential members of the government and other stakeholders. This let us give back to the community that had given us so much, and provided us with an opportunity to share what we had discovered with people who could actually utilize this information.

You’ve been in the country for a full semester – tell us your impressions of it now.
Tanzania is a one-of-a-kind place. I think that is the easiest way to describe it. The country is quite peaceful, as well as extremely friendly to its guests. I have never felt so welcome in a place until I came to Tanzania. It is impossible to walk into town without having a few passing hellos, sometimes even have the local children run up to you to hold your hand. Tanzania is also absolutely beautiful. The greens are so green, the blues so blue and the pinks so pink. The animals are even more stunning than National Geographic could ever depict. Every day I was exposed to something new and exciting. Tanzania is definitely a place to visit if you have the opportunity, it will change your life.

What is life at the field station really like? What are the best and the most challenging parts of living at a remote field station?
Life at Moyo Hill was quite unique. It really reminded me of summer camp in some ways. There are always things to do and people to be with. The power goes out quite frequently which was challenging. This meant we had to learn how to take cold showers (during the hottest part of the day is recommended) and occupy ourselves without power. We played a lot of card games and made plenty of friendship bracelets (see, it really is like summer camp). The best part was how close we got with our community. We were able to easily explore Rhotia, and build relationships with local people. The students also became very close with the staff as well as each other. It will be very hard to say goodbye to our beloved field station.

Culturally, it was hard being a woman in Tanzania at times. Social roles are very different here, and men and women each play their role in society. It was important to understand the cultural differences while being here. I appreciate that I was able to experience the different culture, and see the differences in our societies, but it was very hard to get used to when I first got here.

What is the best memory you have from the semester? Give some highlights.
Our camping trip in the Serengeti is not only the best memory of the semester, but the best experience of my life. The animals were everywhere and so active! We were able to watch a leopard stalk a group of wildebeest, using cars to hide. We saw countless lions interact with one another, as well as little cubs running around. The hippos were quite funny, watching them swim, play, and yawn in the water. All the animals were incredible, and I kept having to remind myself that it was real and I was actually seeing these creatures with my own eyes.

The biggest highlight of the Serengeti, however, was on the second to last day. We were driving from a lodge after a nice afternoon of swimming. As we left, while the roofs were open, it began to downpour. Since the short rainy season had just began, we had been used to a pretty dry climate and welcomed the rains with open arms, refusing to shut the roofs. The heavy rains felt so nice, and watching the environment soak up the water was even better. We were even able to see a few frolicking wildebeest, (if you haven’t seen wildebeest react to rain, look it up. Their happiness is overwhelming.) Even after a car or two got stuck in the mud and we had to work for an hour to get them out, everyone was still having the time of their lives. The carefree reaction to the situation made us appreciate our surroundings and and the constant surprises nature had to offer. The icing on the cake was when a group of about 30 elephants were blocking the road, browsing and drinking from a stream. Watching the large group interacting with another in the rain after everything we had been dealing with made you appreciate the Serengeti even more. I can say with confidence I will never have another experience like I had in the Serengeti, and I am forever grateful for it.

Give three adjectives that best describe how you are feeling right now.
Proud, nostalgic, bittersweet 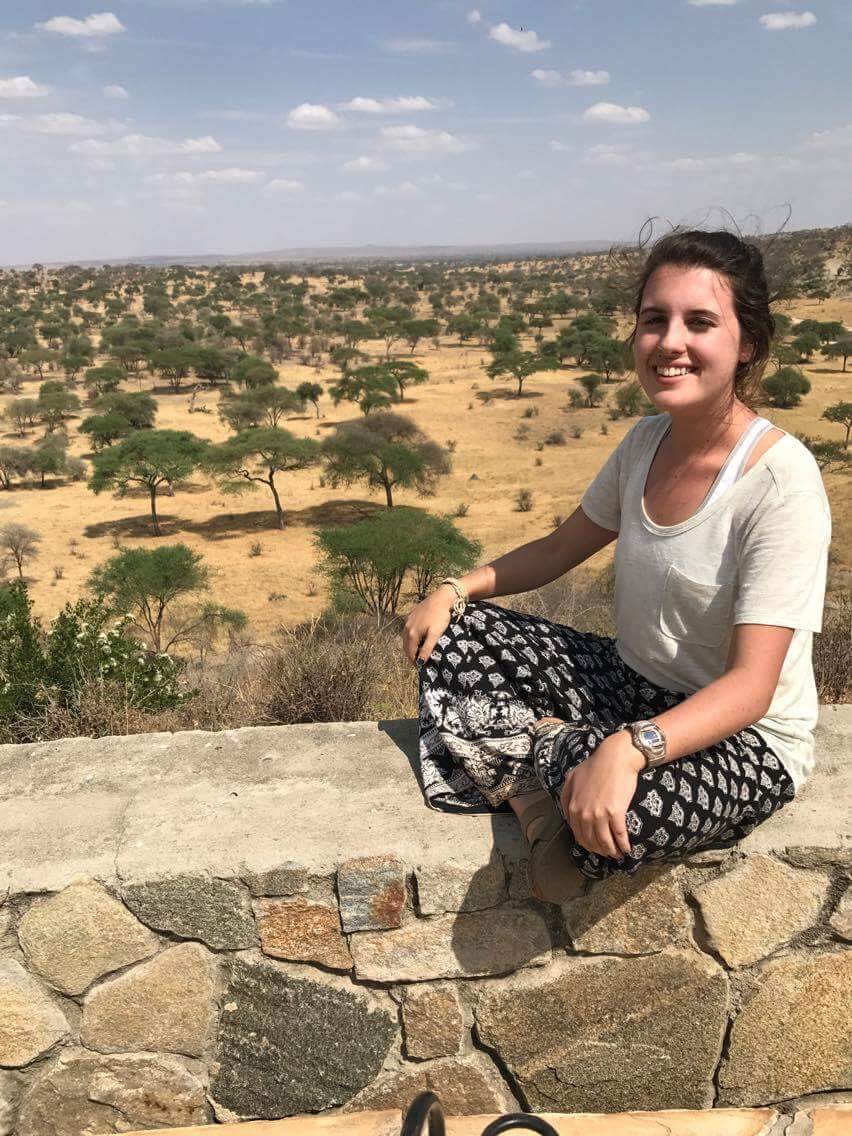 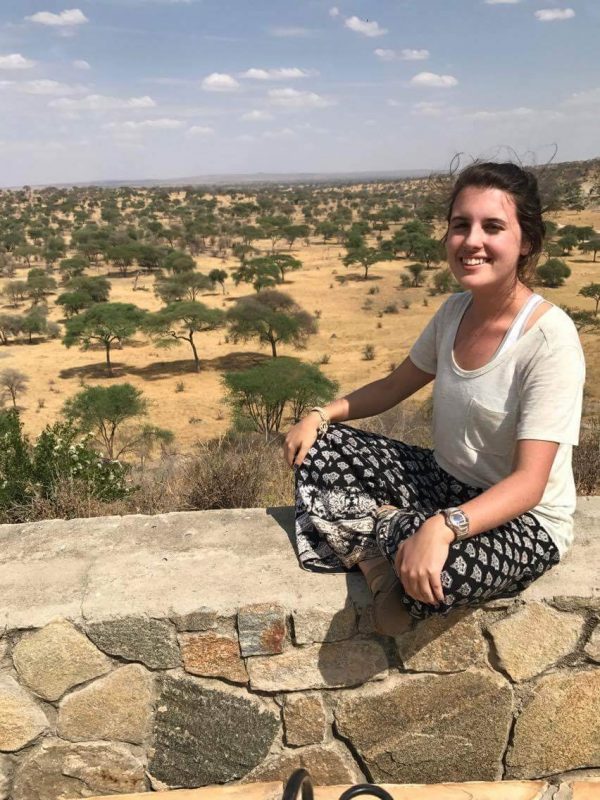