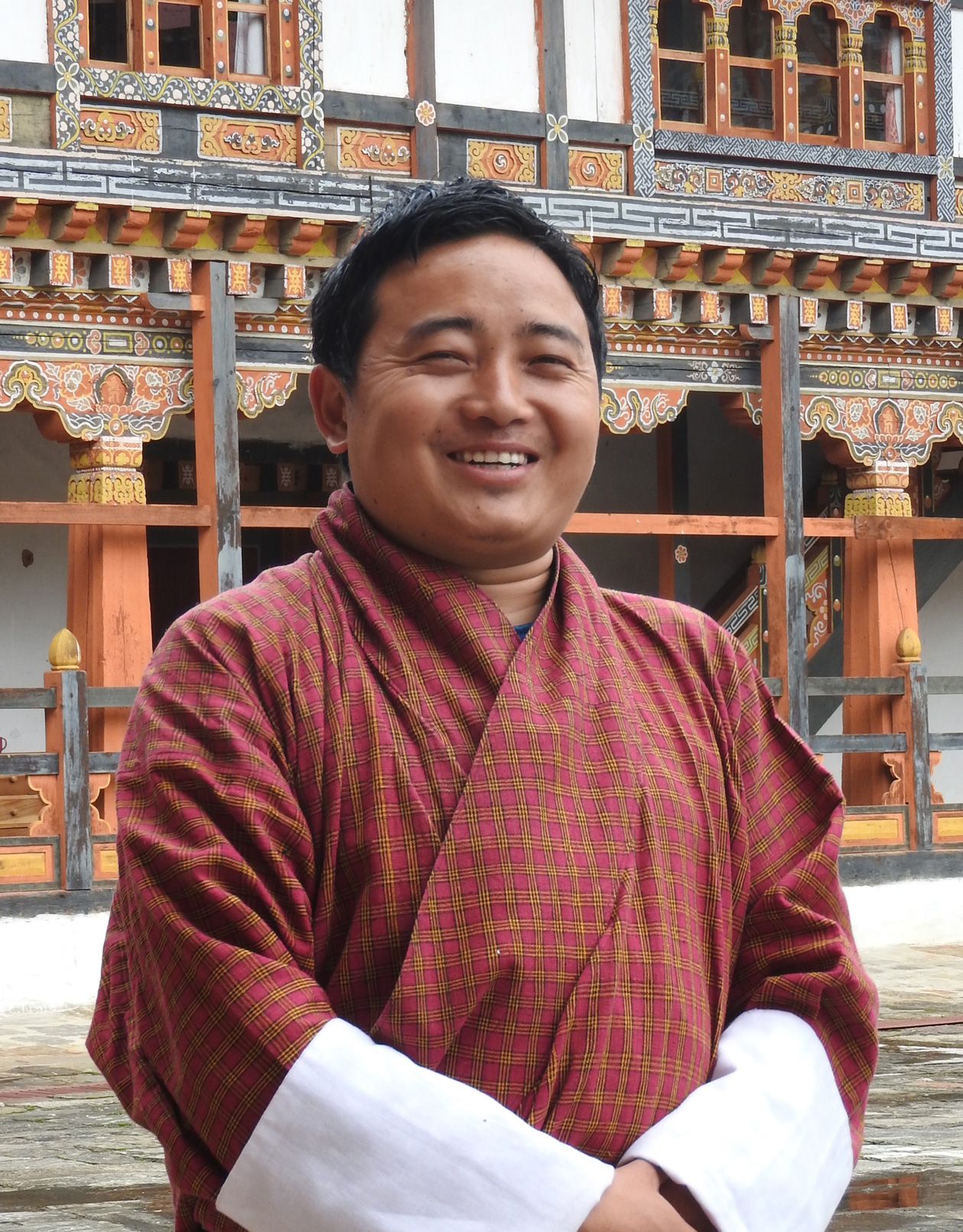 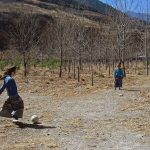 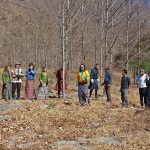 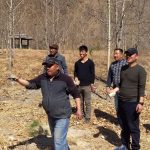 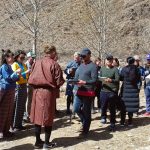 In Bhutan and across the Tibetan Buddhist world people celebrated Losar on February 17th, 2018. Losar marks the new year in the Tibetan Buddhist calendar and according to the zodiac calendar, this year is the Earth Male Dog year. To celebrate SFS students, faculty and staff joined in for a weekend of feasting, games and activities after a busy academic schedule.

We began our Losar celebrations on new year’s day, with a traditional Bhutanese breakfast of Thup (rice porridge), Azay (fresh chilies and cheese), Bhutanese red rice and Suja (butter tea). Following breakfast we learned about the foods we ate and how they relate to Bhutanese culture and tradition, and then joined in a discussion of how people celebrate Losar across Bhutan and Tibet.

Following class everyone joined in for an afternoon picnic along the Paro chhu ‘river’ dressed up in their finest clothes – men in ghos and women in kiras – Bhutanese national dress. Beside the tumbling river we ate even more delicious Bhutanese food and played soccer and frisbee in the sunshine and cool breeze of the mountain valley. 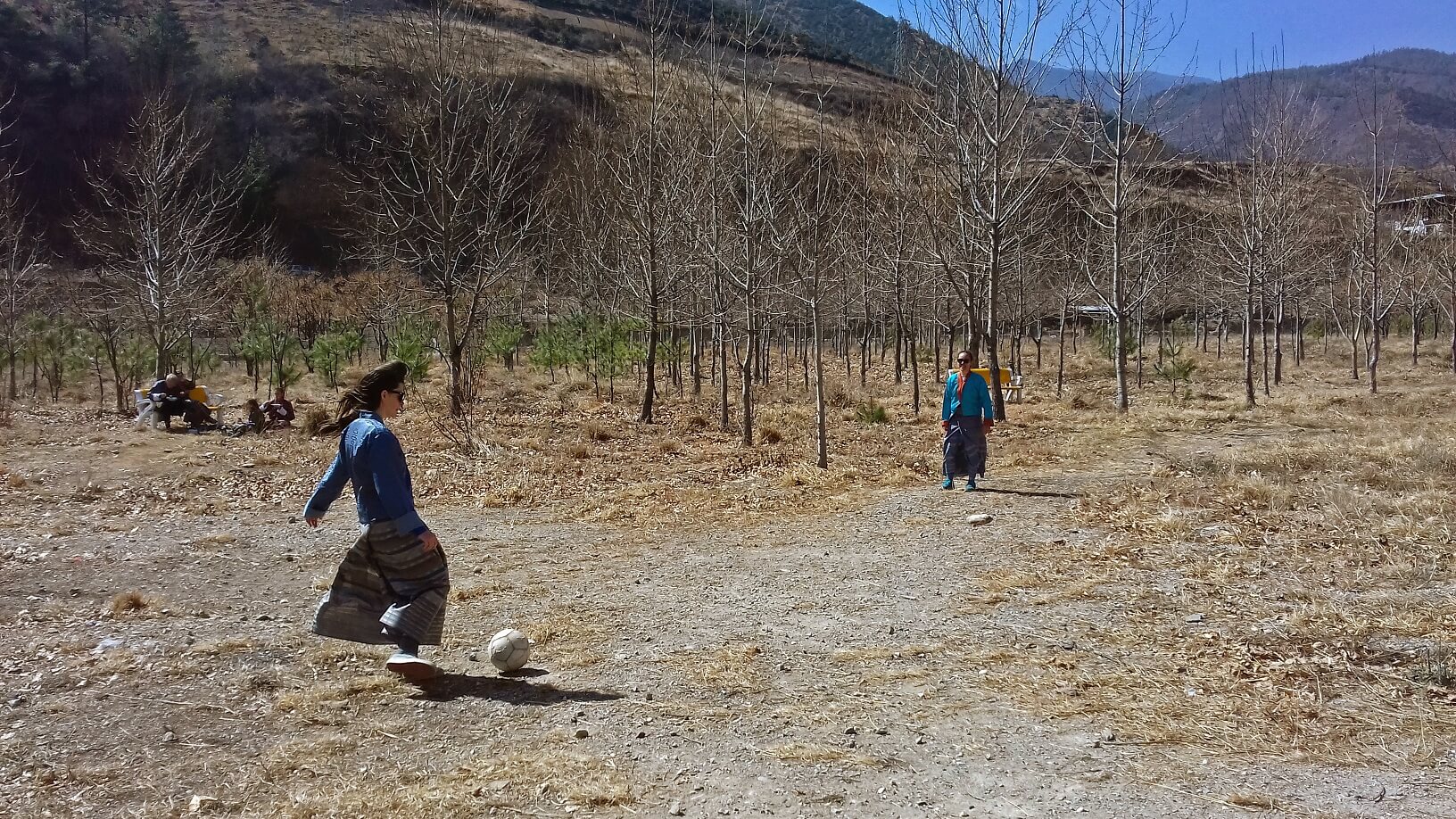 A Losar picnic provides an opportunity for all kinds of outdoor activity!

During Losar it is typical for Bhutanese people to join in archery matches, darts and other sports including ‘Degor’ – a game involving two flat, round rocks in which you try to hit a grounded target, much like playing horseshoes. Guided by the local faculty and staff, students learned how to play. At first some of the students were shy and had some difficulty, but after only a few rounds some of them were almost flawless and having great fun. 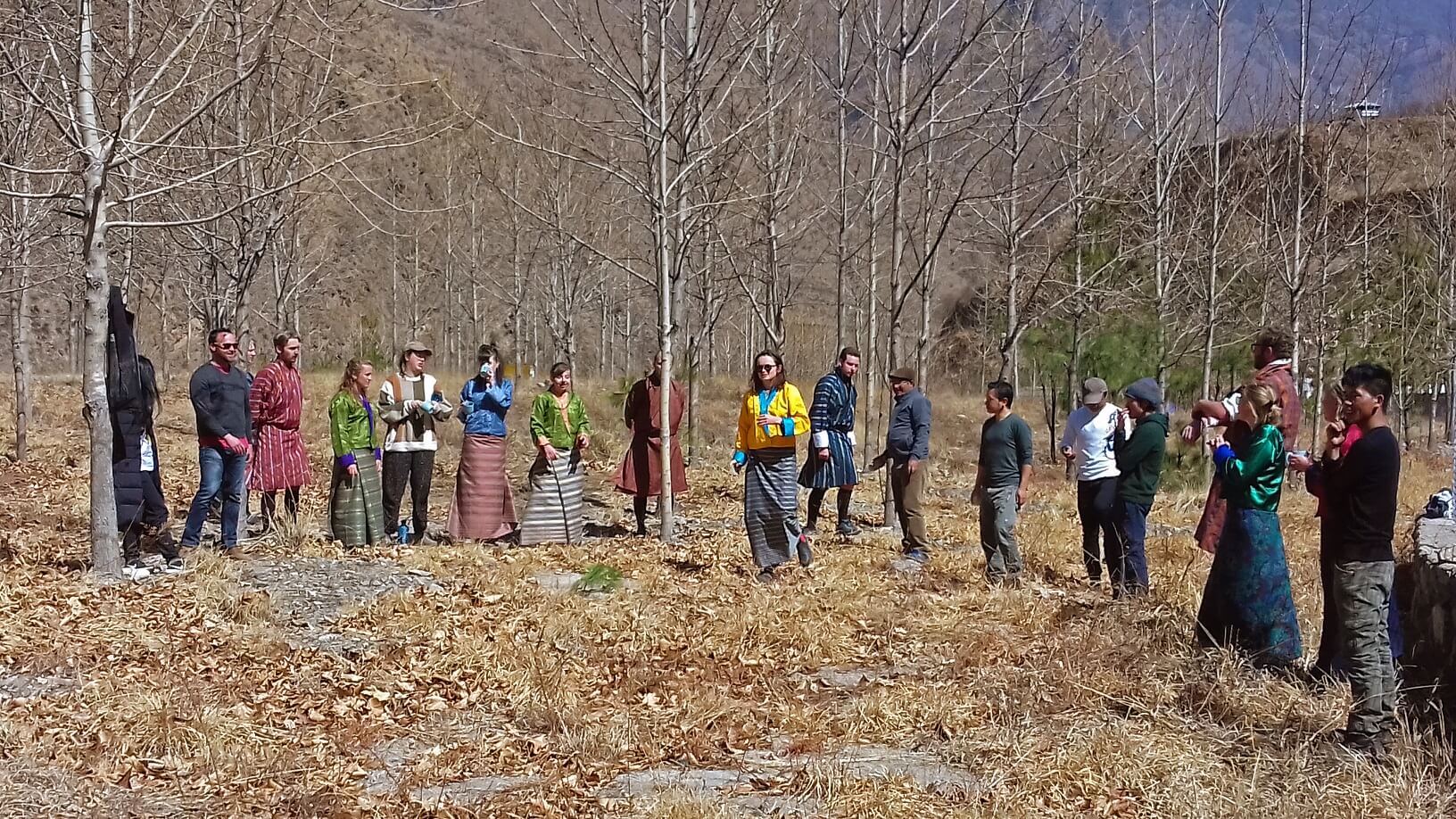 Students gather around the makeshift degor court and try their hand at the traditional Bhutanese game. 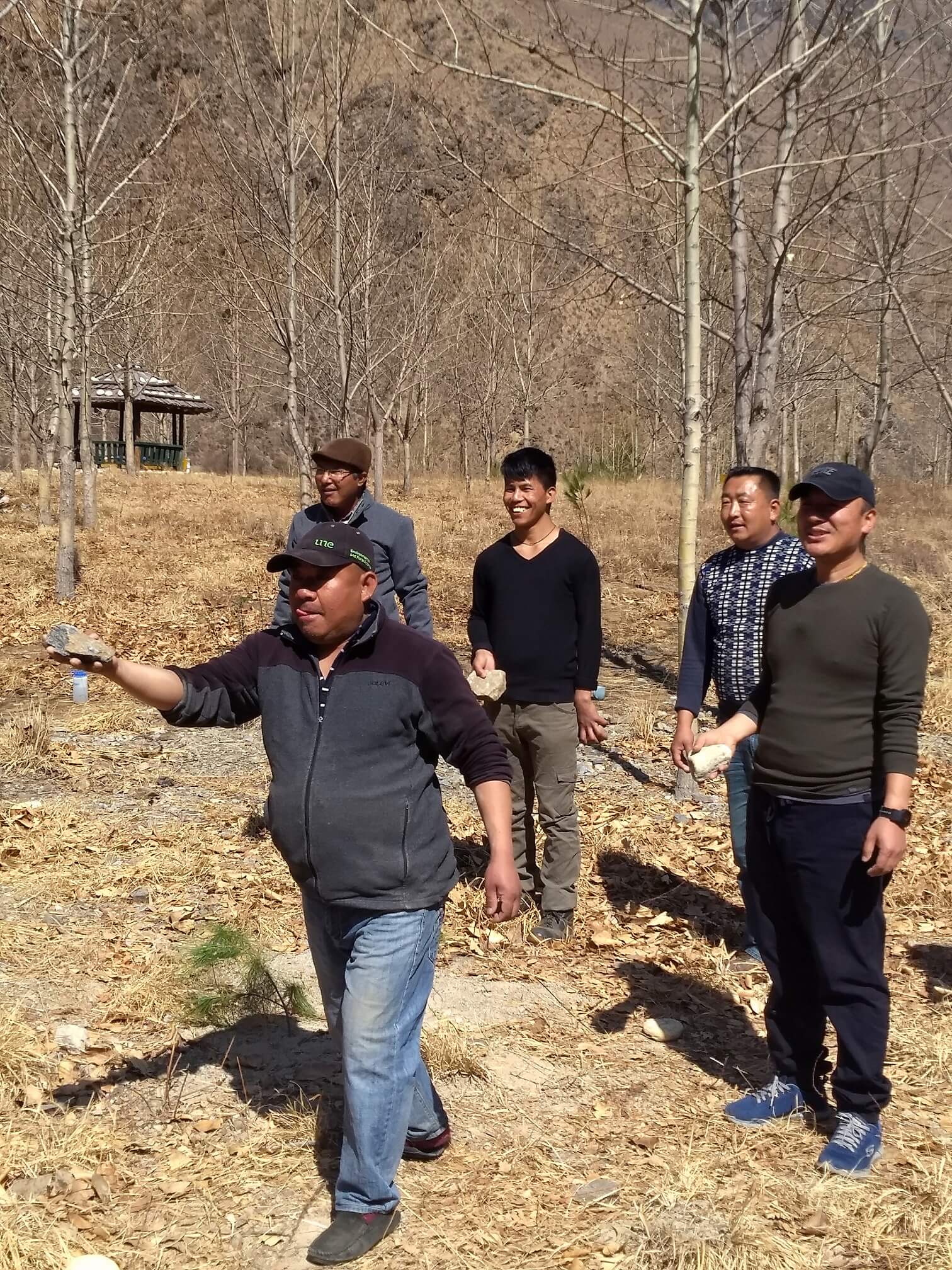 After the events, we concluded our Losar celebrations with gift giving much like Christmas, giving away Bhutanese designed t-shirts and singing traditional songs, We danced together in a circle and sang for a successful year ahead, and to meet together again in the future in good health. 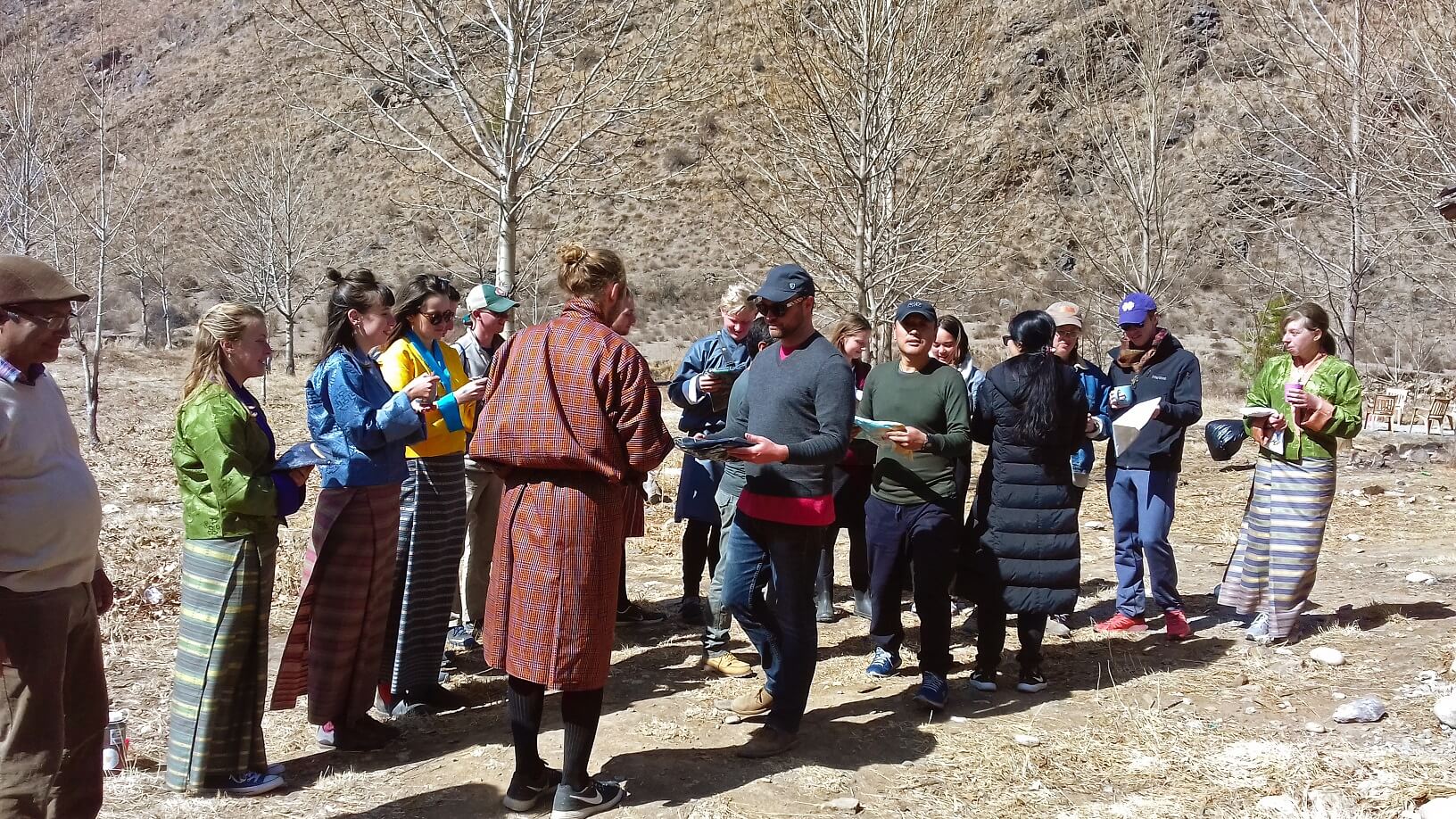 The gift-giving aspect of Losar was a welcome surprise for the student group!

This Earth Male Dog year I wish everyone in SFS and around the world a very happy Bhutanese new year. Happy Losar! 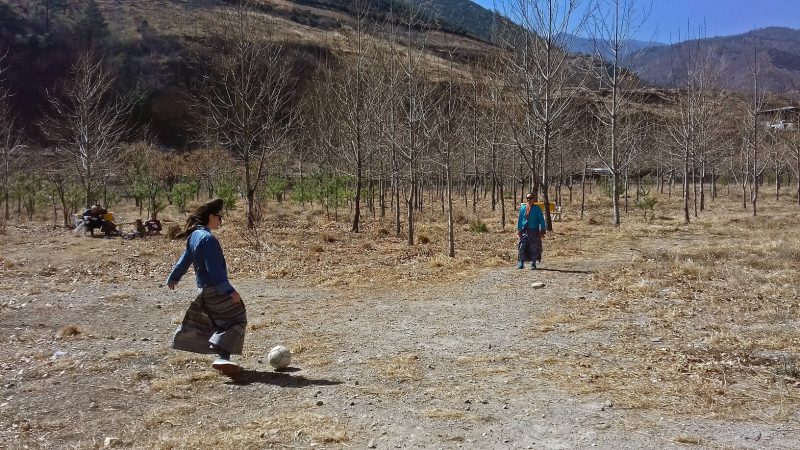 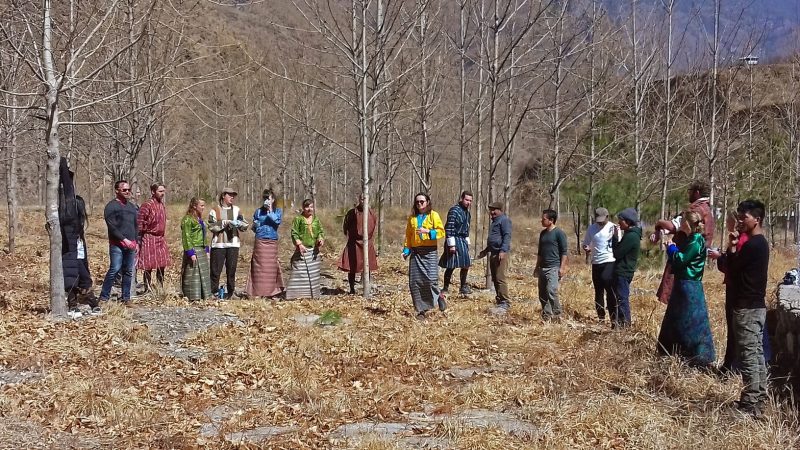 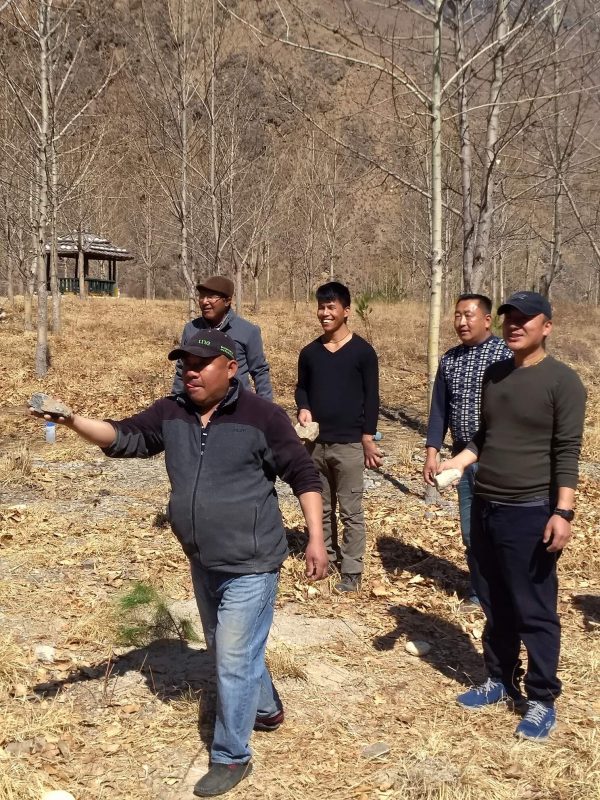 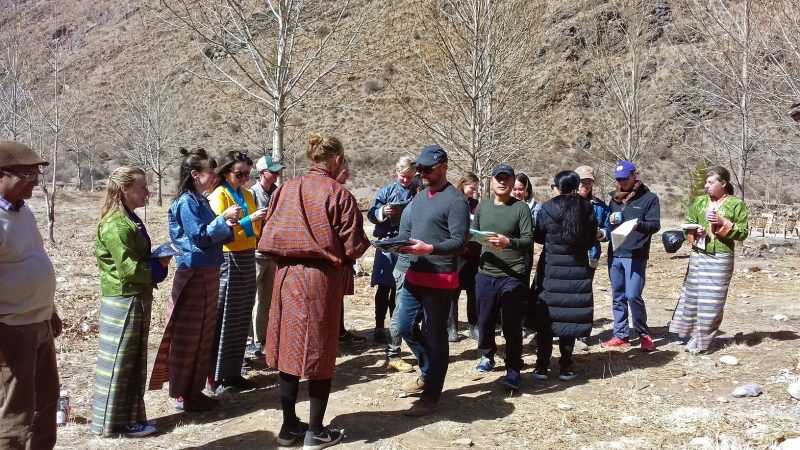