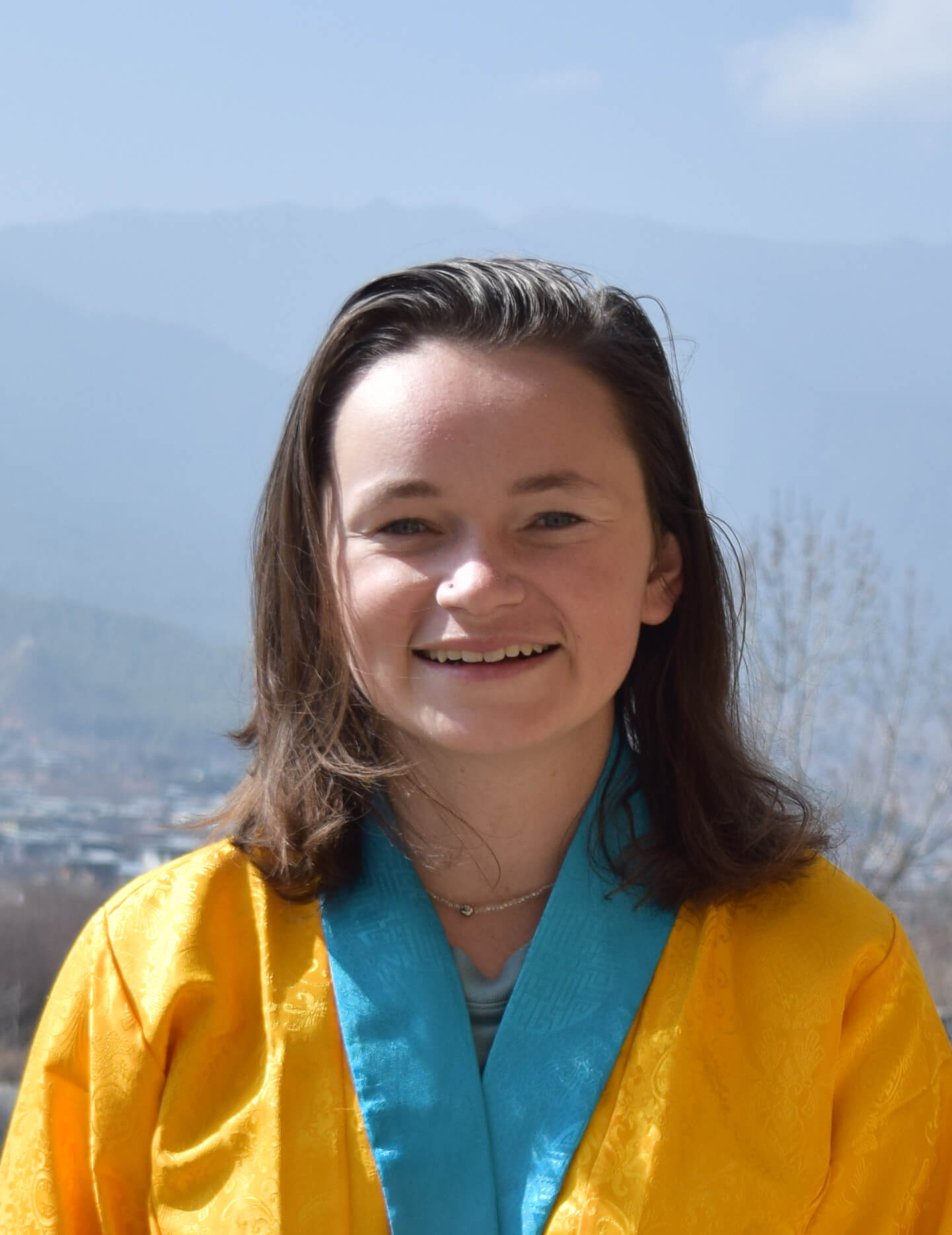 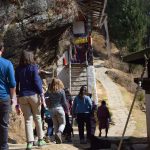 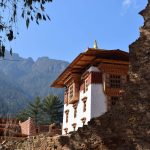 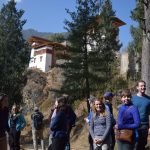 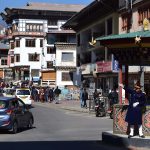 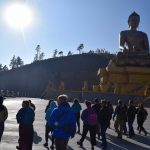 As the Spring 2018 SFS students begin to settle into their new homes around the world, we asked them to share their impressions of the experience so far. Katie Kelley had this to say about SFS Bhutan:

Why did you choose to study abroad with SFS?
Even prior to entering college I knew I wanted to study abroad. At first, thoughts of exploring museums in Italy or going to cafés in France danced through my head, though when it actually came time to apply I found that I wanted to do something far from the beaten path. I had seen posters from the School for Field Studies hanging around my school and as soon as I started researching I knew I’d found something special. Between the hands-on experience in the field and the immersion opportunities in countries I had never even considered travelling to, SFS seemed to cater perfectly to my interests and learning style. As an Environmental Studies major concentrating in Ecology and Environmental Economics, the Bhutan program immediately caught my eye. I mean, when else in my life will I have the opportunity to learn about my exact academic interests in a biodiversity hotspot in the eastern Himalayas? I knew this was a life experience that I couldn’t pass up.

What are your first impressions of the country?
We are now a little over a week into the program, and thus far it has been better than I ever could have hoped. The strong influence of Buddhism is evident not only in the ornate monasteries and statues but also in the culture and overwhelming kindness of the Bhutanese people. This country has an undeniable charm, embodied in the capital city without skyscrapers and the smiles of locals as you pass through the stalls of the weekend markets. The Bhutanese landscape is a veritable playground for aspiring field scientists. Between the geological features, thousands of varieties of flora and fauna, and wide range of altitudes and climates, we find ourselves in what I can only describe as paradise.

What are your first impressions of the field station?
The center in Paro, our home base for the semester, has a warm and welcoming orange exterior that matches its interior full of cozy rooms and lounge spaces. While I initially thought that living, eating, and taking classes in such close quarters would be a bit much but it has proved to be both convenient and not nearly as stressful as I imagined. Just like the program itself, the center offers a refreshing balance of work and play. Mid-day ping pong and volleyball matches with the kitchen staff are quite common, although it’s hard to call them “matches” when most of us on the program get beaten handily every time.

What do you think the biggest challenge will be for you this semester, both academically and culturally?
As with any new semester and new environment, it is not difficult to imagine what challenges will arise in the near future. It is so easy to dwell on problems or issues that you might encounter, but I have found that worrying about what is to come can impair your ability to enjoy the moment in which you are currently living. Yes, I have already had issues with the amount of rice that is customary to Bhutanese cuisine and being in class until 5 pm has not proved to be the easiest schedule, but I am confident that these very minor challenges will not detract from the overall transformative experience that I know this program will provide.

What are you looking forward to the most about the semester?
Looking far into the future, I am most excited for the directed research component of our program. This will be my first experience in doing intensive research on a topic of my own creation, an opportunity which I am thrilled to have before jumping into my senior thesis next winter. It seems as though every day I discover a new possible topic to research, though hopefully as the semester progresses my specific interests will become more apparent.

I am also incredibly excited about the possibility of catching a glimpse of a tiger on a camera trap later in the semester, though we’ve been told not to get our hopes up.

Give three words that best describe how you are feeling right now.
Excited, curious, and ready to look incredibly FEX-y. 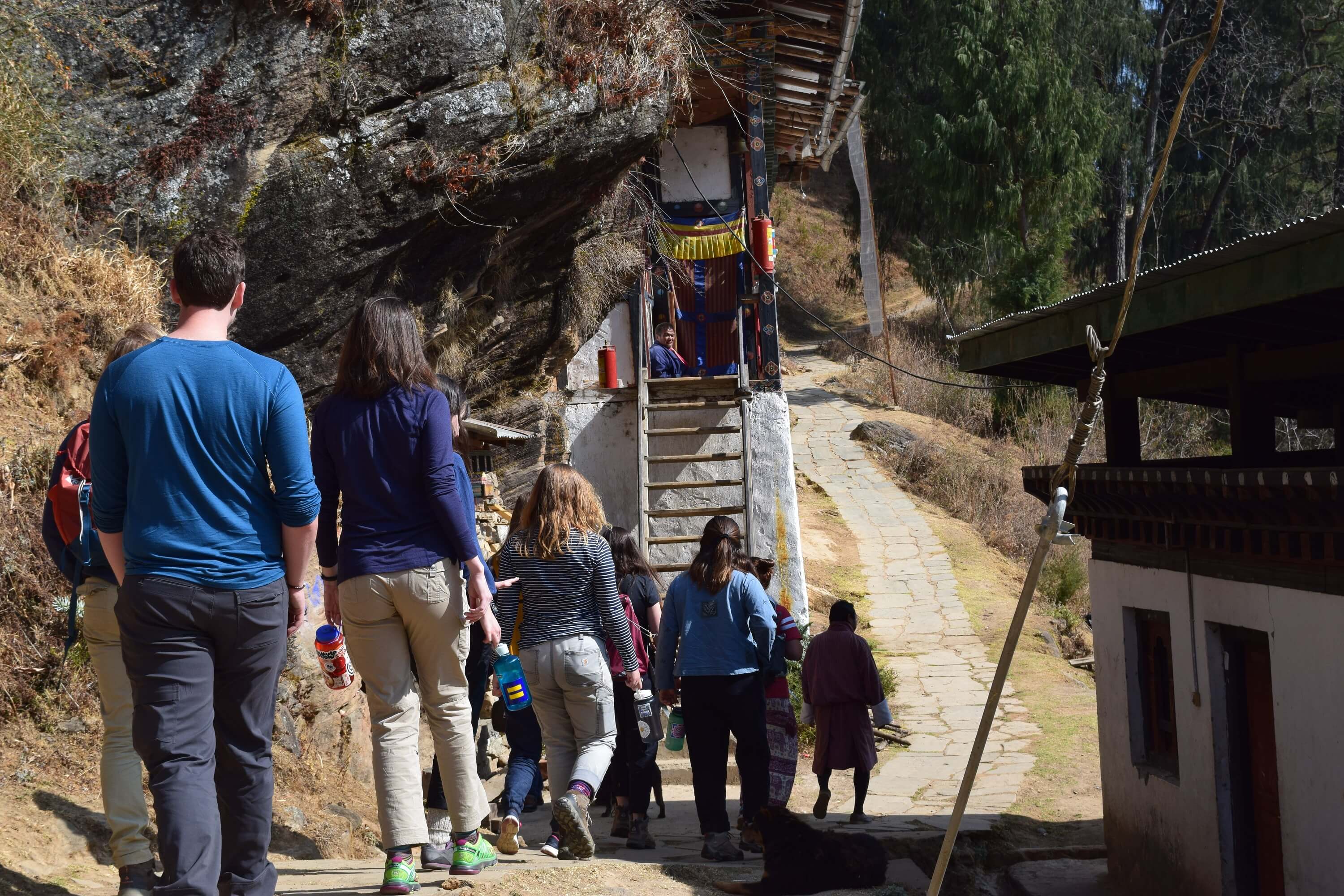 Students follow Rinchen Singye as he takes them up the centuries old path to Drugyel Dzong. Photos courtesy of Greg Francois 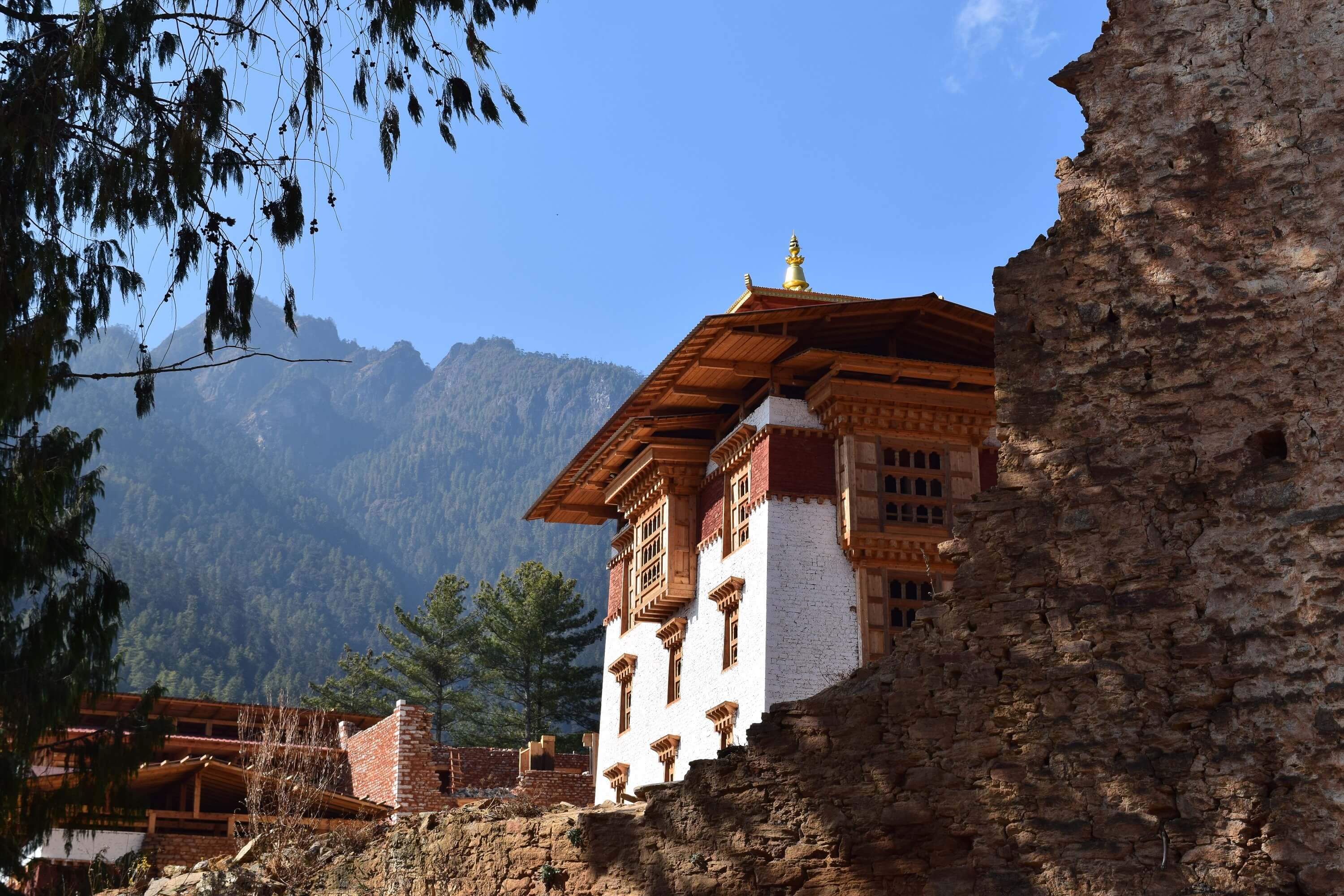 Destroyed by a fire in the middle of the 20th century, Bhutan is working to restore Drugyel Dzong to its former glory in celebration of the birth of the Prince and the 400th anniversary of Zhabdrung Rinpoche uniting the kingdom of Bhutan. 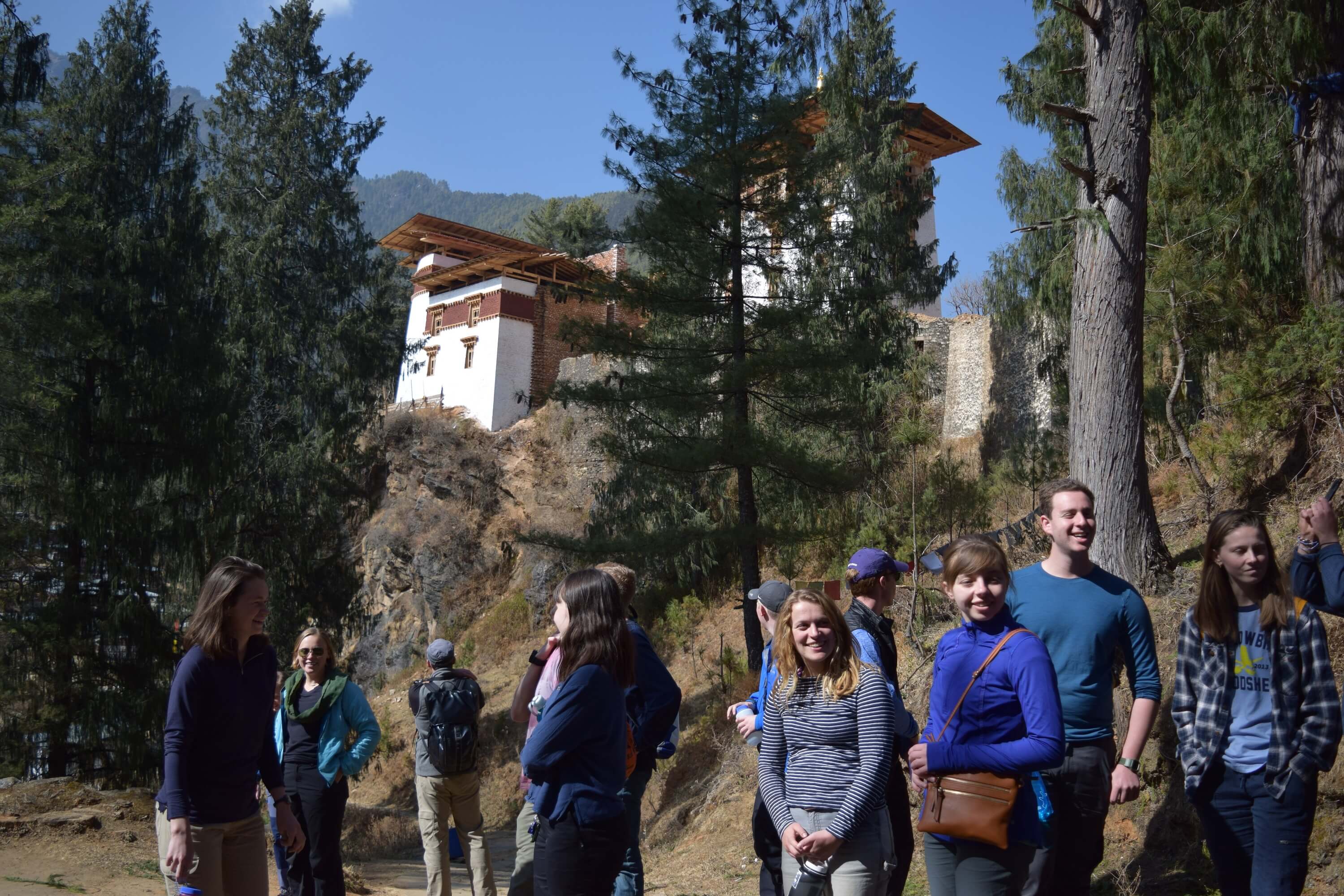 Students enjoying an educational lesson by Rinchen as he jokes and shares the history of Drugyel Dzong. 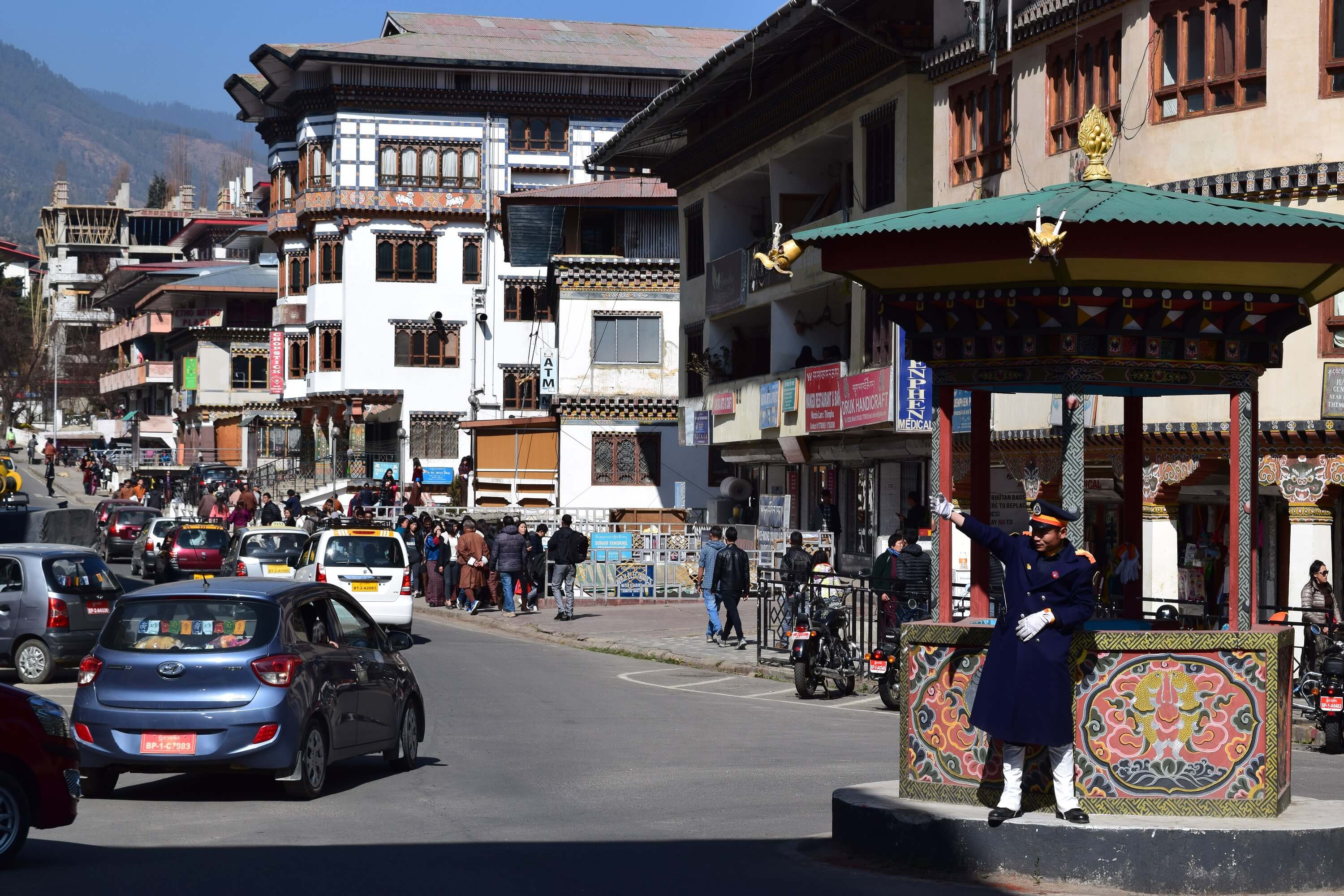 The center of Thimphu, the capital city, is marked by this traffic circle and the robotic movements of a uniformed guard. 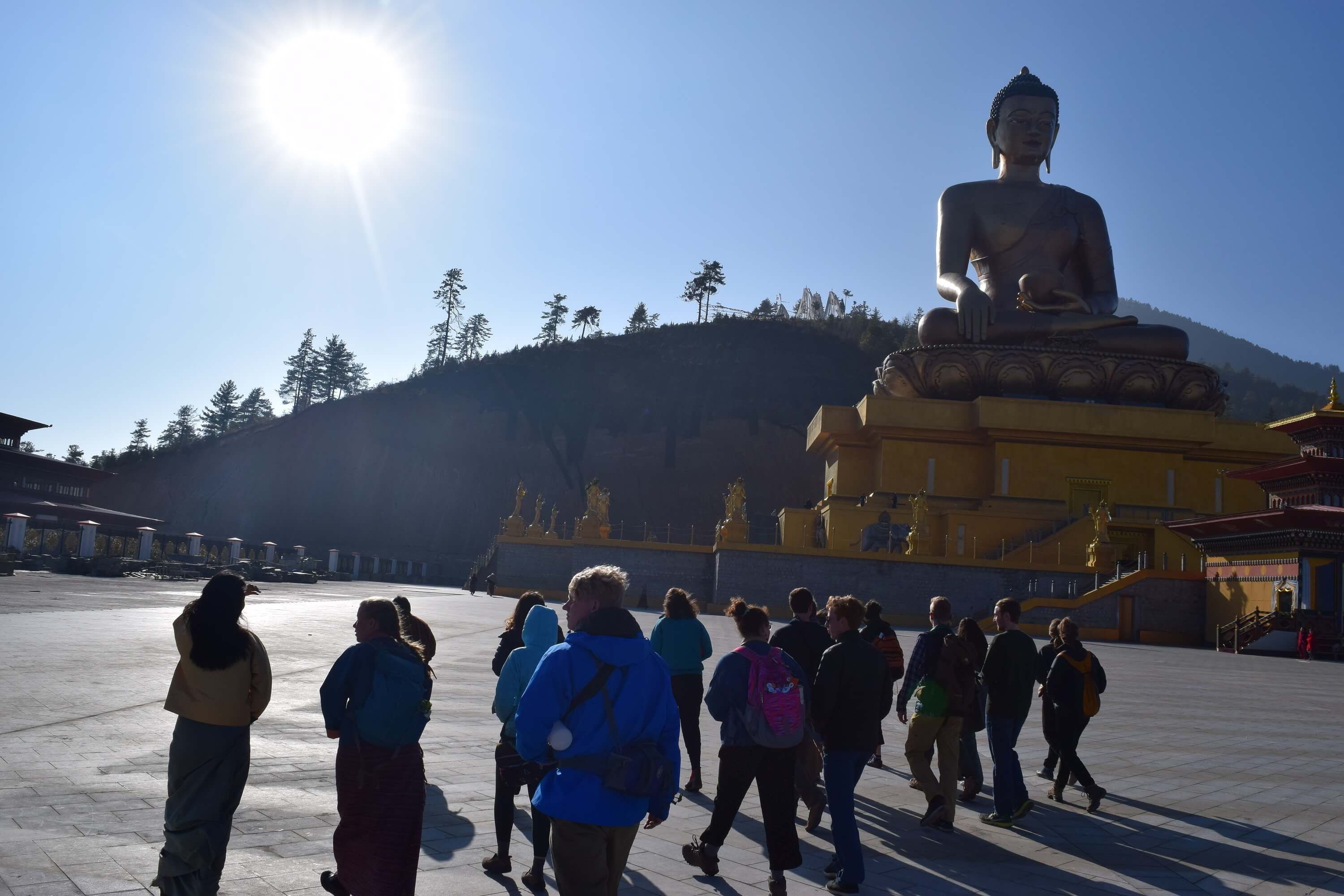 Students had the opportunity to visit the 53 meter, Buddha Dordenma, that overlooks the city of Thimphu. 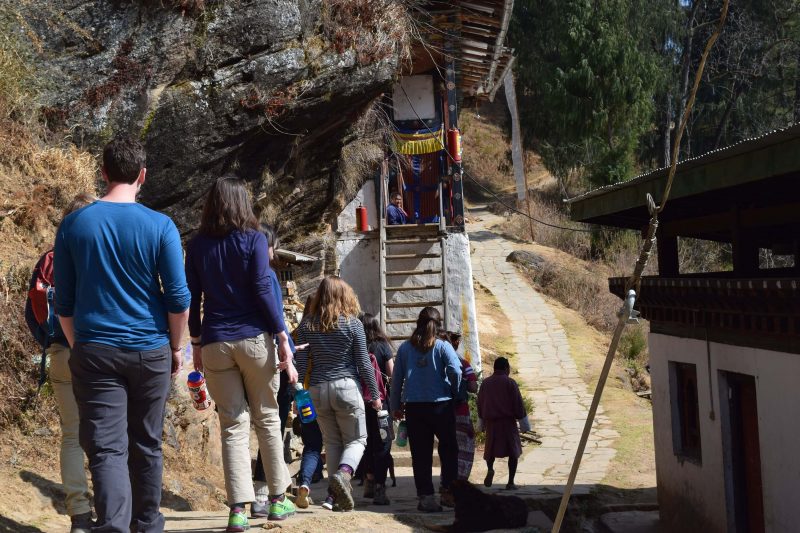 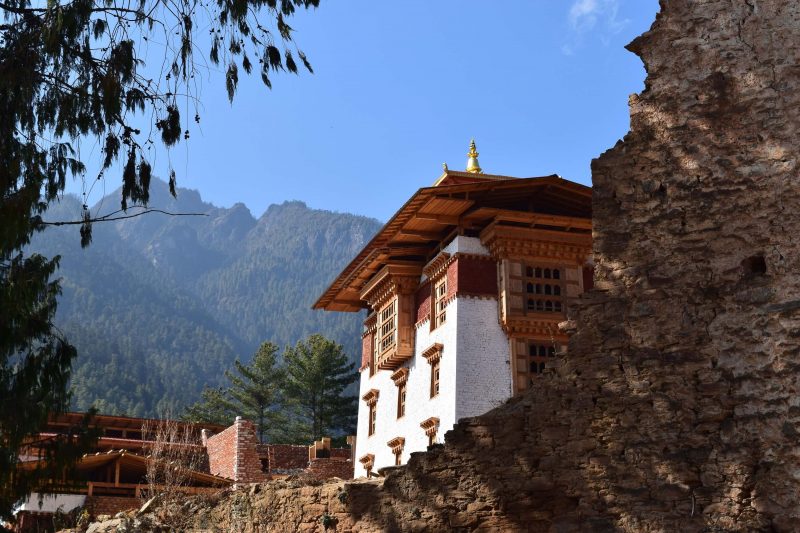 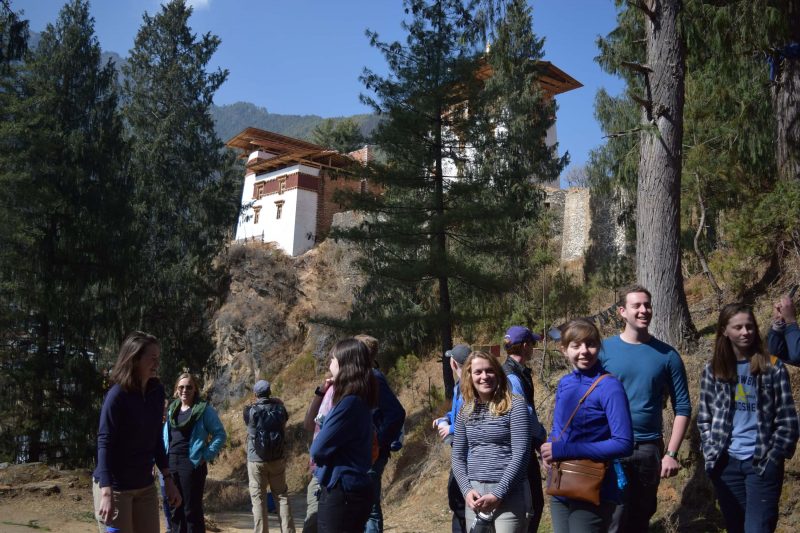 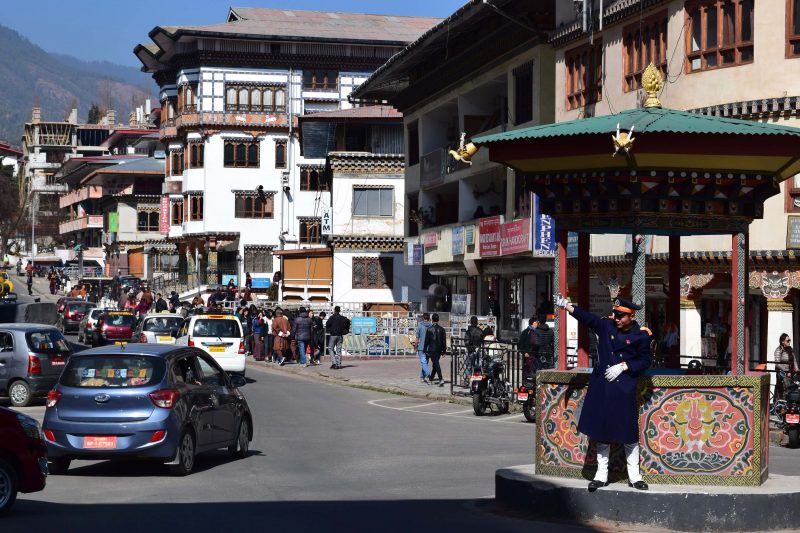 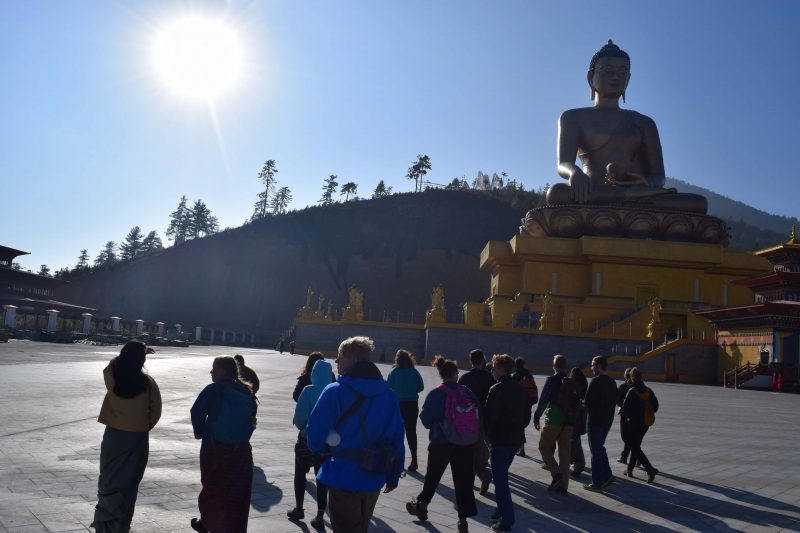