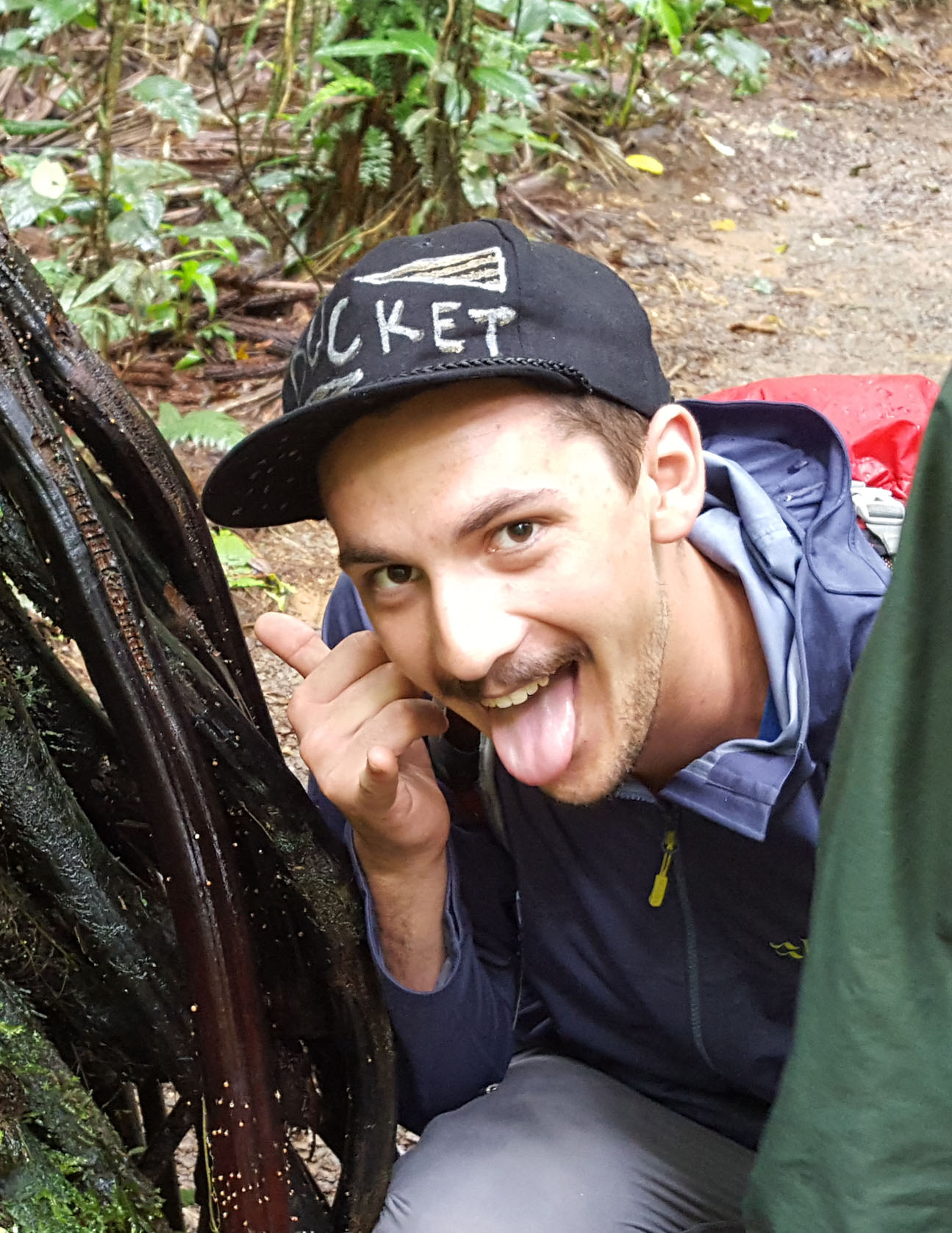 The group has been sitting on a beach facing the Pacific Ocean for the past 20 minutes, listening to one of their professors lecture. Magnificent frigatebirds swoop through the breezy and balmy air. A young boy and girl play dip through the holes of a net a fisherman will have to repair after he finishes the one he is currently working on. The setting is beautiful, so why aren’t there more people here?

Well, the Tárcoles river happens to be one the most polluted rivers in Latin America and the mouth of the said river is just two kilometers away. 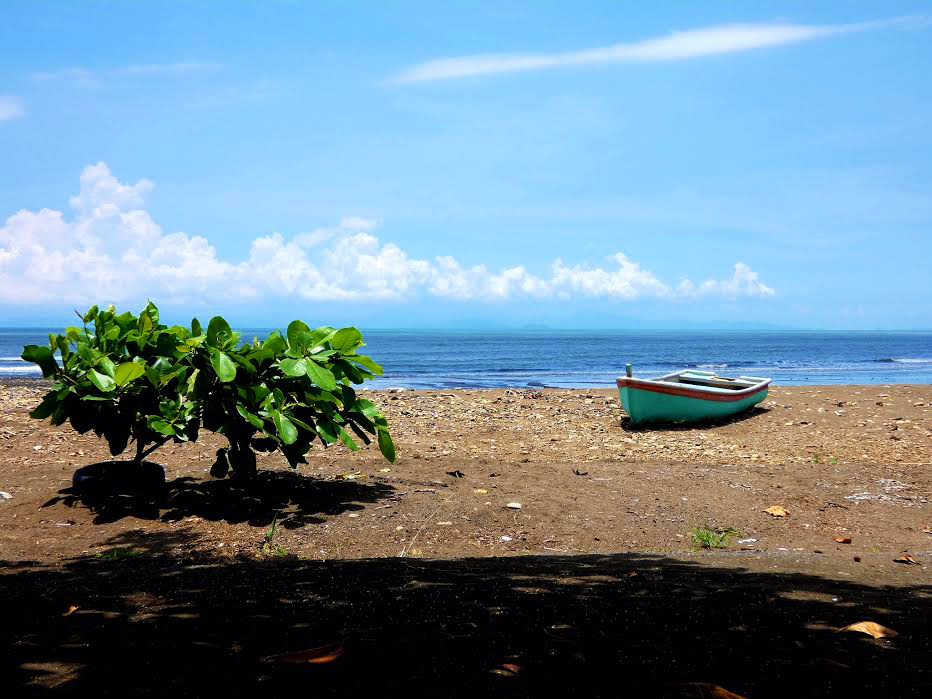 The largest issue at hand is the sheer number of people whose anthropogenic waste is causing environmental problems along with economic problems. Costa Rica recently passed the five million mark in terms of population and its effects are visible everywhere, including this little beach near the mouth of the river. How does a country deal with a growing population and widespread urbanization while trying to maintain its status as a “green” destination?

Given the complexity of a problem like the clean-up of the Tárcoles river, it would be a lie to say that the professors help our students immediately solve the issue. However, the multifaceted approach to solving local issues, such as the Tárcoles, can be better understood by the students while they’re sitting next to the problem. 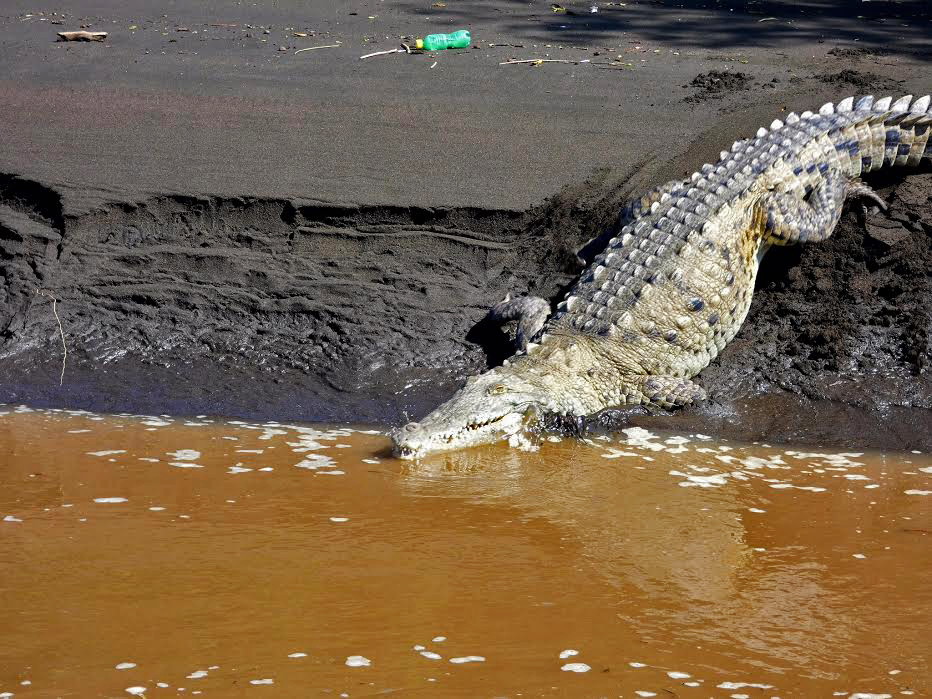 Basking crocodile with trash in the background. Photo courtesy of Daisy Montalvo

The lecture continues… At the macro level: waste management in the Central Valley (~70% of the population of Costa Rica) in an urbanizing landscape. At the micro level: a discussion on the history of and current issues (bureaucracy, land use interests) pertaining land ownership along the Tárcoles and how that directly and indirectly impedes progress. The students learn how the Tárcoles, upstream in the Central Valley, is treated like a waste disposal vehicle. 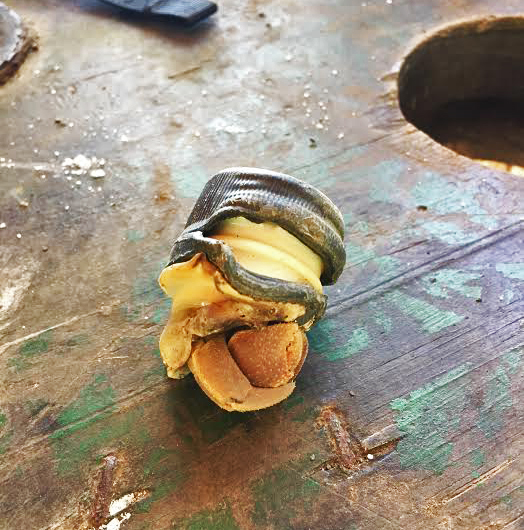 A crab found on the beach using a bottle cap as a shell. Photo courtesy of Andrew Meyer

The Tárcoles isn’t all bad. We now board a comically long and skinny boat that can only be compared to a Weiner dog to see the famously dirty Tárcoles. While the water is a “café con leche” brown from recent heavy rains, herons search the shore for lunch, howlers stretch out on overhanging trees and large crocs bask on the shores. And then, a plastic water bottle floats by followed by a child’s shoe. We have come face to face with the visible and palpable examples of how we, as humans, are altering our surrounding environment. SFS provides the setting and information needed to help better understand why the Tárcoles is the way it is.

The students who come here are immersed in an academic setting that is unique in the truest sense of the word.