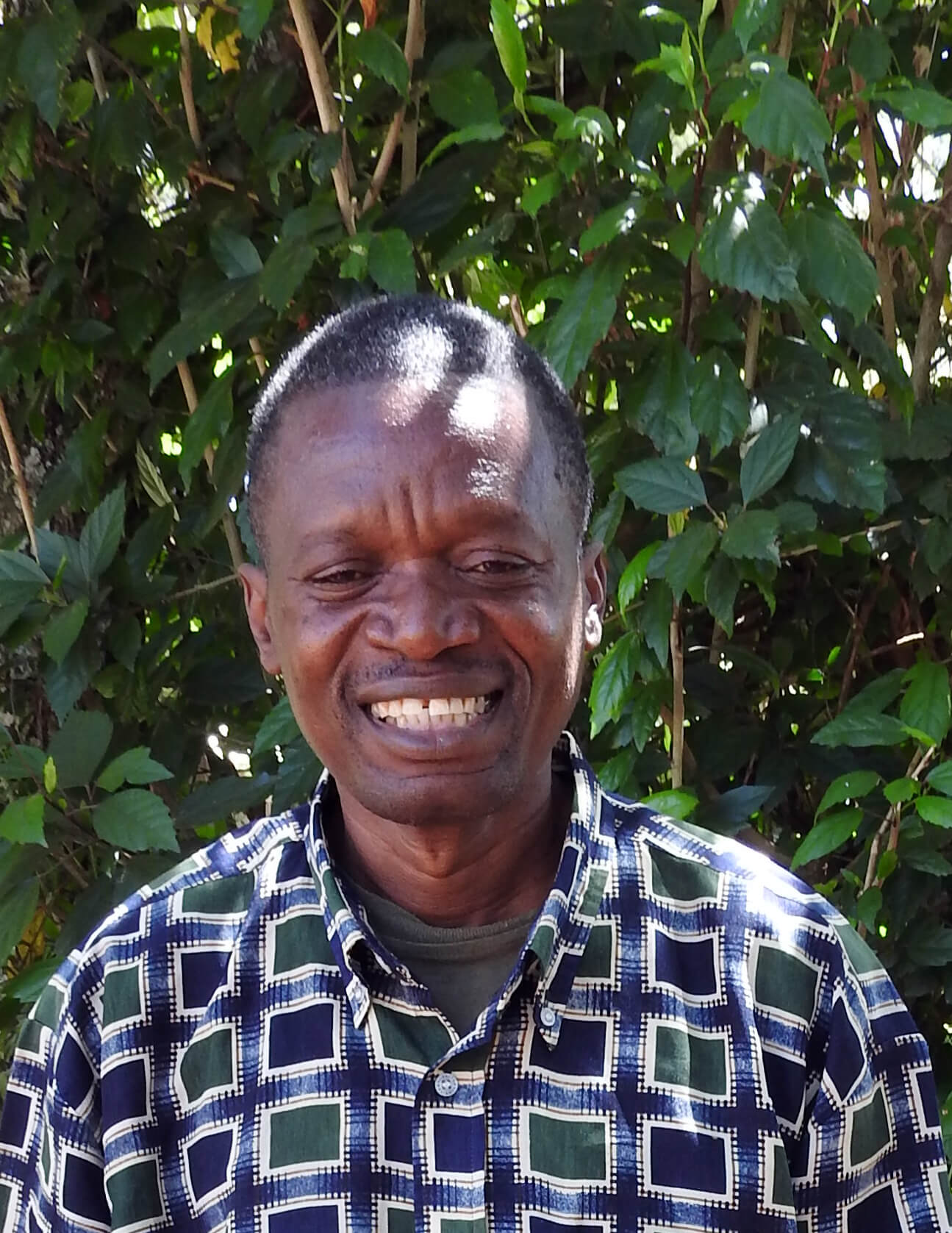 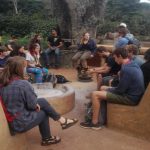 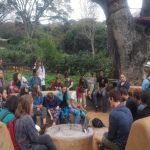 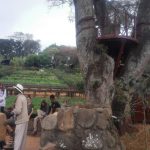 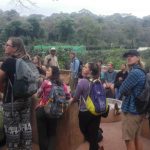 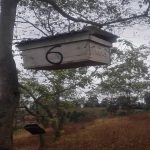 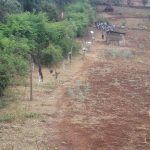 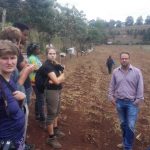 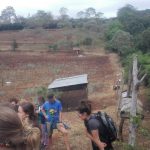 Raiders of the Lost Crops

On a recent expedition to Tarangire National Park, students conducted interviews with the local people on which species of wildlife cause the most conflicts. These interviews were conducted at Naitolia village which is adjacent to Tarangire National Park in Northern Tanzania. The interview findings showed that elephants are the most problematic wildlife species, as they come from the park and eat agricultural crops such as pigeon peas and maize, which are more palatable and nutritious than other vegetative foods available to the elephants inside the park.

In order to learn how farmers protect their crops from elephant raids, student visited various farms around Tloma village in Karatu district, northern Tanzania. The village borders the famous Ngorongoro Conservation Area and is about half an hour’s travel from SFS’ Moyo Hill camp. In the village, students visited Gibbs farm, a large-scale coffee and vegetable farm, and other small-scale farms to experience various elephant crop raiding preventive methods. At Gibbs farm, the farm’s naturalist Mr. Paschal informed the students that elephant raids are prevented by lighting fires at night and putting chili peppers in it, as well as the use of watch guards. 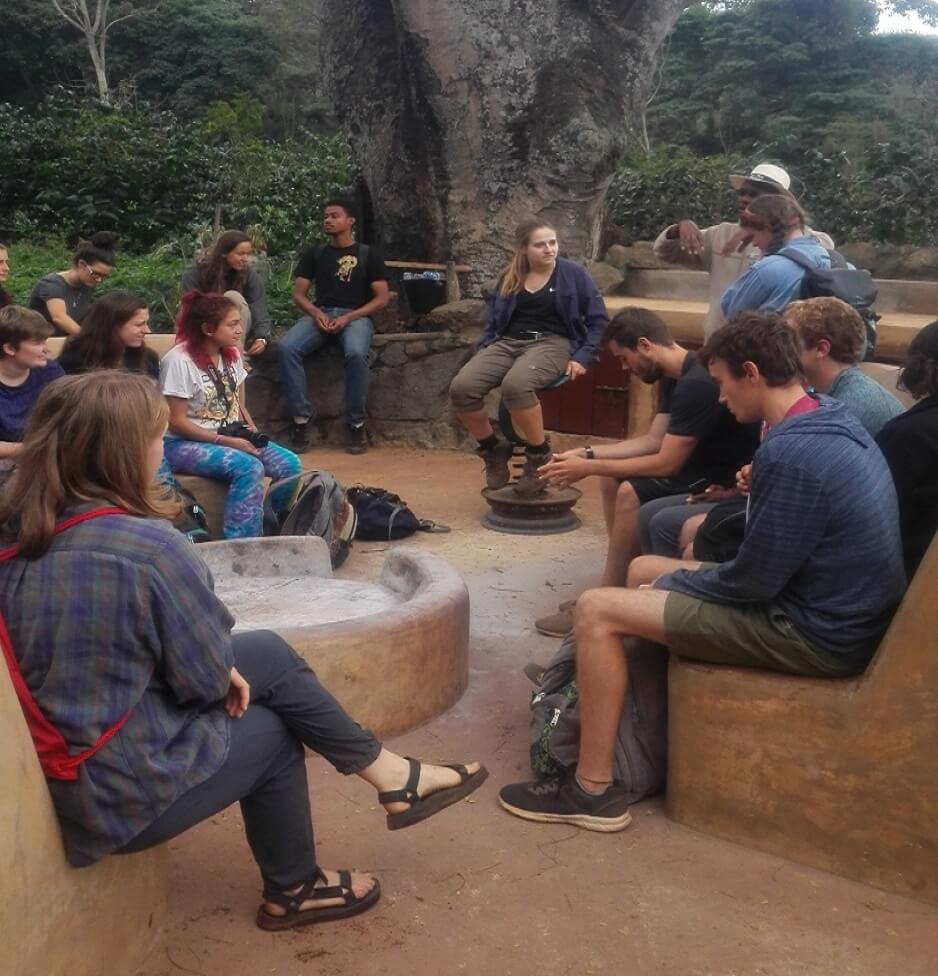 Fireplace where chilies are burned at night and watch guard tower built on a tree. 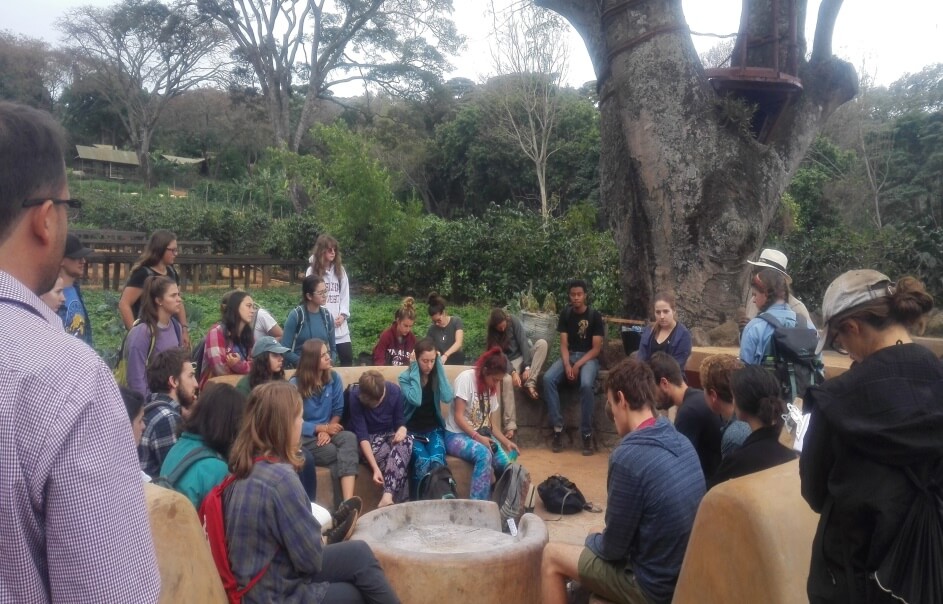 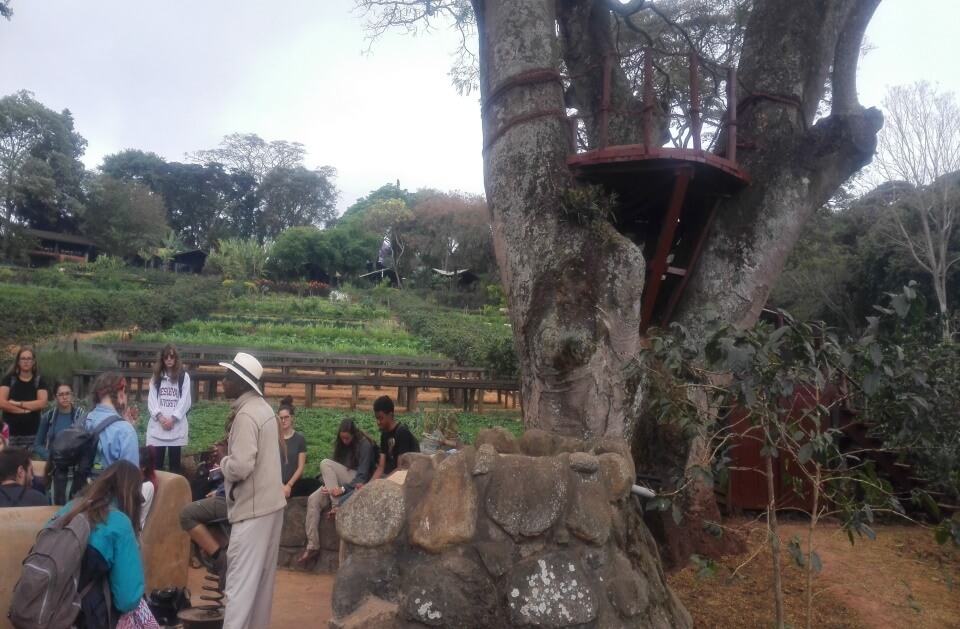 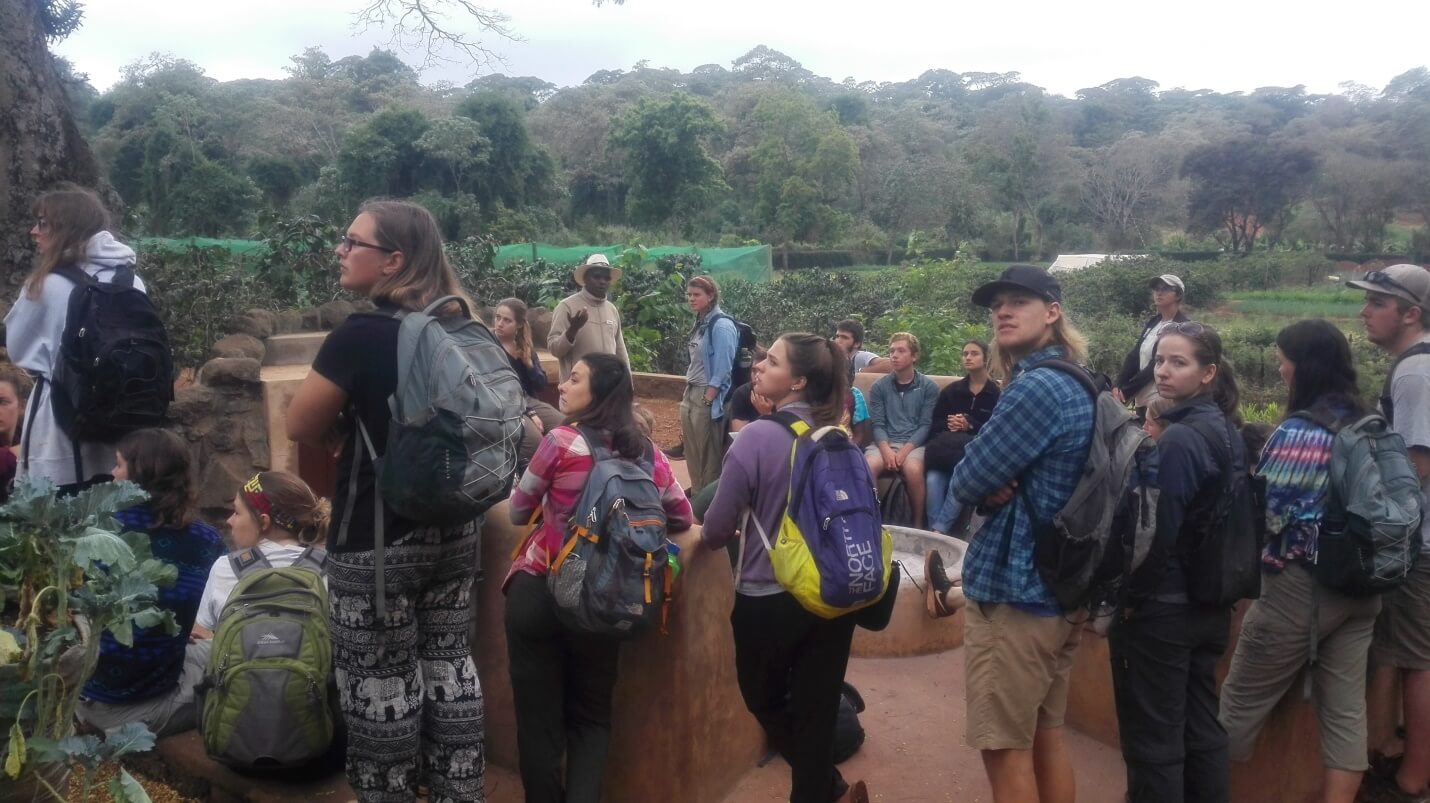 At small-scale farms students saw the bee hives and chilies fences that are used to keep away elephants from their farms. During the discussions it was found that use of bee hives though expensive investment has more economic returns as farmers have advantages of pollination of their crops and harvest honey. The chilies fence is cheap and easy to install as it requires only sisal rope, used engine oils mixed with hot chilies and pieces of fabrics that are tied to sisal ropes and wooden poles installed on a farm borders, chili smell expels elephants away, hence preventing them entering the crop farm. Farmers in the area when asked during the visit responded that these methods are more effective and safe compared with the traditional methods such as use of fire, flash lights, human decoy or making noises. Therefore students suggested that farmers should be sensitized and encouraged to use the bee hives and chilies fence as appropriate and affordable preventive strategies to elephant crop raiding. 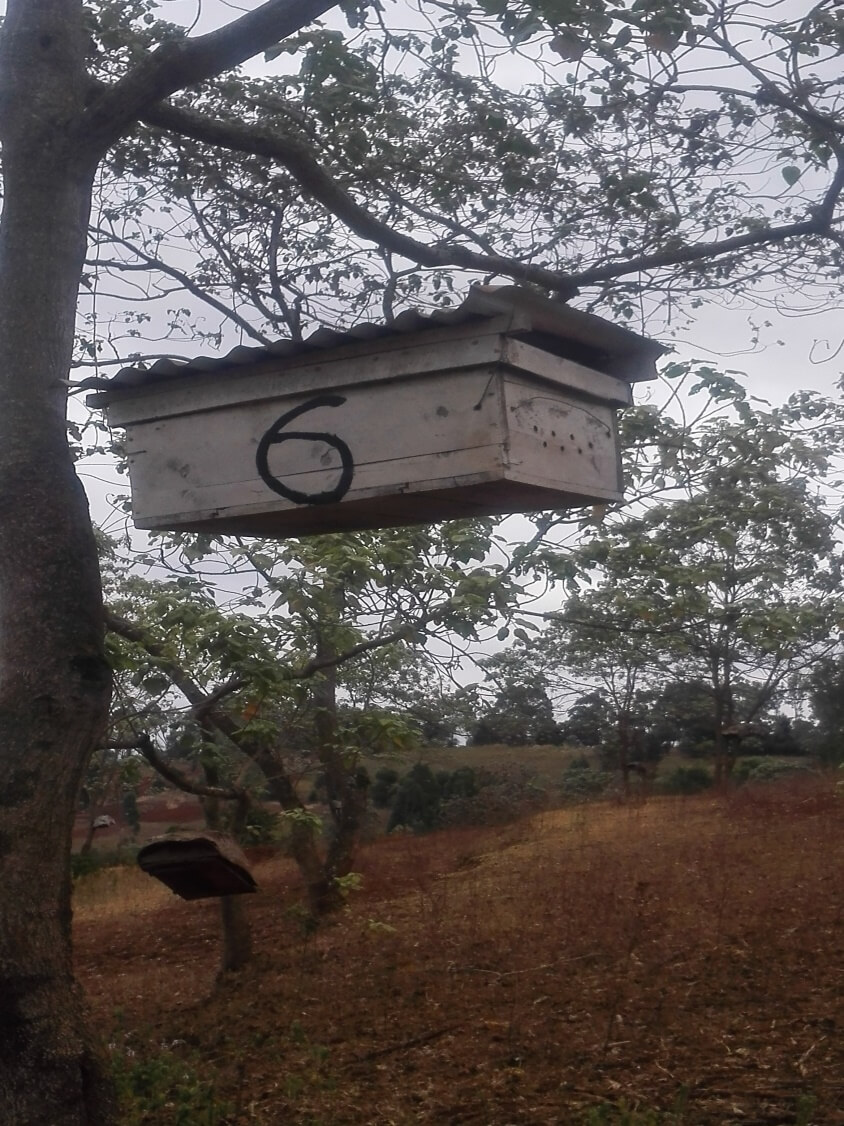 Beehive hanging on a tree to scare away elephants. 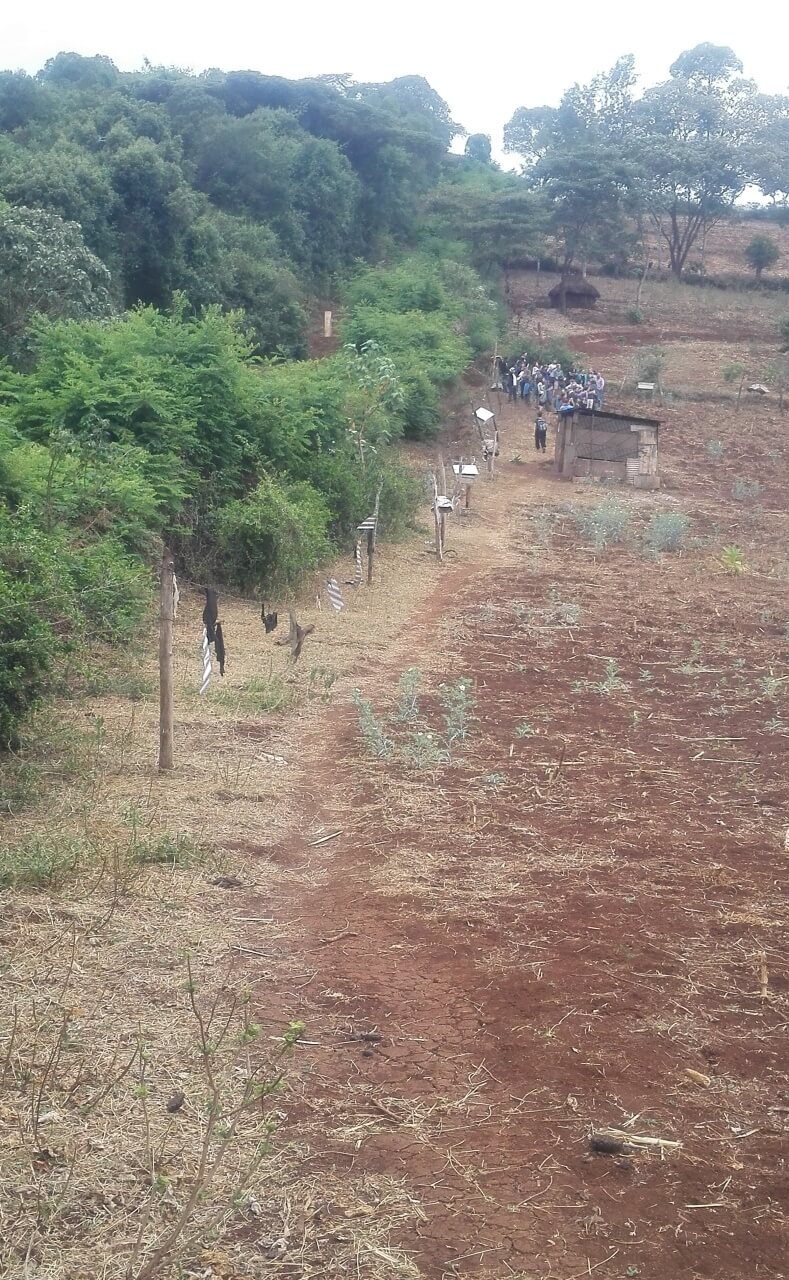 Chili fence along the farm’s borders with Ngorongoro Conservation Area in Tloma village. 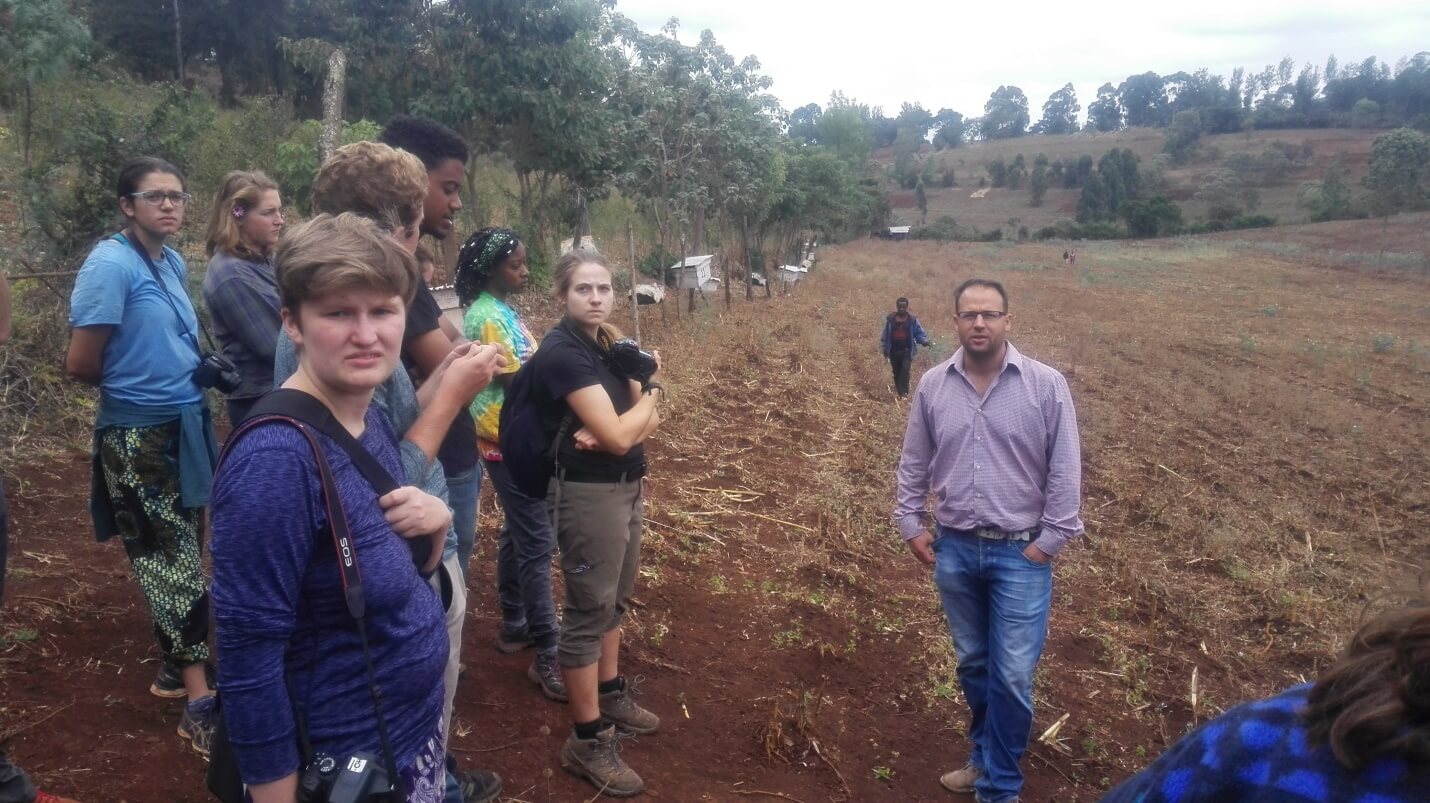 Students at the beehive fence along the farm border. 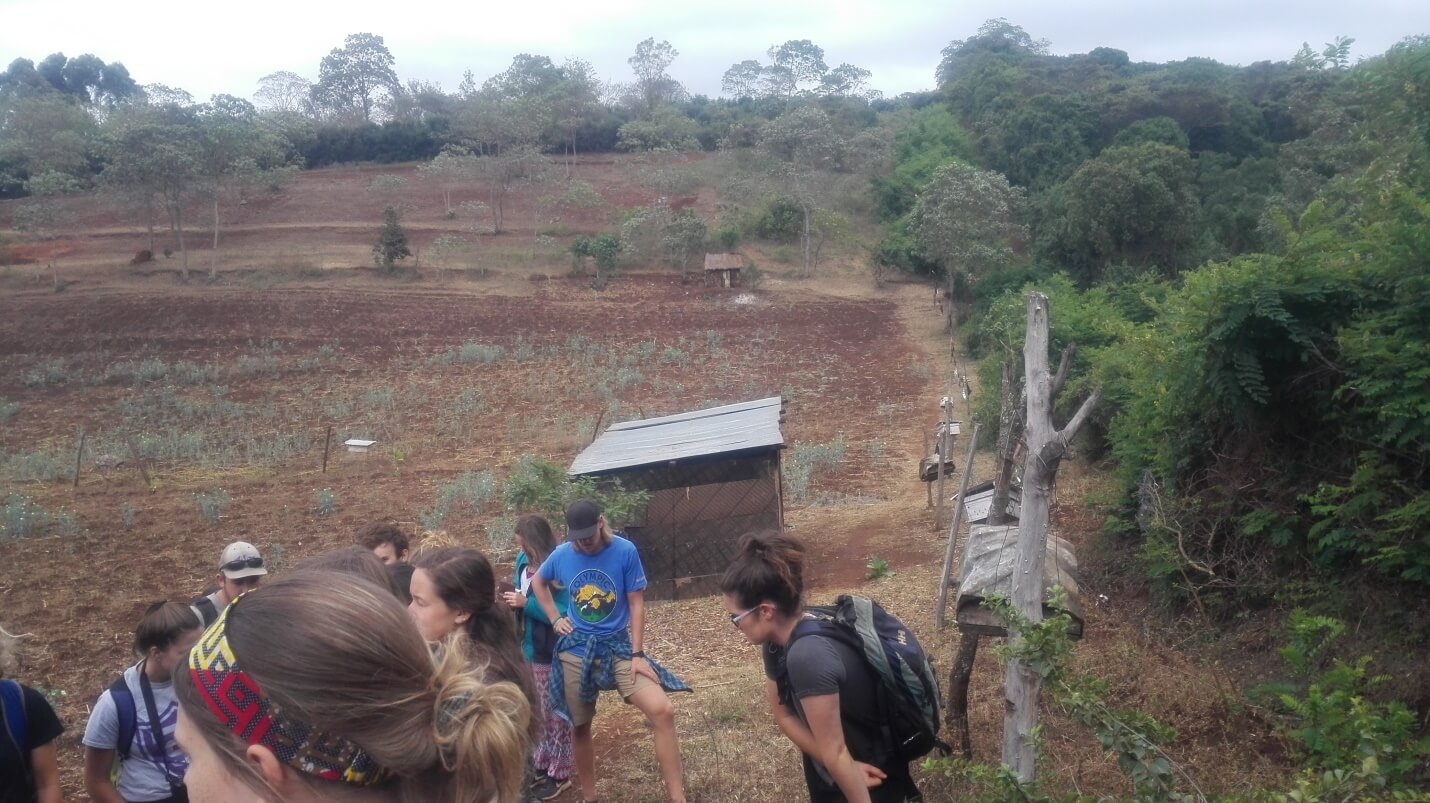 The huts constructed along the Ngorongoro Conservation Area borders, previously used by farmers to guard their crops against elephant raiding, are now being replaced by chili fences and beehive fences. 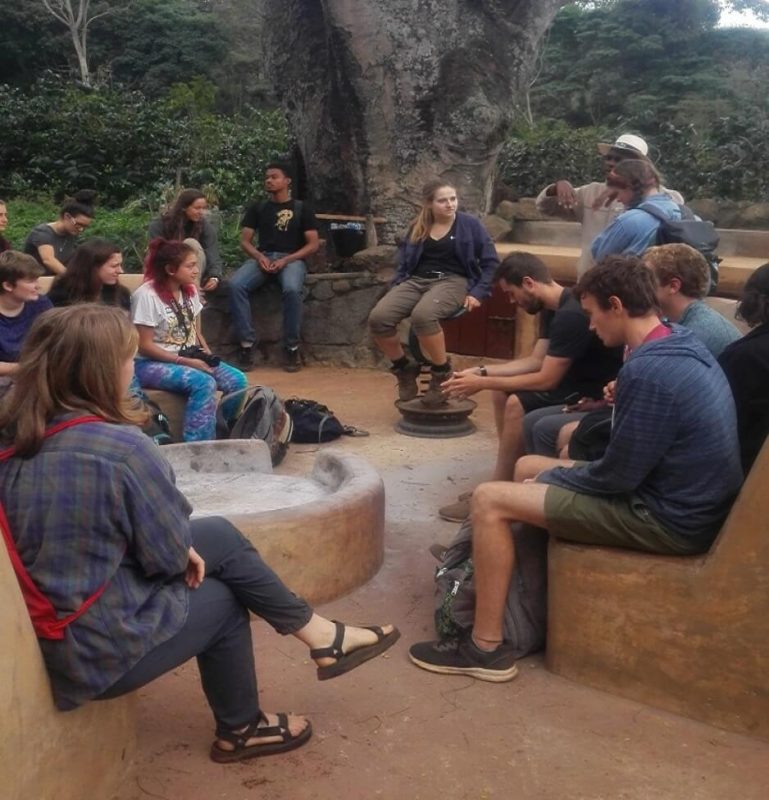 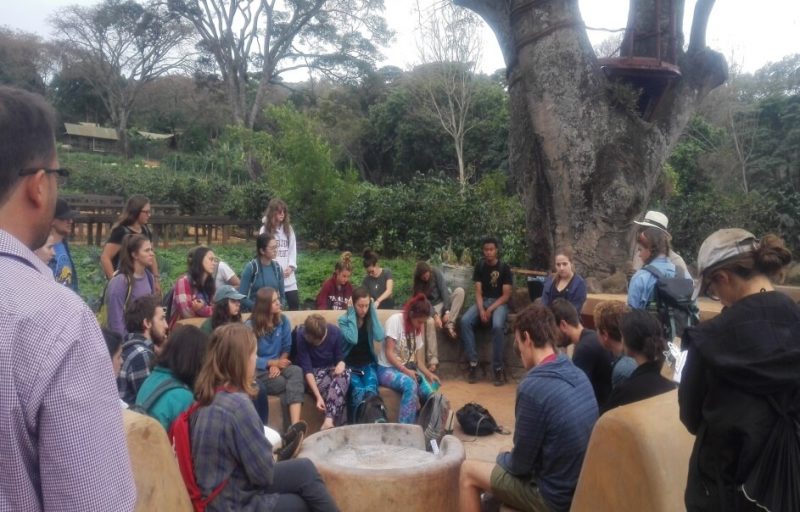 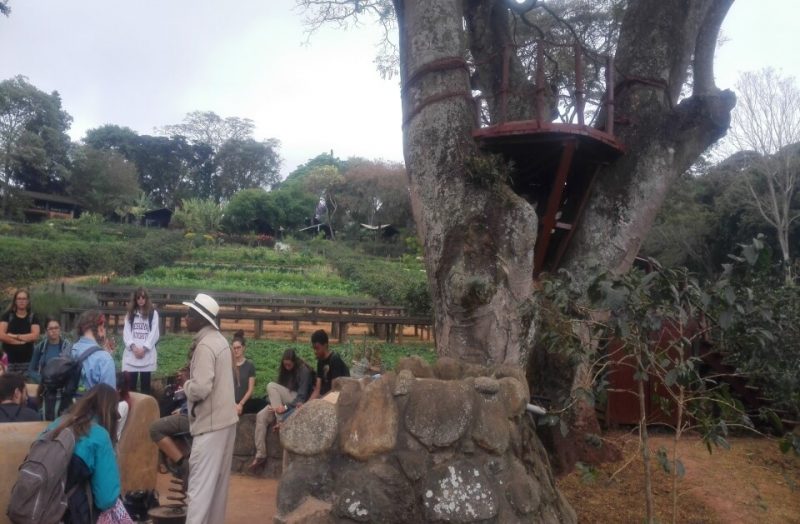 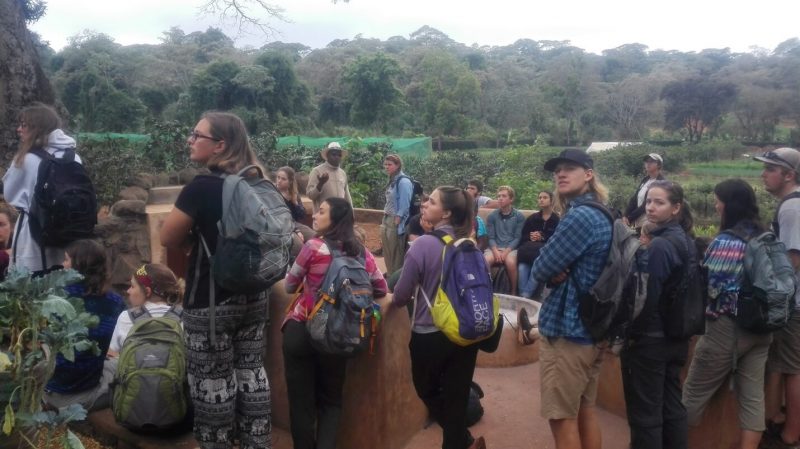 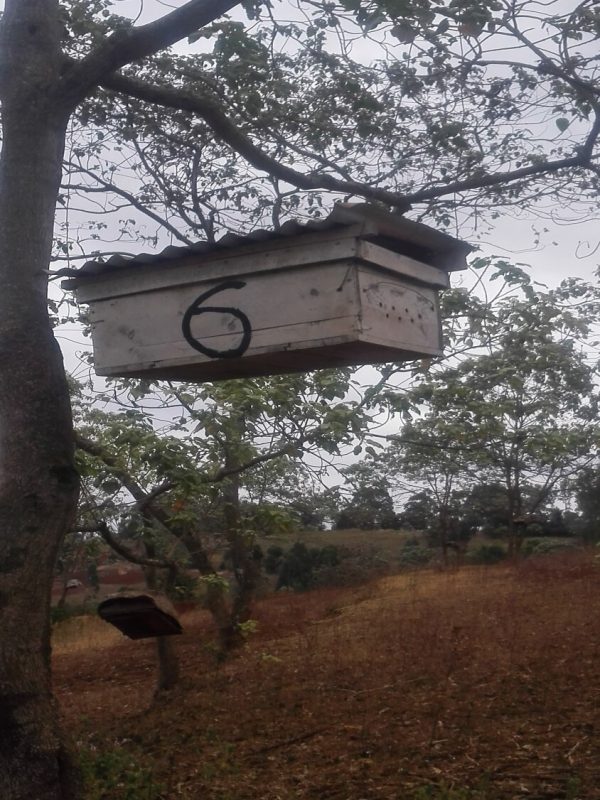 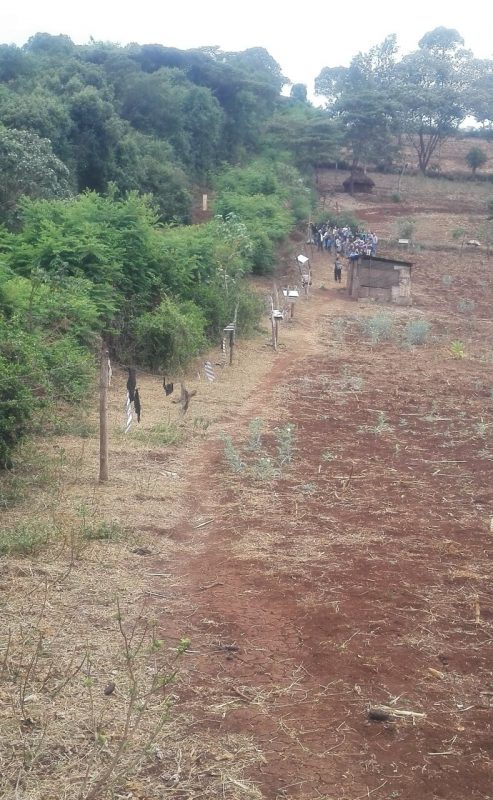 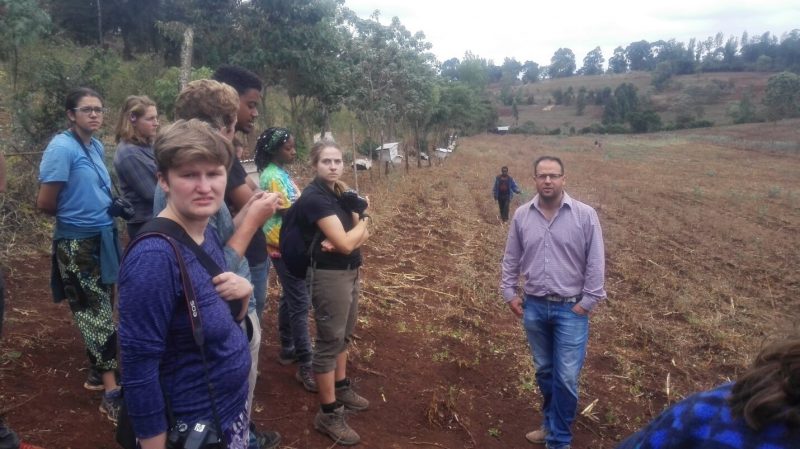 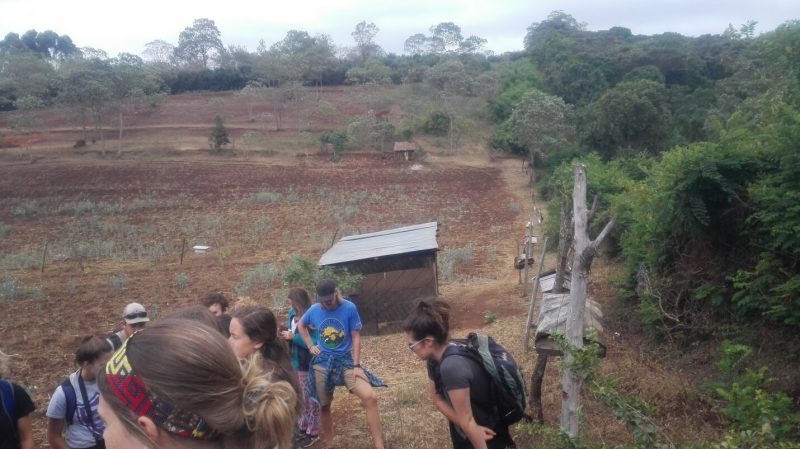