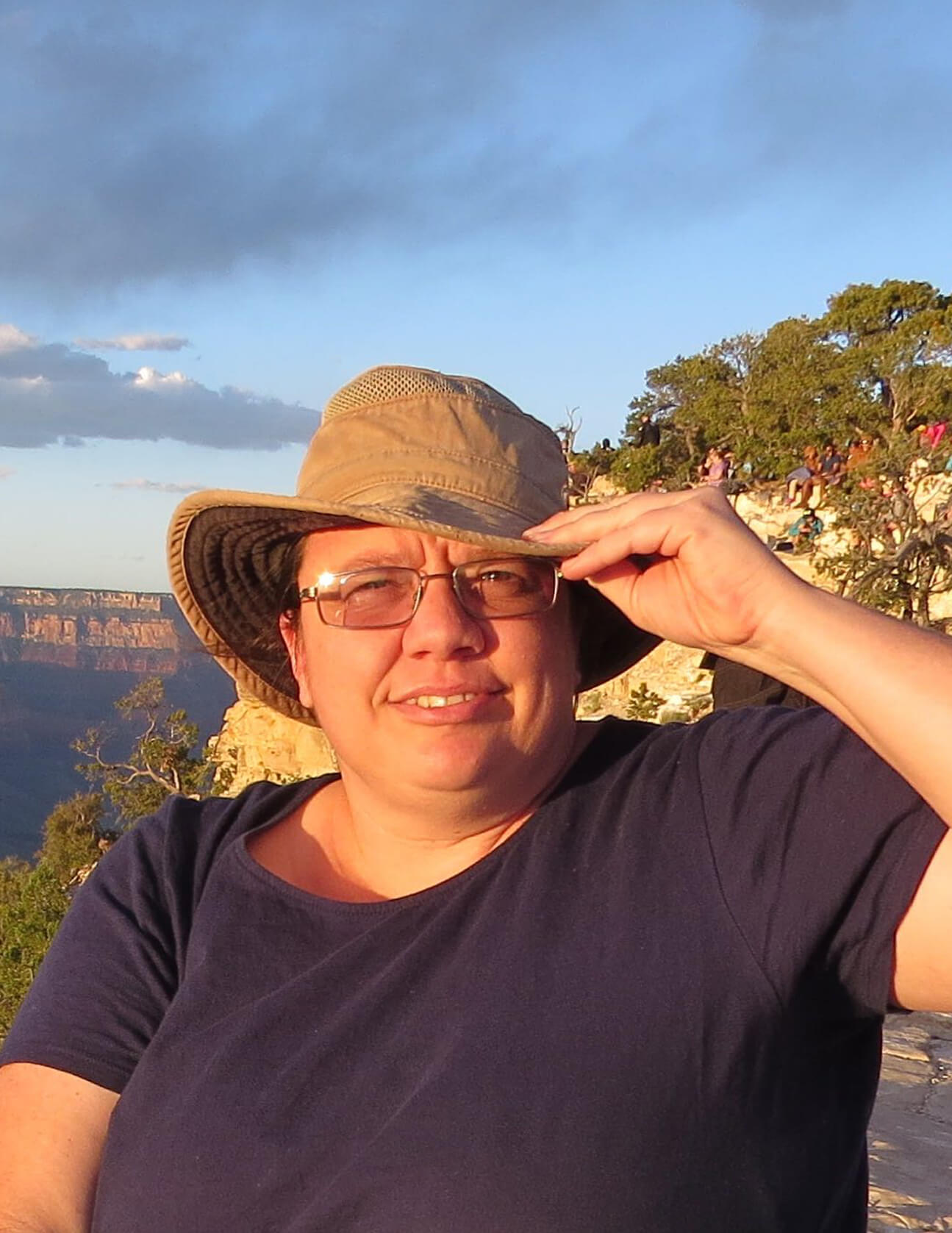 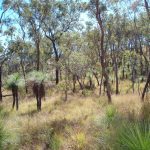 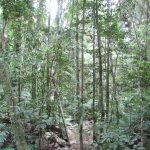 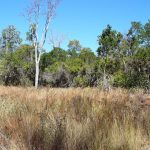 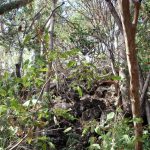 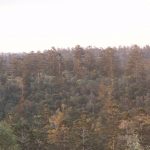 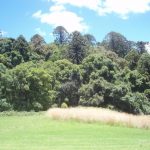 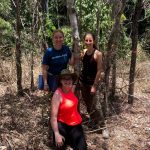 Boundaries between tropical rainforest and tropical savanna are frequently “sharp” – that is, the vegetation changes from savanna to rainforest within a few metres. Sometimes these boundaries coincide with abrupt changes in topography or soil type but, very often, there is no obvious change in the physical environment that explains these vegetation boundaries. Over the past few decades, evidence has been mounting that these abrupt boundaries are maintained primarily by fire, rather than by soil, topography or climate. Tropical savanna (Figure 1) is a highly flammable environment (with most Australian savannas being burnt every two to three years, on average), whilst rainforest is a fire-free environment. A rainforest with a mature, relatively undisturbed canopy, can suppress fire (Figures 2 & 3), however, repeated fires can destroy rainforest, and convert a site to savanna vegetation instead. 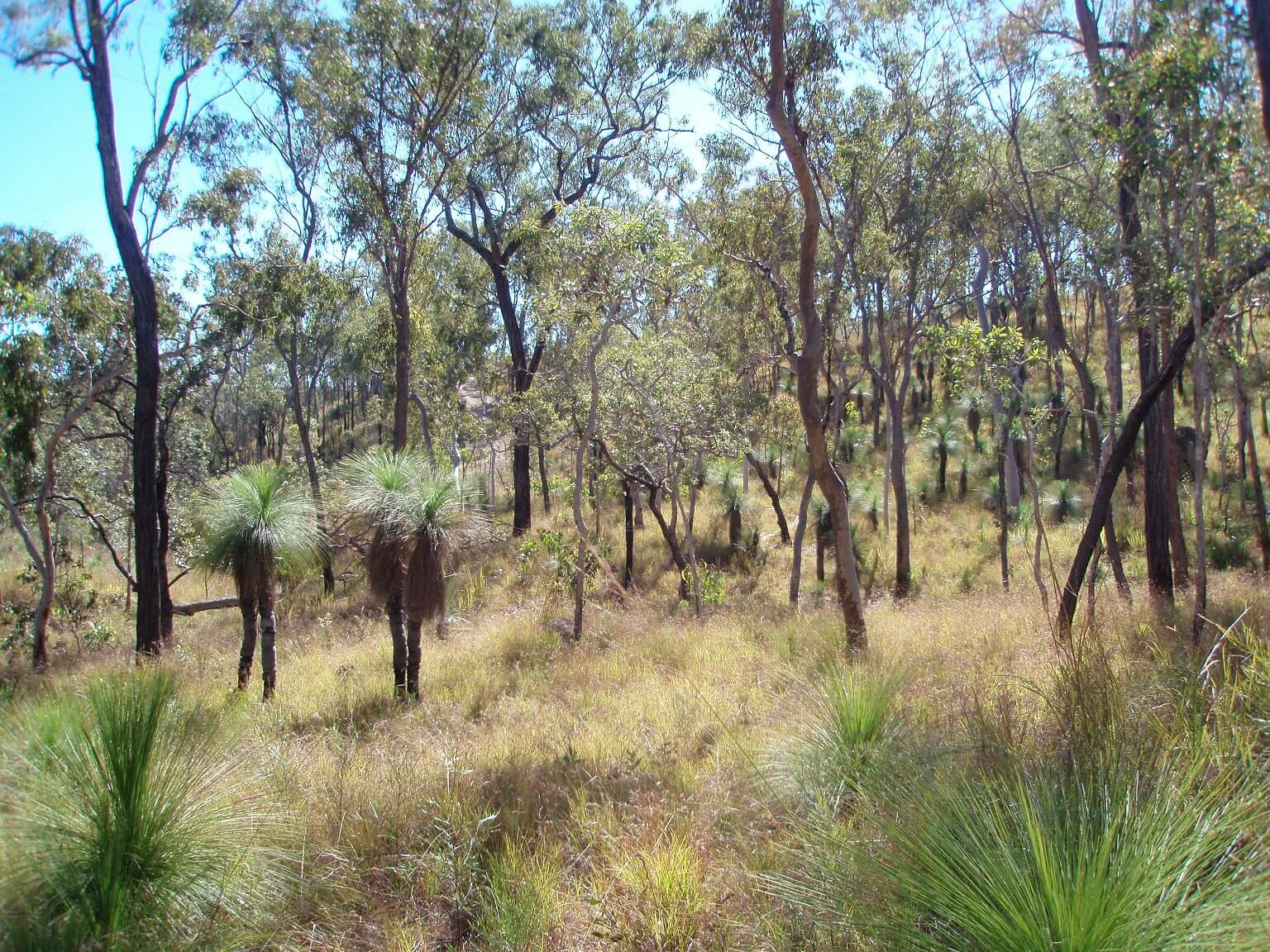 Figure 1. Australian tropical savanna. The canopy vegetation is very “open” (i.e., canopy vegetation is relatively sparse and light availability at ground level is very high). In Australia, savanna canopies are dominated by species from the eucalypt group (i.e., trees of the closely related genera Eucalyptus, Angophora and Corymbia). The eucalypt group are the most fire-adapted tree species on Earth: most eucalypt trees, once established, are able to survive moderate- to high-intensity fires; many of them contain volatile chemicals in their leaves and bark that encourage the spread of fire; and the seeds of most eucalypts will germinate only after fire. The ground layer of all tropical savannas is dominated by grasses, which are also highly flammable and encourage the spread of fires. 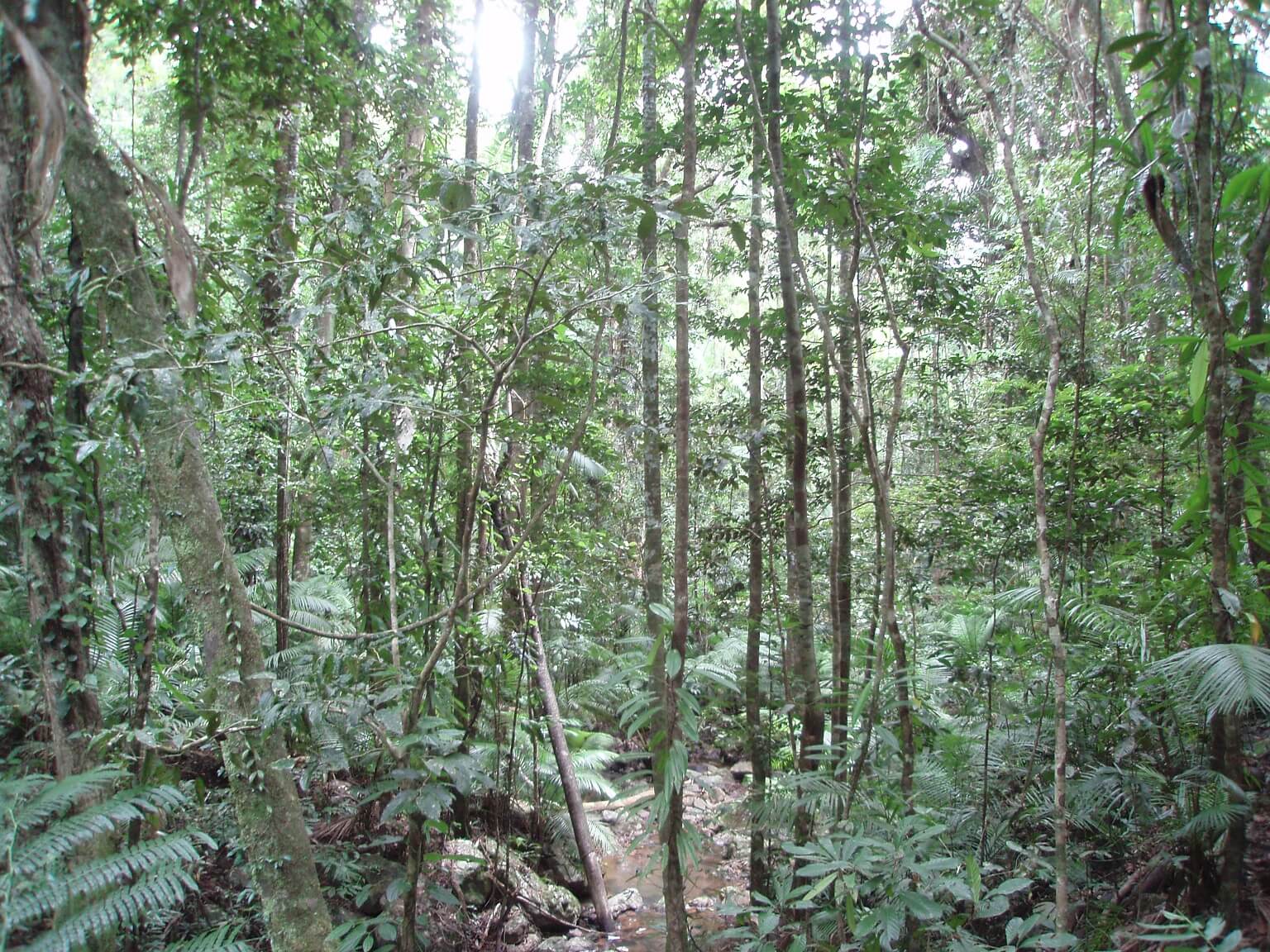 Figure 2. Australian tropical rainforest. Rainforest canopies are very dense, with typically only about 1% of sunlight reaching the forest floor. This intense shade creates an understorey microclimate that is cool and humid, which suppresses fire occurrence. Rainforest understories also typically do not contain sufficient fuel to support fires and most rainforest plant species are not particularly flammable. Luxuriant tropical rainforest occurs only in the wetter parts of Australia (e.g., regions with mean annual rainfall ≥1200 mm) but “dry” rainforest can occur in regions with rainfall as low as 600 mm per year, provided they are protected from frequent fire while the rainforest canopy is establishing. Once a rainforest (even a dry rainforest) has developed a mature canopy, it is able to suppress fire under most weather conditions.

Frequent fires appear to be the primary means by which savannas exclude rainforest from a landscape – however, savanna vegetation has an Achilles’ heel that rainforest can use to convert a site from savanna to rainforest: the seeds of savanna plant species almost universally require high levels of light availability to germinate, and their seedlings and saplings require high light availability to survive and grow to maturity. No savanna plant seedlings or saplings are able to tolerate the dense shade found in rainforest understories, and many savanna species are unable to withstand the plant pathogens encouraged by the humid conditions within a mature rainforest. In contrast, rainforest seedlings and saplings have evolved many adaptations to survive and grow within the cool, dark and humid rainforest understorey. If rainforest plants are able to colonise the understorey of a savanna they can, over time, create an understorey that prevents savanna plants from reproducing, and, once the adult savanna trees reach the end of their lifespans, rainforest vegetation can take over the site completely. The only known way for savanna vegetation to prevent the colonisation of rainforest is through frequent fires, which kill rainforest seedlings and saplings before they are able to establish a “closed” canopy (i.e., a dense canopy that produces deep shade below it). 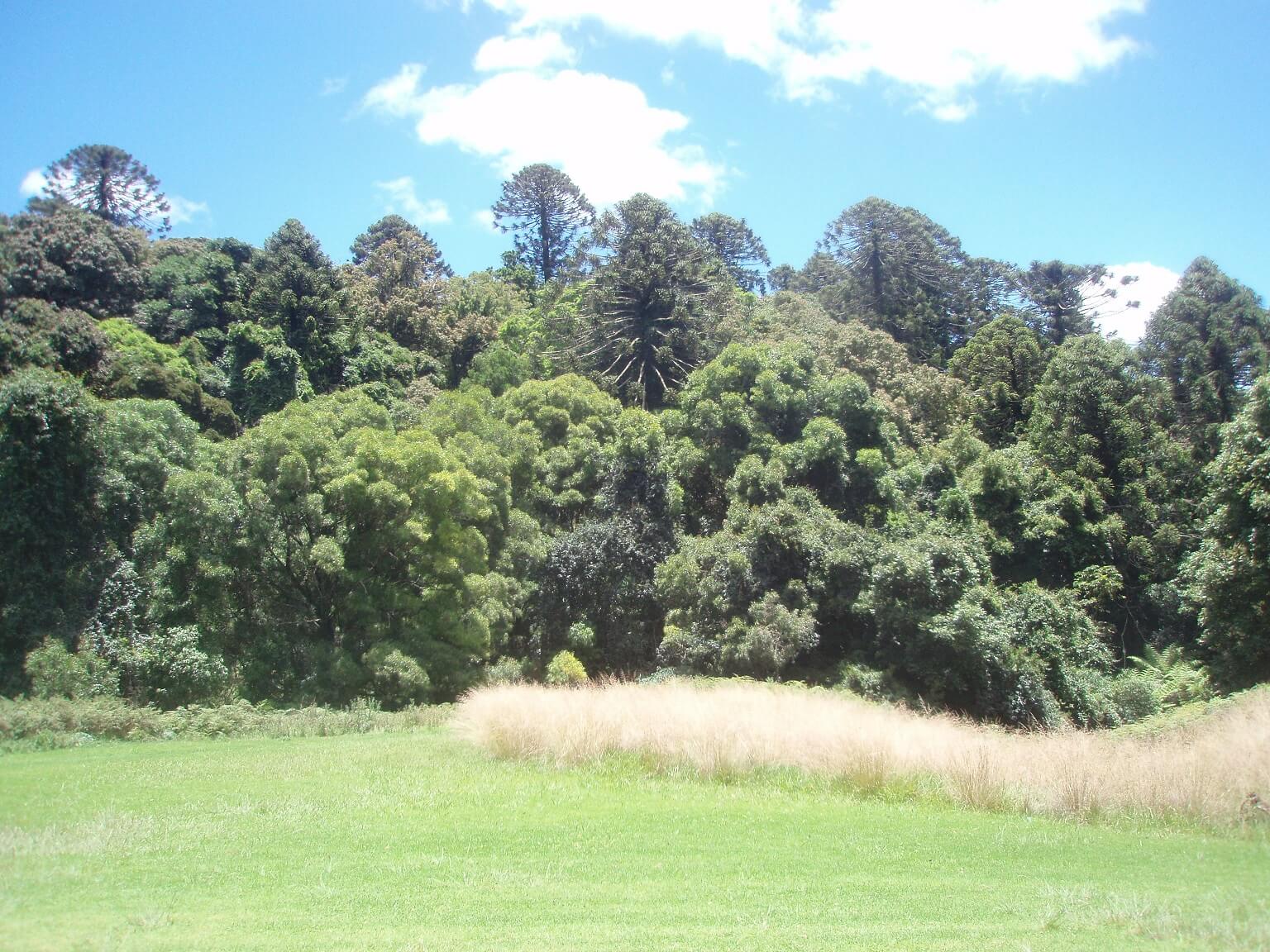 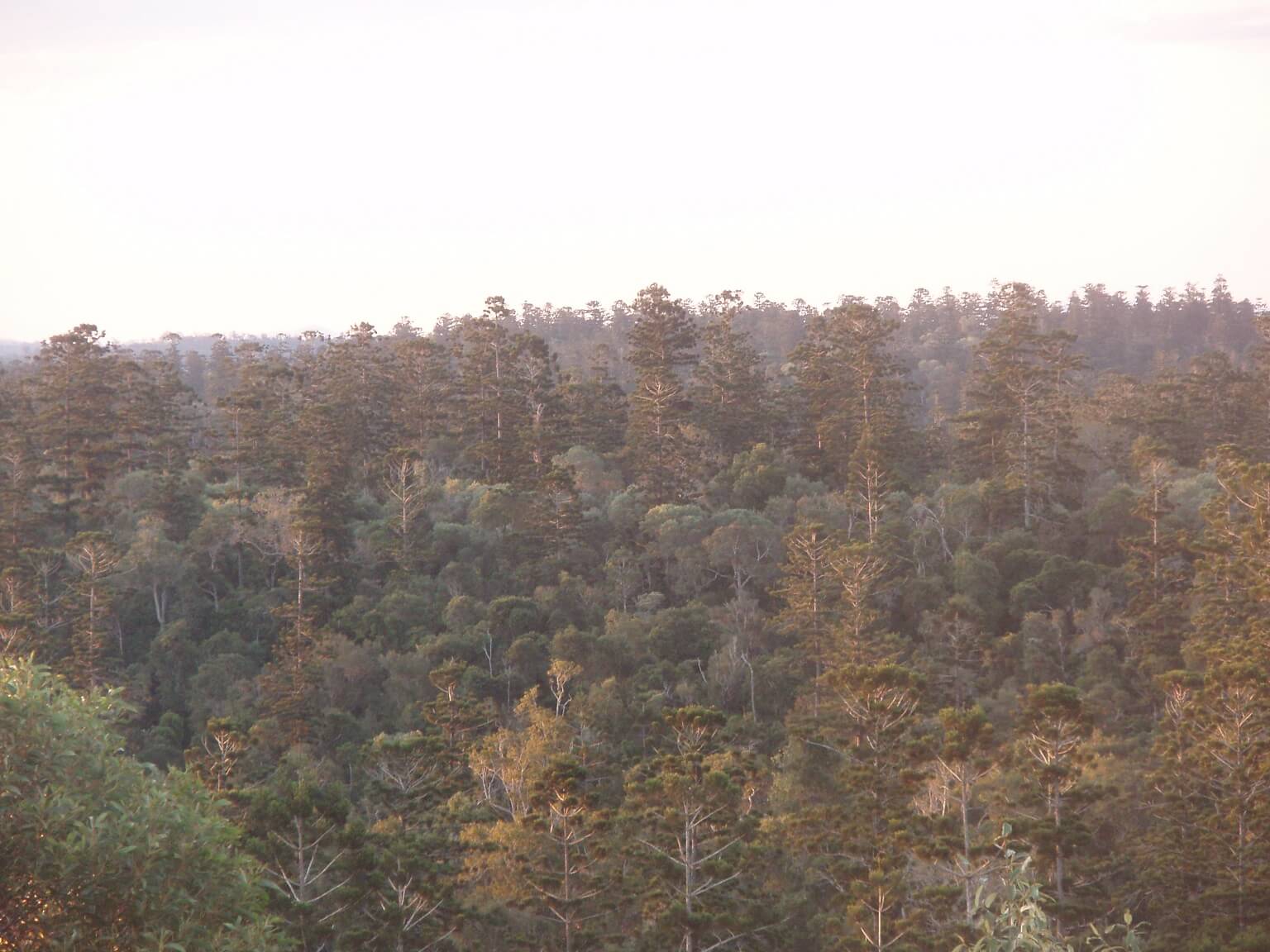 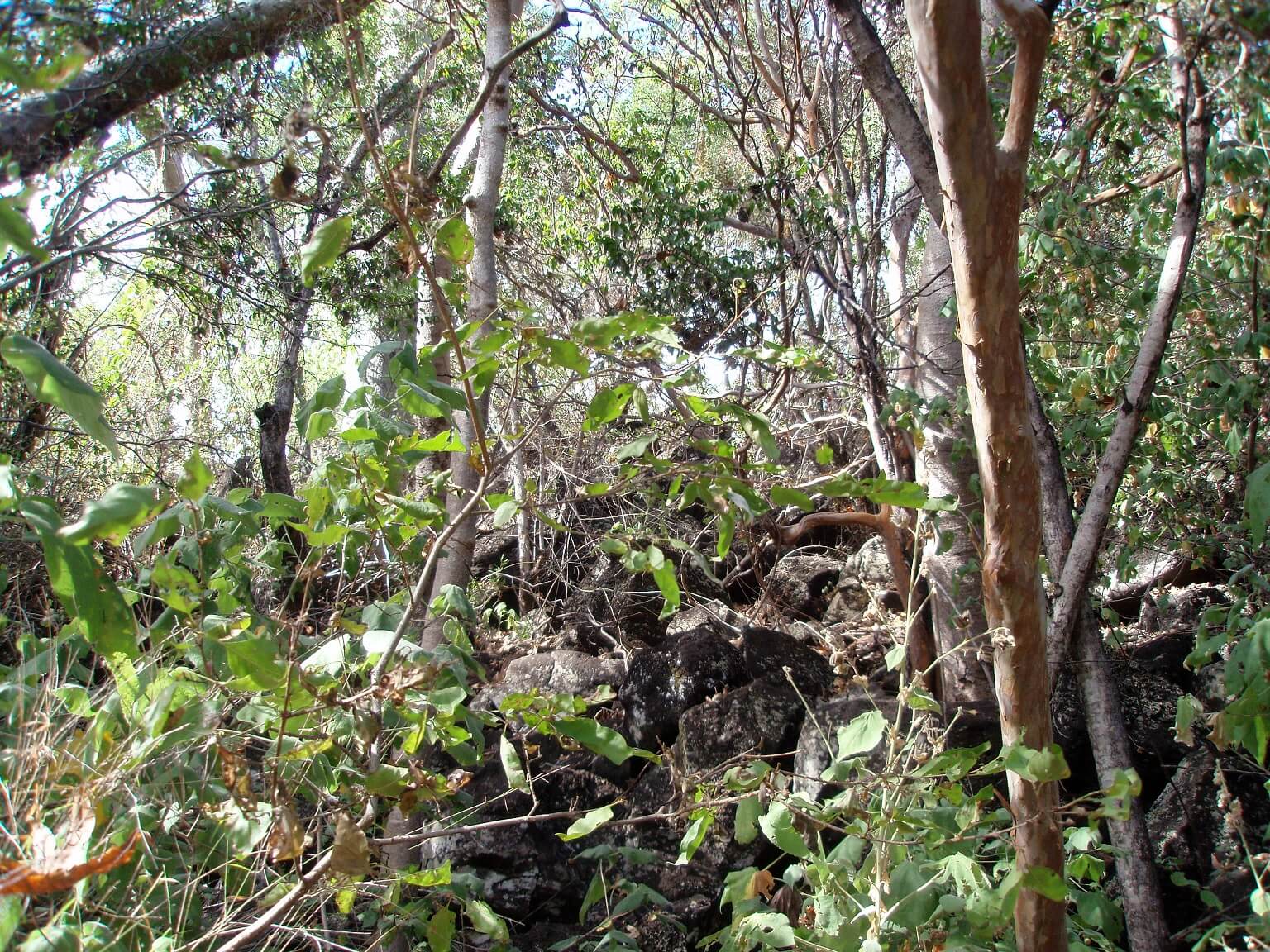 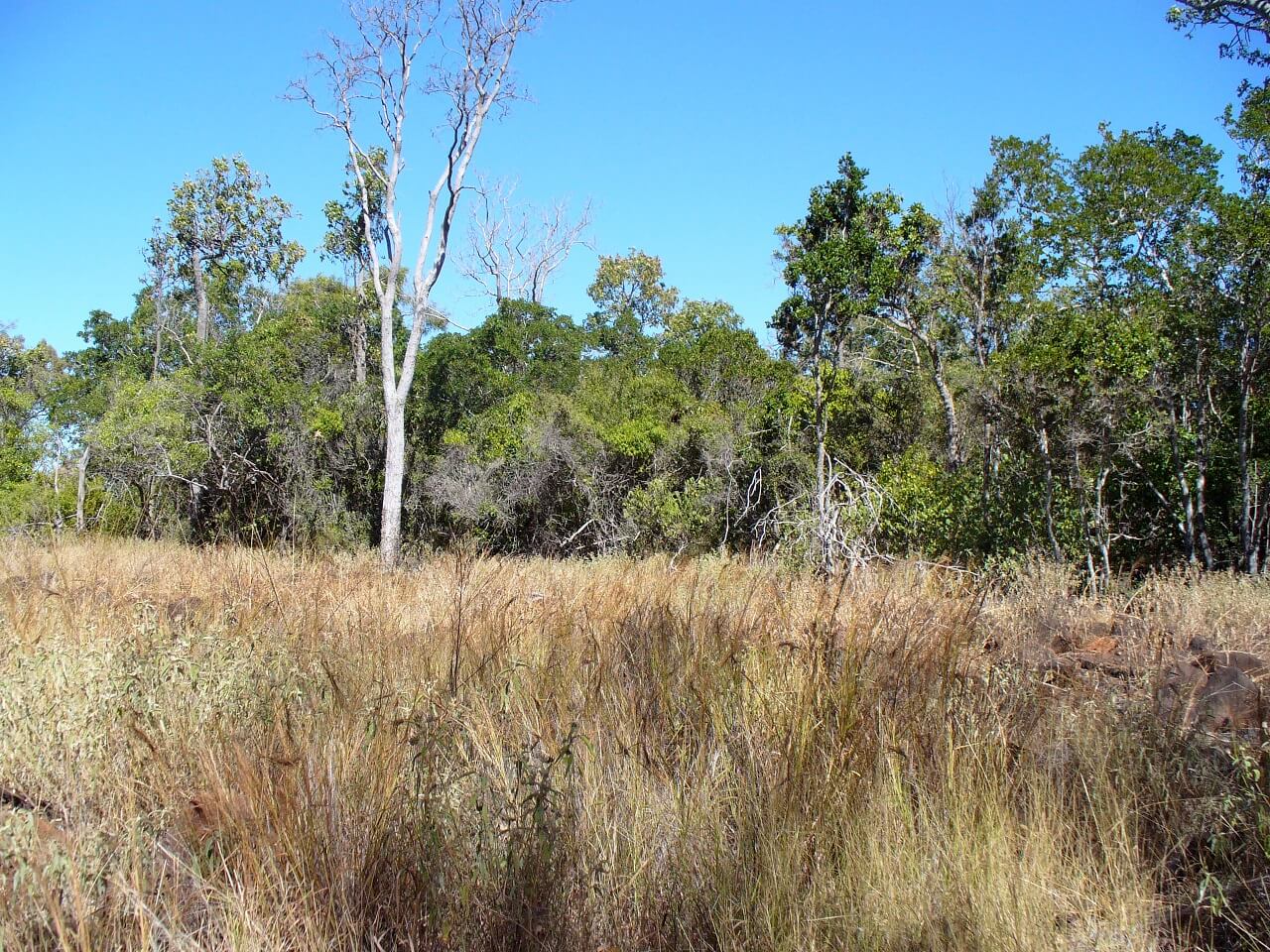 Although we have relatively abundant evidence of the importance of fire in maintaining the boundaries between rainforest and savanna, we know far less about the processes involved in converting savanna to rainforest. For instance, how many years must pass between fires to allow rainforest to establish a dense enough canopy to prevent savanna plants from reproducing? How close must a savanna site be to an existing area of rainforest to allow rainforest seeds to disperse to the savanna site? Do aspects of the environment that affect plant growth rates (e.g., soil fertility, mean annual rainfall) affect the time that must pass between fires to allow rainforest to successfully colonise a savanna, perhaps by influencing how quickly the rainforest is able to establish a closed canopy? Can adult savanna trees above a young rainforest canopy encourage the occurrence of fire, and perhaps reverse the colonisation of a site by rainforest?

To address at least some of these questions, this semester, we are examining a site in tropical savanna that has not been burnt in the past 30 years. This site is bordered by a creek with a narrow strip of dry rainforest growing next to the creek line. We are examining this site to see whether (1) there is evidence of rainforest species colonising the adjacent savanna, and (2) whether sites closer to the creek (and the existing dry rainforest) show more evidence of rainforest colonisation than sites further away from the creek. 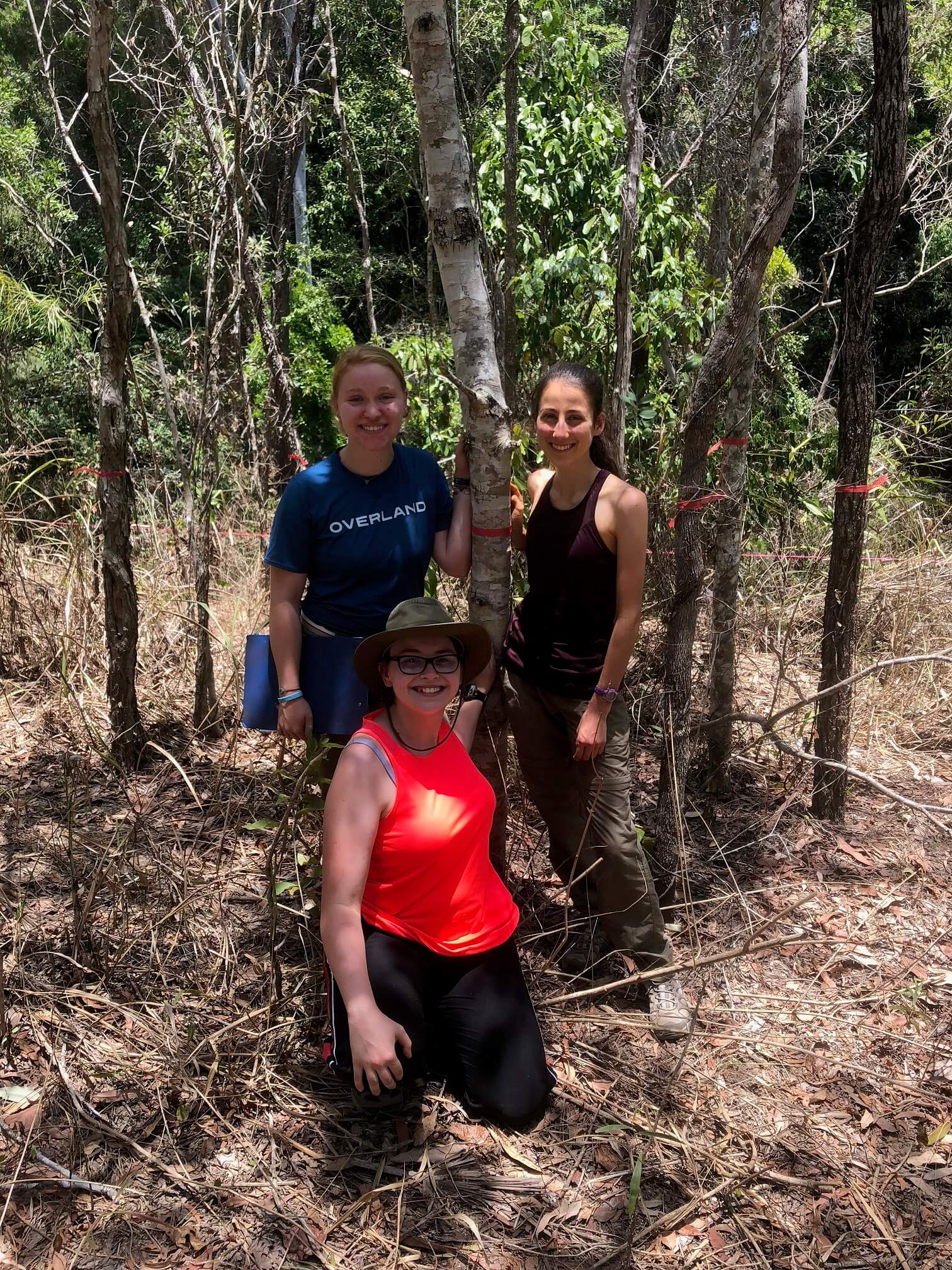 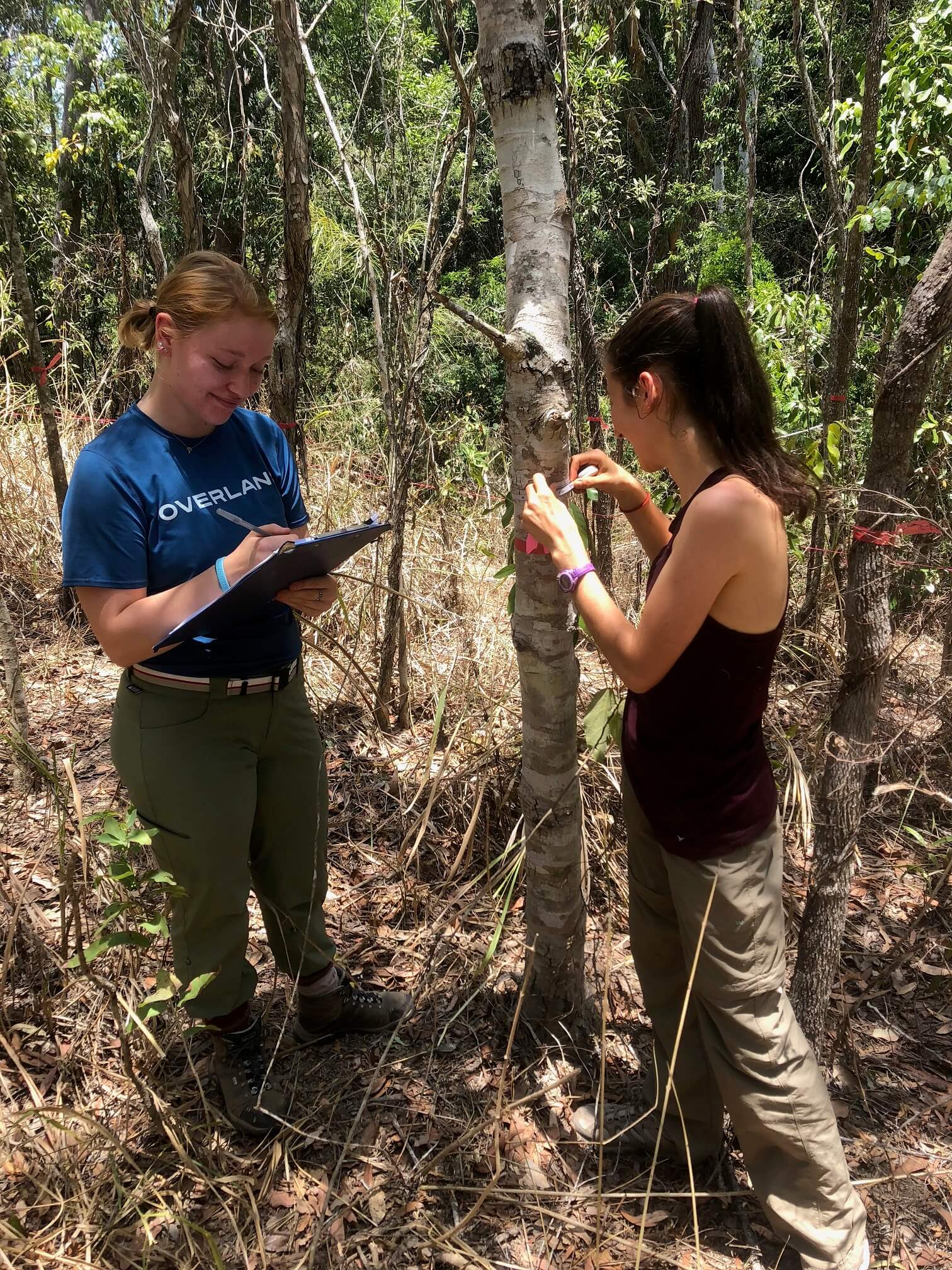 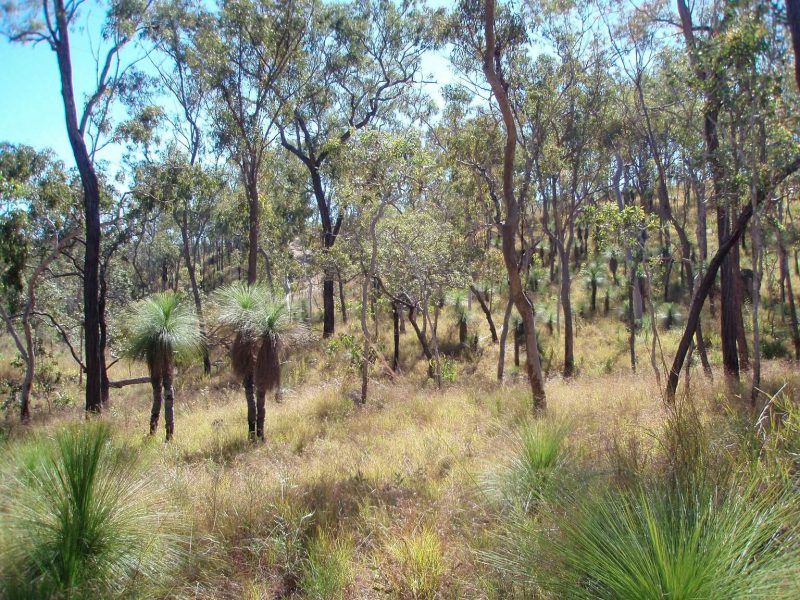 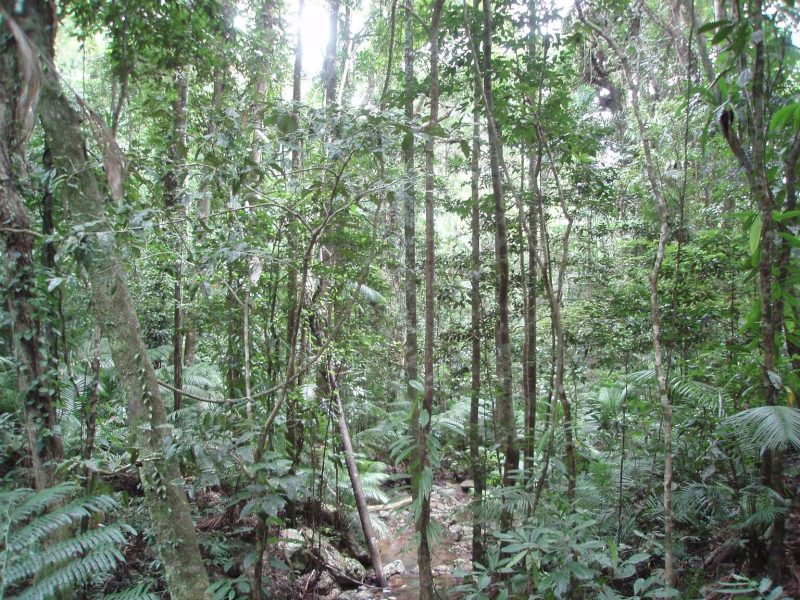 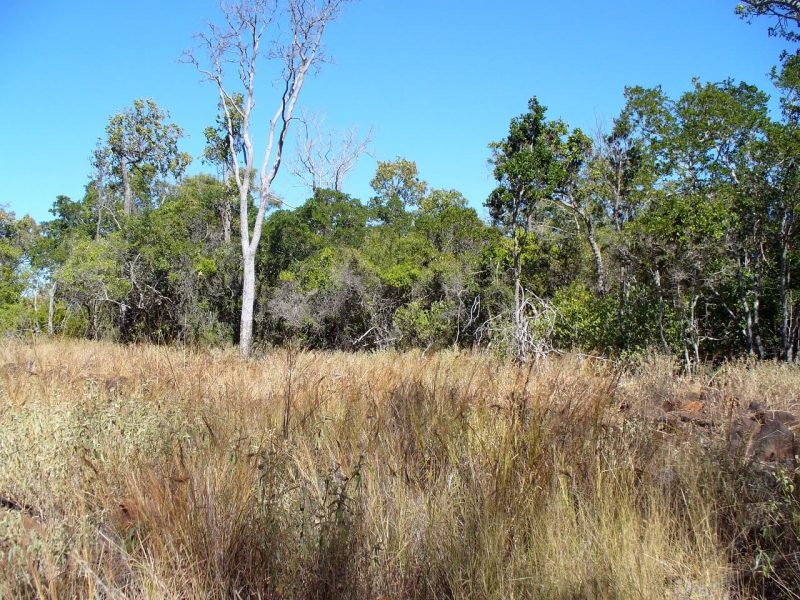 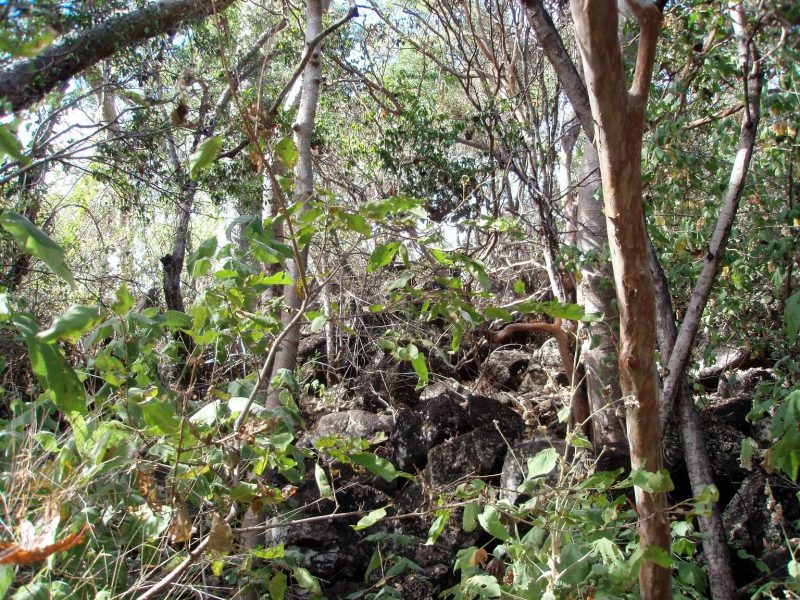 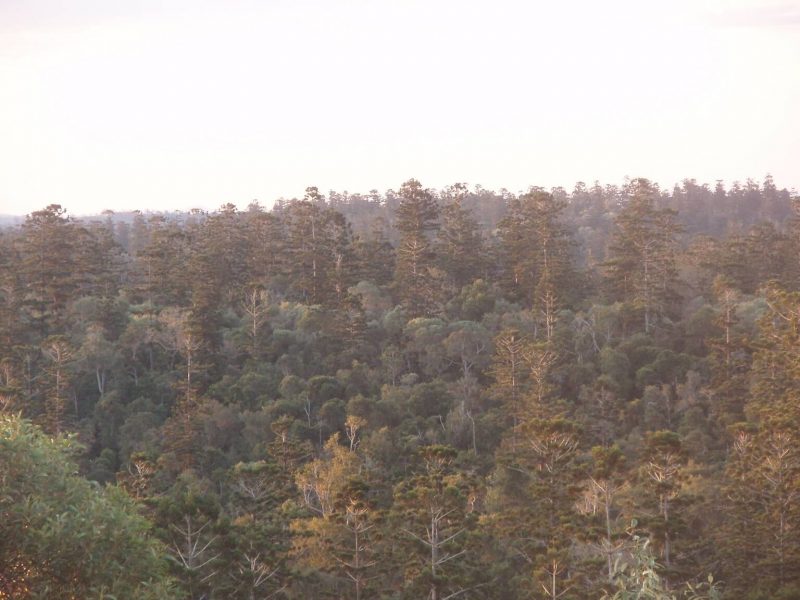 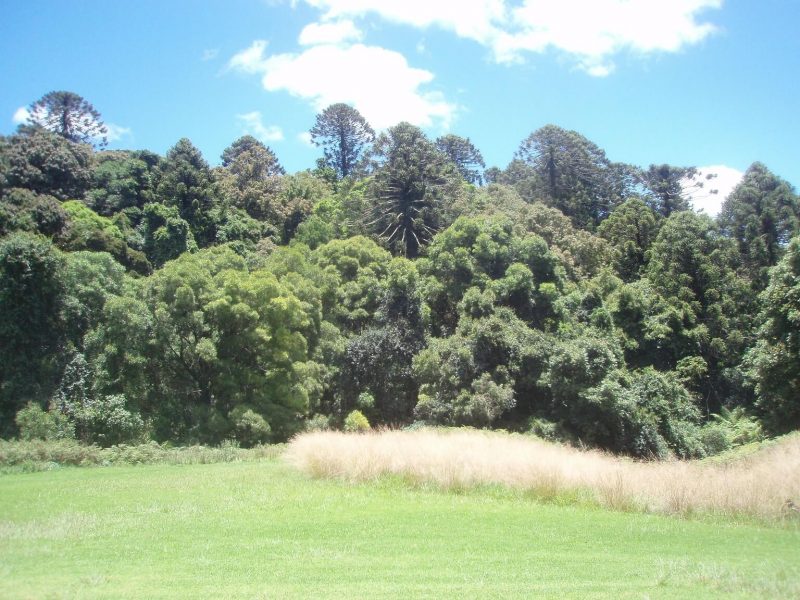 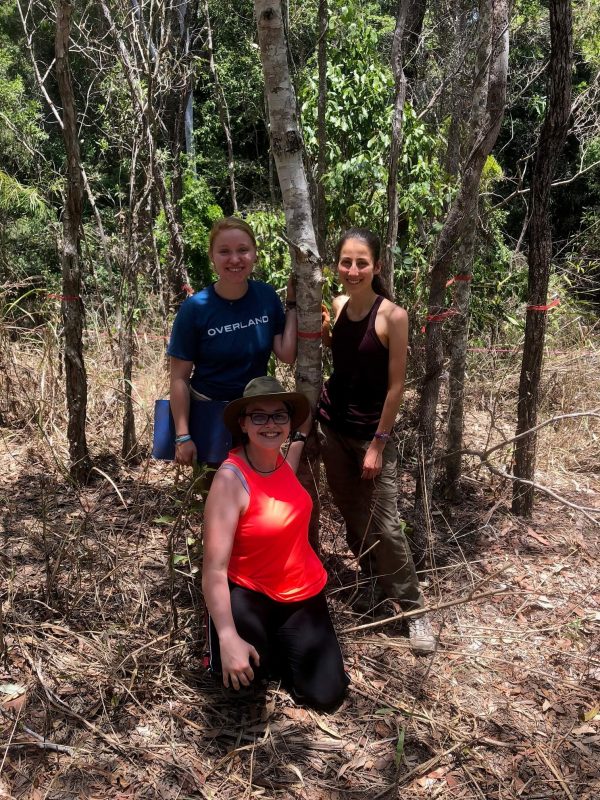 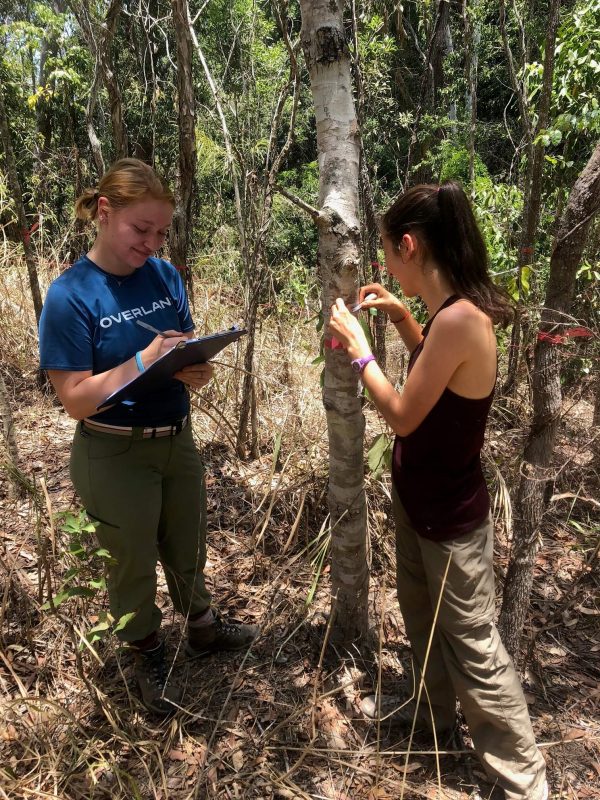