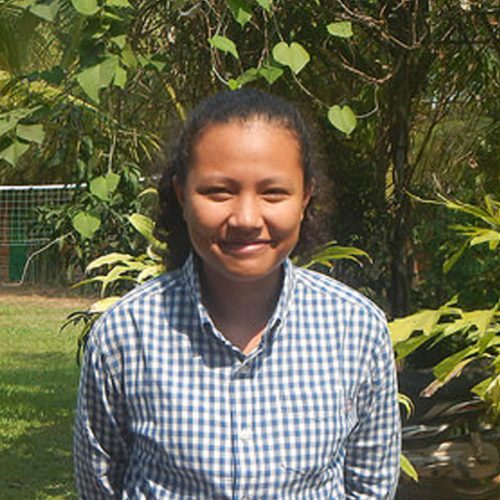 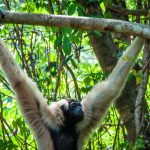 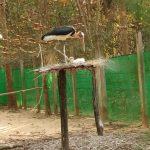 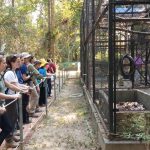 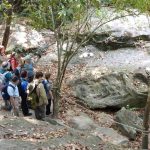 The gibbon ‘Jumper’ looks at us and then keeps travelling through the forest, relying on her long arms to jump from one tree to another. Only her missing leg reminds us of her hard past of being captured by wildlife traders. She had a wound on her leg that was severely infected and had to be amputated by a vet of Angkor Centre for Conservation of Biodiversity (ACCB). SFS Cambodia students visit ACCB, a wildlife rescue and rehabilitation center, during their first week in Cambodia. 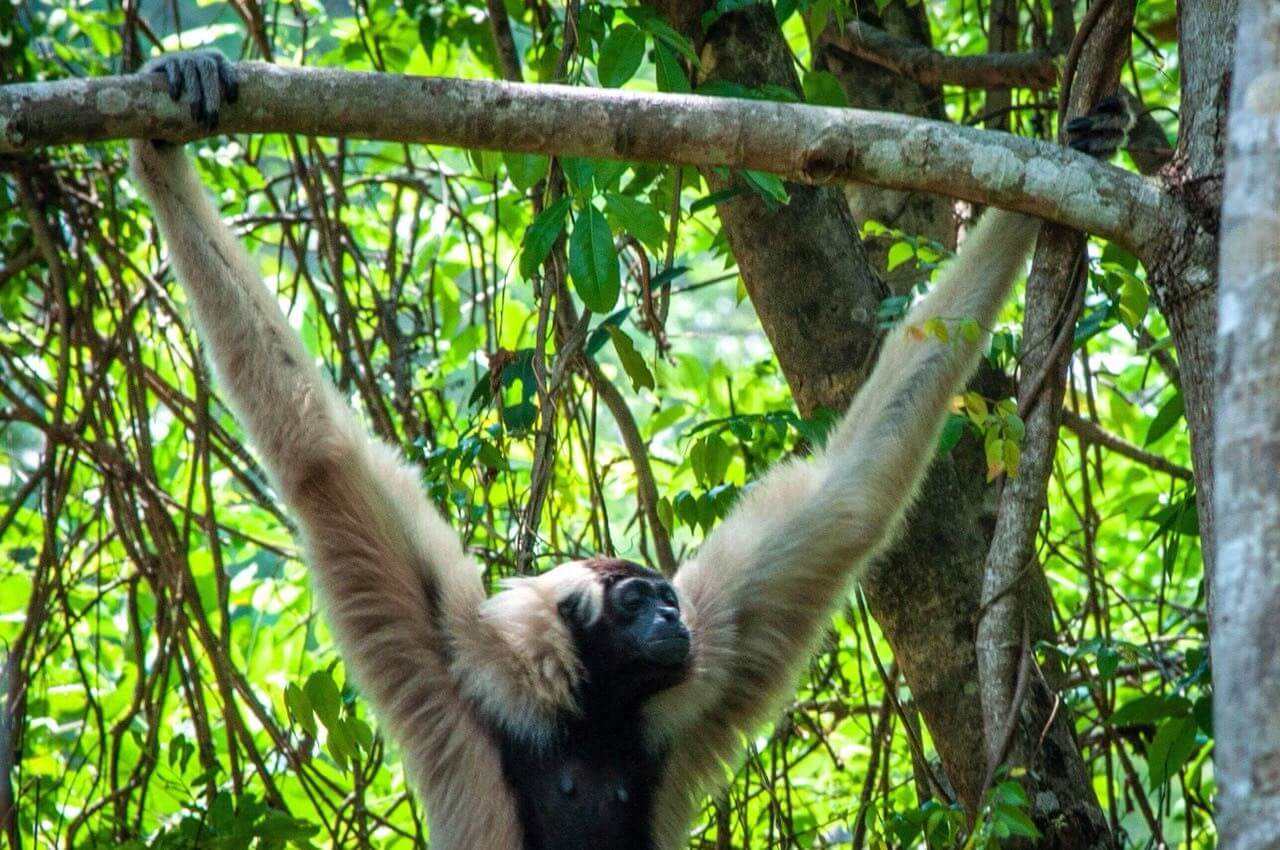 ACCB is a German NGO and one of the first wildlife rescue and nature conservation centers in Cambodia. They work on wildlife rehabilitation and release, conservation breeding, environmental education and field research. SFS students listen to a lecture from the center director about their rescue methods and the animal wildlife trade situation in Cambodia as part of Dr. Megan English’s Conservation Science class. Afterwards our students see the 43 species of wild animals that currently live at ACCB such as the civet, hornbill, giant ibis, macaques and gibbons. Jumper is now living in an open-topped enclosure at ACCB. In this kind of enclosure animals that have spent years of their life in captivity or human care can practice the skills necessary to survive in the wild. ACCB uses these enclosures as pre-release enclosures to monitor whether the animals are capable of foraging for food on their own, hunting, and avoiding predators. 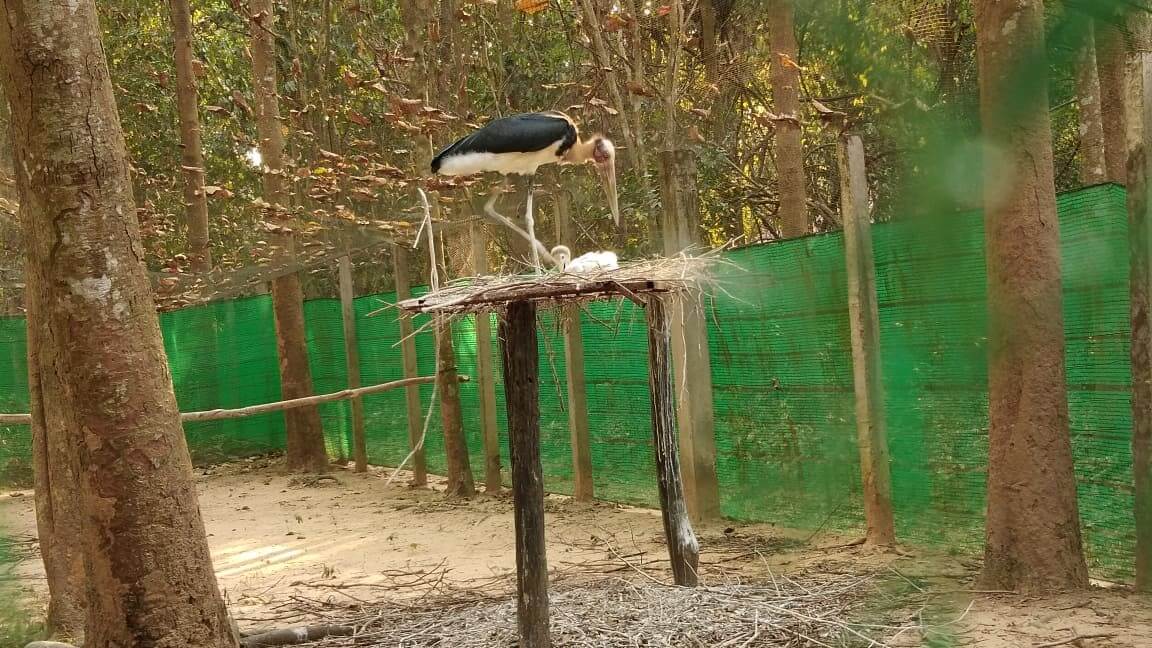 The SFS Cambodia students learn about these release techniques that ACCB utilizes, as well as their work in the conservation breeding of globally threatened species, such as the Lesser Adjutant Stork, the Elongated Tortoise and the Leopard Cat. The visit to ACCB highlights some ongoing challenges for conservation but also showcases some success stories. During the field trip, students met a female and male pair of leopard cats that are not suitable for release as they were raised by humans from a young age and have never honed their natural instincts of hunting. Students learned that their three kittens though had the possibility to practice hunting in the forest from a young age as a result of their opportunities with ACCB. When the kittens were older, ACCB conducted a soft release after assessing the hunting skills of the cats. The three young leopard cats were then put in a small enclosure at a release site with the door left open and a camera trap monitoring them coming and going. After three nights they did not return and stayed in the forest. 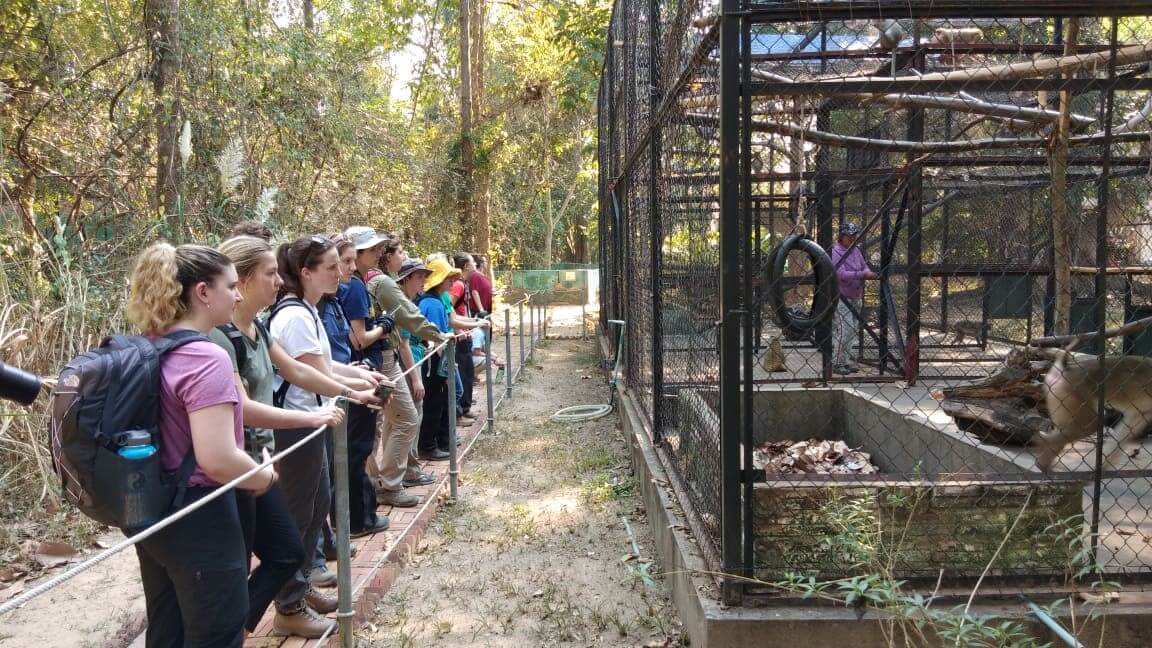 ACCB’s location in Phnom Kulen National Park, surrounded by forest, is perfect for animal release and gives our students the possibility to discover the surrounding nature and the historical site Kbal Spean.

On the hike up to the Kbal Spean Mountain, the students learn from Dr. Lisa Arensen about butterflies and have the chance to do their first nature observation in the field through drawing and species analysis as part of their Ecosystems and Livelihoods Class. Reaching the waterfall, students see the sacred ancient Khmer images of the 11th century carved in the riverbeds below the flowing rivers. The motifs show Hindu Gods as well as the Yoni and Linga, female and male symbols of fertility and prosperity. This blesses the water that flows down with spiritual fertile energy and brings us luck walking in the riverbeds below the pilgrimage site.

This was an incredible day of learning in the field! 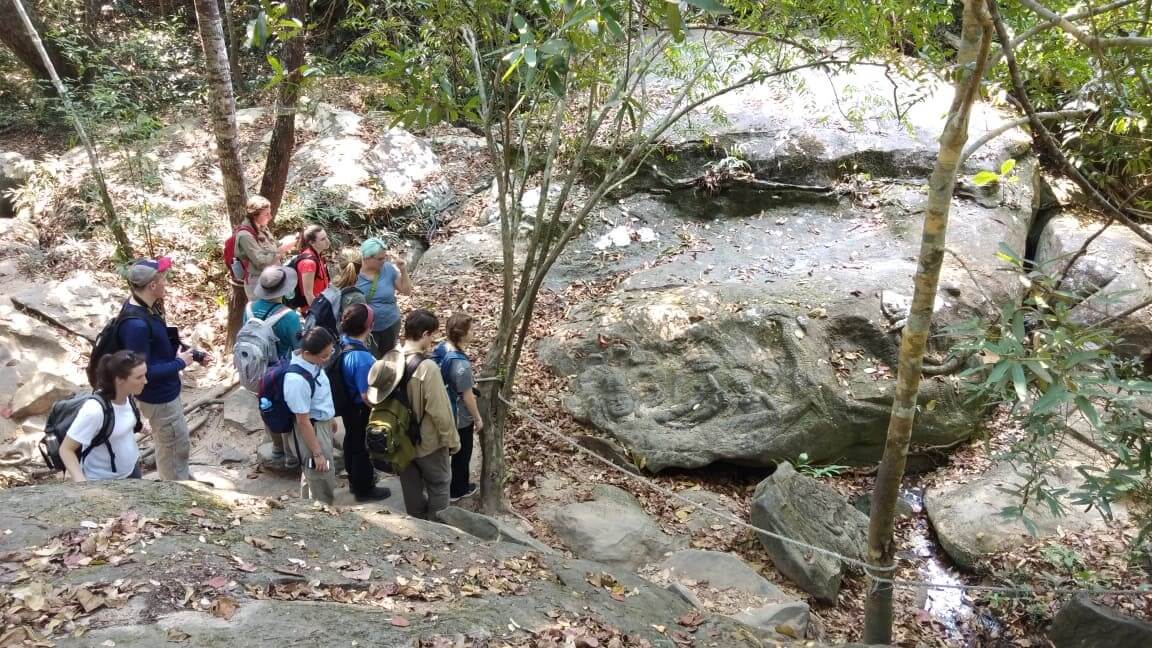 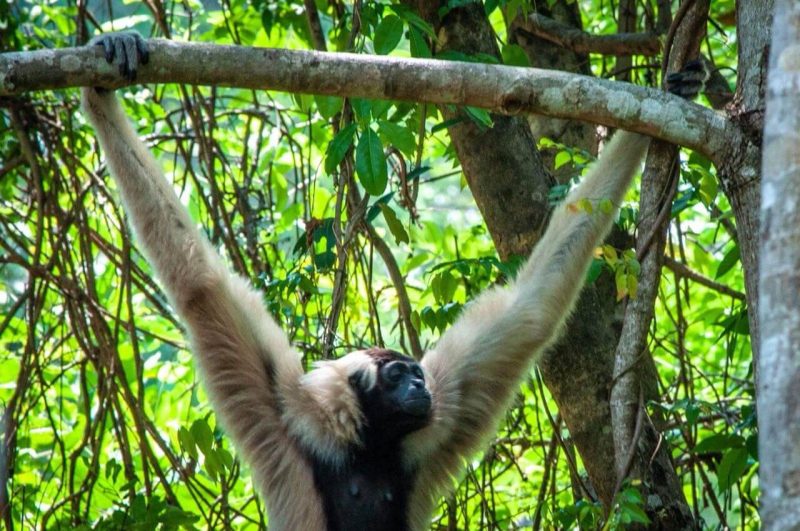 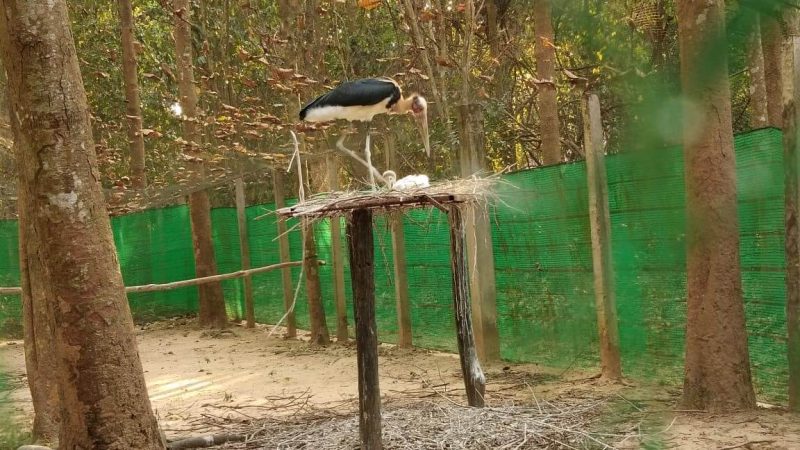 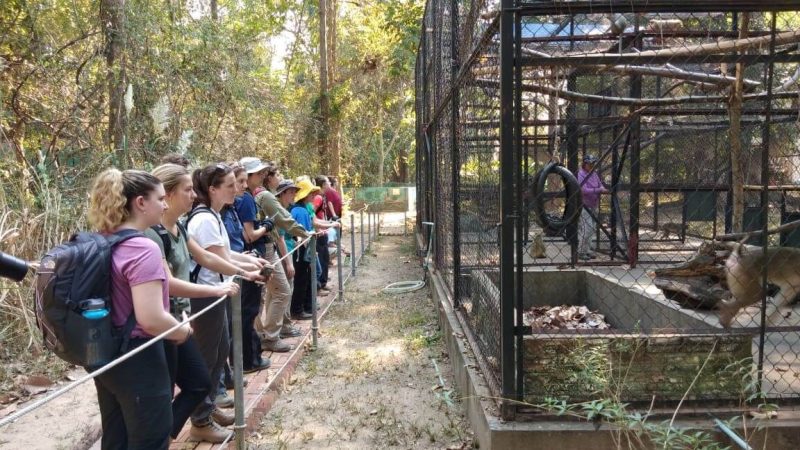 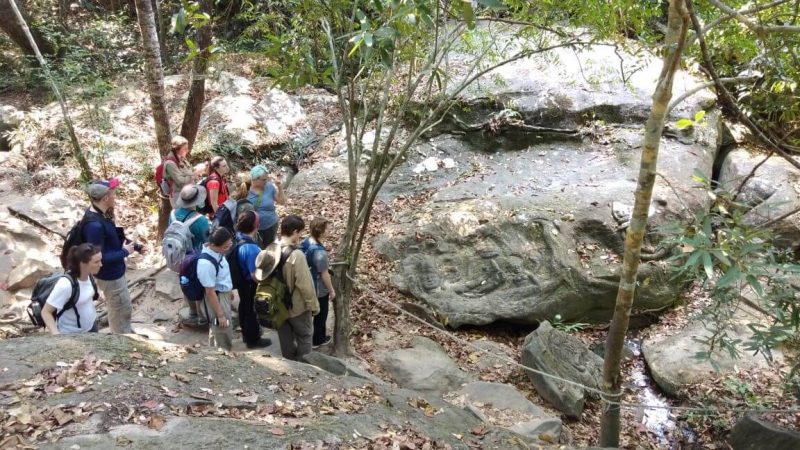