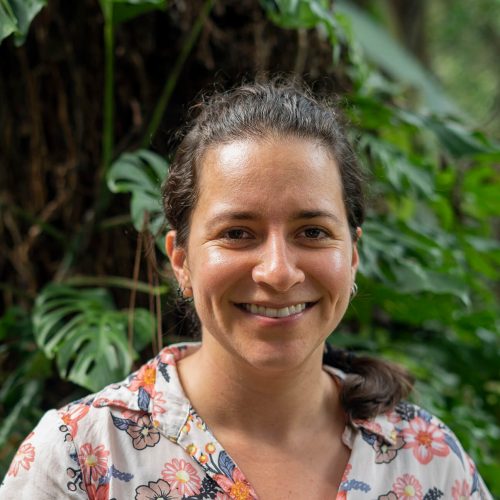 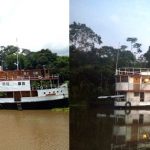 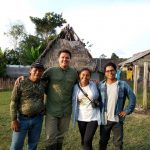 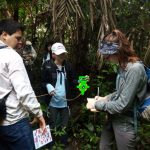 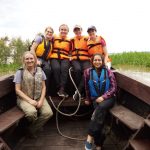 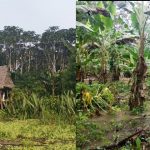 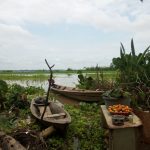 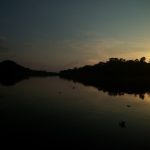 People and Conservation in the Western Amazon

Last week, we had the opportunity to visit Tamshiyacu-Tahuayo, a protected area located in northeast Peru, fairly close to the point where the Ucayali and Marañón rivers meet to form the so-called “birth” of the Amazon River. Thousands of organisms inhabit this area of about 4,200 km2 (1,620 mi2), including emblematic species such as the giant river otter (Pteronura brasiliensis), the harpy eagle (Harpia harpyja) or the pink river dolphin (Inia geoffrensis), once believed a mythical creature able to become a man and seduce young girls from the local villages. However, there are not only mysterious animals living in this region; about 4,500 people also dwell, mainly along the riversides, subsisting primarily on agriculture, hunting and fishing. This is possible because Tamshiyacu-Tahuayo is a Regional Conservation Area.

In Peru, there are three types of protected areas; National, Private and Regional Conservation Areas (RCA). Management varies depending on if they are areas of indirect use (ex. tourism, research, etc.) or direct use, where resource extraction is allowed (under certain regulations). As their name indicates, RCAs are managed by the regional governments, and were created with the purpose of ensuring the sustainable use of natural resources at the local level, while conserving ecosystems of national and international importance. Tamshiyacu-Tahuayo RCA is managed by the Loreto Government, and it is considered highly important, not only as a source of food for local people, but also because it protects floodable forests, a particular ecosystem that consists of extensive areas that are inundated every year during the rainy season (from November to May). In some cases, water level can raise up to 10 m (30 feet!), and maintain that level for several weeks.

How do these changes affect wildlife populations and local communities? What are the implications for conservation and the implementation of management plans? That is precisely what a group of researchers, led by biologist Richard Bodmer, has been studying for more than 30 years in the Western Peruvian Amazon. Aboard historical boats such as the “Río Amazonas” (that witnessed the Rubber Boom era in Iquitos) or the “Clavero” (that survived the armed confrontations against the Ecuadorian army at the beginning of the 20th century), this team has been monitoring populations of aquatic, terrestrial and arboreal species in order to understand their fluctuations through time. Additionally, they have worked along with the communities to create guidelines to improve fishing and hunting practices and, with the assistance of the local authorities, they have also been able to reduce over-exploitation by outsiders since the 1980s, ensuring that these resources are used in a sustainable way.

“Río Amazonas” (left) and “Clavero” (right) boats, docked at the Yarapa riverside. “Clavero” was our headquarters during our 5-day trip 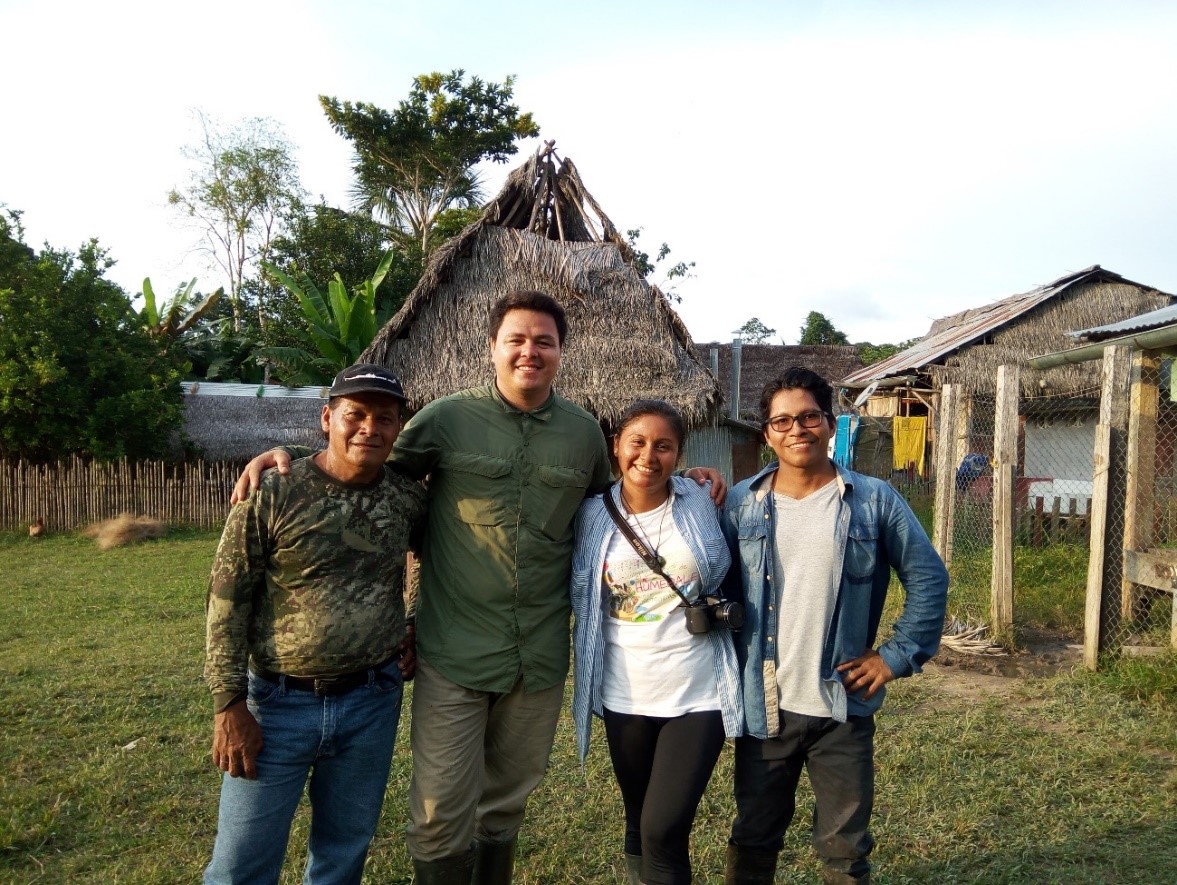 During our field trip, we collaborated with this project, surveying primates, macaws, fishes, and other species that can indicate fish productivity (i.e. caimans, fishing bats, river dolphins and shore birds). We also had the chance to visit the communities of “Villa Belén”, located at the edge of the Yarapa River, a tributary of the Amazon River. We visited Juan José’s “chacra”, a farming plot that every year remains under water for about two months. In spite of what some people would consider a disadvantage, farming in these areas can be quite convenient since these rivers travel long distances from the Andes, carrying high amounts of sediments and nutrients that end up fertilizing flooded soils every year. Consequently, farmers like Juan José, are able to plant a high diversity of crops, including bananas, yucca, pea-nuts, beans, papaya, and several varieties of peppers, among others, without needing to apply fertilizers. Juan José’s family consumes part of these products, while the rest is sold at local markets. (Fun fact: Some of the fruits and vegetables produced here are bought by Bodmer’s team to feed researchers, students, volunteers, tourists and local staff aboard of “Clavero” and “Río Amazonas” boats). 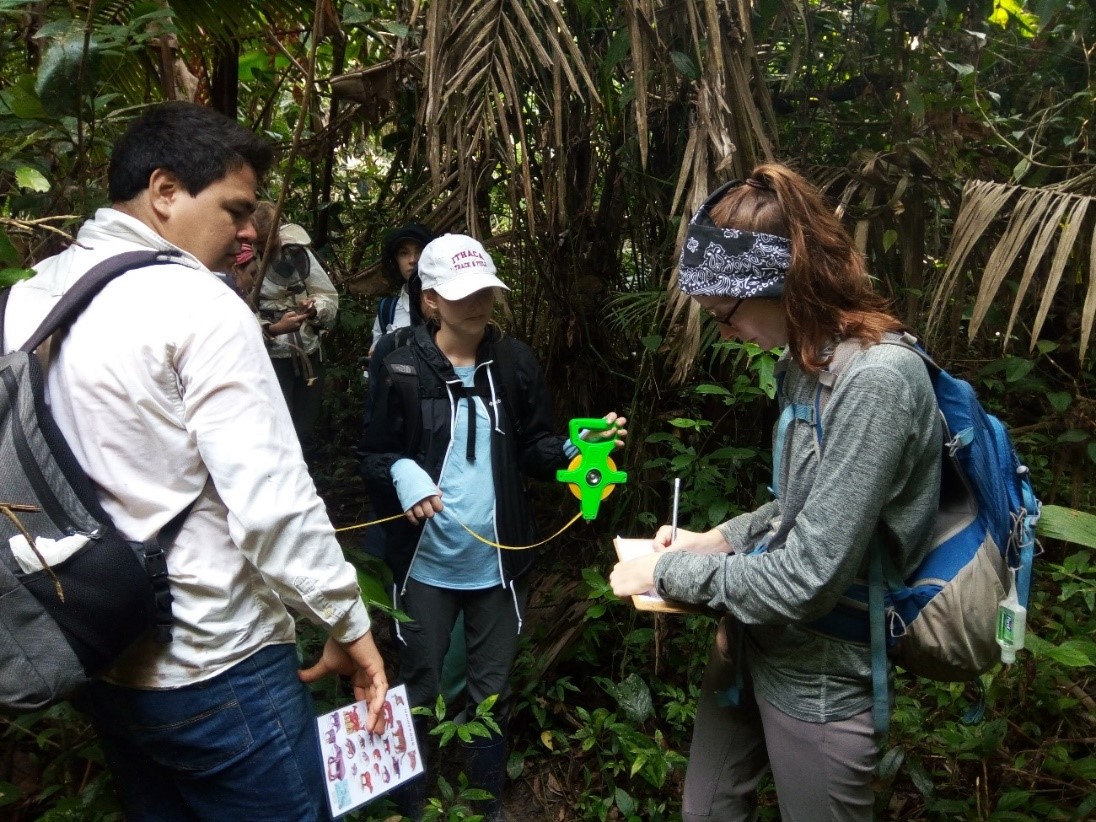 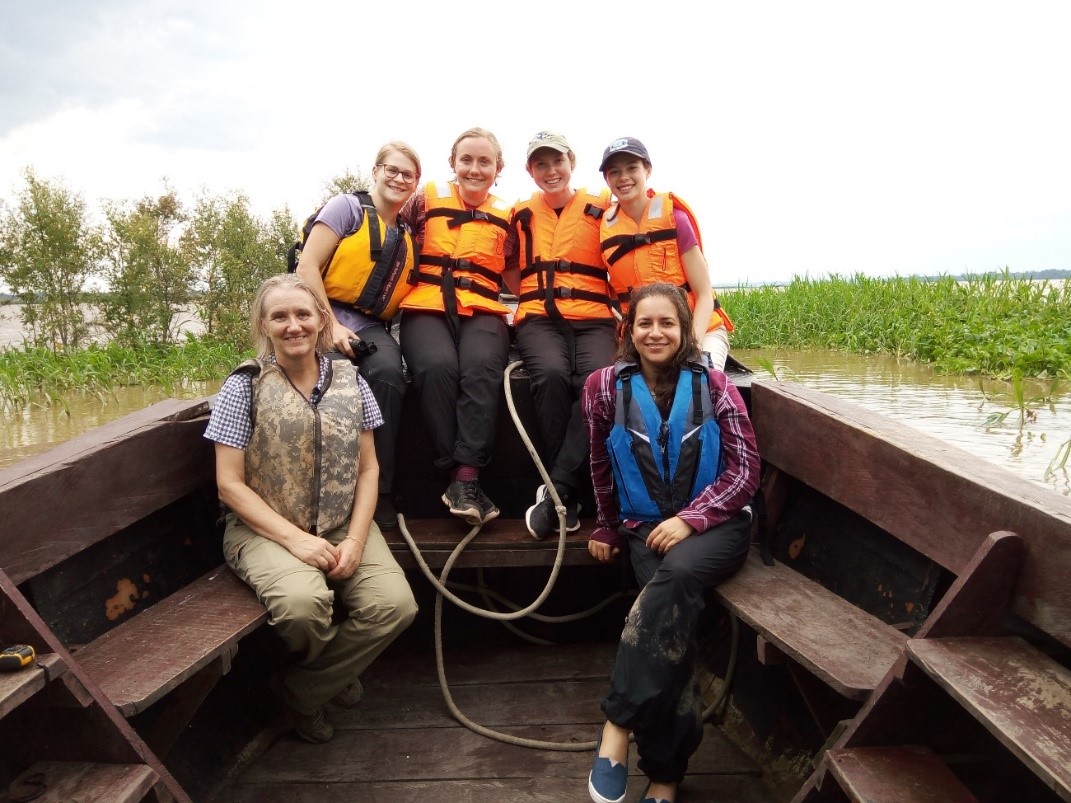 Students Steffani O’Neil, Julie Gerrits, Claire Mohney and Katelyn Hammel, Professor Lisbet Christoffersen and myself after a two-hour boat ride surveying river dolphins. In the back, the Amazon River 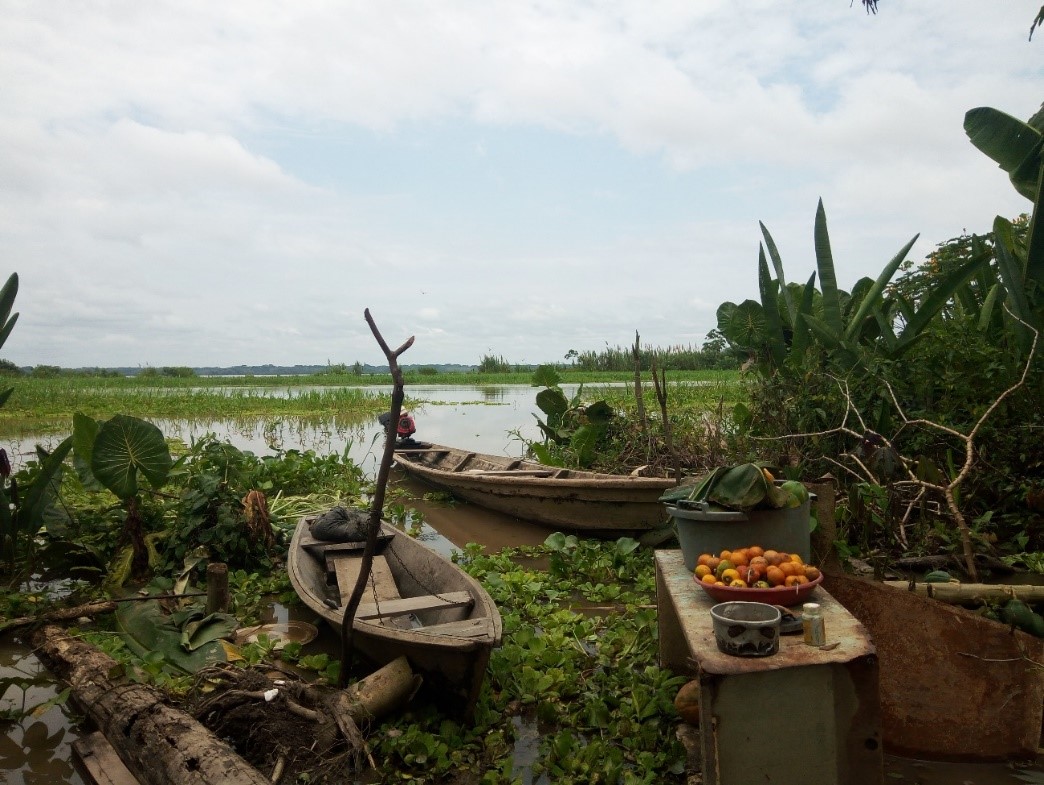 Canoes used by Juan José’s family to go fishing, and as their main means of transportation. On the right side, papayas (Carica papaya) and “cocona” (Solanum sessiliflorum) fruits to be sold on the local markets

In this matter, people like Juan José can provide food to their families all year long, by feeding on the products that they harvest, as well as on the animals that they obtain directly from the Yarapa River and the nearby forests. During the flooding season, when “chacras” are underwater and fishing and hunting become harder (since fishes are scattered and terrestrial animals migrate to other areas to look for refuge), these people rely on the money obtained by selling their products, to buy food in the local markets. This system has worked out well for generations, but unfortunately, during the last decade floods have intensified during the high-water season, and periods of drought have occurred during the low-water season. These changes, presumably produced by climate change, have affected wildlife populations (see Bodmer et al. 2018), as well as local communities. For instance, in 2017, a severe flood wiped out most of the “Villa Belén” community. Out of 32 families, only seven, including Juan Jose’s, were able to return to their “chacras”, while the rest had to move out and look for other opportunities somewhere else.

However, climate change is not the only threat that amazon ecosystems face. Illegal mining, oil spills, habitat destruction, construction of roads, and more recently, plans for dredging the Amazon and Marañón Rivers to construct the “Hidrovía Amazónica”, are just a few examples of anthropogenic impacts on one of the most diverse ecosystems of the planet. Because of this, the establishment and proper management of RCA such as Tamshiyacu-Tahuayo, represent a key element to preserve this area, while providing food security for local dwellers. By understanding people’s lifestyles and integrating monitoring wildlife populations programs, it is possible to develop appropriate management plans to use resources in a sustainable way, while protecting these exceptionally diverse ecosystems that despite everything, still maintain an air of mystery that fascinates everyone who visits them, including myself. 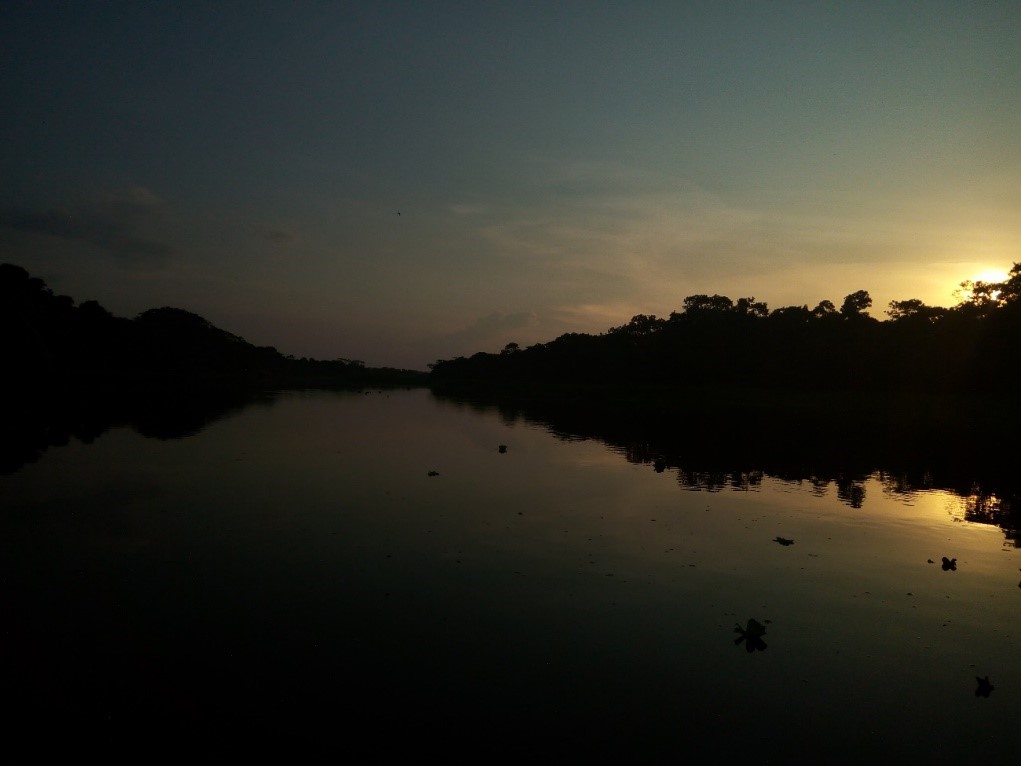 Sunset on the Yarapa River 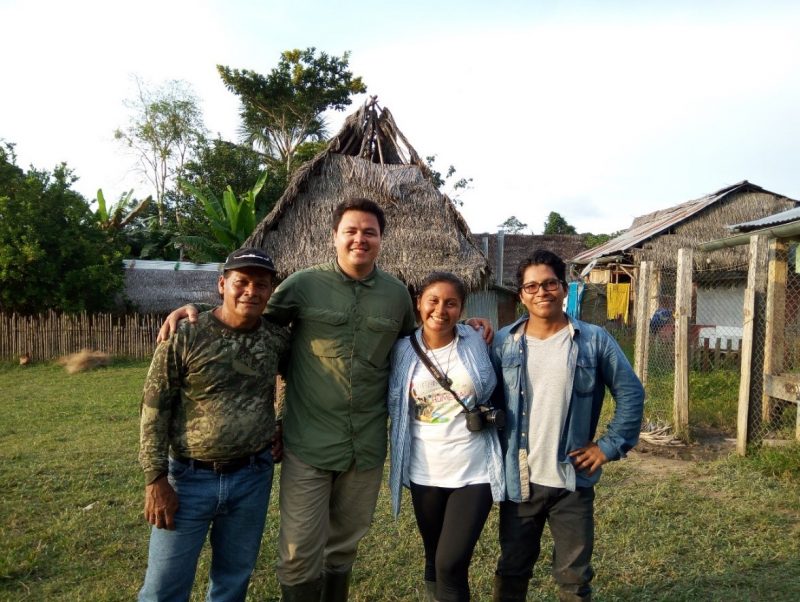 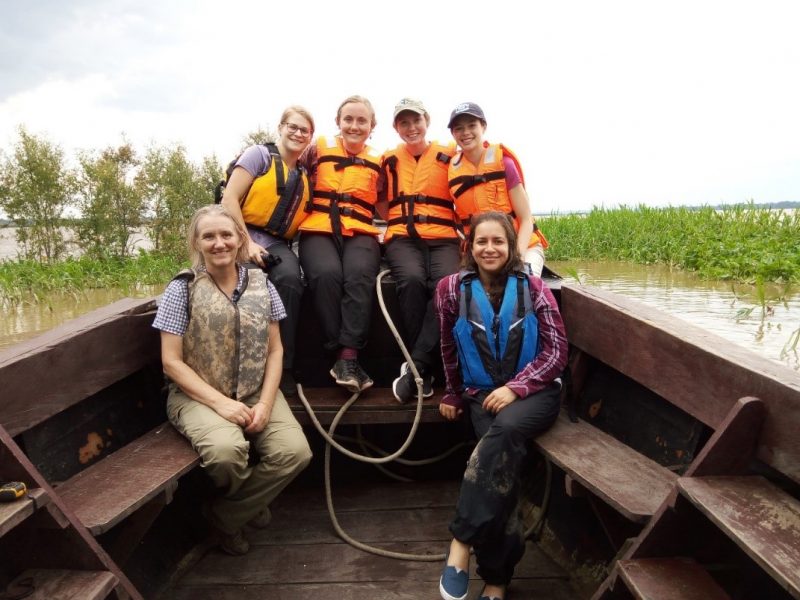 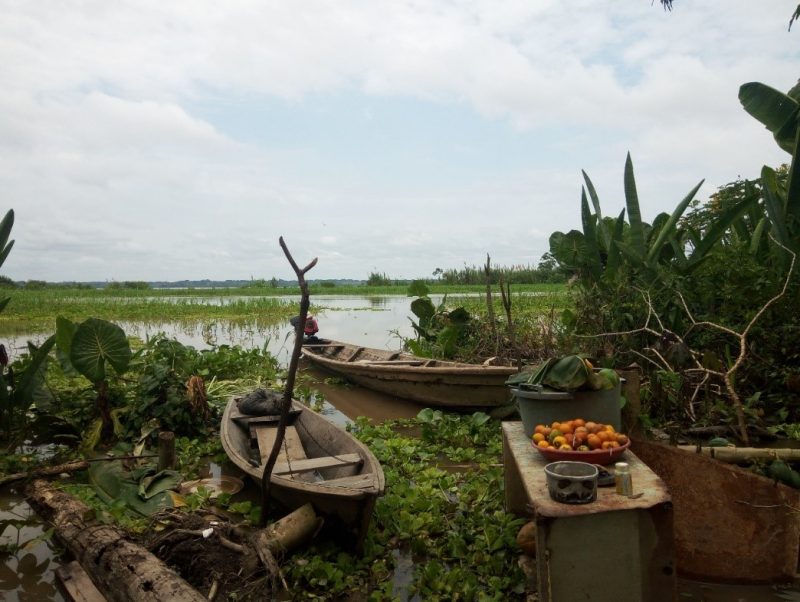 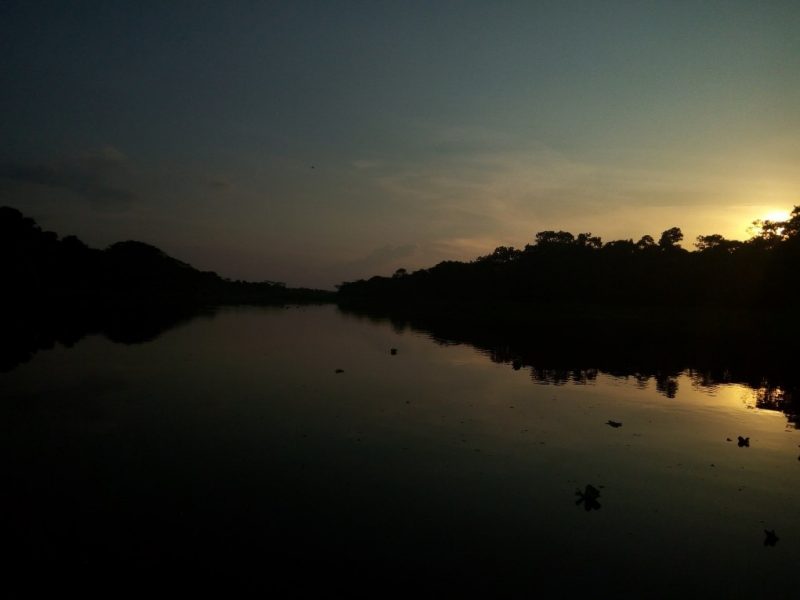