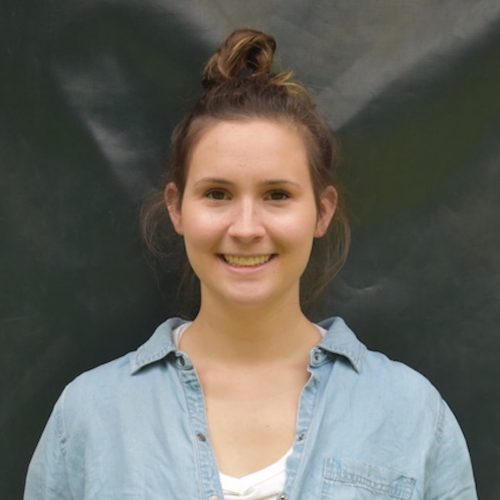 Today was the absolute best day of my life. Since I was young, I dreamed about going to Africa to see animals on safari. This dream of mine came true today and I still cannot believe it.

I started the day off knowing where we were going. My fellow study abroad students and staff were off to Lake Manyara National Park to study baboons and maybe if we were lucky we would see an elephant or a giraffe. Before leaving camp in the morning, I didn’t really know what to expect. I thought we would be gathering data on baboons all day, which we did, but there was so much more than I could have ever imagined.

As we entered the park, we immediately encountered troops of baboons. The males were large and masculine, females small and cute, and tiny precious infants running around with friends and riding on their mom’s back. Baboon troops are located all throughout the park- you just have to drive around a lot to find them! 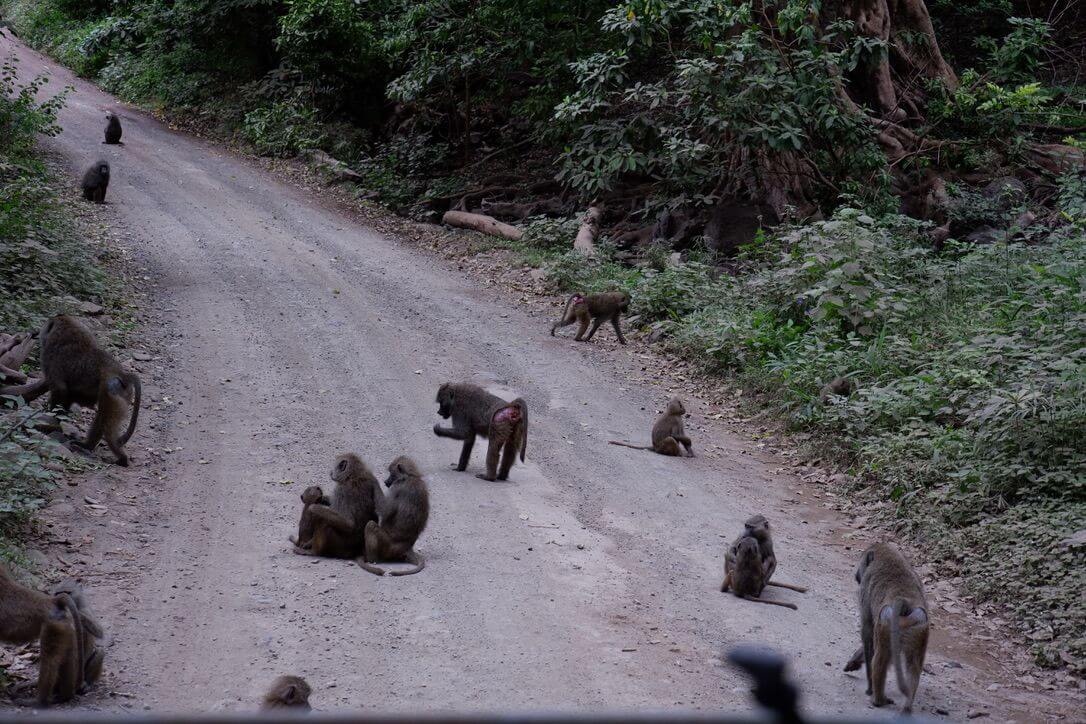 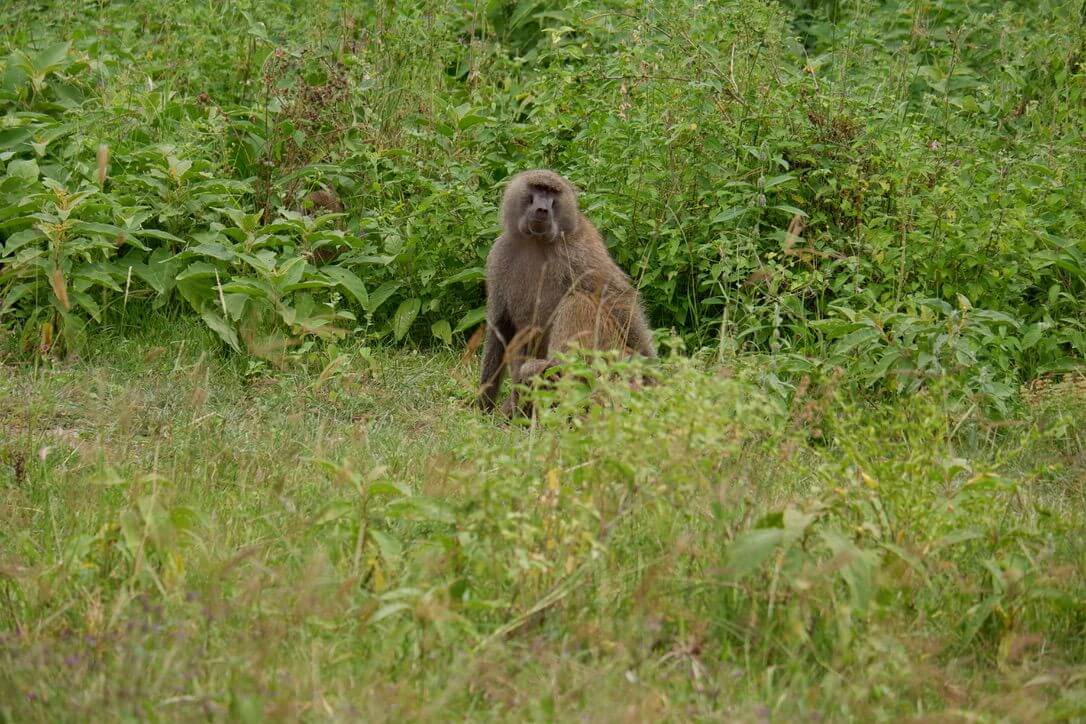 Turning the corner, I heard loud snorting. As I look to my left, just near some bushes was a family of warthogs! Forested habitat on the side of the dirt roads housed blue monkeys that chilled on rocks and vervet monkeys that bounced from branch to branch. Scattered elsewhere around the park were wildebeest, Cape Buffalo, a variety of bird species, impalas, Thomson’s Gazelle, Grant’s Gazelle, and waterbuck.

All of the animals at Lake Manyara National Park were amazing to see, but the ones that stood out to me were the elephants, zebras, giraffes, and lions. Here’s why… 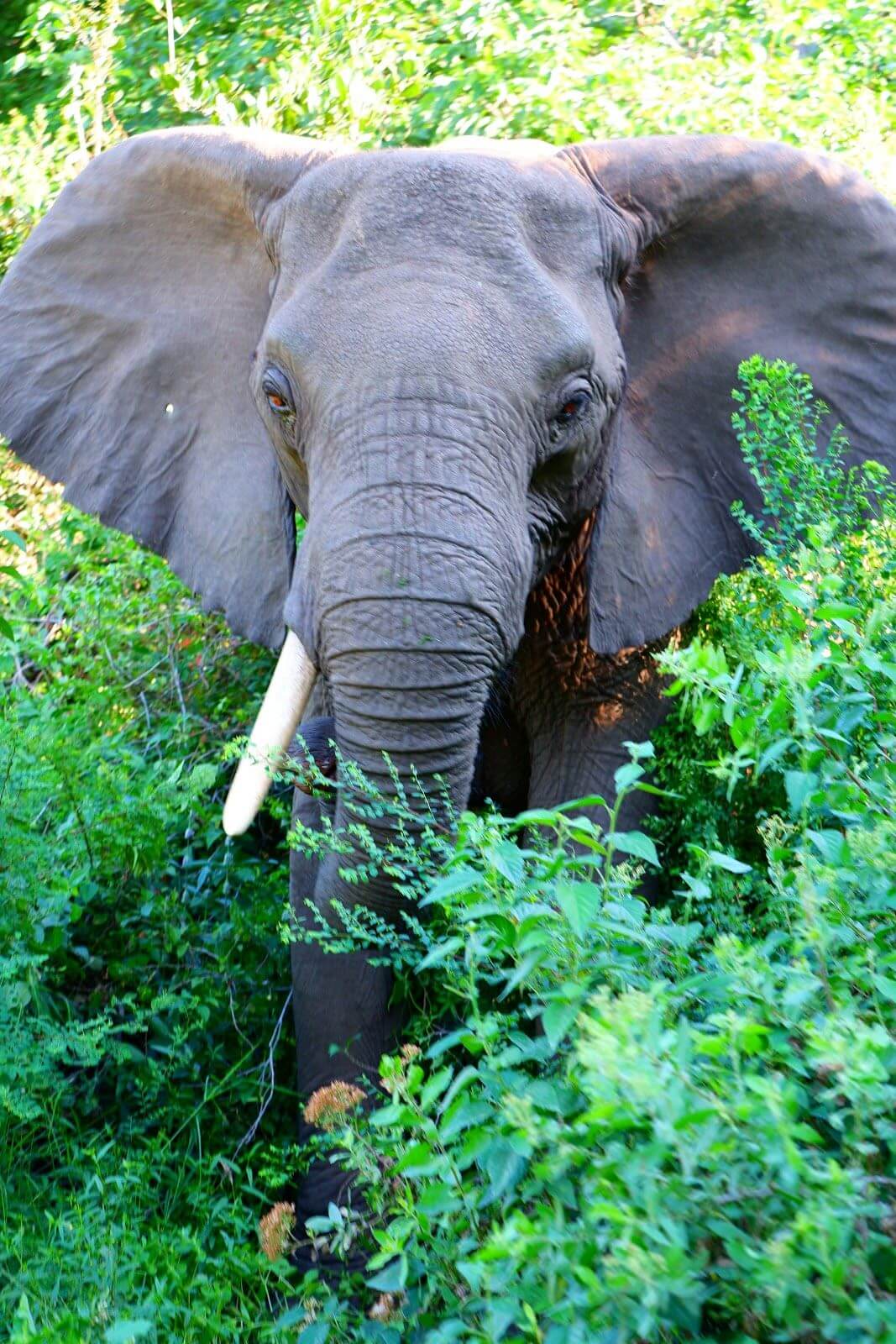 Exploring the park, we didn’t encounter a lot of elephants, but the ones we did see were only meters away- the perfect distance to see how majestic they truly are. My first elephant encounter occurred as we were driving down the dirt road. Off to the side, cars were cramming together- clearly indicating that there was something to look at. As I looked ahead, there was a huge male elephant crossing the road. Driving closer, to my left I saw a female elephant in the brush of the forest. She was big and beautiful with dark eyes, one tusk, a hole puncture in one ear, and a caring
personality. This was my absolute favorite moment with the animals and now my favorite memory of this day. She was only about four meters away from me when she stopped and stared me right in the eyes. It was the most amazing and indescribable feeling. We could tell that she wanted us to move out of her way so she could cross the road. Soon after we drove forward, she trekked out of the forest and headed to the other side. To our surprise, there was a little baby trotting behind her 🙂 So adorable! The father that crossed the road earlier vocalized loudly and called out to his family as if saying “hurry up, let’s go” and the mama replied by roaring her own vocalization back. I had a smile on my face for what felt like forever after this moment. 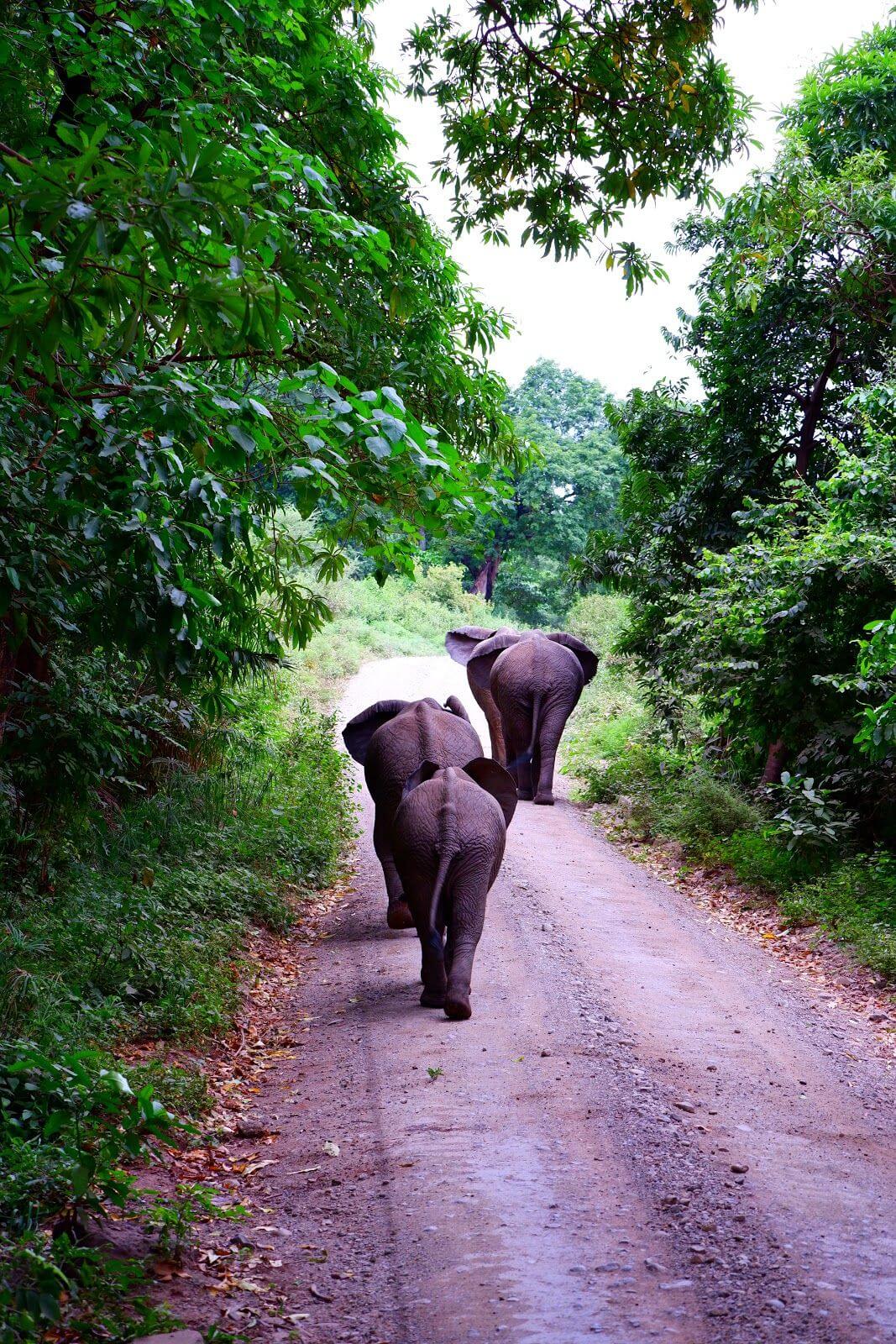 Thinking things could not get any better, on our way out of the park we were confronted by another elephant family- this time there were four! There were two adults and two juveniles. They too were in the middle of the road making their way to the opposite side to feed and drink. I heard one of the juvenile elephants making a slurping sound while drinking out of a puddle with her trunk- so cute!

In short, the zebras we encountered were amazing. They were so calm and so content. Their ears twitched, tails swayed, and feet trotted away as we moved closer. 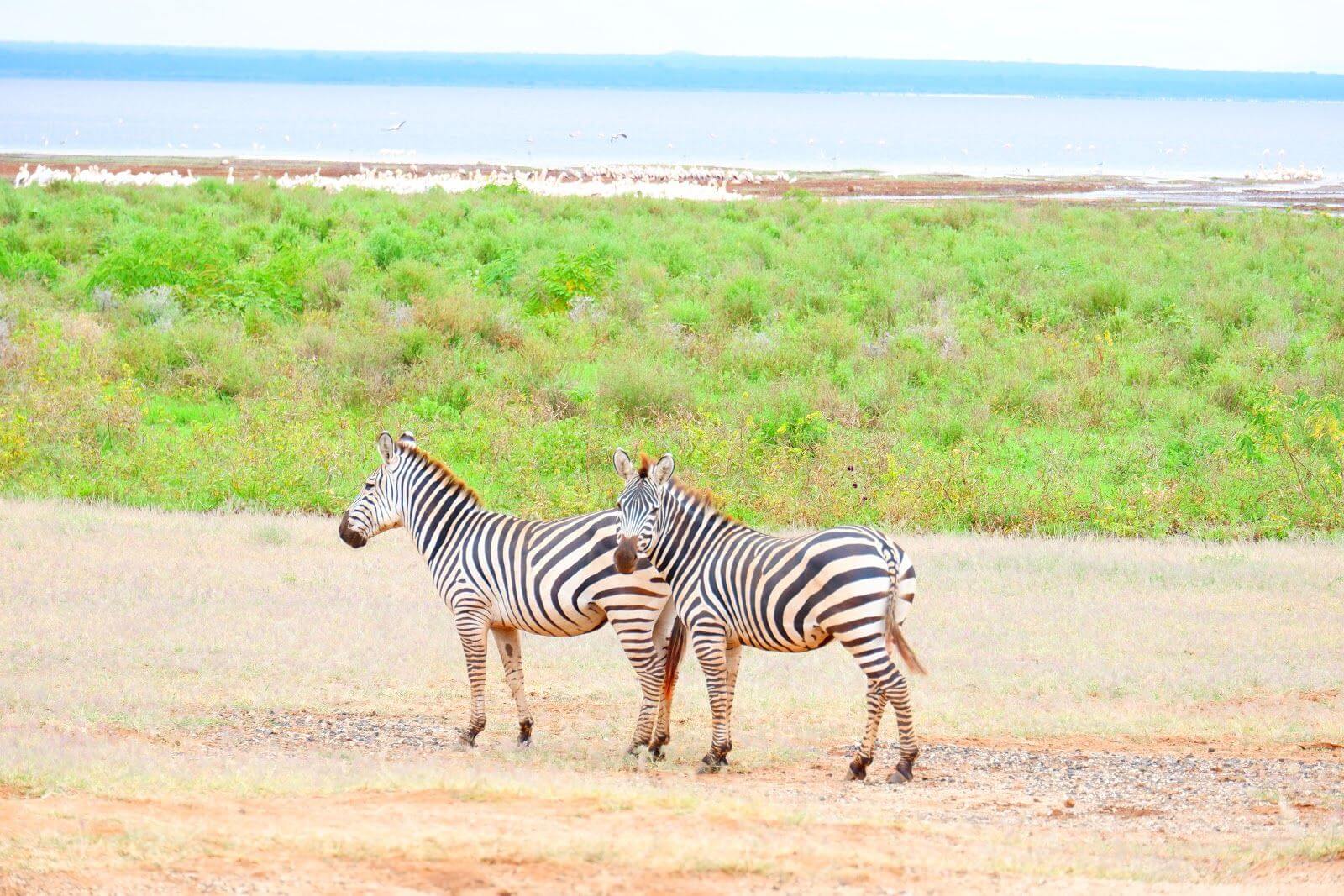 My other favorite animal of the day was the giraffes. As you look into the near distance, you will eventually find these tall beautiful animals poking their heads over treetops. They move so gracefully and slowly look around at their surroundings. I was in complete awe as I watched them walk around. Shortly after, I saw them run for the first time ever! I had never seen a giraffe run before- it was so exciting and fun to watch! 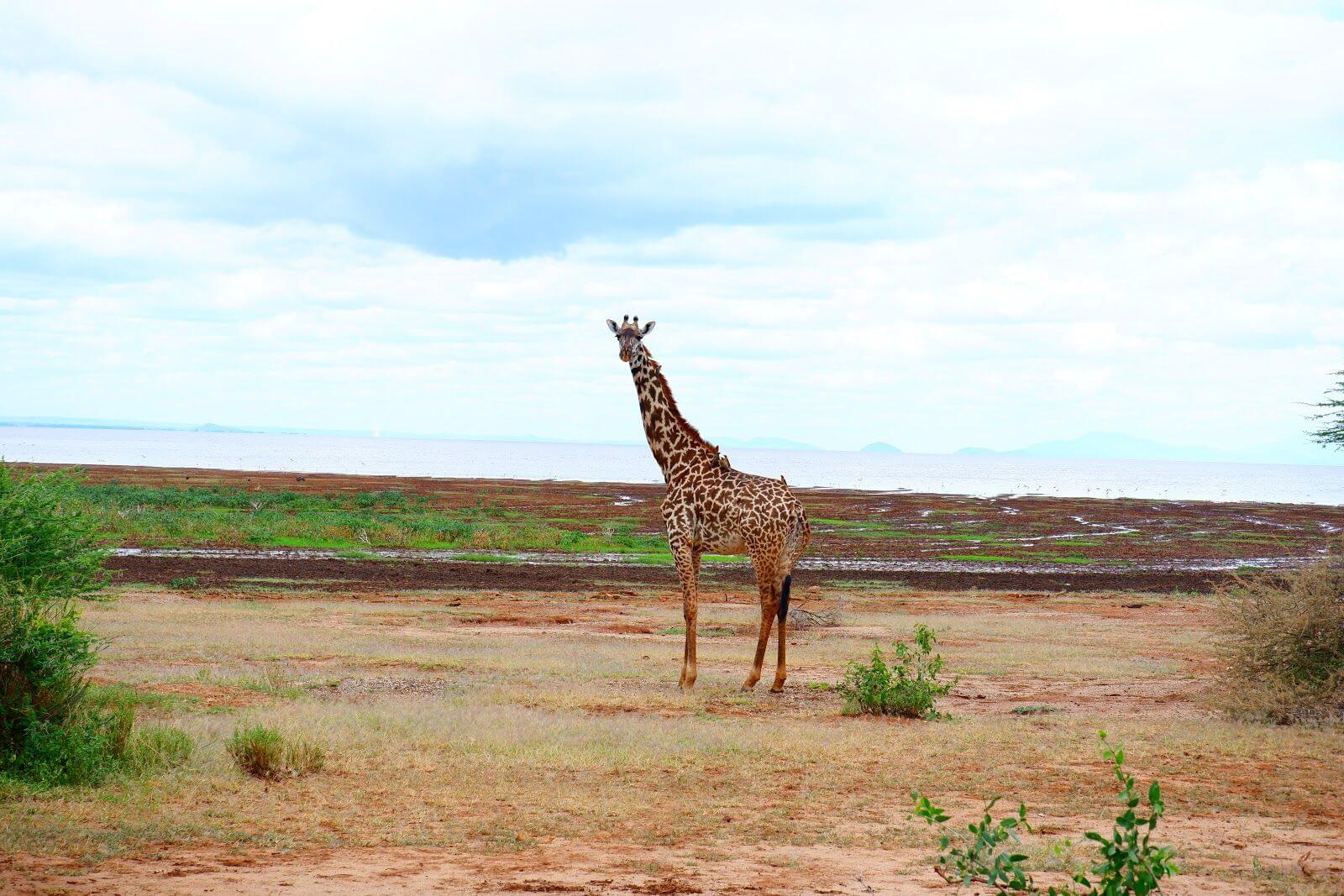 Last but not least, are the lions- the Queens of the Savanna. After stopping at a rest area in the park, we continued on our safari up a rugged dirt hill. Another driver that passed us said there were lions up in a tree ahead, so we continued on quietly to try and spot them. After a while of searching, I found them not too far ahead on a branch that hung right above the road. There were four female lions (lionesses) napping in a tree. They were literally right above our car! It was so cool! Sure, they were just sleeping- but, they were SO close! I could see their large adorable paws hanging down, their bright sharp teeth as they yawned, and even minute details on their fur. 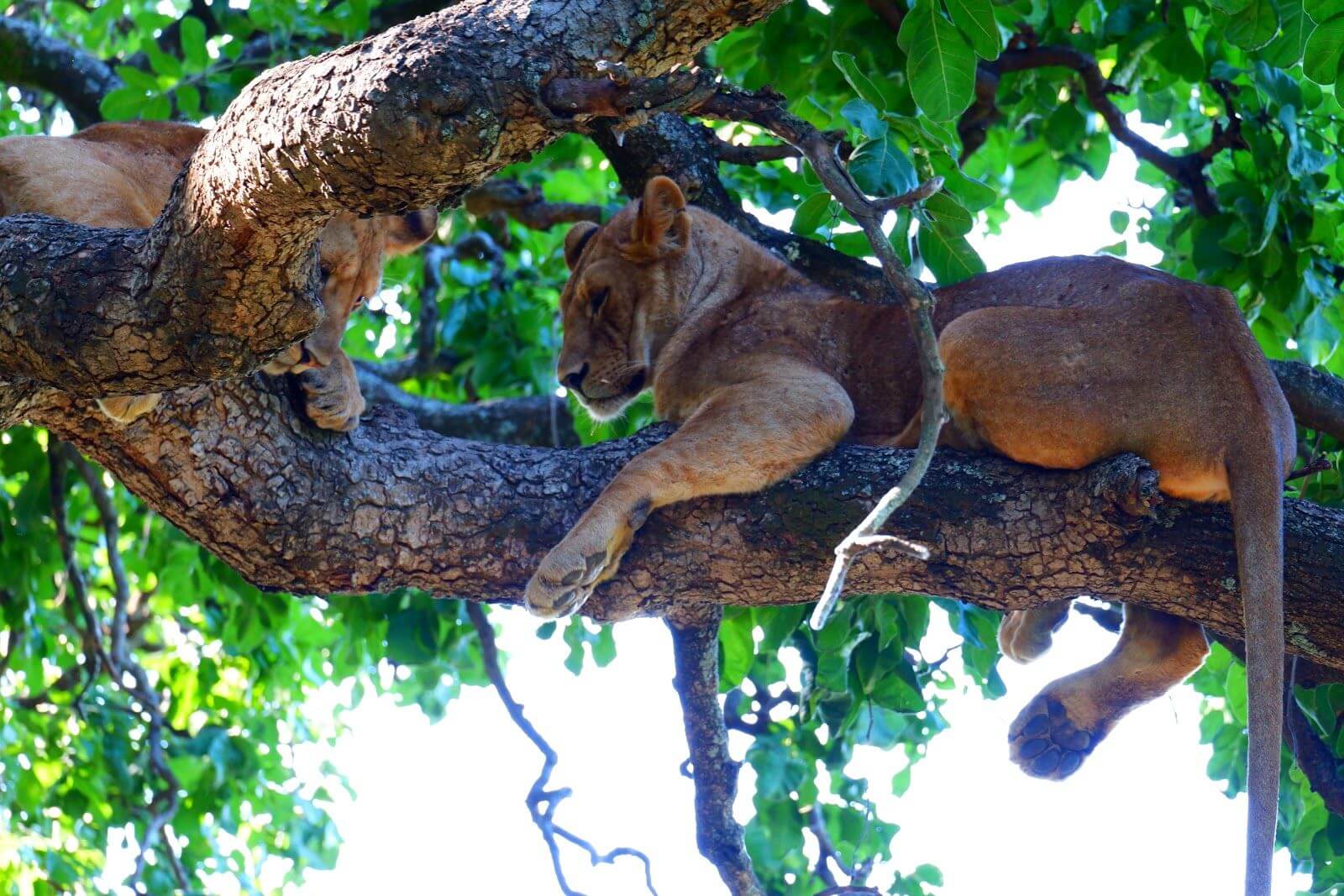 After today’s experience at Lake Manyara National Park, I can happily say that this is my favorite place in the entire world. The day was absolutely perfect. The sun was shining, the breeze was warm, the animals were active, and the views were breathtaking. I am super happy with all of the photos and videos I took; they will always be a symbol of this special day. I am so thankful to be studying abroad in Tanzania- one of the most biodiverse places in all of Africa, and perhaps even the world. I am forever glad I took this opportunity to travel halfway across the world to experience and learn hands on learn about wildlife and conservation.

Until the next journey,
Jenni

→ Fundamentals of Wildlife Management in Tanzania