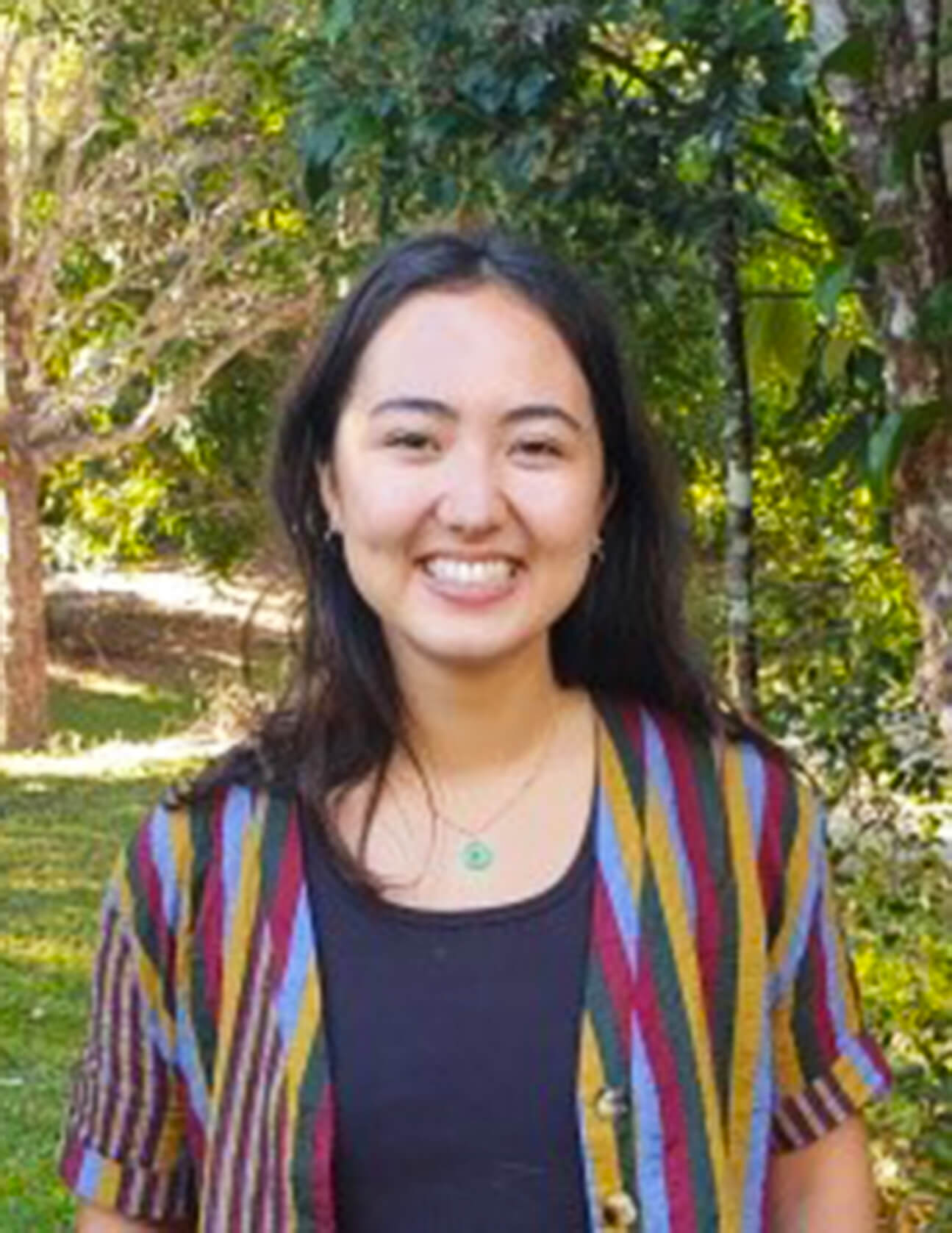 Awoken by the R2-D2-like screeches of the chowchillas roaming around our cabin, I grabbed my duffle bag and headed down to the centre; this week we were headed to the Daintree National Park. By 8:30am, we had packed up the vans and our lunches and set off on our 3-hour drive. Sitting at the back of the van, I was ready for a peaceful ride looking at the scenes out the window (the kind where you pretend you’re the star of an Australian movie)— this was far from the case. The remote trail that connects the Center for Rainforest Studies (CRS) to the real world and the windy road that is the Gilles Highway practically chucks you in every direction inside the van. However, while motion sickness is very real on the Gilles Highway, you can’t deny the beauty of the dense rainforest and hills that surround you. 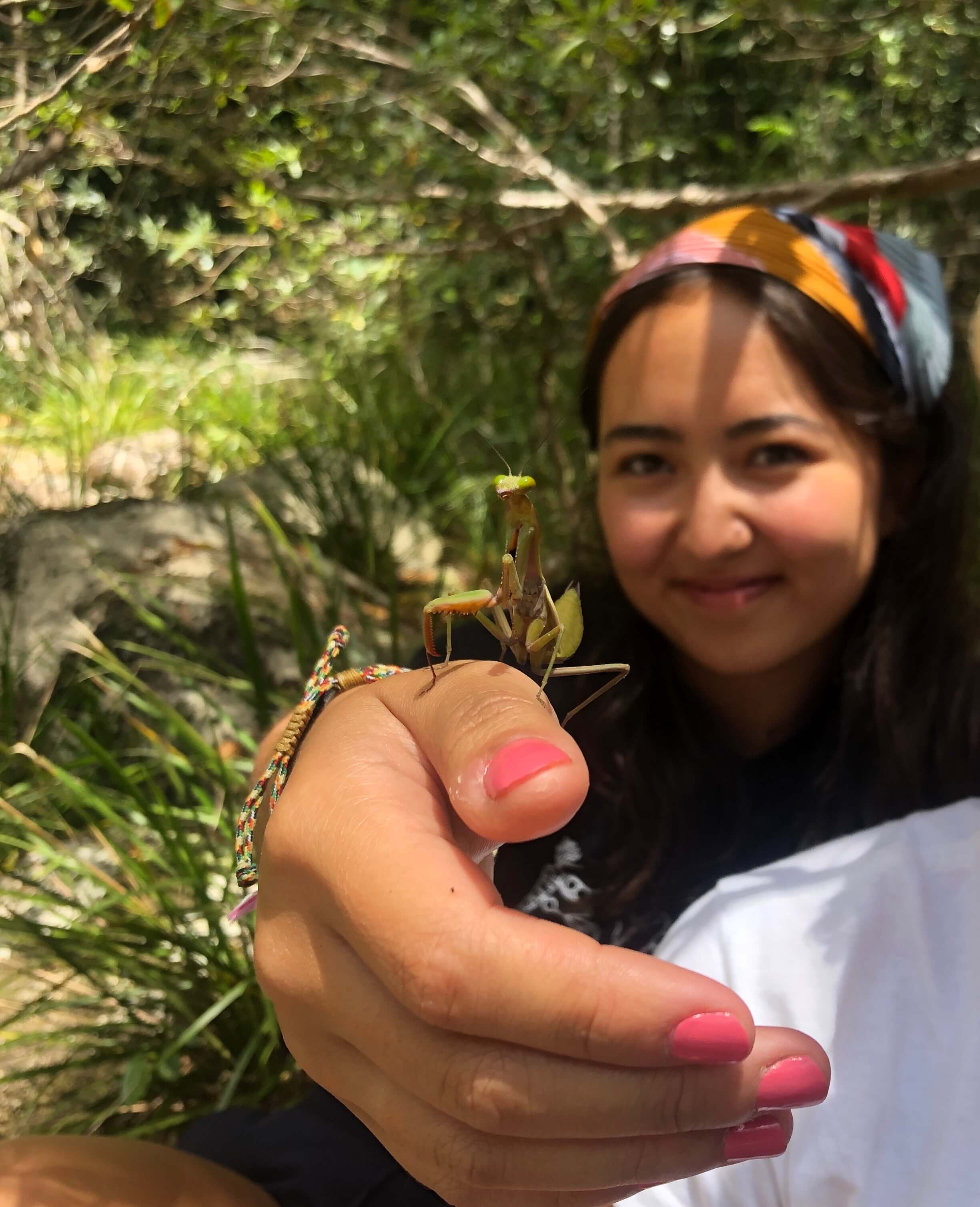 After chucking our bags in the hostel, we headed straight out on a boat in search of the Daintree’s infamous crocs. We got a good look at crocs of all sizes who were all assigned different names by the guides. It was adorable how comfortable the guides were with the crocs; the creatures almost seemed friendly (but nevertheless still terrifying). After the boat trip, we embarked on several different boardwalks in the Daintree, constantly on the lookout for cassowaries and other cool organisms. Among the weird bugs and snakes (mainly red-belly and green tree), we were lucky enough to observe 6 cassowaries in total— 4 adults and 2 babies! This was more than enough to satisfy me, but the rainforest had so much more to offer. Just a few days after our plant lecture, we got to experience the true biodiversity of rainforest plants. From the tiny bryophytes to the giant king ferns and mangroves, everyone was running around trying to identify plants in iNaturalist with a newfound appreciation for all things green. 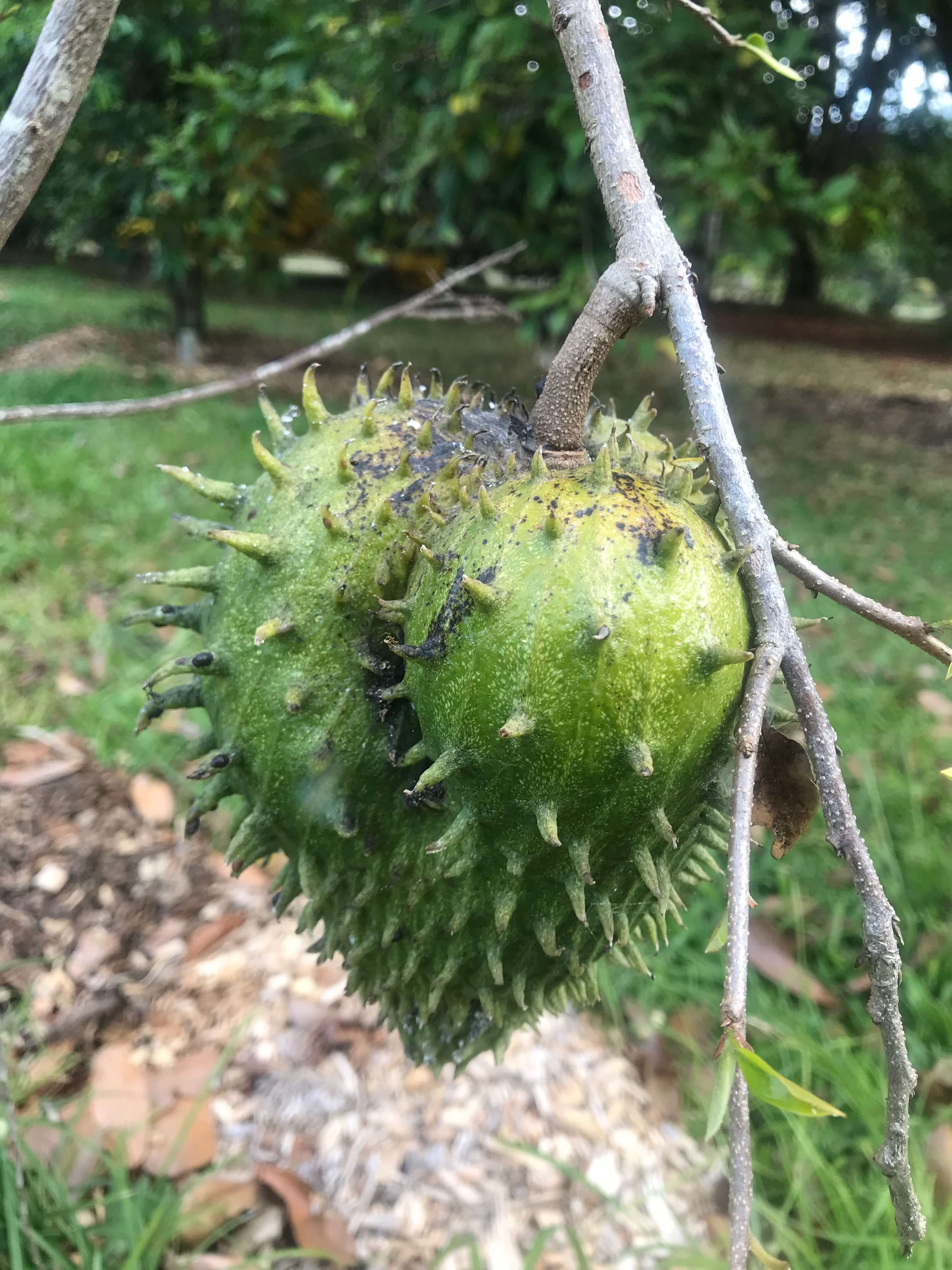 One spot we visited stood out to me the most: Cape Tribulation. I will never forget the magical opening that connected the wild rainforest to the most beautiful white sandy beach. It was unreal. We all agreed this was way too good to be true; it had to be a green screen. To make the experience even more surreal, we were given a lecture in this wonderful place. Our classroom that day was the beach, and it doesn’t really get better than that. 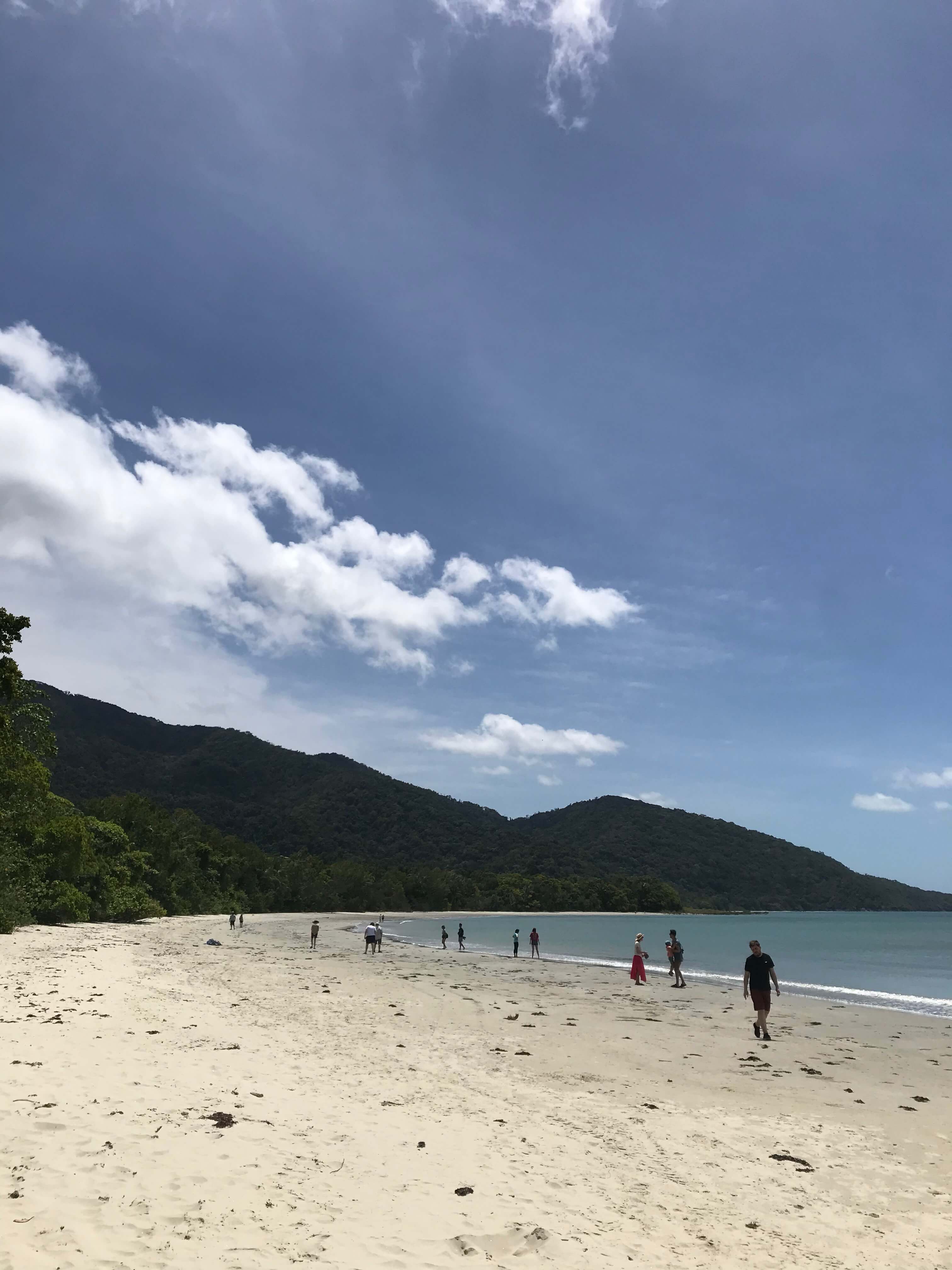 Outside of the rainforest we visited a biodynamic ice cream store with flavours from the classic vanilla (very underrated flavour if you ask me, when it’s good it’s really good) to coconut and pineapple rum to the store’s infamous Daintree ice cream. I will say, nothing can prepare you for the strangeness of their Daintree ice cream. With the flavours of the Daintree lingering at the back of our throats, we next dabbled in some exotic fruit tasting. Here are my top five and their fun facts: 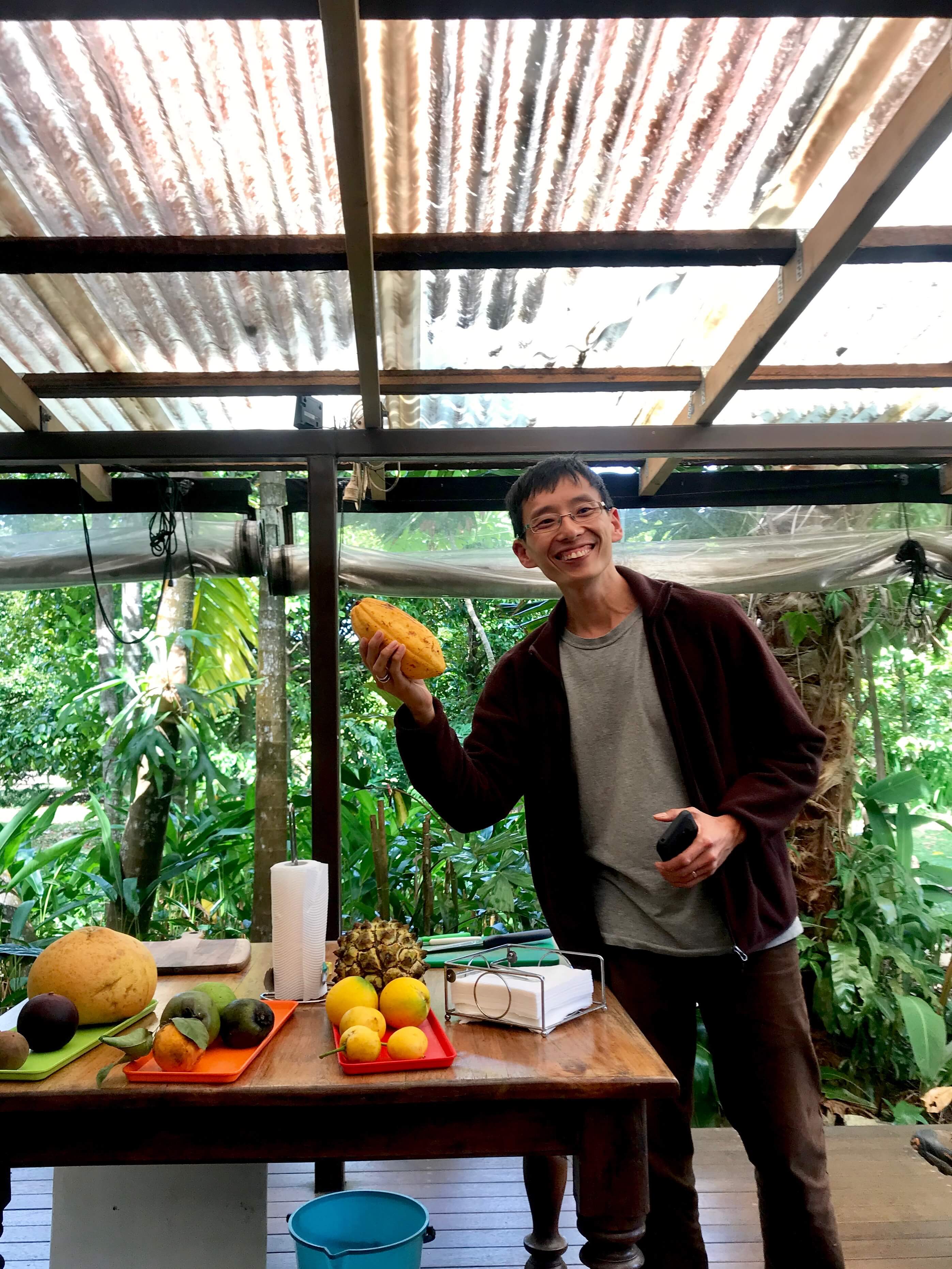 Full of fruit, ice cream and the delights of the Daintree rainforest, I felt lucky to be able to experience so much in just a few days. SFS really jam packs your schedule, and while it may be hard to take it all in at the time, the realisation of how much you learnt and saw and did hits you all at once later on. And it’s nothing but happiness. Returning to the centre, I came to appreciate the surrounding rainforest as its own beautiful commodity, just as the Daintree, and now welcome the chowchillas’ tweets each morning as my own personal alarm clock.