Addressing anthropogenic climate change is becoming an increasingly urgent problem. One method for doing so that is gaining increasing acceptance is the sequestration of atmospheric CO2 into living biomass, e.g., through improved agricultural practices, forestry plantings, and ecosystem restoration projects. This semester, students at the SFS Center for Rainforest Studies (CRS) explored differences between active restoration and passive restoration on the CRS property. The “active restoration” site the students surveyed was planted with a diverse mixture of native rainforest tree species around 1994 (i.e., vegetation at the site was ~25 years old), while the “passive restoration” site was an area of cattle pasture that had been abandoned ~1980 (i.e., vegetation at this site was ~39 years old) and vegetation was allowed to regrow at the site with no human intervention. These two sites were compared with an area of undisturbed rainforest on the CRS property (Figure 1).

Students took this opportunity to practise surveying vegetation physical structure, and to learn about some of the differences in tree species composition between the three sites. This work will be continued, and expanded upon (e.g., to include measurements of carbon sequestration), in this semester’s Directed Research course. Some of the students’ results are shown below. 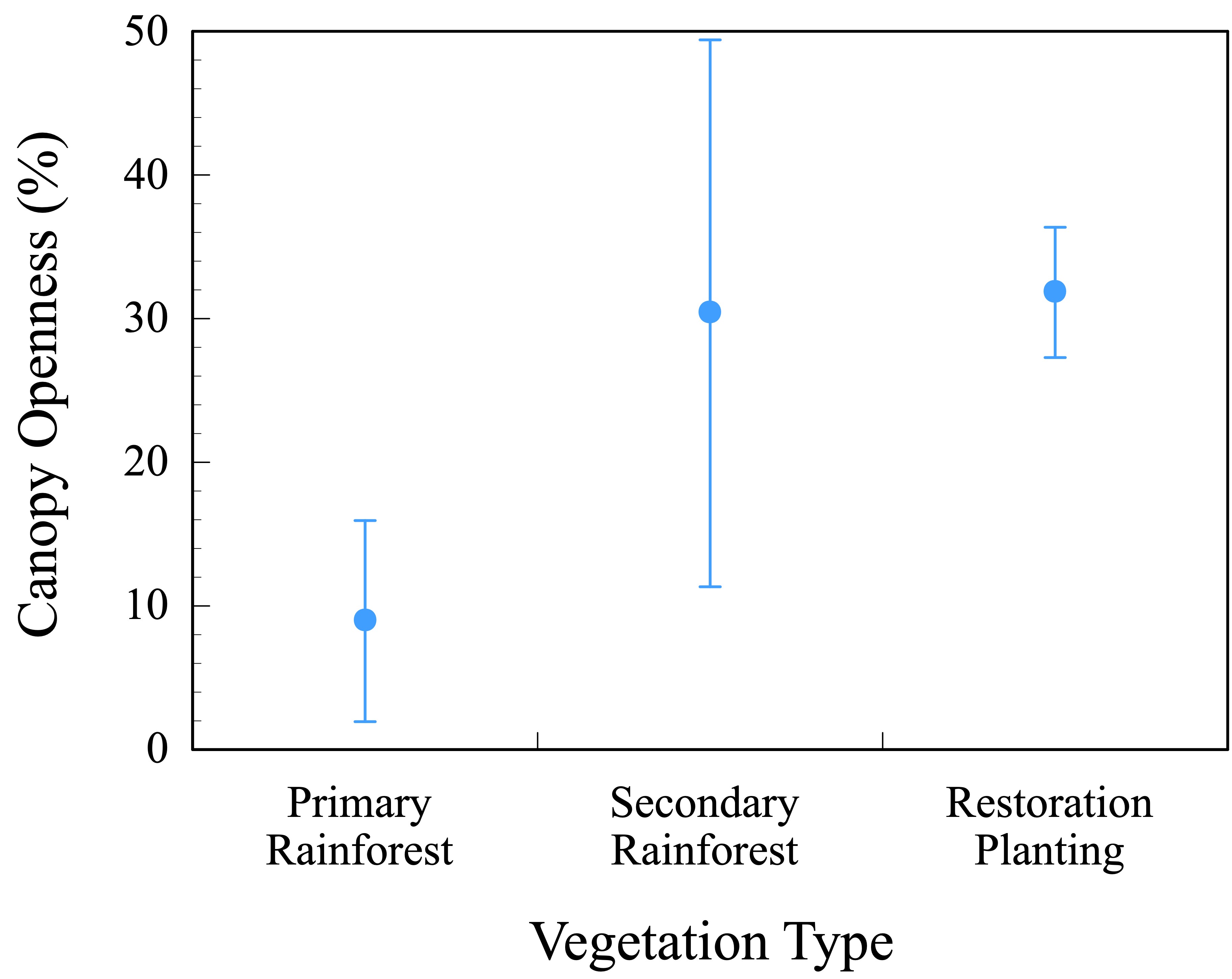 Figure 2. Students measured canopy openness (which is directly related to the amount of sunlight that reaches the forest floor) with a convex spherical densiometer. Mean values (and 95% confidence intervals) for canopy openness are shown for each of the sites surveyed. Canopy openness (and thus light availability) is substantially greater in the secondary rainforest and restoration planting sites than in the primary rainforest. Indeed, students observed numerous pioneer (light-demanding) tree seedlings growing in the understories of the secondary rainforest and restoration sites. 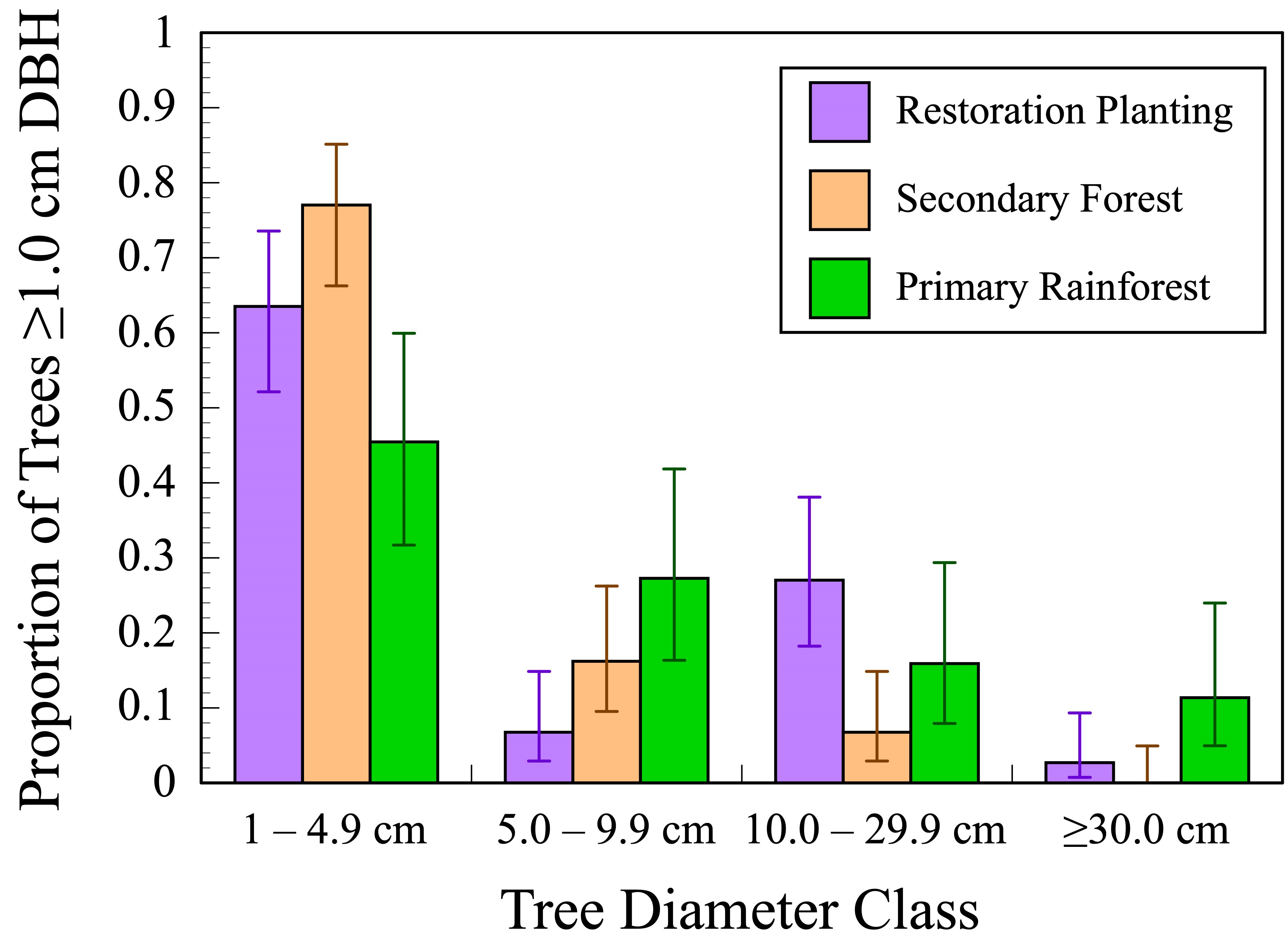 Figure 3. Students measured the diameter at breast height (DBH) of all trees ≥1.0 cm DBH in one 10 m  10 m plot within each vegetation type surveyed. The proportion of small trees was greater in the restoration and secondary forest sites than in the primary rainforest, while the proportion of trees in larger size classes was greatest in the primary rainforest. Overall proportions (and 95% confidence intervals) of trees within four diameter size classes are shown for the three sites surveyed. 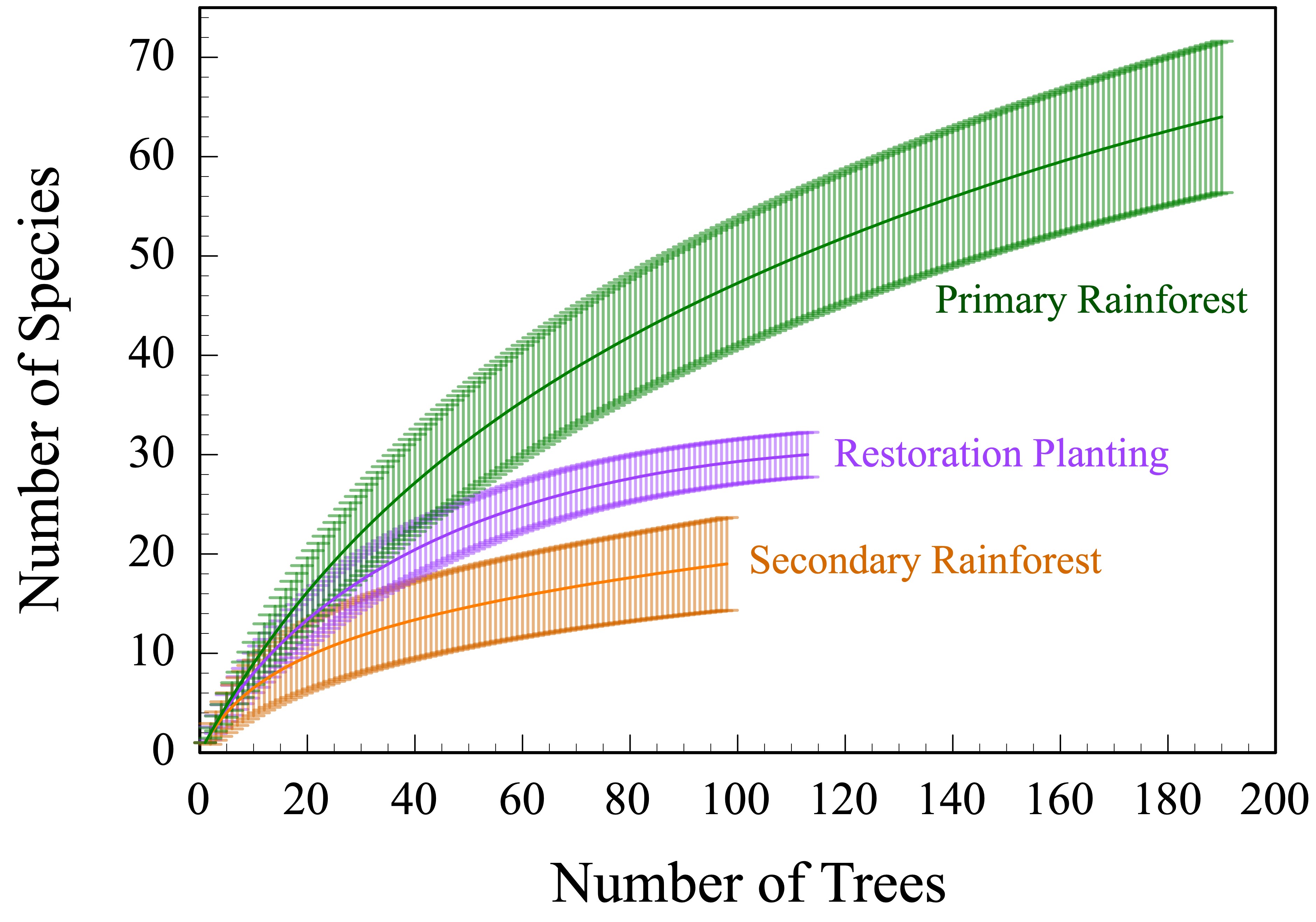 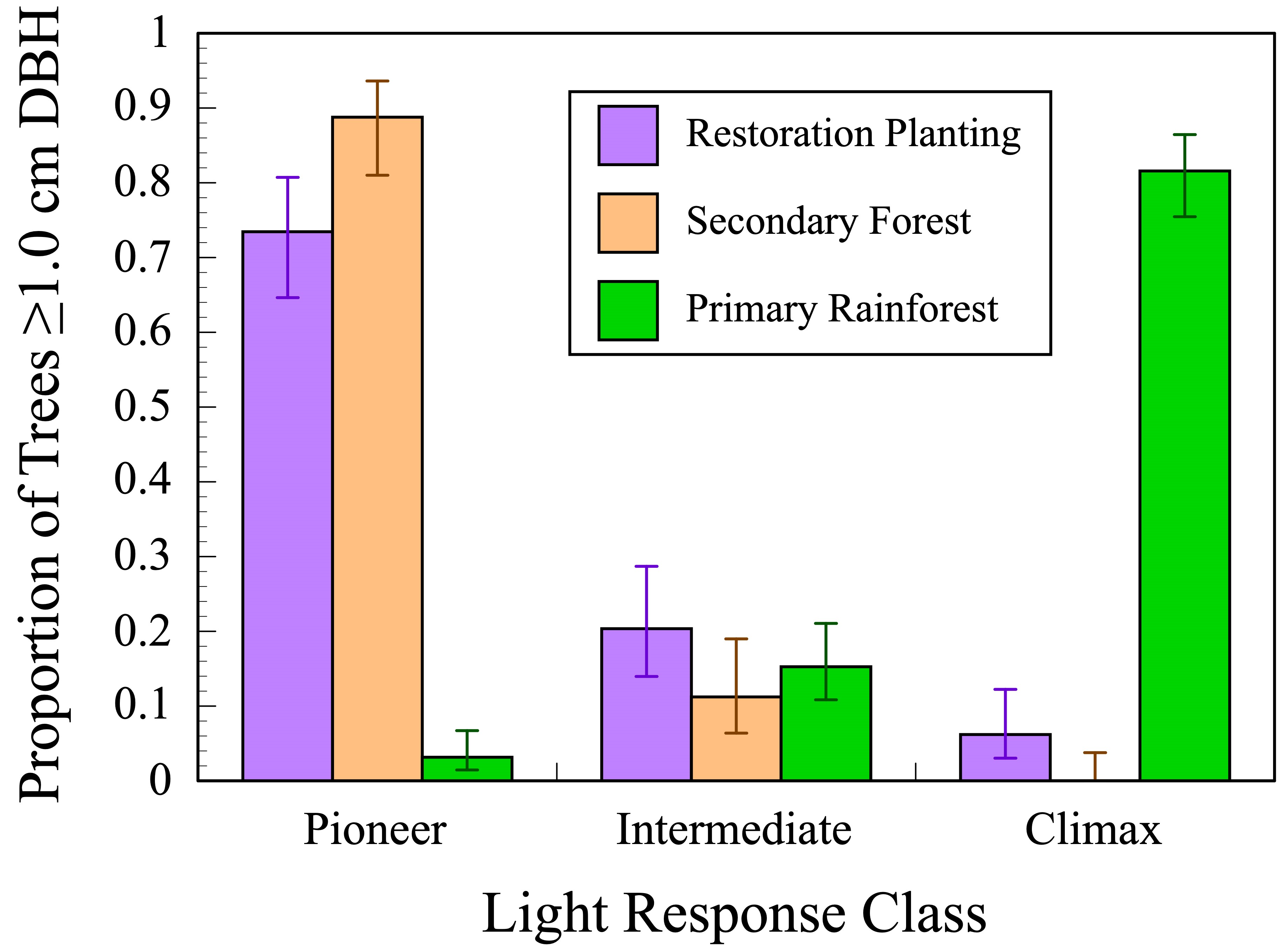 Figure 5. Species were divided into three categories, based on their responses to light availability. Species which require very high light availability and which are capable of very fast growth rates are known as pioneer species. Species which are able to survive in deep shade and which are only able to grow slowly are known as climax species. Species which lie between these two extremes were considered “intermediate species”. The proportion of trees ≥1.0 cm DBH in each vegetation type (and 95% confidence intervals) are shown. Primary rainforest is dominated by climax species, while secondary forest is dominated by pioneer species. Although more than half of the seedlings initially planted in the restoration site were from either intermediate or climax species, the restoration site is almost as dominated by pioneer species as the secondary rainforest site is. This may be due to the abundant recruitment of pioneer species that was observed at the restoration planting site.