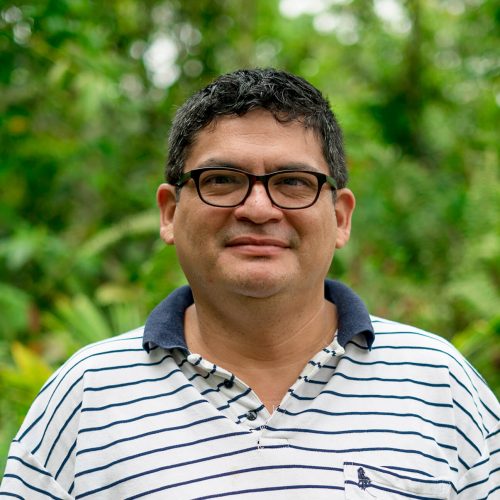 Observing the Land, Listening to the Community

Visiting native communities with Pre-Columbian economies in the Western Amazon

Recent intense forest fires in the Brazilian, Bolivian and Colombian Amazon have received international attention. The capacity of countries to manage the negative impacts climate change may have on biodiversity as well as the maintenance of ecosystem functions of global importance such as carbon sequestration have been called into question. Some analysts have defended community-based approaches in the management of protected areas, arguing that such approaches yield positive results in terms of conservation and biodiversity statistics, as is the case in the Loreto region of Peru over the last 25 years (Bodmer et al.,2017).

A few weeks ago, students of the SFS Peru Center had the opportunity to visit the boat “Rio Amazonas”, a Biological Research Station operated by Dr. Richard Bodmer within the Tamshiyacu-Tahuayo Regional Conservation Area, very close to the confluence of the Amazon River, where the Ucayali and Maranon rivers meet. Each semester, SFS Peru students go on this field visit to learn about Bodmer’s methodology for Amazon wildlife monitoring. This semester, we saw pink dolphins, macaws, and monkeys and talked with members of the kukama-kukamiria “Ramon Castilla” community. Discussions in this community about ecological economic conflicts and lectures from Dr. Bodmer about community-based management nicely augmented what they have been learning in my Political Ecology course. 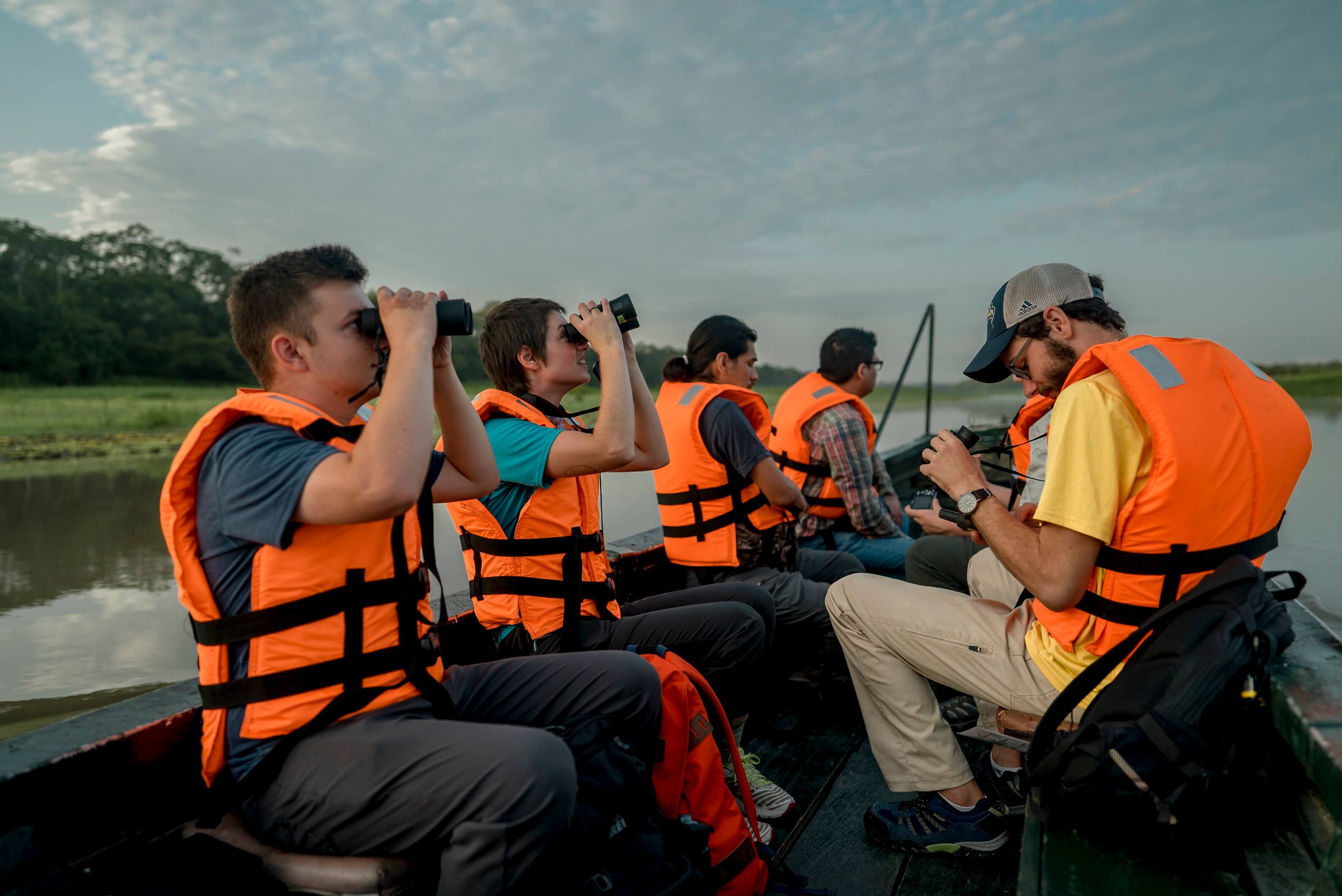 The economic dimensions of community-based management by Indigenous communities have been cited as a major reason forest fires did not happen in Peruvian Amazon (Bodmer et. Al, 2014). Indigenous communities whose traditional livelihoods depend on hunting, fishing, and traditional agricultural systems have dynamic uses of natural resources. A full understanding of the way that these communities utilize natural resources and the knowledge held about that contradicts more traditional economic approaches, viewing such resource use only as a dimension of poverty, rather than a part of the larger traditional ecological knowledge that connects Indigenous communities to their land and offers a potential framework for conservation. For example, some policy makers in Peru view such resource use as a backwards sector, considering only monetary variables in their analyses. (Garcia, 2009, De Soto, 2010).

According to the 2017 Census (INEI, 2017), there are 2,703 native communities in the Peruvian Amazon, the majority of which have subsistence economies that rely heavily in the sustainable use of natural resources for food security. In Tamshiyacu-Tahuayo regional conservation area, populations of major indicator species such as dolphins, mammals, and shore birds have been increasingly under the management of the three Indigenous communities in the area (Bodmer, op.cit.). The community-based management developed by Indigenous people in the regional conservation area allowed them to shift the area from open-access fishing and hunting to a common-pool resource management dynamic (Ostrom, 2009). Sustainable fishing, hunting and subsistence agriculture (mostly used for their own consumption) plays a central role in the life of native communities. Communities may also organize the sustainable wild species harvest of some non-timber forest products to be sold in regional, national and international markets. 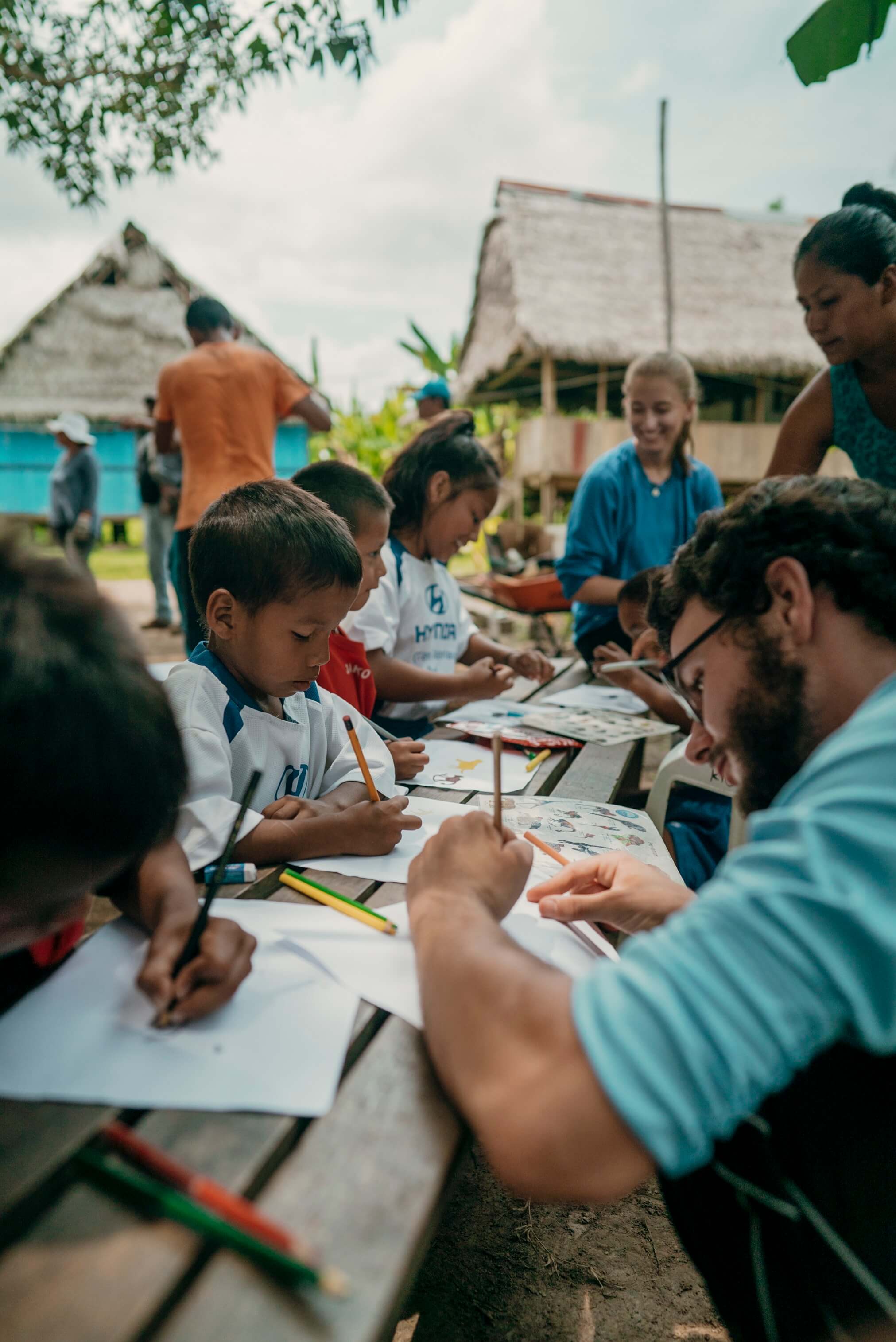 In my Political Ecology course, we discuss that the economic dimensions of the decision-making process of the Indigenous people must be considered following a Georgescu-Roegen model, including the two first laws of thermodynamics in the analysis (Martinez-Allier, 2002) and not only including ecosystem service values as if they would be solved by the market (Gowdy, 1997). Sustainability of the non-timber forest production and conservation of biodiversity associated is achieved by respecting the values of Indigenous people (Sen et. al, 1993). This includes the right for all communities to maintain their traditions in gathering, fishing and hunting, without pressure from public officers for developing projects without their opinion in their lands for the purpose of activities deemed to be more “profitable”, as has been done in the past. 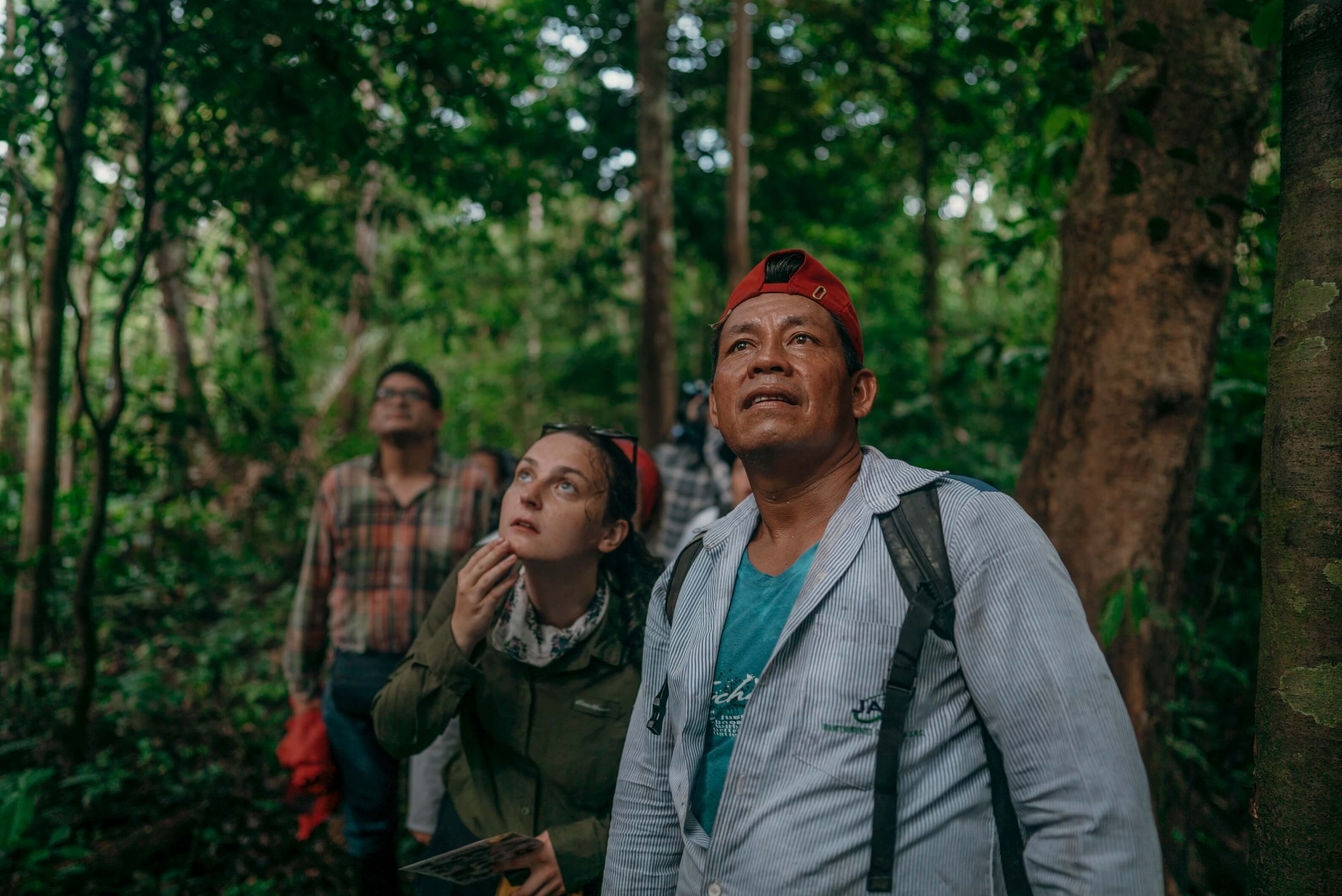 The main challenge community-based management systems currently face is maintaining adequate support of respect for land titling rights from the Peruvian State. This would include support for the completement of land titling for Indigenous communities and fostering integrated and participatory sustainable projects, plans and policies. Recall that Peru is going on 200 years of independence from Spain but has more than 2,000 years of Amazon Indigenous history, during which Indigenous communities have developed traditional ecological knowledge. Communities know about edible fruits and nuts, medicinal plants, how animals interact with their environments, as well as hold wisdom about nature and the forest generally. The respectful dialogue of all stakeholders, for example, between urban and rural populations, is key to find solutions for building a long-term, sustainable future for the Peruvian Amazon (Salo et al, 2017).

During their Tamshiyacu-Tahuayo field trip, SFS Peru students observed that the conservation of natural resources in Indigenous land involves not looking at only monetary profits, but also food security of native communities for their subsistence economies. A challenge for sustainability in the Peruvian Amazon region is to build a positive partnership between the Peruvian government and Indigenous communities, emphasizing the inclusion of communities on decision-making processes about ecosystem services and conservation. 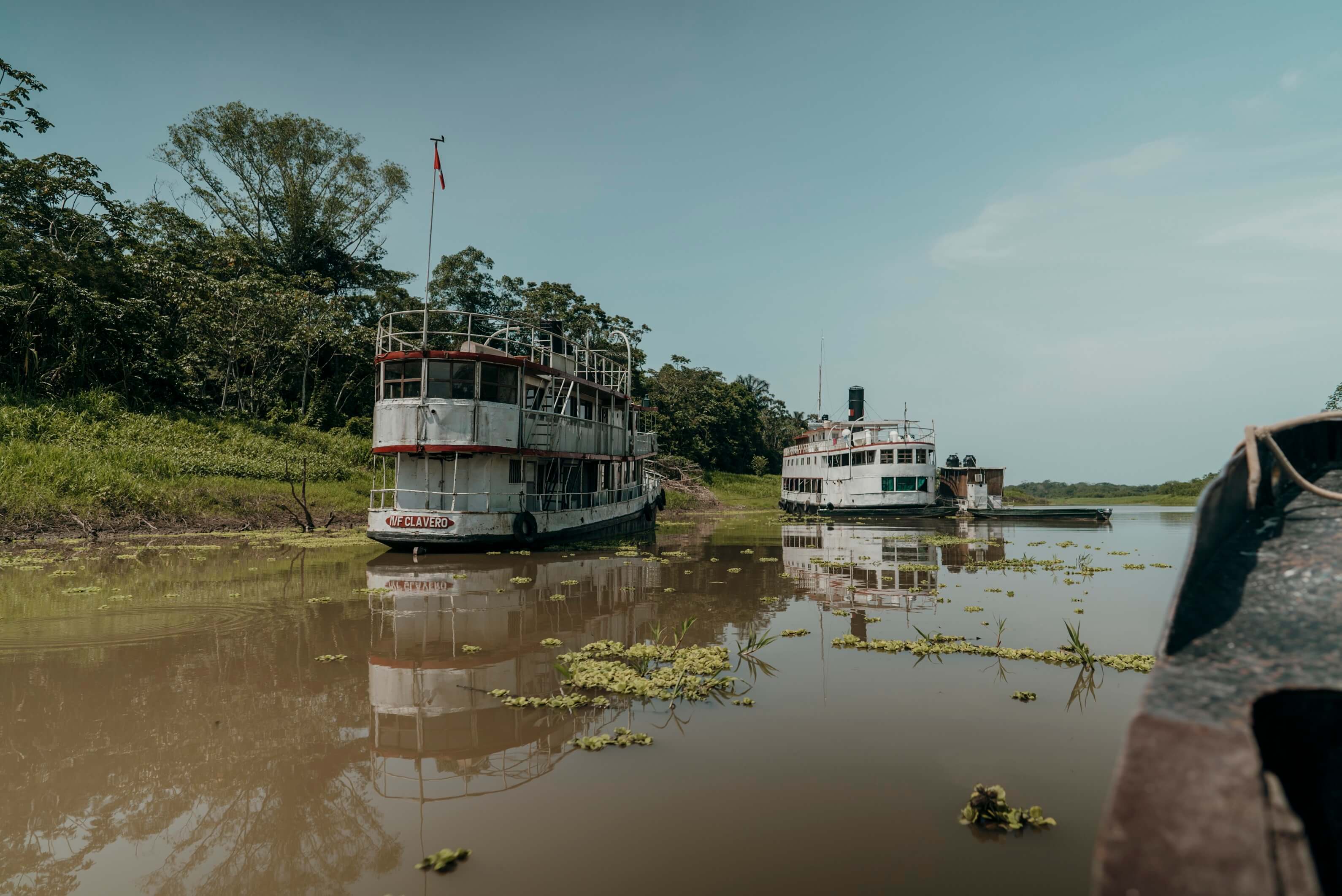 Martinez-Alier, J 2002, The Environmentalism of the Poor A Study of Ecological Conflicts and Valuation. Edward Elgar, UK.